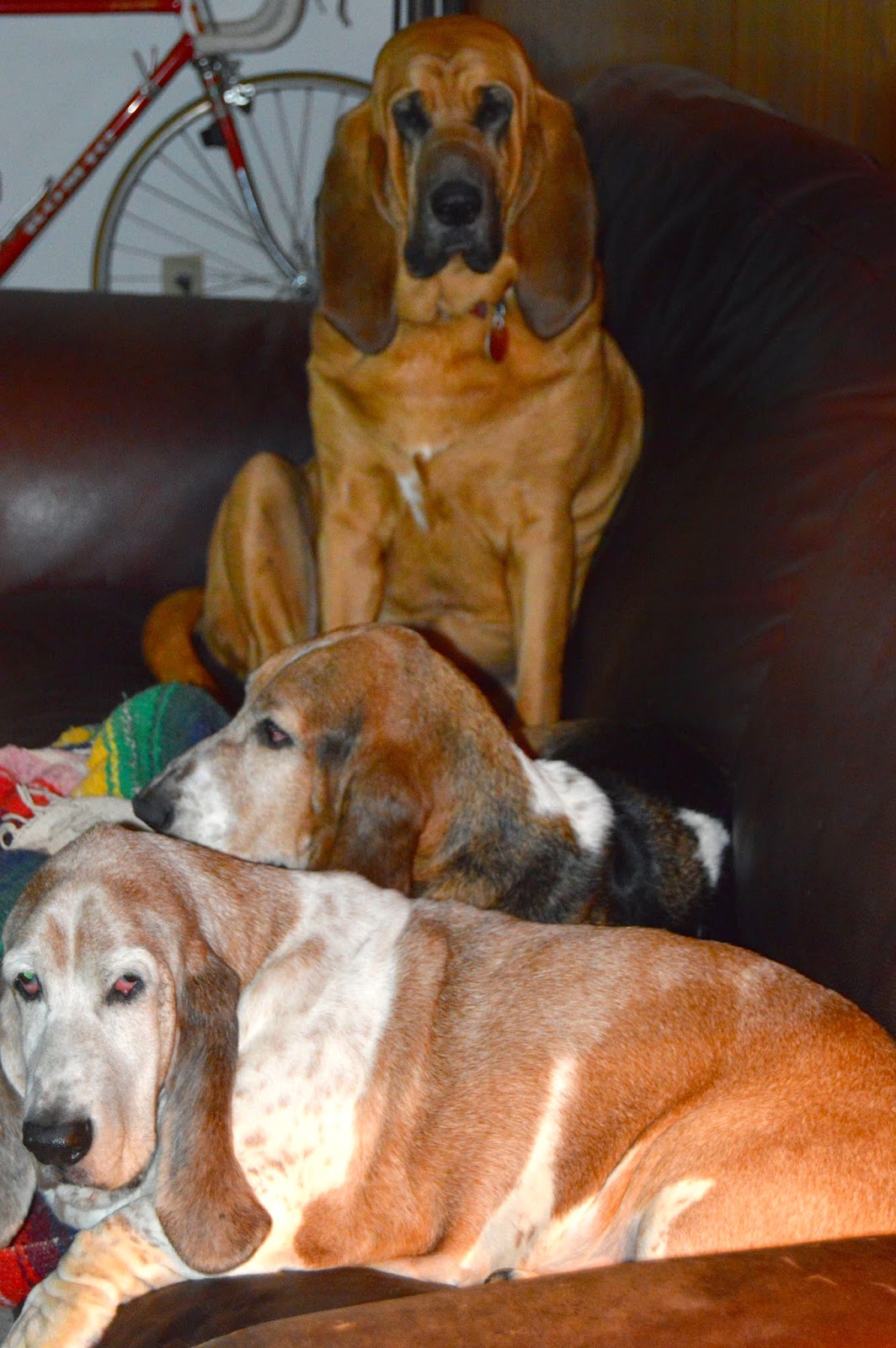 Before we get into the reasons why Heidi's treatment is changing direction, I thought I'd post a picture of Winston and Sadie outside on Christmas day with very unusual weather ... like high 40's.

Since they know the weather should be colder, all three hounds have done their annual migration to the leather couch. Luckily when I want to sit there to watch a game, a movie, or read a book ... one of them will move to another chair or spot on the floor.

Like I was saying, Christmas Day did not feel like the typical Midwestern winter day. It was just a few years ago we had over 24" of snow and I was clearing driveways a couple of different times due to the non-stop snowing. Not this year.


I think you will agree this next picture looks like a cool November day in the Midwest.
Sadie doesn't like the iPhone camera but loves posing in front of the Nikon D3200 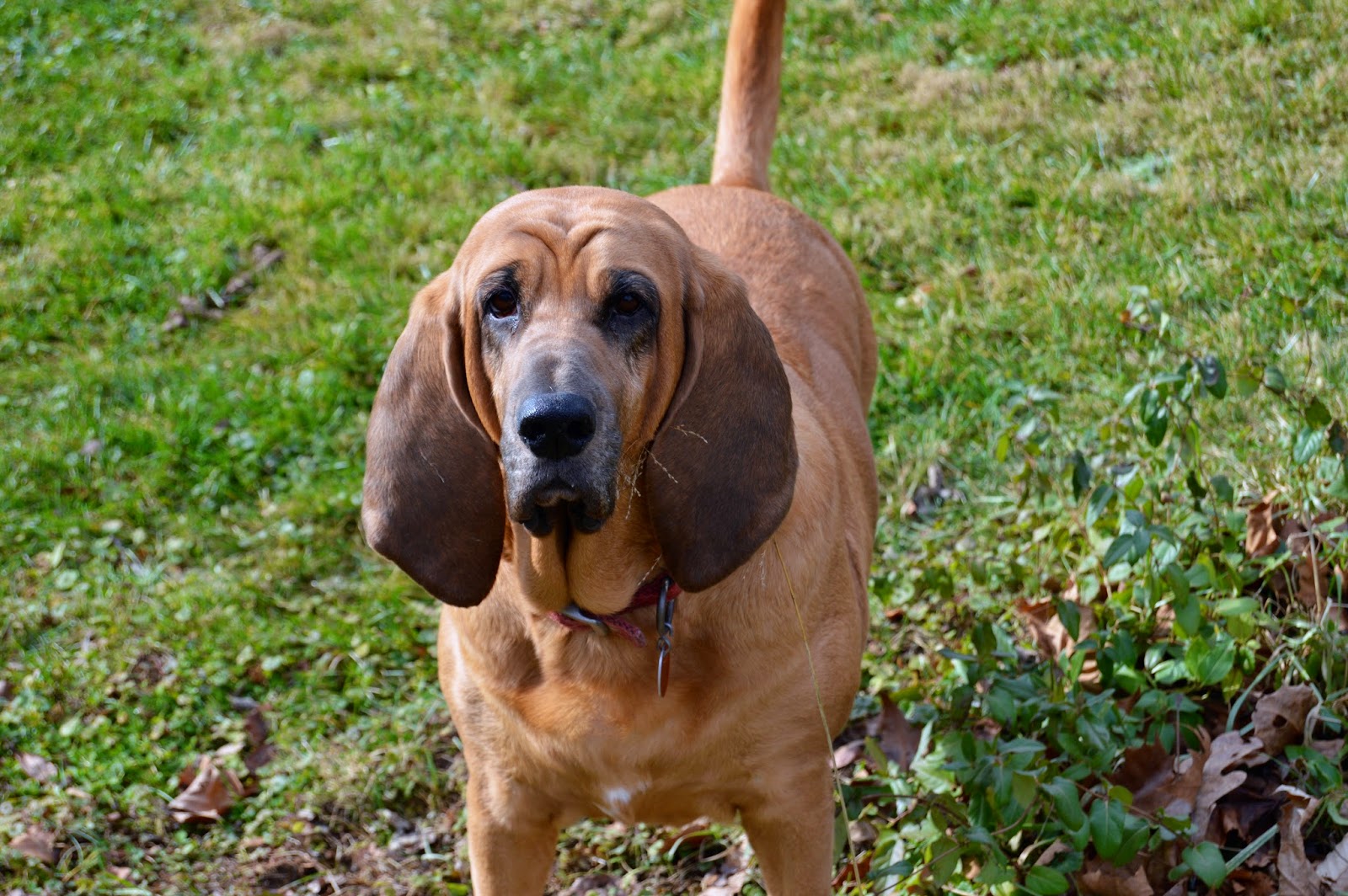 Atopica did improve her paws and neck area. So that improvement that made me consider that still being an option. Yet, treating her without harsh drugs is my first choice. I do not expect instant results and not even the two week results where those forum owners spoke about. All dogs are different as well as treatments. I plan do this food combination for months before I decide if any changes are needed.
I have started the Merrick grain free pork and sweat potato dog food and for relief of any skin rashes I will be using Baby Spa Shea Butter Diaper Cream based on my friends recommendation for dog skin care.
Below are the before and after pictures.