Some Days it Just Hits You

I just spent wasting an hour and five minutes of my life, mowing the yard. There's nothing hard about it but not something I will be wanting to do in the future, or even now. My job is going downhill fast. I have never seen so much confusion, "duh moments" in my life and the sad thing is it deals with more money you would want to think about.  I had the urge to retire last year also but thought I'd stick it out but now that feeling is back stronger than it has been in a while. I almost resigned yesterday.

Strong enough feelings that I had an idea hit me hard today, something I had thought about in the past and an idea that was suggested by a friend of mine with a lot of experience in that type of environment.

A Crew Cab Pickup Truck and a Bigfoot Trailer.

I like the Toyota FJ Cruisers myself, always have, but had 4Runners in the past. So I am going to clean up from my yard mowing job, kick back and look at Tundra's, FJ's or Pickups along with the Bigfoot Trailers.

The hounds ??  Like I said previously ... when I am at a location, most of my time will be spent OUTSIDE, I need a place to hide when there is bad weather, to sleep, fix meals, play on the computer, watch a ballgame and store food.

After a great meal of (TOW) Taste of the Wild dog food, no grain, Bison Meal, Chicken, Chicken Meal .... all three hounds are passed out on their blankets within a 6' area....the bloodhound is snoring at 5pm....unbelievable. It doesn't matter where my couch or bed will be located, any kind of RV, Tent, Trailer...the bloodhound will make it her's. 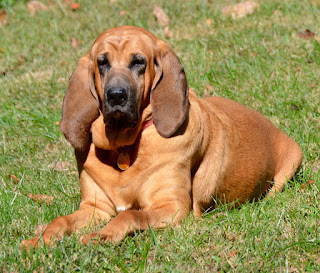