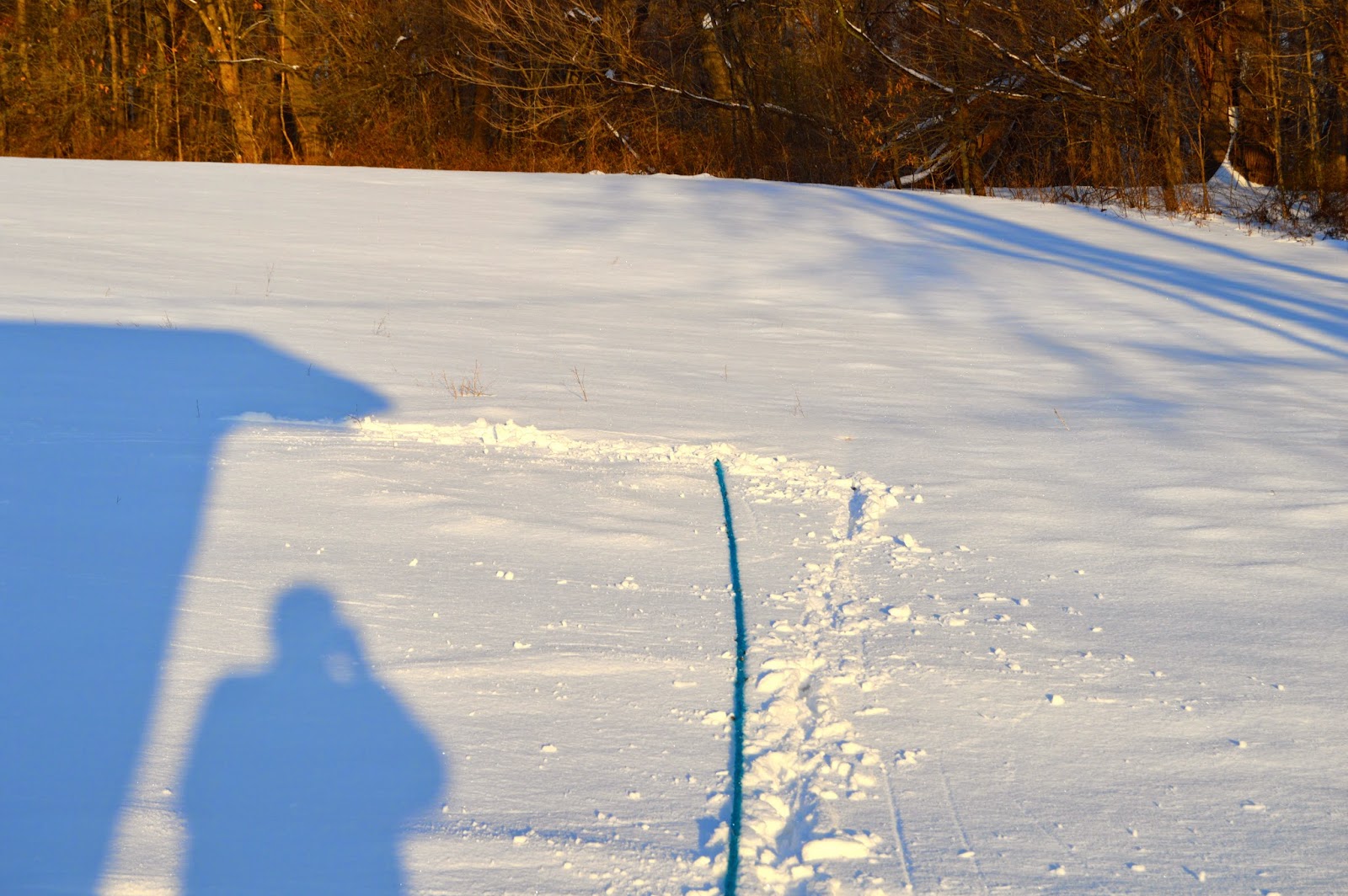 Last week I posted that I was back to blogging. Even Greg made a comment on that post ... so it was there on the blog at one time. A few hours later, I deleted it. I can only guess I deleted it because I didn't want to start blogging again. I've enjoyed my time off the computer. After 3 years on this blog I still wonder about the reasons to continue since I am not traveling right now, nor did I buy an RV.

I should have left that post up I guess because I can't remember much of what I had written. I see a few blogs I follow, their authors are either taking a blog vacation, writing less frequently and a few have even disappeared without a trace. Since people still email me asking about Heidi's condition, how are the hounds, etc ... I feel an obligation to keep blogging. Yes, I've discussed this here a few years ago and came up with the same answers.

I really do enjoy writing and posting photographs.

So, here's an update ... with possible duplicated information from last week's post that I deleted.

All the hounds are great. Heidi is slowly improving with weekly injections of RESPIT, 40 days of Ivomec and a "no grain" diet. She does not get her normal morning treat of a "Milk Bone. Her treat now in the morning is a hand full of her 'no grain' dog food, while Winston and Sadie continue to eat their "Milk Bone" treats without any skin issues. All of them are eating Taste of the Wild dog food. 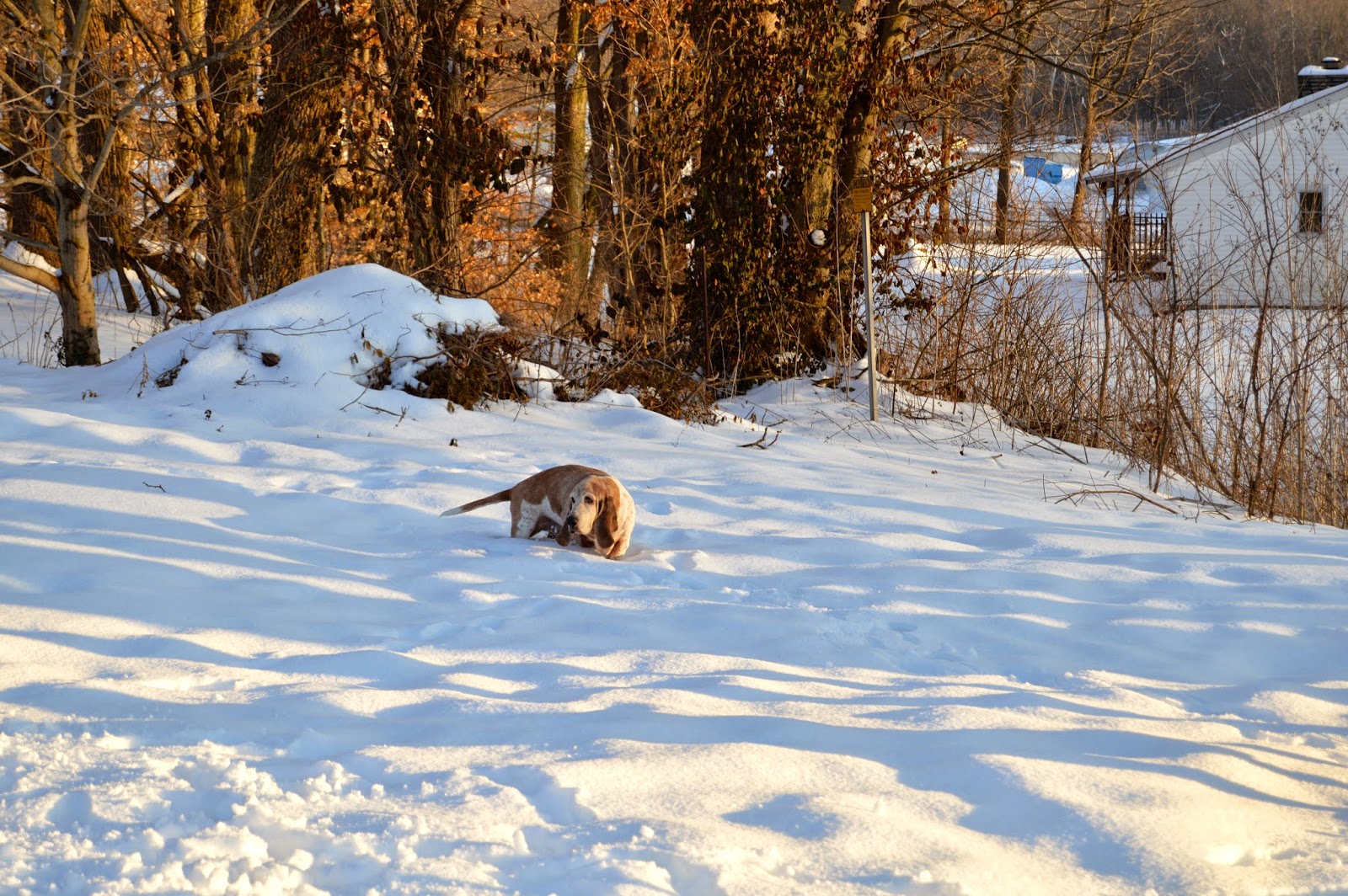 Contrary to the rest of the country north of me and to the northeastern coast, my winter has been pretty mild. Temperatures became really cold just a couple of weeks ago. We had our first major snow dump of about 4" a couple of weeks ago, followed up with 3"-4" more a few days later. That is not a lot of snow, unless you are a basset hound and your legs are shorter than the depth of the snow ... then it could be a problem.


By the end of the week more snow came, so it was higher than Winston's legs. I pulled the snow shovel out and cleared out a path for him and Heidi. 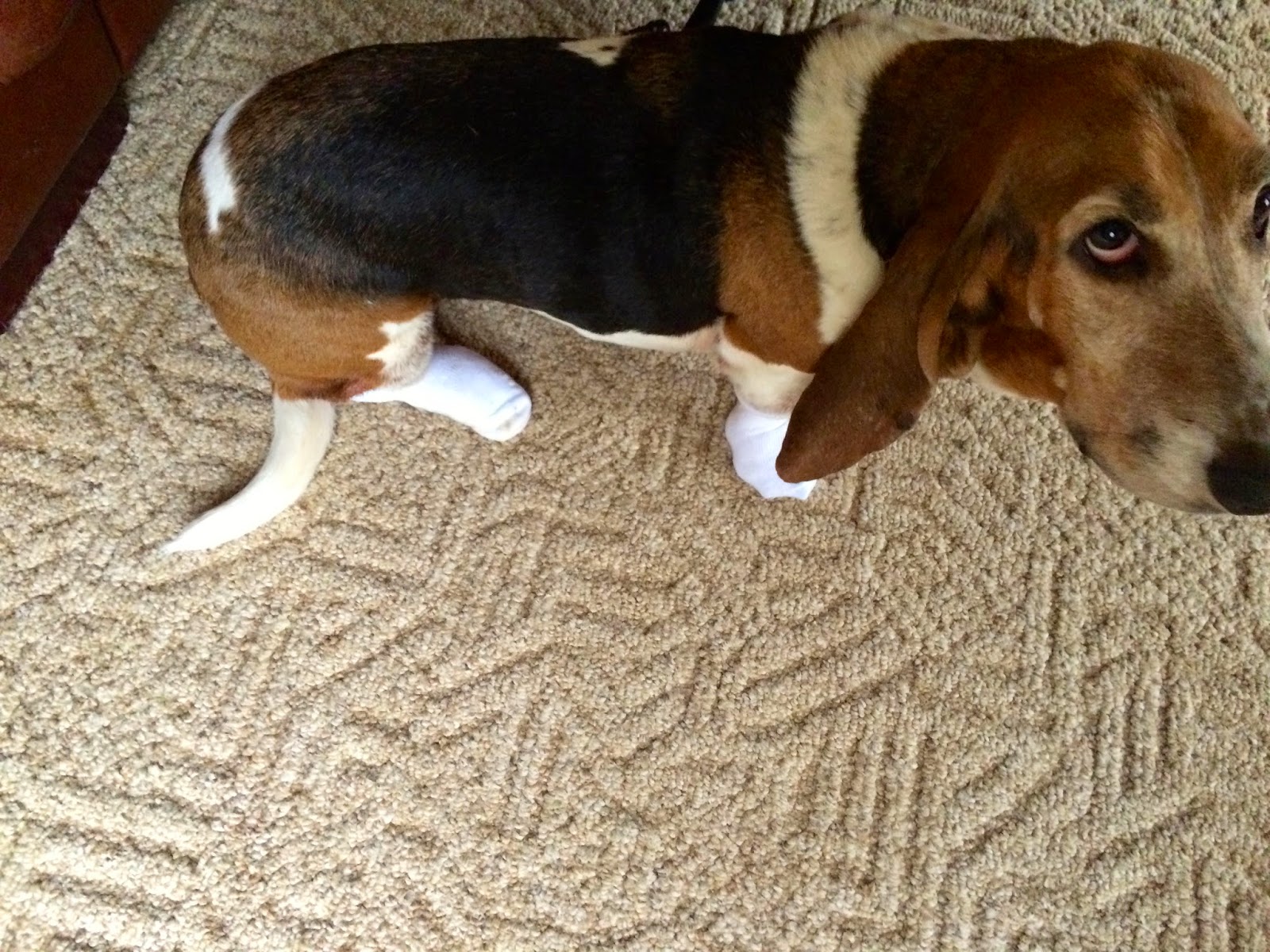 Since Heidi doesn't like temperatures lower than 55° and if the ground is wet with rain or snow ... that is not an option ... she follows the dry mulch under the overhang and around the bushes for her bathroom duties. She is out just long enough to get the tanks dumped then sprints back to the door to be let in the house. A nap soon follows.

We tried the baby socks to keep her from licking off the zinc oxide lotion .. didn't work. She had the socks off within 30 minutes of me putting them on. Constant battle that she eventually won. Luckily the vet gave me liquid zinc oxide to use and it's working out much better. I will post later about her change in treatment in January and February. 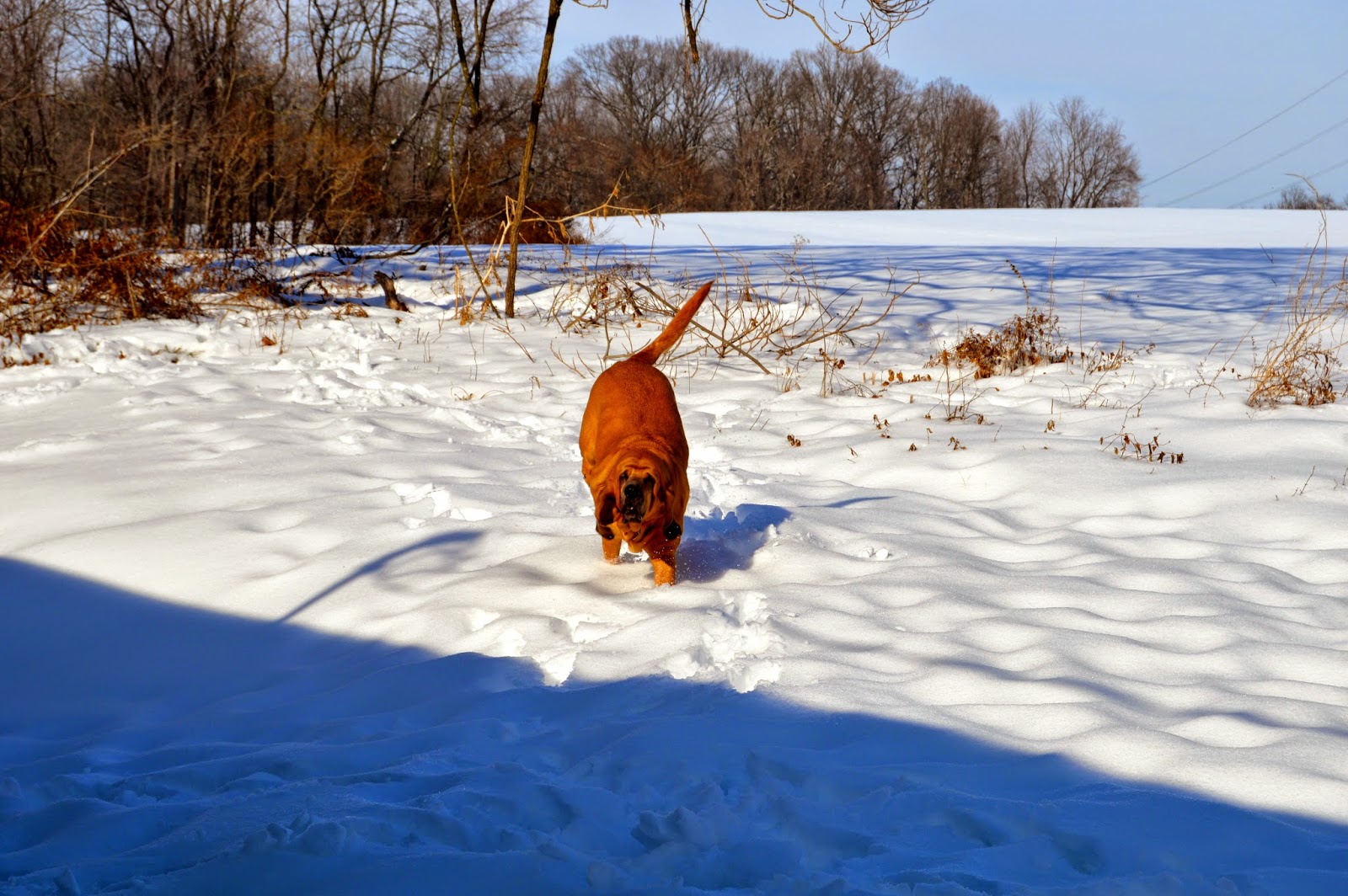 Sadie in the meantime could stay outside in that snow and single digit temps forever. I have to call her or go out to get her back in the house. Her latest hobby is chasing birds that came back to Indiana a few weeks too early, expecting spring time weather. I do remember a few years ago it was t-shirts and shorts weather the first week of March but I really doubt that will happen this year ... in fact, not a chance of it happening.

As I said before, during my blog vacation I got a lot of things inside the house finished that were on my "to do" list. I have a couple of more things to do once the weather warms up. I've read a lot of books, took some afternoon siesta's, played some Mahjong and watched a few movies ... all with the computer off. The majority of time was spent doing more downsizing, cleaning every inch of the house inside, rearranging what was left and trips to the recycling center.

I'll have more photos to post as the weather becomes warmer. I'm not really an outside person when the temps are below 20°. Basically the hounds would rather sleep most of the time when it's freezing outside. 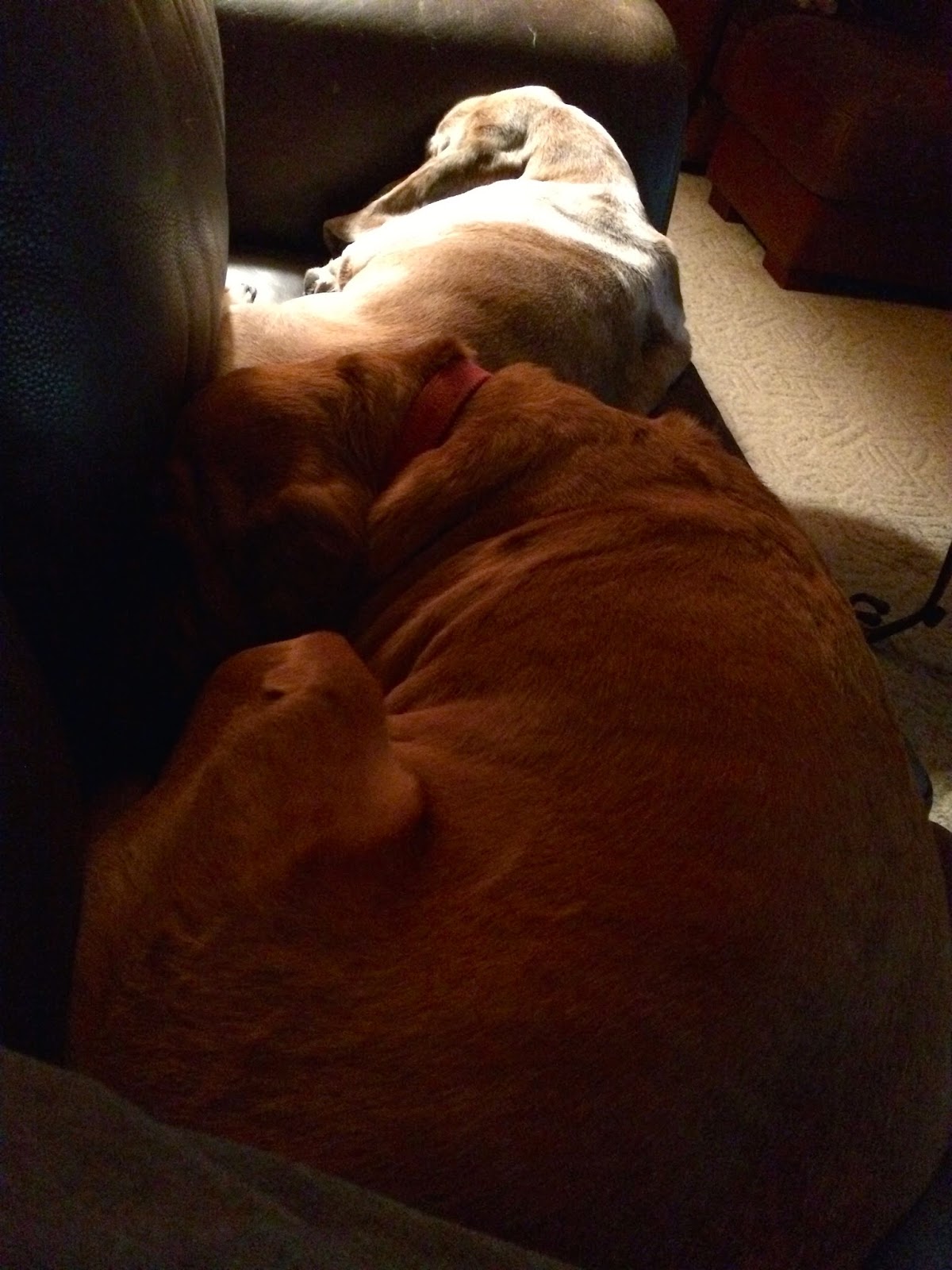 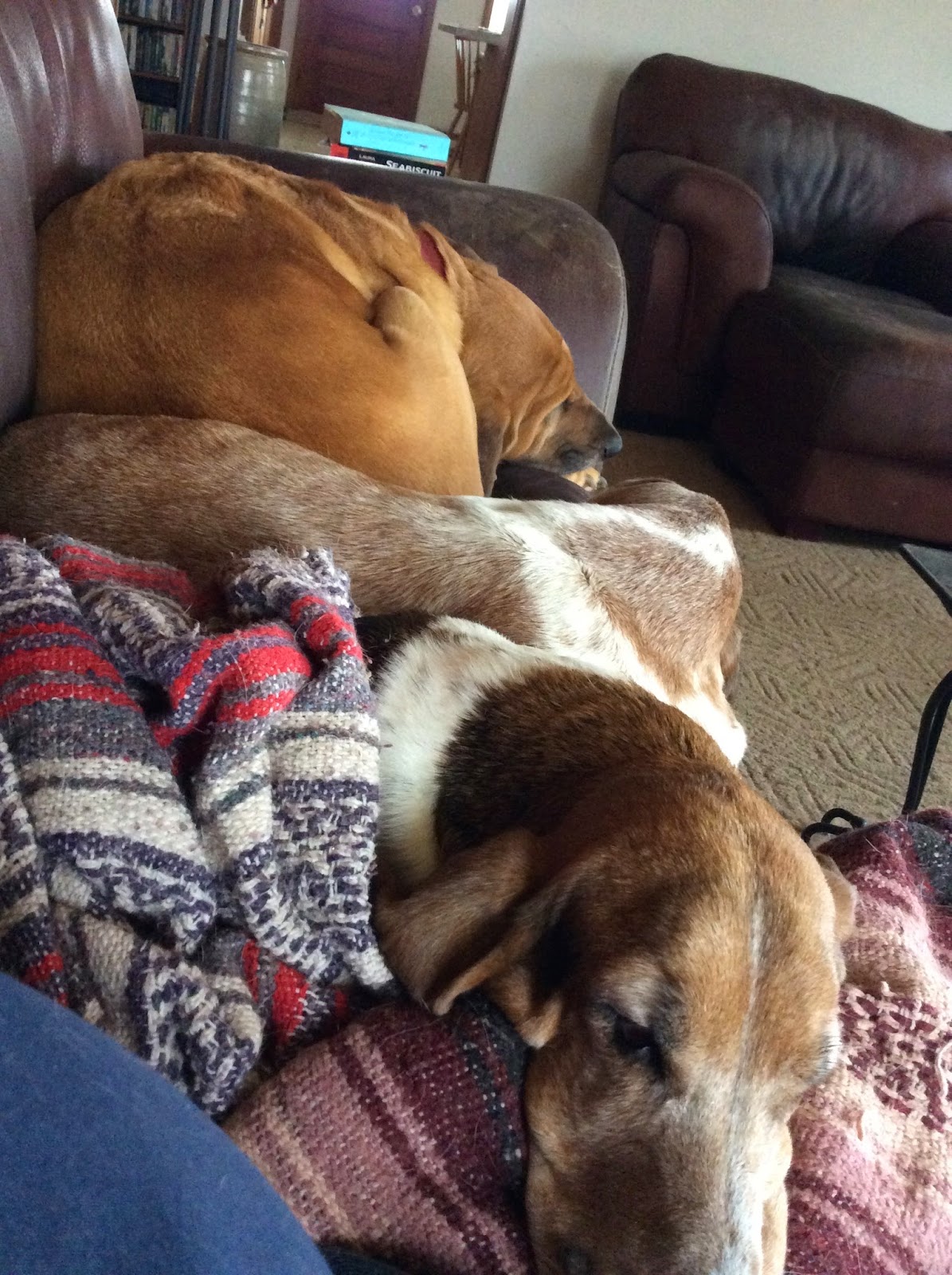