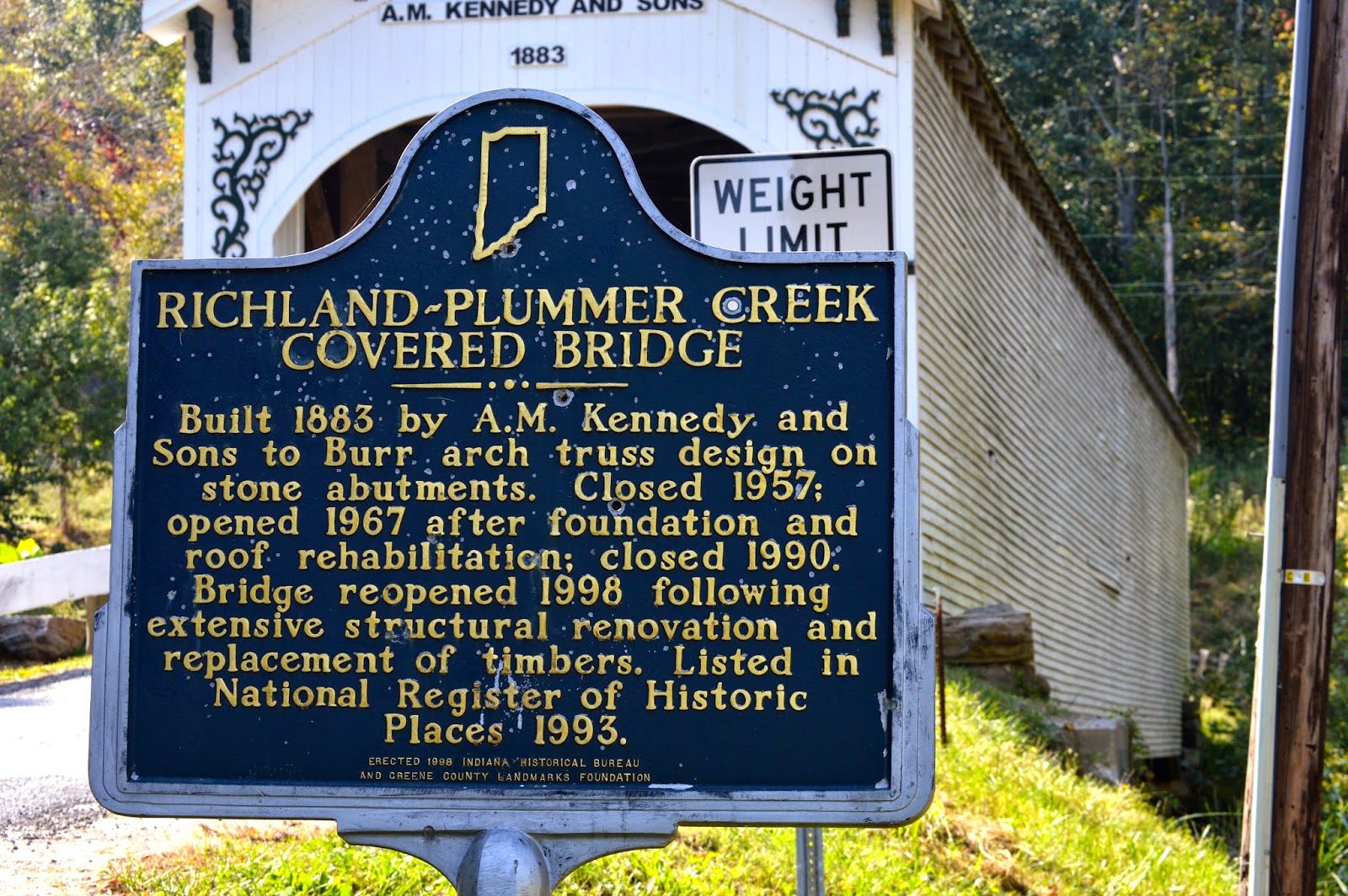 At what point in time does a covered bridge not remain original or historic? I don't know the answer to that question since I don't follow covered bridges but the part "extensive structural renovation and replacement of timbers" made me wonder and asked myself that question.

On cold winter nights I can see a light off into the SW distance across the plowed fields and through the trees with no leaves. I know that is the covered bridge. It is a nice covered bridge.

Also on Friday or Saturday nights when it's quiet I can hear kids hanging out over there. It's has enough space for cars and trucks to pull over, has a few camping spots along a creek that looks to be about 50% low. The water is muddy so any swimming would be out of the question.

Late Wednesday afternoon I decided to run over and take some photographs. I debated whether to take the bag that held the other lens or take the 2nd leans by itself ... I took neither ... bad decision. 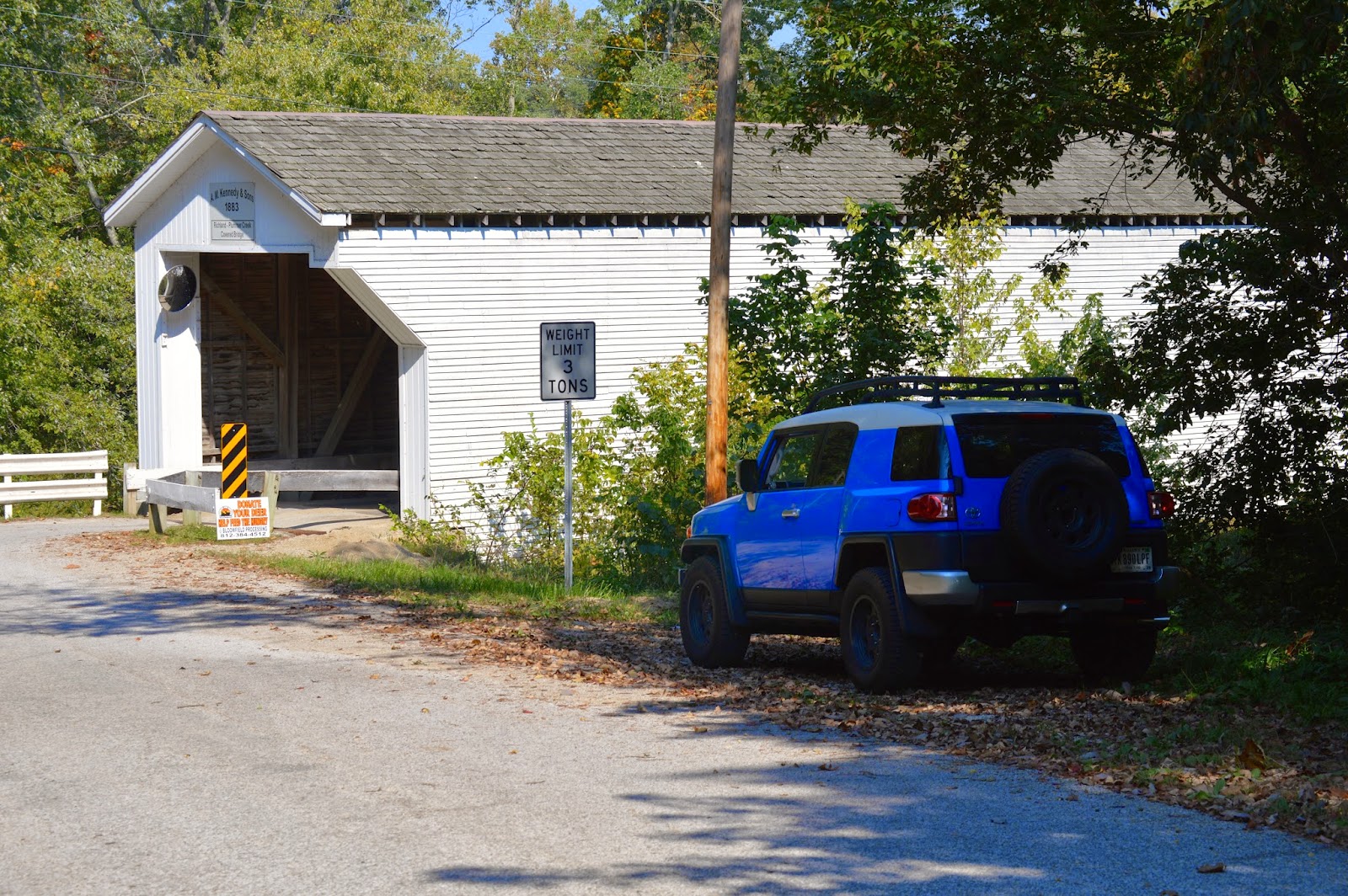 I mounted the 55mm-200mm lens and took off. I wasn't even finished with the first shot when I wished I had brought the 18mm-55mm lens. I drove the shortest distance, parked and didn't realize until I had walked through the bridge that I had parked and started my photographs on the backside of the bridge.

Even with the renovations I found it to be a pretty neat bridge, plus it's nearby. Due to the amount of traffic I left the hounds at home. 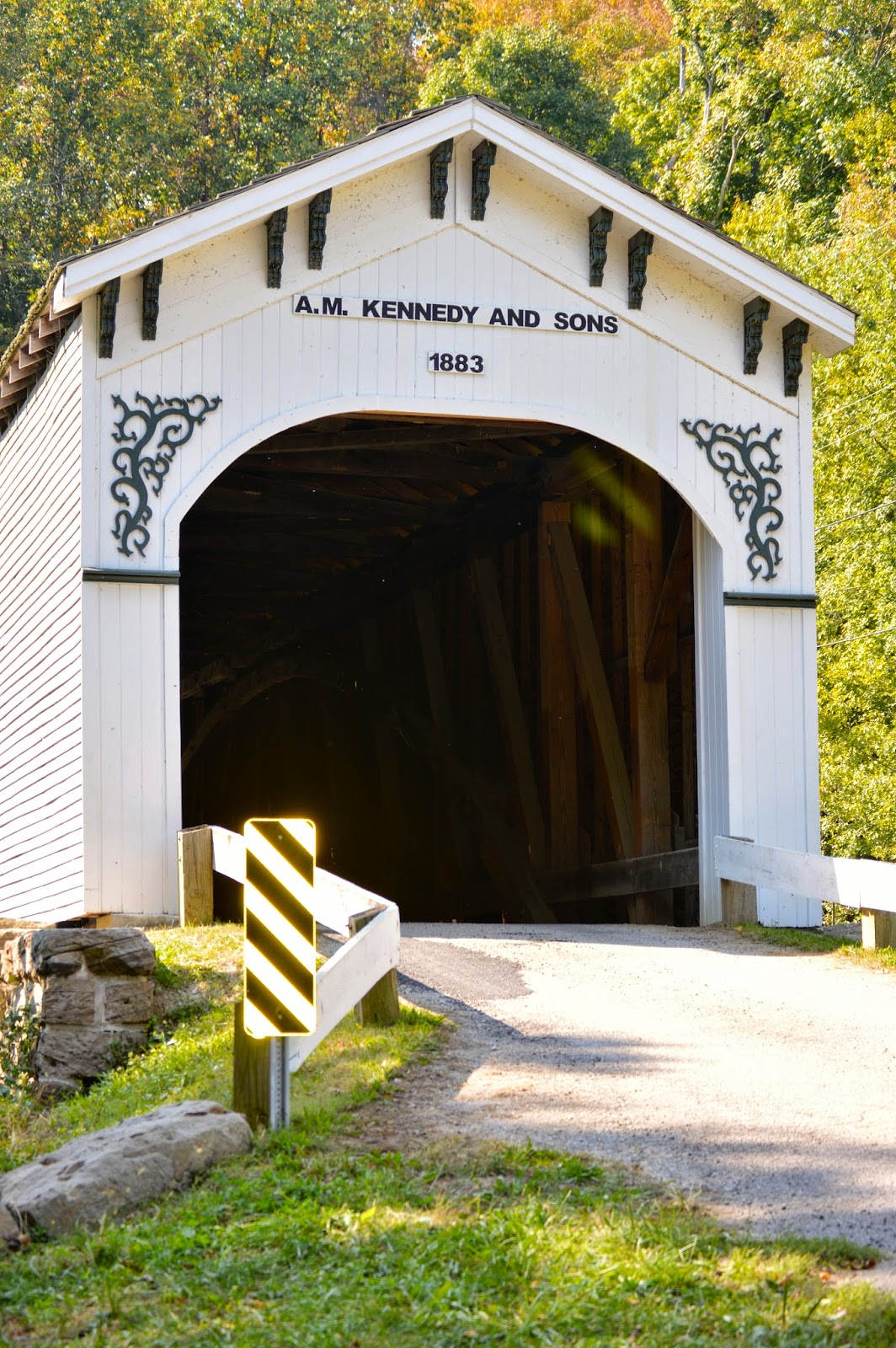 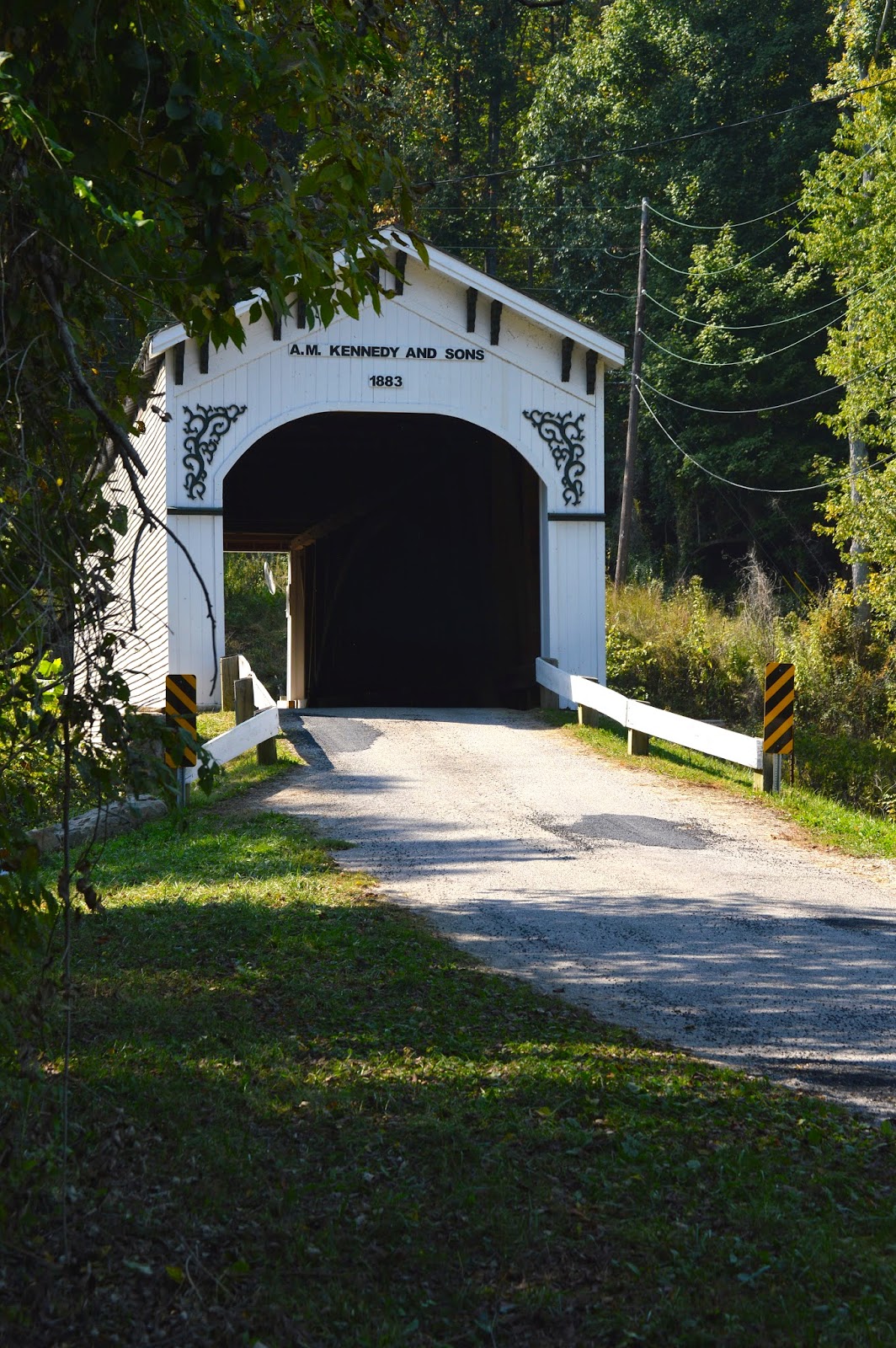 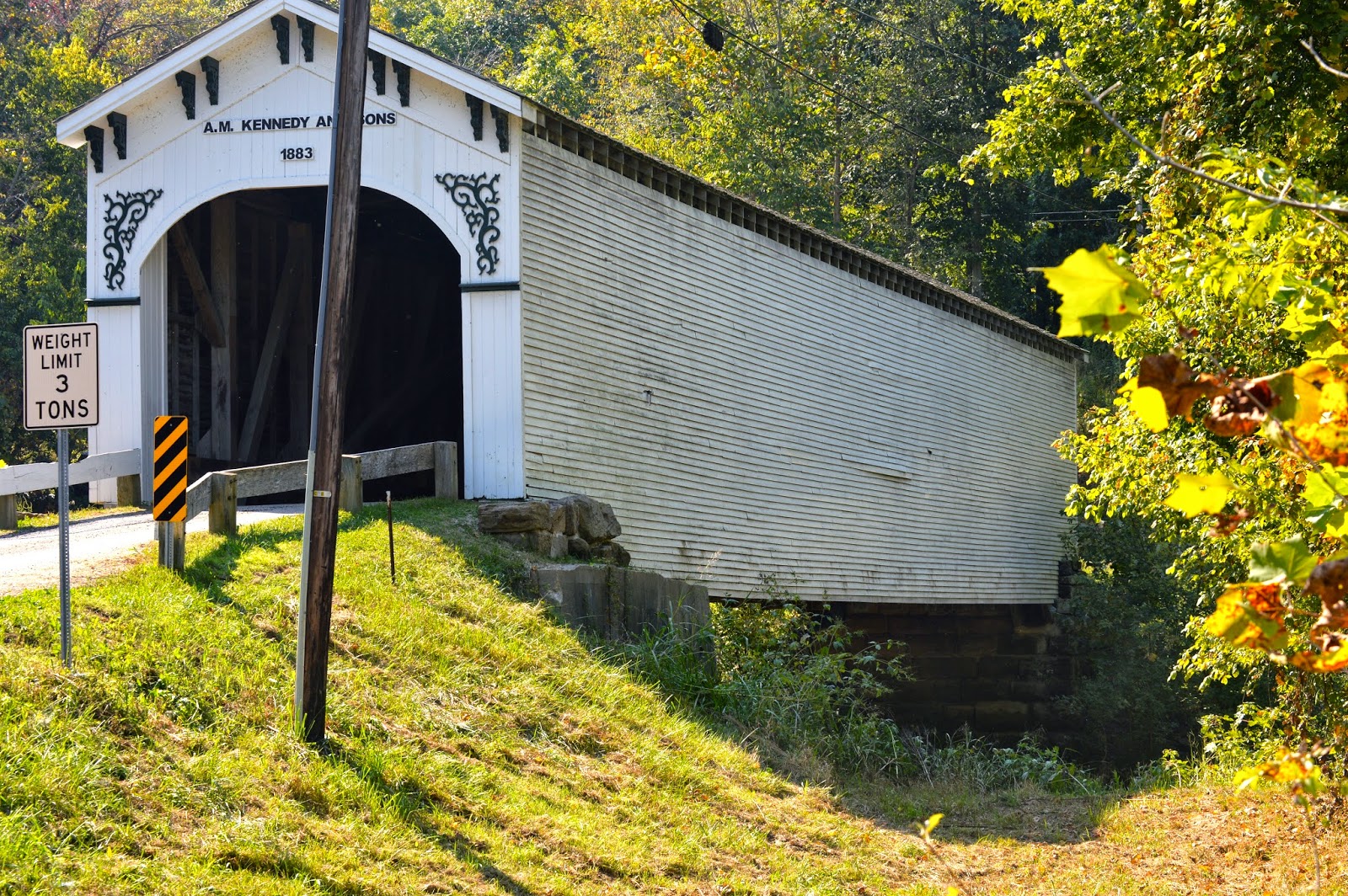 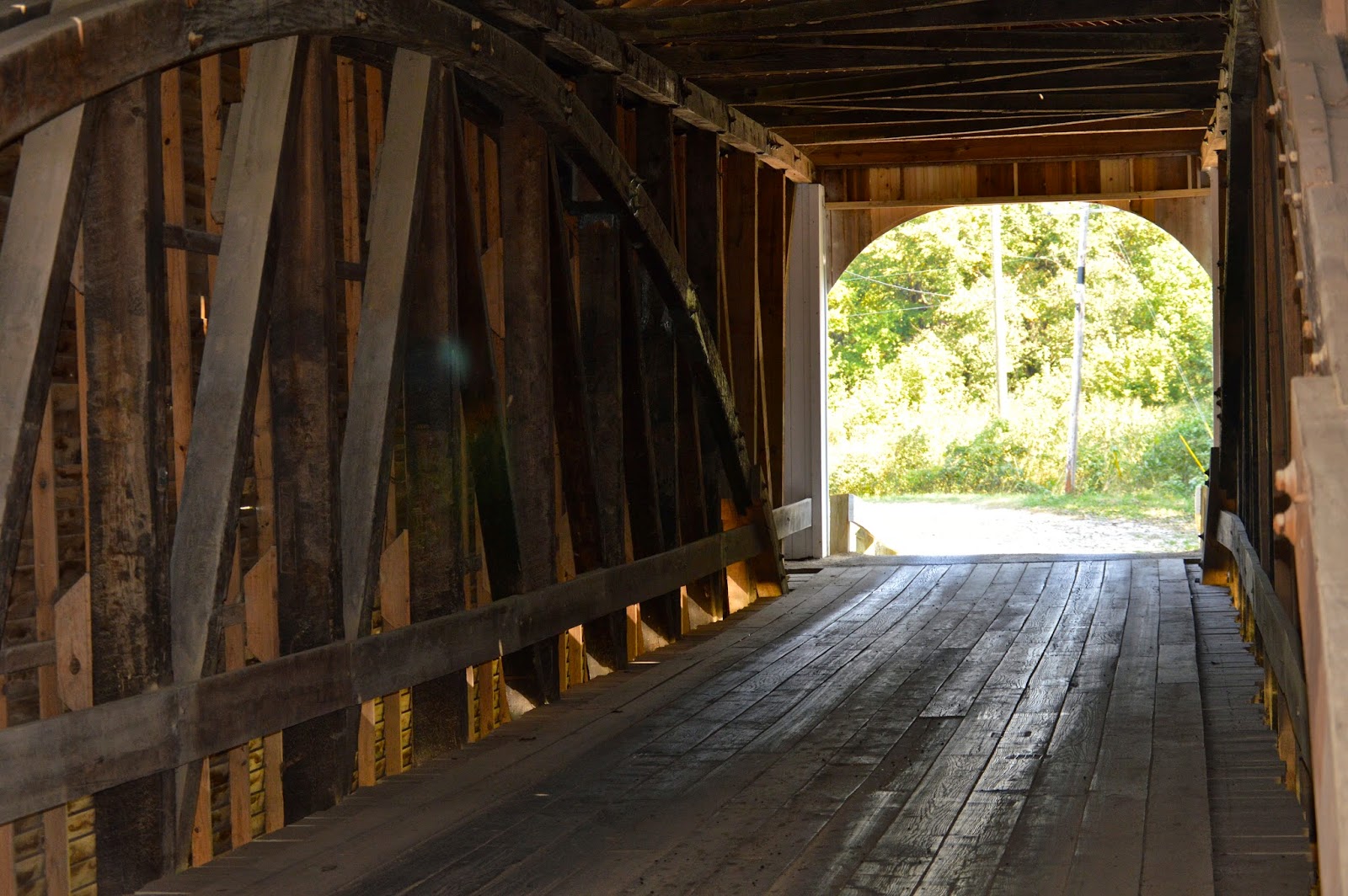 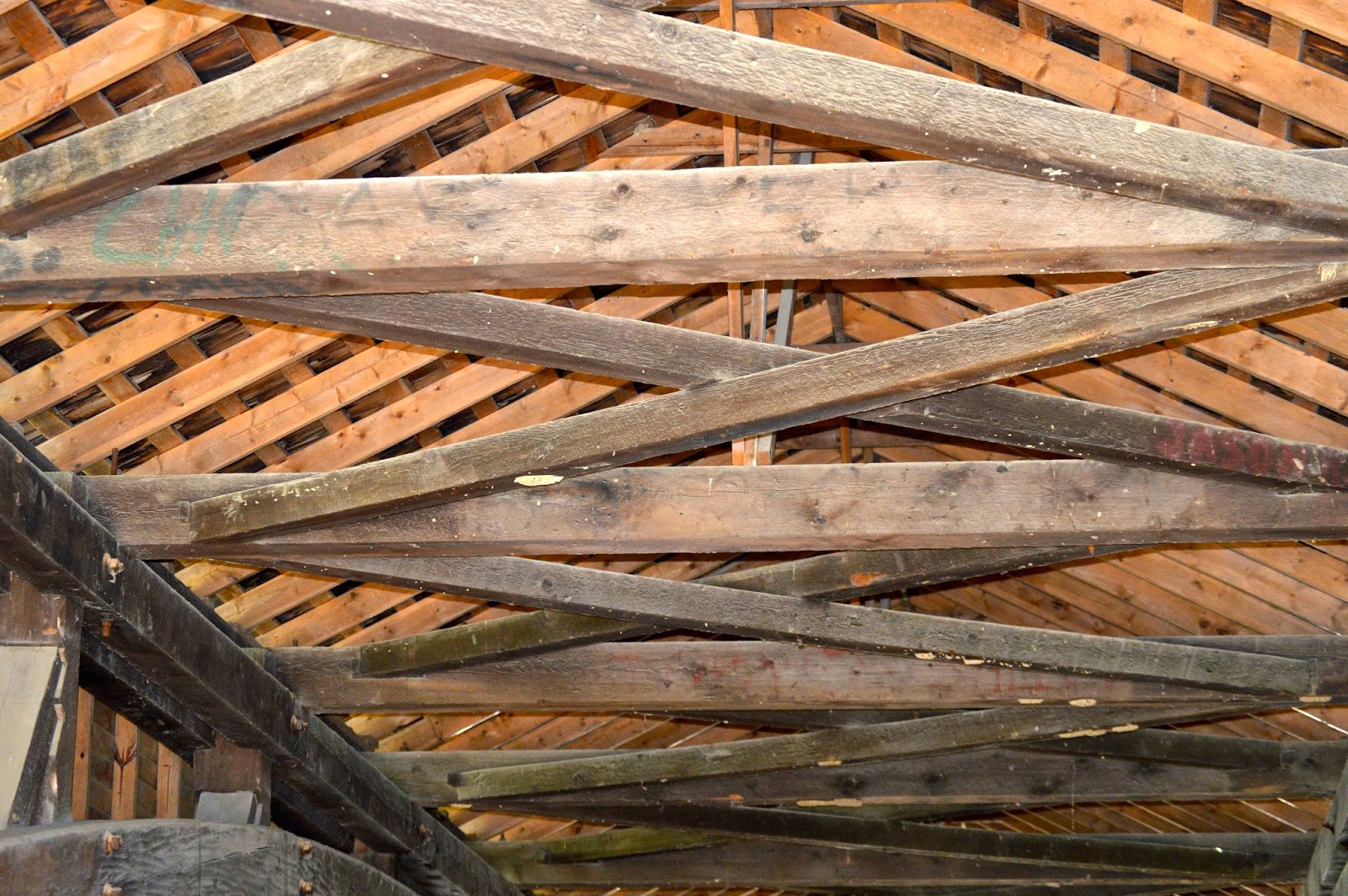 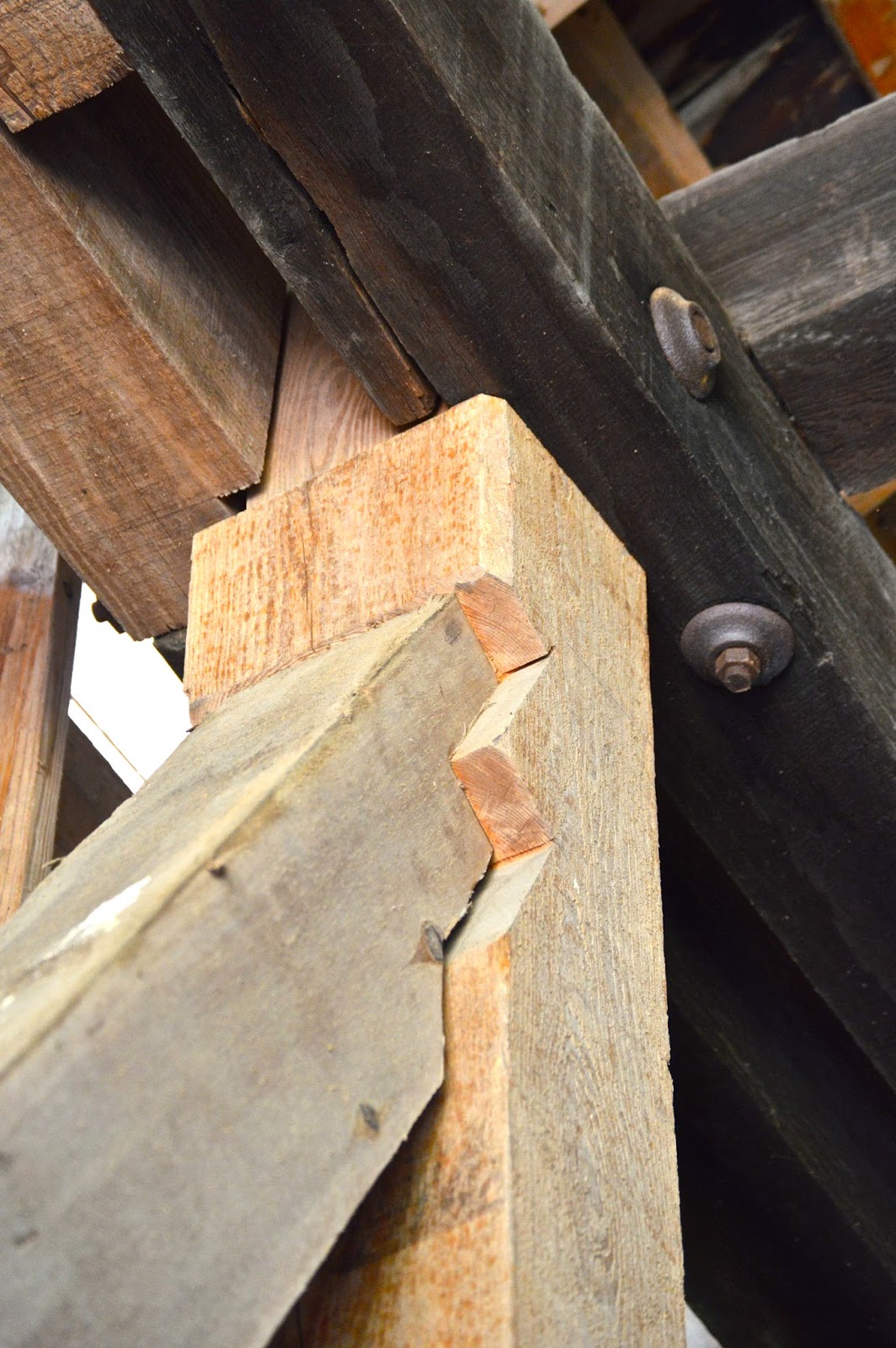 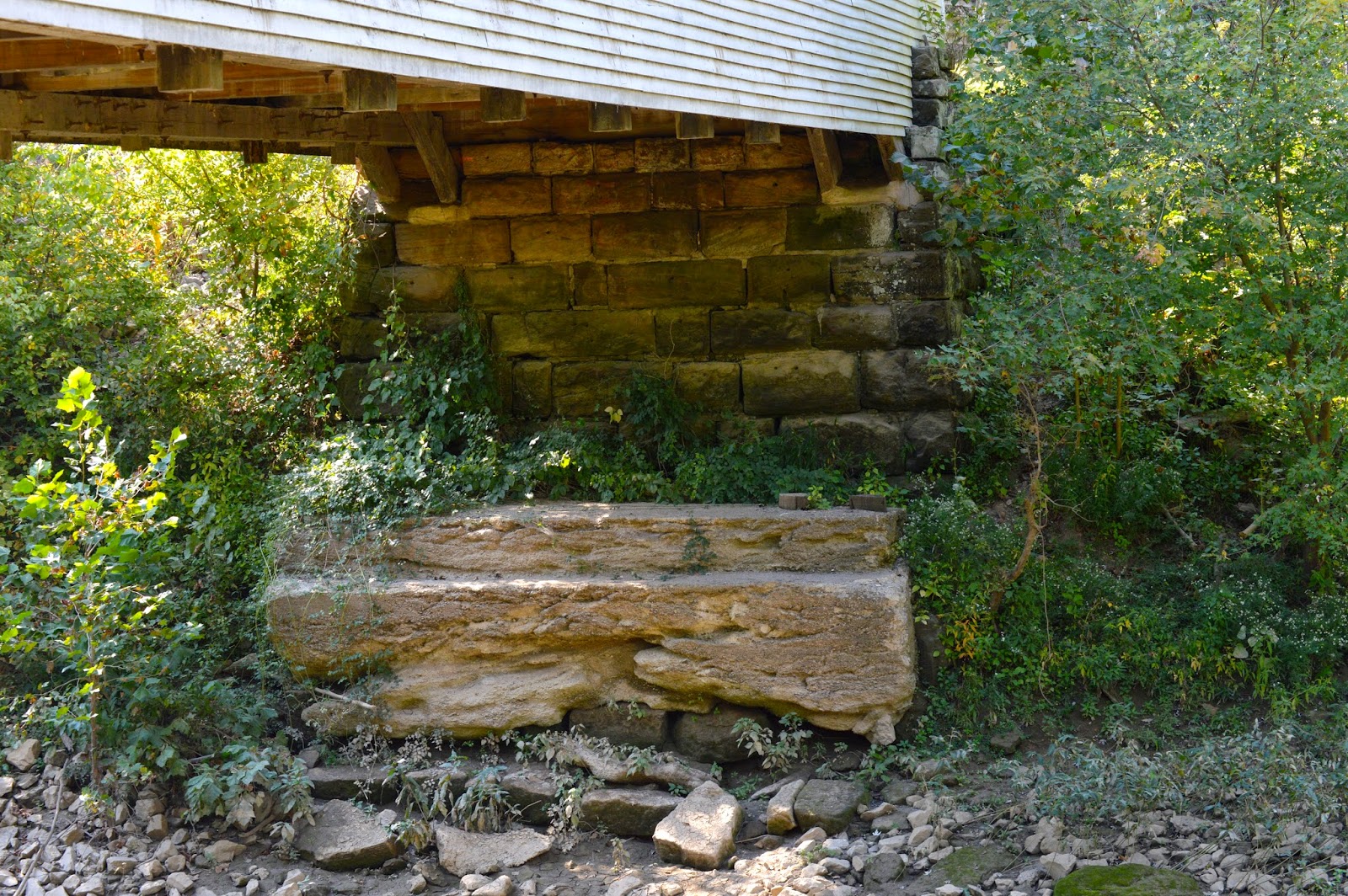 I'll be hibernating this weekend, more than normal. At least I can head south today to replenish the food supply and miss all the traffic from the east and west that will fill this small town for their annual Apple Festival. It will end Sunday with a parade featuring the high school band. With the high school's small number of students, they do not play football therefore this parade is just one of the few highlights for the band.
I'm not a festival person, wasn't even as a young child. My mom would take me along with my sister to festivals, she loved them, but even as a 5-6 year old I would walk the around the festivals thinking of the football games I was missing on tv ... in those days there were only a couple of games on Saturday's whereas now they will be showing 5-7 games at one time and then slim down to 2-3 after 10:30pm eastern time. One word can describe the reason for the increase of televised games ... money.
I went to the festival the first year I lived here. I couldn't believe the amount of traffic backed up on the highways coming from the east and west. The local police department, county sheriffs' and temp deputies direct traffic. So ... from 1998 onward I have not attended the popular festival. Too many people for me walking around. I'll hide out with the hounds instead, watching college football.

That's it for today.