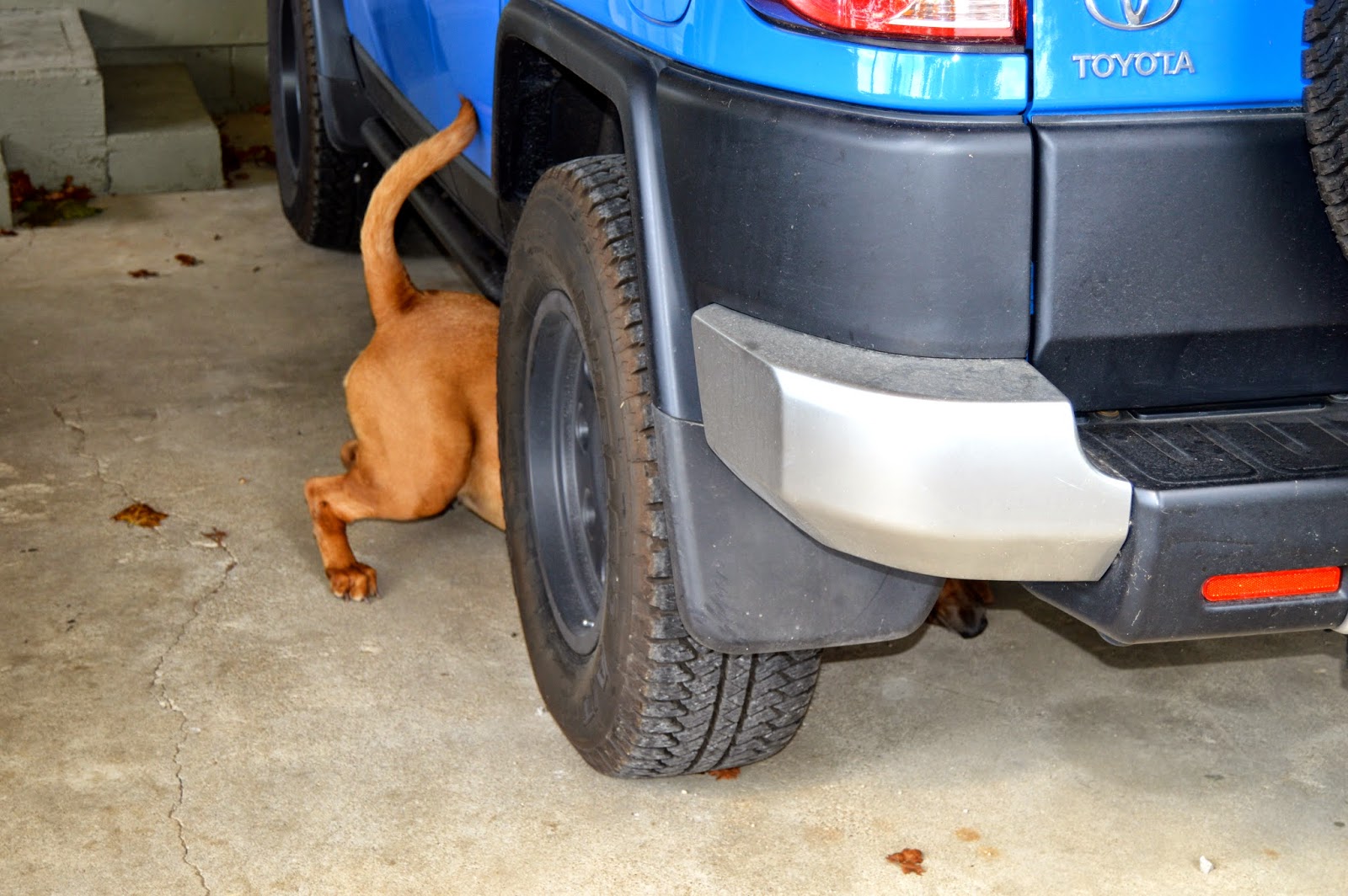 It has become such a habit of letting the hounds outside when they want to go out, to where I have forgotten to check if we have any visitors nearby before opening the door. We go out the same door every time. I use to glance outside the door window to make sure there were no other dogs, birds, squirrels, cats or other animals in the near vicinity before opening the door .. but Saturday morning I wasn't paying attention.

I didn't glance outside before opening the door and just as I did, Sadie had already barged through the door into a full sprint at olympic sprinter speed along with those other two short legged bassets baying behind her. What ever it was had already darted from under my Toyota FJ and scaled the fence running along my driveway, and down over the hill. As soon as the (squirrel??) was out of site all three of them had to return to the scene of the crime to start their own investigation.

I was not able to take pictures of all of them and basically the only picture I came up with that was any good, is the one you see. Between scrambling to keep the hounds from taking off on me and hoping they would remain on top of the hill and not head toward the highway 100' down the drive, I didn't have a lot of time to run back into the house to grab my camera and snap pictures of all them scrambling in different directions. By the time I had my camera Sadie was the only one on the hunt.

If you look right below the silver color of the bumper you will see Sadie's nose as she is stretched out tracking the smell of what I think was a squirrel. Every time since then I have glanced outside before opening the door and will get back into the habit of doing so.

The next picture I took of Sadie late Saturday night. It's nothing out of the ordinary except being one of the first pictures I took with my new iPad Mini. I was holding the iPad out arm's length over her head so I would not wake her. I was curious how well the iPad picture would look.  I like the new Nikon DSLR so much that I almost want to take every picture with it but realize in the mode of hound spontaneity it is not possible to use just one certain camera, that you have to grab the one nearest to you.

She was into a deep loud snore at this point and had lost all interest in watching the last football game of the day/night.

It was cold (50's) with rain off and on most of the weekend. I didn't get far from the couch and never left the house for the weekend. With the cold mild winds Saturday during the day, Winston decided he wanted to spend time outside and wouldn't come back inside. He sat like this for quite a while enjoying the colder temps. I even went back inside the house and when I came back outside 10 minutes later to check on him, he was still sitting just like this, like a statue and the cool breeze blowing toward him. 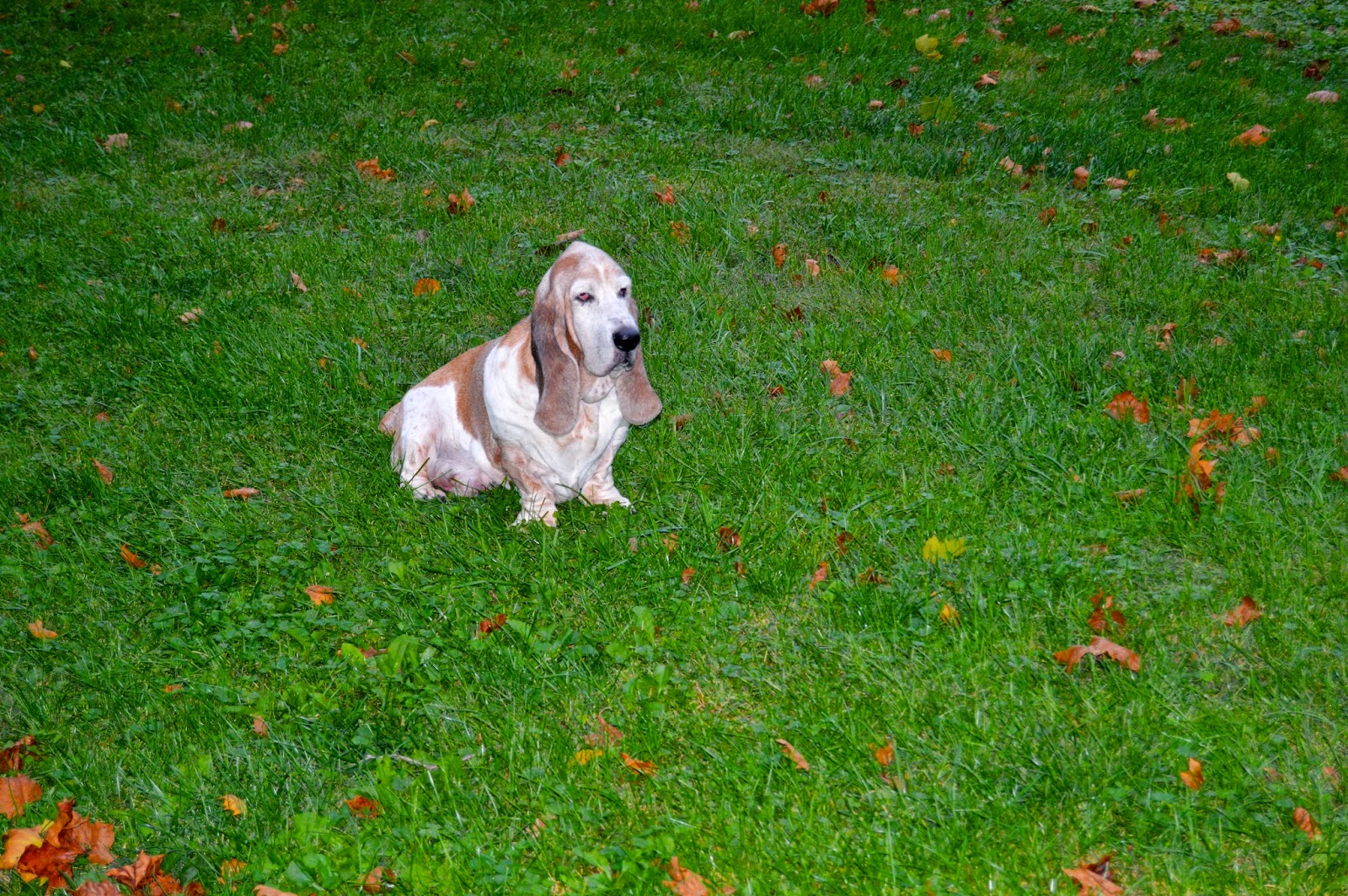 Heidi has decided that she is only good for a couple of days per week getting her picture taken and was uncooperative whenever I pointed the camera at her his weekend. Funny basset.