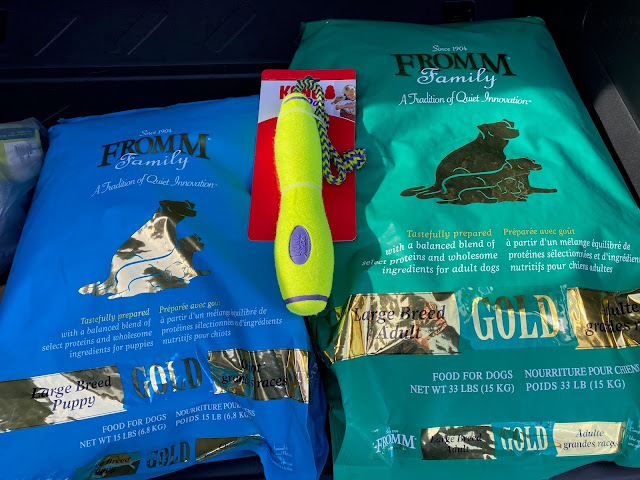 They claimed it was a "nondestructable" Kong Bone but I knew better. Watson is very strong at 7 months old. Every muscle in his body is strong as well as his jaws just like any other bloodhound. For example Sadie and Stella when confined to a large black metal dog crate could bend those heavy steel rods on the crate. I could not even straighten back them with pliers. So I knew no matter what the reviews were on the internet, this great looking "nondestructable" bone wasn't going to look that nice very long. 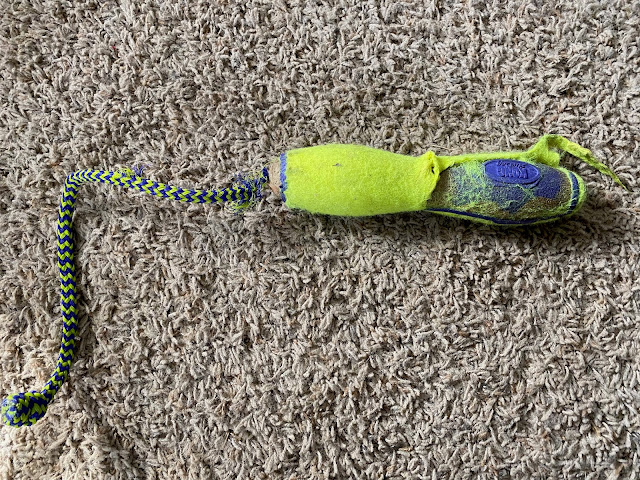 Henry and Watson spent most of the day playing with that bone. They used the rope just as it was designed to do, tug-of-war. Later it was used as a fetching toy as both hounds sprinted to get the bone as I threw it across the backyard a thousand times or until my arm got sore.
By the next morning as I was drinking morning coffee, at the computer, Watson brings the bone in the computer room and with his front teeth gripping that fluorescent tennis ball type material, his paws holding each side of the bone, he is ripping it off the bone itself. I also noticed the nylon rope had been chewed almost in two, by the bone. It looked like he had made a meal of this bone so I hoped it went through his digestive system in small fiber strands and not one big ball like piece. I cannot afford too many surgeries to unblock intestines. By the afternoon I could see the material was passing through his system successfully. 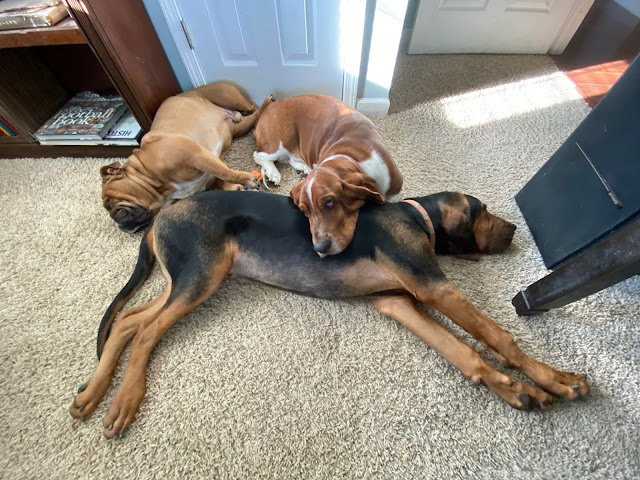 With the lack of photos for this post, the hounds and the dog show you what I have been doing most of the time. Not sleeping but just hanging out around home and not doing much. The days pass fast and the nights are now time for an occasional basketball game to watch if IU is playing. Spreadsheets have been made for 2022. In 2022 I have .no moves planned, no car trading or buying planned, it should be a pretty calm year ... I hope. 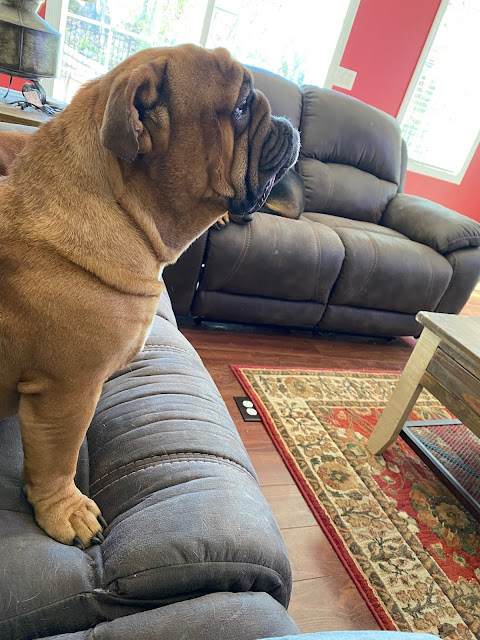