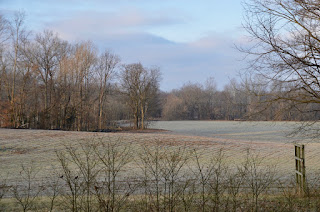 The hounds and I hope everyone survived bring in the new year last night. Compared to many years ago, ours is not too eventful.

I'll not turn the tv on until 1 minute before midnight to watch the ball drop in NYC and then we head outside to take a look at the sky, the stars and wonder what's in store for the next 12 months.

I like to go back to this time last year on the blog to see what was going on. It was a sad time of year last year with Winston's health issue but there were some other things to read that were nice to compare to this year. 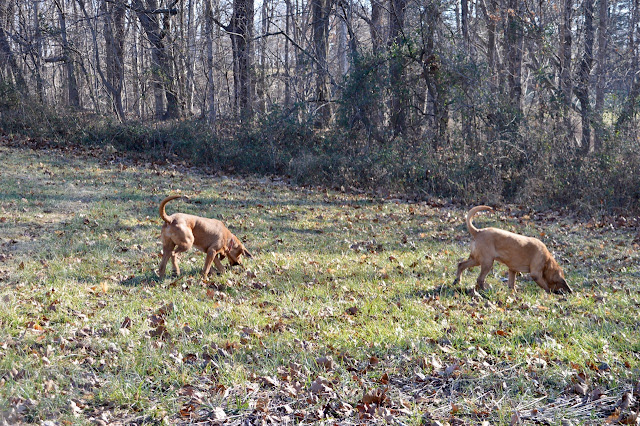 Sadie was giving me the stare early this morning, telling me she wanted to walk but I had not even finished my first cup of coffee and she had been outside just a few minutes earlier. She had to wait until the 2 cups of Seattle's Best coffee were finished. The temps said mid 40's but felt freezing to me. I was hoping to overdress with the heavy duty down jacket and ski gloves, since I have been freezing for the past few days even with the higher temps. 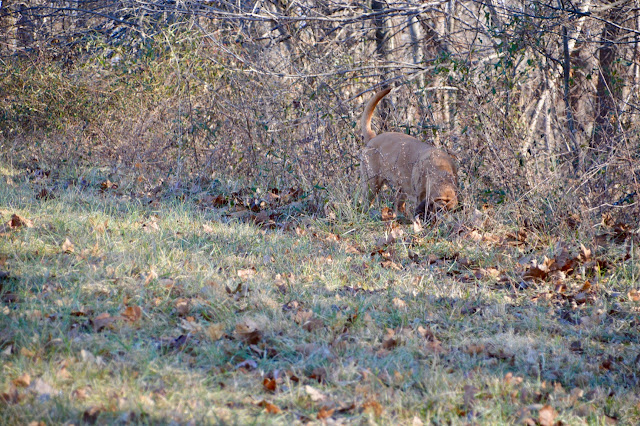 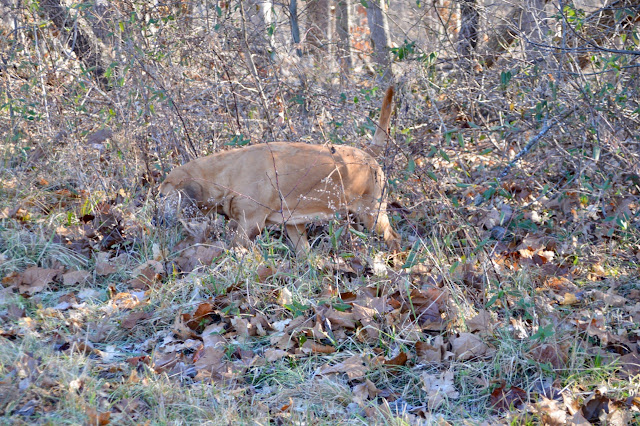 Stella was just as interested as Sadie in today's 'trek' ... they investigated a few new spots and kept up a pretty fast pace. 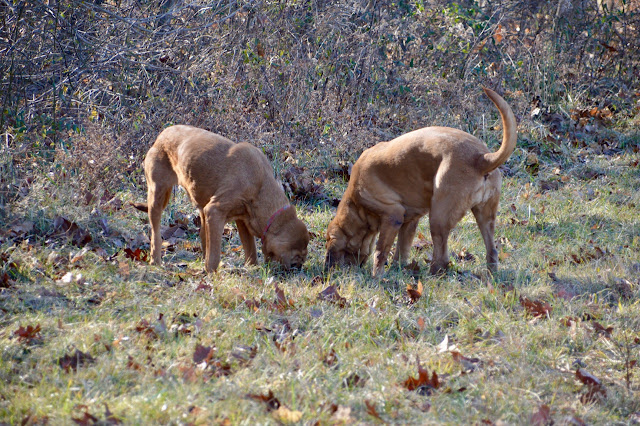 Another nice crisp day with the sun shining. I can't complain about the weather this time of year. We may have a couple of days of rain starting later tonight but weather predictions are always pretty flexible in this area. 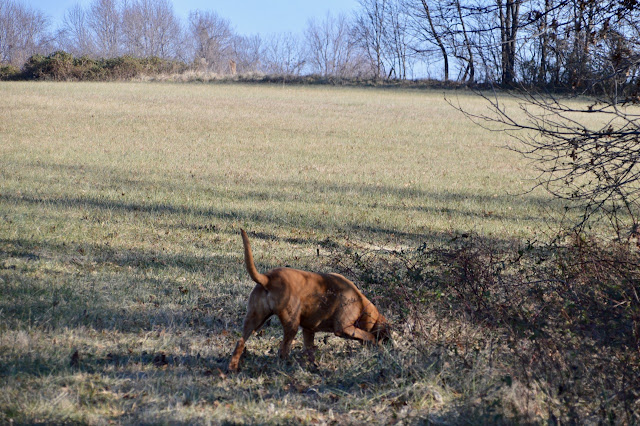 Earlier this morning I took off the car cover off of the Z4. I was going to leave the top up with the heater on and take a drive after the walk. It was nice to see it start right up after sitting for almost a month and through some single digit temps. 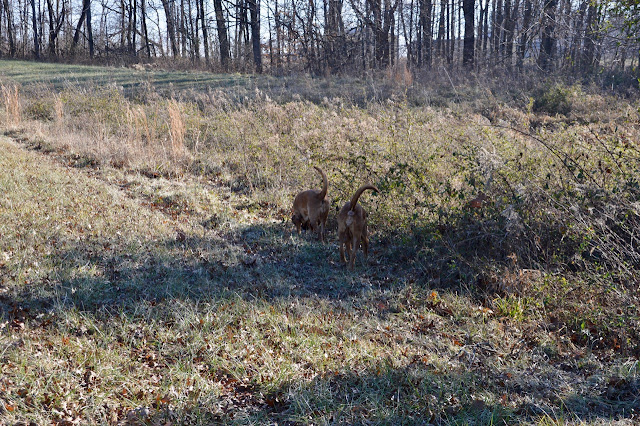 Stella was about to head to the right corner but when I yelled 'come on' she made a quick left hand turn and headed for the back of the field. Sadie came up behind us and followed Stella ... she didn't have any interest in the far corner like yesterday's walk. 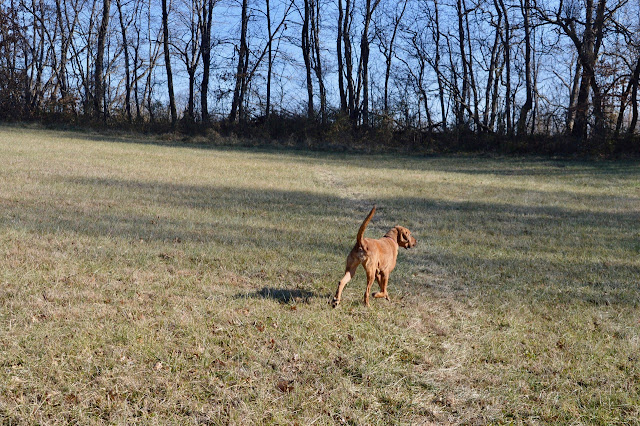 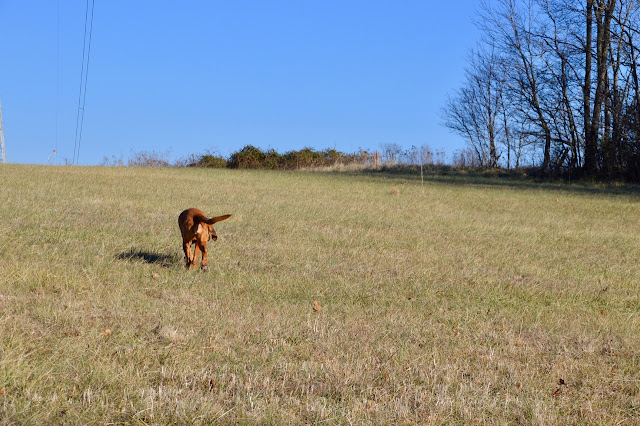 Like I said earlier, both hounds were keeping a pretty quick pace today. They spent a lot of time in front of me instead of lagging behind me. 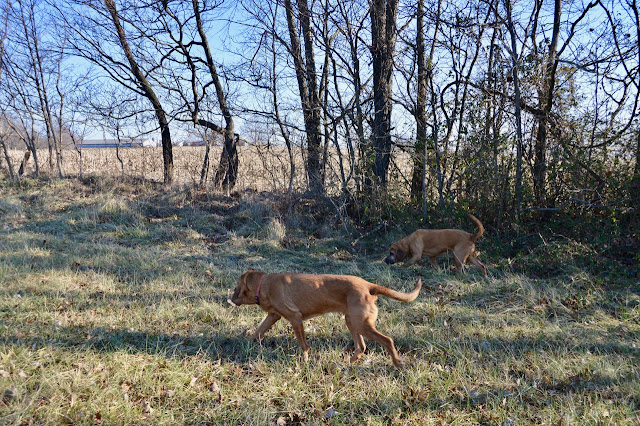 Both hounds seemed pretty content with the normal path taken. No urges and no looks towards the 'no-fly' zone and headed down the path. 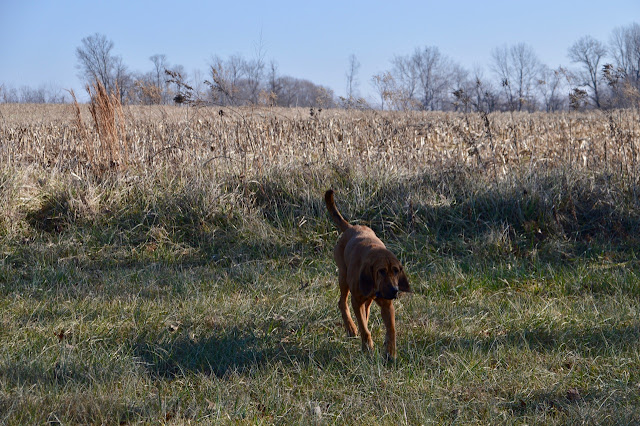 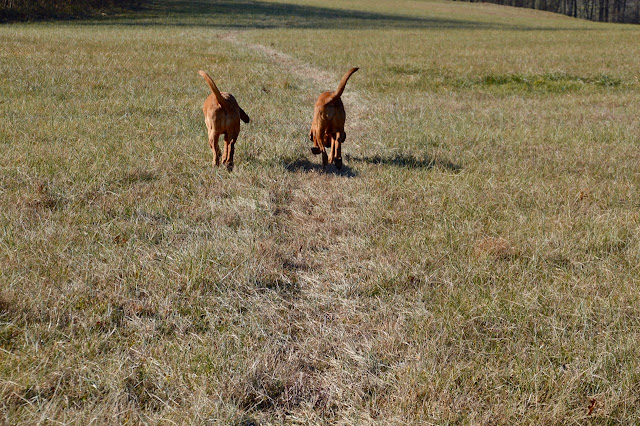 I was thinking of the 3-4 college football games I was going to watch today and tonight, then remembered it was Sunday and it would only be NFL games today. There is only one I am kind of interested in. The Green Bay - Detroit game will not be on until tonight ... so the day will be totally free. 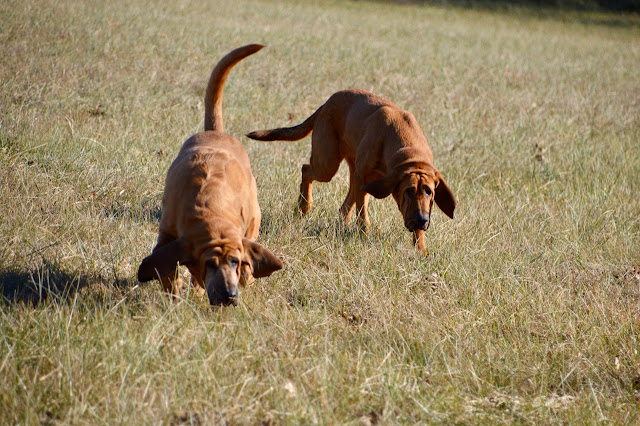 I stopped by the library yesterday to pick up a couple of books I was interested in reading. I knew something was up when there were no cars in the parking lot, nor any lights on inside the library. They will re-open Tuesday. 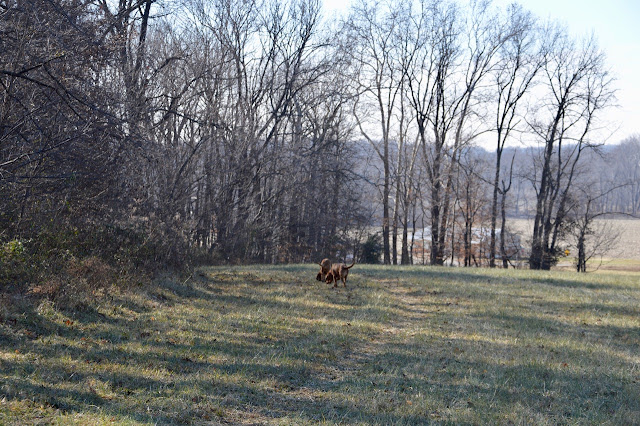 I've noticed all three hounds have been spending more time than normal, licking and chewing themselves. There hasn't been any recent changes in dog food. Based on my allergies the air does not seem dried out from the electric heat and all the blankets they sleep on are washed on a regular basis. So I am not sure what the cause is. 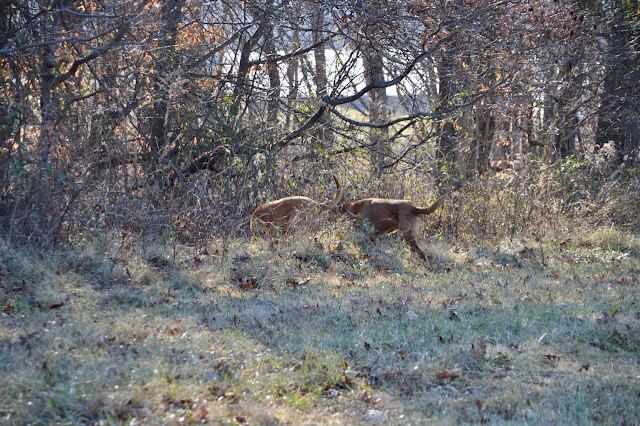 While closing out my 'Monthly Mileage' spreadsheet, I wondered again why do I have two cars after seeing the total number of miles driven in 2016. I'd tell you that figure but you wouldn't believe me ... LOL. 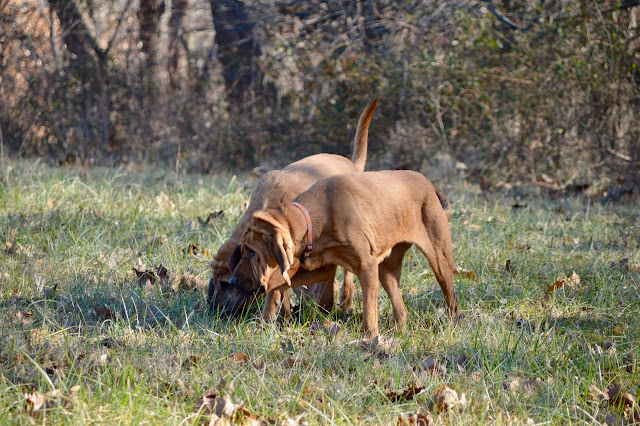 My body measurements for the month remained the same, although I ate smaller portions of food, spent less on groceries and only fell off the diet wagon once for a large pizza spread out over two days. I started to do that to monitor any progress when I made some diet changes in May 2015. 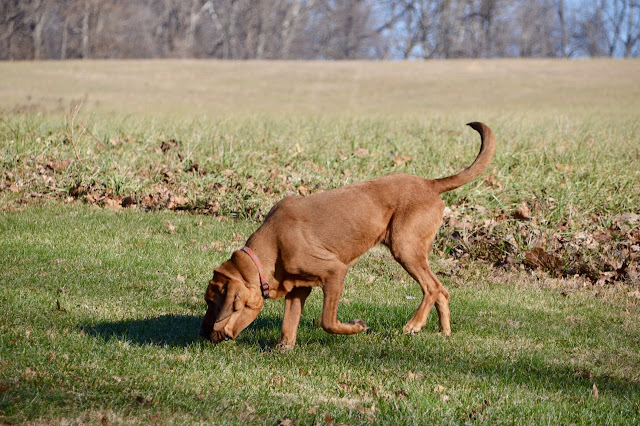 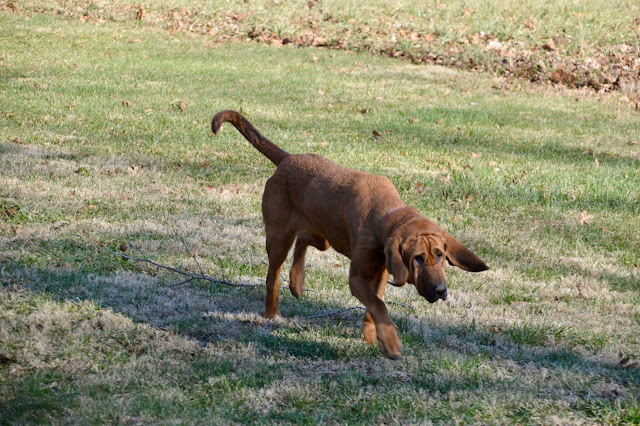 I lost all my momentum on the detailed house cleaning. I still have the walls to do but at least everything is back in their places and I have made the annual drop off to Goodwill. I can't see anything else I can get rid of, it's down to my bare minimum.

I had a friend tormenting me yesterday via text ... she grew up in Indiana and knows about cold weather but she has lived in California for many years. She and her husband are vacationing in Barbados this week, meeting their son's future in-laws. Just looking at the pictures she was sending me of the beach, the sailing etc ... warmed me up.

I see where one of the blogs I follow, JD Finley has sold his Class A, and Jeep ... to live on a sailboat in the area of the islands. I look forward to reading about his transition from RV to sailboat living.

Well, I think I am headed out to the nearest car wash to get the 'Coachman' back to being clean before the rains tomorrow. Get some of the mud off of it. Sadie is wanting her 2nd walk of the day since lunch is over while Heidi has moved her afternoon napping spot out to the couch.

It should be a pretty active afternoon.

Another successful year of retirement is in the books, with my annual date in the month of April. The book I read years ago was right "You don't need a million dollars to retire" ... that changed my retirement plans to choosing an earlier date.