The Hounds Don't Worry About Weather 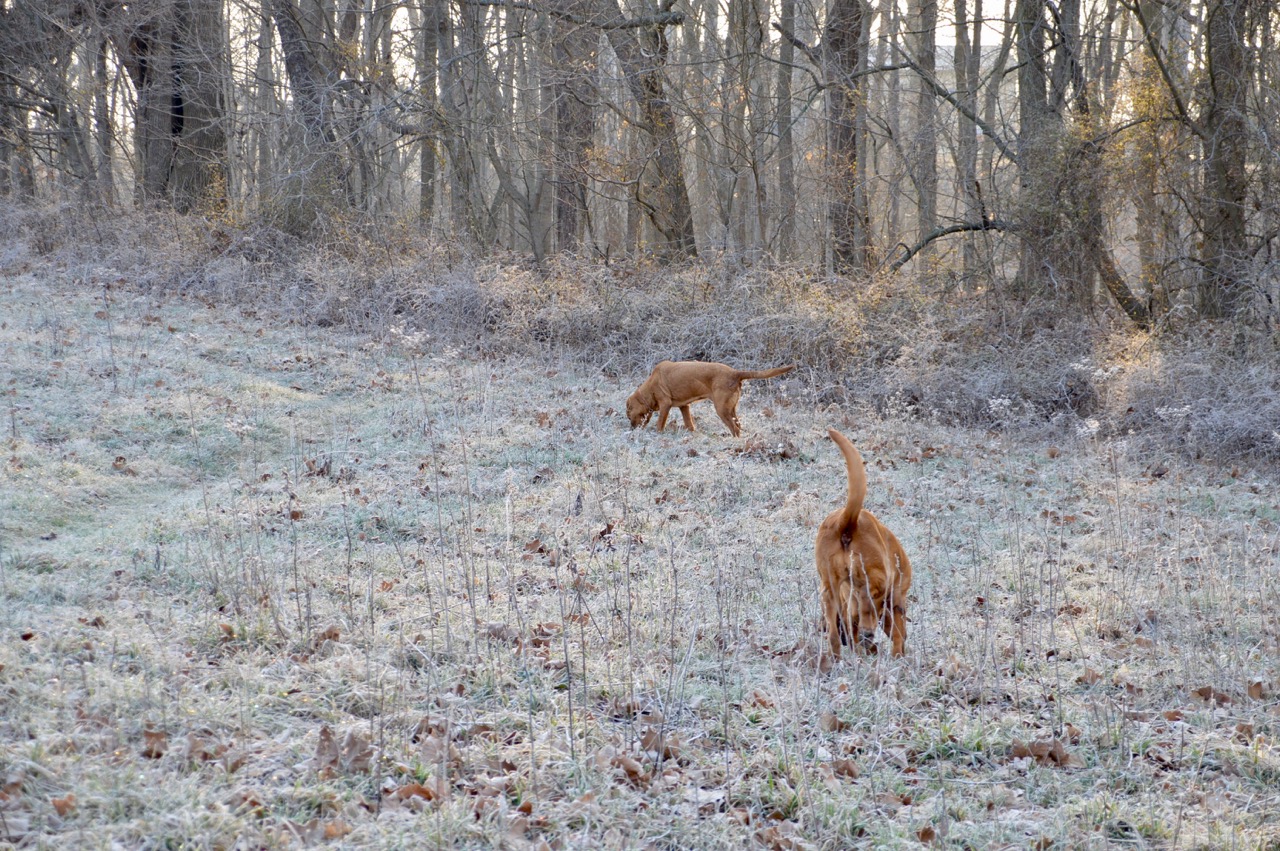 As bad as I want warmer weather and Spring to arrive, the bloodhounds don't care ... but Heidi does. She is like me ... wants it at least 70°. Since our last post nothing much has happened. About every time I put the wool socks and long underwear away, the temps drop below freezing. We took off this morning with 25° and an adjustment to Daylight Savings Time.

Even though the walks remain the same, Stella has changed her walk routine as usual. I've been letting her hang back while Sadie and I make the half mile walk. Stella has made two changes ... she gets as far as the first corner by the time we meet her on the way back ... and she comes when I call her. 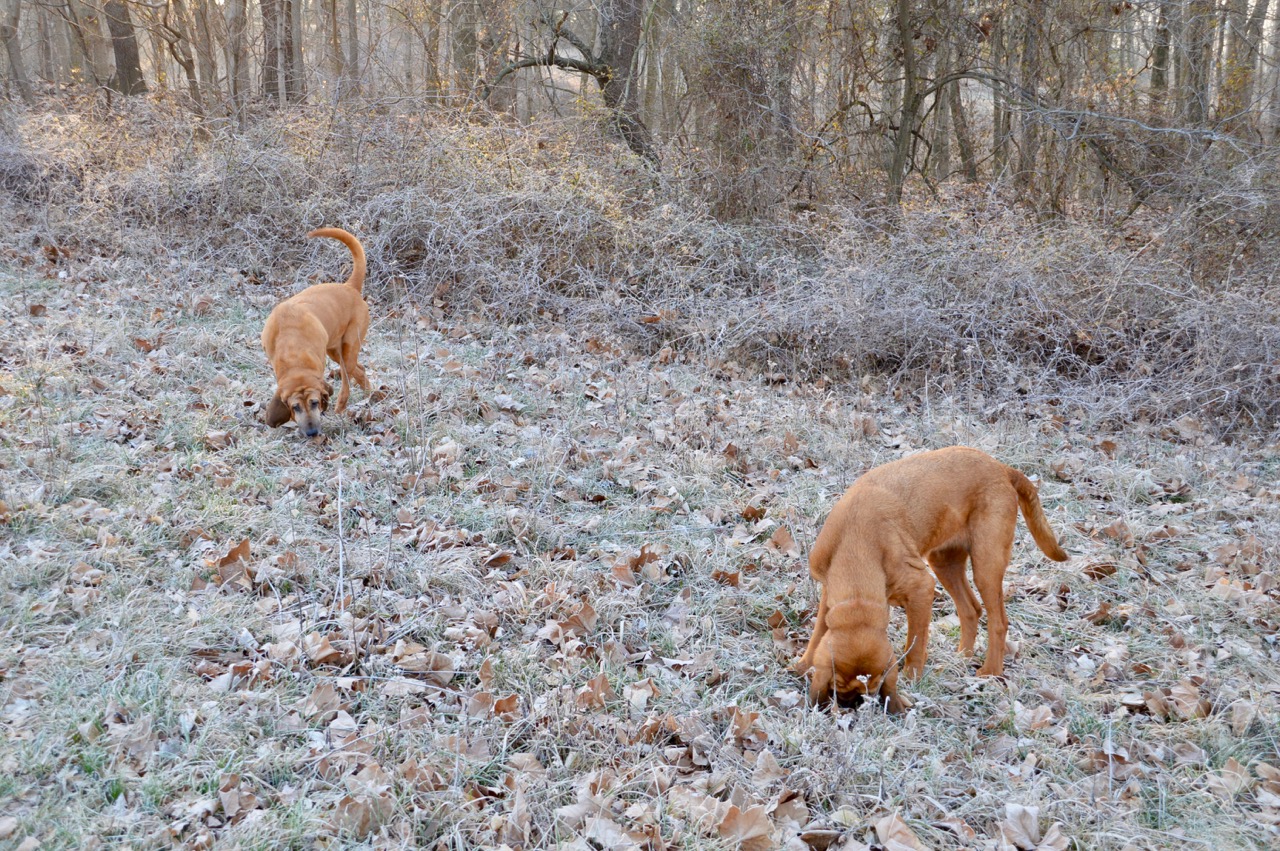 I tried a few changes to my camera settings even though most of our walks anymore are taken without a camera. For some strange reason Stella seems to follow Sadie and I, when I don't take the camera. I spent a few days taking large file images in the RAW setting instead of JPG-Fine. I could tell a slight difference in sharpness but it wasn't worth the extra time it took to export the images from the computer to the blog. 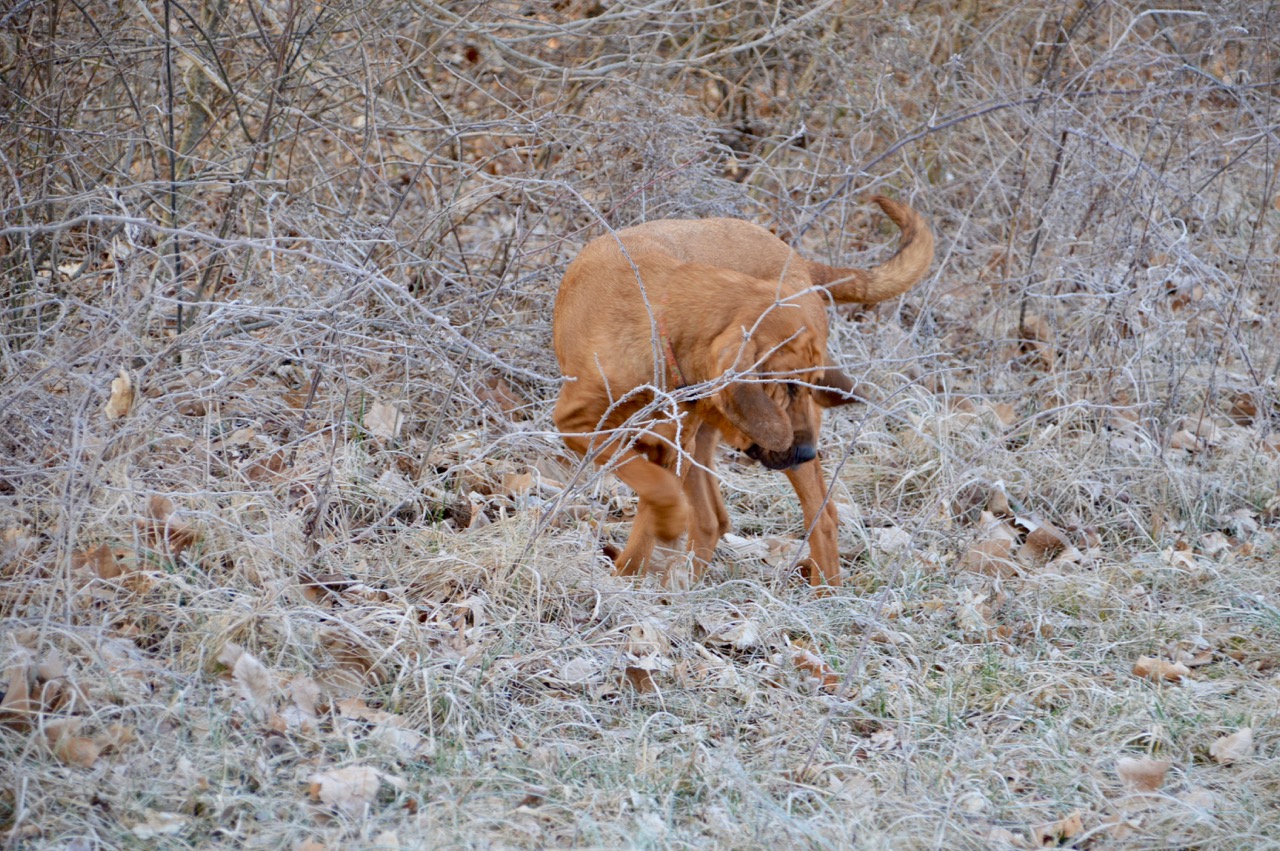 About the time I made the change back to JPG-Fine, I received an updated article from 'Digital Photography' where a professional photographer made the same comparison and the same change for this general family photos. 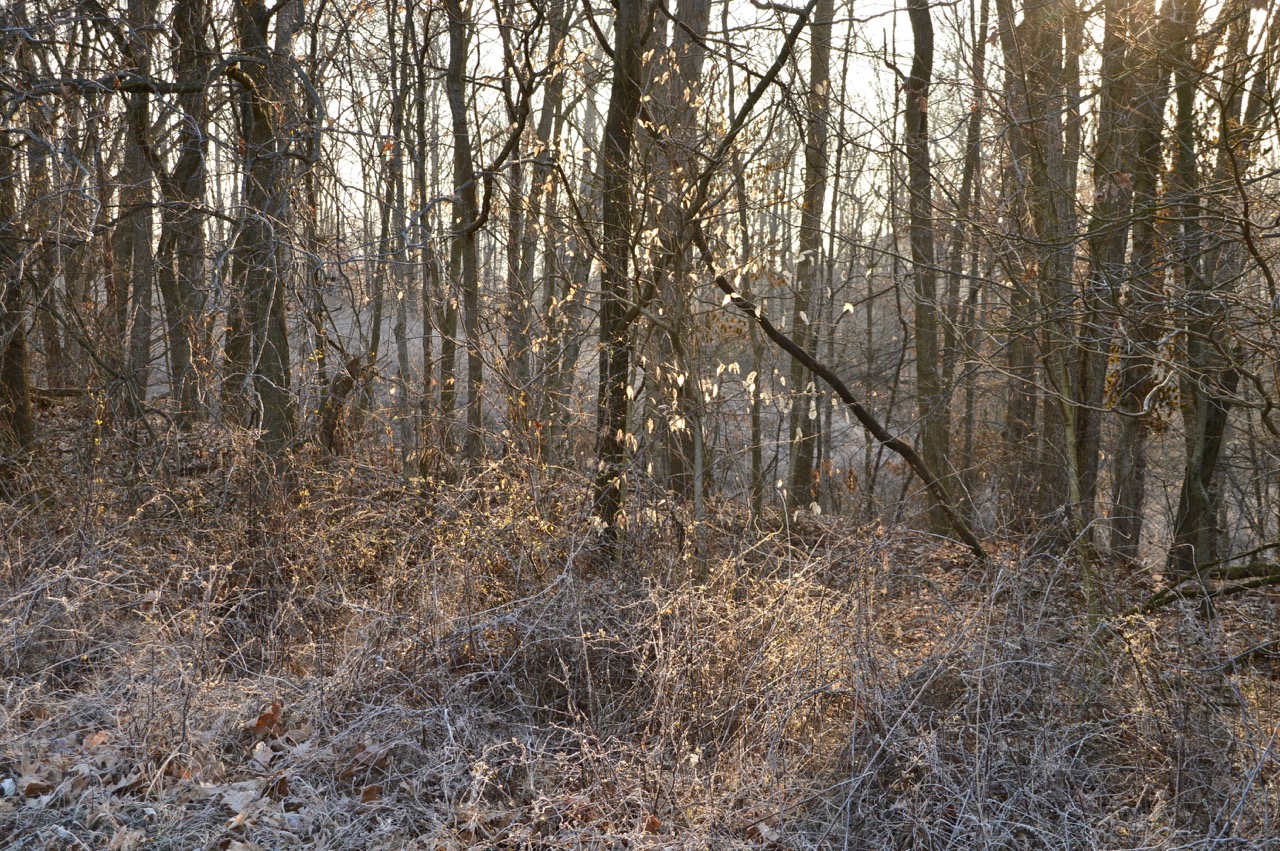 Heidi was able to make a few laps around the house a couple of days when the temps were in the 40's after her lunch. I let her do what she wanted, but she always made it back to the door to be let in right after her lap and spent no extra time outside. 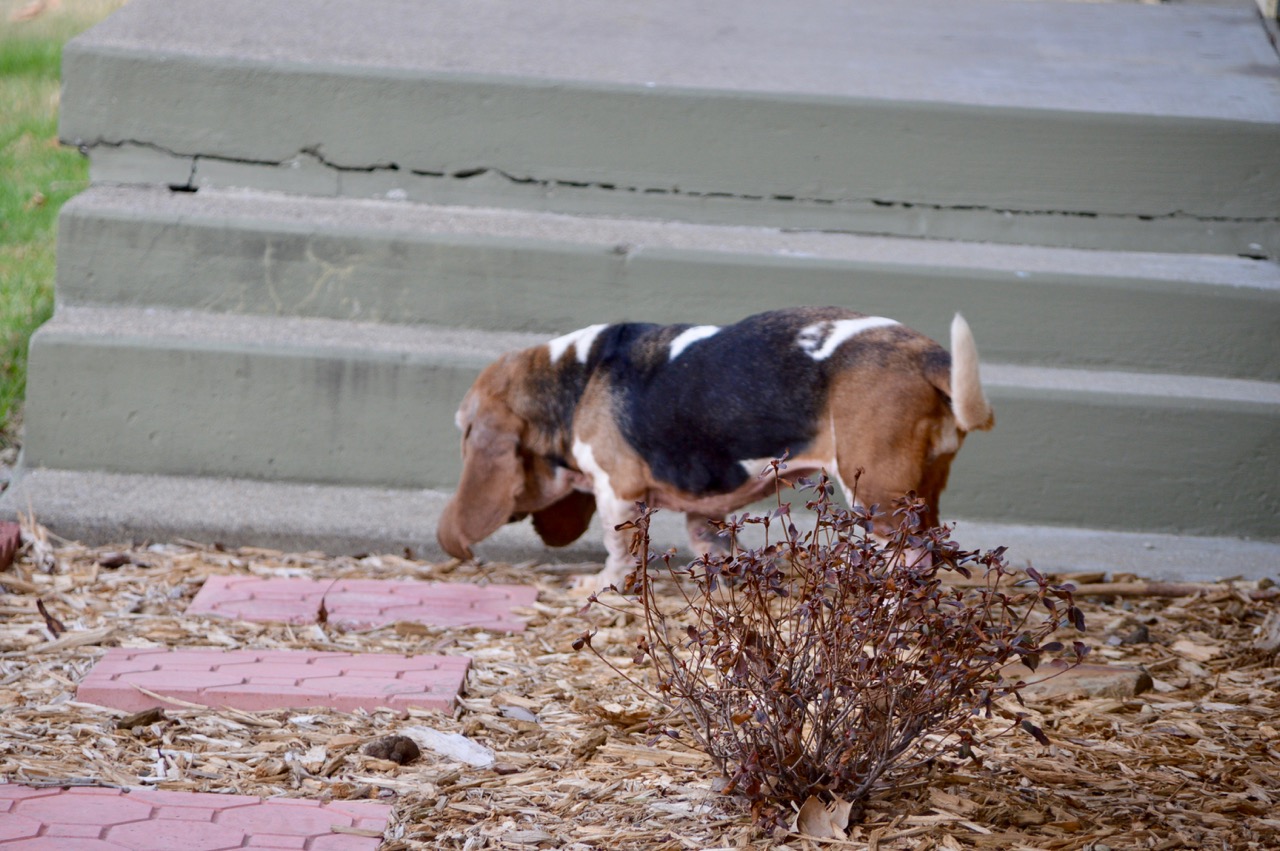 No matter what, every walk morning or afternoon, Sadie is always tracking scent ... that's what she is made for. Where Stella prefers food and sleeping. 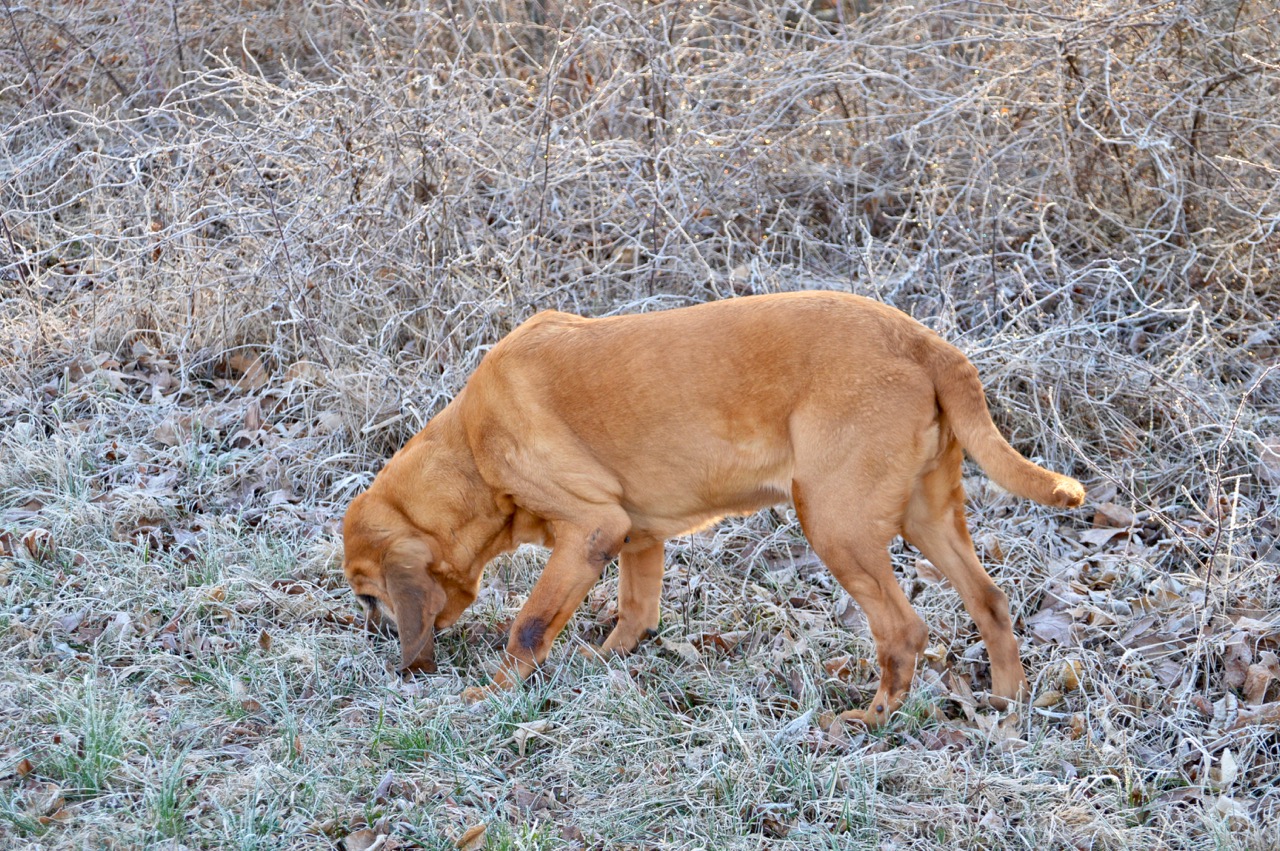 I've really enjoyed the change from Directv to Dish Network. I now have a feature I can split my tv screen into 2 or 4 screens, showing ballgames in each smaller screen. A nice feature for a sports addict like me. With a DVR that tapes up to 16 movies, tv shows, or ballgames at one time, I no longer have channel conflicts. The nicest thing is the ability to export all saved movies and games to an external hard drive instead of taping them on DVDs, after the 2Tb DVR is filled. 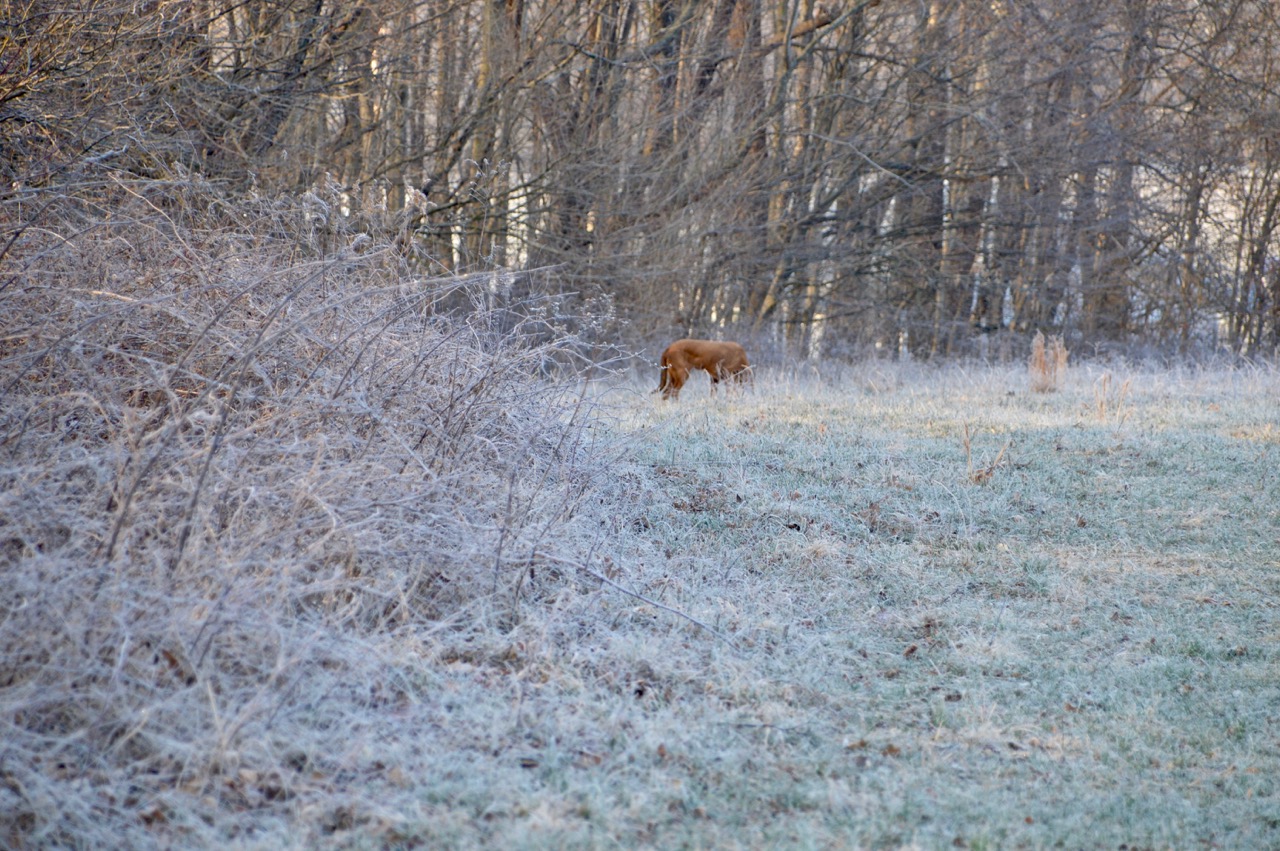 We had a few days of rain mixed in between the freezing cold days but when the roads have been dry and no rain in the forecast I have taken short drives (1 hour) with the Z4. It does not get driven that much over the year but it's there when I have the urge to go out and enjoy the local scenery plus the smooth driving Z4. 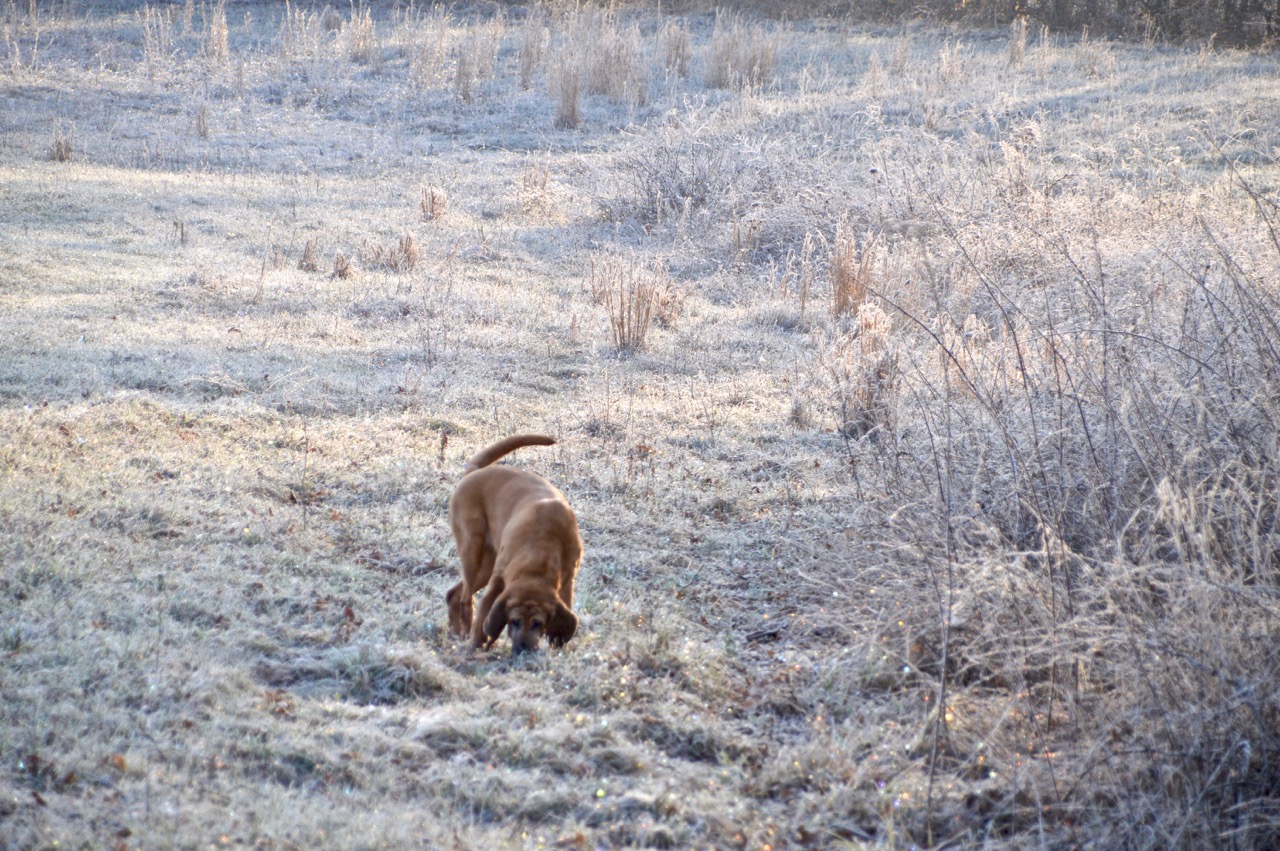 Back to Directv, I am in the final few weeks to officially close my account. Since my DVR is an older model they did not request that I ship it back but they did send me an envelope to return the card inside the DVR. Of course they cannot let me know that they received it, nor can their customer service reps tell me if that card has been received, thus leading to a possible charge.

I have been told different stories, one saying that if I have received my final bill, which I did and paid immediately, then all is good without any additional charges. Directv forums tell a different story, so we will see I guess. 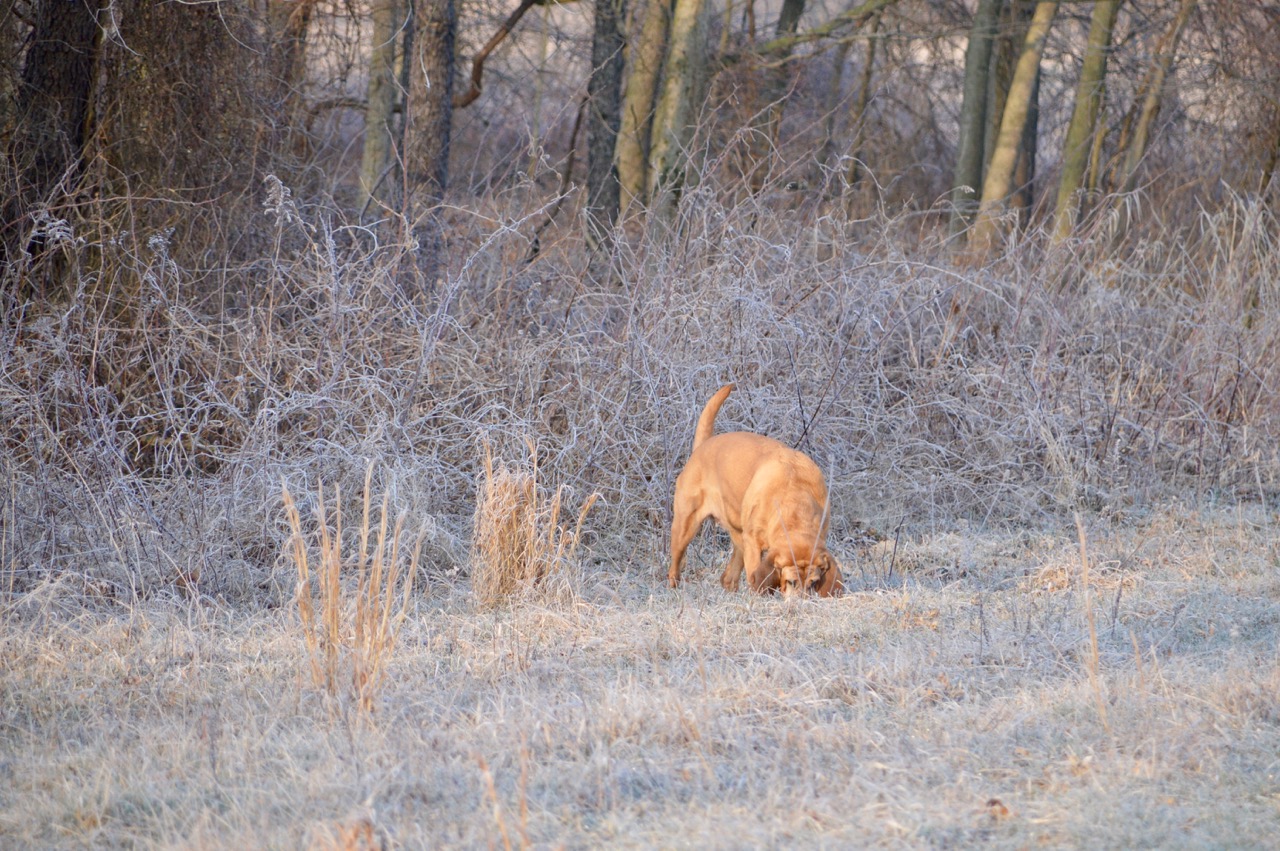 They continue to make offers for me to come back, this week by snail mail. My same 'Choice Package' for $29.99 for the next year instead of the $99.99 - $114.99 I was paying. To sweeten the deal they offered a Visa Gift Card worth $300 this week. Yet they day before I cancelled my account they told me they could not offer any discounts.

No matter how far back Sadie gets behind me, she will always come sprinting to and past me in a full sprint. 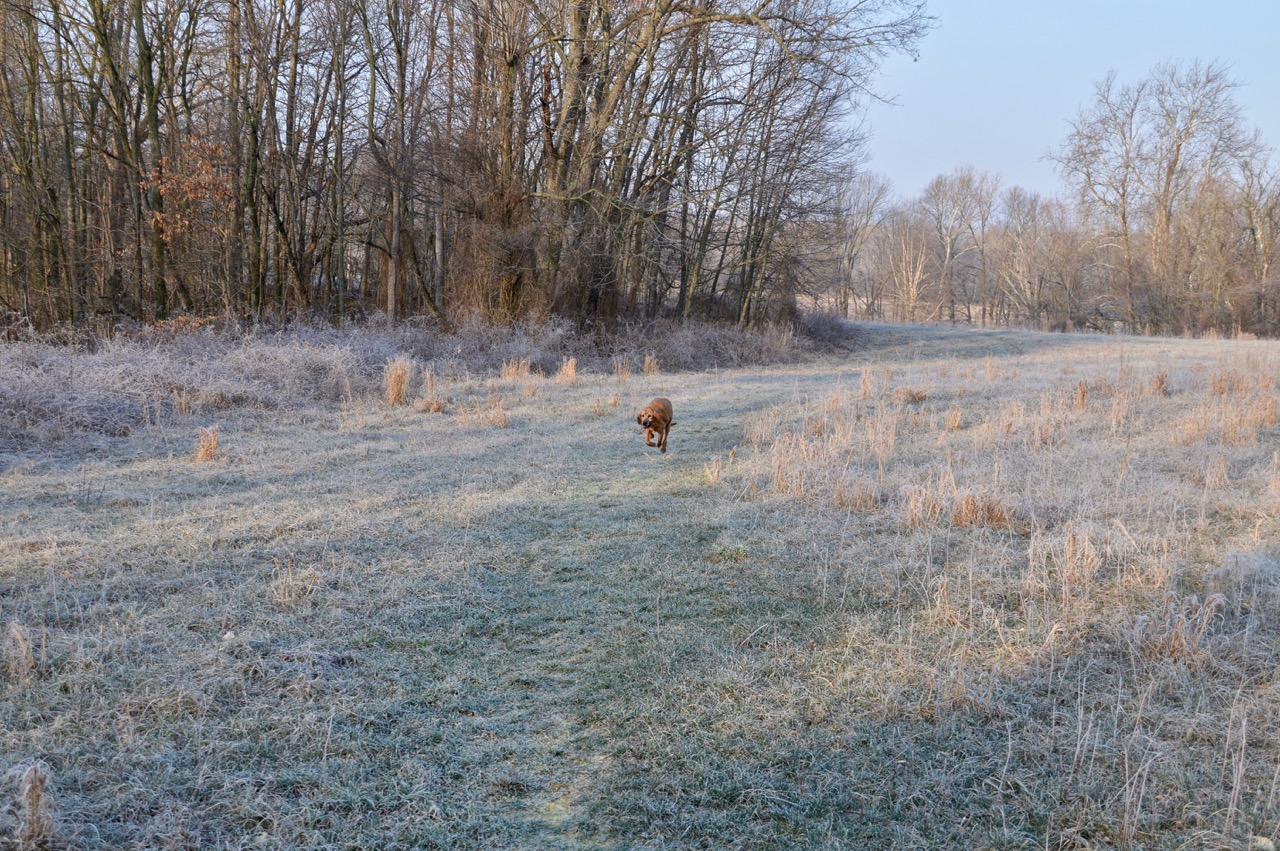 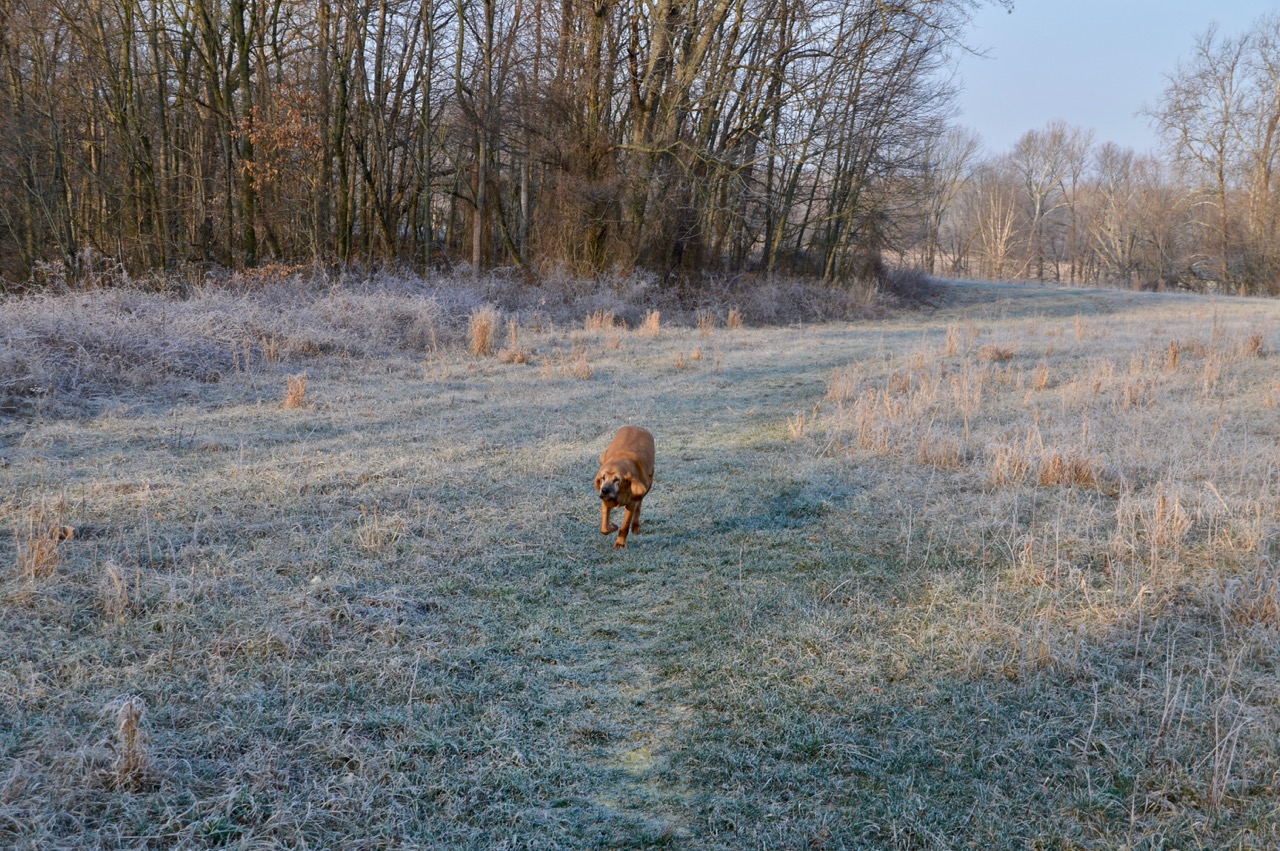 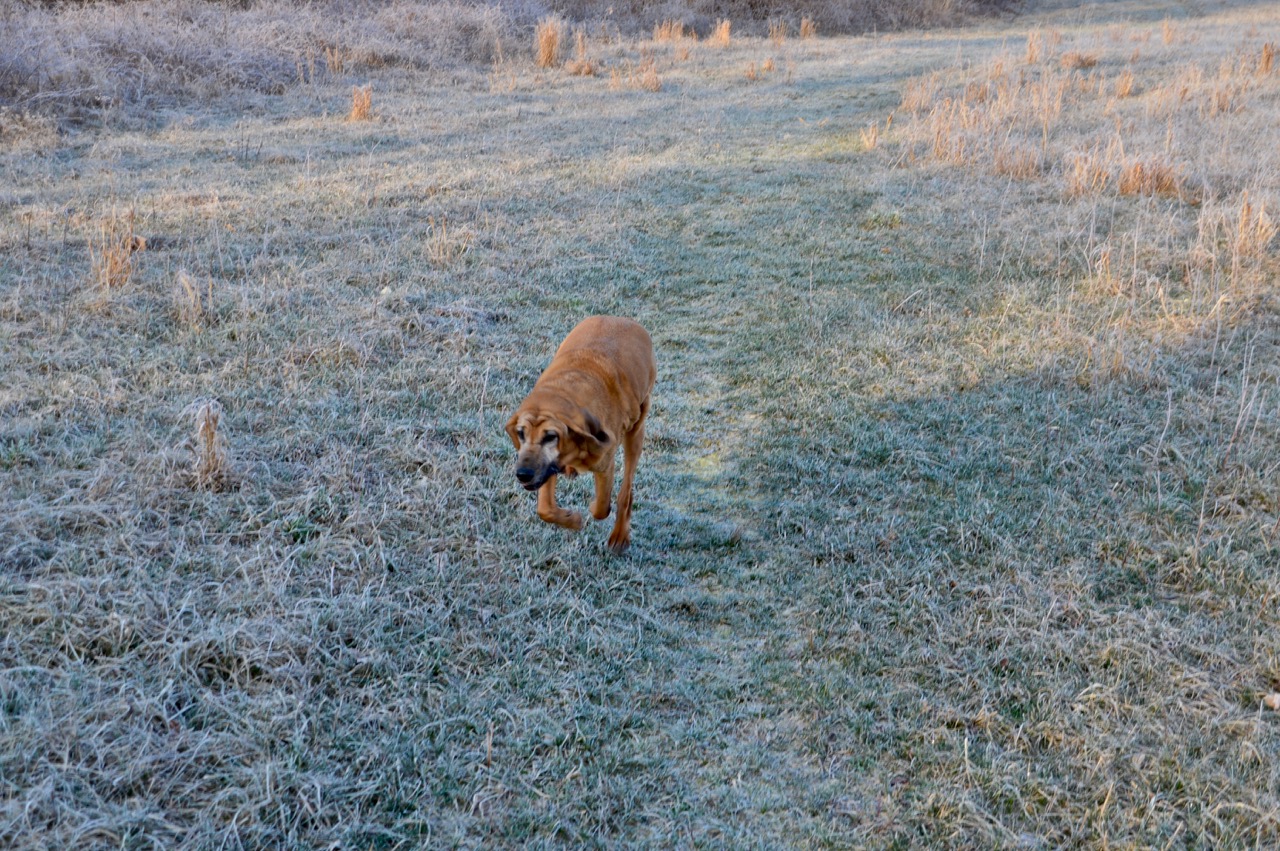 It shows it will be warmer by the end of the week and possible snow a few days later on Tuesday. No worries, I've seen it snow the first few days in April many years ago. While we had the coldest winter that I can remember this year, the national weather service says the Earth was warmer than ever in January. 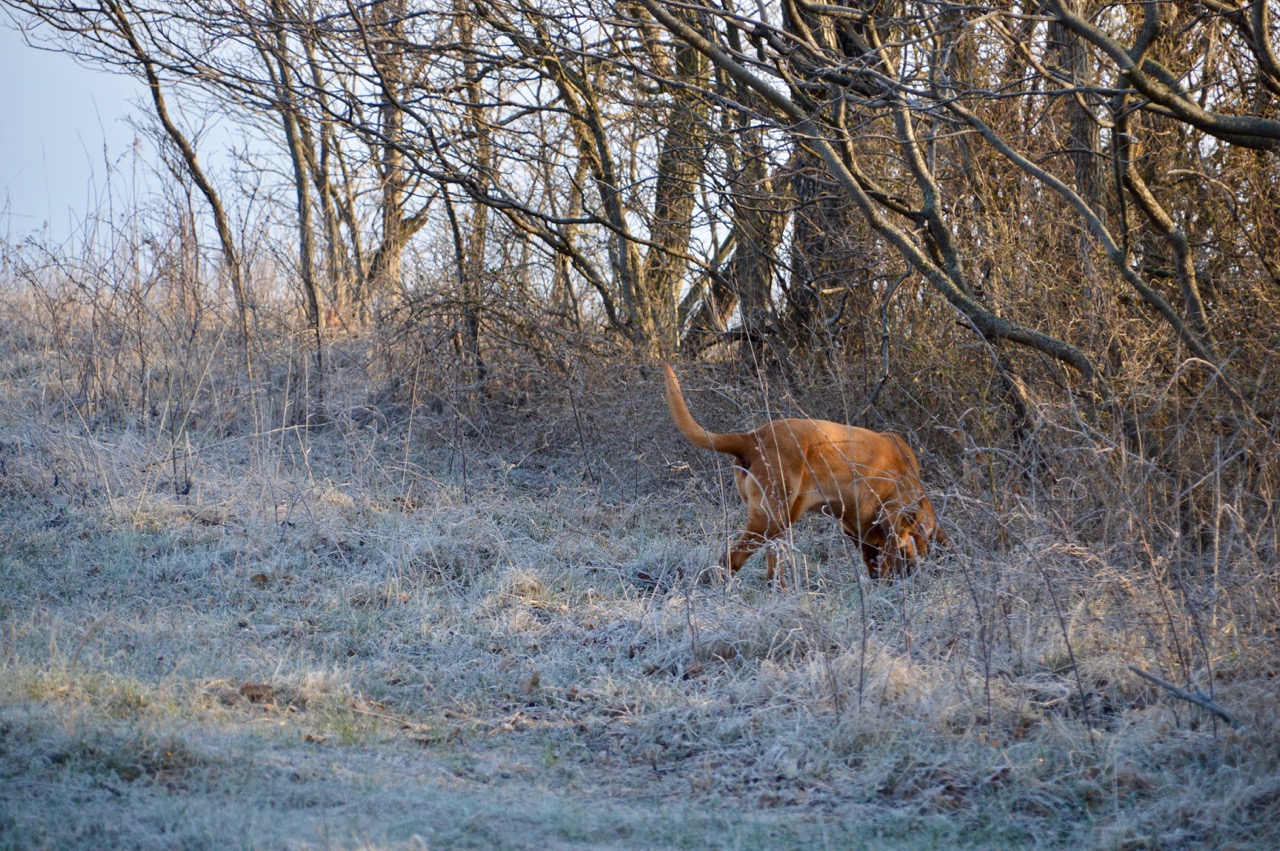 It's the middle of March but looks like the dead of winter in freezing January. 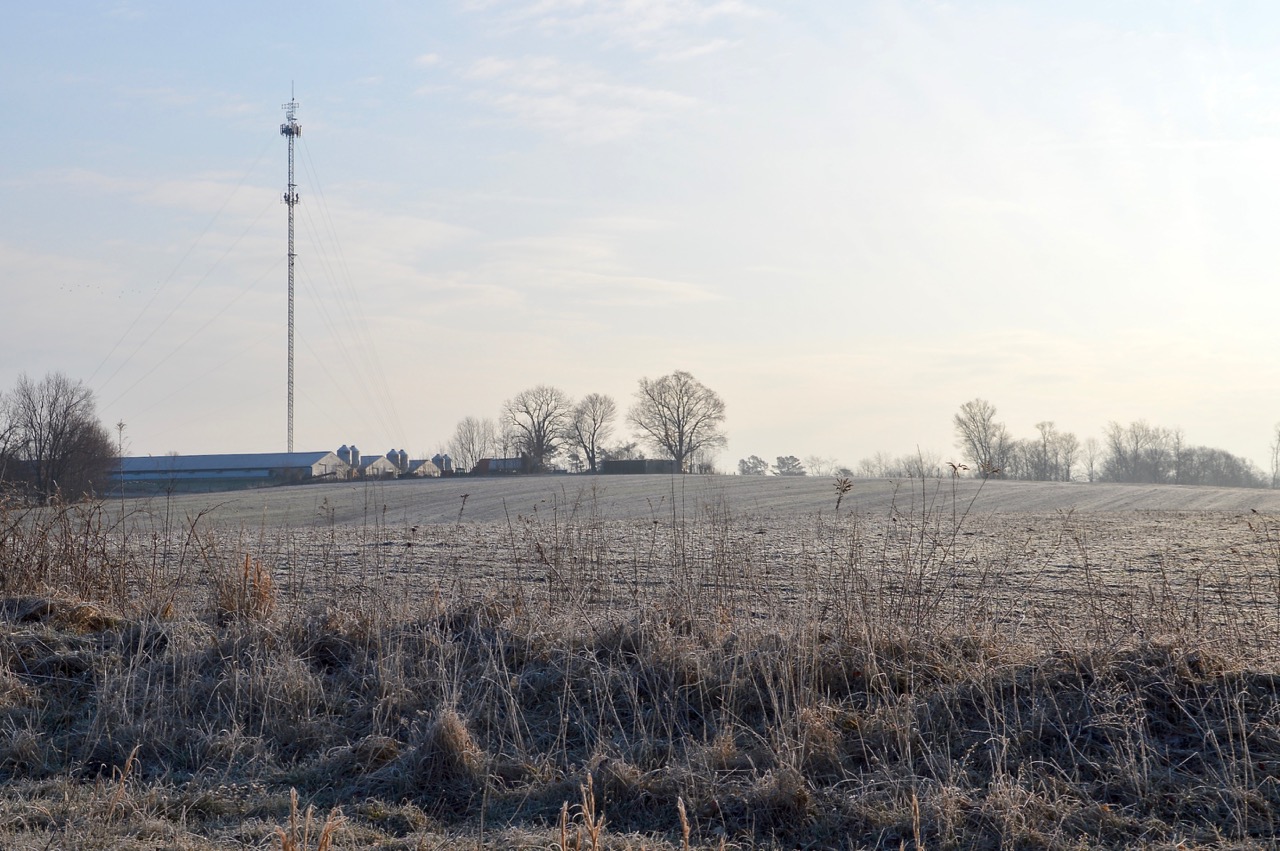 With each step by Sadie I could hear the frozen weeds, grass and dormant flowers crunching under her paws. 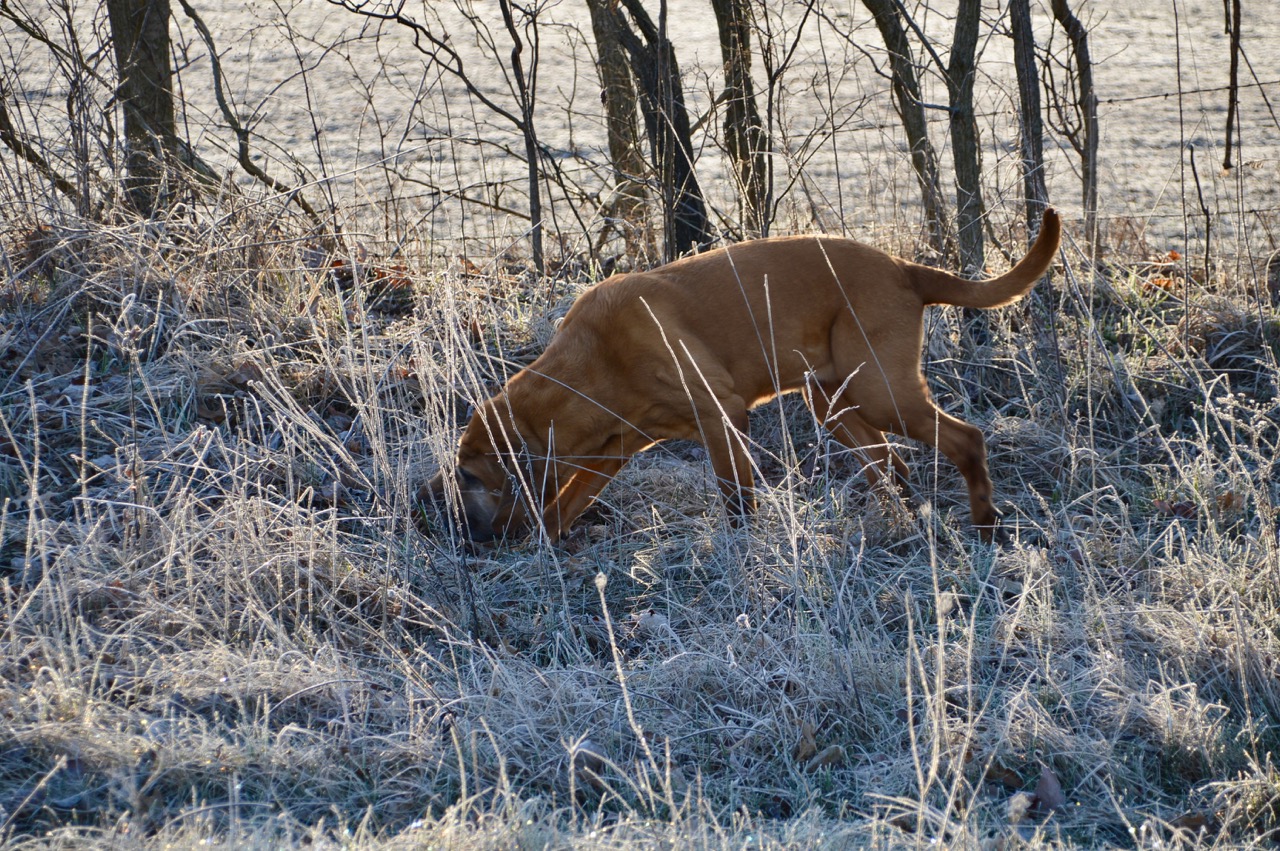 This has been the area we see Stella as we make the turn toward home, at least the past week. 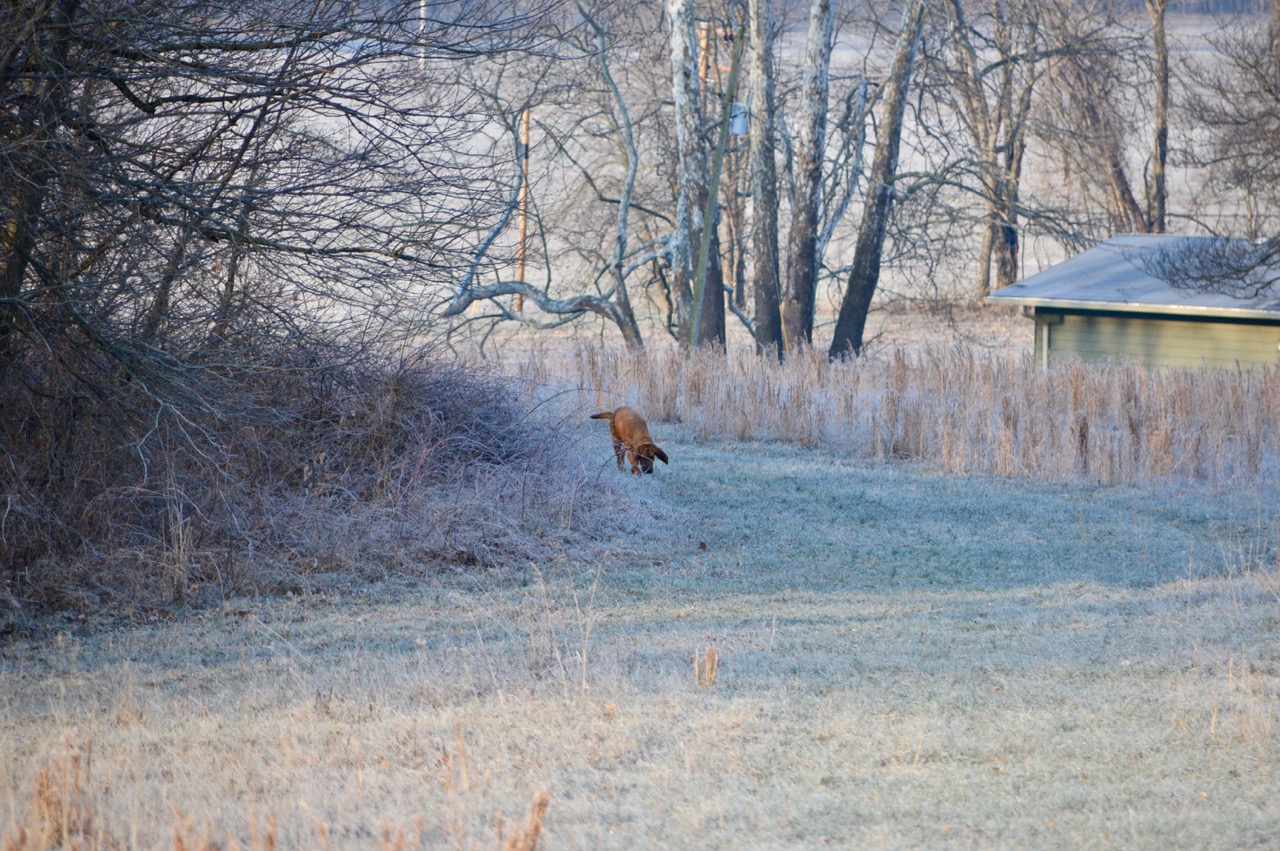 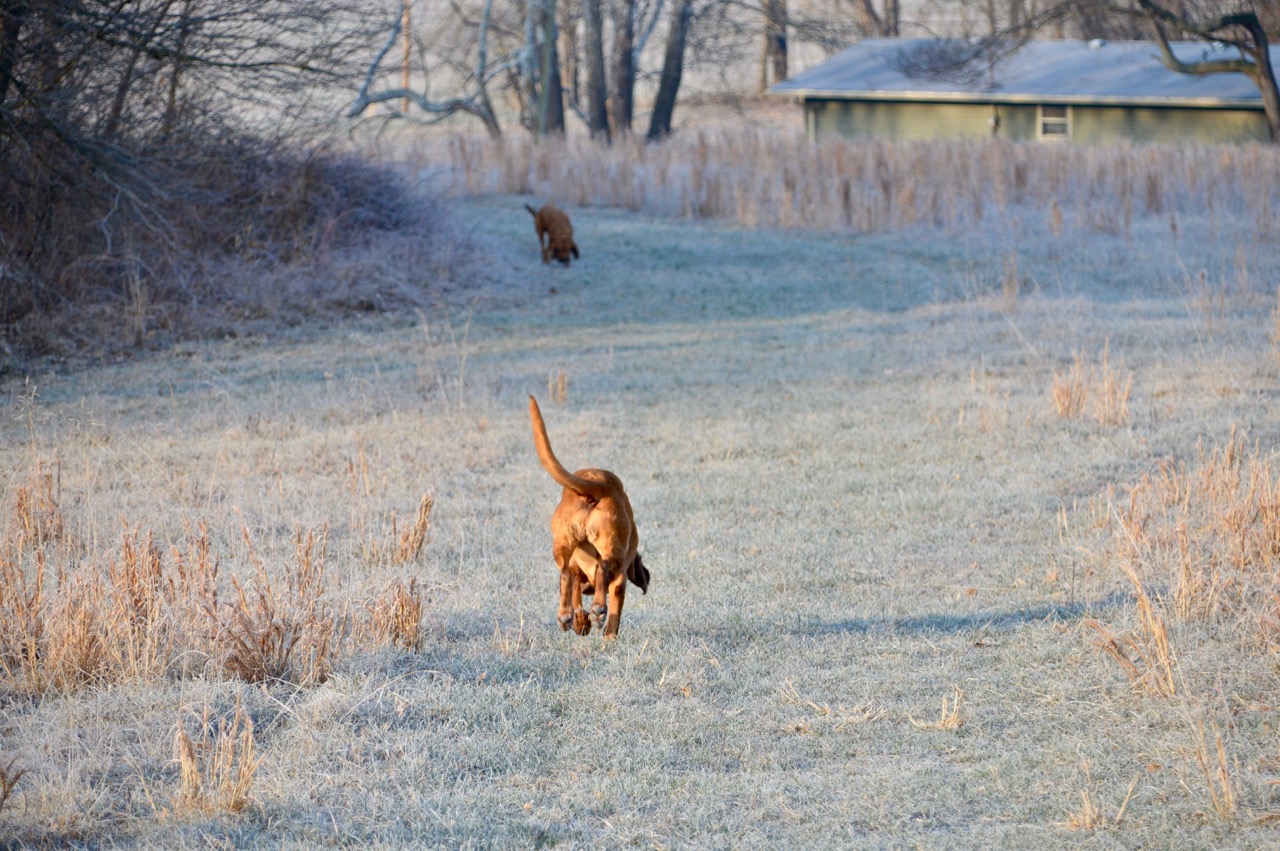 While looking like she is ignoring me, this week she will walk over to me and push my knee with her nose to let me know she is there. Instead of taking her normal 'alternate' path home, she had been leading Sadie down the normal return path home. 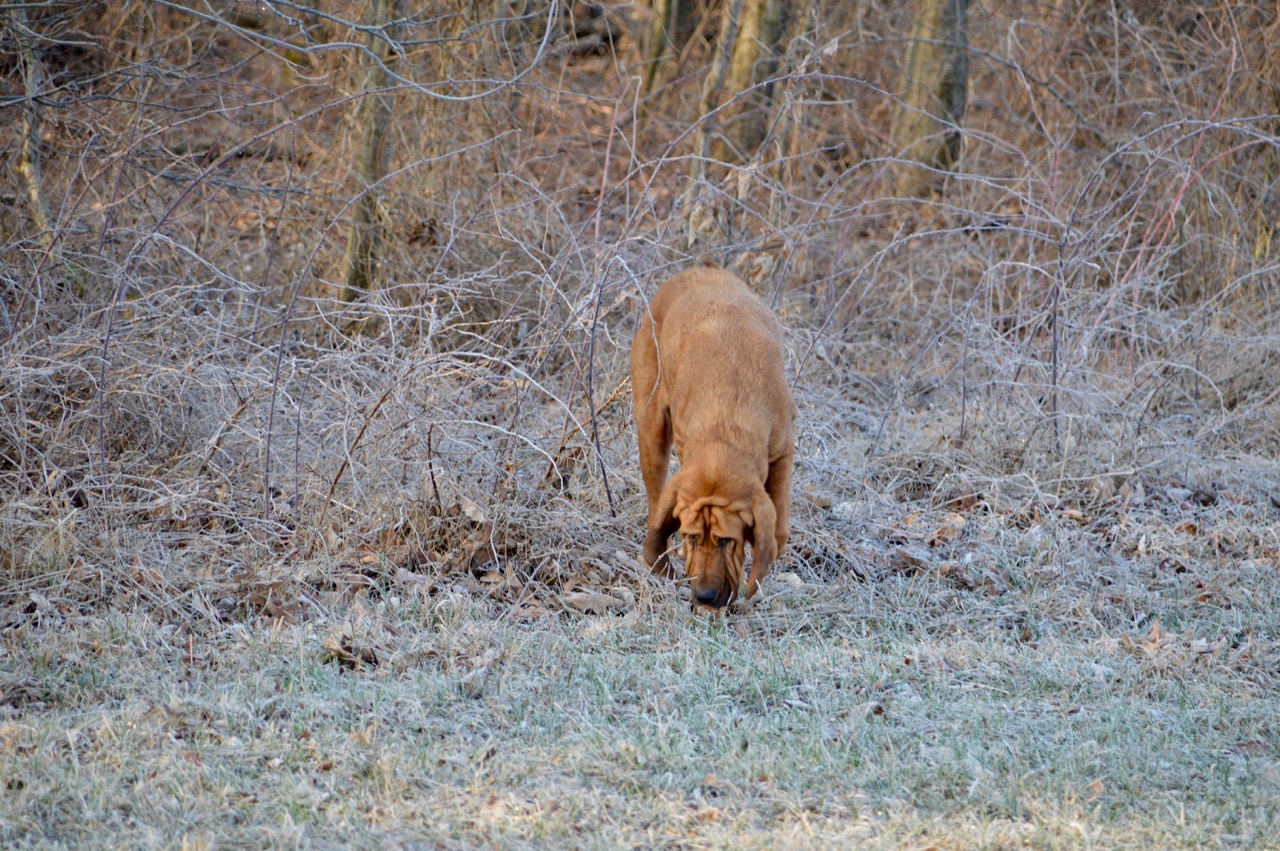 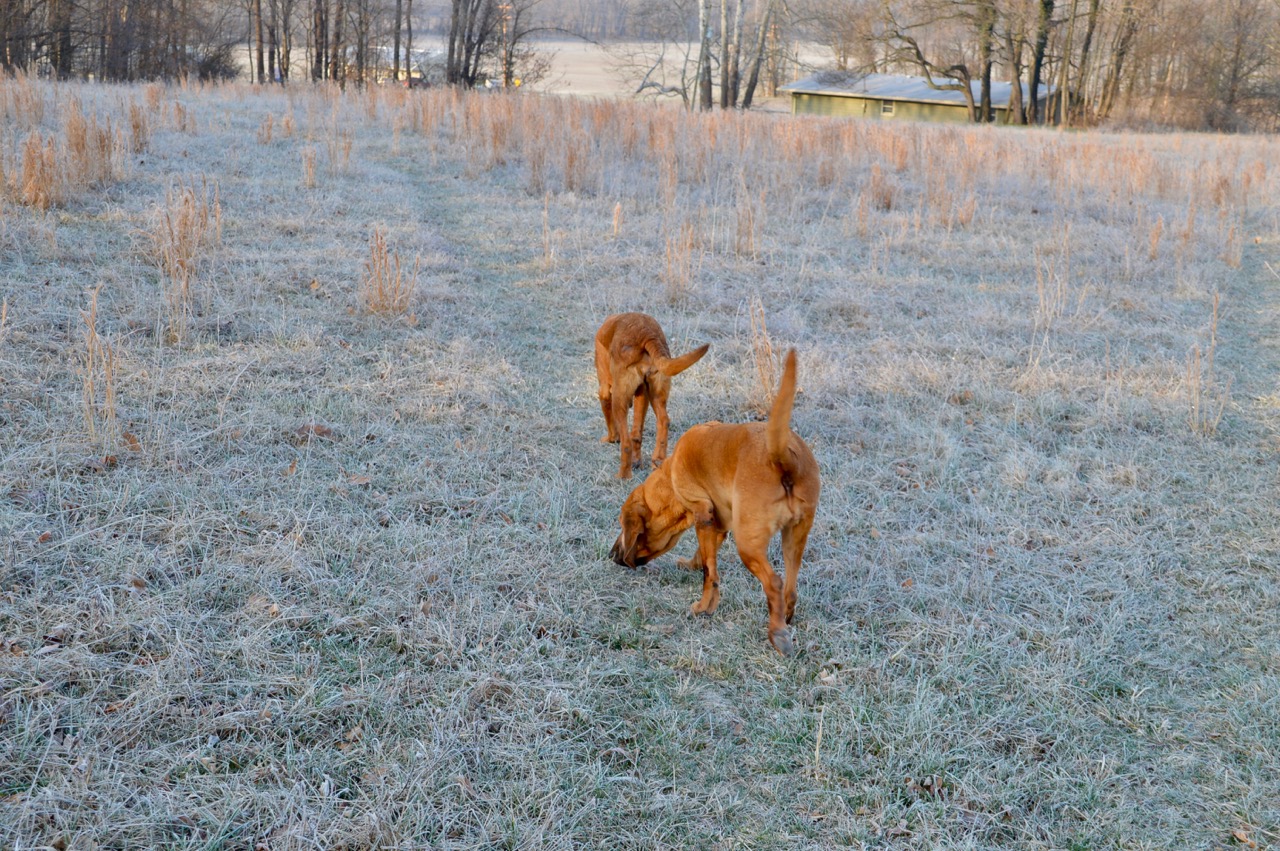 With all of the deer scent and the field cat we rarely see if every, they have plenty of work to track all the way home. 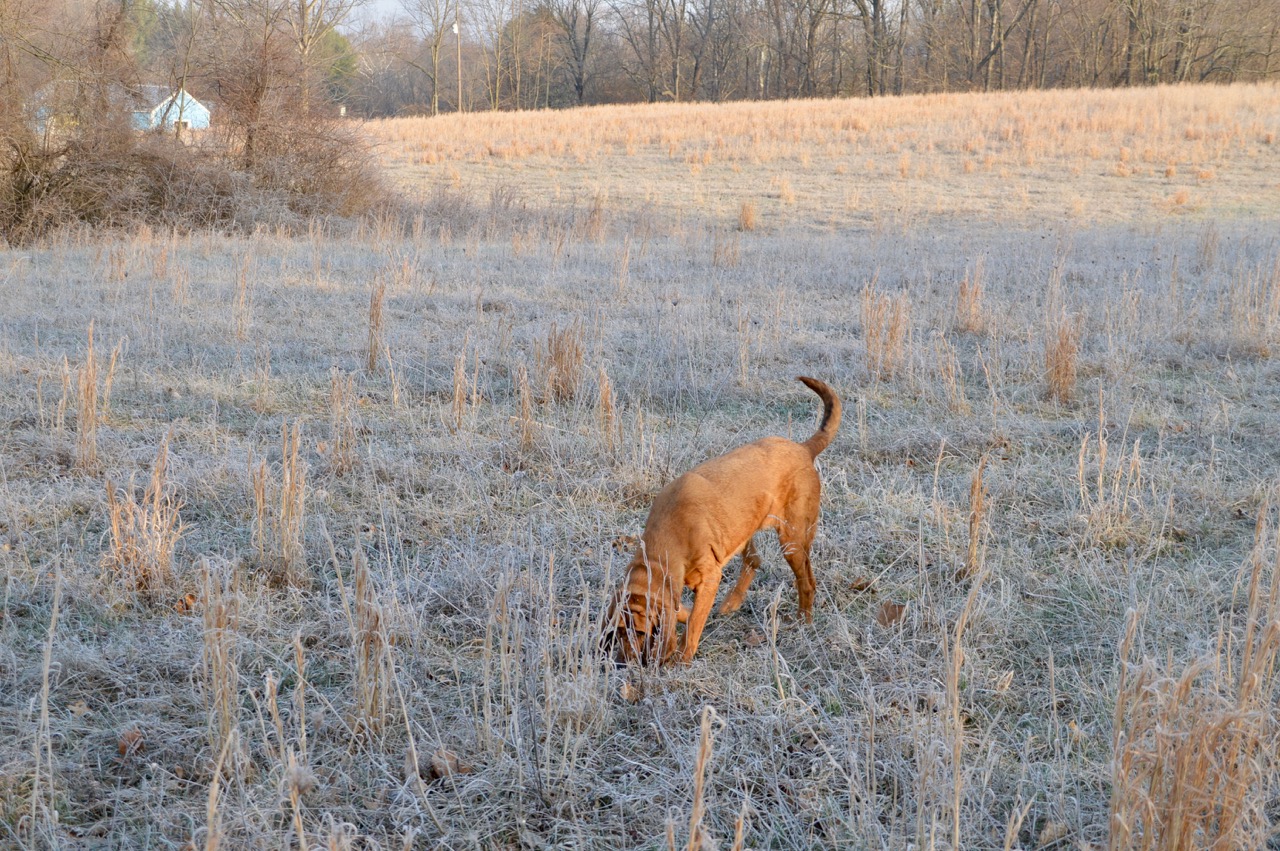 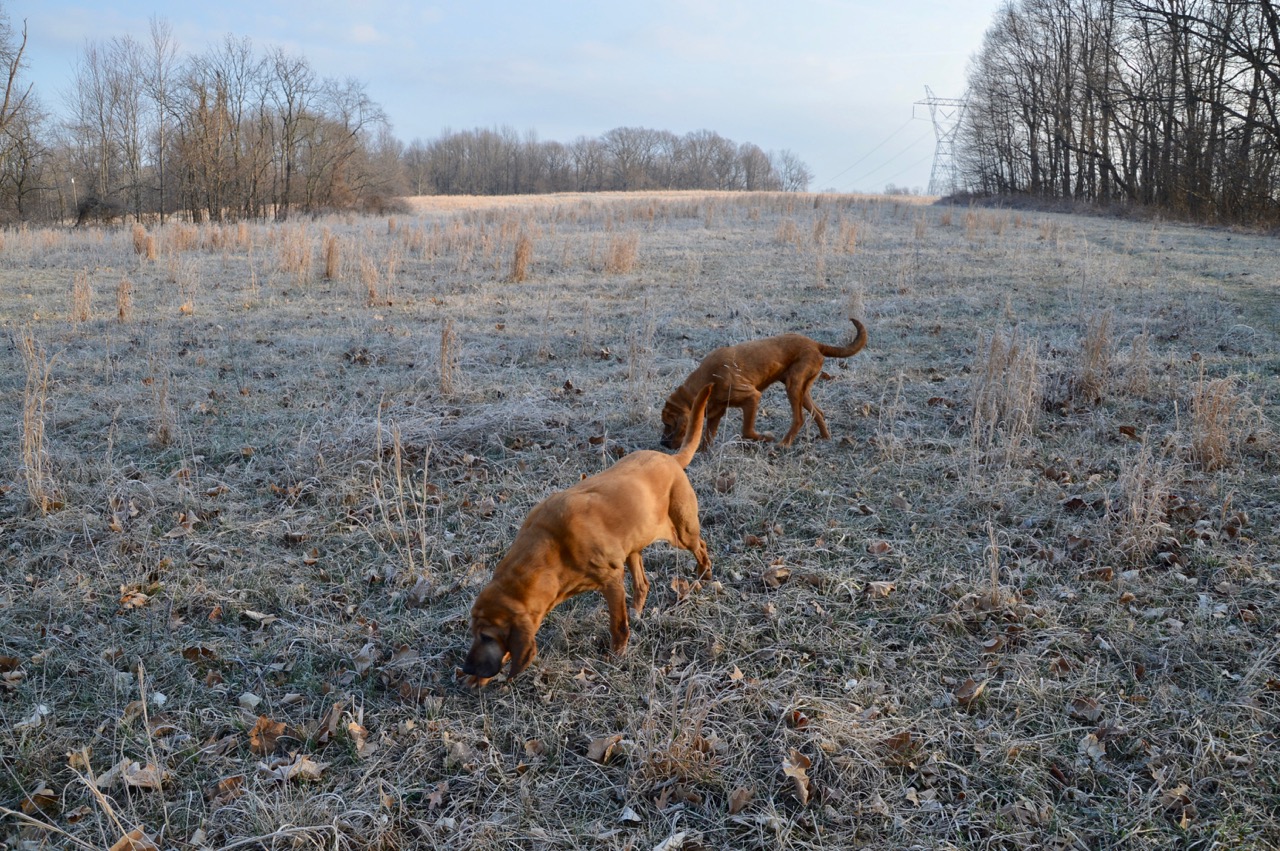 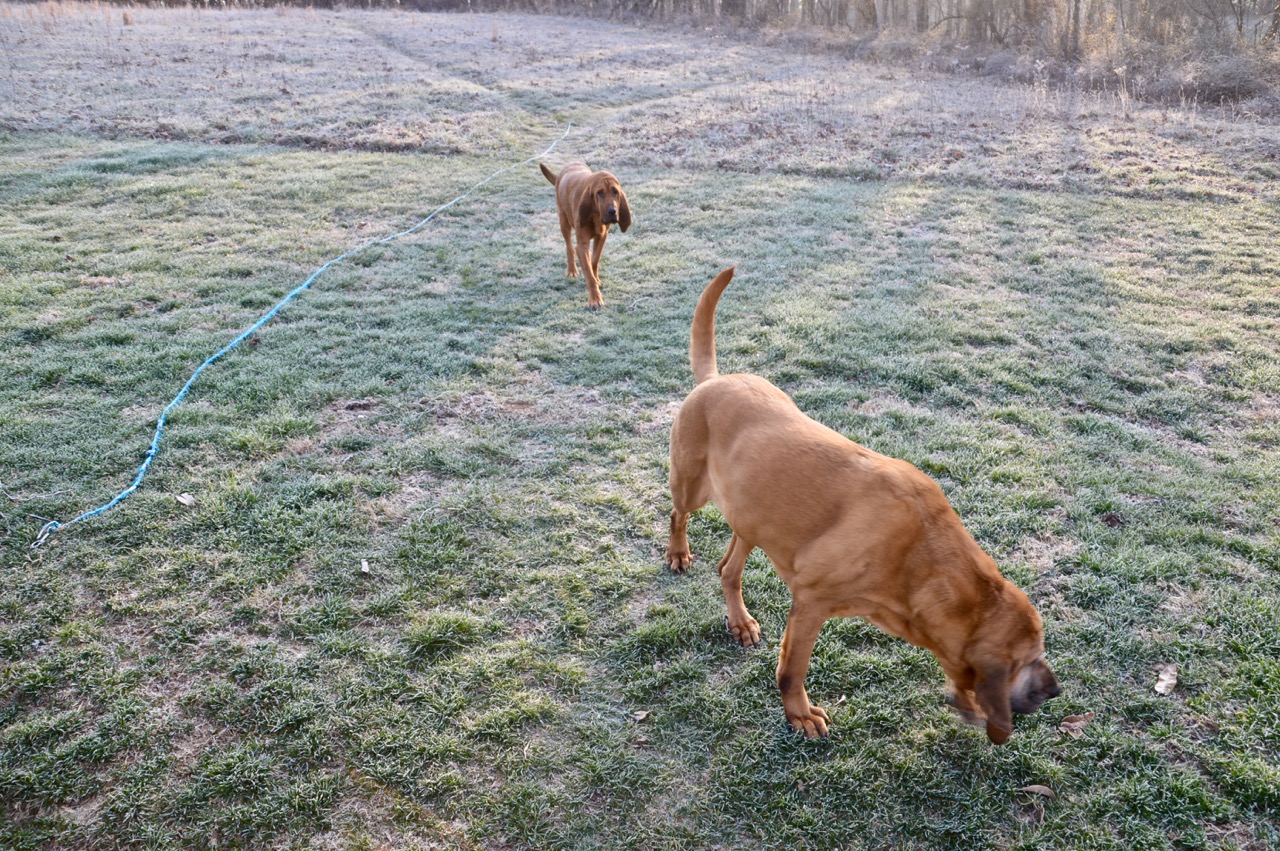 That 'field cat' made an appearance the other day during our afternoon walk. Sadie of course had to check it out and by the time I caught up with her, the cat swatted Sadie across her nose drawing blood. With the cat arching her back and hissing ... Sadie would not leave yet decided it was best not to poke her nose toward the cat.

By the time we returned home, Sadie had stopped the bleeding by having her nose pressed to the ground on the way home the other day.

The next month will be filled with 'March Madness' in college basketball, sprinkled with a few games of MLB spring training. The Reds open their season in just 16 days, snow or now snow.

The 'to do' list will be started the first day it is warm. I have a lot of things to get done this spring which will mean even less computer time than now. In the last billing cycle that just ended a few days ago I had my lowest data usage EVER!!