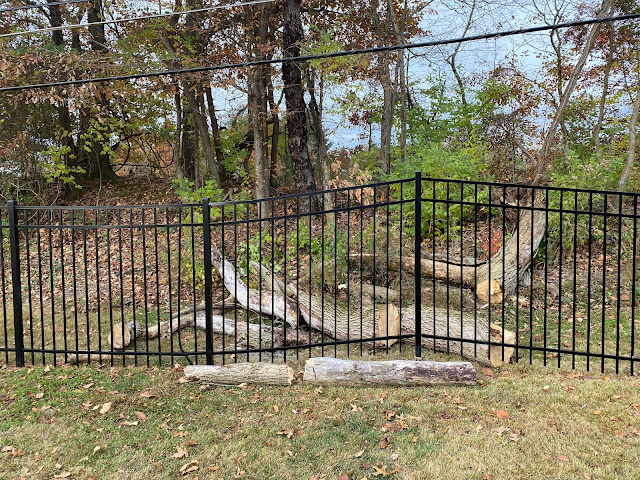 I realize it is the day before Thanksgiving and the guy going to send me a quote is probably on holiday routine which is fine. In fact it might prove to be a good thing.  From the get go once I had those screws handed to me last night I knew I could put that fence back the way it was. It took me no more than 10 minutes to hammer the post lower, adjust the horizontal rods as I went and then screw in the six screws. It felt just as stable as it did before. 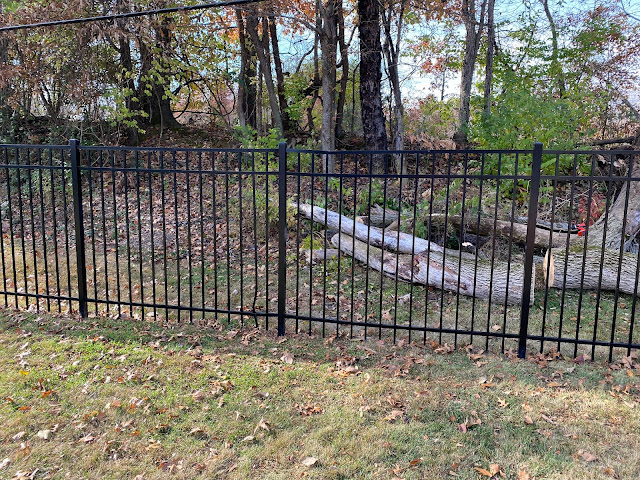 Looking at the photo the damage is as follows. Top rail on the section in front of the wood is dented, the one they took out to cut the tree limb. On the left two vertical rods are bent, one at the very bottom and another in the middle part of that section.  I sent this photo out to some friends and all of them thought the fence looked okay as it was. Some did not notice the damage until I pointed it out to them. I think I am going to leave it as is, won't spend any more than the $21.99 I spent for a 4# sledge hammer and a $4.50 quarter inch wrench for my drill. I might go back and buy 3/8" black self tapping screws since the ones I put in didn't hold as they did new. 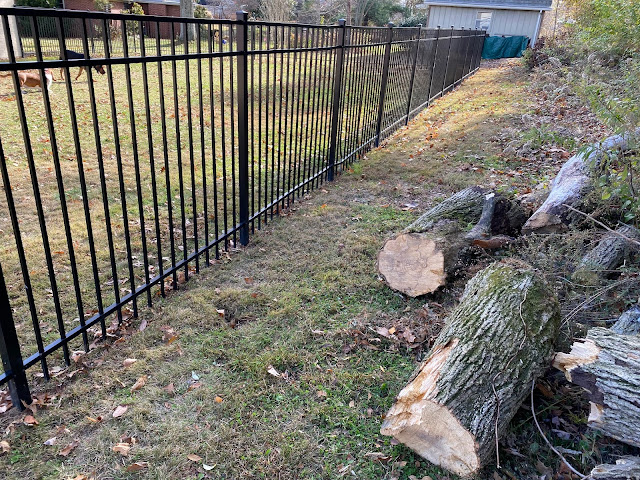 Those logs were heavy but I was able to lift and move them away from the path that I mow. Someone will have some nice firewood if they want it. I also took a garden rake and raked up the loose bark, and pieces of wood on each side of the fence. Inside the fence especially, so Watson would not eat them. 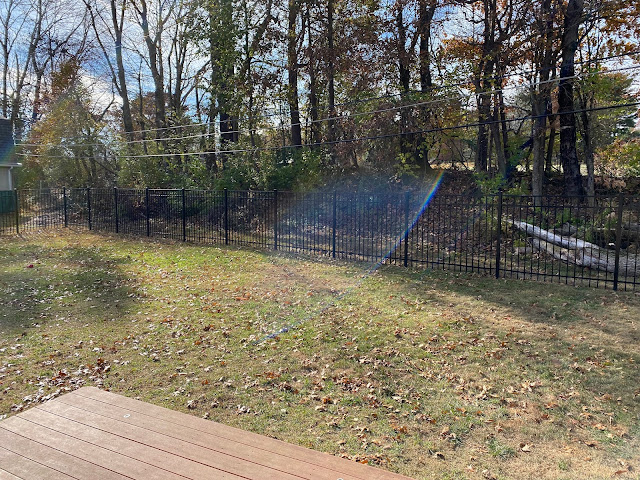 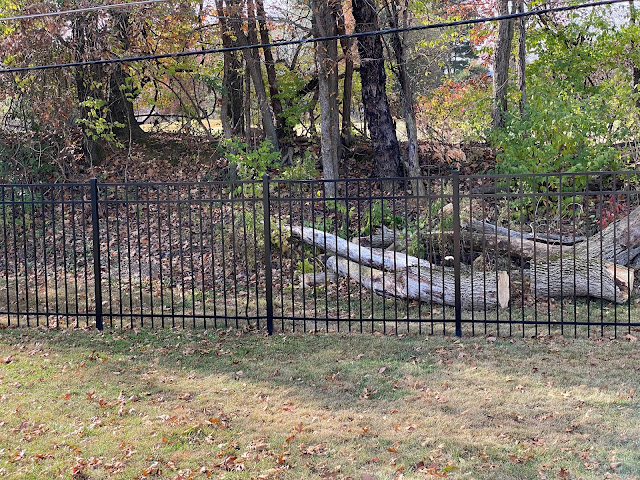 My neighbor told me an interesting story about these trees today. The previous three owners before me called and talked to various people at the utility company requesting to have these trees cut because they were close to the power lines. As you see no one at the utilities, which is now owned by a company out of Houston Texas, thought it was important enough to have them cut down.

That berm really does form a point at it's peak, so the question is, just how deep are the roots of those trees? Tree cutting companies are booked out to February or March for new jobs. They will show up if more trees fall and need to be cut down or if the one in front of the house falls on the house. I doubt it will go to that extreme.

It was good to get the fence back together so the hounds and the dog could enjoy the 58° sunny weather all day, before the gray clouds moved in. With they middle of the night excitement and new smells today, by 3:30pm all three of them were in a deep sleep.

Happy Thanksgiving to everyone and enjoy the time with your families.

All is good here in "the tropics" of Southern Indiana.