I Picked Up Heidi 3 Years Ago Yesterday 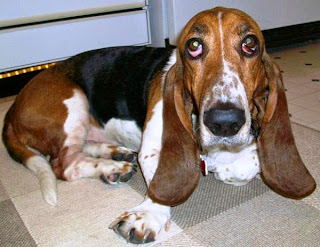 It was three years ago yesterday I made the four hour drive north to meet with the lady that was fostering Heidi for GABR. That is a basset rescue service based in Dwight Illinois. Heidi was named Lucy at the time of adoption.

I am not sure what made me decide to get a 2nd basset hound and a 3rd hound for the house. I think it was the photograph on the left, used in her ad for adoption. It was hard to believe she was in that situation of needing a home.

She came with allergies, written instructions for treatment and pages and pages of medical records. They had estimated at the time she would be about 3 years old in December 2012. For her short three year period she had been everywhere. Multiple times in and out of shelters because she was "a runner". From the records it looked like she had allergies from day one. You could tell just a little by her skin but her coat was shinny and soft when I checked her out.

I had forgot about the meeting place being on Central time so I arrived at the appointed place, a parking lot, a little early. That gave me time to find the nearest Costco store for a new dog bed and some dog food, since at that time all the hounds were eating Nature's Domain. That was Costco's brand name for their grain free food.

After loading that into the passenger side floorboard I was able to build a larger area for her to lay on instead of just a passenger seat in a Toyota Camry. I found out soon after loading her into the front seat, starting the air conditioner for the long trip home ... that Heidi was going to tell me all about her history.

I'm not kidding. For the first thirty minutes of the trip ... she "talked" nonstop. No howling, just nonstop basset hound talk.

I was warned that she would take off in an instant if not on a leash. So until we were better acquainted she was on a leash at all times outside. It wasn't long though that I could see she could be trusted off leash when she went to the door to go outside and also on our daily walks through the field in back. 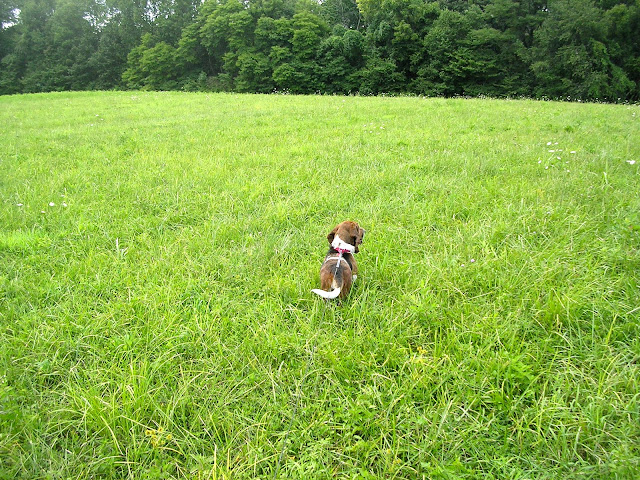 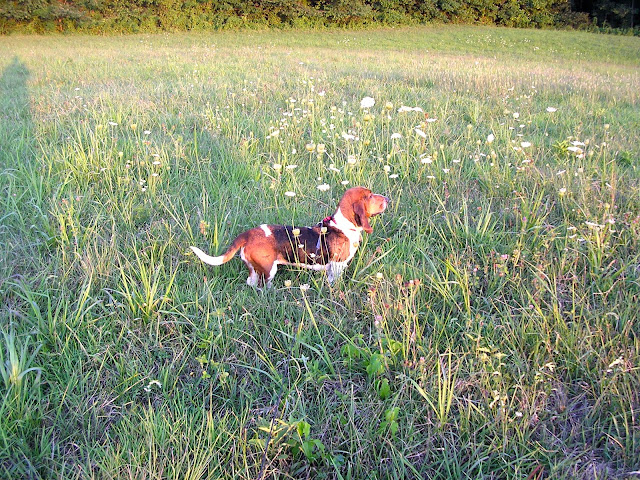 From the first minute she stepped inside the house, you could tell she use to be someone's house dog. GABR did not have any knowledge who the original owner(s) were. She got along great with Sadie and Winston, showing Sadie who was the real boss of the house by drinking Sadie's water and eating her food that first day ... that is something that Sadie would not let Winston get away with.

For about the first week Heidi slept on the new dog bed I bought for her, during the day and nighttime. That was until Sadie instituted the "Bloodhound Property Laws" as follows:


Soon after letting Heidi have the run of the house while I would be gone all day at work, I was shocked to come home and see nothing was damaged, no accidents on the carpet. I could see the water level in her bowl had decreased and there was a pretty solid imprint on the leather coach where it looked like she had spent most of the day.

It was quite a mystery to me how this great basset hound ended up in her local animal shelter multiple times and eventually to a basset rescue adoption service.

Anyway, we have lived with the allergies that seemed to be seasonal until last fall. The shots she had been given over the years no longer lasted more than a week instead of months. As you can see on the right side label called "Heidi's Treatment", the story is there. After a rough nine months she is finally turning the corner with her skin rash but currently the vet and I are trying to find out the cause of her weight loss these past three months.

She has been nothing short of a fantastic hound since the day I loaded her into the front seat to bring her home. So to celebrate her "Gotcha Day" a day late ... are some photos from years past. 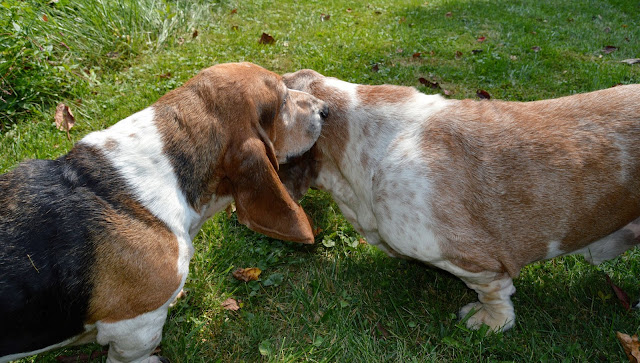