Some Left Over Photos of The Trip & Other Stuff

It's hard to believe a week ago we were sitting in Rifle Gap SP in Colorado. I was outside trying to take some photos of the strangest thing I've seen around here since I've lived here. There was a light rain with the sunshine, but that's not the strange part. It was raining in my front yard but not in the backyard where Sadie stood and Winston was laying evidently in his favorite spot of the yard.

After taking the photos and plugging the camera card into the iMac to download what I thought were going to be just the photos from today, it was telling me I had 41 new photos yet to be downloaded. I looked at some of them, some looked familiar, some didn't. Then I realized the MacBookAir laptop had these same photos and some had been used on my last blog post.

It's confusing at times and I consider myself pretty computer literate. The problem with Apple is, they just assume every customer wants all their devices synchronizing so every device from a computer to an  iPhone or an iPad will have all the same stuff. So they set that as a default. Then users such as myself find out the hard way this is the default and have to track down the settings, change them to stop the synchronizing and if a device doesn't have enough memory, you will need to go back and delete photos or files you didn't want on all your devices in the first place.

To top off the frustration, I found out that Google Chrome was doing the same thing when I used it as a browser on my iMac and then again on the MacBook Air. It would have done again if I had used Google Chrome on my iPad Mini but luckily I don't.

But ... that isn't what I wanted. I wanted my iMac at home to be the "master library" of every thing I had bookmarked or saved to a pdf file over a 5 year period. I wanted the new laptop to be just a travel computer with the only bookmarks dealing with those used while traveling. They would be bookmarks for camping, weather, maps, trailers, etc ... no sports, no basset hound info or bloodhound info, just information you would use when traveling.

Since i have nothing but time on my hands ... I had to import an old file of bookmarks that included all of the ones up to May 13, then I added what I could tell were new ones since that date. I found the place to change those settings so each computer will have their own bookmarks.

Enough of the computer talk ... but it's frustrating when these companies try to force feed you different ways of doing things when you have no desire to do that or a need to do it that way.

I don't know if the lower back is starting to feel the residuals of a lot of seat time while driving those 3,047 miles or was it sleeping on that hard ground in a tent, but sometime yesterday afternoon I started looking for my bottle of ibuprofen. Mowing the front yard today didn't help matters either.

I looked at the temps out in the Green River UT and Moab UT area today ... upper 90's to 102°. We would have had to move anyway a few days days after the storm to either north into Wyoming or south to Northern New Mexico to get away from the heat. Of course here in the "tropics" of Southern Indiana it says it "feels like" 97° with the humidity factor added in.

Besides it raining in the front yard today and not in the backyard, I just thought of a couple of other weird things, I've witnessed lately. One was what I saw on I-70 in Kansas coming home. I would have tried to take a photo from my iPhone while driving but at the time due to the current weather conditions it was best I keep both hands on the wheel.

What was so weird ??  At least to me it was because I would never drive the Smart Car to begin with. I would definitely not drive one 75mph and I would never tow anything with the Smart Car either. This one was in the westbound lanes, and seemed to be keeping up with traffic (75-80mph) towing a small, I'll call it a 3'x3' cart ... to me, that was a little weird as well as a little dangerous.

The next weird thing happened as I visited my local small town post office. You can always count on slow service, no matter what the request is, so you live with it. Today was a little different though. Only one lady working for the post office at the counter.  A line of 6 people including the person being waited on. So being number 3 in line, it took me about 12 minutes to be able to press my fat gut up against the counter and be waited on.

I thought I was there for a pretty simple transaction. I was speaking to the same lady I spoke to on June 3, where I filled out the form for them to hold my mail at the post office while I was gone. We have spoken over 18 years when I have visited my post office in the past but today she didn't remember who I was. I told her in a kind manner when asked, I would like to pick up my mail that was on hold and request them to start delivering mail again at the house. Simple????

I gave her my name, address but began to wonder if she may have walked out the back door to my house two miles away to check my mailbox ... because she was gone long enough to do that. Even though it was only 10am, maybe she took an early lunch break. No matter what ... she was gone a long....looooong time. Can you tell I have a lot of patience for things just like this?

She came back with a small amount of mail, which was expected since I don't get a lot of paper mail due to my whole life being electronic.

But then it got bizarre ... like twilight zone bizarre ... I promise I didn't laugh, nor was I rude ... at least not until I was back outside and inside my car, then I almost lost it.

After she gave me my mail that also included the yellow card I filled out last week requesting the mail to be put on hold, and I was about to walk away, she handed me a large yellow card to be filled out. I asked "do I have to fill out the same card I did the other day to hold my mail, to activate mail delivery?

"No, I thought you wanted to put your mail on hold"

I'm probably not nice to some people reading this by telling that story for many to see and read ... but Sadie, Winston and Heidi have heard it enough today .. they now ignore me and walk away.

Sometimes it really is time for people to retire.

So if you have read this far ... here are a few more photos of last week's trip. 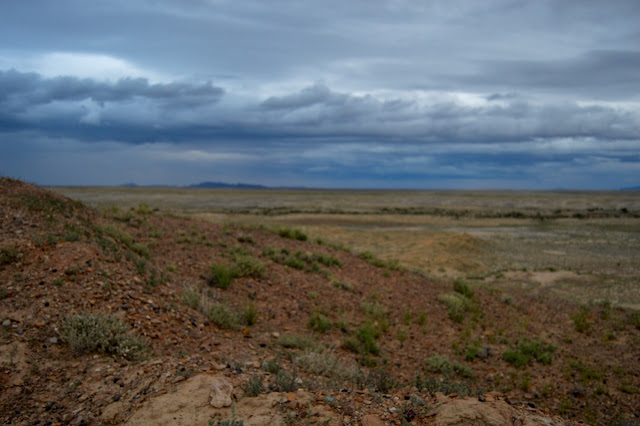 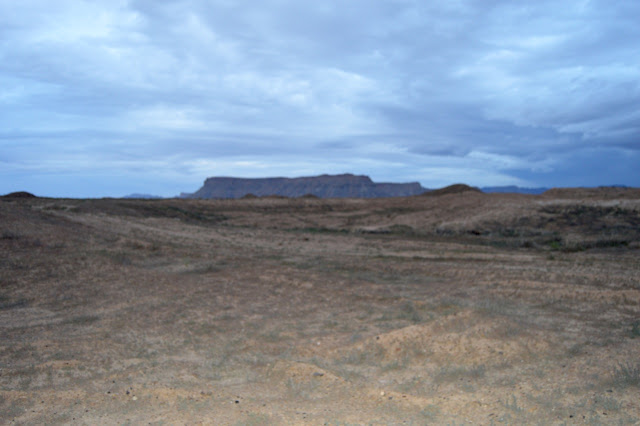