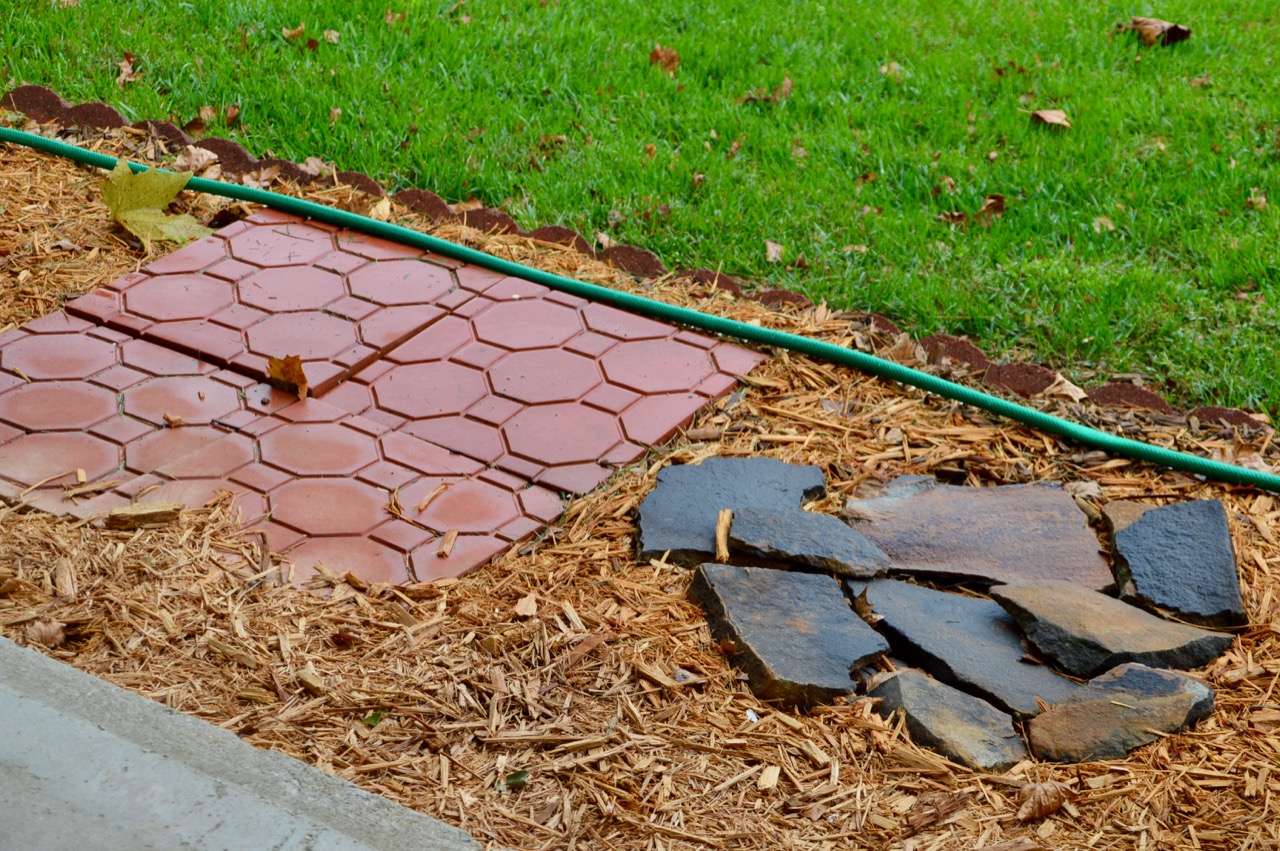 The rains that kept passing us by the past few days started in the middle of the night and was very light by this morning. The mums had been moved from these blocks back inside the carport last night so the windy conditions would not blow them over. As you see, that is not a sign of a lot of rain,  but just enough to keep the hounds and I inside for most of the day. 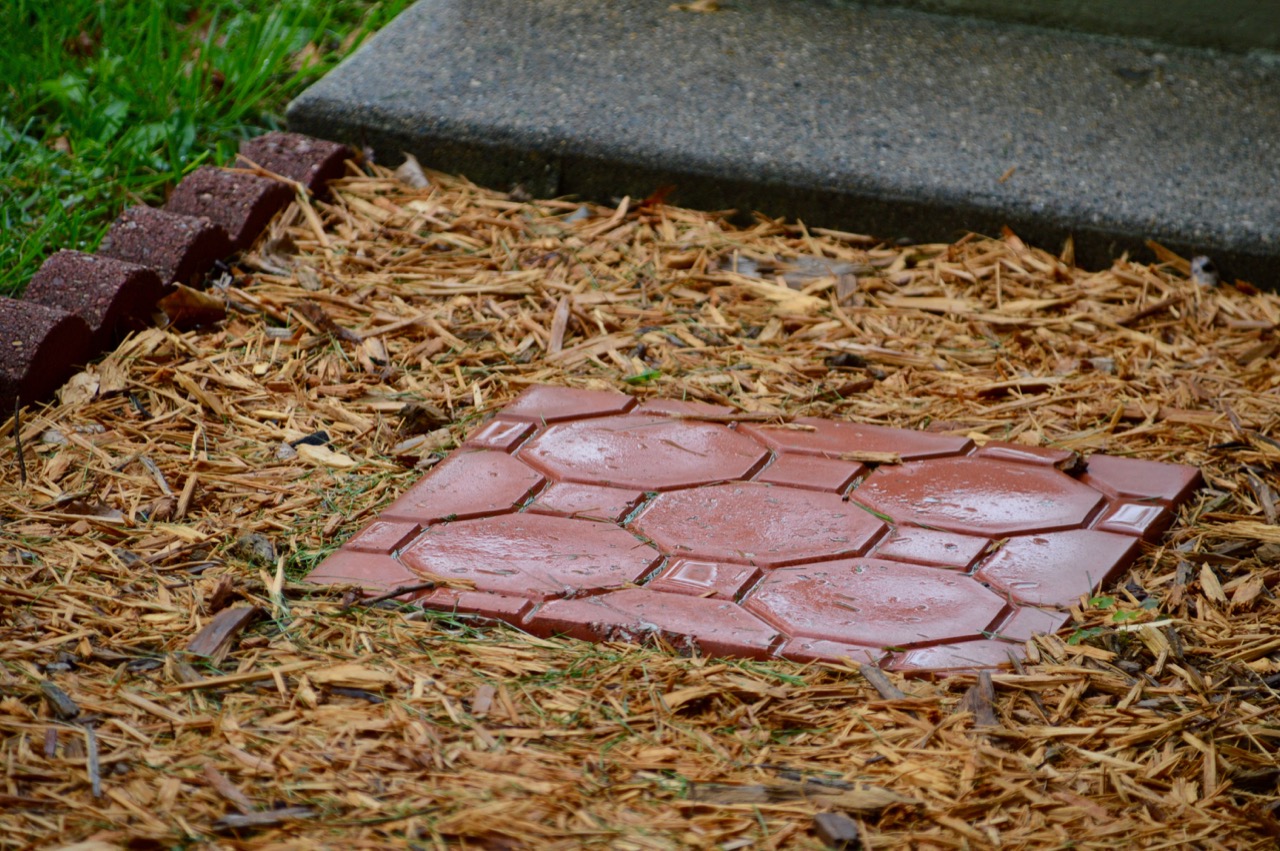 As I was talking to Stella this morning trying to get her outside into the yard for her morning pee, it was interesting to see blue skies in the NE. 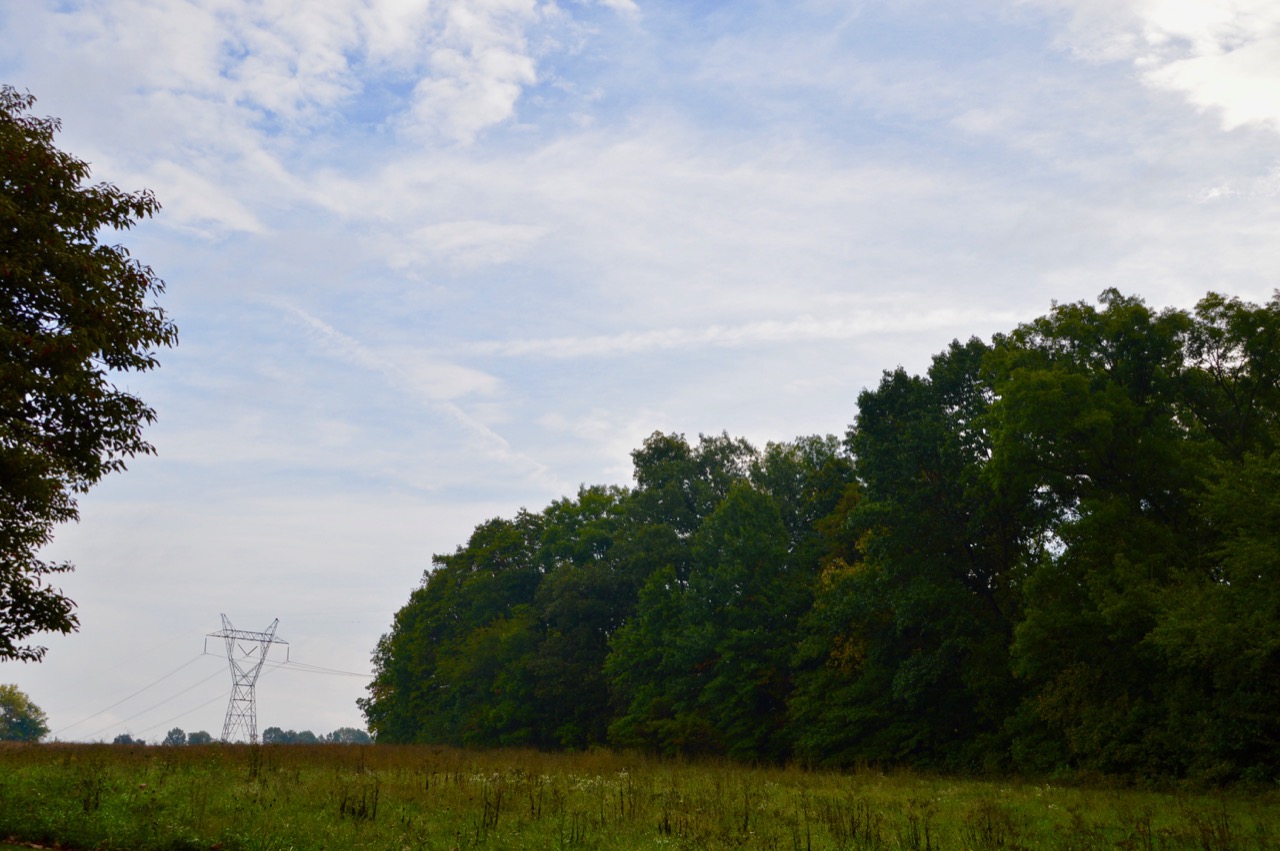 Stella was going nowhere. Even in light rain, even if it is sprinkling ... she never walks out into the yard or driveway to relieve herself. While Heidi will stay under the roof overhang ... Stella won't leave the protection of the carport until I head inside the house. 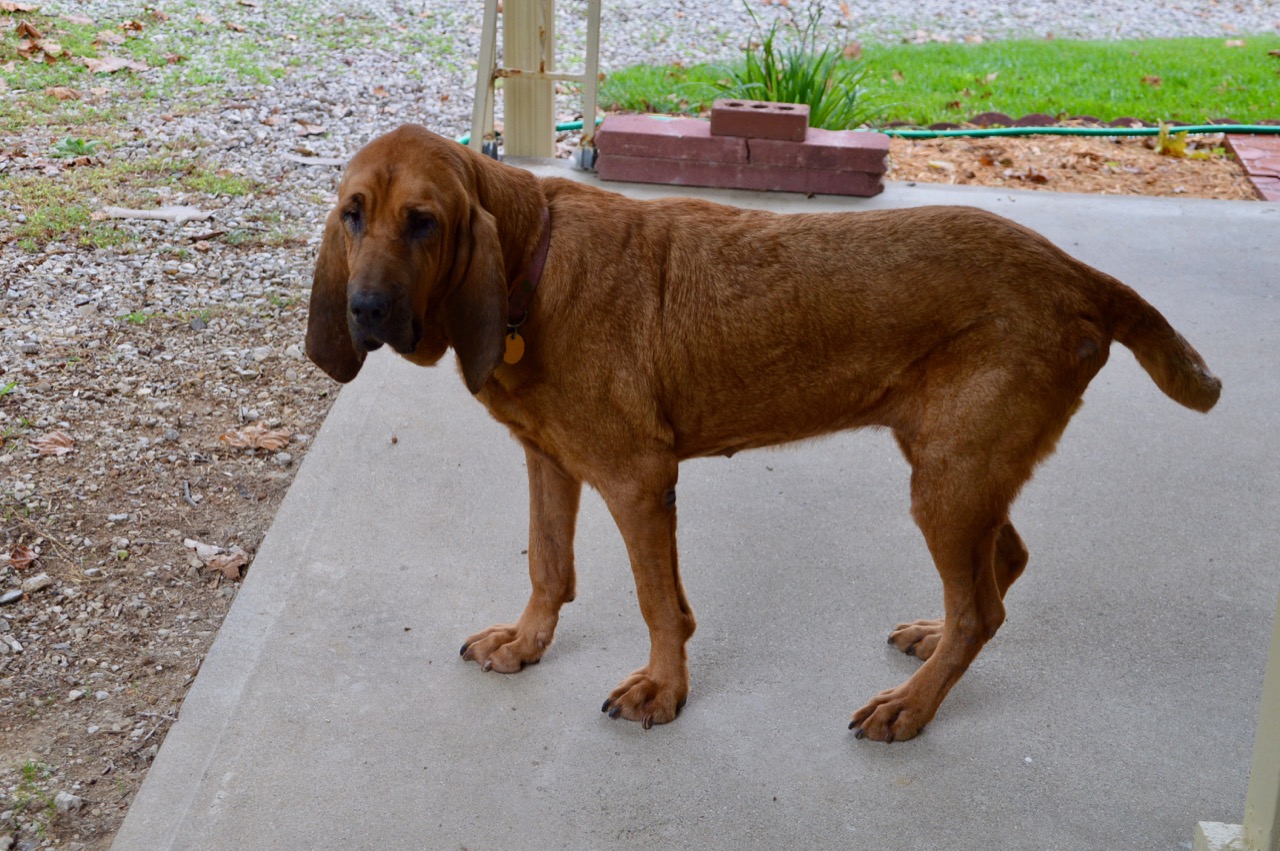 Stella finally decided to head out to the edge of the field after her lunch but trotted back to the door when she was finished. By 4:30pm when we started our walk she was happy to get outside and do some exercising. She does not whine to walk but will show some signs of excitement about going for a walk. She does know what "go for a walk" means. 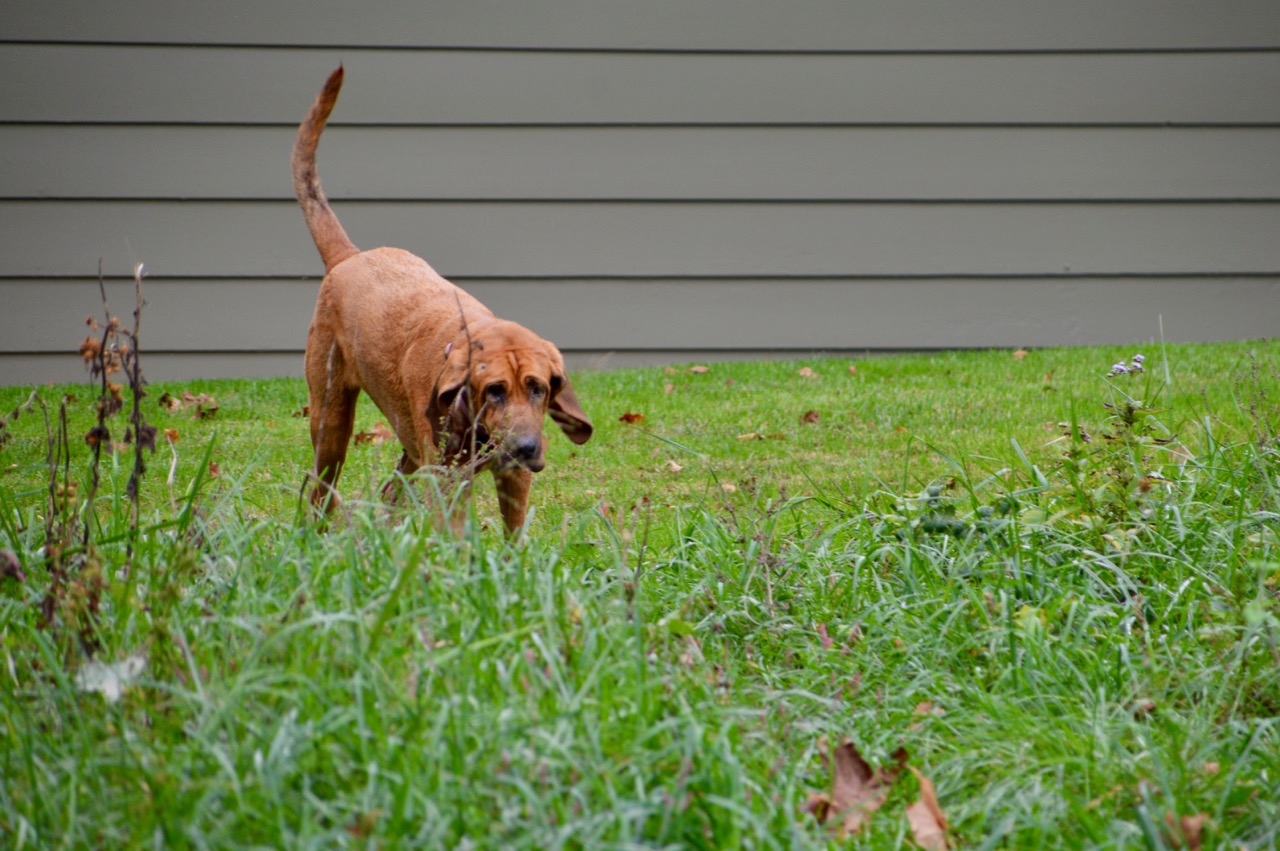 You can tell by her ears that she is trotting to catch up to me or at least near me on the walk. 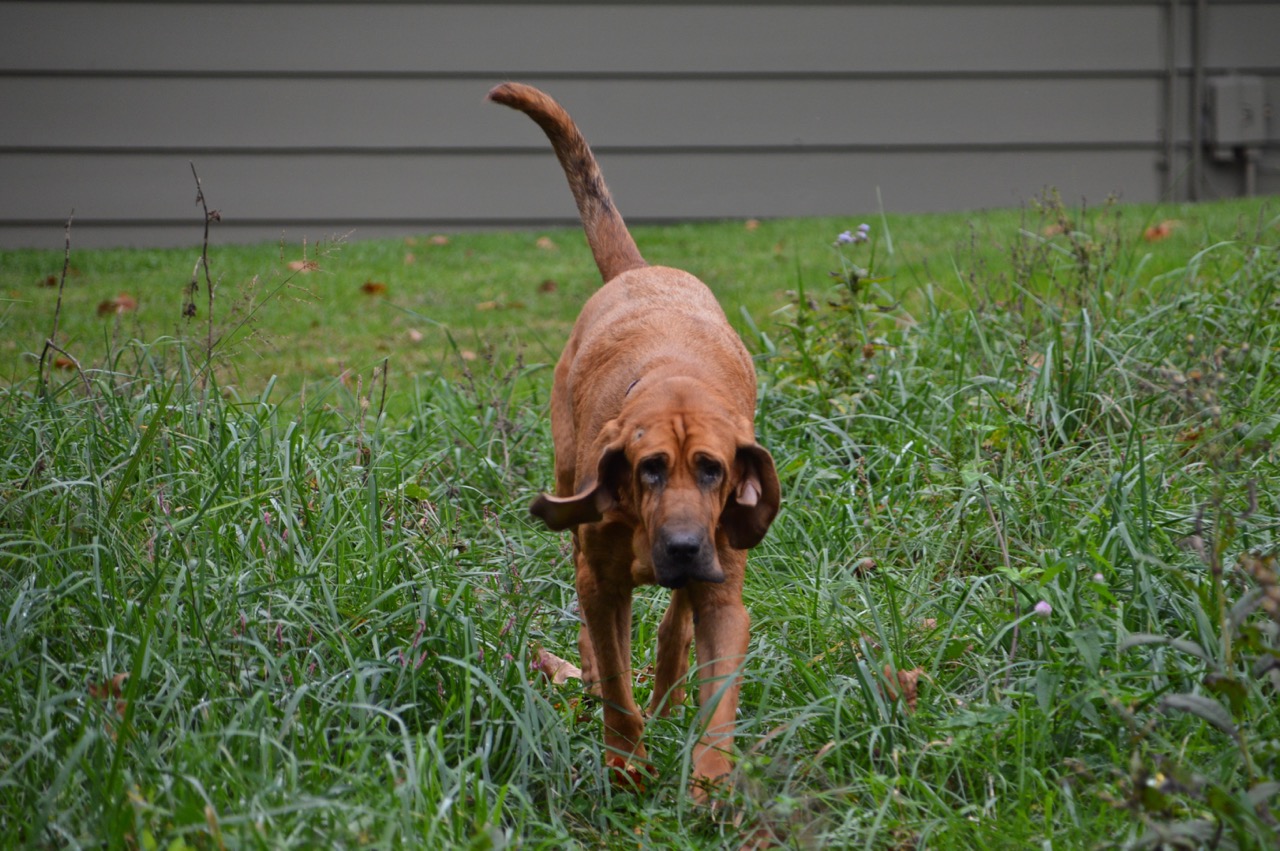 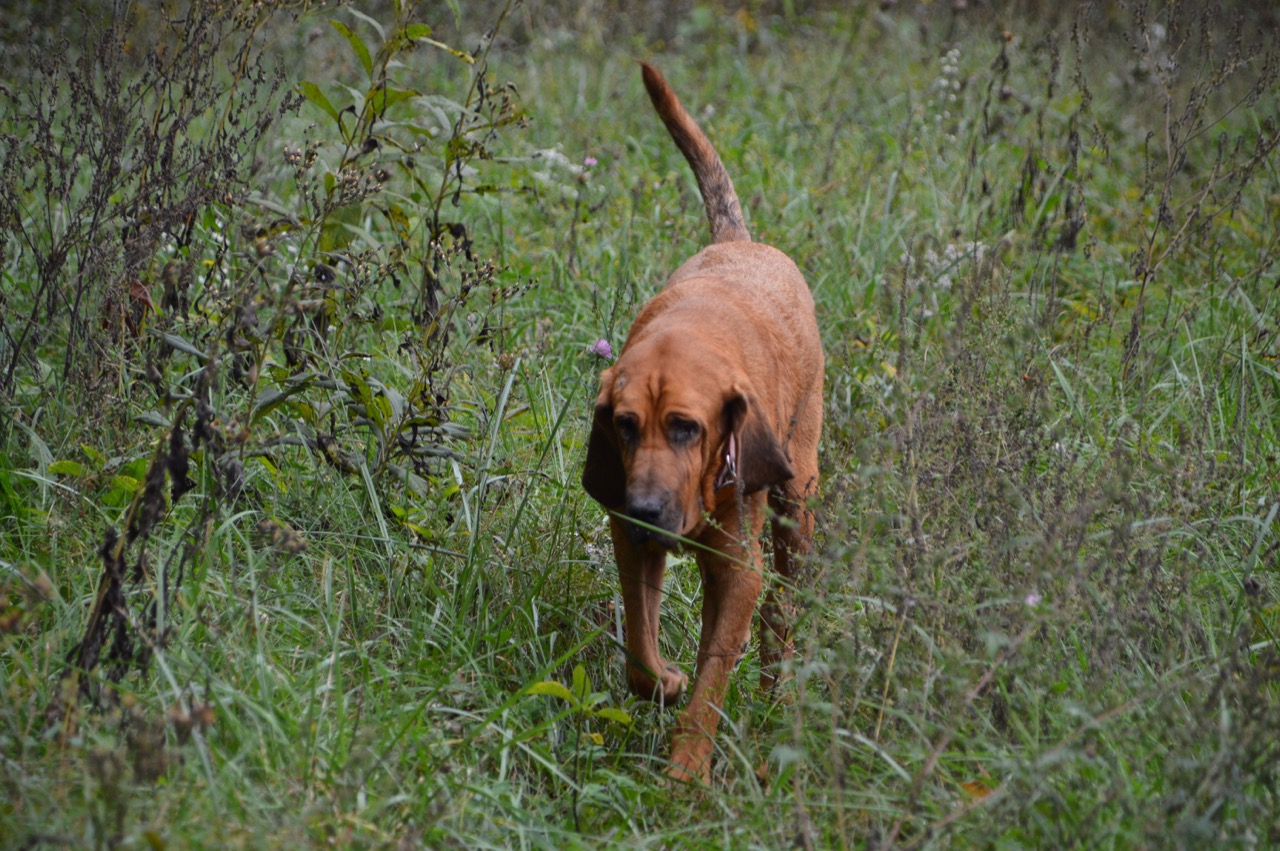 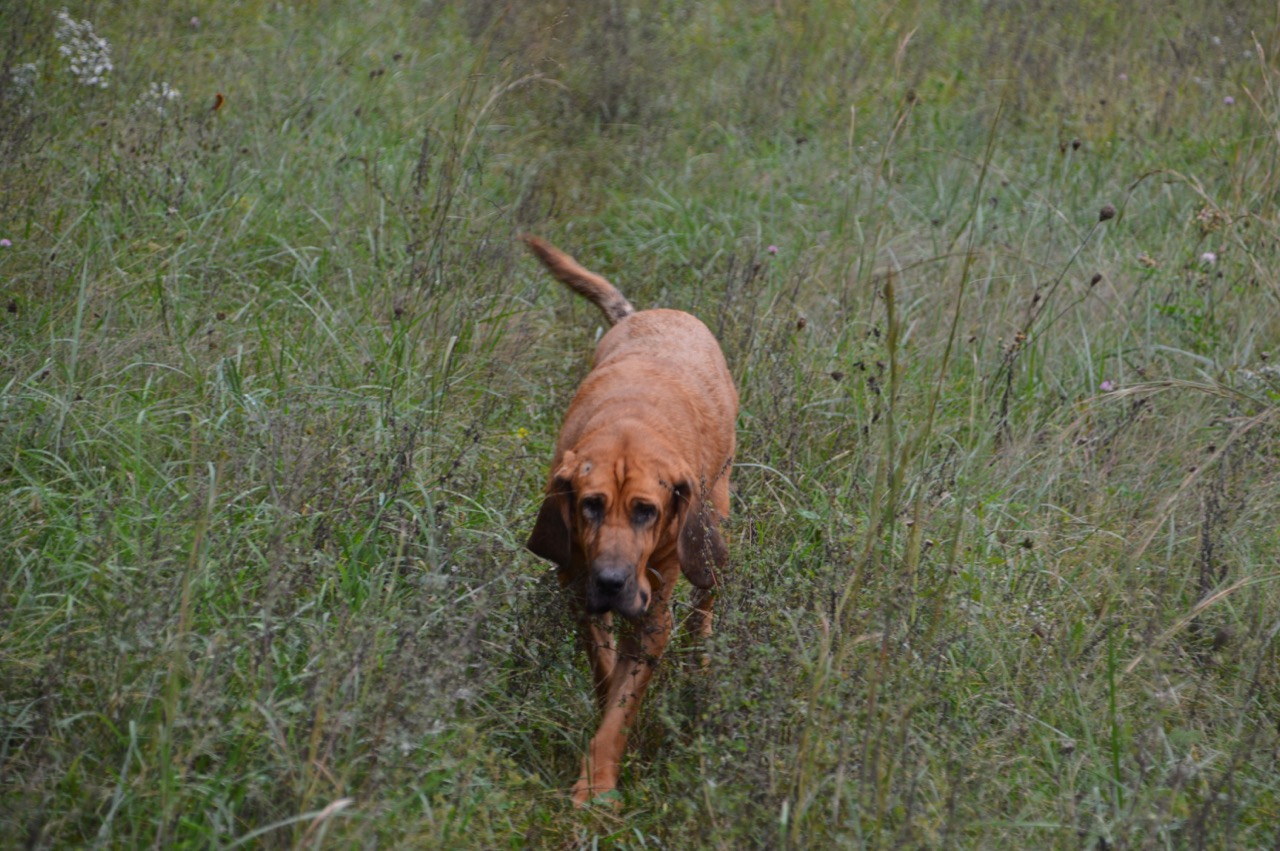 I still find the walks so different without Sadie. 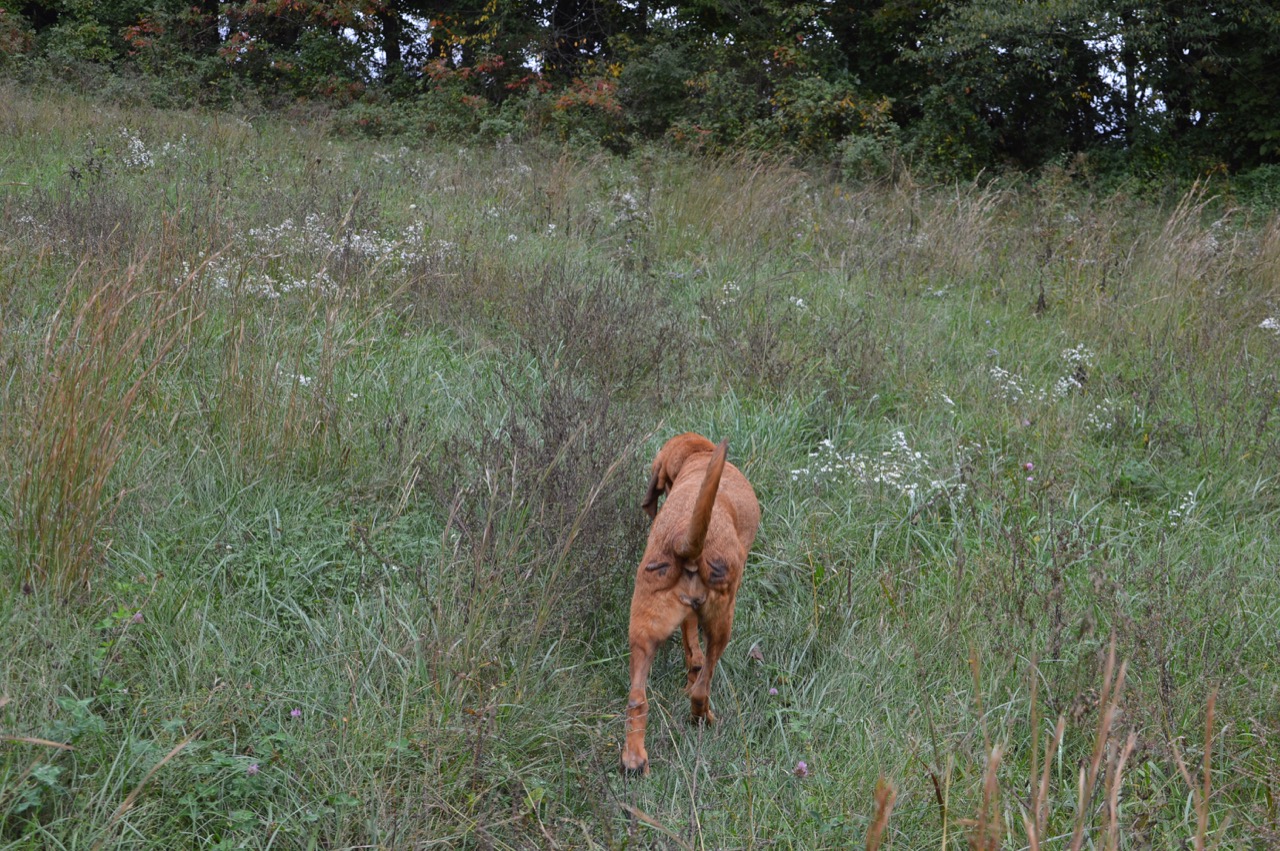 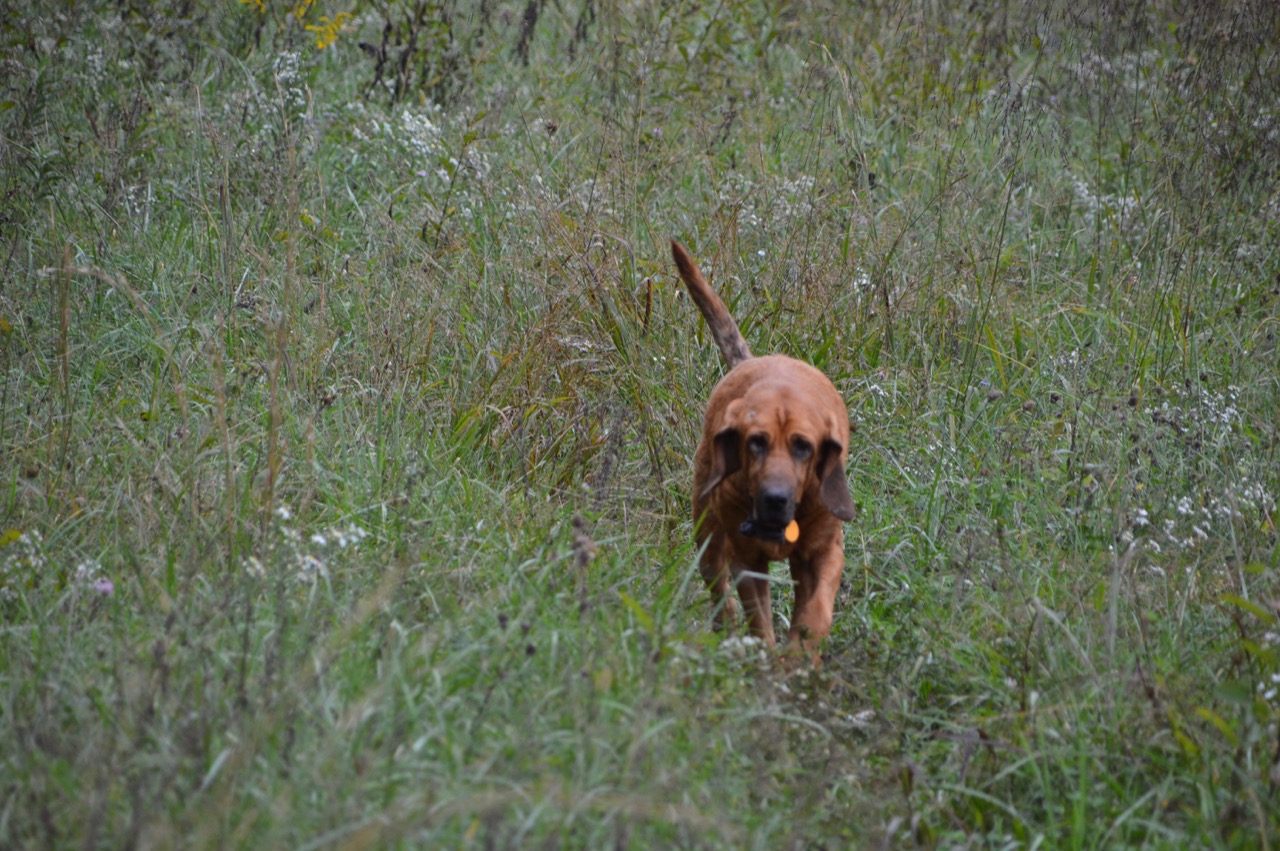 It never got real hot today but late last night the temps didn't drop below 77° until after midnight and was bringing some heavy humidity with it. As I turned on the AC and set the temp, it kicked on immediately and each time I woke up during the night the AC was running. It was nice to have a cool house again. I see about five more days of temperatures in the mid-80's. I held off putting on any polyurethane today due to the weather outside. 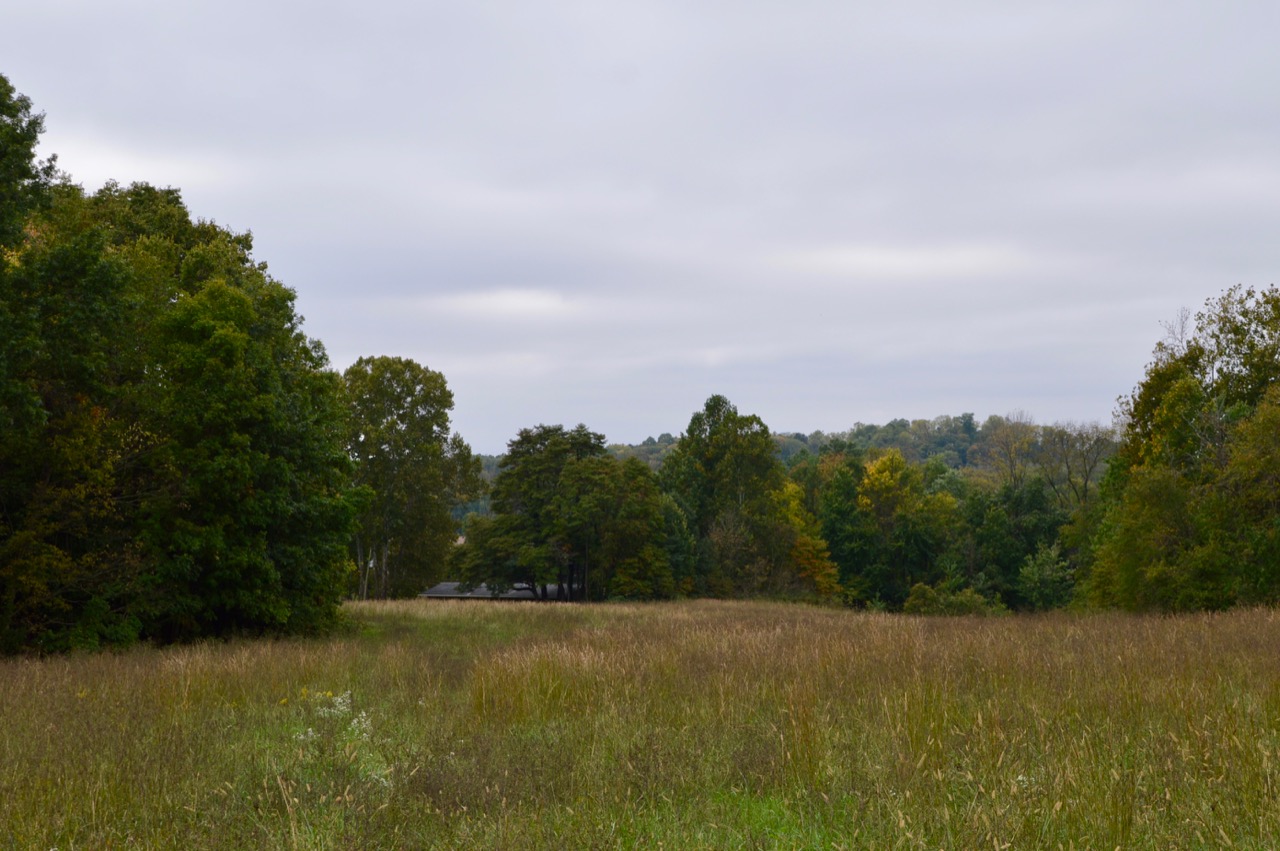 Stella mixed in some slow walking, a little wandering and some trotting on the walk this afternoon. These are all afternoon photos. 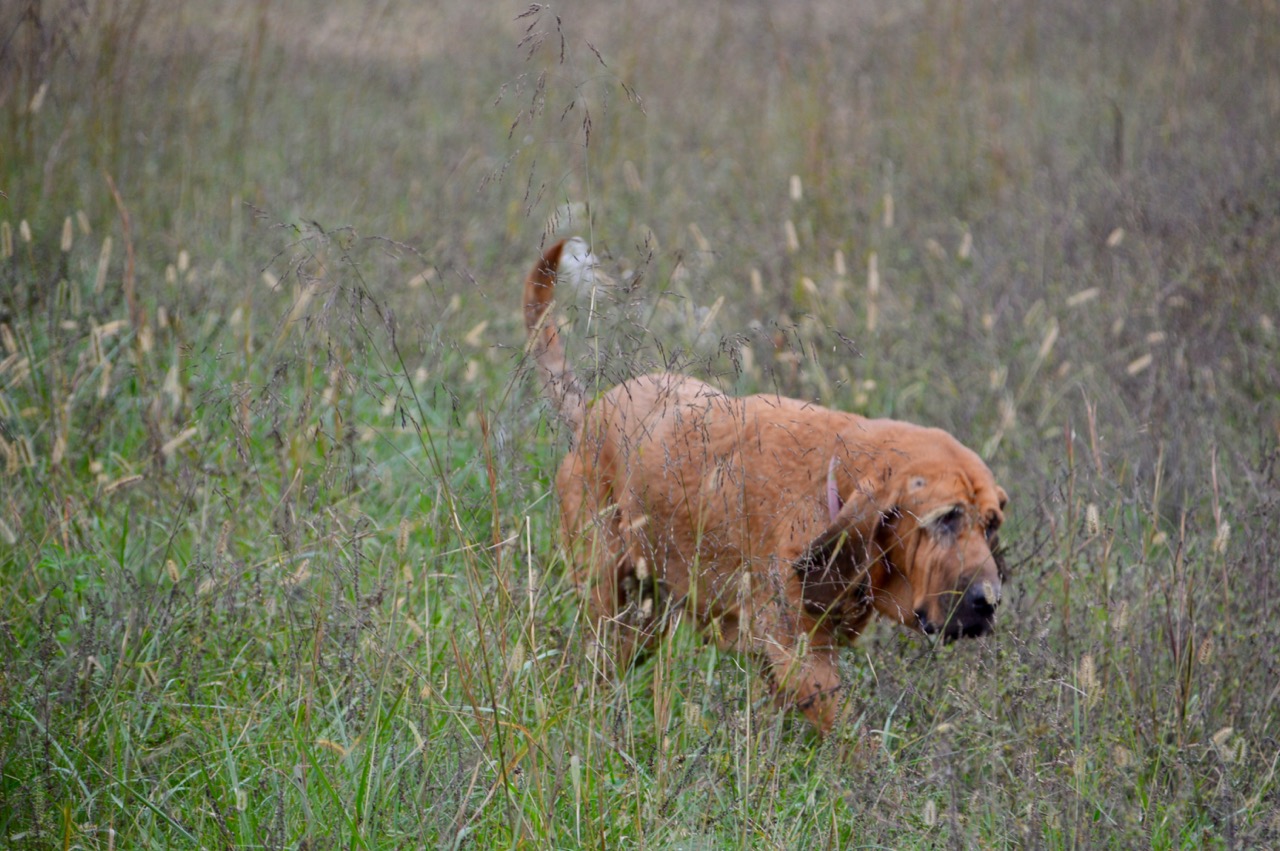 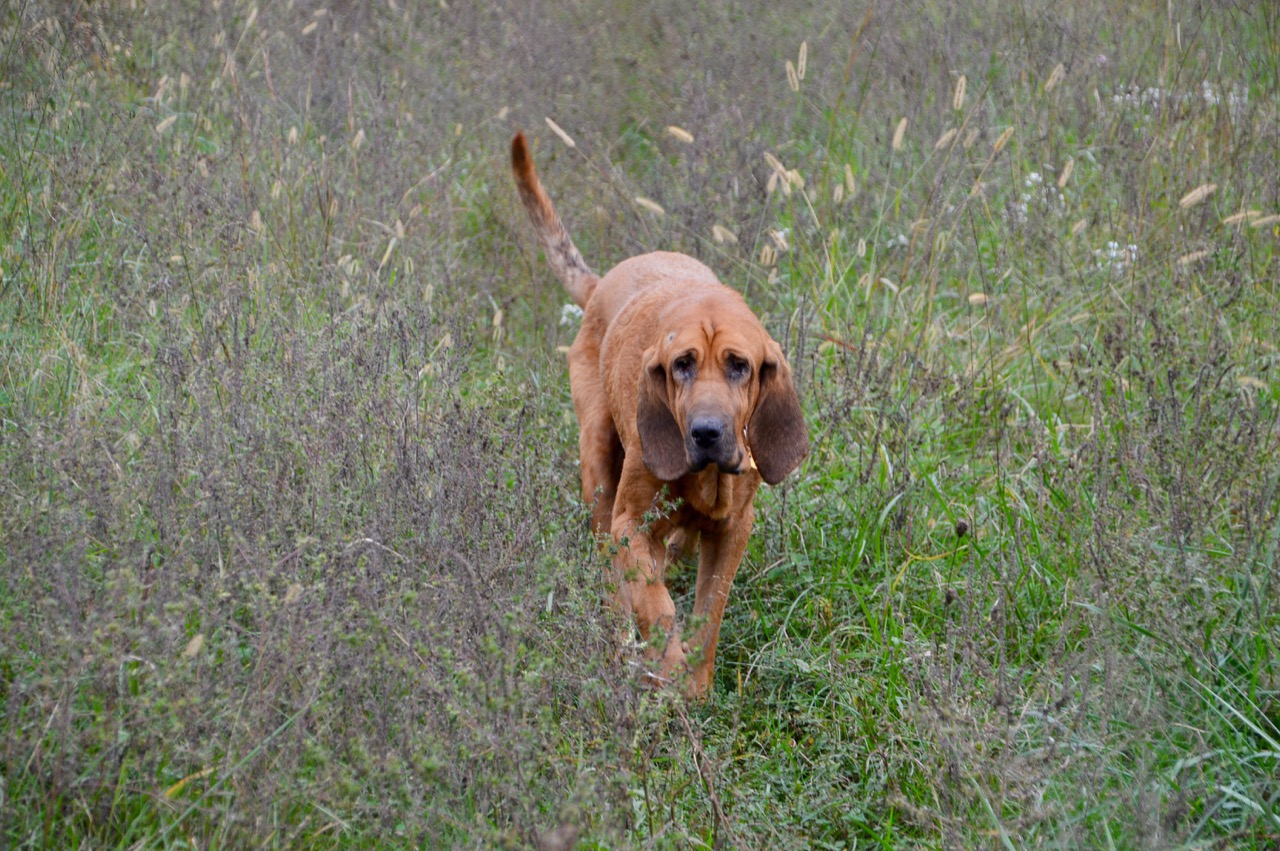 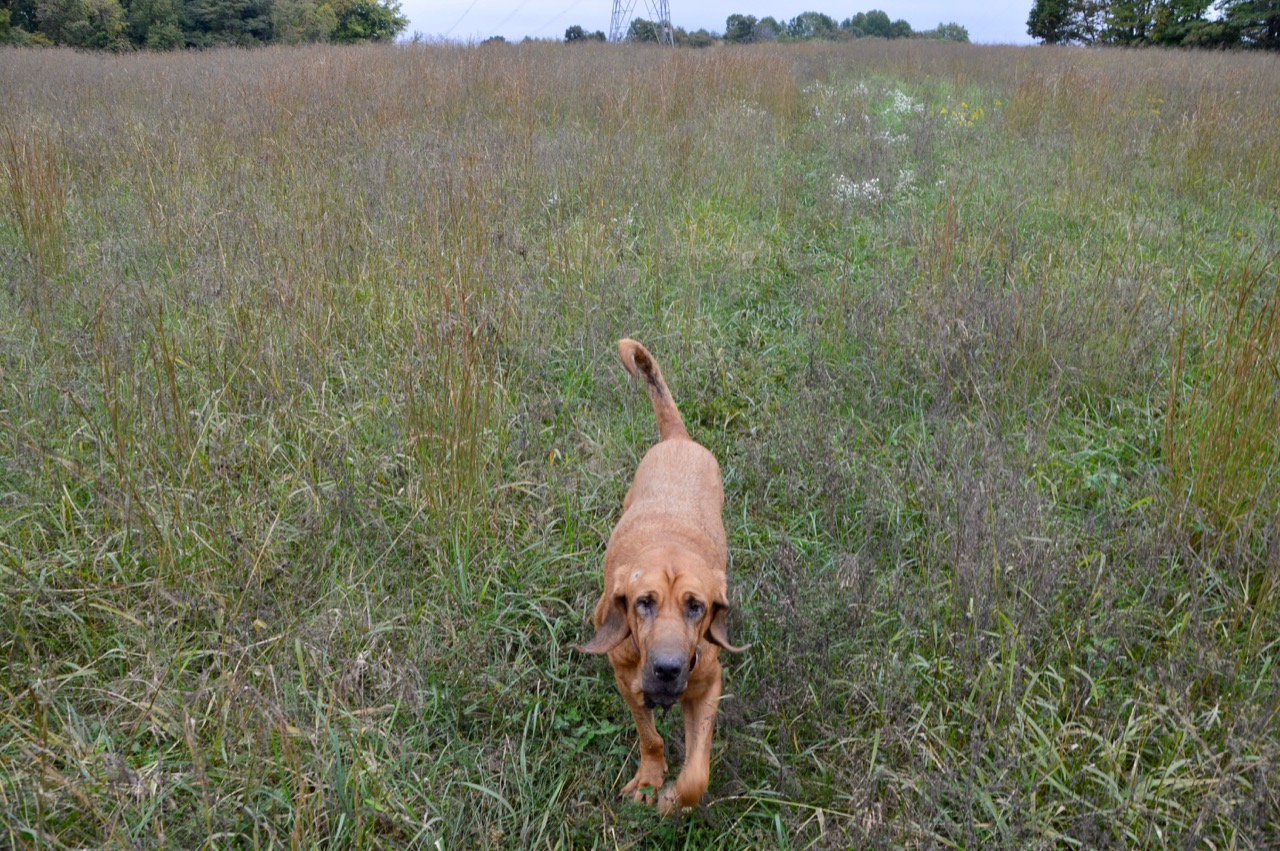 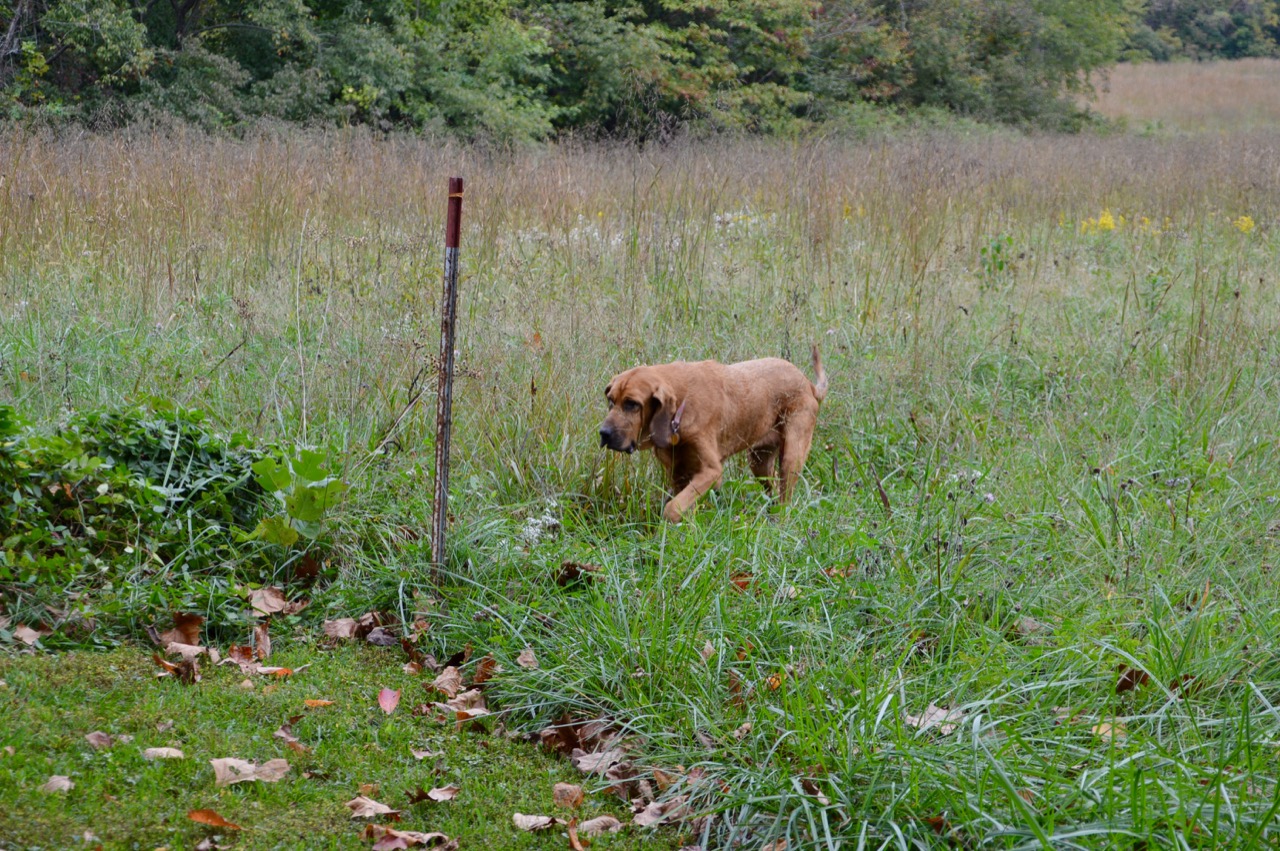 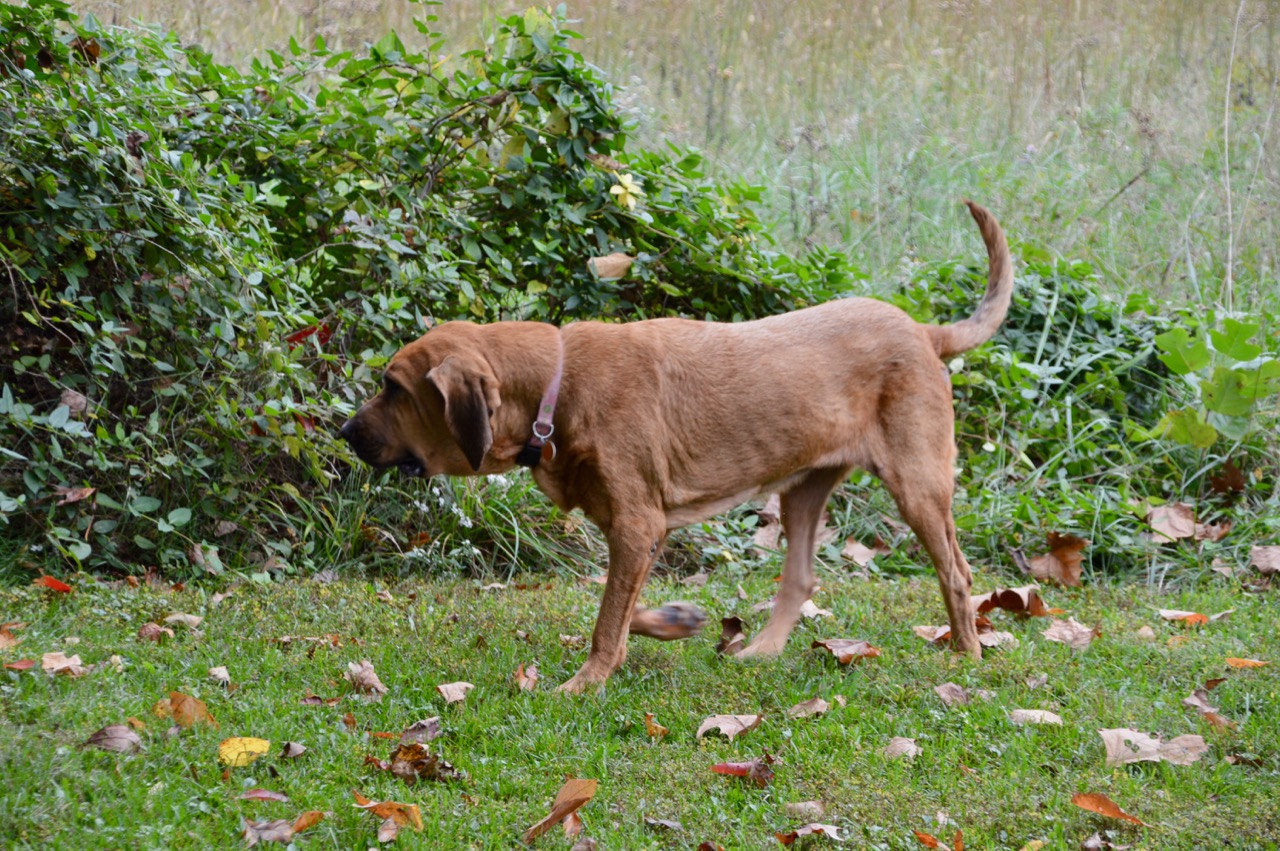 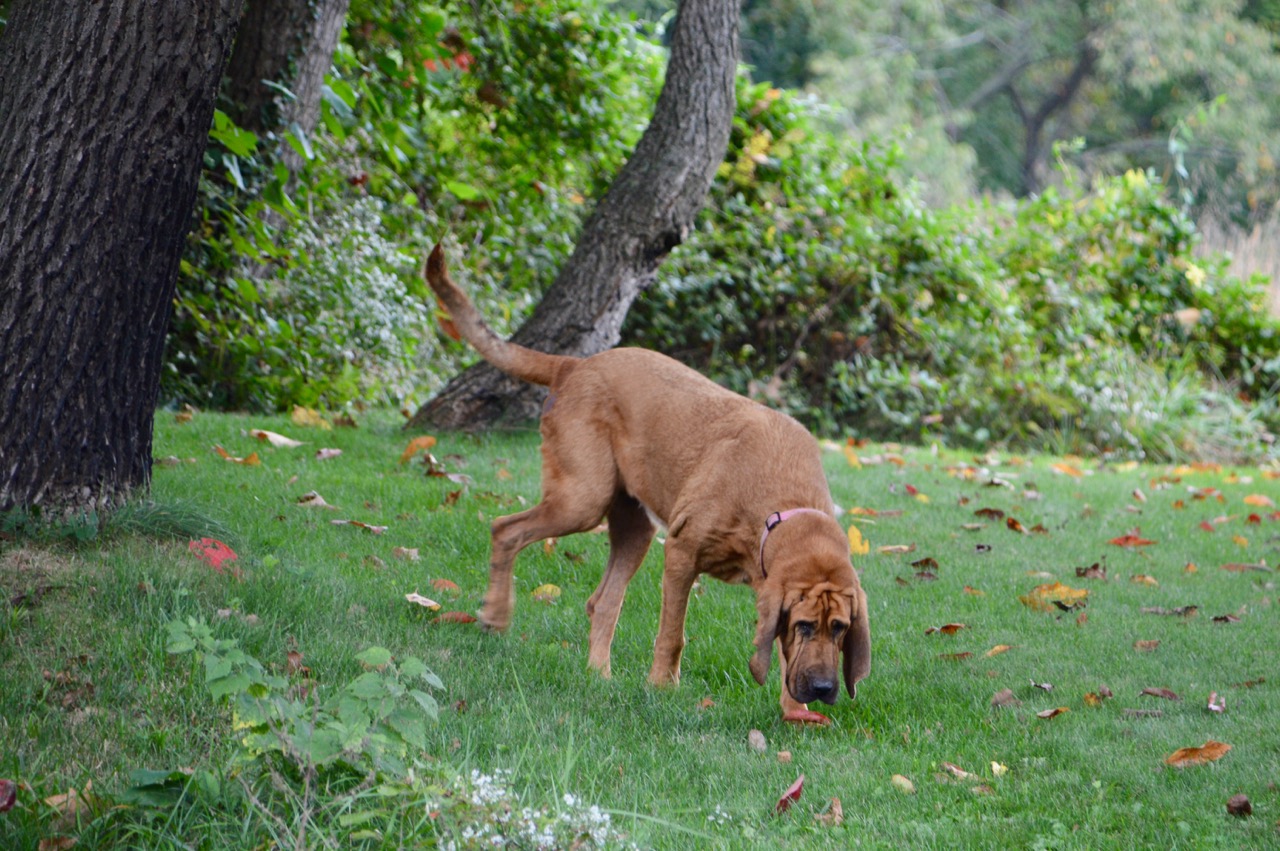 Late in the walk she stopped to sniff in the same direction. I am thinking the mysterious field cat was somewhere over there in the woods. Here she gave one final look in that direction before trotting to the house. 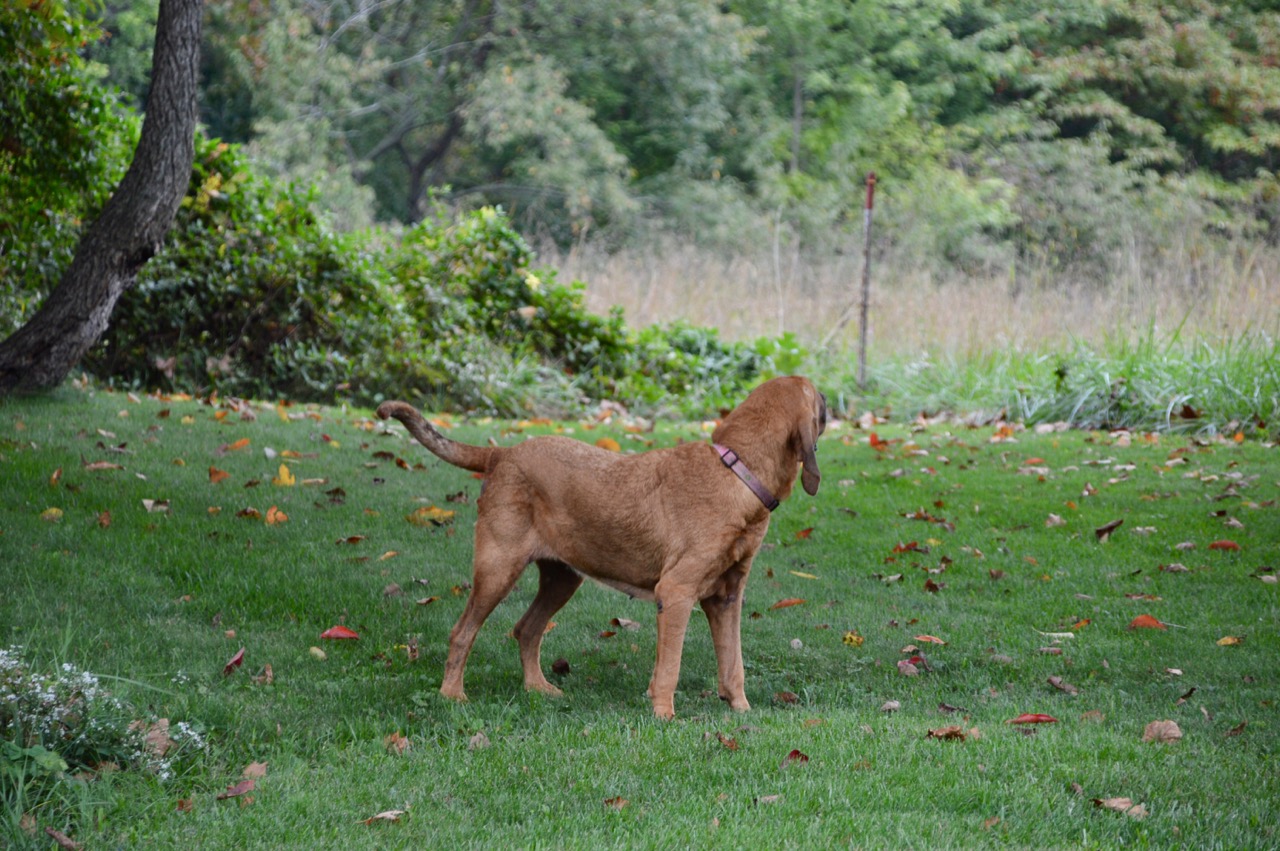 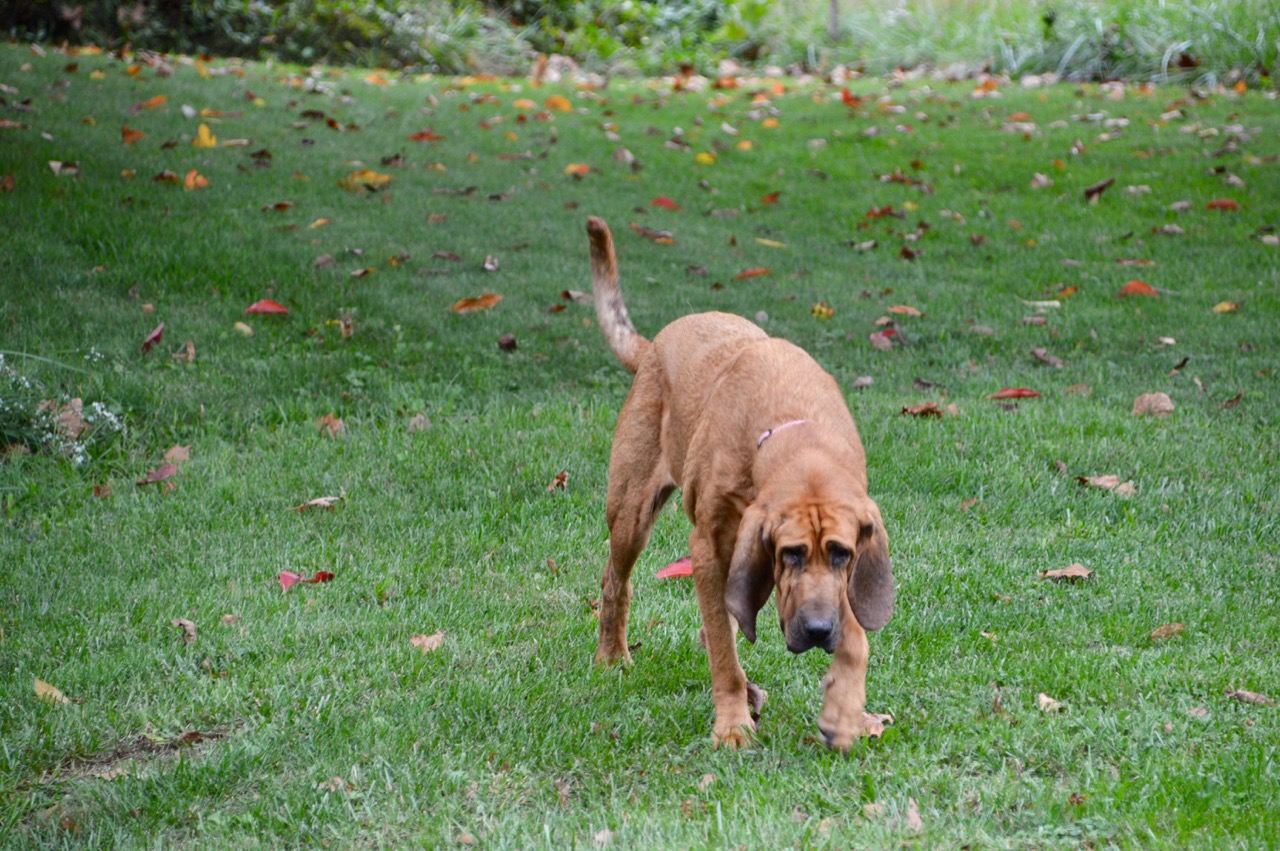 While watching a movie, or a game in any sport I take my chances anytime I get up from my seat on the couch of losing it. Last night it happened for the first time in a long time. By the time I brought my tall glass of water back into the living room to finish watching the baseball game ... Stella had stretched out and stole my seat. She wasn't going to move and didn't move until I was turning out the lights an hour later. 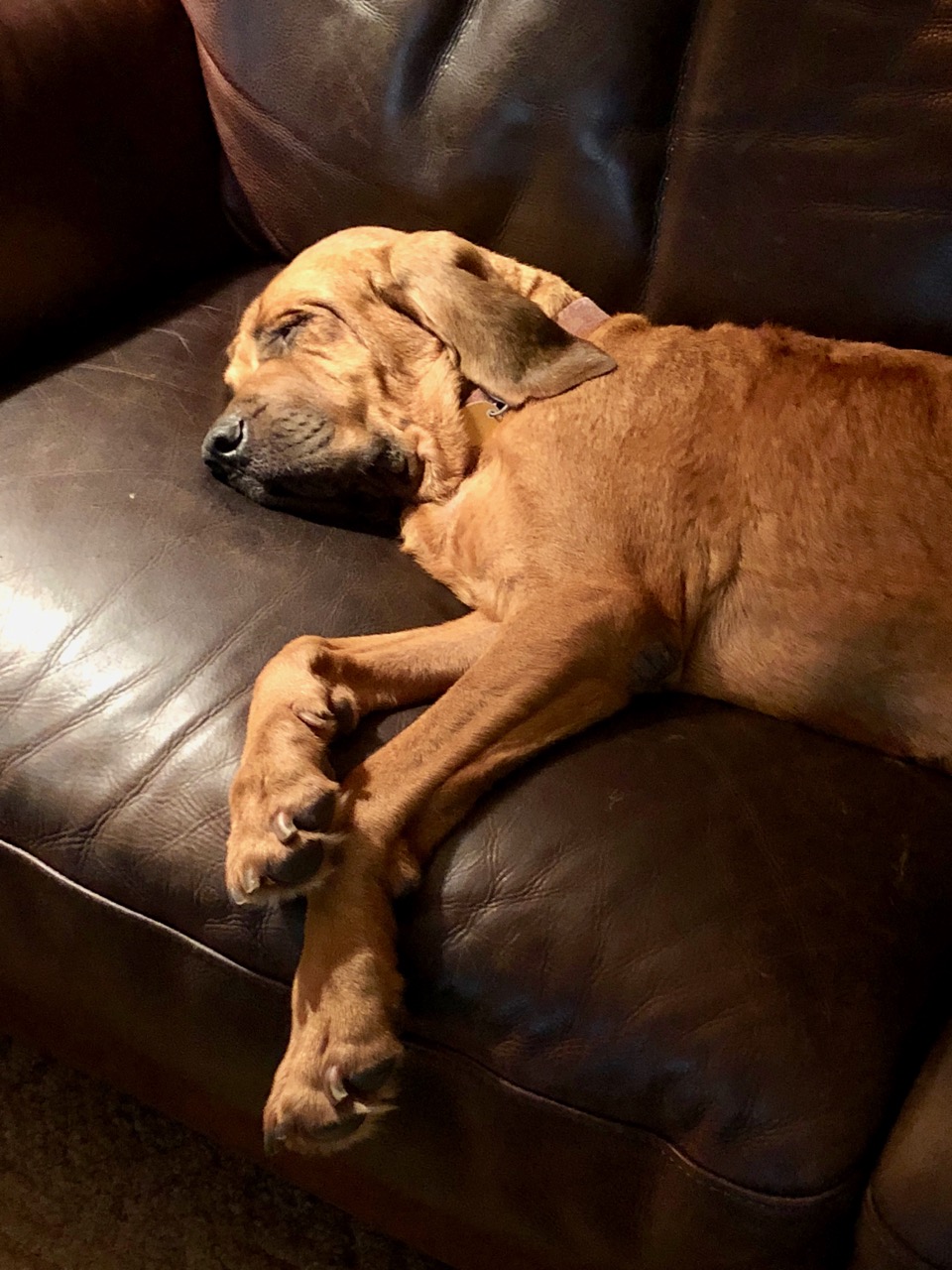 This kind of weather makes me tired, non-motivated and a wasted day ... yet we had a lot of good conversation and that isn't a waste when you can talk to an old friend of 45+ years.

Things are pretty quiet today in 'the tropics' of Southern Indiana.
at October 04, 2018