A deal has been completed!!! 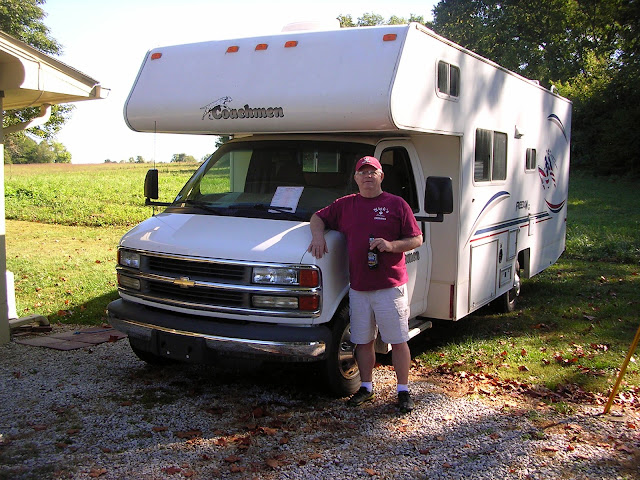 The hounds are ready and excited to travel in the new vehicle. 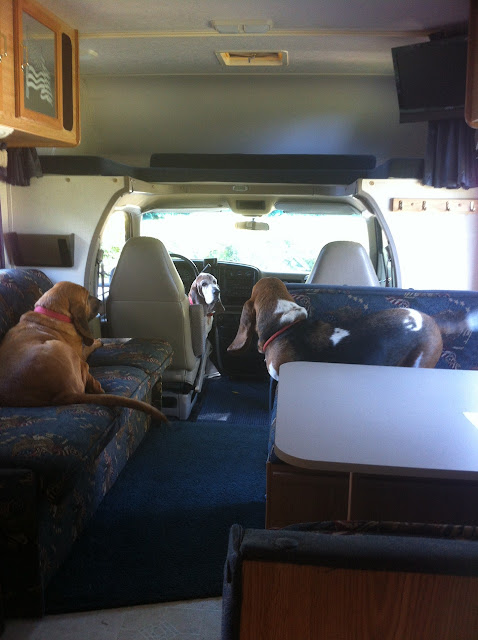 After returning home 11 days ago, 1,100 miles without the trailer I was planning to buy, I wondered and doubted my rv plans. My last blog post said I would not blog again until I was traveling. I didn't know when that would be because at the time I felt there was no way I could travel with my bloodhound. That assumption was based on traveling in my H3 Hummer and towing a trailer. After a couple of days of getting away from blogs, 4sale sites, pictures of traveling, etc ... I returned to read my blog roll, look at some Class C's and Class A....but no trailers. These were the types of RVs I was considering in 2011 and 2012 before I thought of going smaller. I was just looking with no intentions of buying anything until my dogs were gone or at least until next spring.

Then this past week, Al over at The Bayfield Bunch, not knowing anything about my bloodhound dilemma, wrote and posted pictures about the first time he and Kelly traveled towing a trailer with 3 dogs in the back seat of the pickup truck. They said it was not a good combination and moved into a Class A after their 6 month trip with much better results for them and their dogs. Al's pictures made me think a little more about having the right rig, maybe the bloodhound would be a better traveler in a different rig??

I went to the Bloodhound group I am a member of on Facebook and asked if there were any bloodhound owners that RV'd or camped with a bloodhound. All responses were positive. So it was possible? I continued to look and think. Long time blog readers know that is a dangerous combination for me...thinking.  LOL

That thinking process had been going on for about 8 days, looking a lot at Class C and Class A RVs. Then on Tuesday night I decided I would do a search for Class C's within 50 miles of my zip code. Three Class C's for sale showed up after that search but one of the three was very interesting ... 16 miles away ... but only 1 picture on the ad ... never a good sign. I thought about it, then forgot about it, then a couple of hours later I emailed the seller asking for more pictures of the interior.

The interior looked to be in mint condition. I never wanted to buy a RV that was from the Midwest because of all the stories you read about rust, mildew, more wear and tear from the extreme weather changes even when the RV had been stored inside. Still, I emailed the seller back, telling them I would like to see this rig as soon as possible. By the looks of the pictures, and the price ... I didn't think this rig would not last long.

The next day, this past Wednesday I got the call from the seller and drove over to look at it inside, on the roof, underneath. The test drive was smooth and quiet. Interior was spotless and in brand new condition.

I called the seller back the next morning telling him I would buy it and we could arrange payment and pickup around both of our busy work schedules. That day happened to be early Saturday morning, September 21. 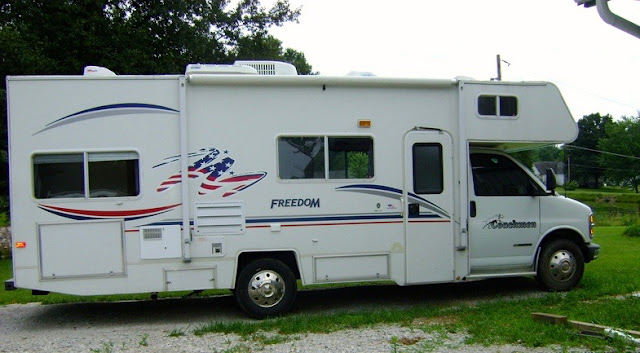 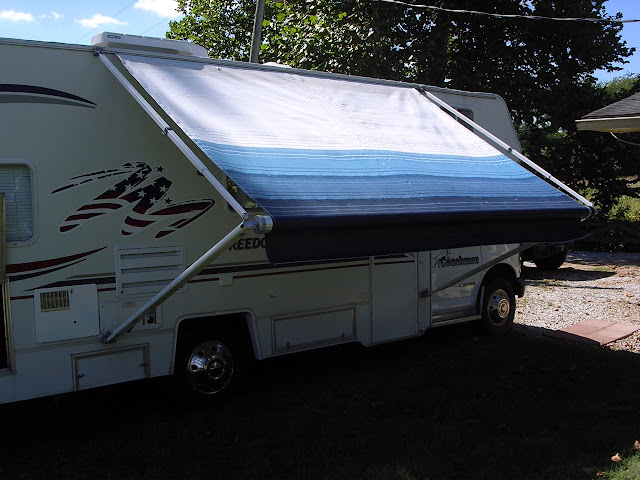 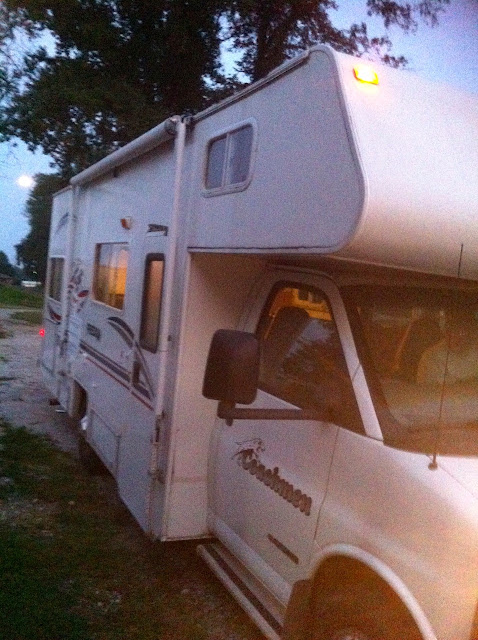 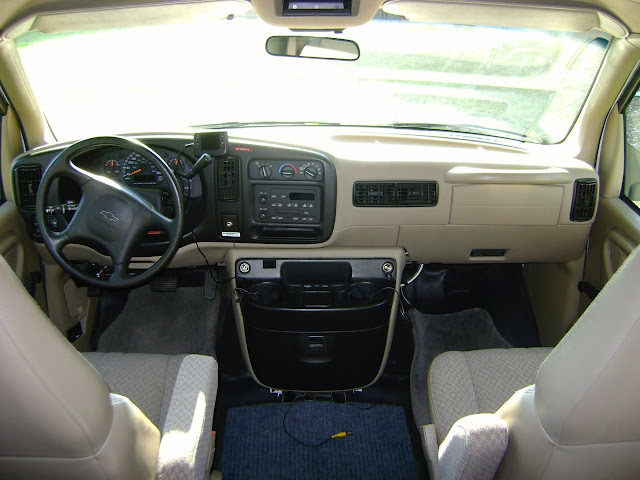 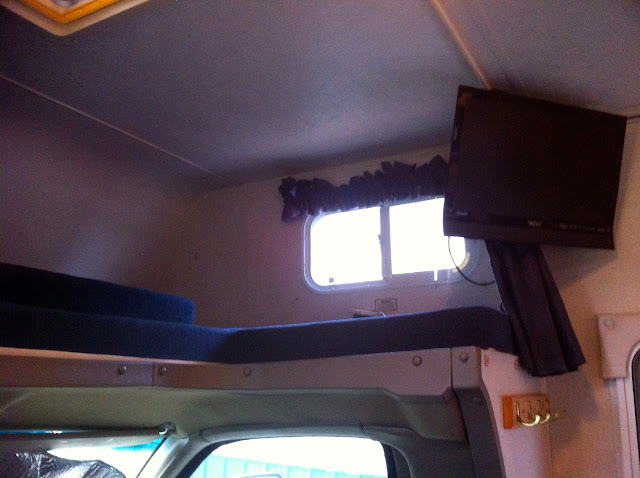 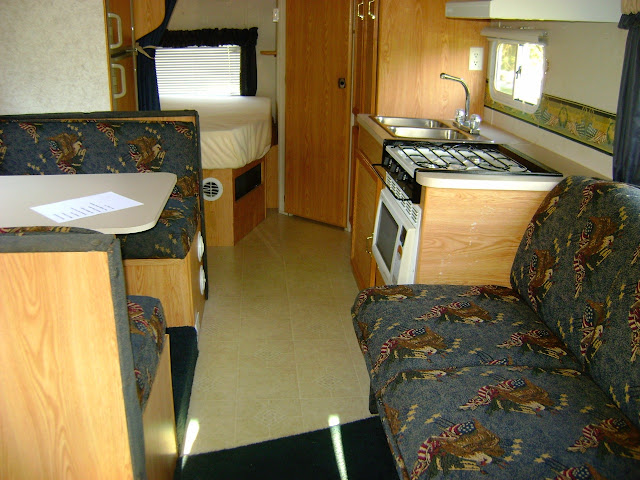 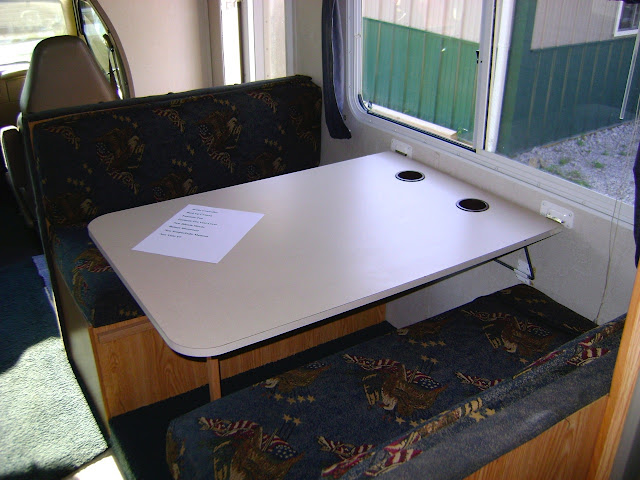 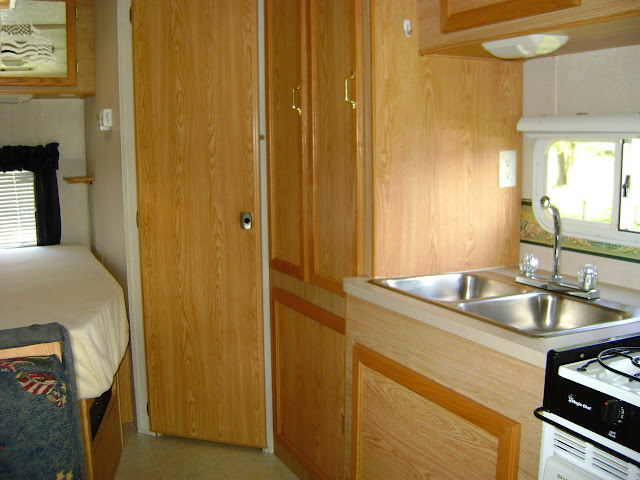 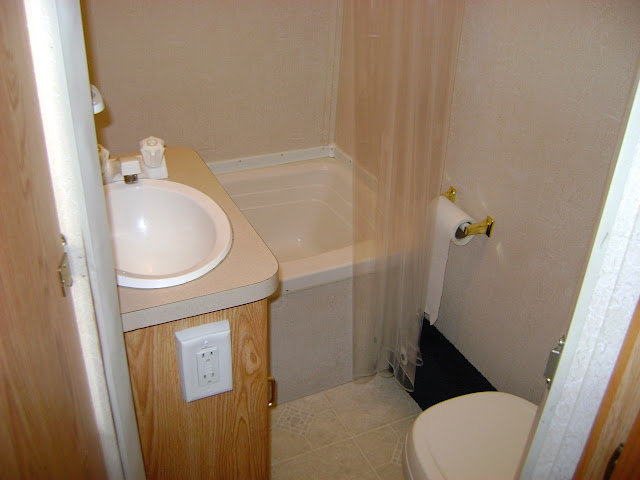 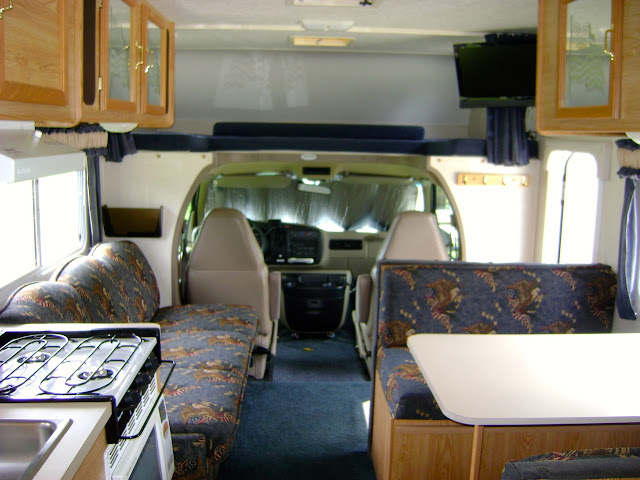 The seller is the 2nd owner of this rig while the original owner bought it new and drove it every winter all over the western states before they would return to their Wisconsin farm to work between April - November. The original owners were an older couple and by the time they sold it in 2012, 8 years later they were in their 80's had put on close to 75,000 miles on the rig. While in Wisconsin the rig was parked inside their barn out of the weather. It was used as designed and taken care of.
The seller owned it for a year, made a few trips and loved it. He told me he had been towing trailers all his adult life when camping but after this first Class C, he would never go back to towing a trailer. That was good to hear, kind of reaffirmed I was going the right direction compared to where I had been.
Currently my plans are for local camping trips with the hounds on weekends. I do have some great state parks in a 40 mile radius from where I live. The seller also mentioned a spot locally where they boondocked, so I will definitely find and try that area.
The only 2 mods I see doing presently are making the overhead bed area some sort of entertainment center/storage area and later installing solar panels on the roof. Everything else is great.
So, my plans for traveling are back, stronger than ever and I really believe I have the right rig to accomplish those travels while having enough room for the three hounds. I plan to retire and travel no later than next spring as I originally planned in 2011, with a desire to move that departure date up before the Midwest winter weather hits. The house stays as a base camp.
What a long, strange trip it has been, backing out of 3 different trailer purchases in the last minute with funds in hand to complete the transaction... but things look like they are finally coming together and moving in the right direction.
at September 21, 2013