Dogs Adapting and Chasing a Fawn

I read a lot of blogs, some I have listed on my sidebar on the left and most of those deal with RVing and people that travel either full or part time. All of them have been a wealth of information. I have other blogs that I read about sports, dogs, and retirement but not nearly as many as the RV section. Most of these blogs are on my Feedly program.

Today I thought I would start adding some of the blogs that deal with all different kinds of dogs to my sidebar, besides the blog title does mention 'Hounds'. I know there are more than a few blog readers that have a dog or dogs so they might be interested. 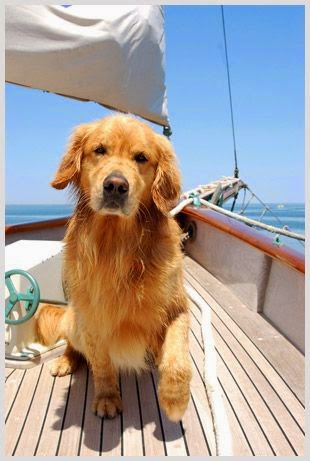 I think you will find this blog post and comments very interesting. I know in the past I have discussed this exact topic with blog readers and friends with dogs.

A close friend that has traveled many years with dogs and cats has told me many times that my dogs will adapt with no problem as long as they are with me. Then just recently they also told me that hounds are different in their experience, as they knew of a hound traveling that always took off and got away from their owner. The hound would be gone for hours and there was always the chance of it getting lost or hurt by a larger animal. They were concerned about my camping with not only one hound but with three hounds.

In my case, Winston is getting slower by the day and couldn't get away from me if he tried. Sadie and Heidi could since they can run faster than I can. It was Heidi's reputation when I bought her from the rescue service and I was told she had to be leashed at all times. Well over the years I have had her, she has been unleashed under my supervision. She will aways come when called, will stop when I yell if she gets outside the limit and I found out yesterday she will eventually get tired and stop running. 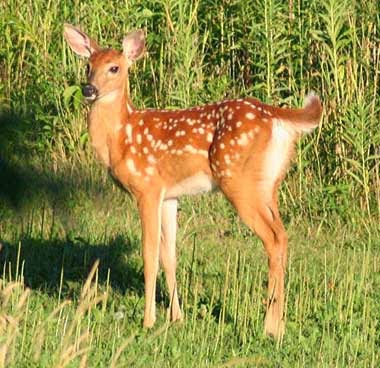 As we were making the turn around the woods on the dog walk yesterday, there stood the most beautiful fawn with a lot of white spots, as shocked as we were. She stood just for a second before turning, bouncing away.

Of course I don't have enough hands to carry my iPhone or a small camera with me, so it's a fabulous photo that I will only have in my head. Heidi took off unleashed in the fastest sprint her basset legs could take her, baying all the way. Sadie took off in a sprint only to be suddenly stopped 25' feet away because of the retractable leash. It was great to see the leash worked as advertised, it could handle a 100# dog.

Winston was leashed but he is walking one step at a time, nose to the ground and didn't see anything .... missed it all.

I continued to walk, not run and was curious how far Heidi would chase the fawn. The mother of the fawn was nowhere to be seen. I knew the fawn would probably run down into the wooded gully off to the right and I was hoping Heidi would not go that far but stay within the field. The gully is too steep for me to be chasing a hound on the loose. It is also has thick brush and woods so it would be hard to walk through. At the corner of the field/gully, she stopped, still baying. She had ran out of gas.

She came when called and the 4 of us continued the walk.
at July 30, 2014
Email ThisBlogThis!Share to TwitterShare to FacebookShare to Pinterest
Labels: Dogs Adapting, Hounds