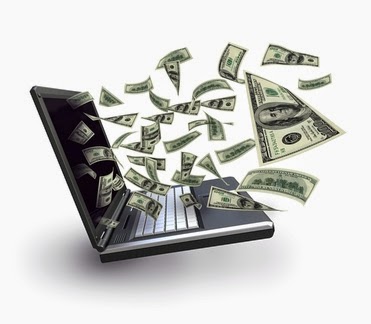 I received good news today, at least as a start on Kickstarter. I've read good stories about this site so last Tuesday I went over to the site to find out what I could and if I had a "project" that would fit their requirements.

I had a little different project from their norm, so I emailed them for clarification and received their reply today, confirming that my project would fit in their project model and that I could moved forward with my idea.

I had an idea that I have had set up for a years and in the past I had emailed these out to family, friends and co-workers when they requested them. The word got out what I had or did for my own personal enjoyment and/or analysis, so more and more of the information I had was passed out for free.

Recently I had been thinking of ideas that would generate online income. I was looking at ideas I could sell online, electronically and not dependent on me being in a certain location or even have internet connection. From 2005 - 2008 my fulltime job was at home, selling autographed sports memorabilia online via Amazon, eBay and my website. I had 4-5 blogs that tied into these websites to generate traffic. I didn't ship anything from my house since all of my inventory was at the authenticator's location. They would drop ship the order as I received a sale.

Sounds pretty simple and it was great between those years but it also amounted to 7 days a week and long hours. I was making enough income to live on and work from home. Due to the economy change in 2008, plus a change in policies from my suppliers, business decreased rapidly. After going back to a 40 hour a week job in 2008, I ran my online business part time until 2011. Those part time hours still amounted to over 20 hours per week in addition to my 40 hour per week job. When I was doing the business full time I was working 7 days per week and anywhere from 6-16 hour days.

I loved it though, sports is my thing, so the hours added up and it didn't matter. I loved all the work I was doing and it never seemed like a job.

With the urge to travel and with an expectation of not being able to be connected to the internet all of the time I began to look at other options in generating income this past month. I am not sure if this idea will work but I'm going to try it and find out.

I have most of the set up work completed and will only have to write a project description to add on Kickstarter. Once I get things set up on Kickstarter, I'll post the link and go into more detail what my project consist of here in a blog post.
at August 01, 2014