Time To Change My Passwords 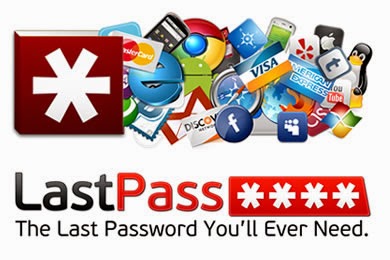 First the first time in 20+ years of using the internet I decided it was time to use one of those password protectors, where you log into just one password and have everything covered.

I usually don't panic when there is an announcement of a major hack on passwords and user names ... I'm not in a panic state now either ... I just decided it was time to play on the safe side.

In the past I might have changed passwords to my banks and credit cards but not many more than that. Those passwords were about 8 digits long with a few letters and numbers, nothing outlandish. With the last hack of Target Stores around Christmas, I used one password I called "Hacker$Suck14", just to tell any potential hackers hello.

After reading the news flash Tuesday about a Russian organization making their way into MILLIONS of passwords and user names, I immediately went to my old standby for a review at CNET. They review everything from browsers to televisions. I then did some google searches on "lastpass password protection".

First of all I am not an employee of LastPass, nor do I have an affiliate link for them. It's all straight up information. LastPass had received 4/5 stars from CNET and 5/5 stars from PCmag, plus a lot of the geeks recommended it. So I downloaded it and have spent the majority of my time the last day and a half loading my websites into LastPass, let them assign one of those long 12 digit passwords with upper and lower case letters, symbols and numbers. Passwords you'll not remember but LastPass will do the remembering for you and will load them.

I did this by starting with my bank accounts since I do all of my banking online. Then I added my Facebook and Twitter accounts. I spent some more time the first day reviewing and learning how to work LastPass and then last night added a few more sites that I frequently use...mostly forums where a user name and passwords are required.

This morning I decided to start the final stage and loaded all of my websites that dealt with my credit card or any place in the past years, no matter how long ago, where I had bought something online using a credit or debit card. The new passwords were generated by LastPass. I then logged in those new passwords into my old spreadsheet that shows all my sites that have a user name and password, sorted alphabetically.

After that, I would change the password and add the site (a couple of clicks) to LastPass, I would then close out the site, close out that browser tab, log back into the site and see if the new system worked or not. With LastPass the user name and password should preload even after unclicking the "remember me" box on every site. I made sure I could get back into the site before adding a new one.

One thing they don't tell you, its a one password system AFTER you get all of your websites loaded with a user name and password. That was only a couple of clicks to accomplish but my process was time consuming. You had to bring up each website to add it to LastPass.

Most likely, like any kind of website, can be hacked ... but they have layers of security built in and none of the user names or passwords are stored on their servers. i have to read more on how that works. It might be a case where they are stored locally, possibly on the hard drive...don't know yet.

So at least I have some added protection for my passwords. They also offer a free system to warn you if anything suspicious shows up on your credit ratings, so I signed up for that also.

I would say with the increase in hacking sites in today's internet and in the future, its better to be safe than sorry. Otherwise it would be like leaving home with the garage door left open and the house unlocked.
at August 07, 2014