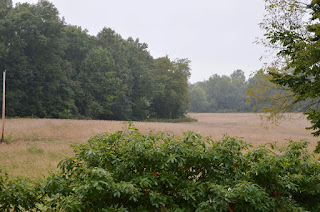 Those days of bright sunshine and hot temperatures seem like months ago ... it's only been a few days of change. Once those cool temps arrived they stayed.

After a lot of yard work done early in the week, the hounds and I laid low the rest of the week and didn't do too much. Photos were taken and uploaded into Google Photos and Flickr every night. Walks for the hounds were taken ... along with some siestas, some football and some reading. 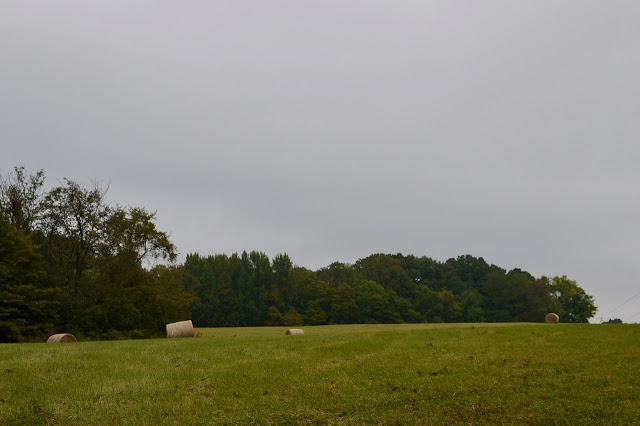 It looks like rain is right around the corner but doesn't feel like rain. We took off for our walk close to noon, not knowing if we would take a 2nd walk later this afternoon either at halftimes or between football games.

Stella has been hanging way way back this week in each of her walks ... to the point that Sadie an I have already made the turn to head home. This morning was no different. 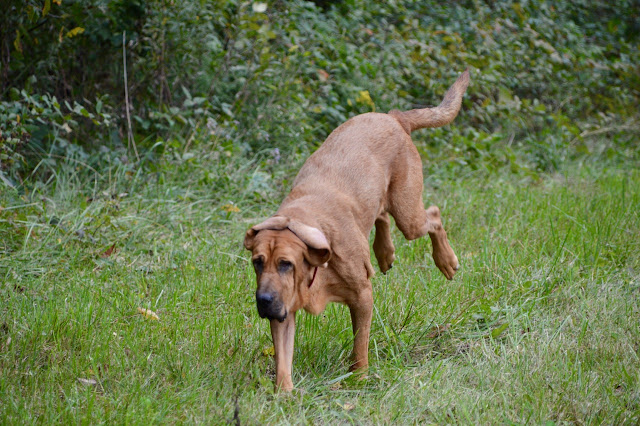 They started out together but Stella has found something in one spot that she will not leave ... so I don't yell for her to come with us. 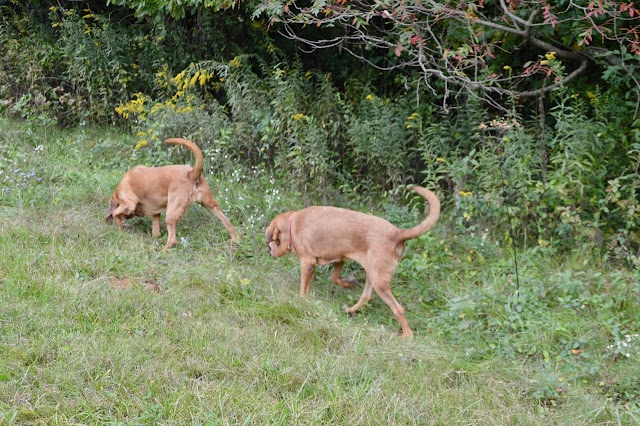 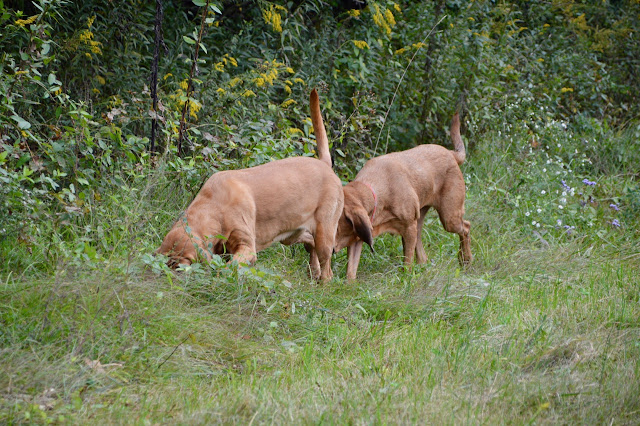 Sadie never likes staying too far behind and she will always come running without me calling her. Seeing her waistline means she has lost the weight she needed to this summer. 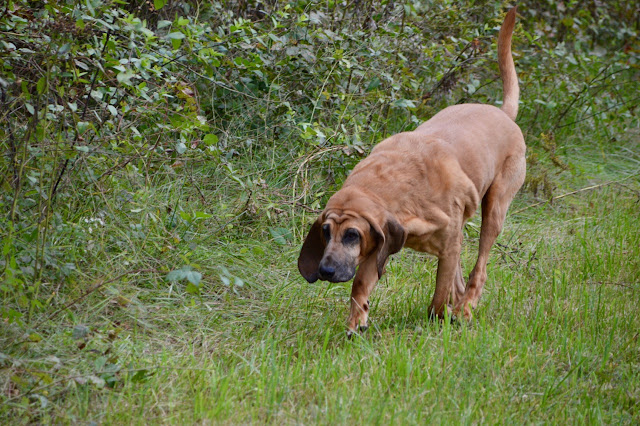 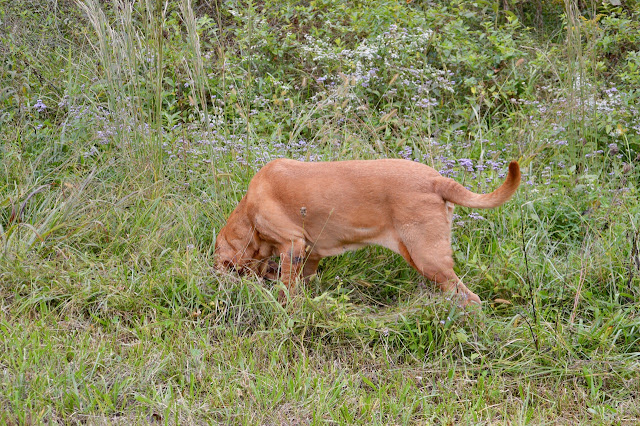 As I approached the back end of the field, Stella was nowhere in sight. 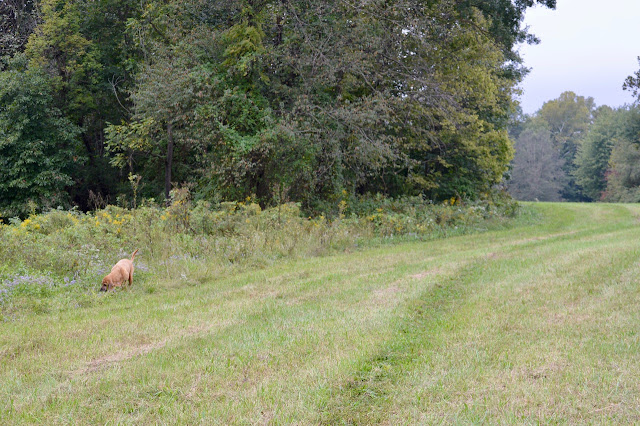 About the time we were headed down the last half of the walk I was pretty sure that Stella may have ran into the woods for the first time. I was preparing myself for driving around the neighborhood in back of the house, to see if I could find her once I got home.

Then ... I see she is running trying to find Sadie and I. 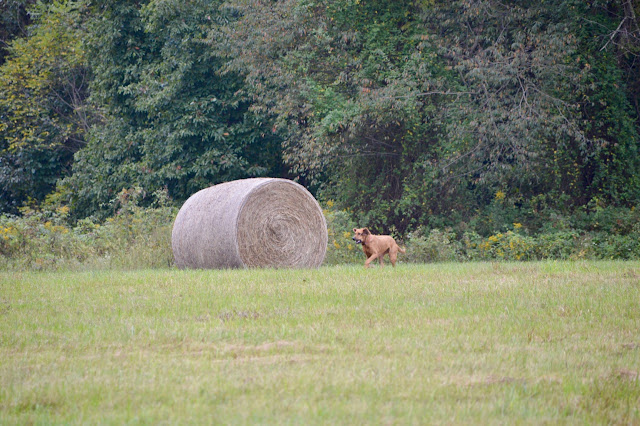 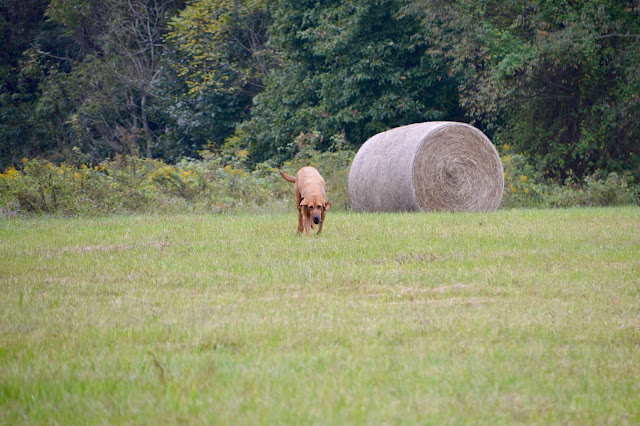 Once she saw us, she slowed to a slow trot and all was good. 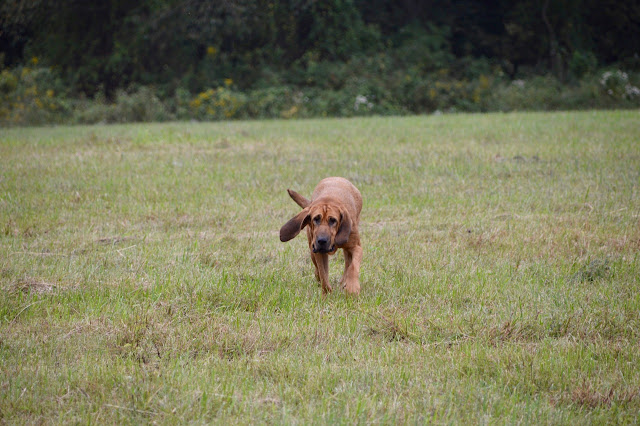 She really wanted to head north. She kept veering away from me and Sadie but would come toward us each time I called her. They both headed back home. 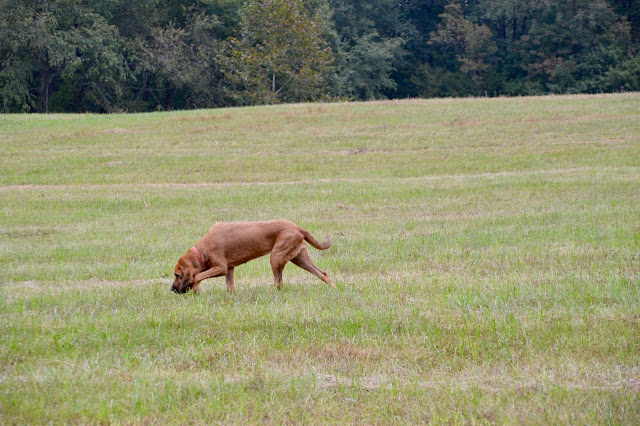 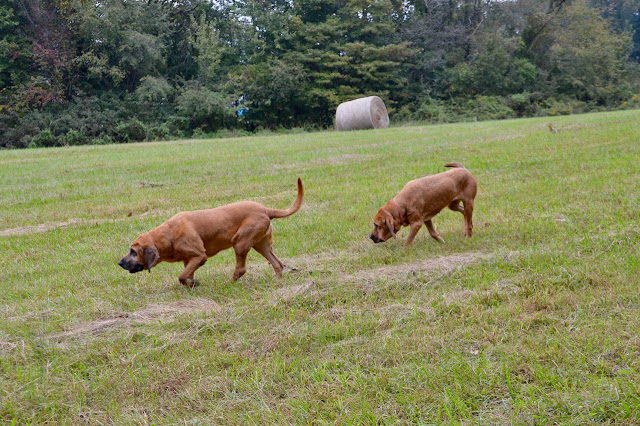 Almost to the yard. 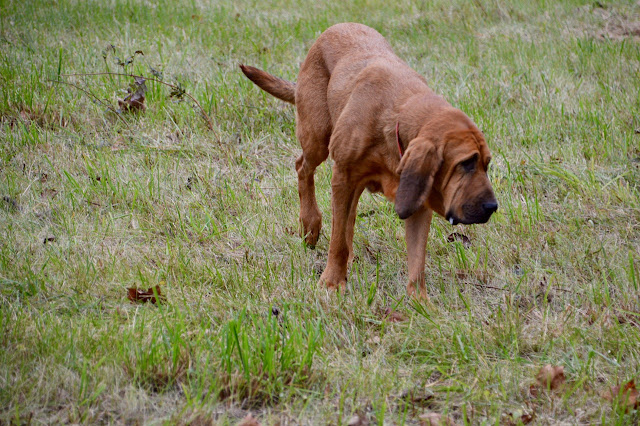 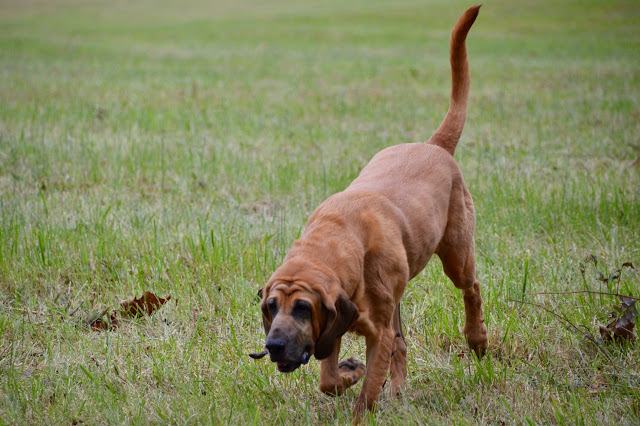 I took the Z4 out for a road trip yesterday, even with the forecast of rain. I decided it didn't matter if I drove it in the rain or not ... it's an easy car to wash and clean up. I did hit a couple of intense storms to and from my visit. As usual the I6 engine purred like a kitten.

One good thing happened besides a great visit with my old friend ... I was away from home for almost 8 hours ... Stella did not damage anything while I was gone. That is the longest I've been away from her and having no damage to the room she stays in with the other two hounds.

Not much in store but an afternoon and night of college football. Most of the games I am interested in don't start until 3:30pm eastern, so I'll post this earlier than I normally do.