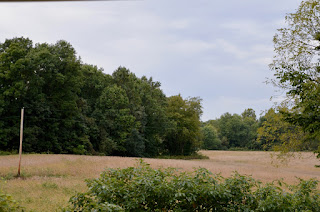 After a full day of activity outside yesterday, we went the opposite direction today. Not a lot happened and some of that was due to the light rain this morning.

It was easy to see and feel that today was not going to reach 70° and luckily with no real plans but the normal 'hanging out', it wouldn't matter if we took another day off.

Sadie and Stella were pretty energetic their 2nd trip out, right after their breakfast of morning kibble. Yet, they didn't go anywhere, just around the yard. 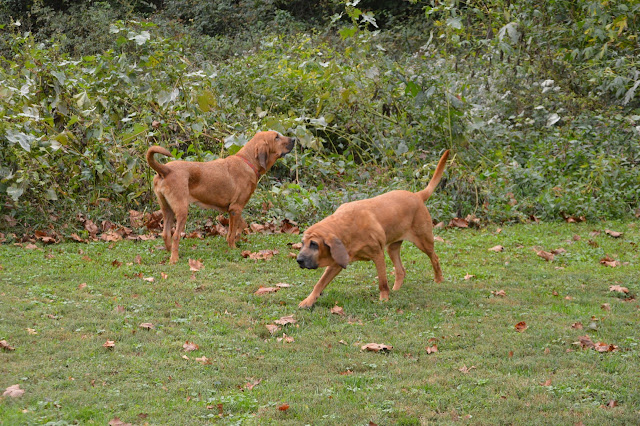 After the hour rain, the sunshine broke through but the temps still remained in the mid-60's. It felt like quite a change from a few weeks ago but all the windows remained open for the day. There was enough chill to the air I almost traded cargo shorts for jeans. It has to be pretty cold for me to make the change. 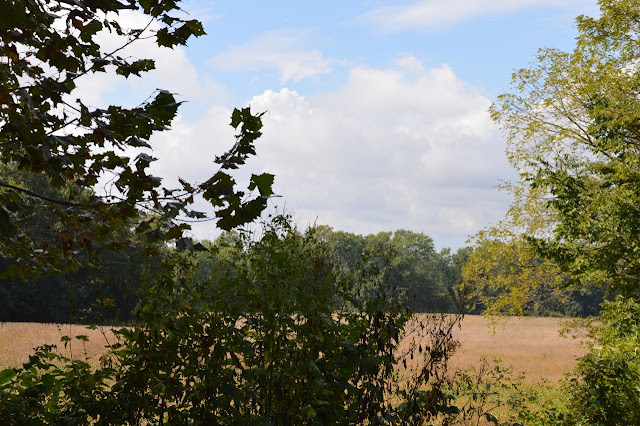 Heidi wasn't interested in taking the walk today but explored around the house while we were gone. At times she walks as if her hips hurt. It's hard to tell, so we may head to the vet and see what he/she has to say. I did find out in my internet searching last night for dog food to help a hound to gain weight, it suggested a food with 30% protein and 20% fat. That is hard to find, even with some of the more specialty blends of kibble. 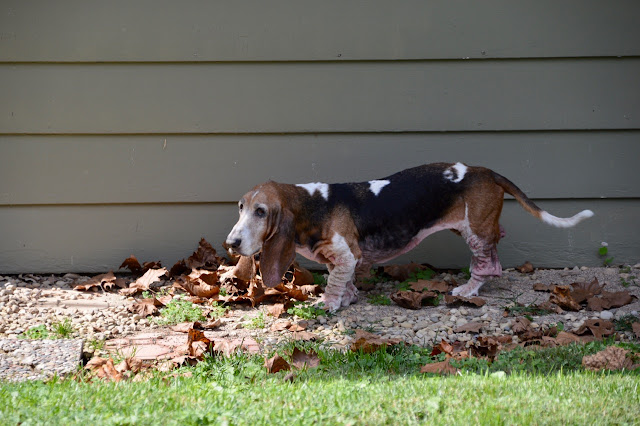 Even with the light rain, the ground was wet but not bad enough to where we would have to cancel it. No wind, just cool temps ... a perfect time to walk. 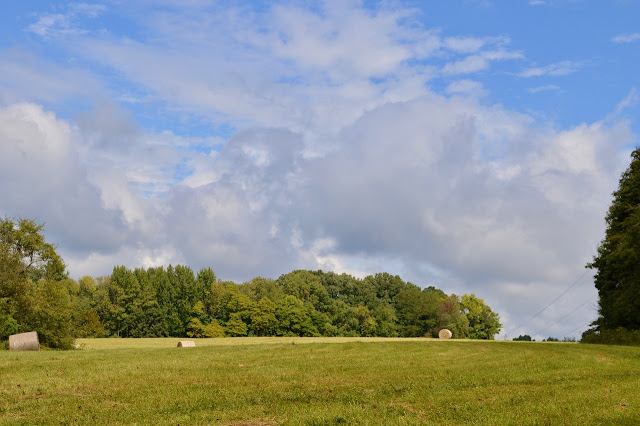 With tails up and noses down ... the hounds were 'off to the race's as some people would say. 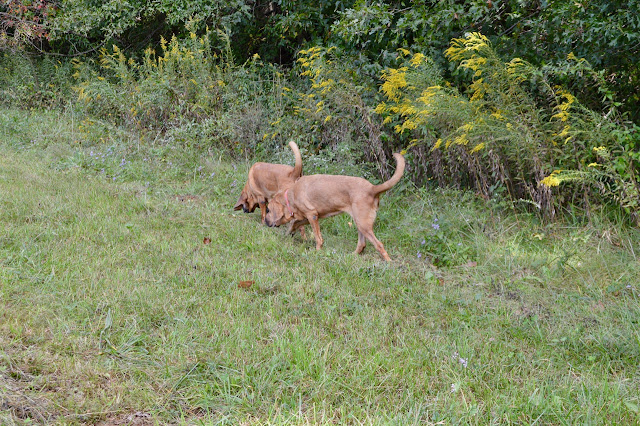 Stella glanced up and saw Sadie may have found something she needed. She didn't hesitate in sprinting to where Sadie was to check it out. It must have been good because she stayed behind as Sadie and I continued the walk. 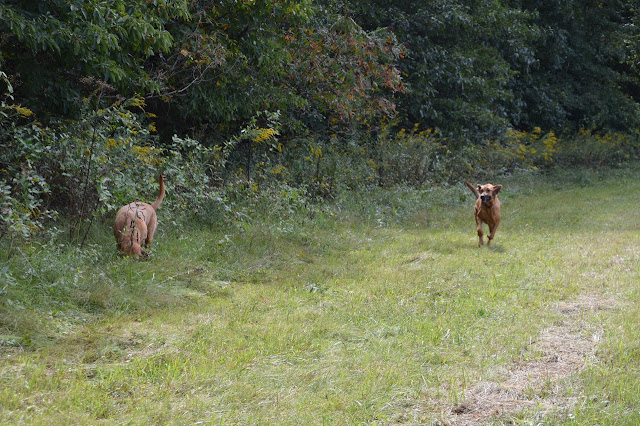 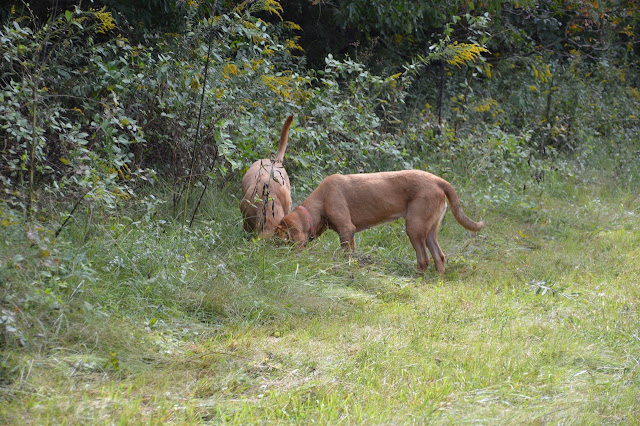 By the time we got to the first turn, Stella was still not in view. 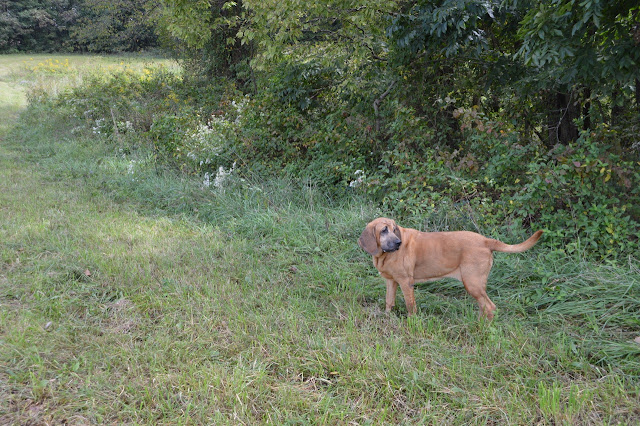 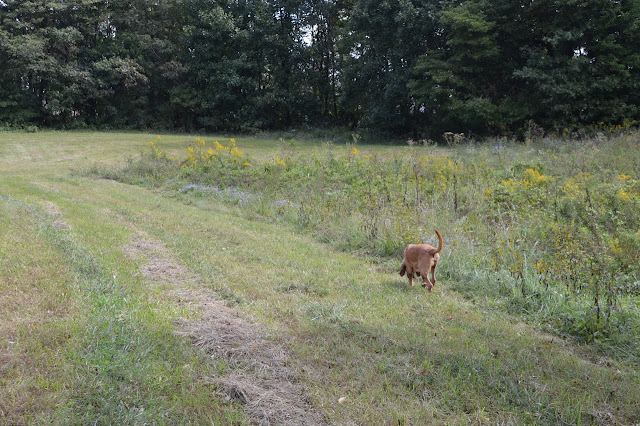 As always Stella came sprinting up behind us before we got to the back of the field. She loves to run so maybe she stays behind on purpose so she can do just that. 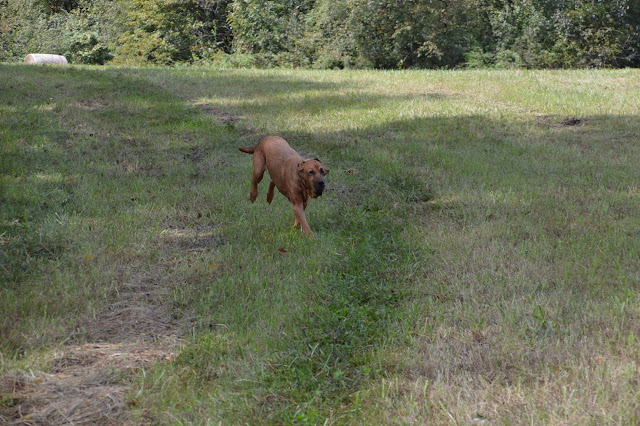 The is the edge along the back of the field and from their activity today, there must be some heavy deer traffic when we are not around. I could barely get them to leave that area. 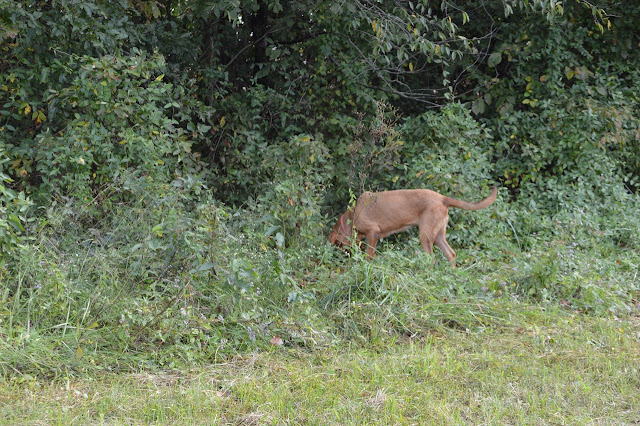 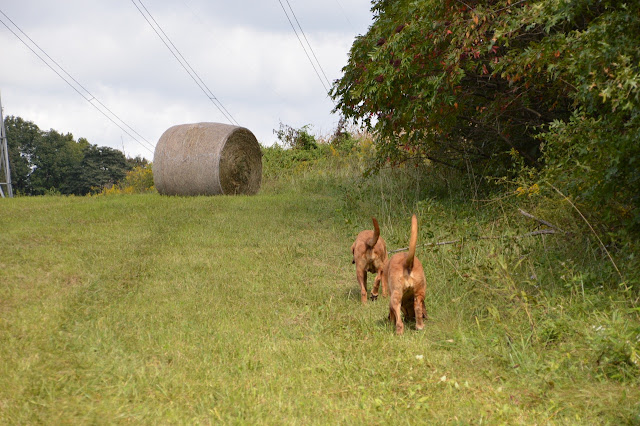 There must have been at least 5 stops along that back area. 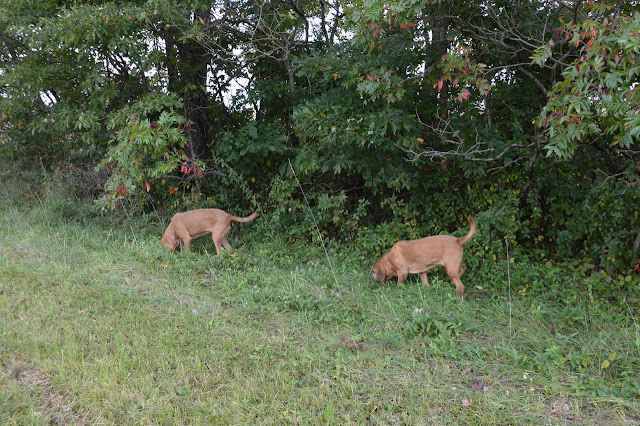 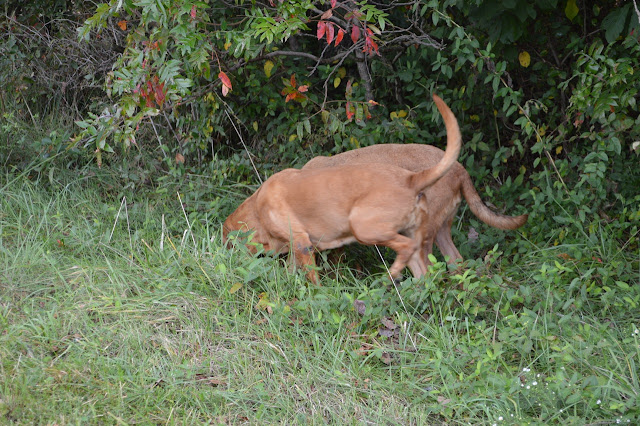 Stella tries to gradually drift off to the right away from us and towards the 'no fly zone'. 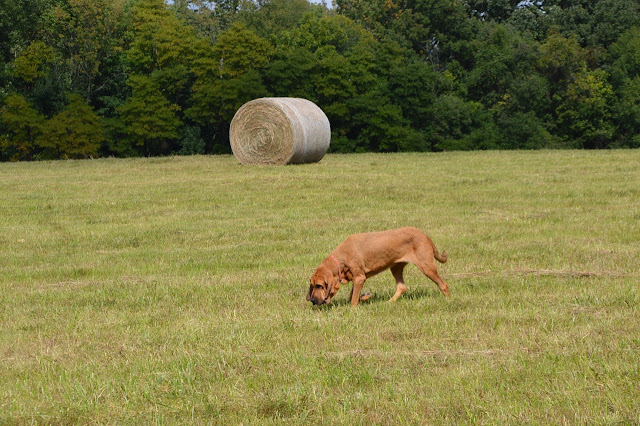 After being called a few times Stella took her own time getting back to the yard. It is temping to let both of them roam the field since I can see where they are ... but both of them are still on 'adult supervision' until they can show me they will not head to the neighbors yard on the north side of our house, or too the left side of the photo below. 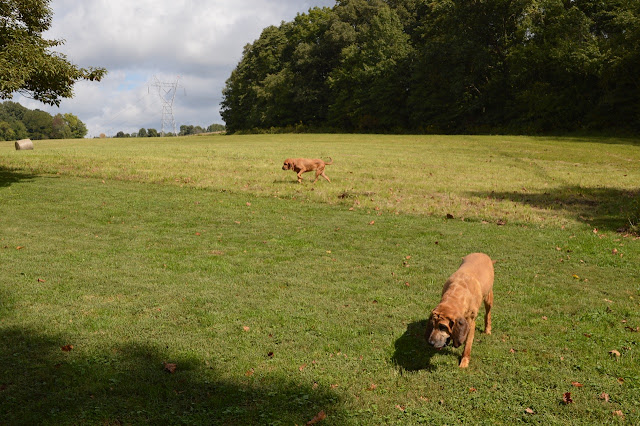 Stella never looks happy when she ends her walk, but doesn't hesitate to head to the house and start her afternoon siesta. 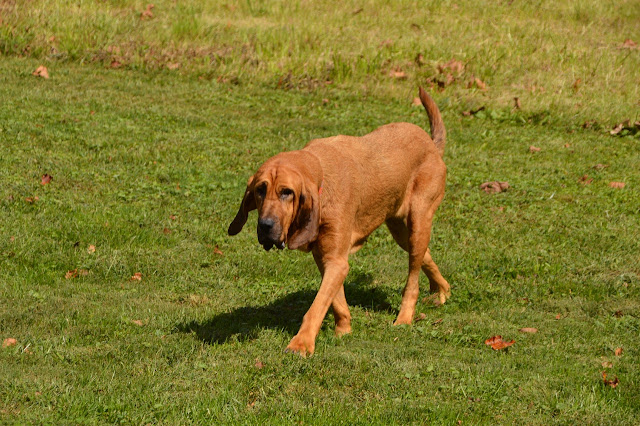 For a change I did not do any 'enhancements' of the photos taken today. Just straight shots from the camera without any kind of editing in Apple Photos.

The day was full of a lot of book reading, many games of Mahjong, trying to get more games completed in less than 3 minutes and 15 seconds. I guess the highlight of tonight will be a rare occurrence with me tuning into a prime time tv show at 10pm, named ... Designated Survivor.

Cool temps and some rain is the forecast for the rest of the week here in 'the tropics' of Southern Indiana.
at September 28, 2016