The Hounds Get In A Speed Workout 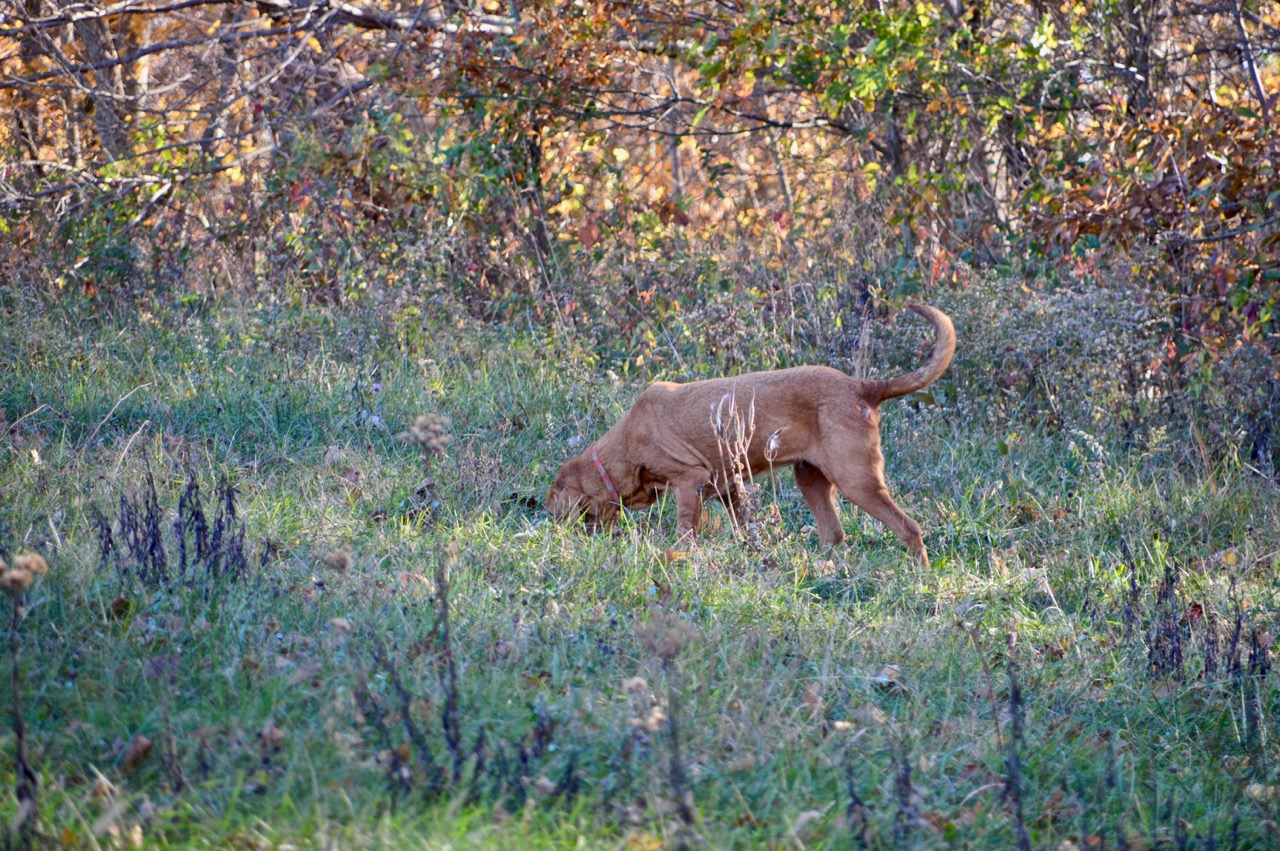 I knew as soon as I opened the door to let the hounds out before breakfast that it had to be in the 20's. It was freezing cold. In the short few minutes they took to finish breakfast I already knew we would be 'waiting it out' to see if it would warm up outside. My trusty iPhone weather was telling me it "feels like" 21° and that was enough confirmation to me that we'd wait. Sadie didn't understand that but she waited.

As soon as Stella's feet hit the field, she was off ... sprinting way ahead of Sadie and I, which is rare. I do mean sprinting when I say that. I guess the freezing cold air had energized her. She rarely slowed down and was all over the field darting from one area to another. The best way to describe her today during this walk is 'rambunctious'. 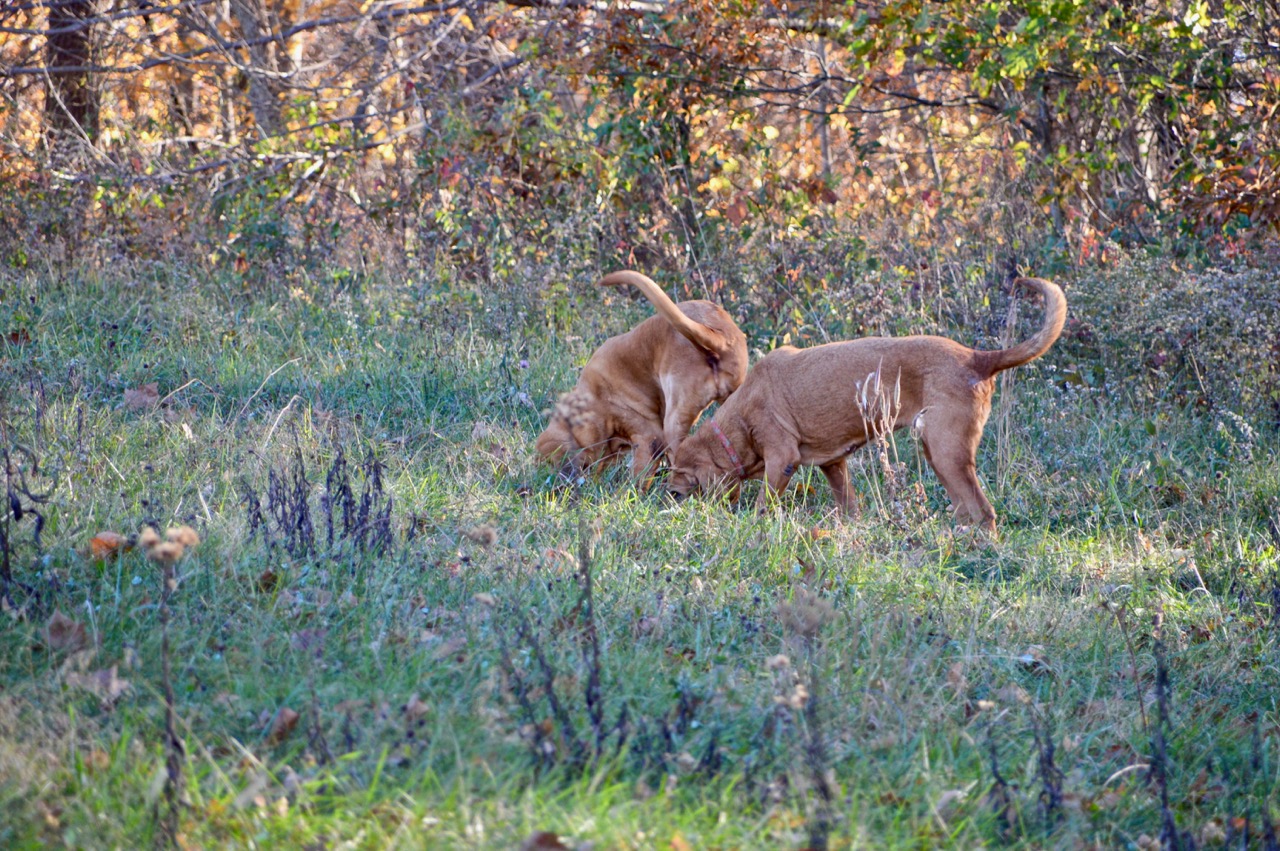 Sadie was also sprinting to different areas with nowhere in particular to go. They both looked like they were just running to run. 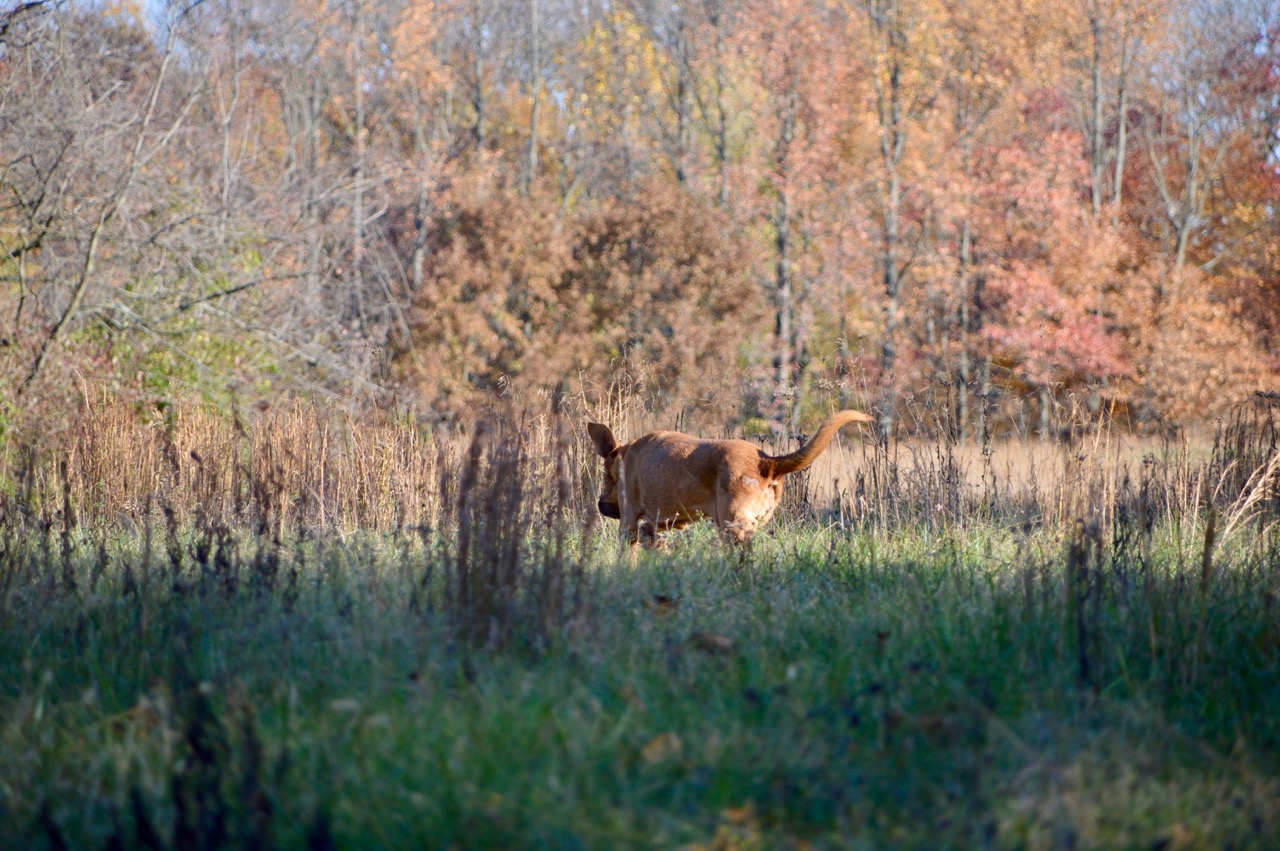 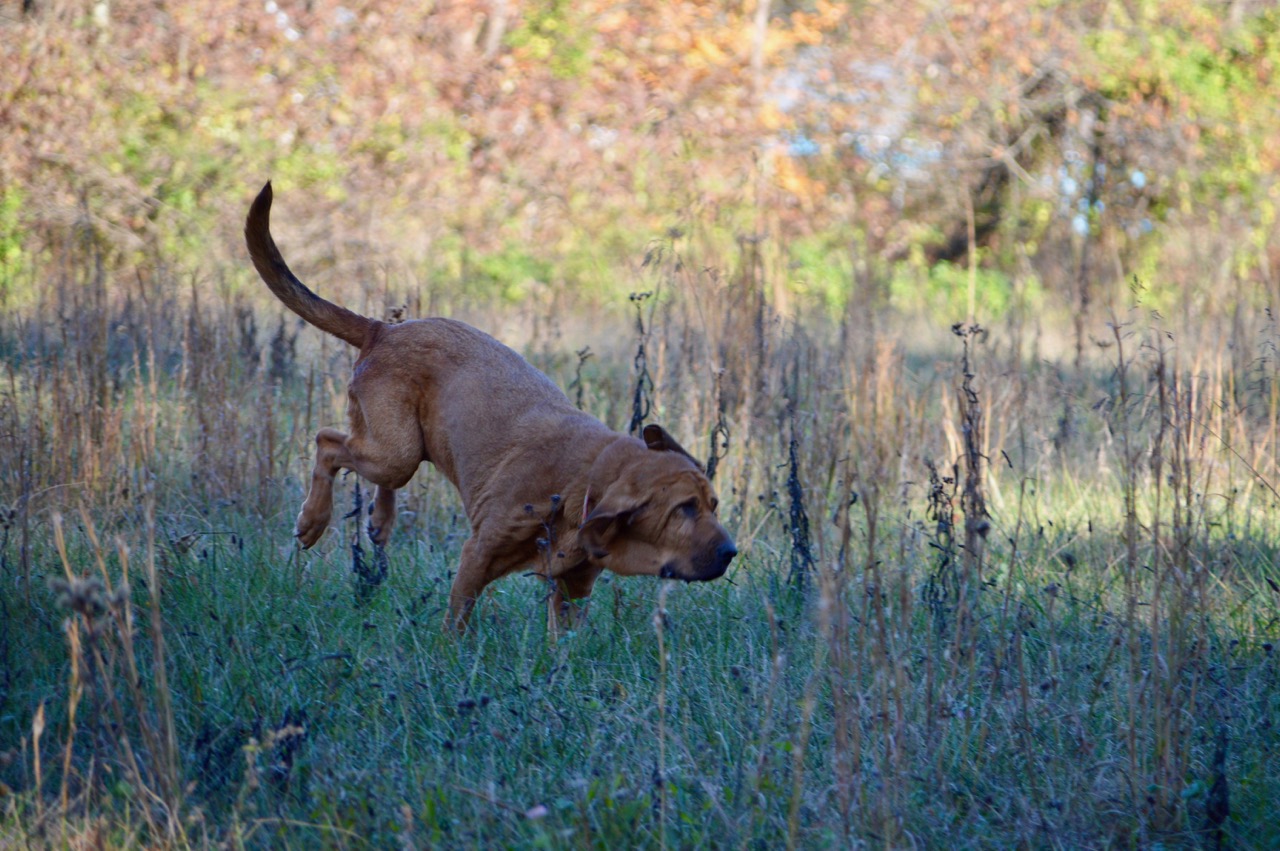 It takes a lot of ground speed to get their ears moving like that ... when the camera catches their ears in the up position, the hounds are flying faster than the speed of sound. 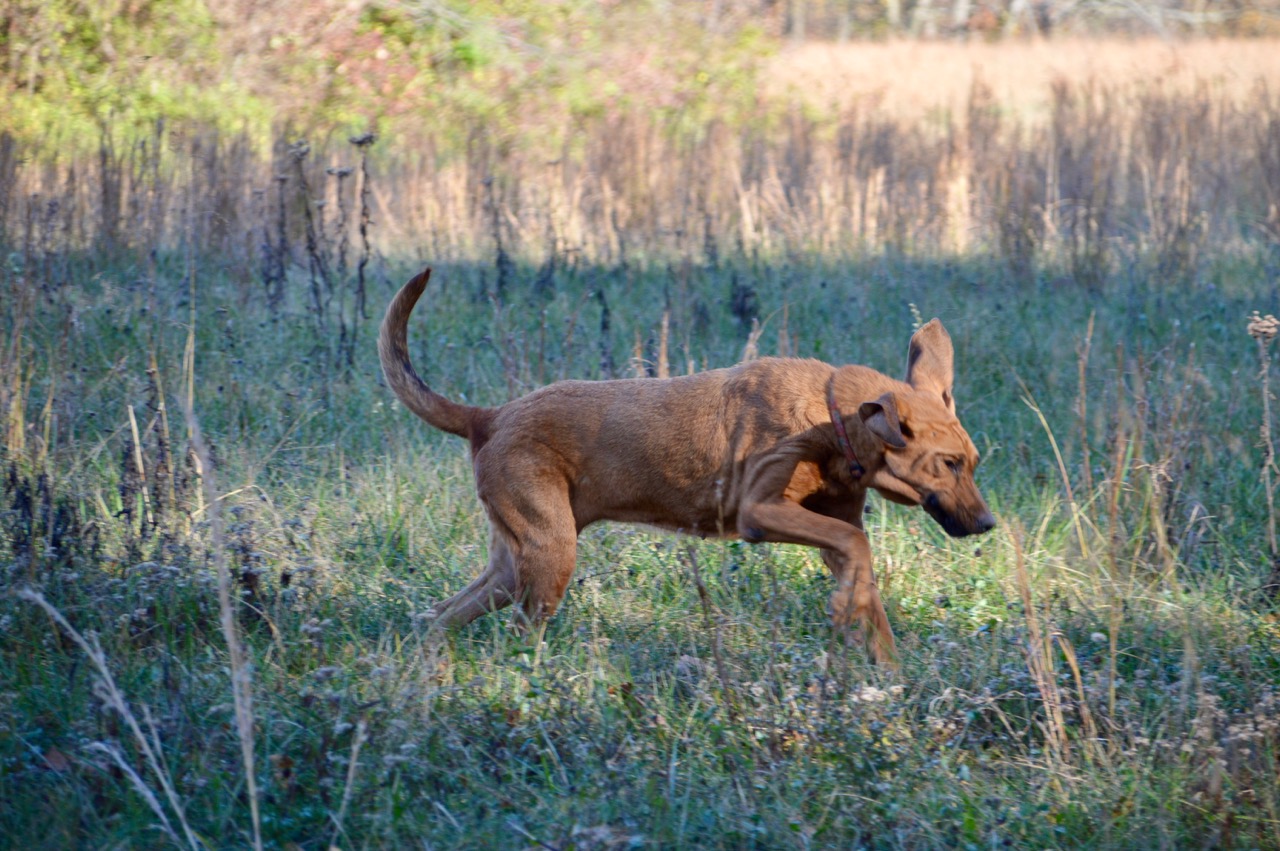 When both back paws are in the air at the same time ... same things ... flying. 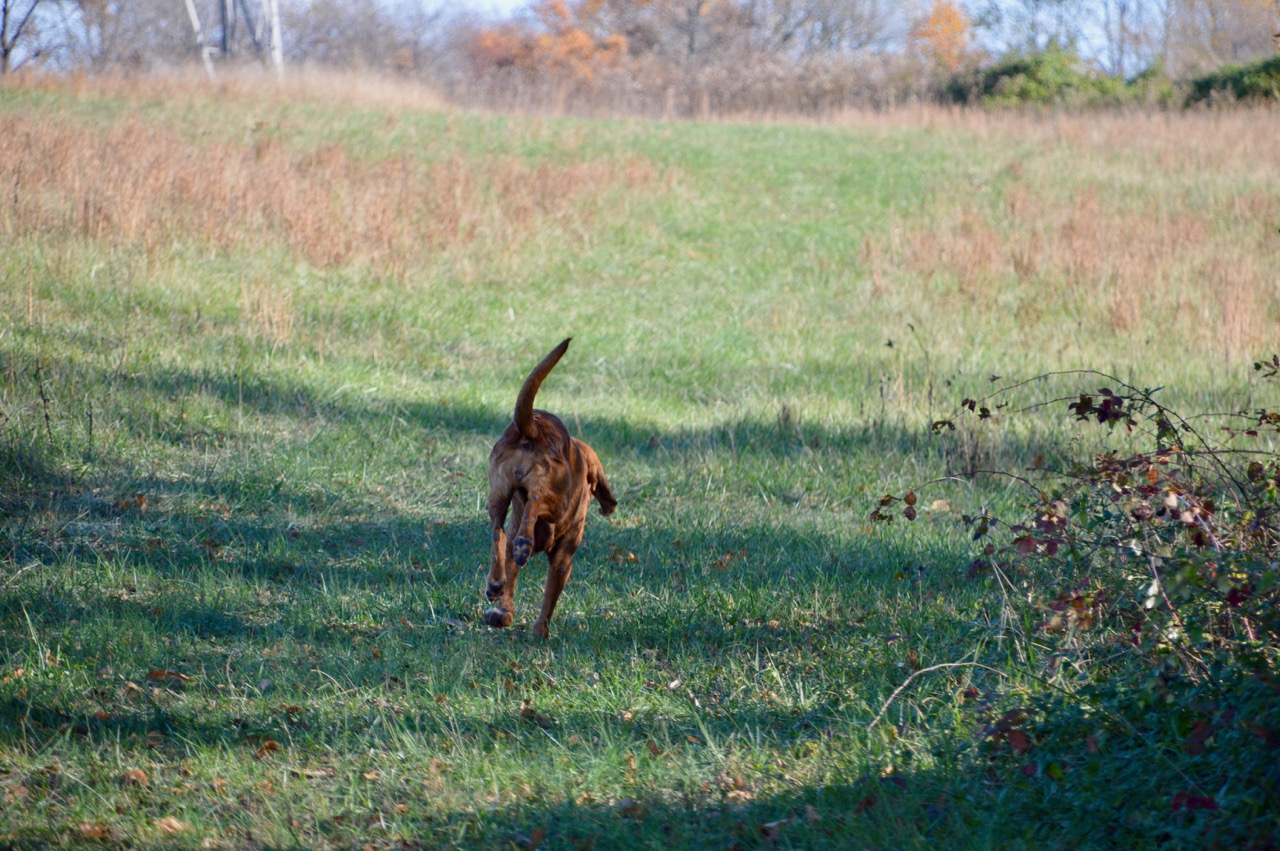 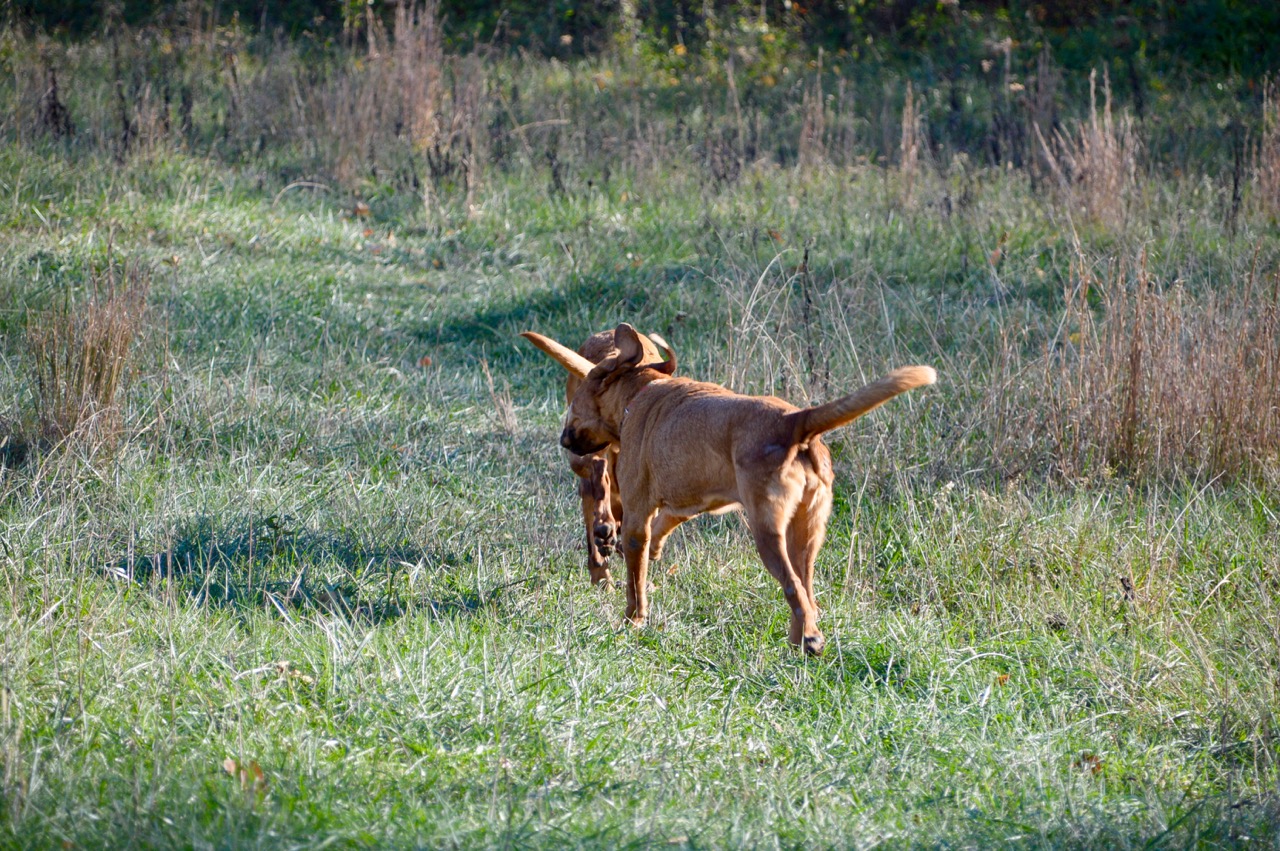 Just because they liked the freezing weather didn't mean I nor Heidi did. She walked out this far after lunch, looked up at me after sniffing the ground and head back to the door to be let inside. 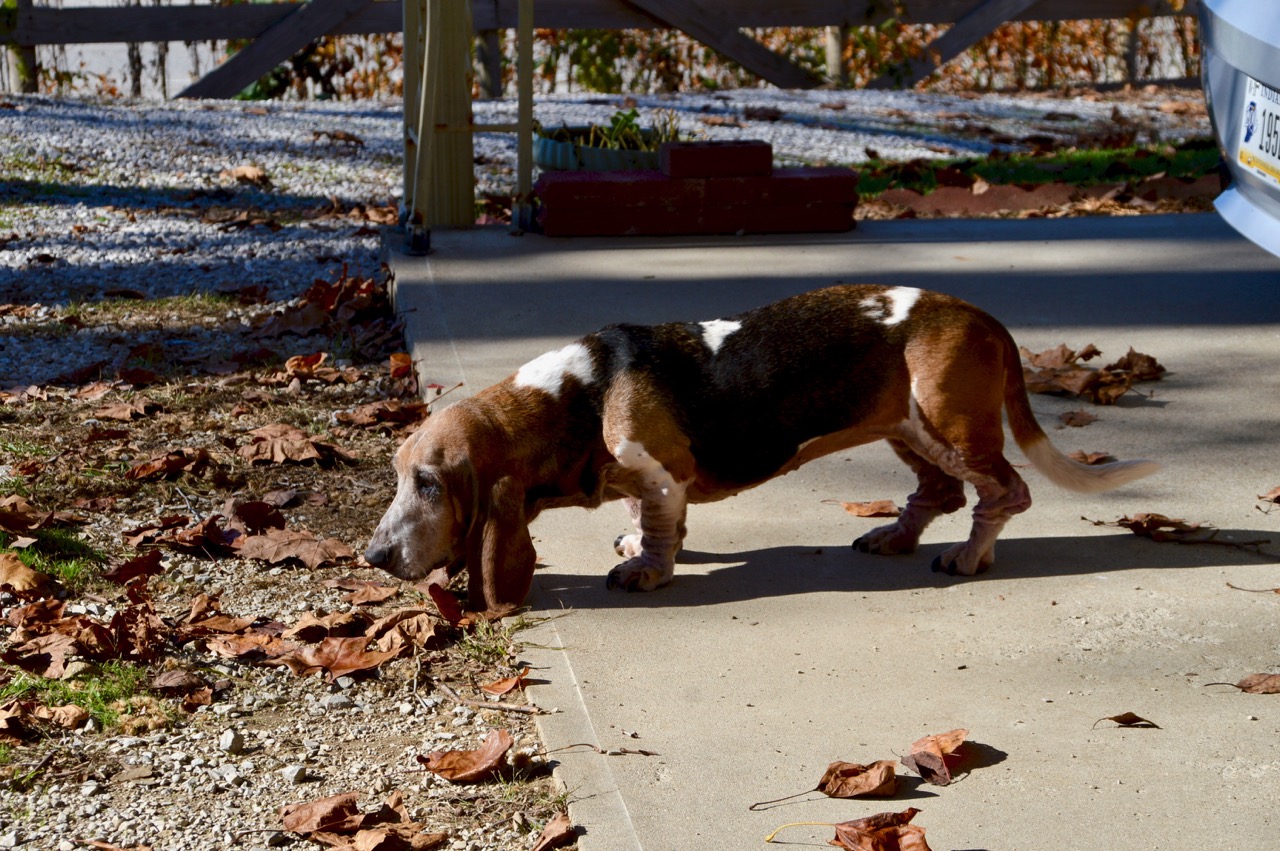 So with any leaf raking canceled due to cold weather, there isn't much more planned for today ... at least outside. To warm myself up I decide to look through some photos from this past August and in keeping with the flying ear theme ... I thought I'd post these.

Do you feel warmer than 37° seeing these next few photos? 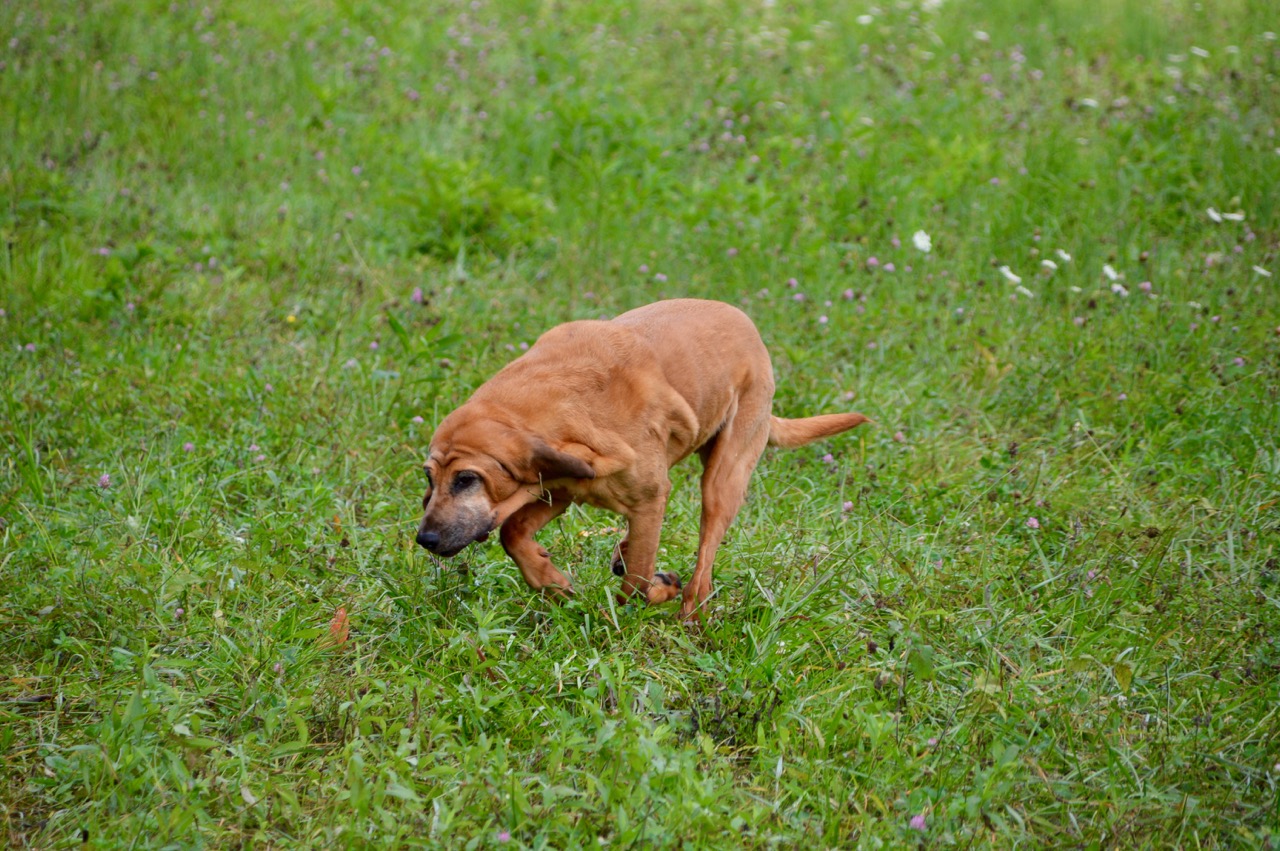 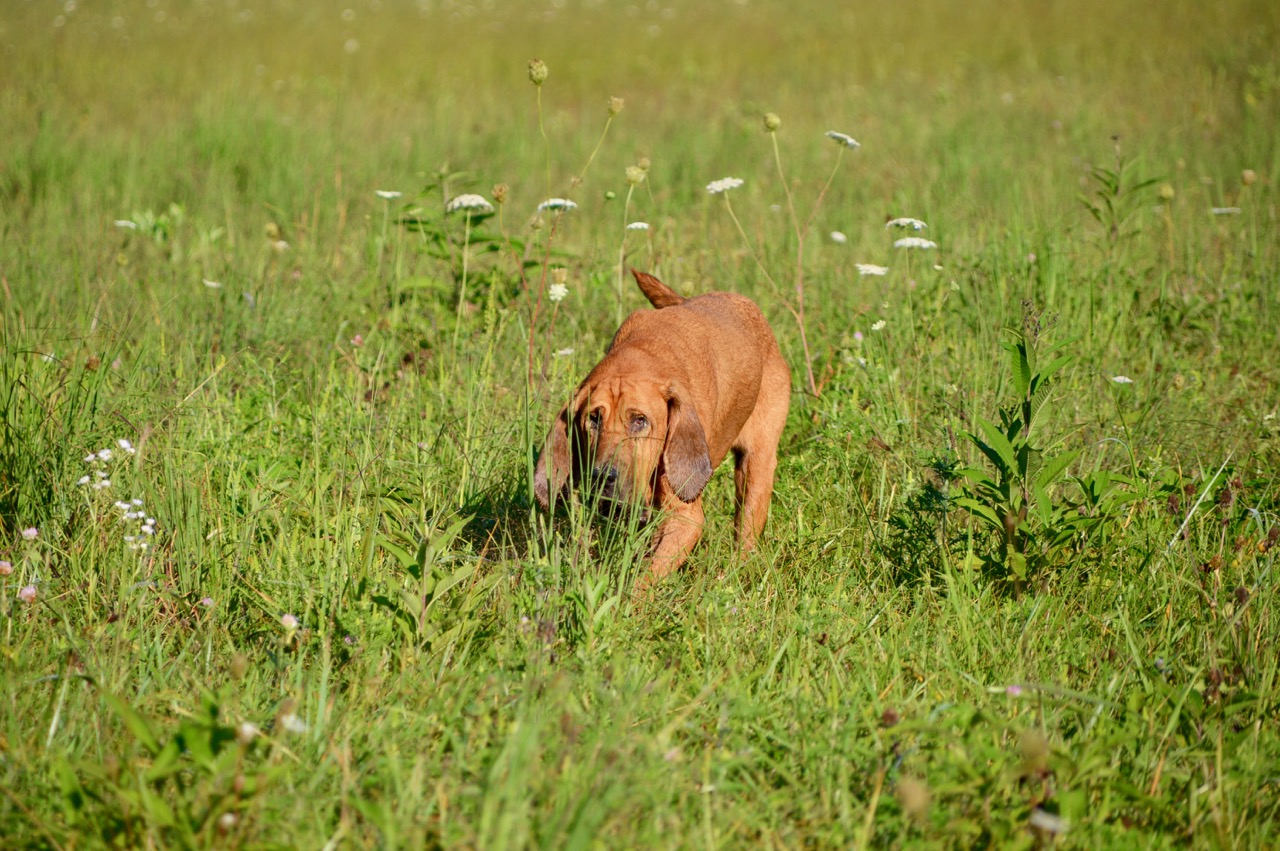 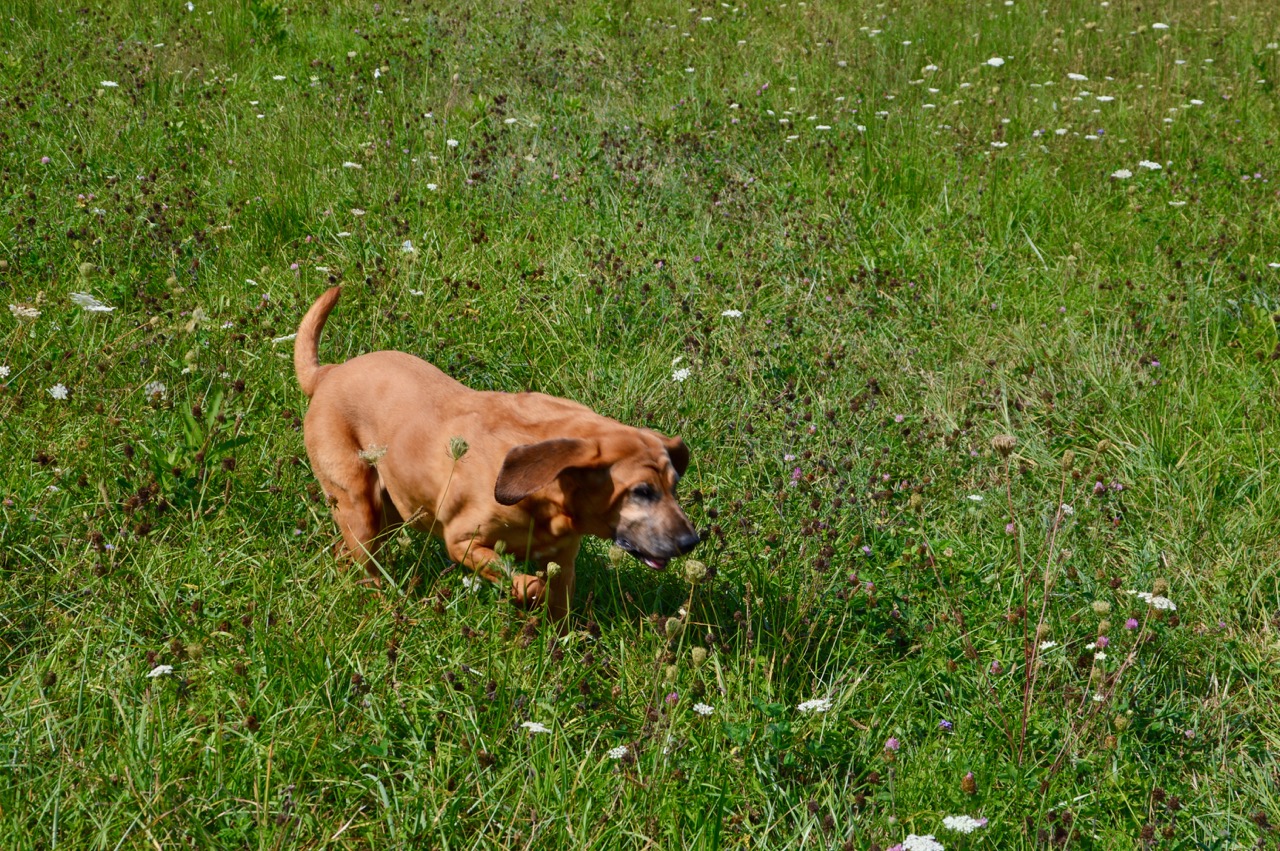 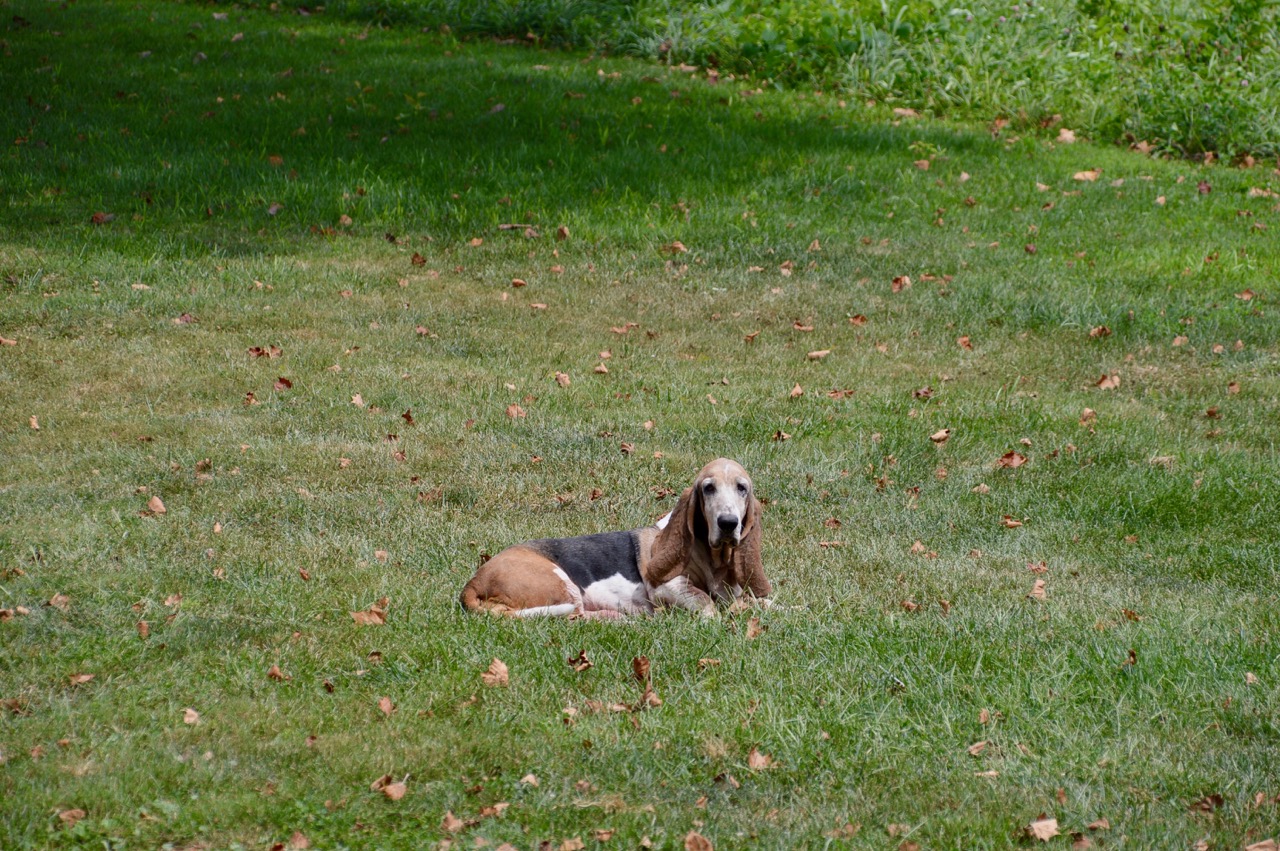 {Editor's Note}  From the comments below, Contessa said she would like to see Heidi's picture cropped and up close. I inserted it here so others could see it also. I am not sure if you get a notice that an update has been done or not, so I'll link this post for the cropped photo in my next blog post. 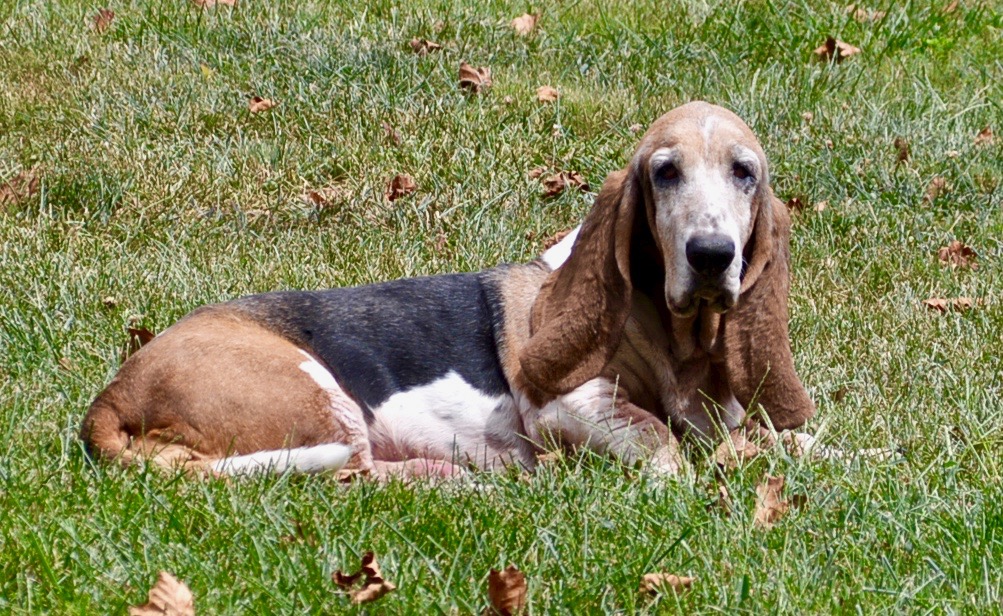 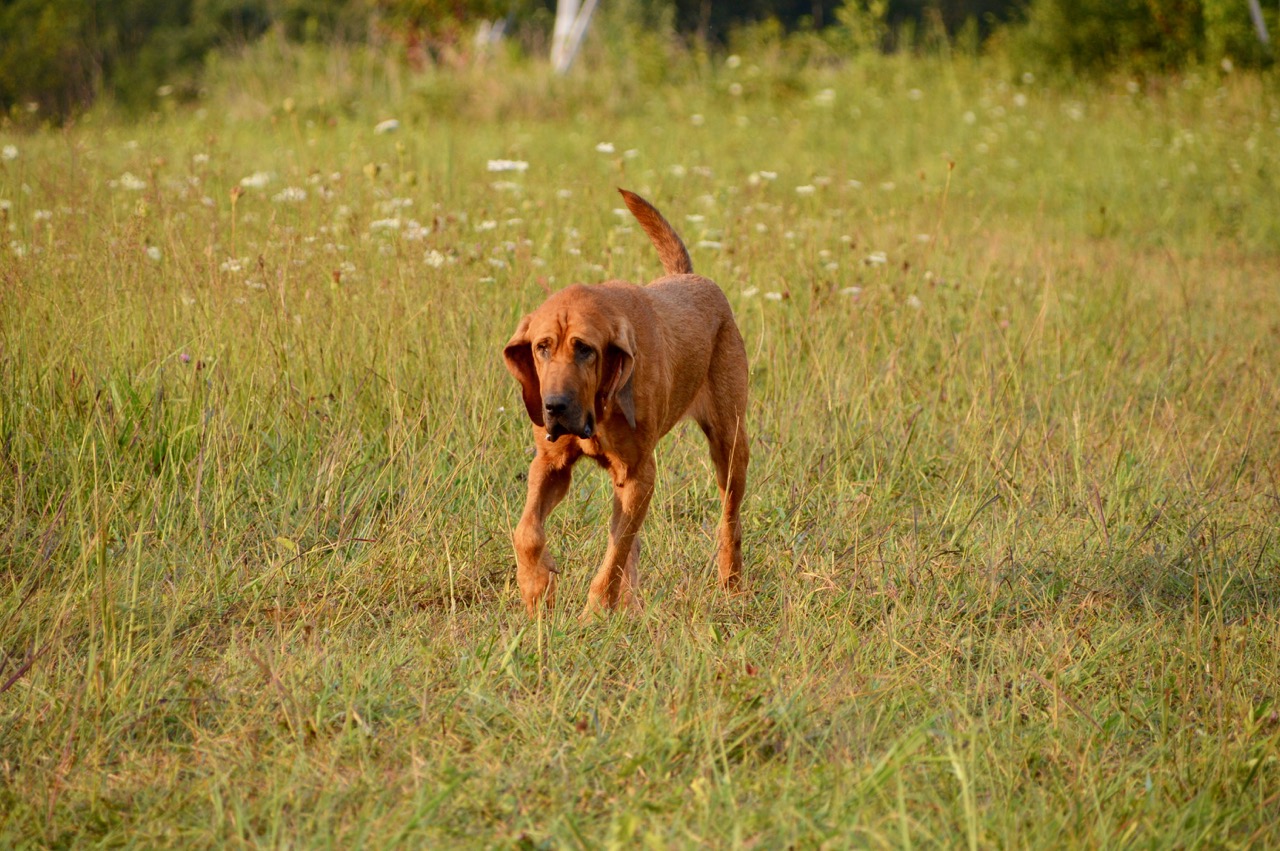 What Stella does best when it's really hot outside and the sun is beating down on her. 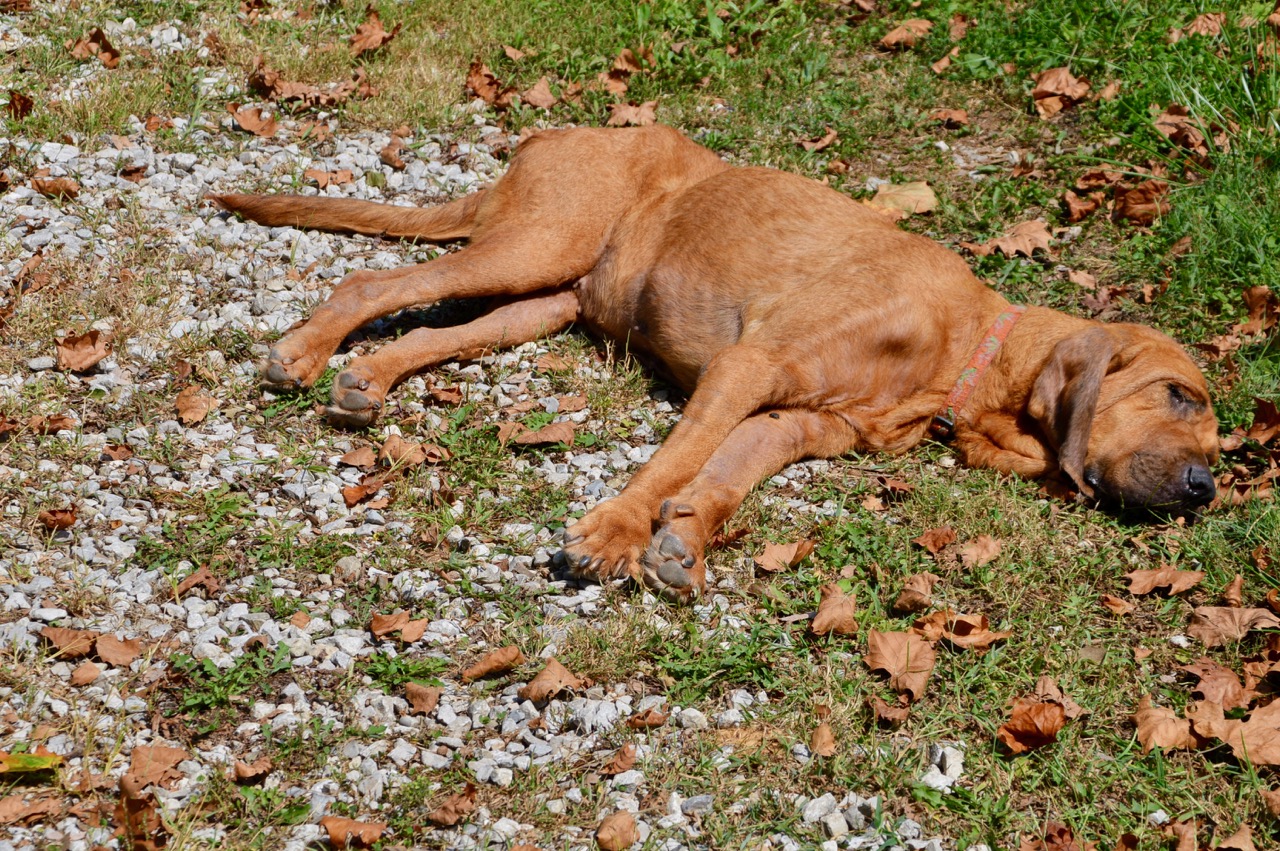 This is the butterfly that kept getting closer and closer to Stella while she slept. The butterfly was gone as soon as Stella lifted her head. 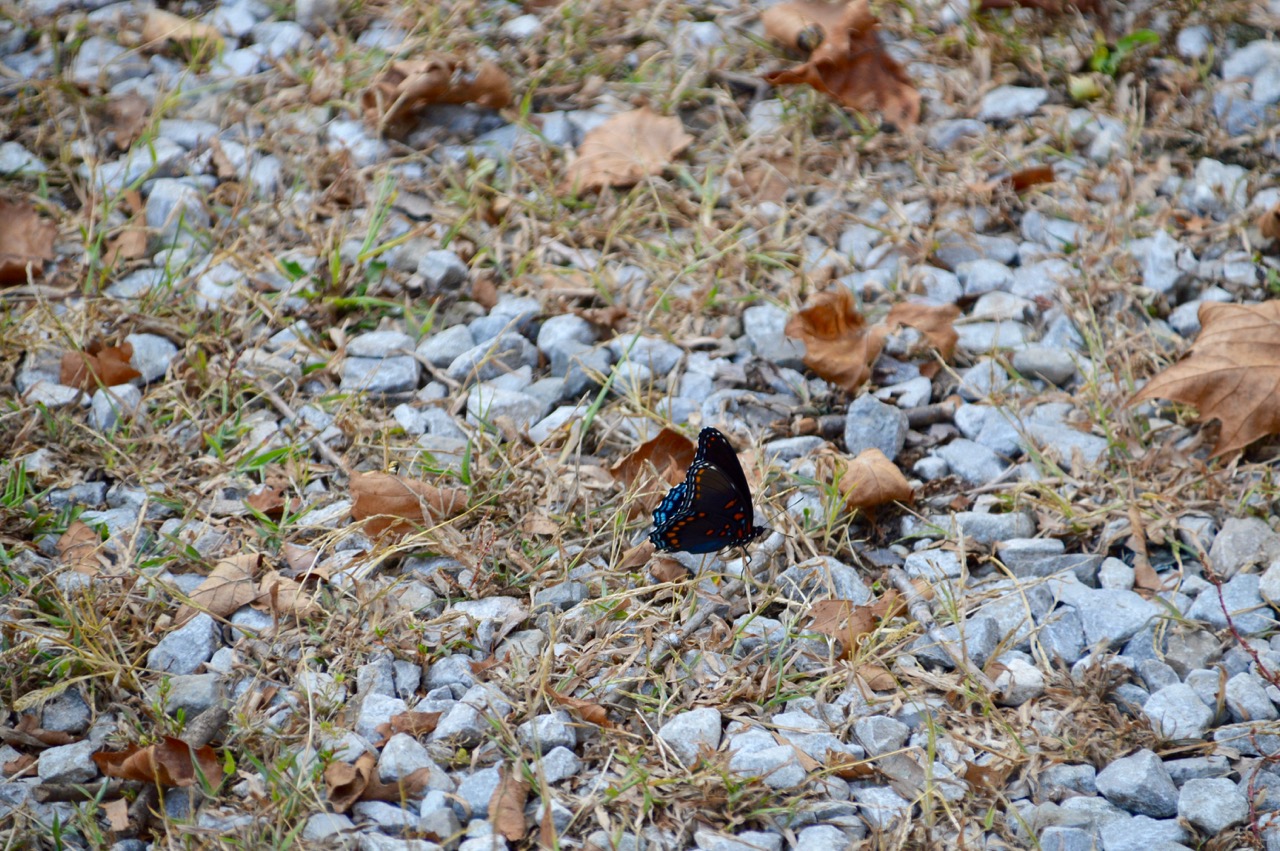 Since I got up while it was still dark outside and extremely early, I feel a siesta is required in preparing for one college basketball game at 7pm and then a college football game starting at 10:45pm.
A very frigid day here in 'the tropics' of Southern Indiana.
at November 10, 2017