I Walked Alone This Morning 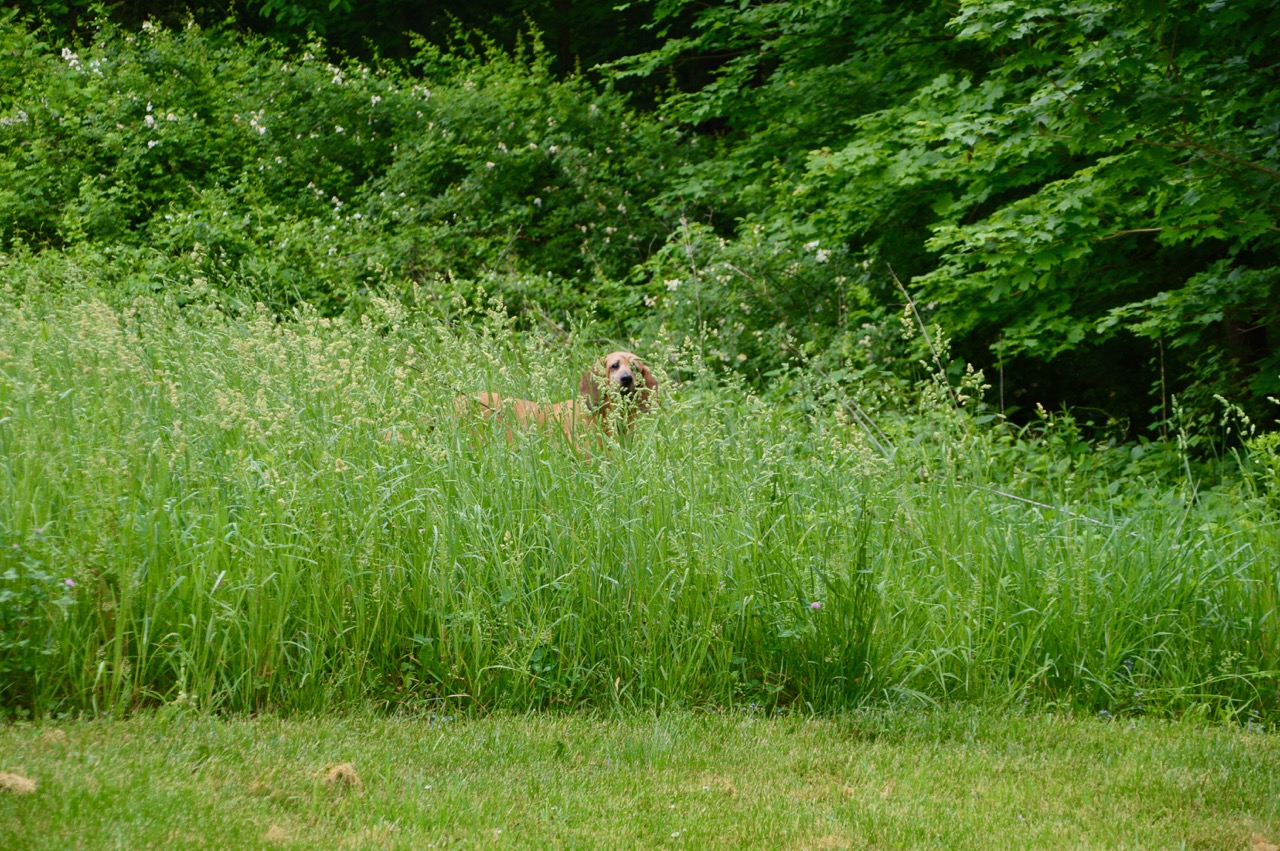 I was told one time that even if the photos all seemed the same to me on the same walk in the same field, each walk really was different as well as the photos. That was never more true than this morning as I left with two hounds but made the majority of the walk by myself because Sadie and Stella never followed me. 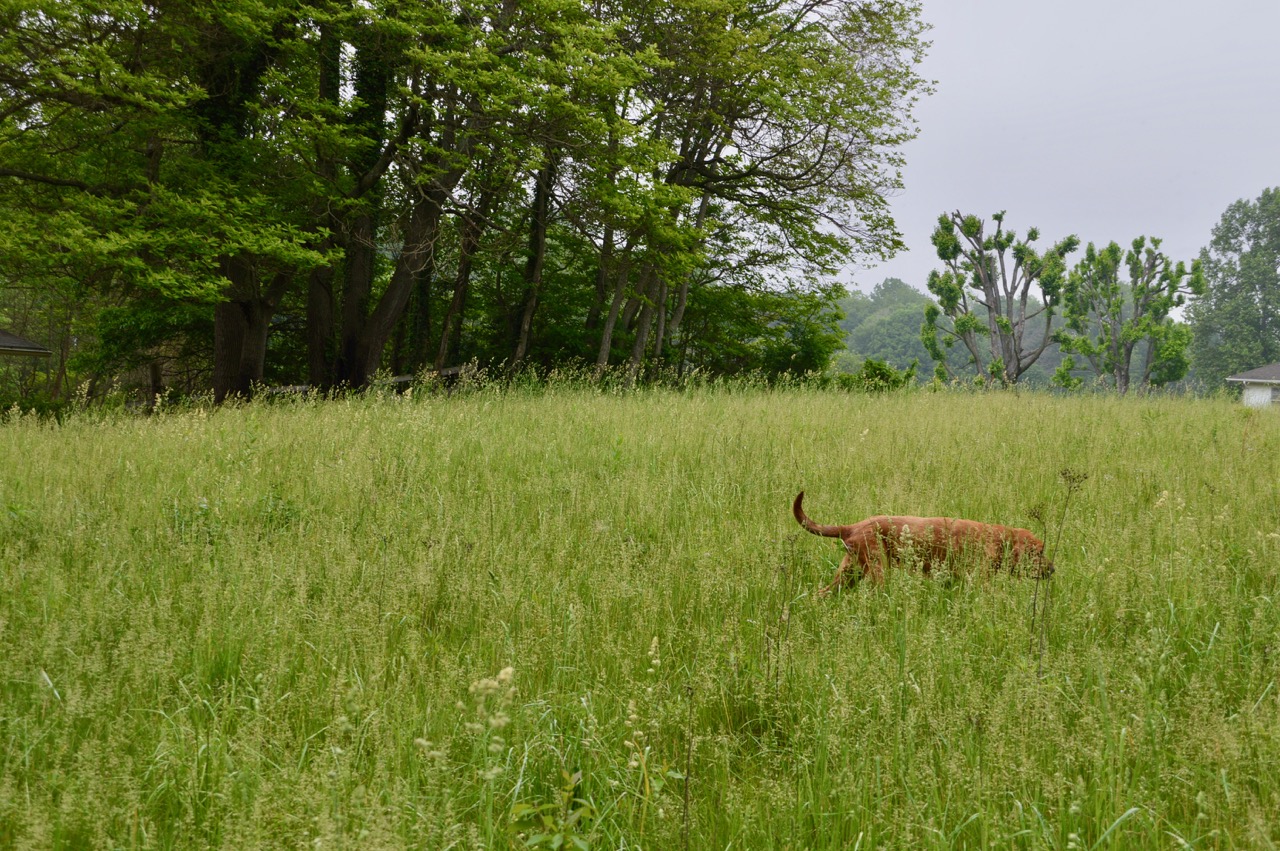 Stella was back to 'total freedom' since I had plenty of time, it wasn't that hot and I wasn't being attacked by bugs, gnats or mosquitoes. She did not take long separating herself and walked pretty fast out to the middle of the field. 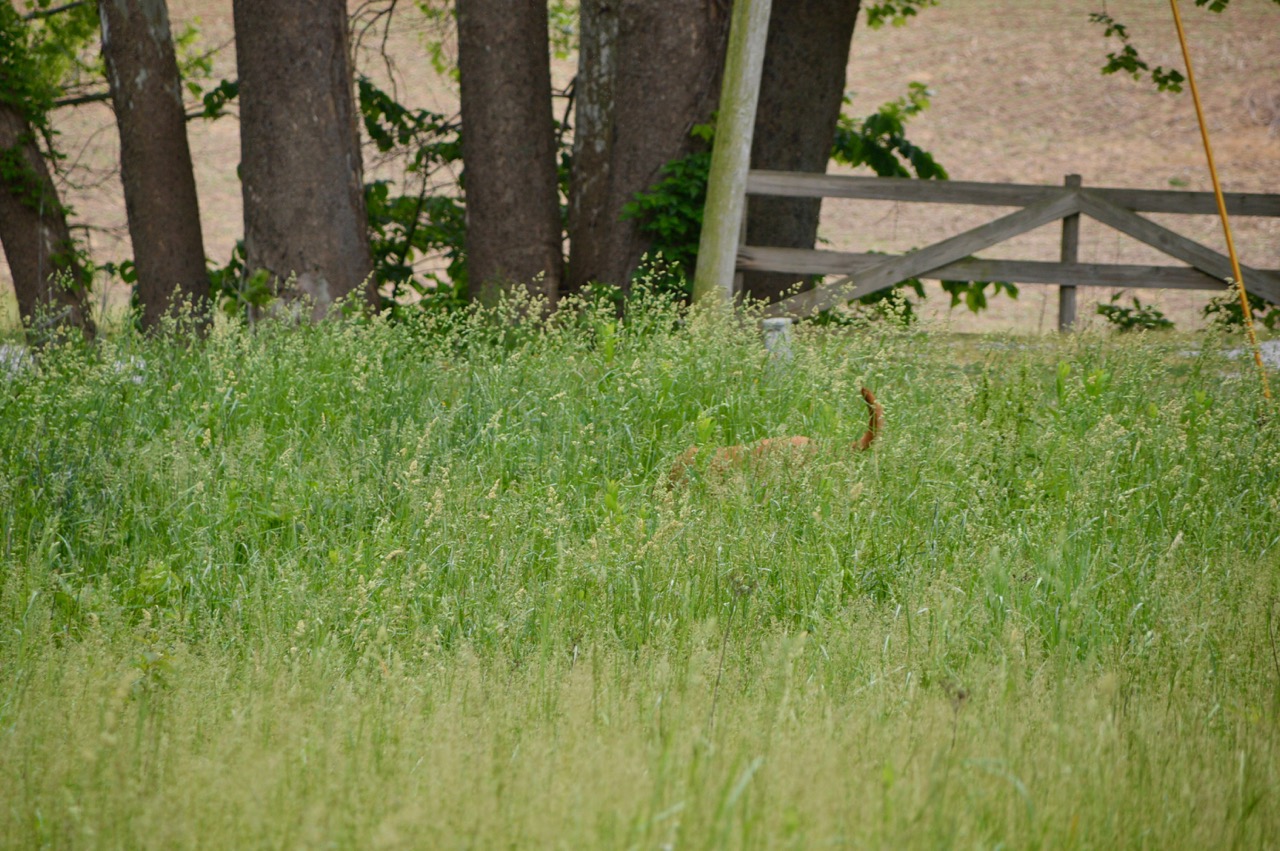 Sadie was the mystery thought. Whatever caught her attention 2' inside the field yesterday did so today. I don't find anything in that area that would keep her there but evidently there is something very small that she has trapped. 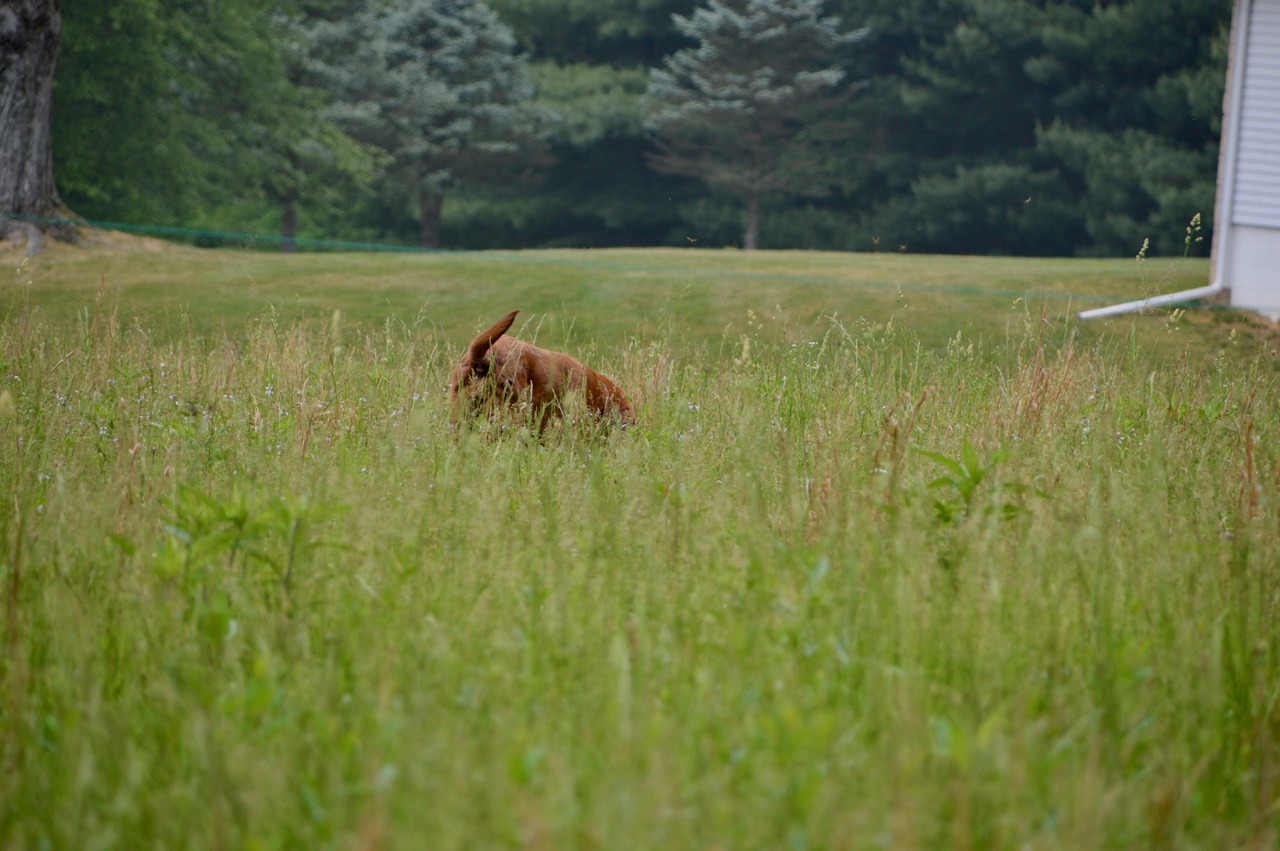 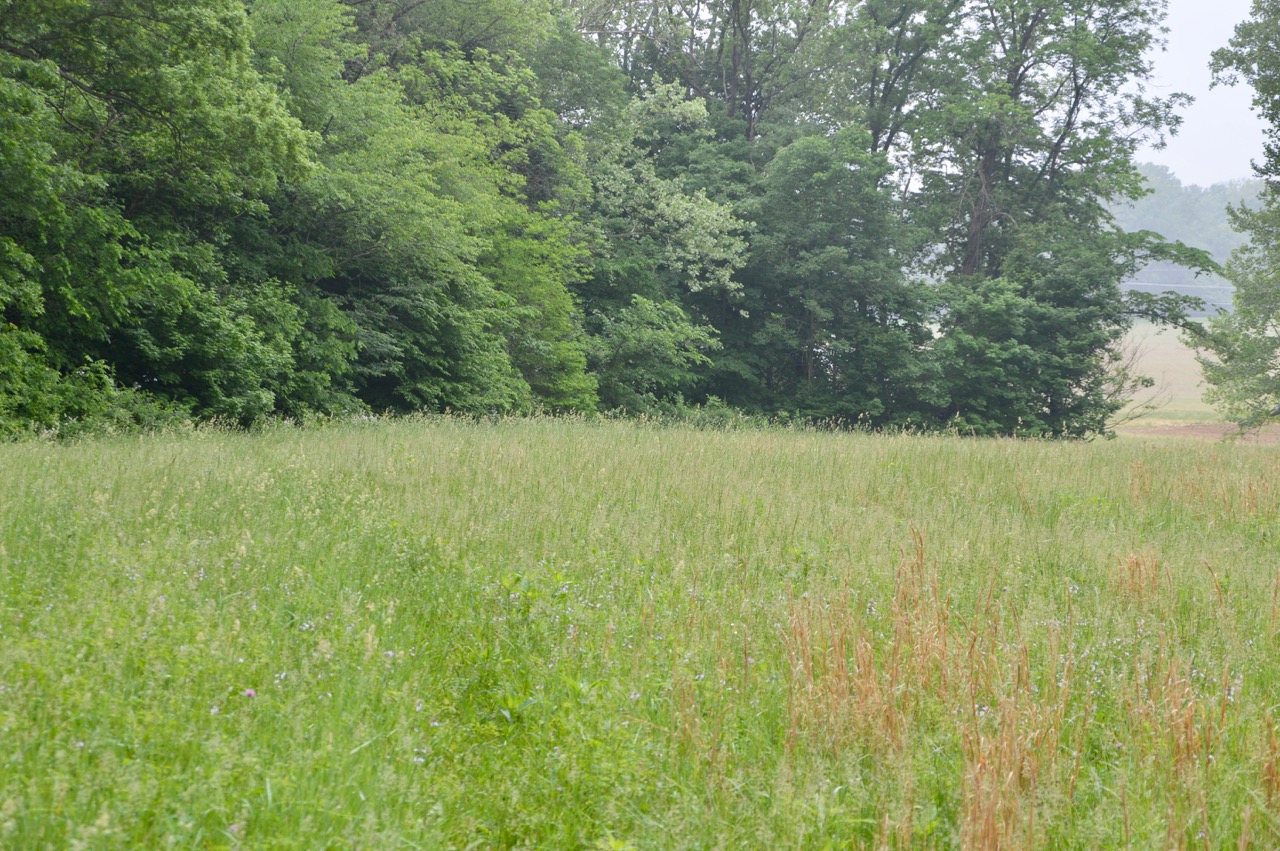 And Sadie was nowhere to be seen. I cannot remember anytime in the past 10 years that has happened with her. 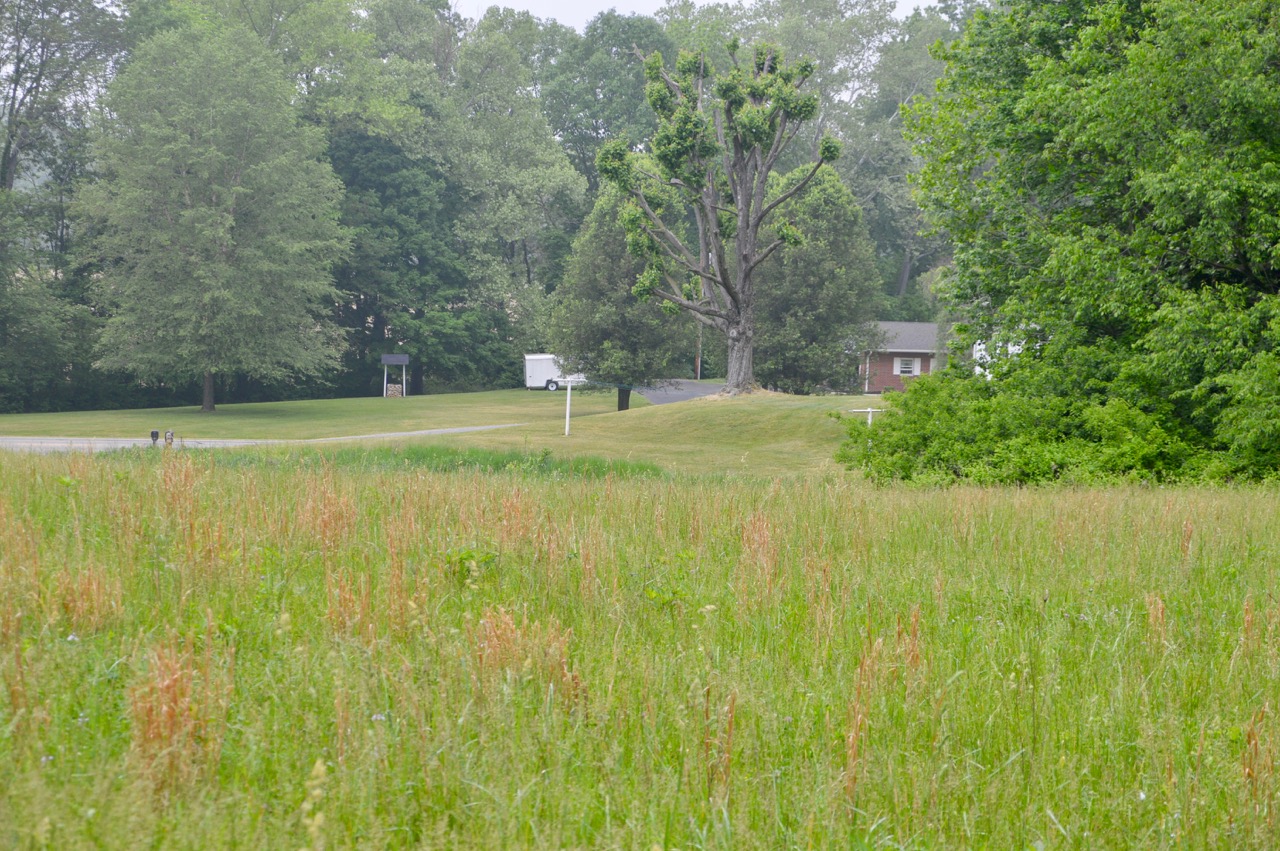 I took a glance where I last saw Stella walk and she had disappeared down the slight incline to where I could not see her. It looked like I would be making this walk alone today ... so I picked up my pace and took off. 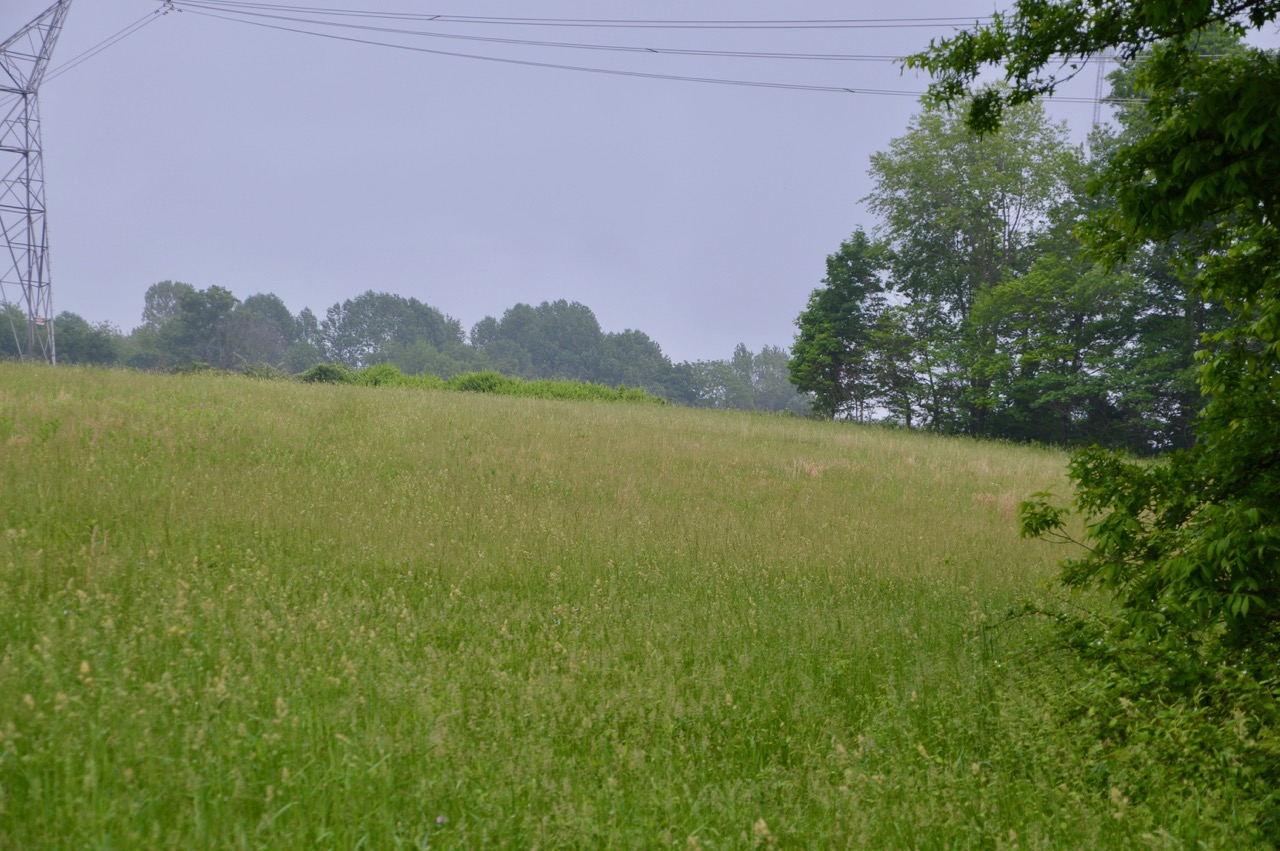 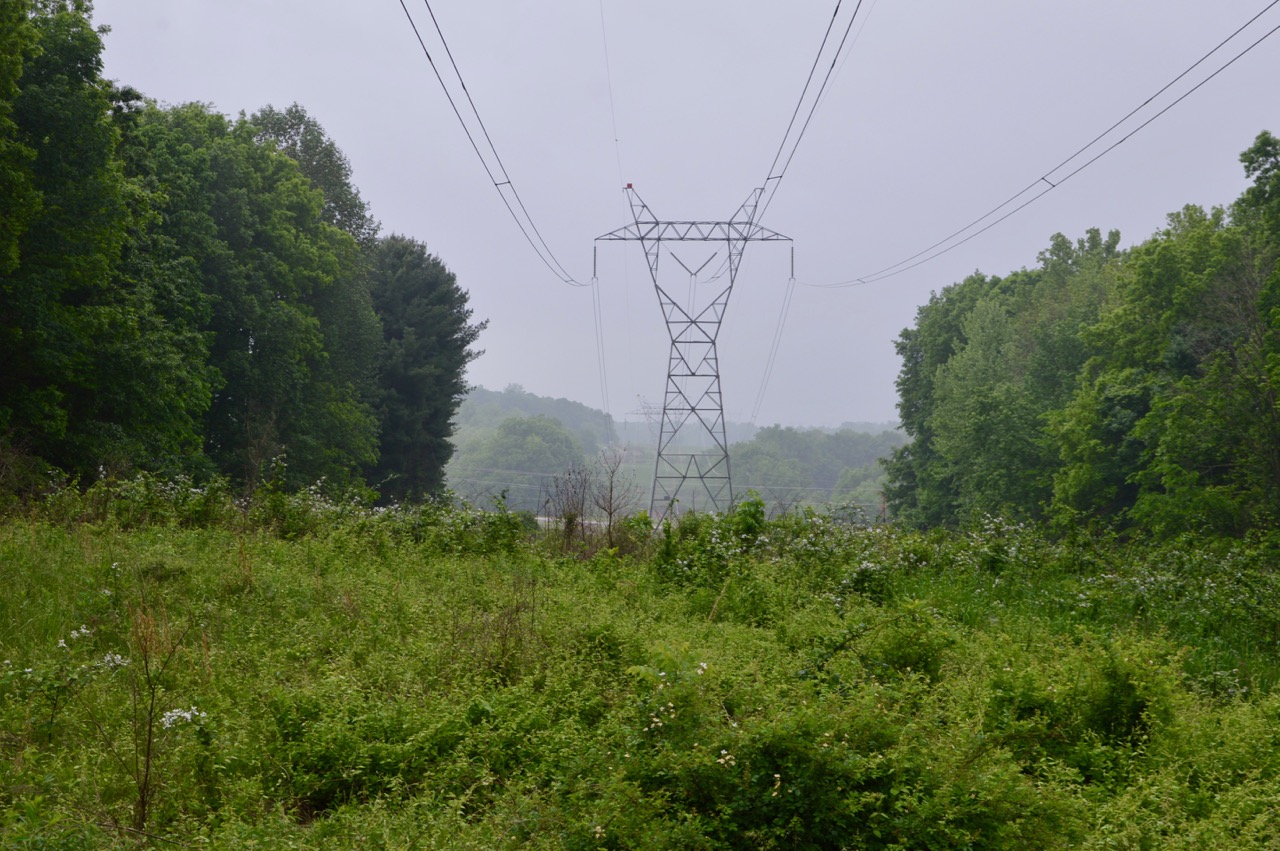 This gives you a pretty good idea what the weather was like this morning. Rain all around us but not here. Believe it or not, it was not hot yet nor was it humid ... the picture looks as if it would be. 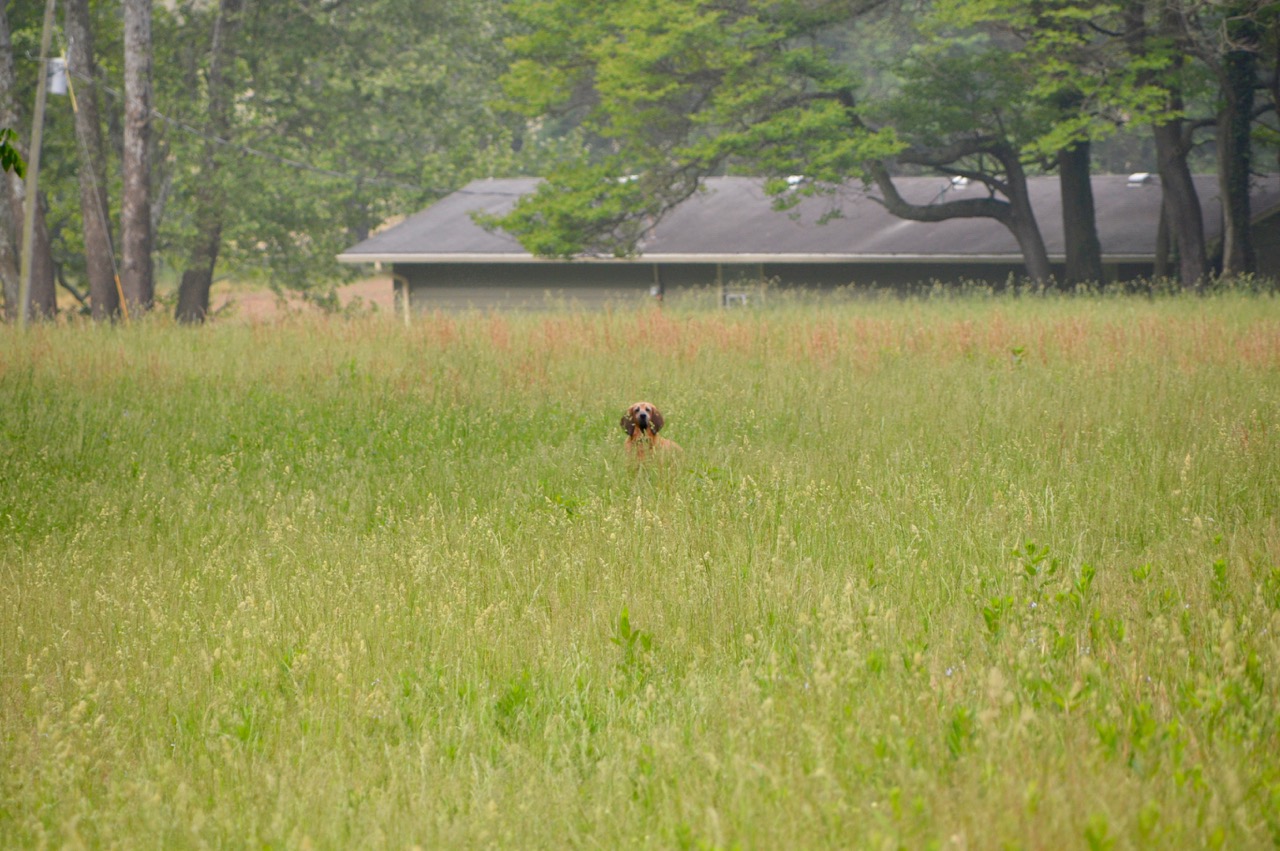 As I was on my way back on the return path I saw Sadie up ahead staring at me. Once I yelled her name, she came running at me in a high speed sprint. 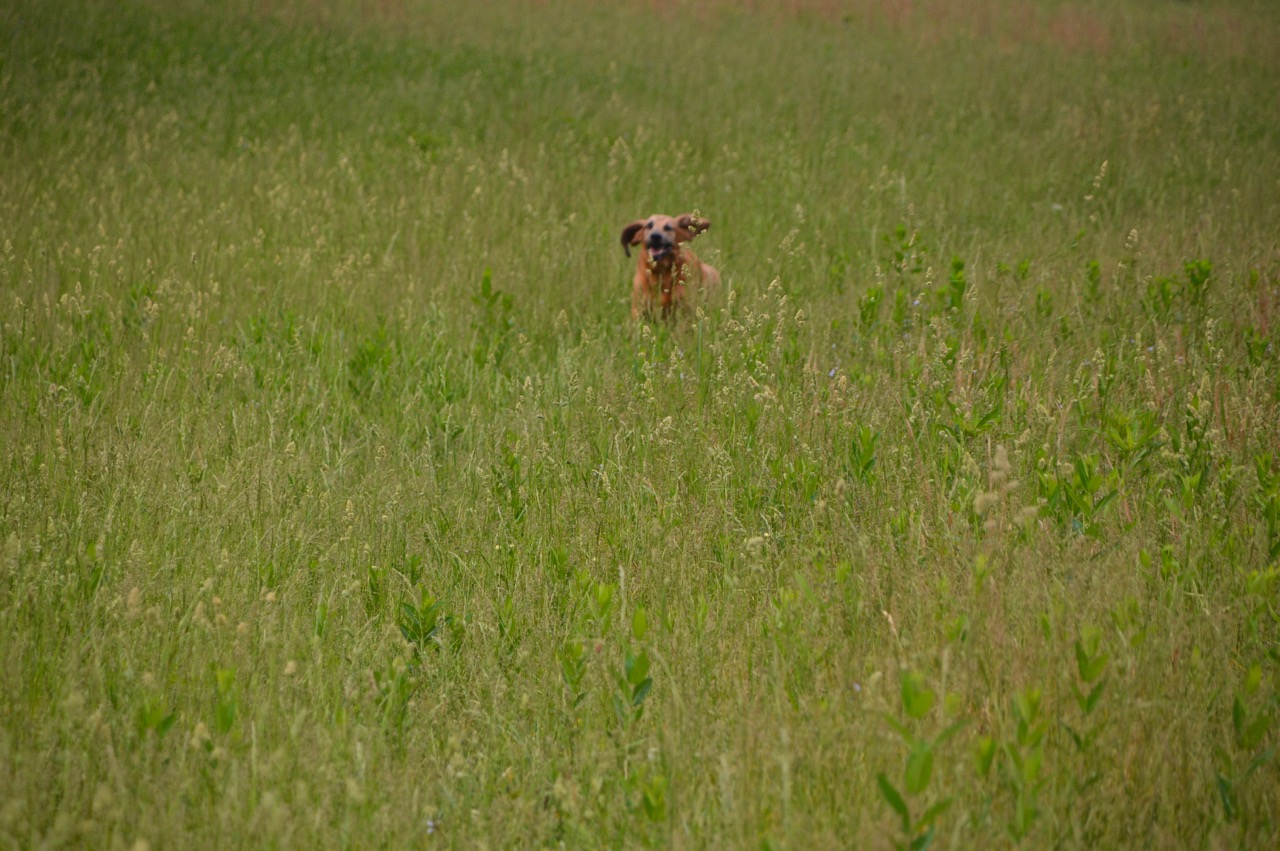 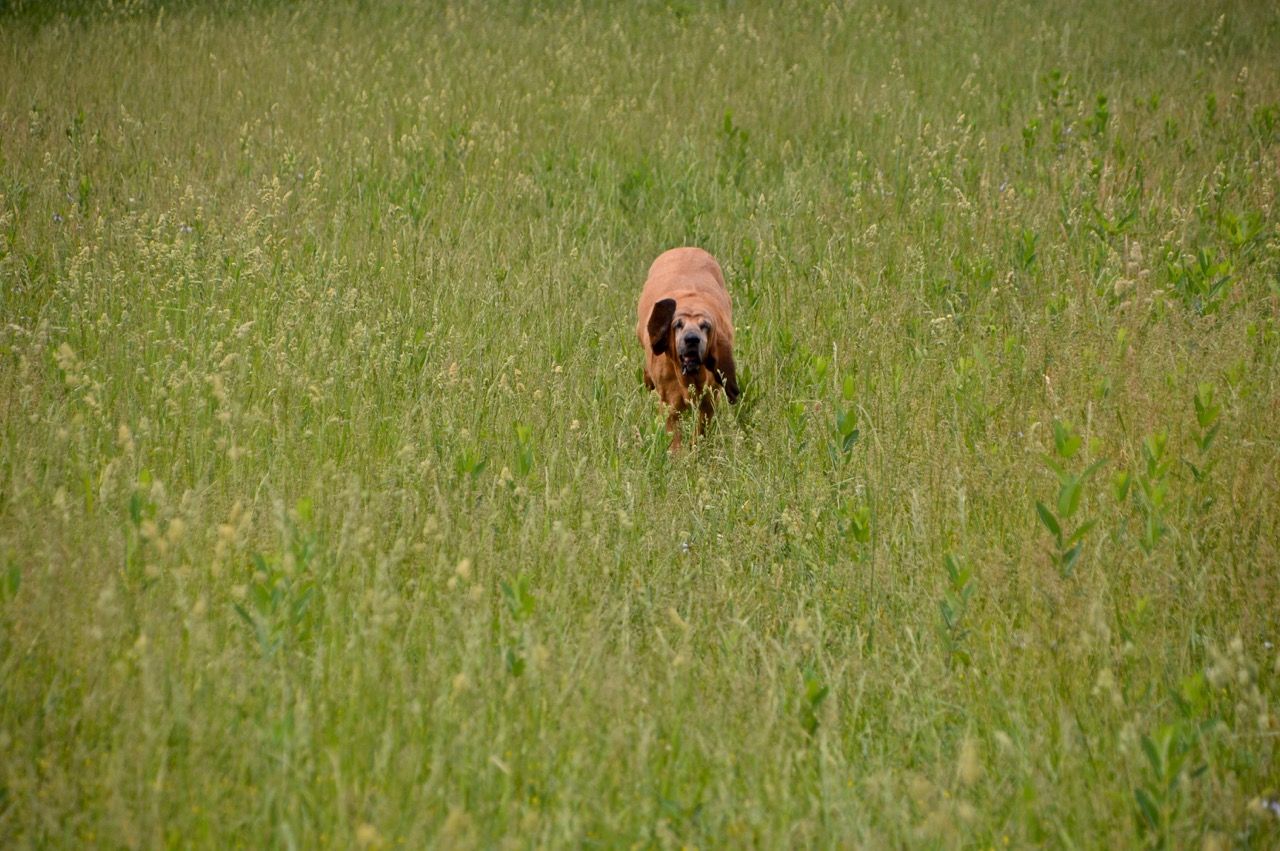 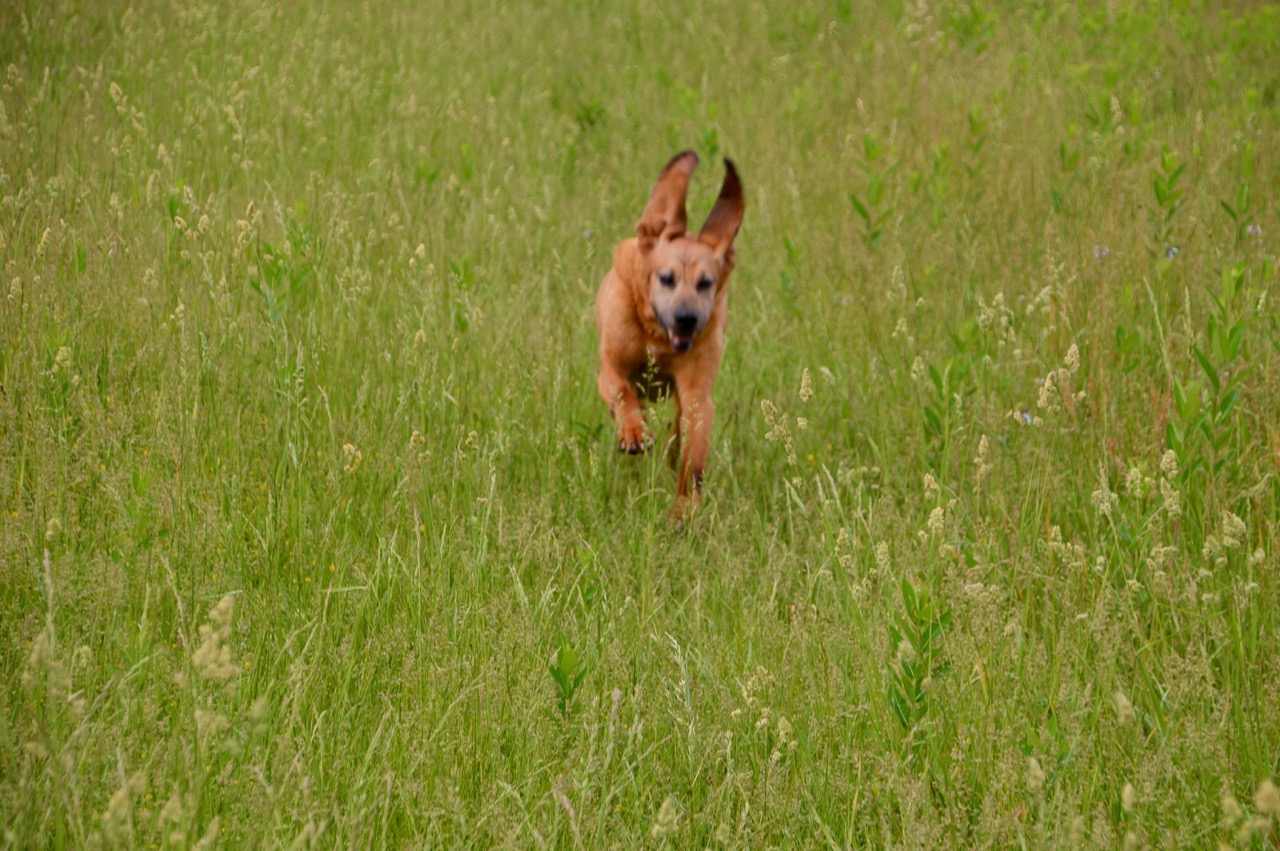 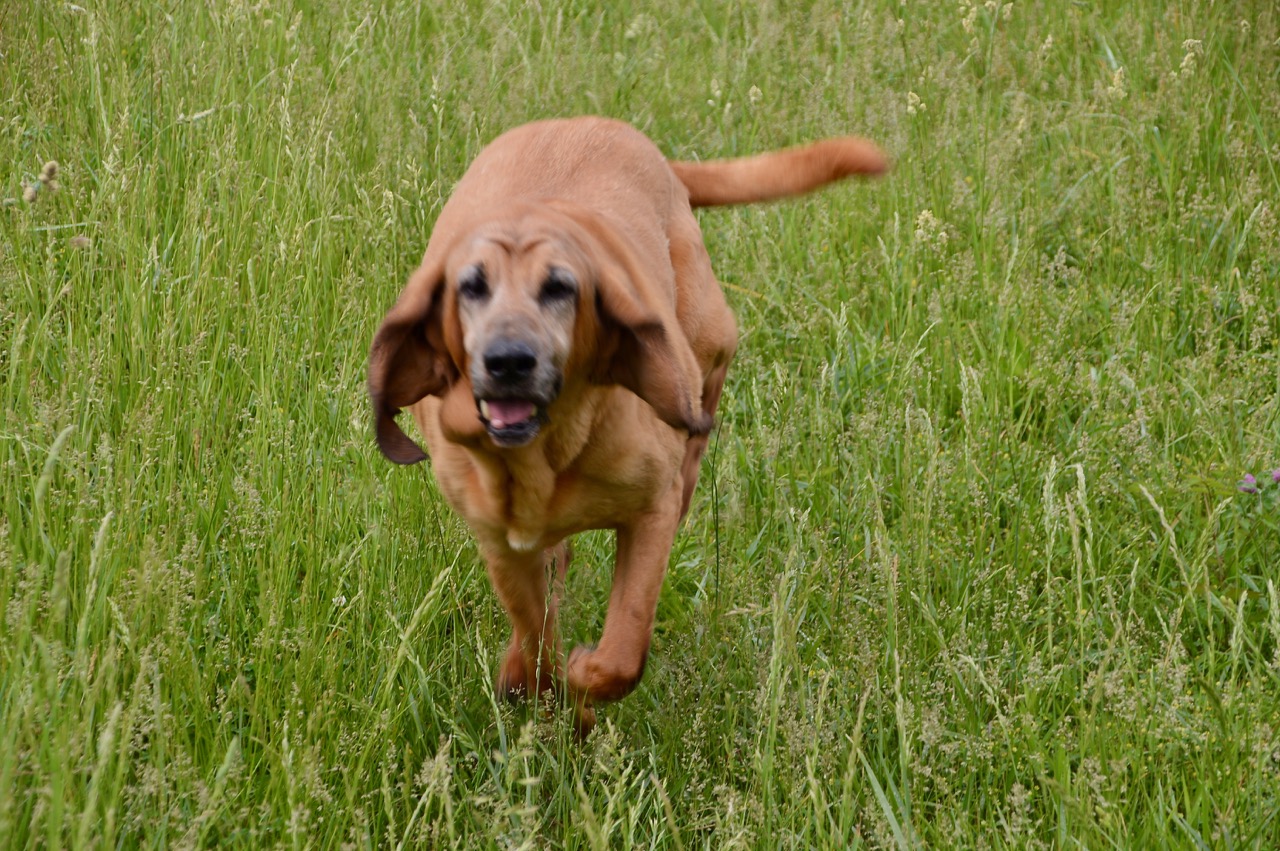 She slows down just enough to run into my knee to let me know she is back on our path. 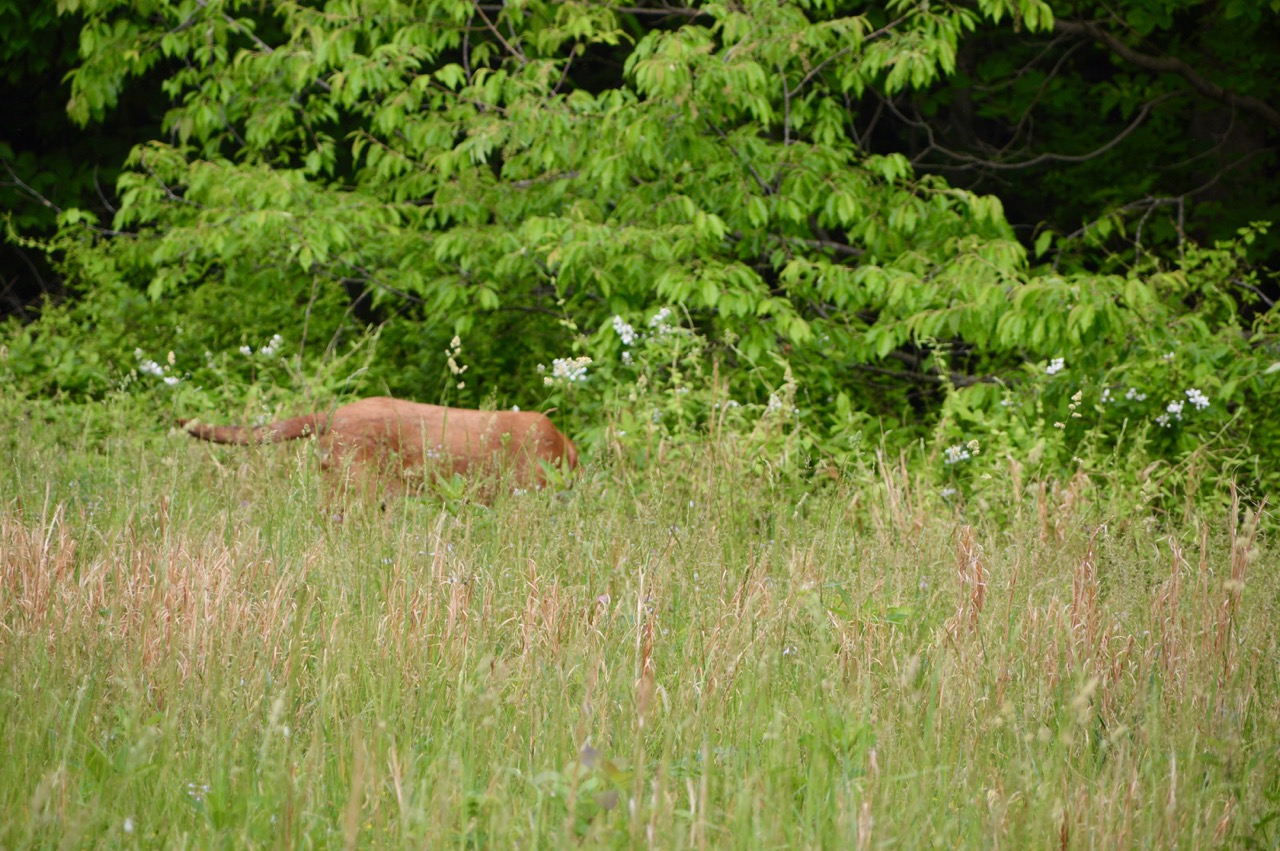 Stella was going to be an easy rescue as I saw her walking the edge of the neighbor's woods, in plain sight and with the help of Sadie, we could get her walking in our direction toward home. 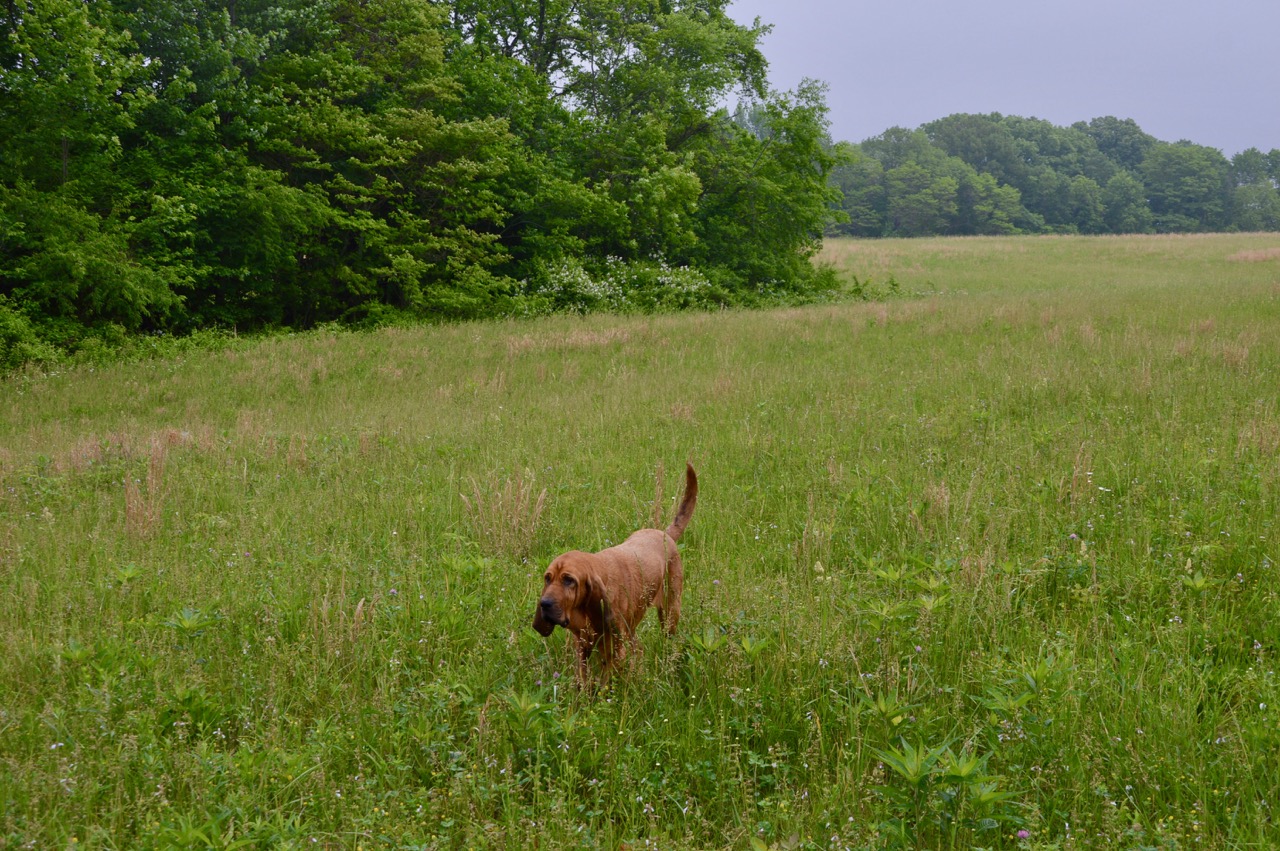 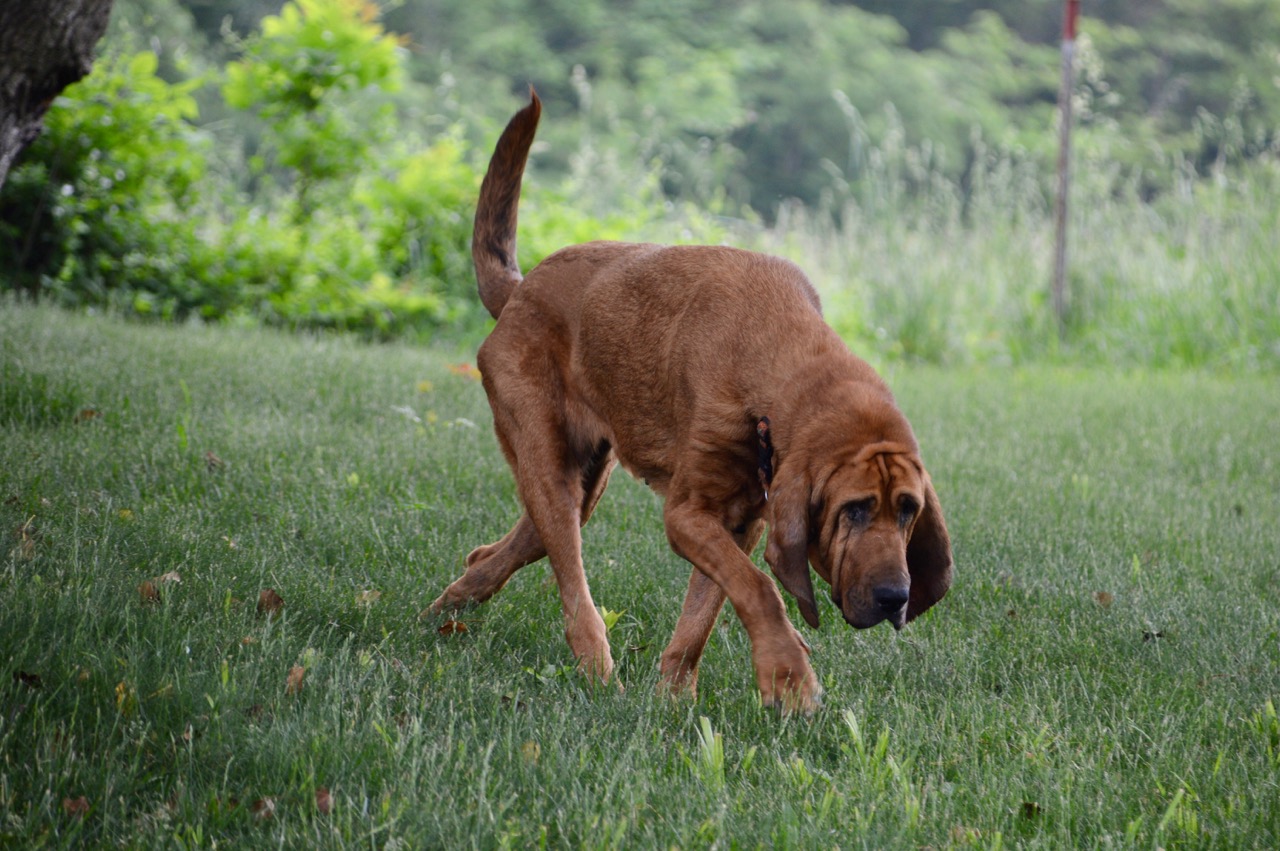 Stella took her time inspecting the yard ... letting me know it might have been only four days ago but it was time to mow the yard again. While the hounds rested outside I pulled the mower out, filled it with gas and luckily got it mowed before the light rains came. 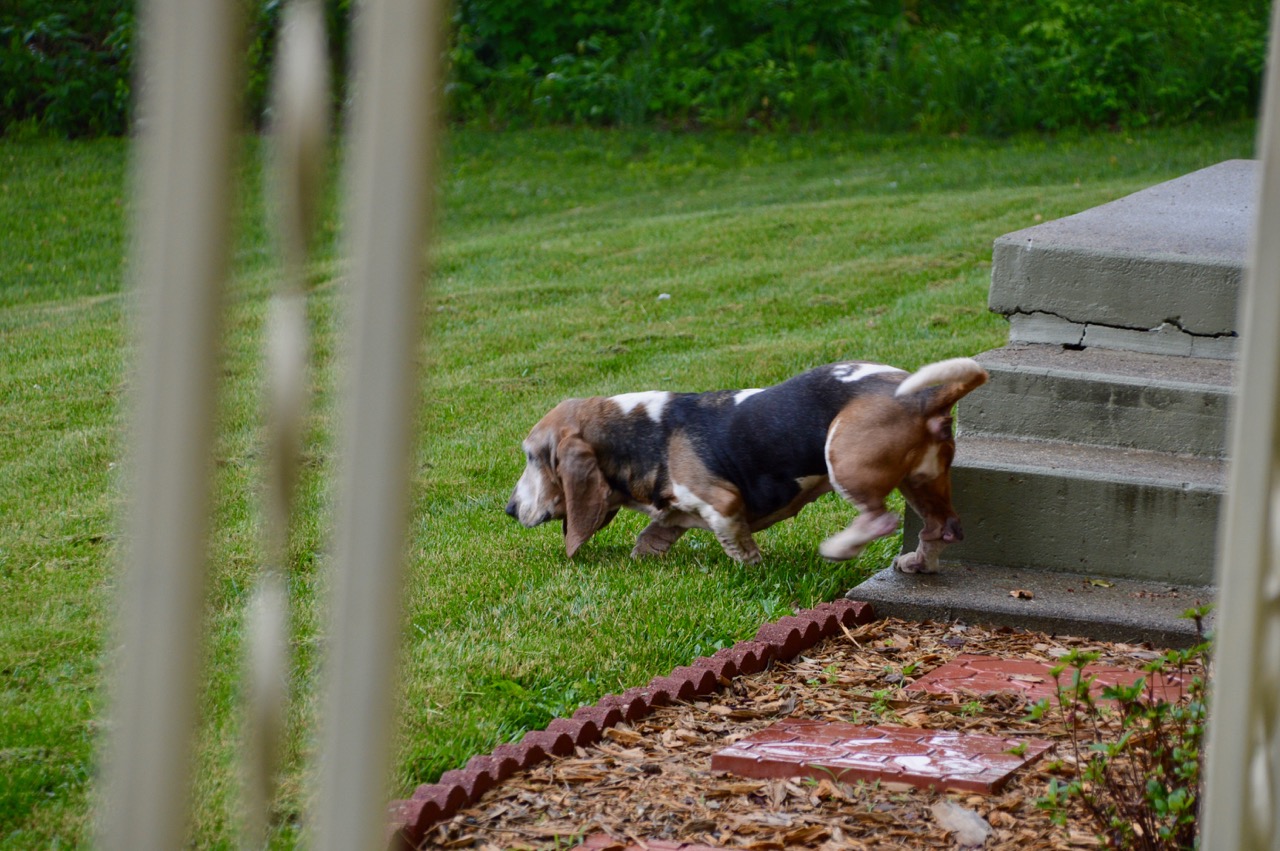 Lunch was served at the normal time. Heidi woke up from a very deep sleep on the couch, as did Stella behind my office chair and Sadie had passed out in front of a floor fan. It was not raining hard but Heidi walked along the side of the house on the dry mulch before making a right hand turn into the yard. 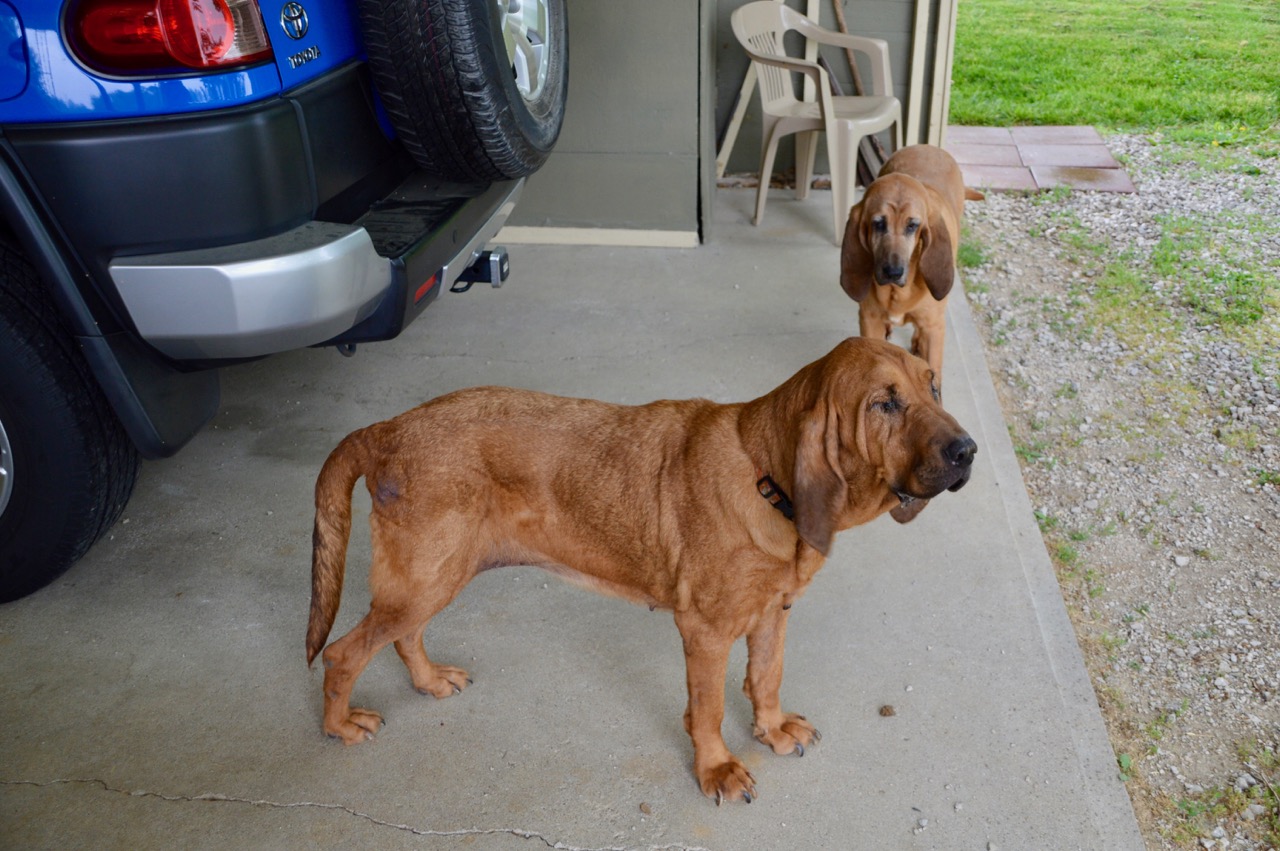 Sadie and Stella had other ideas ... they were not going anywhere with it raining lightly or otherwise. 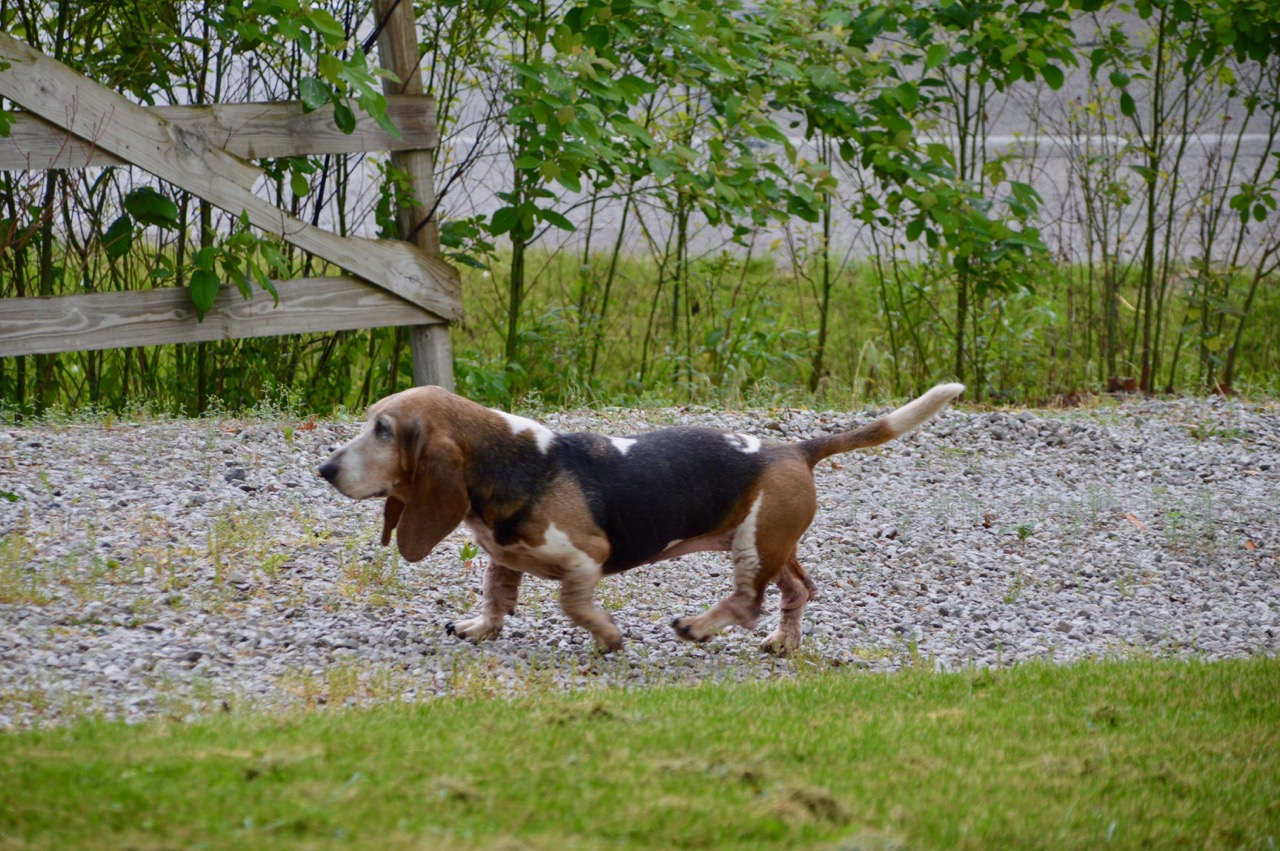 By the time I could bring my camera into position Heidi had sprinted from the middle of the yard to the driveway ... then walked as slow as she could up the drive. Obviously she was inspecting the weed eating I did along the fence line. Yes, I could spray with weeds with weed killer and be done with it but that isn't good for the hounds in my book. So I'll continue to cut all weeds as close to the ground as possible and let the sunshine kill them. 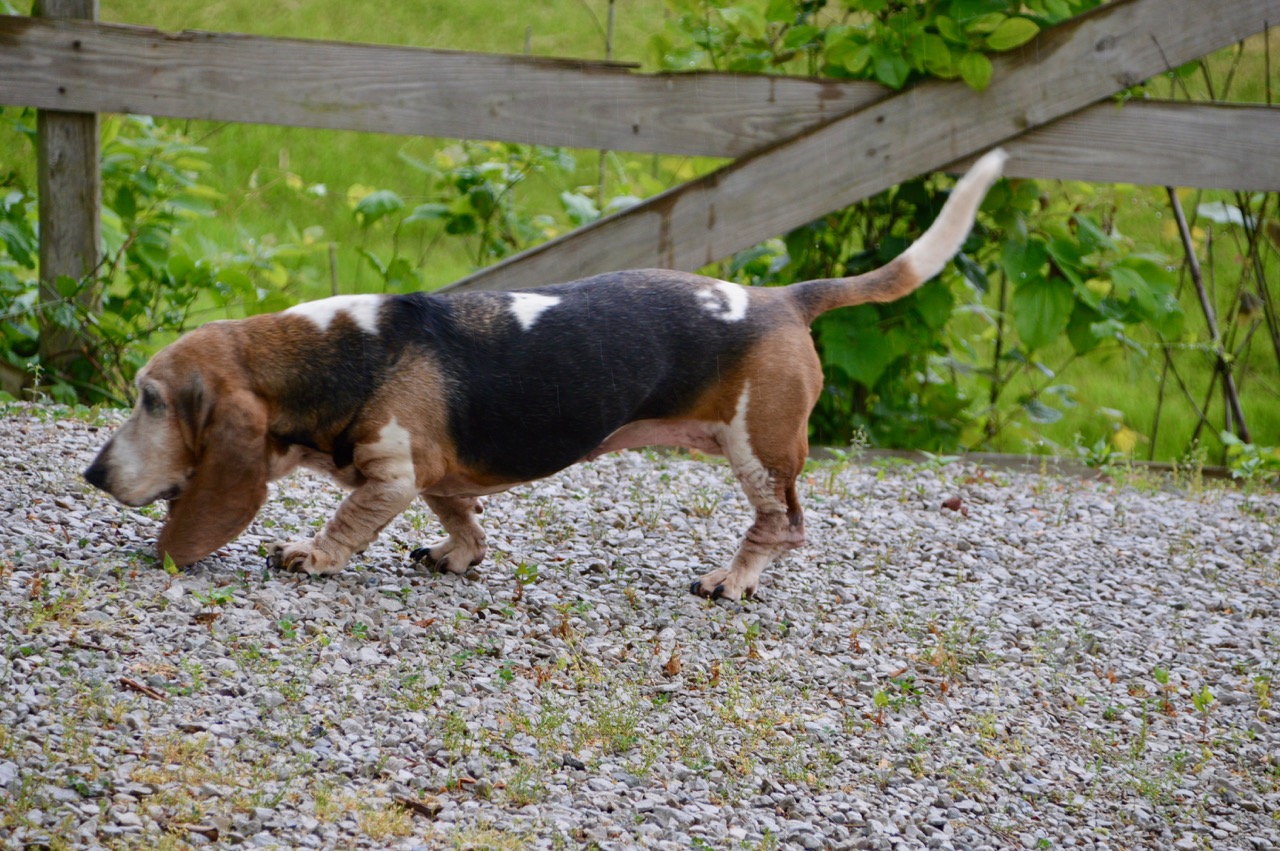 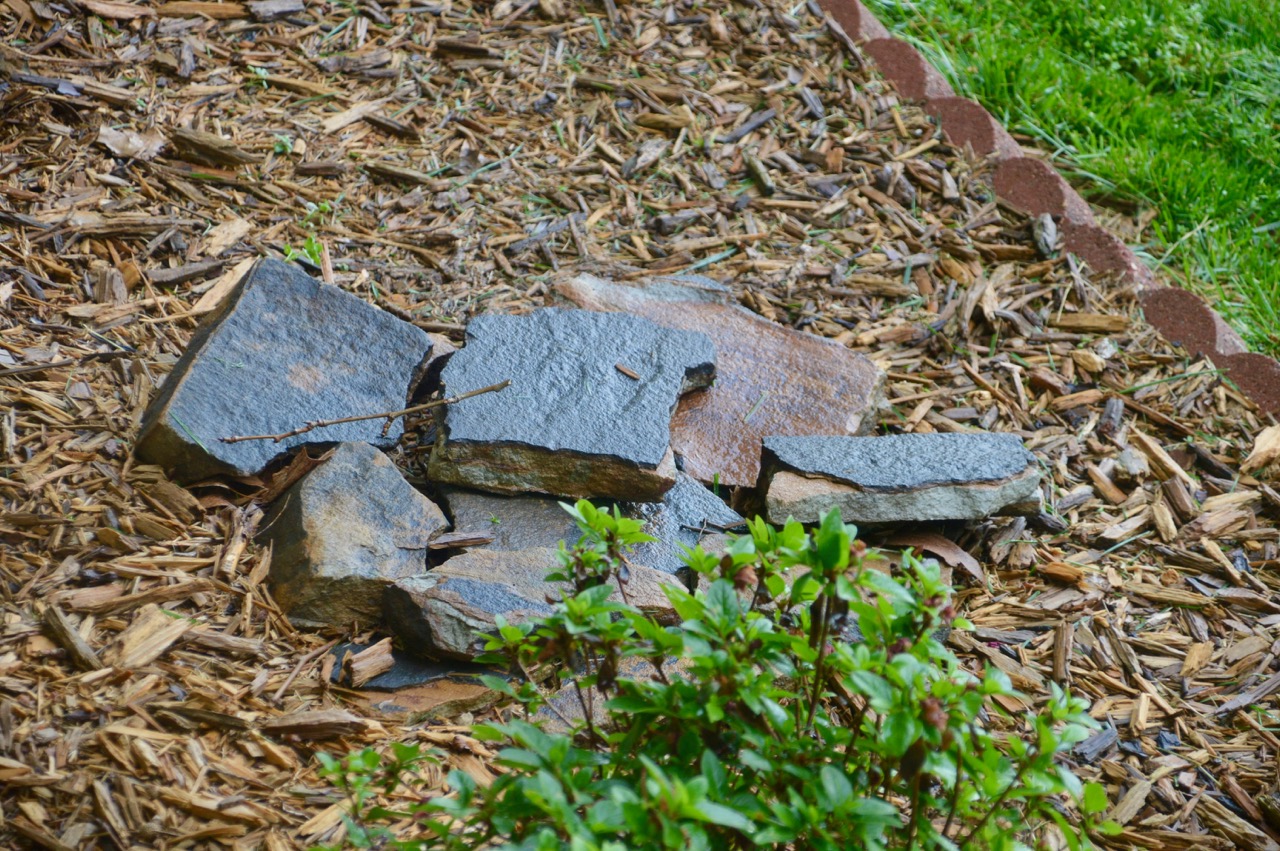 An hour later there was still a light rain, hard enough for cars to use their windshield wipers while driving on the highway but not heavy enough to drench the azaleas.

I spent the day in front of the tv and am still not finished. While I watched the first game of the Reds doubleheader, the hounds slept in their normal positions. Then I tuned into the Indy500 Qualifications until 5:45pm ... headed the hounds out for their afternoon walk while I waited for The Preakness post time at 6:48pm, which will put me back in time for some dinner and Game 2 of the Reds / Cubs Doubleheader tonight at 6:30pm.

It was a good plan to mow the yard before the rain. It needed some rain and I was able to cut it before it would grow taller with some rain.

Life is rough being retired in 'the tropics' of Southern Indiana.
at May 19, 2018
Email ThisBlogThis!Share to TwitterShare to FacebookShare to Pinterest
Labels: Indy500 Qualifications, Light Rain, Reds Baseball, Sadie Sprints, Saturday Weather, Solo Walk, The Preakness