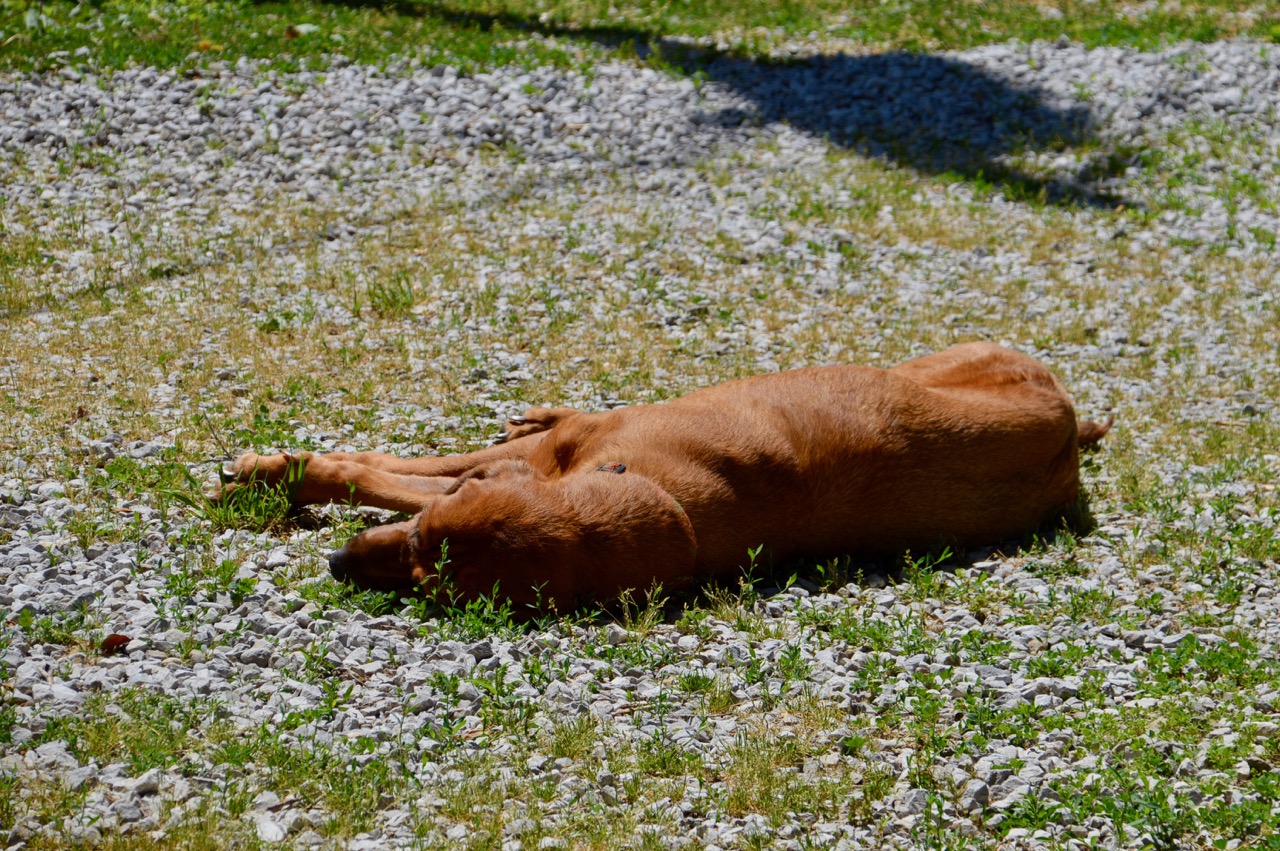 As the temperatures get hotter every afternoon this week, our routine didn't change much. Fewer photos were taken and there was less interesting things to write about. I continue to be on the fence on deciding a few things. So here are a few photos from the last few days that I didn't blog. 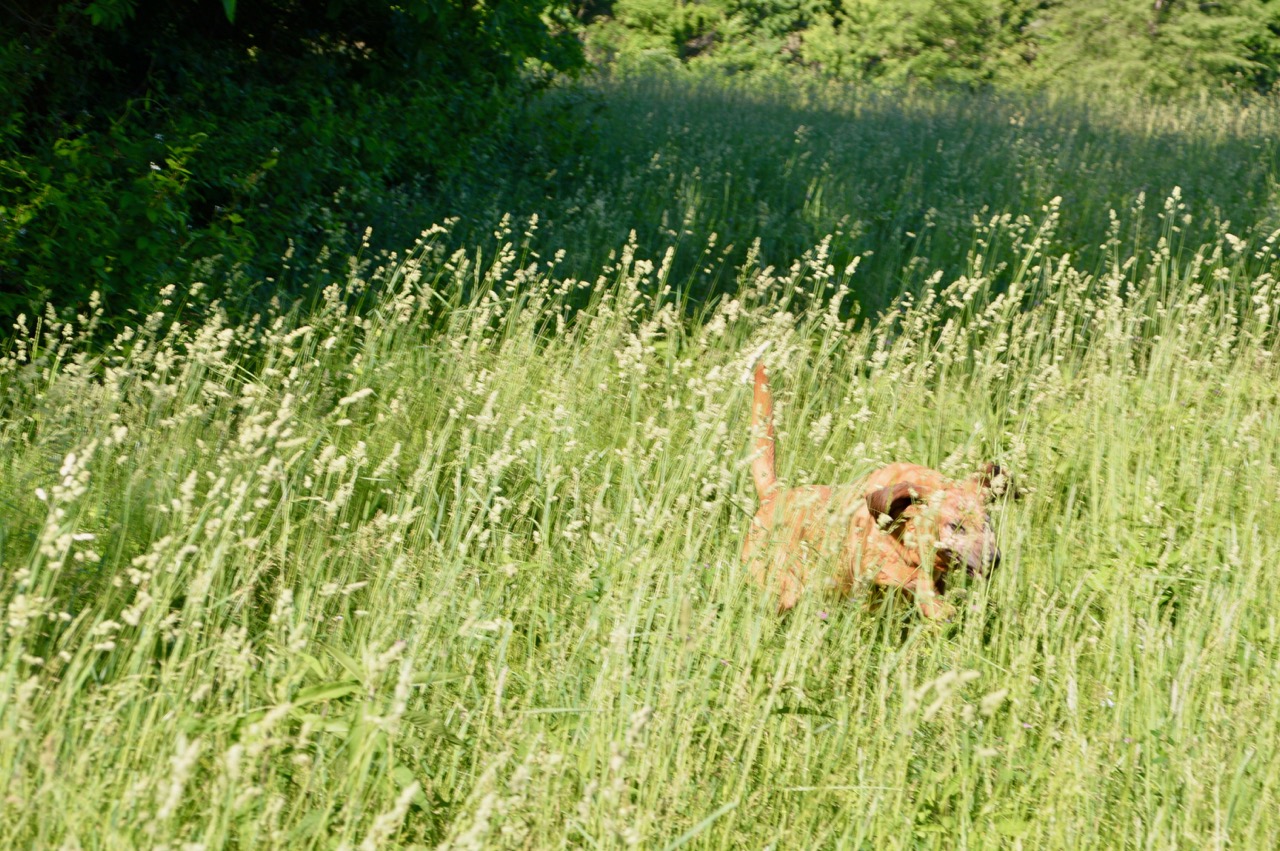 Every day after her lunch Stella likes to take a 30 minute nap in the sun. Heidi sprints back inside as soon as she relieves herself and Sadie roams the field. While Stella wanders the field during the morning walks, Sadie will get her running in as the grass gets taller and taller all over the field. 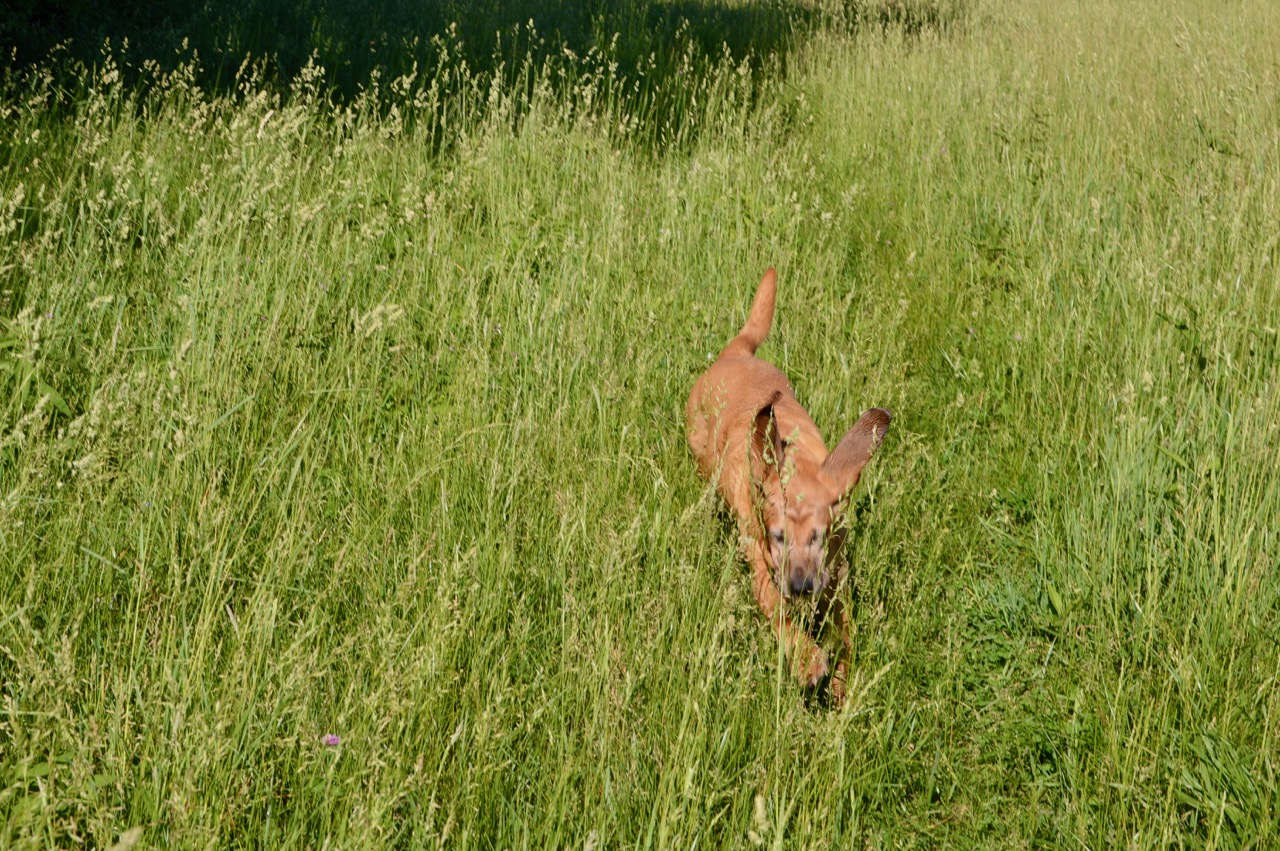 Each time Sadie finds Stella over by the neighbors house. I've been letting her do what she wants since our last post here. I have been basically lazy and haven't done anything besides two walks per day, nibble food during the day only when I feel hungry, without fixing what you would call a meal. Then every night I watch Reds baseball on tv and while the hounds sleep. 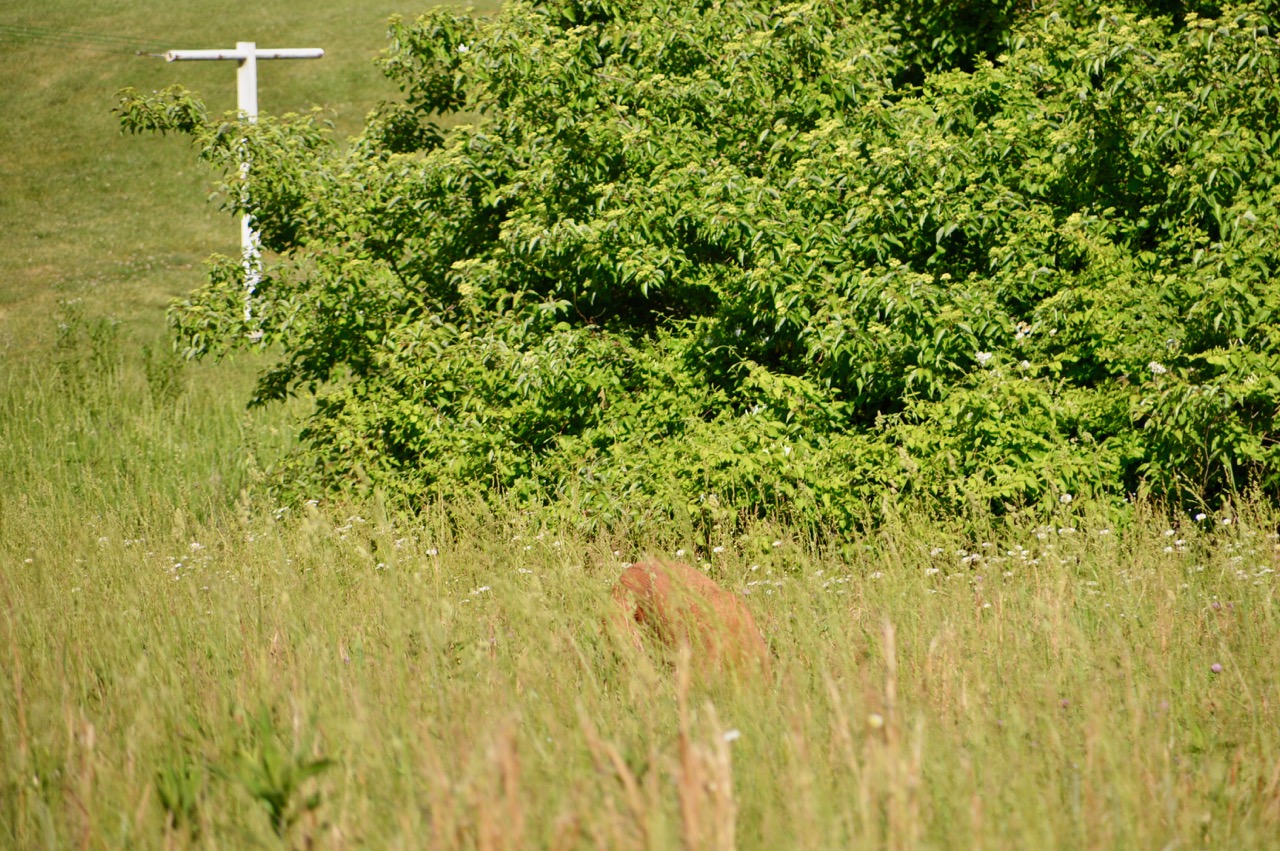 With my food supply very low it was time to find some groceries and the perfect time to get serious about what kind of food I was going to start eating. I went back to logging all my food intake on Cronometer.com It will break each food down into the micro nutrients and track your protein, fat, carbs and calories plus all the vitamins and minerals. If you click on one of those topics, it will list from the highest to the lowest food in that category. I can see now why my weight was starting to creep upward while I ate less food before this recent change. 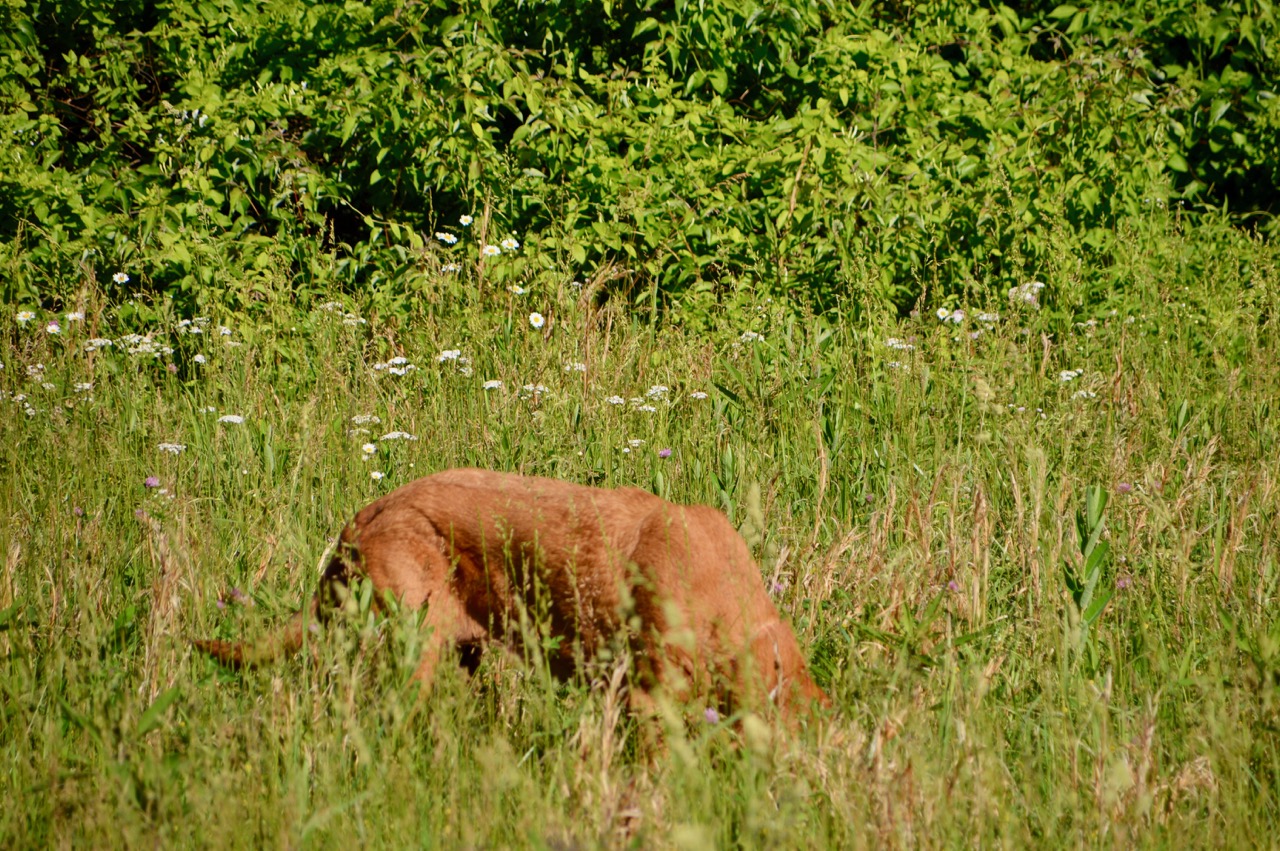 So far I am losing a pound per day after three days. Most likely that is just water weight. I can make it from breakfast to the time I go to bed without feeling hungry. Basically no grains, no pasta, no beans, a few nuts or seeds and dairy is allowed but not much because that kills your required low carbs count. 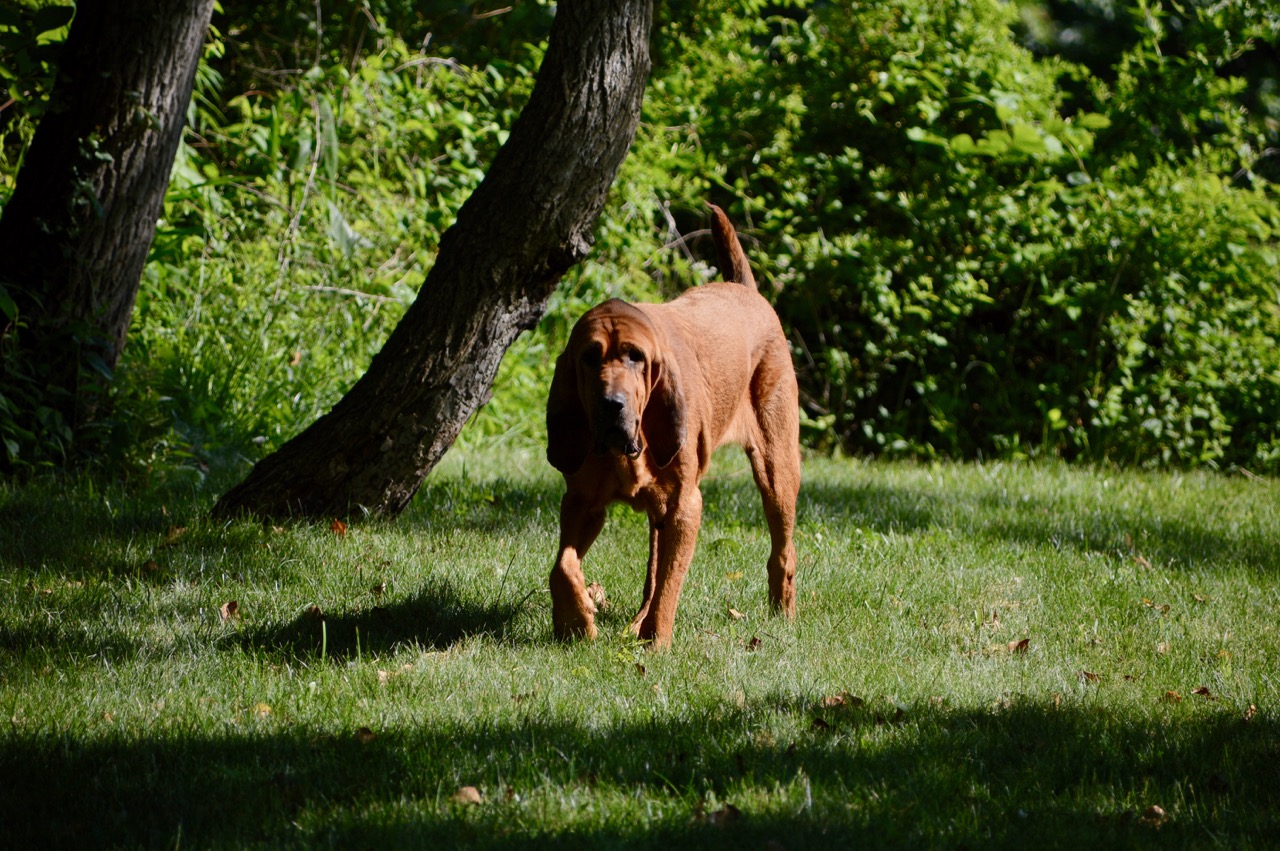 On the Friday morning walk I didn't see Stella anywhere on the horizon and she wasn't near the edge of the woods behind the neighbor's house. So I told Sadie "go find Stella" and she took off with her head in the air as high as she could get it. 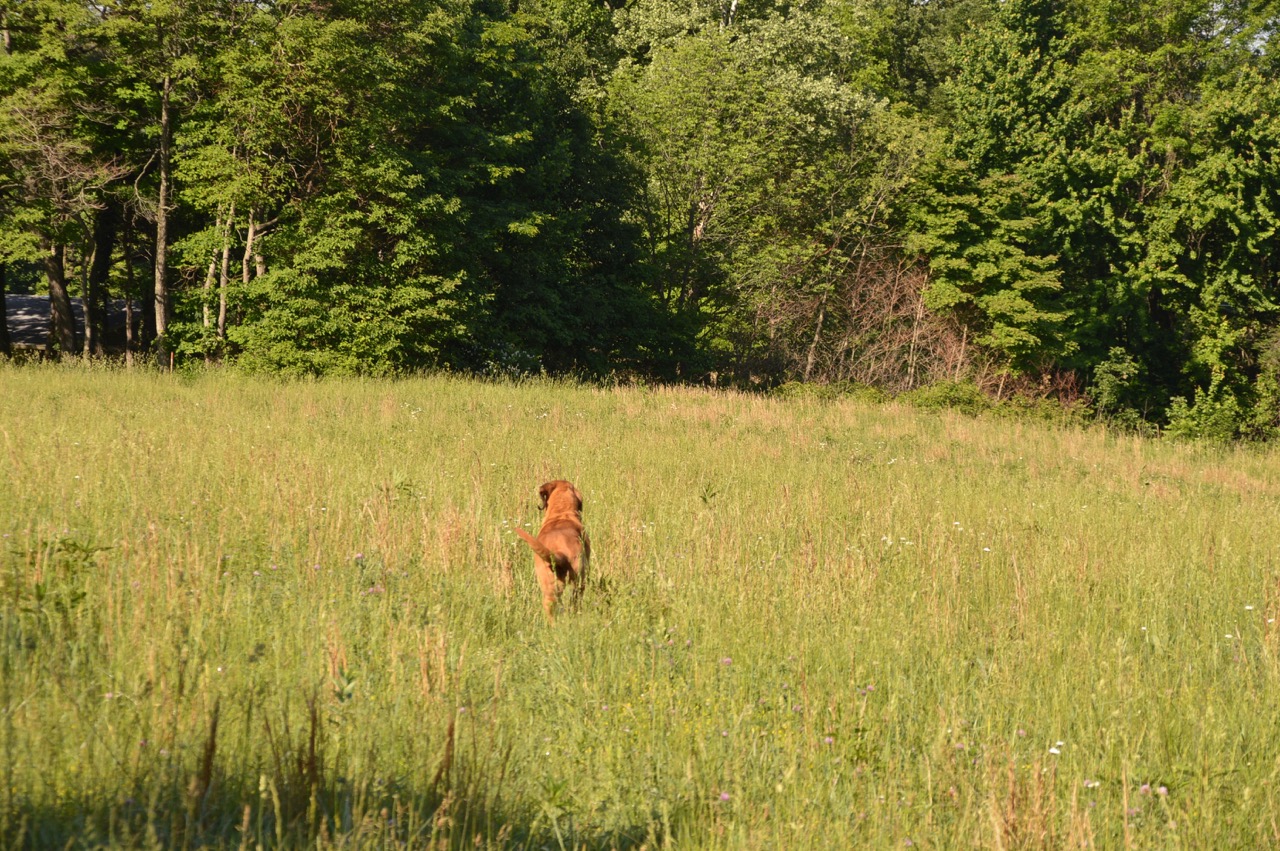 She stopped once looking in all directions, then moved left toward the last place I saw Stella. About the time I started walking that direct she turned completely around and started running toward the neighbor's backyard. 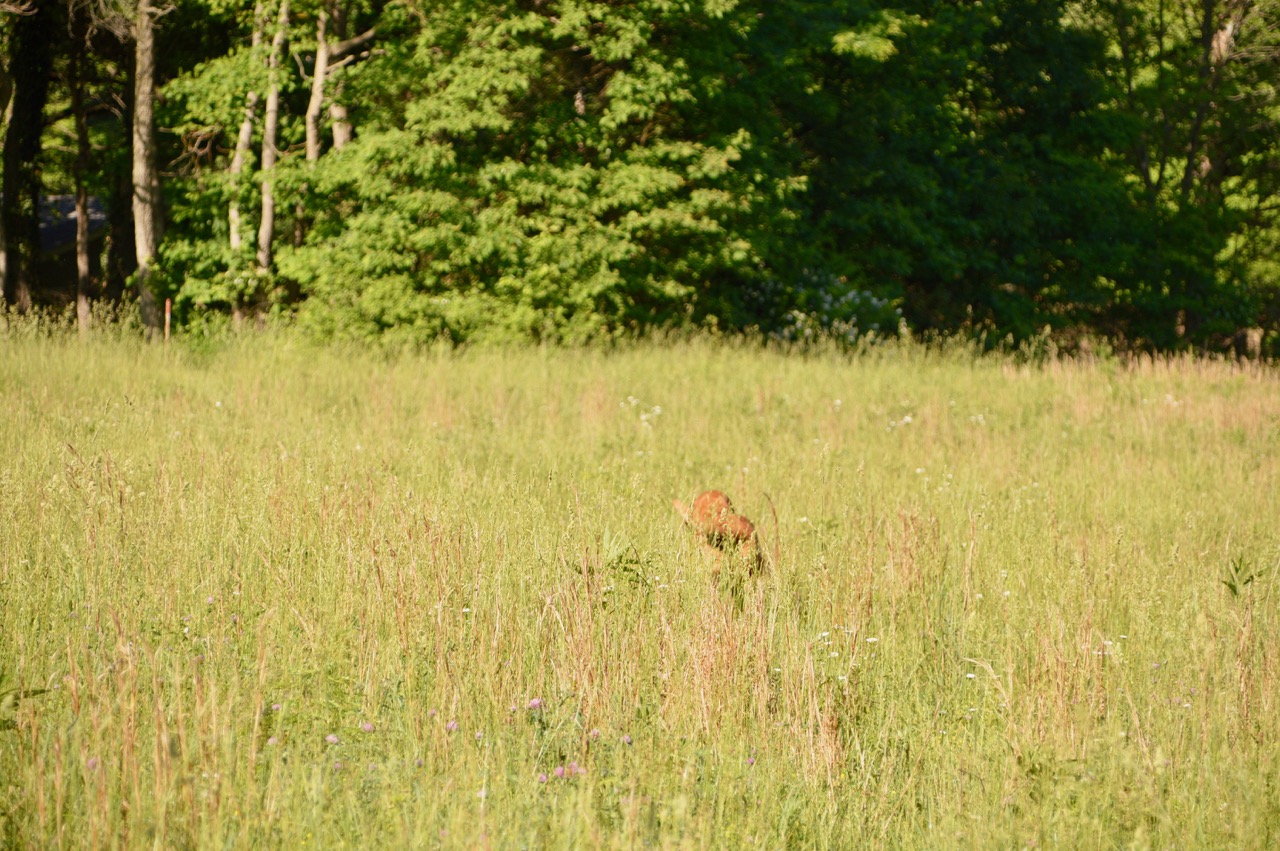 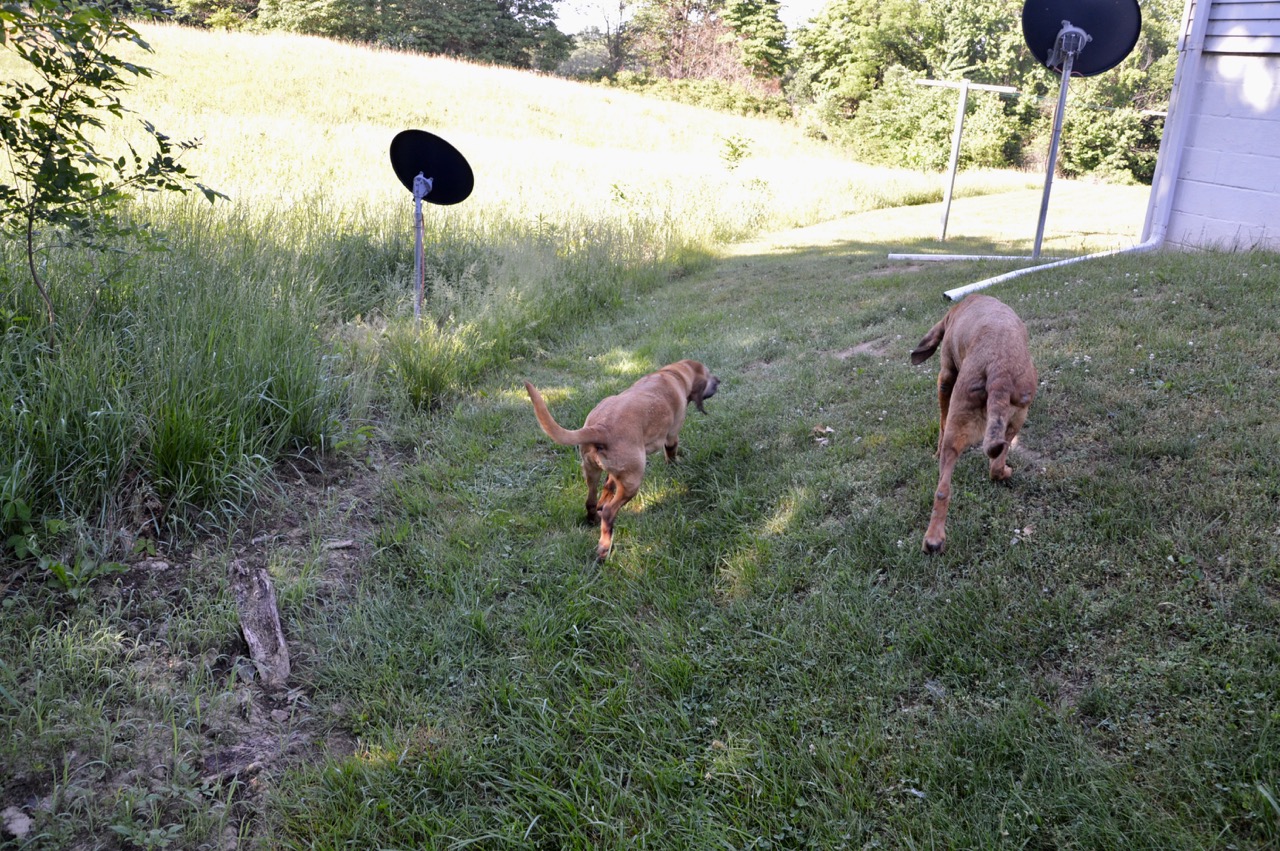 Sure enough, there was Stella right next to the woods in their yard where they throw food scraps out for the field cat. Stella was scarfing down food as fast as she could. I couldn't take any photos of that because I was trying to get to her as fast as I could. That included jumping over their small drainage ditch that goes along the edge of the yard.

Sadie headed her back in the direction of the house ... the afternoon walk I had Stella on the retractable leash to keep her near us. 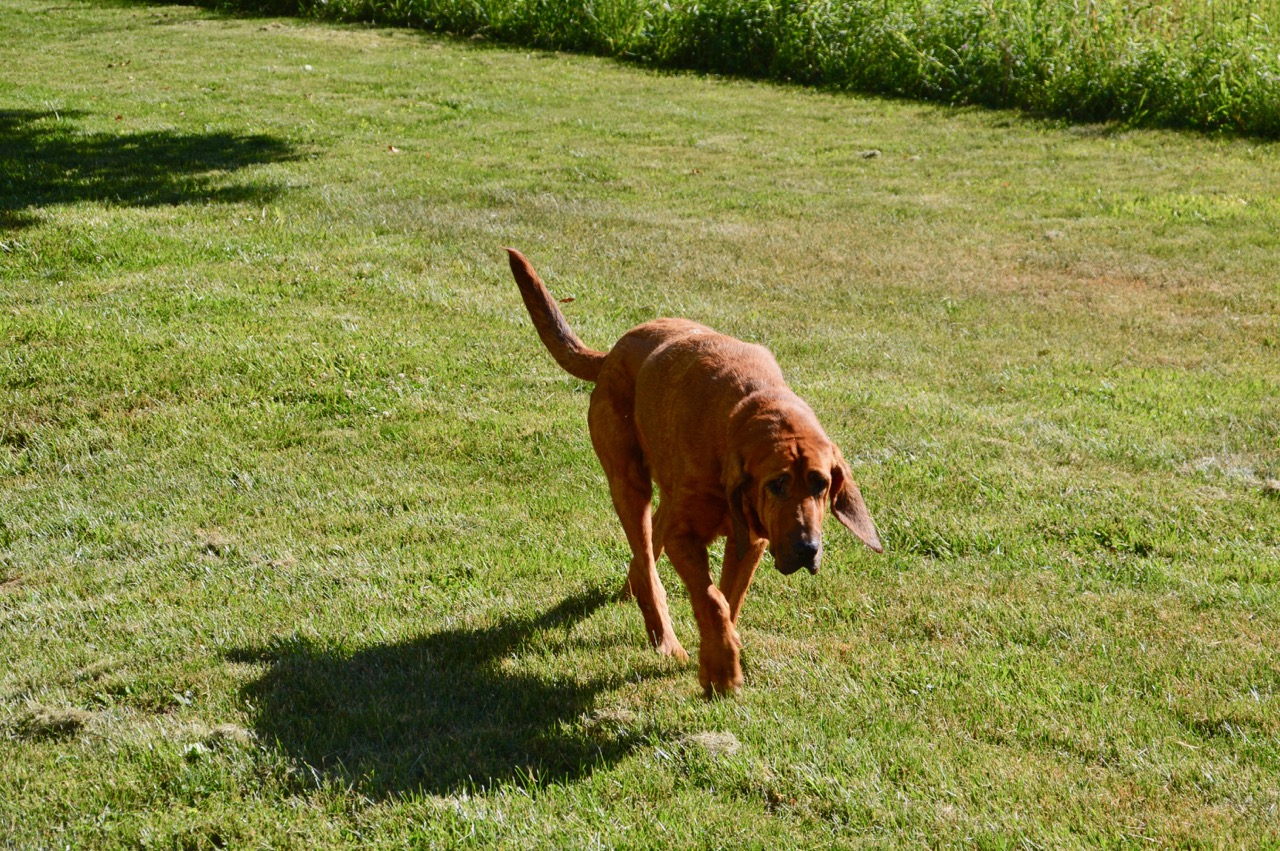 I still have a Twitter account which I will keep. I use it as a reader mostly for all my sports teams. I do follow James Woods, the actor, because he comes up with some great stuff to remind people just what the truth is in this time of constant manipulated information.

For some reason the Z4 has not left the carport for the past three days. I had a big workout mowing the yard on Thursday afternoon late. It was hotter than I had planned on and 52 minutes later I finished and then stood in front of a fan to cool off as fast as possible. My highest pulse rate during that time was 82% of my max and for the past week my resting pulse rate has averaged 49. I think that shows  have a healthy heart. Now to get rid of some of this gut.

When I put some gas in my FJ the other day it was the highest prices I had paid but was still not higher than prices were in 2013 based on my checkbook register entry that I do on a spreadsheet. I have done that on a spreadsheet since 1997 when Lotus 1.2.3 was the spreadsheet to use.

I did think about starting a blog where I could rant yell and scream about anything that made me mad. Plus I would talk about life in general, ask questions I wonder about at times. I even talked it over with a friend of mine that is also thinking of downsizing his blog activity and social media.

The more I thought about what he said and what I felt, I decided I did not want to have a blog like that. I want my life as simple as possible, the fewest conflicts as possible and computer time online the least amount possible. That might change next winter when it's single digits outside.

I'll be prepared this winter though. That same friend I was talking to me, mailed me a full length Carhartt Coverall that fit me perfectly since I am two inches taller than he is. Last winter at times on the walks I found out that high quality ski underwear and jeans were not enough to stay warm during that half mile walk. The Carhartts should change that drastically.

Sunday will start with the daily hound walk, then back home in front of a tv by 9am for the F1 race at Monaco. After that I will flip over to ABC to watch the Indy500 at noon with the hounds being fed and out for a pre-race pee. I will not watch all of the preliminary pre-race stuff loaded with commercials.

I am thinking of stepping out on the 'thin ice' and expanding the "Other Stuff" part of the blog title and possibly bring some life to this boring blog where no topic will be left behind.

All is good in 'the tropics' of Southern Indiana because I LOVE hot weather.
at May 26, 2018
Email ThisBlogThis!Share to TwitterShare to FacebookShare to Pinterest
Labels: Facebook, Instagram, Sadie Finds Stella, Sadie Running, Stella Naps, Stella Roams, Summer Weather