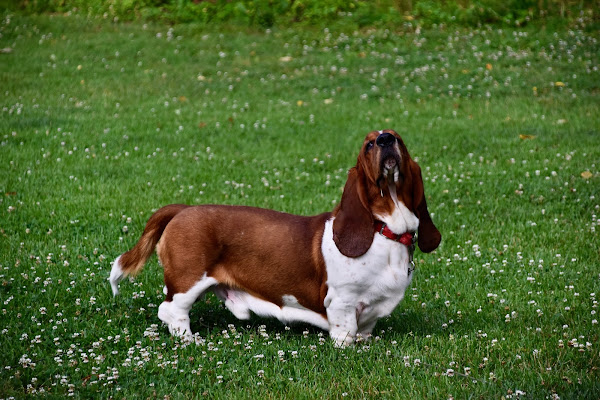 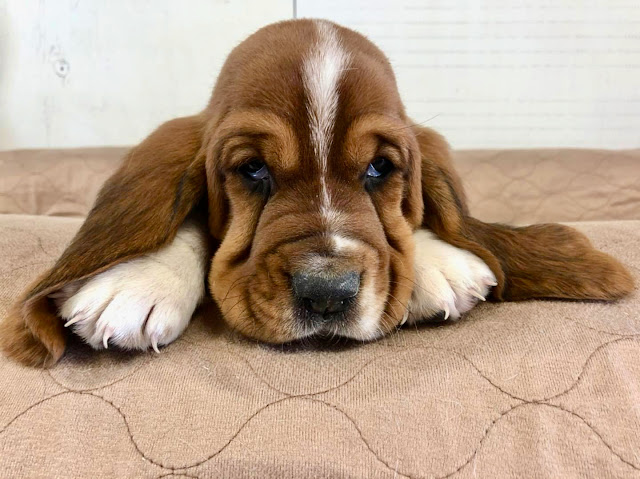 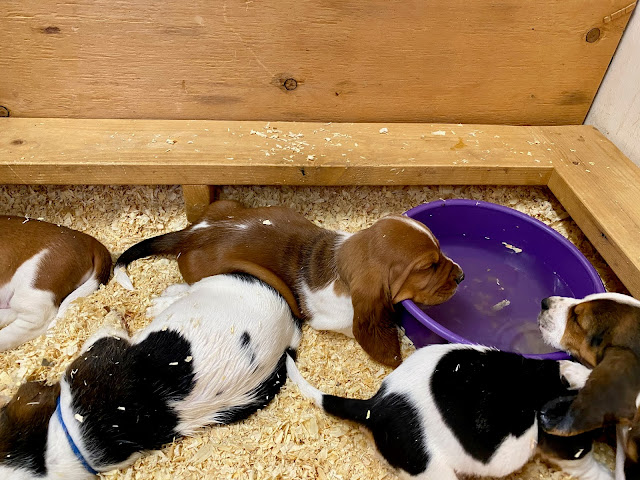 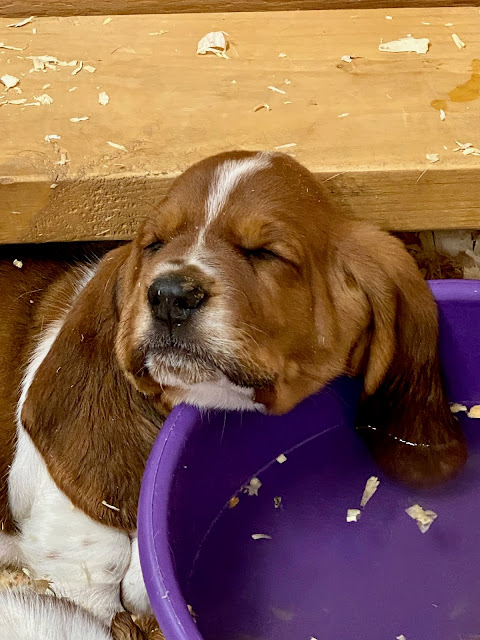 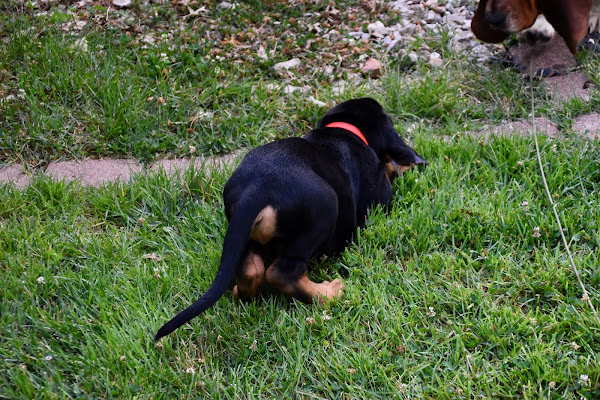 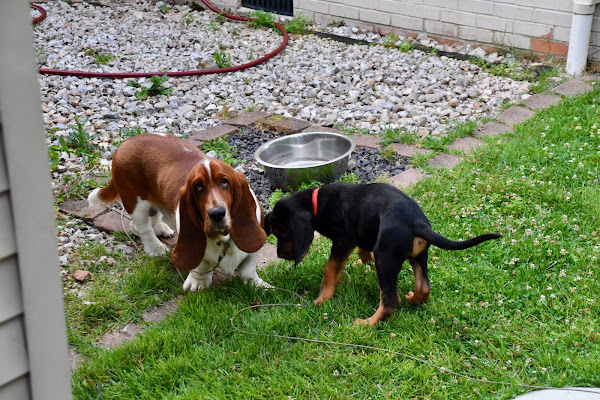 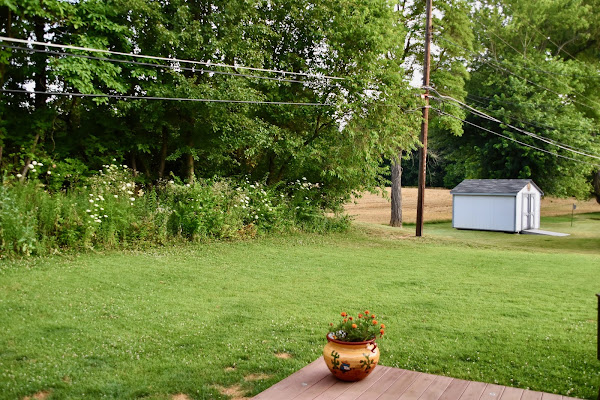 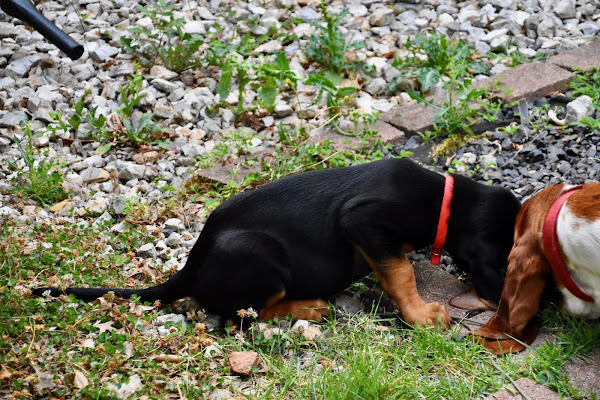 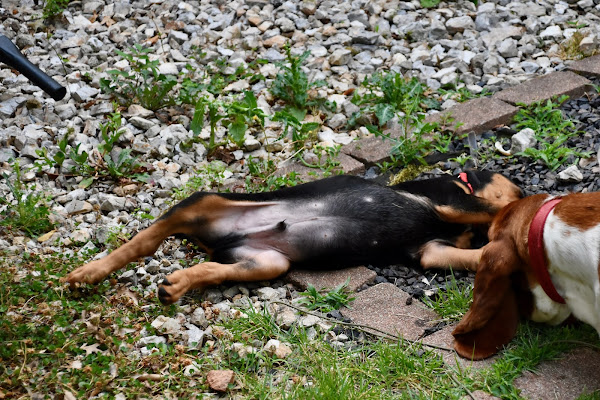 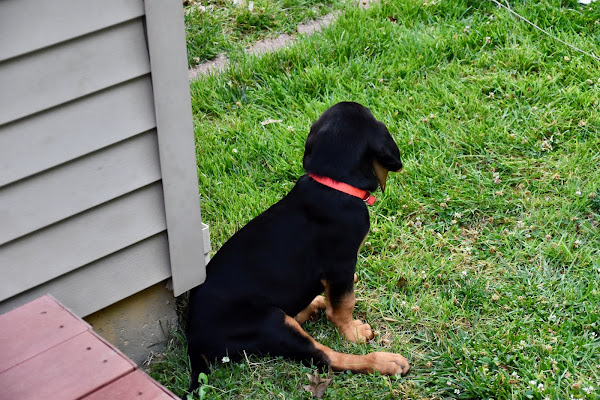 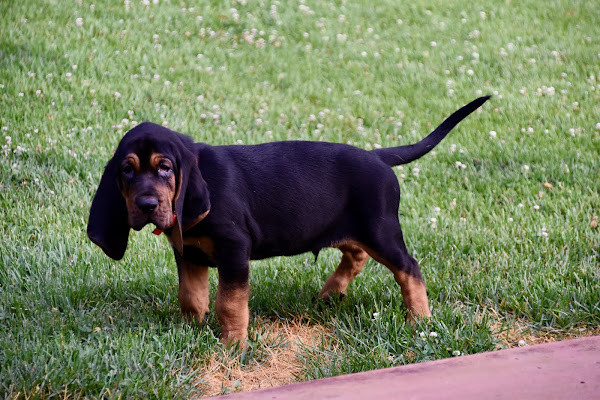 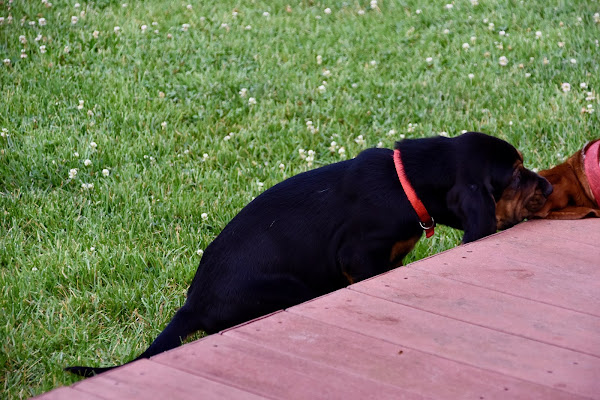 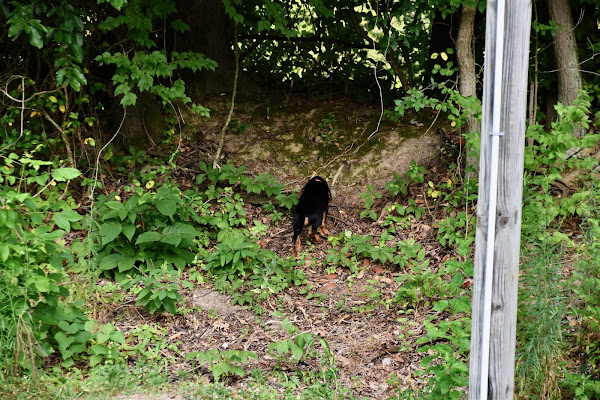 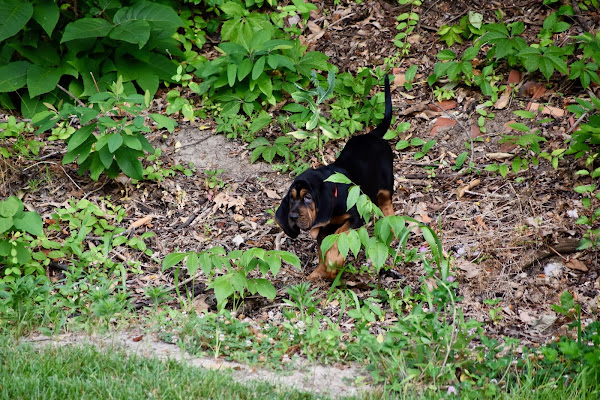 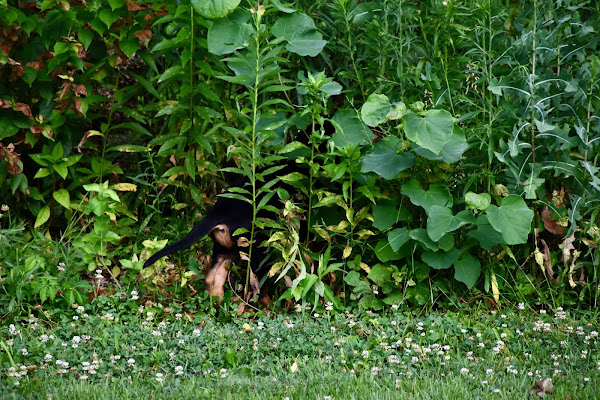 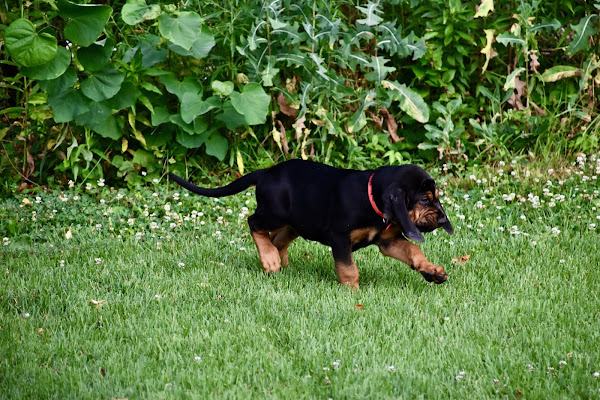 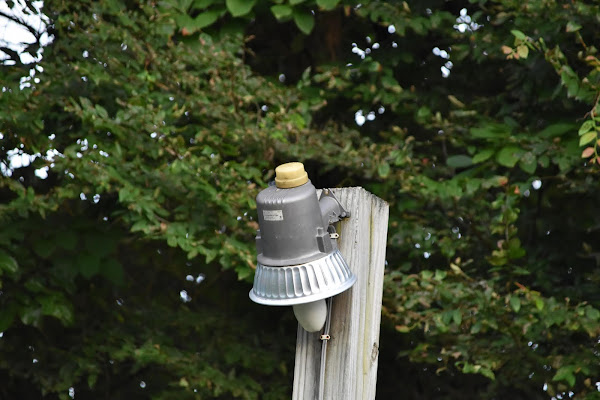 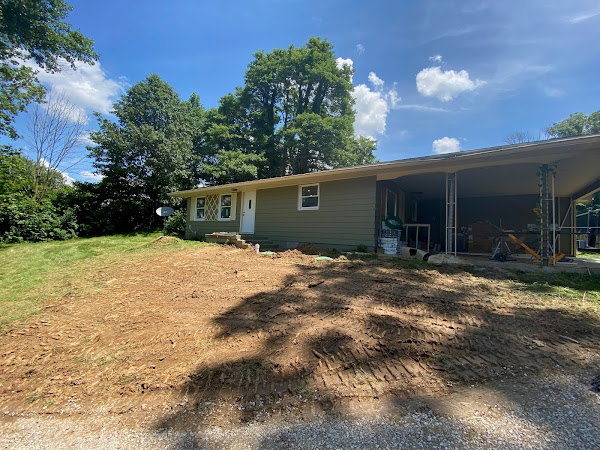 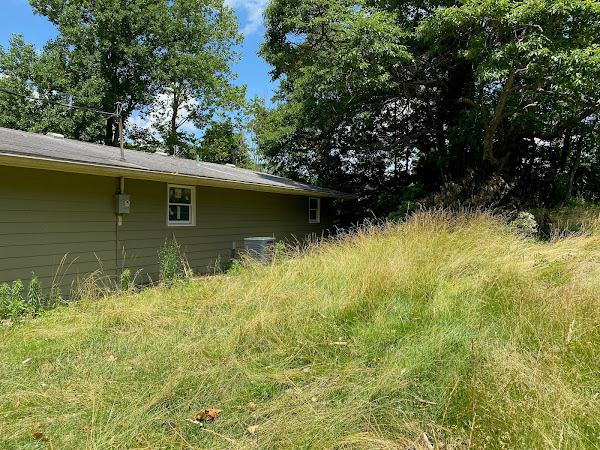 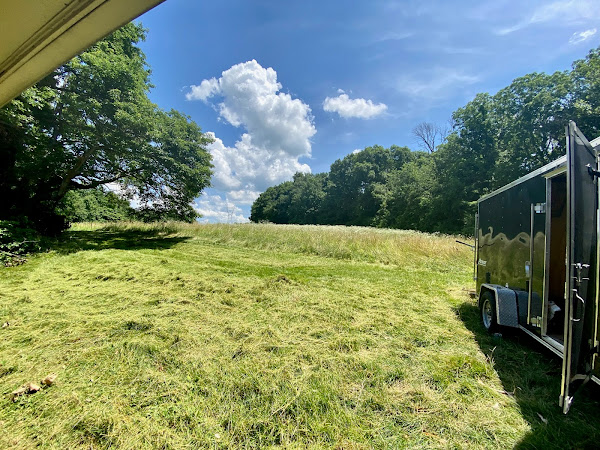 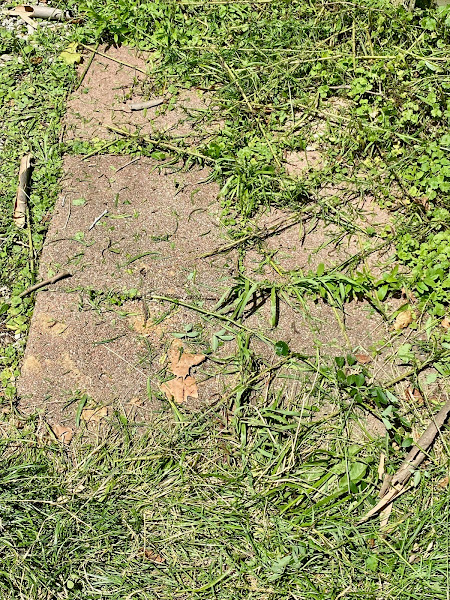 Some of you might recall what I use to label "Winston's Patio" at the rear corner of the house. That is where he liked to lay out in the sunshine surveying the backyard. Slightly overgrown. Instead of throwing the pavers away they let me dig them up and bring them with me. I will put them in that ugly area of my yard at the top of this post once I decide what to do with it.
I am glad I made the trip. I had some mixed emotions seeing it in the condition it was although they are doing a complete rebuild and eventually the property will look nice. I headed downtown for some Chine House buffet, great food, but they are still "carry out" only. I didn't stop. I drove around the town square, got the FJ pointed south and headed home.
Watson was happy to see me and never jumps up on me. Henry tried tackling me. I don't know if I will never be able to break his habit of jumping up on people due to his excitement. Water started snorting his appreciation that I made it back okay. All three were hungry and needed lunch.
Of course with that one keyword "outside" ... all them sprinted for the patio door to go outside. Watson jumps off the deck into the yard and pees in the grass every time. Walter searches the whole yard for his perfect spot while Henry is always checking to see if the neighbors to my left are out to pet him and give him attention.
For those that are wondering, I DID think long and hard about keeping that house after buying the one in Arizona. I would have had it remodeled with upgrades but kept the floorplan it had. I decided I did not want to maintain two houses, so I sold it. I don't think "the field" would have ever been the same without the four original hounds that were blogged about .. Winston, Sadie, Heidi and Stella.
It was a good day today with some off and on light rain here in "the tropics" of southern Indiana.
at June 29, 2021
Email ThisBlogThis!Share to TwitterShare to FacebookShare to Pinterest
Labels: Basset Hound In Water, Bloodhound Puppy Growing, Henry's Birthday, Old House