The Hounds Talked Me Into Walking

I was tired but with Sadie giving me the stare down and Stella howling ... I put on my shoes, grabbed the camera and headed out for the early evening walk. I was tired from mowing the yard as usual, add in some pasta for dinner and I was thinking more of siesta before watching the NFL Draft tonight instead of walking and blogging.
As I mentioned this morning, Heidi had a bath to wash off some ointment residue on her chest and neck. Plus I needed to clean off some dead flaking skin and clean between her skin folds on her legs.
By 12:30 she was looking pretty good and by 2pm her skin color was the normal tone. By 4pm her rear hocks were red and she had chewed a small spot on the edge of her rear shoulder. Overall I think I can see some progress.
While I was walking slow, the bloodhound that was doing all the howling to go ... took an early lead and moved way ahead of Sadie and I. No matter what I was going to maintain my pace, a little faster than Heidi's but not by much. I was tired. 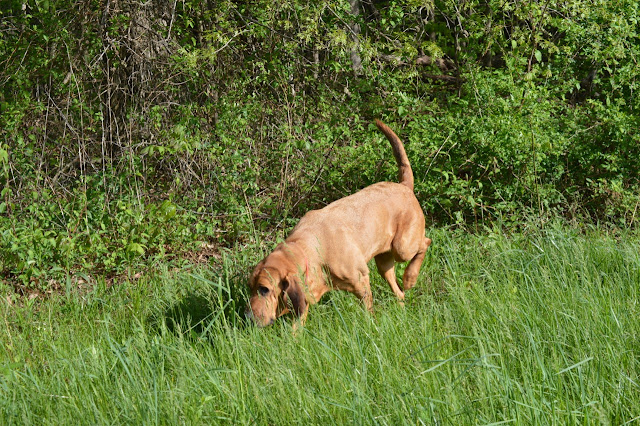 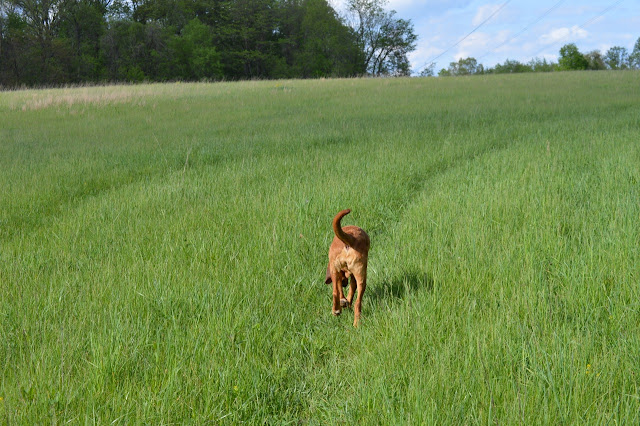 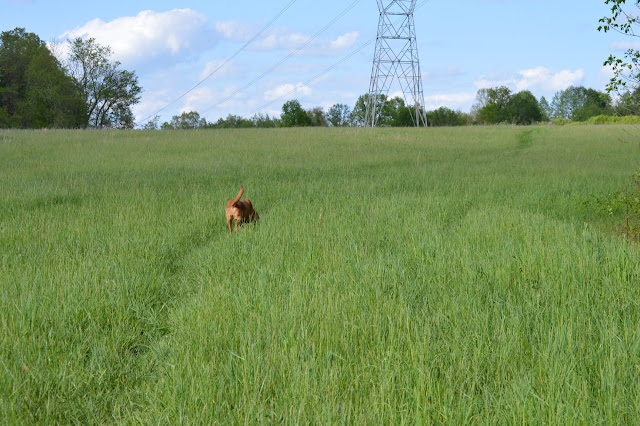 With all the rain and sunshine, the hayfield is growing fast but the tallest and greenest of all is near the house where the hounds have dumped their tanks all winter. 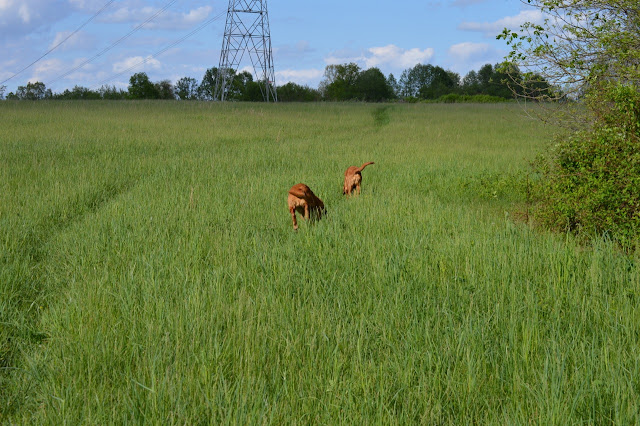 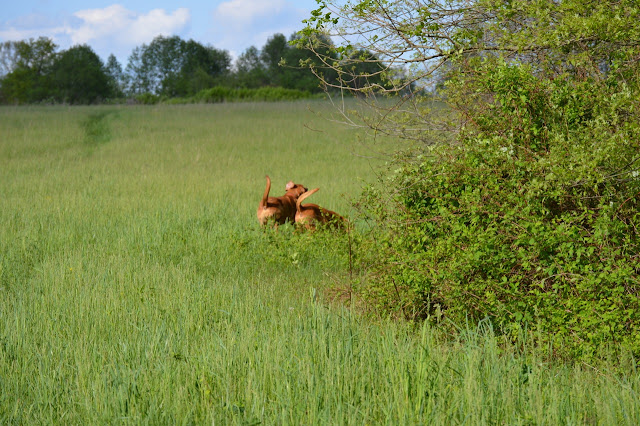 I'm starting to see a little 'waistline' on Sadie so that shows me she is losing some weight like we planned. Less weight will be easier on her hips as she grows older. 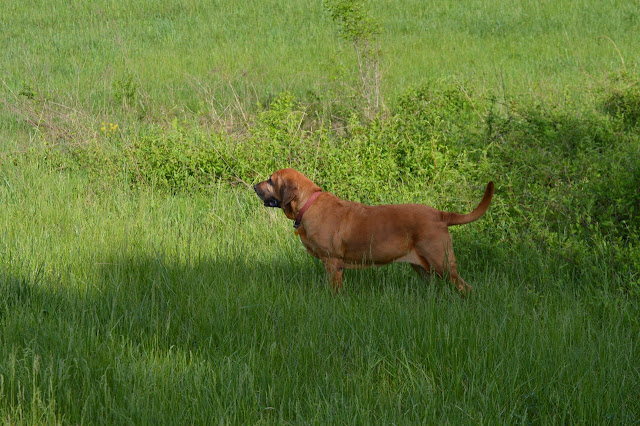 Stella has gotten bigger since she arrived last August but is still trim around the midsection. She would eat the whole bag of food if I poured it out. 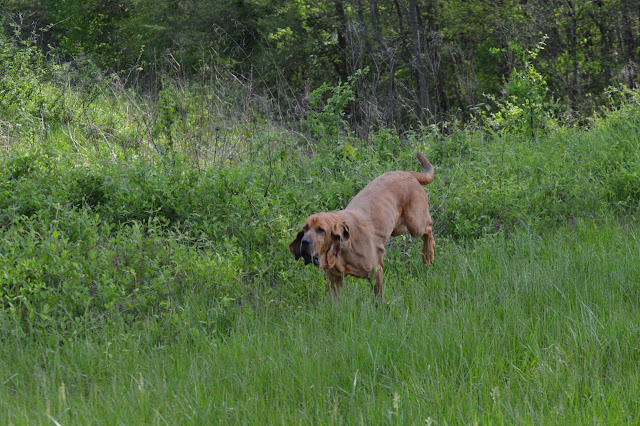 Both of them seemed to have been in a hurry tonight. Yet on the way back after making the final turn - they slowed down. I think they hope to see that deer again. 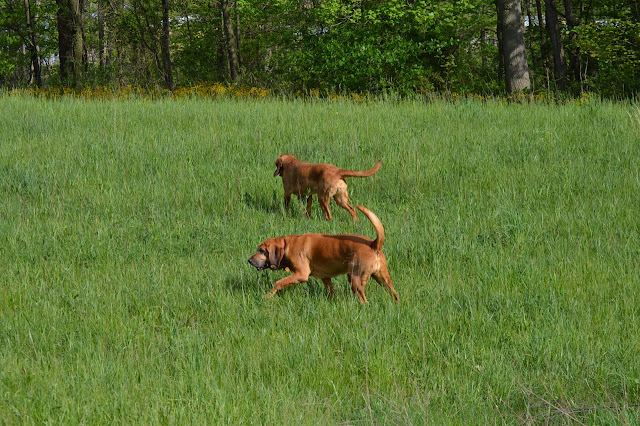 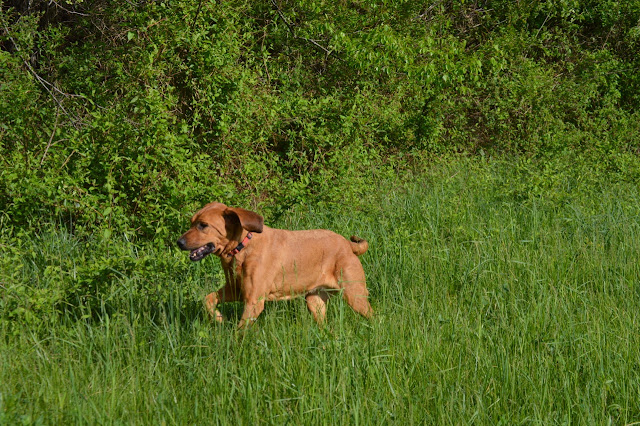 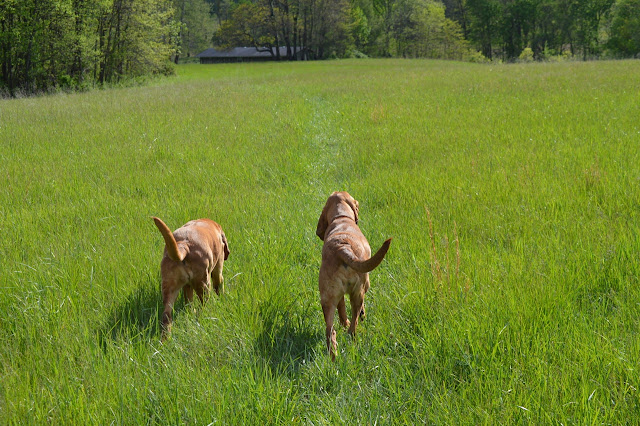 Looking in the direction of where the deer was a last week. 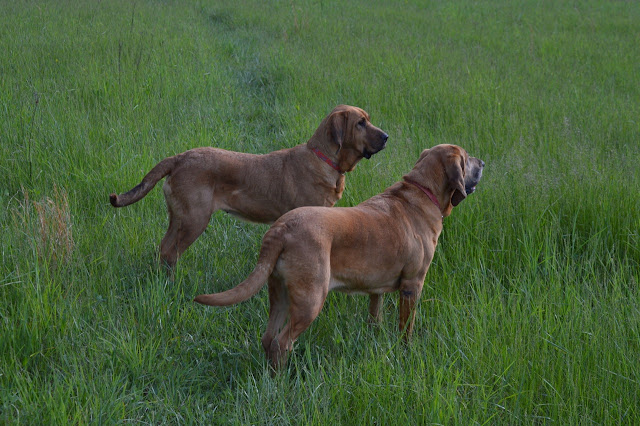 I guess that is all they wanted ... just a walk. They were sound asleep 5 minutes after going back inside. 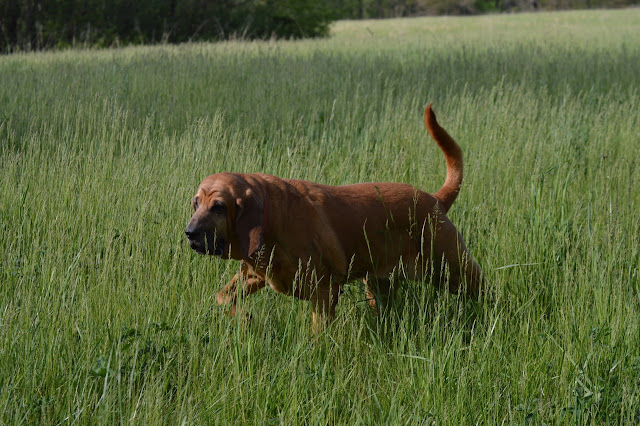 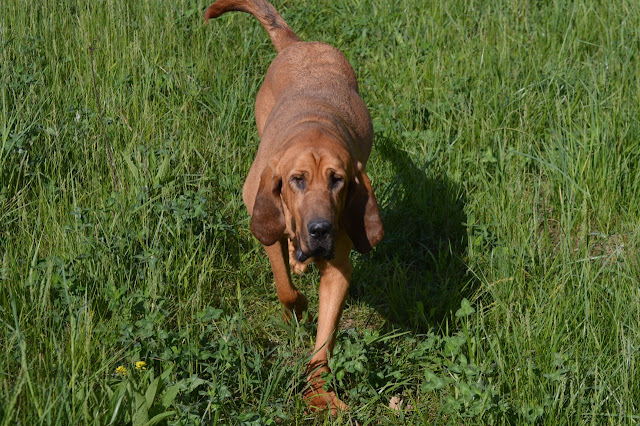 I didn't make any edits to these photos tonight ... can you tell the difference?

Almost forgot, not one tick found on either hound after the walk but I did have two on me.

Another beautiful night here in 'the tropics' of Southern Indiana.