Today Was Too Hot 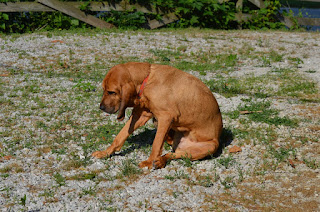 Sometime around 10am Stella decided it was time for a morning walk before it got really hot ... we could leave right after she found that spot to itch.

They are both finding new stuff since the field has been baled. It is a lot easier to keep track of them now and one other thing is different on these morning walks.

Whereas a few days ago shade meant wet tall grass, now shaded areas mean it's a few degrees cooler and my feet are no longer getting wet. It didn't matter to the hounds, they followed the same paths and routines. 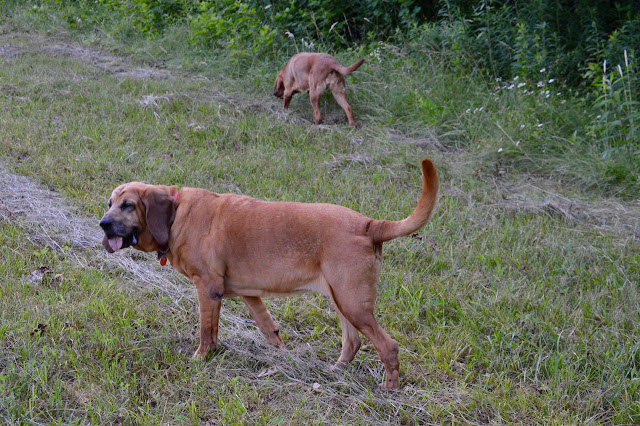 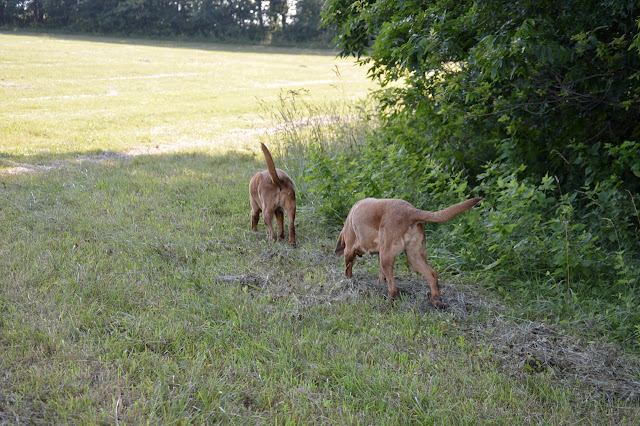 Here is an example of some of the hay they left behind. 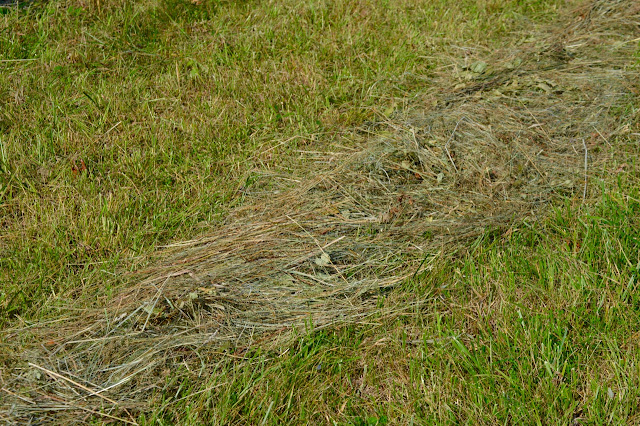 This spot has been stopped at now every walk. I went over to see what was so good and found nothing ... not a thing. 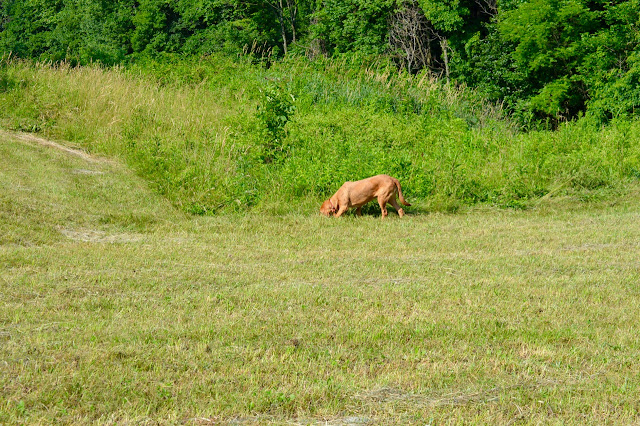 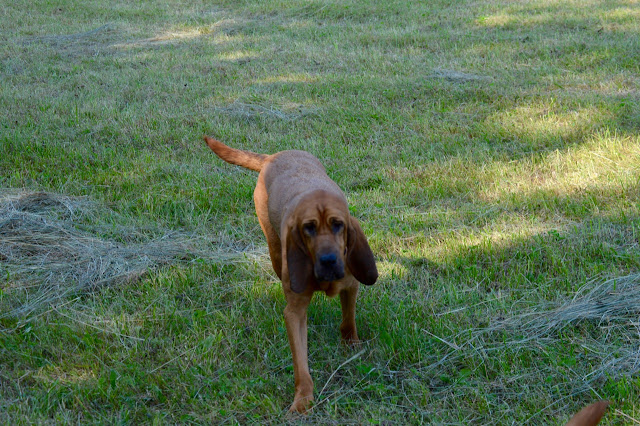 This guy kept flying back and forth over the top of us but this was the only place my camera would focus to take a photo of him. You can barely see him near the top. He had a large wing span and I was pretty sure he was concerned the hounds might find what he was having for lunch, since I saw him take off from ground level. 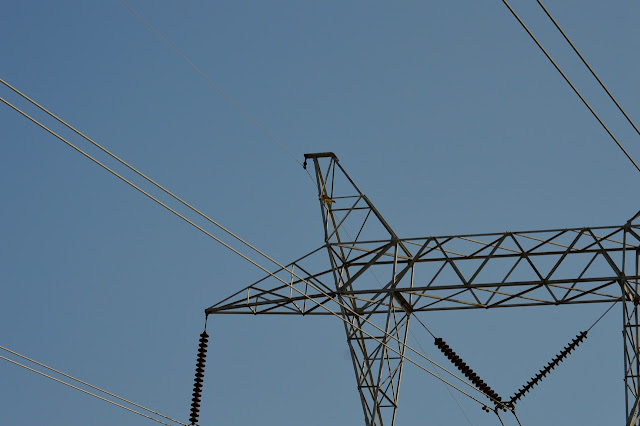 They are not using the plastic netting this year but a few strands of baling string to hold the rolls of hay together. That last roll they did didn't have any string holding it. 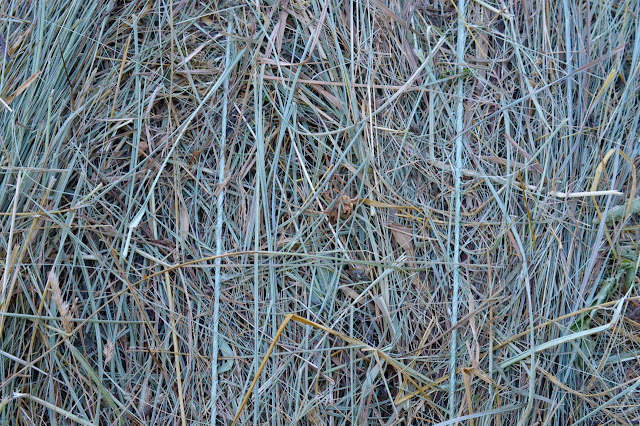 With the temps as hot as they are, Heidi will come outside to dump tanks but no longer than that. She still lives by her 70° threshold even in during the summer heat. 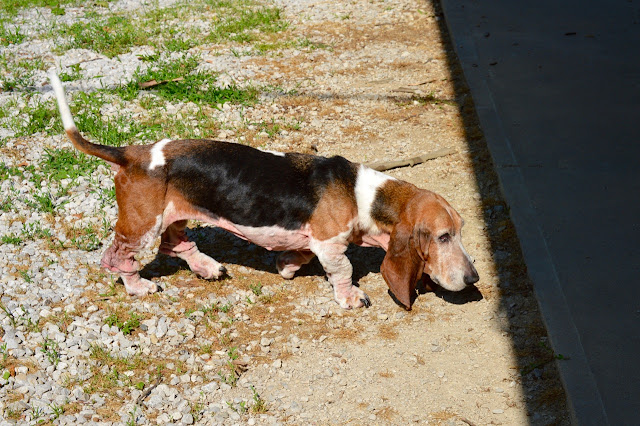 After lunch it was so hot that Stella didn't get any further than this, turned around and headed back inside the house where the air conditioners was keep the house much much cooler than outside. She is smarter than she looks. 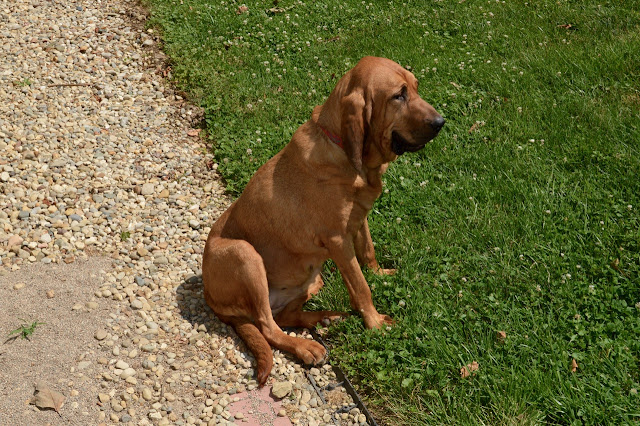 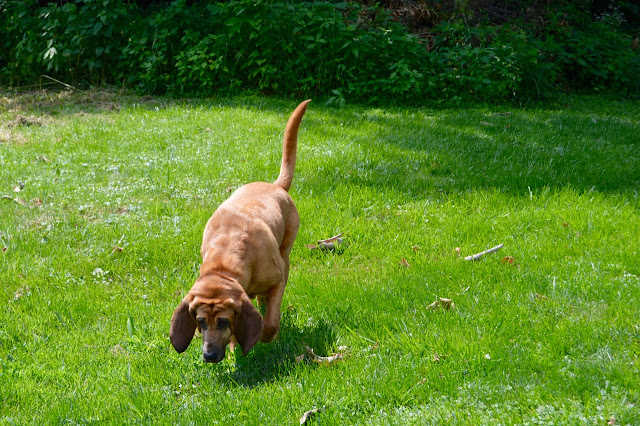 It wasn't until Sadie's stare down to walk, past 7:30pm, did we venture outside. By the time we got this far I realized it was much hotter than I thought it would be. Wunderground said it was 87° and a heat index of 98° ... they were right. 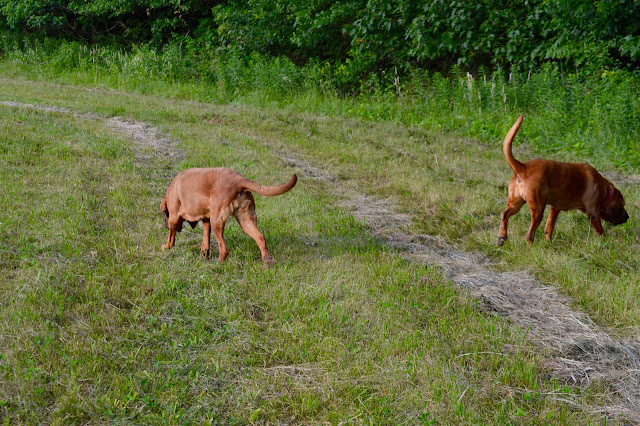 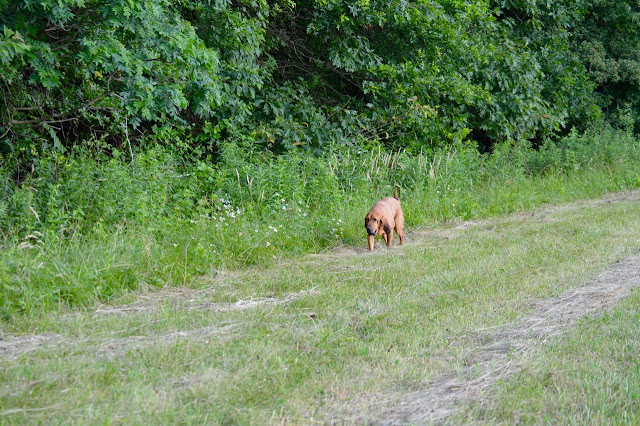 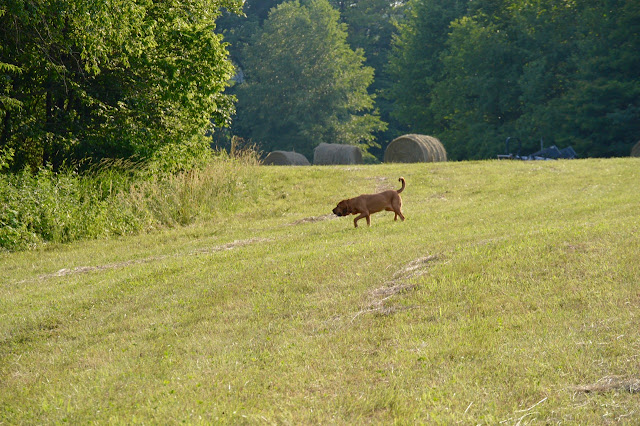 Not even half way through the walk, tongues are dragging. 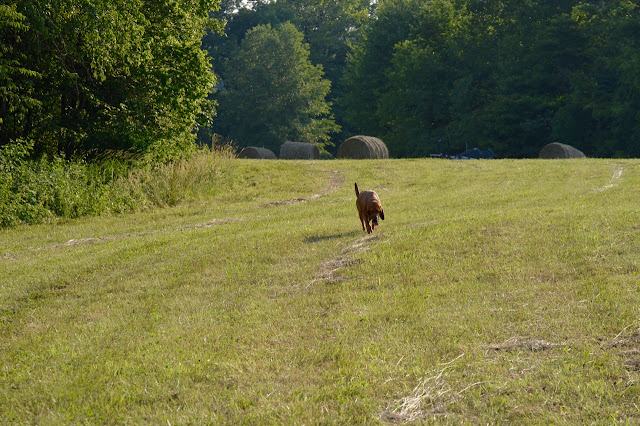 Still time to check out one spot before they come inside. It looks like Sadie is not willing to share this spot. 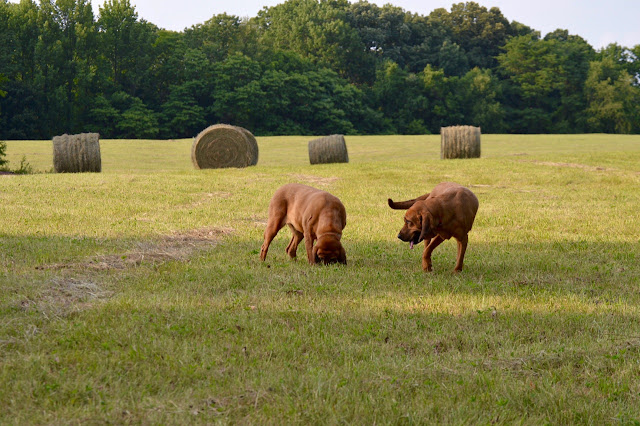 We are suppose to have thunderstorms within the next couple of hours but weather radar doesn't show any storms west or southwest of us ... the normal path. So we will see what tonight brings as far as rain and hopefully some cooler temps. 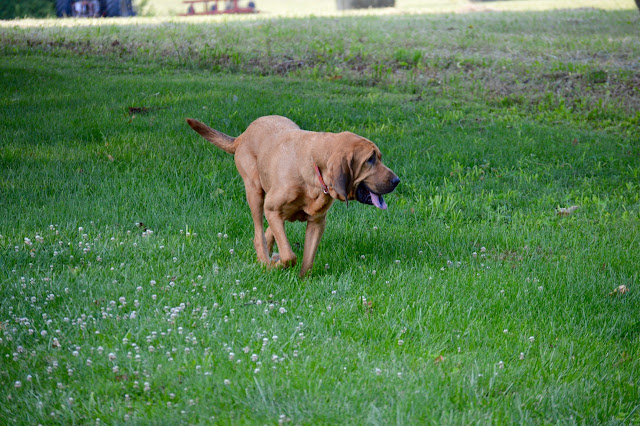 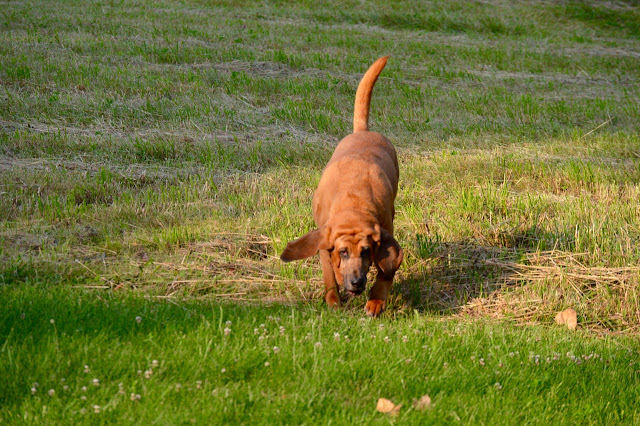 Today the heat made us hibernate inside while enjoying 'the tropics' of Southern Indiana.
at June 20, 2016
Email ThisBlogThis!Share to TwitterShare to FacebookShare to Pinterest
Labels: Heidi, Sadie, Stella, Summer Weather