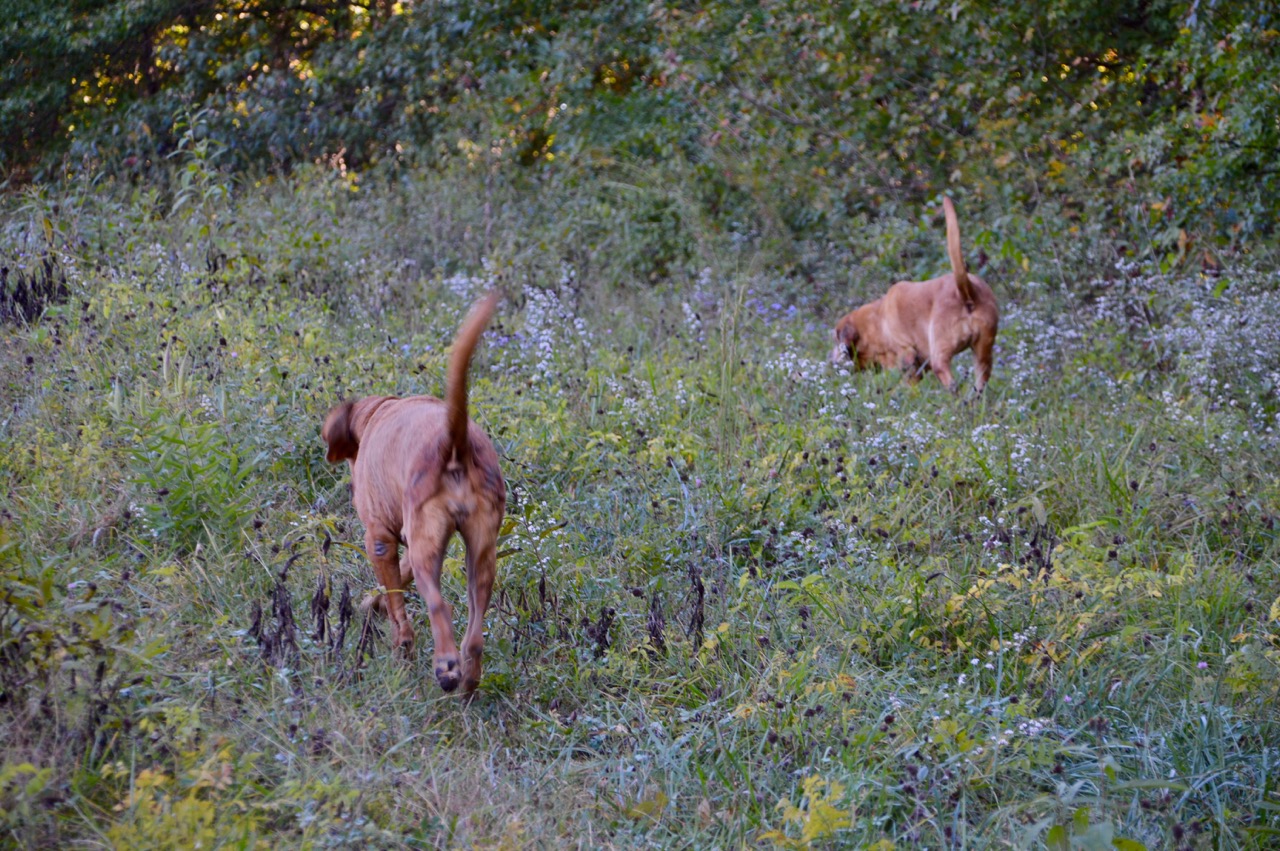 It was 53° at 10am when we headed out for our walk. Sadie took off running immediately and after Stella ate some wet morning grass, she came running around me to catch up with Sadie. Each day she is looking more and more like her old self. By the way she acts I can see she is feeling better. It's Football Saturday but another beautiful fall day on the last day of September.


I've done nothing but feel Stella 4c of kibble, split in in half for two feedings per day. I noticed that this brand of dog food put weight on Heidi and it has on Stella also. As I glanced back at her I was going to let her be on her own this morning. 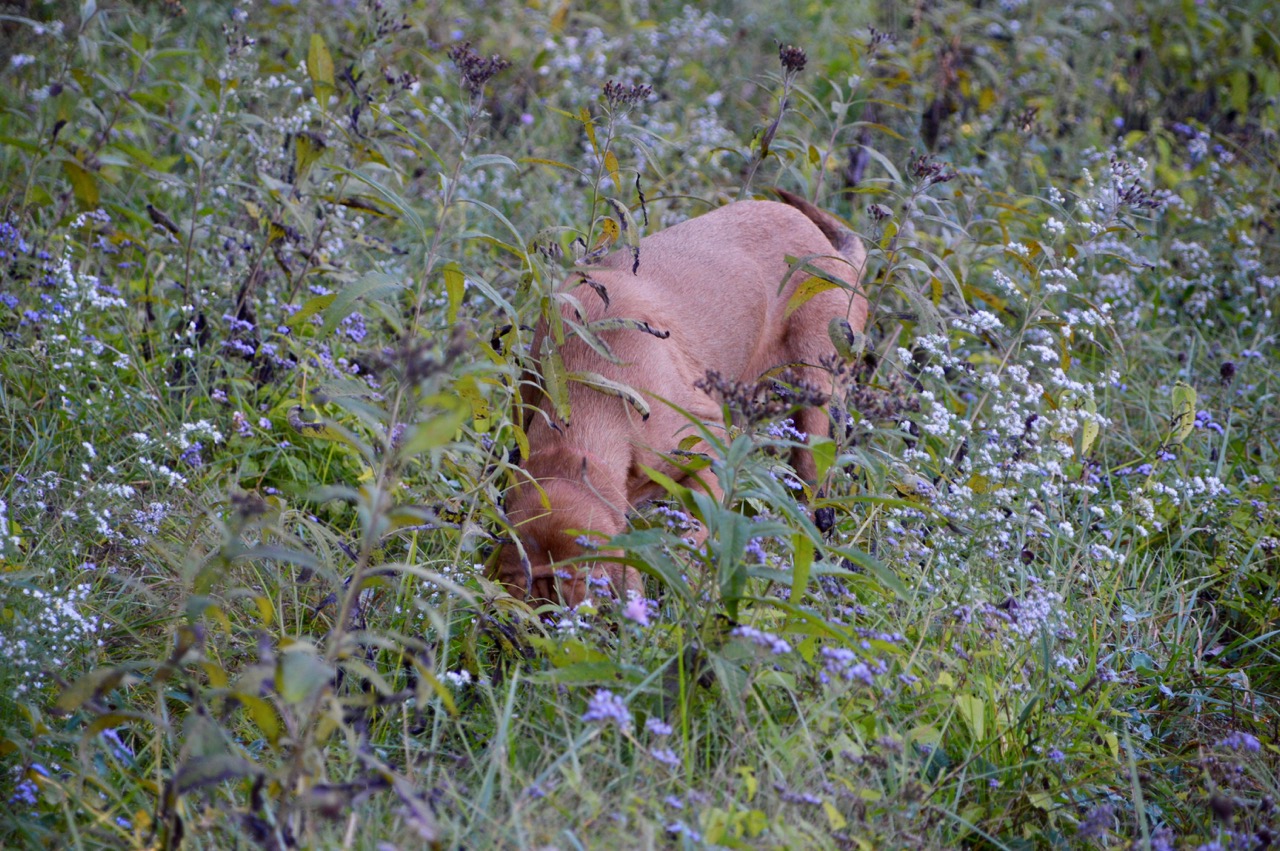 Then ... there she went tearing around me and sprinting toward Sadie. My camera didn't catch them running around the first turn. They were long gone by the time I make the turn and out of view. 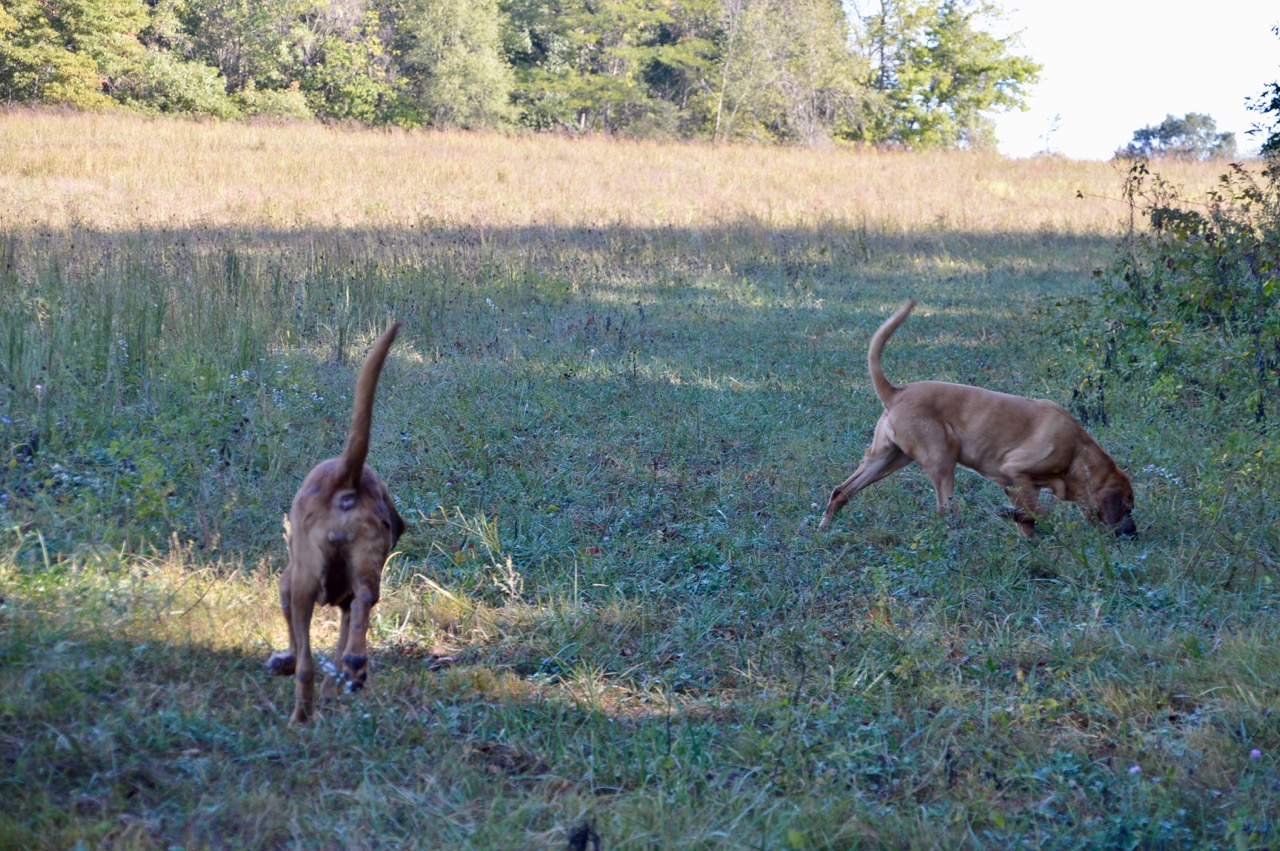 I thought they would stop at their normal deer scat area on the right side of the field's edge but they were long gone. Here is Stella way past the roll of hay and running toward the 'no fly zone'. I could not believe she was that far ahead of us. She was tracking deer scent ... Sadie was further behind her but up near the back edge of the field path. 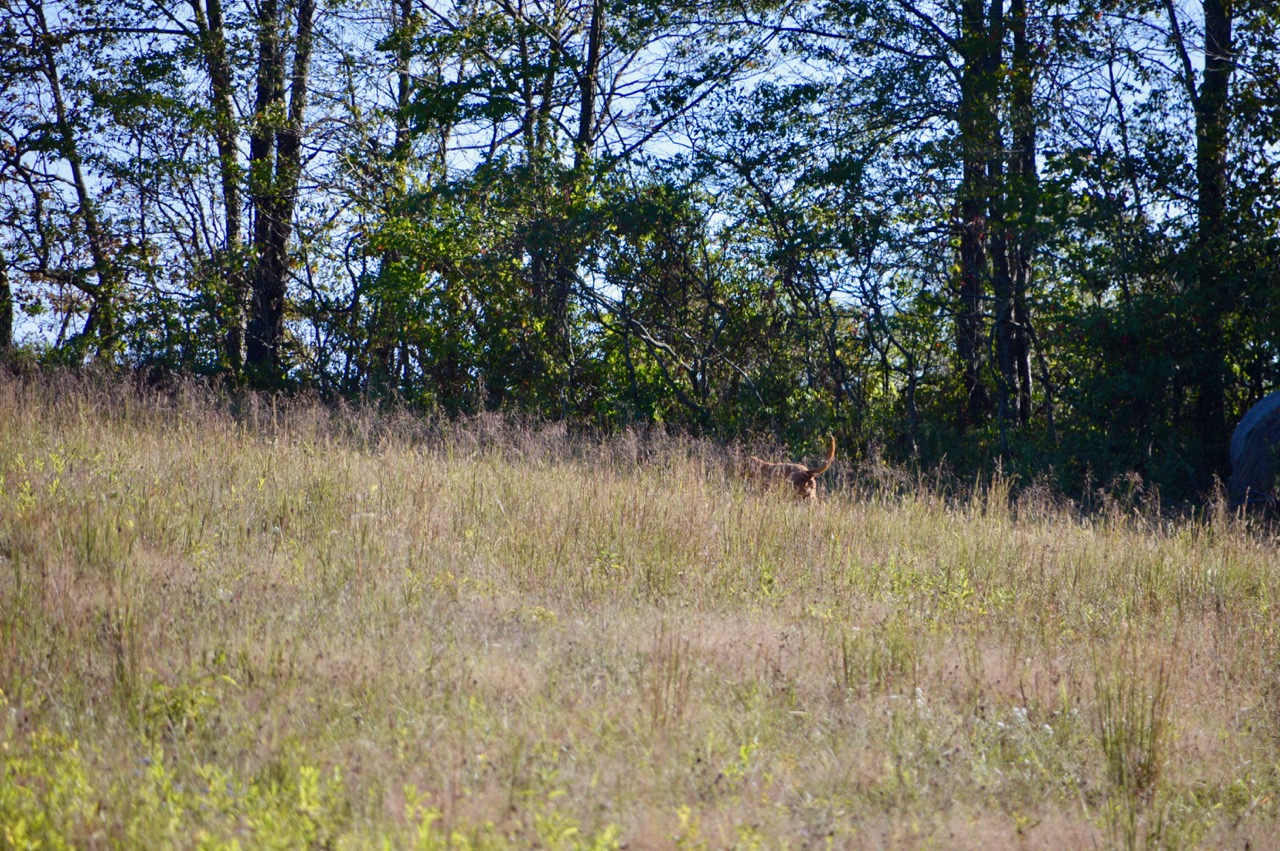 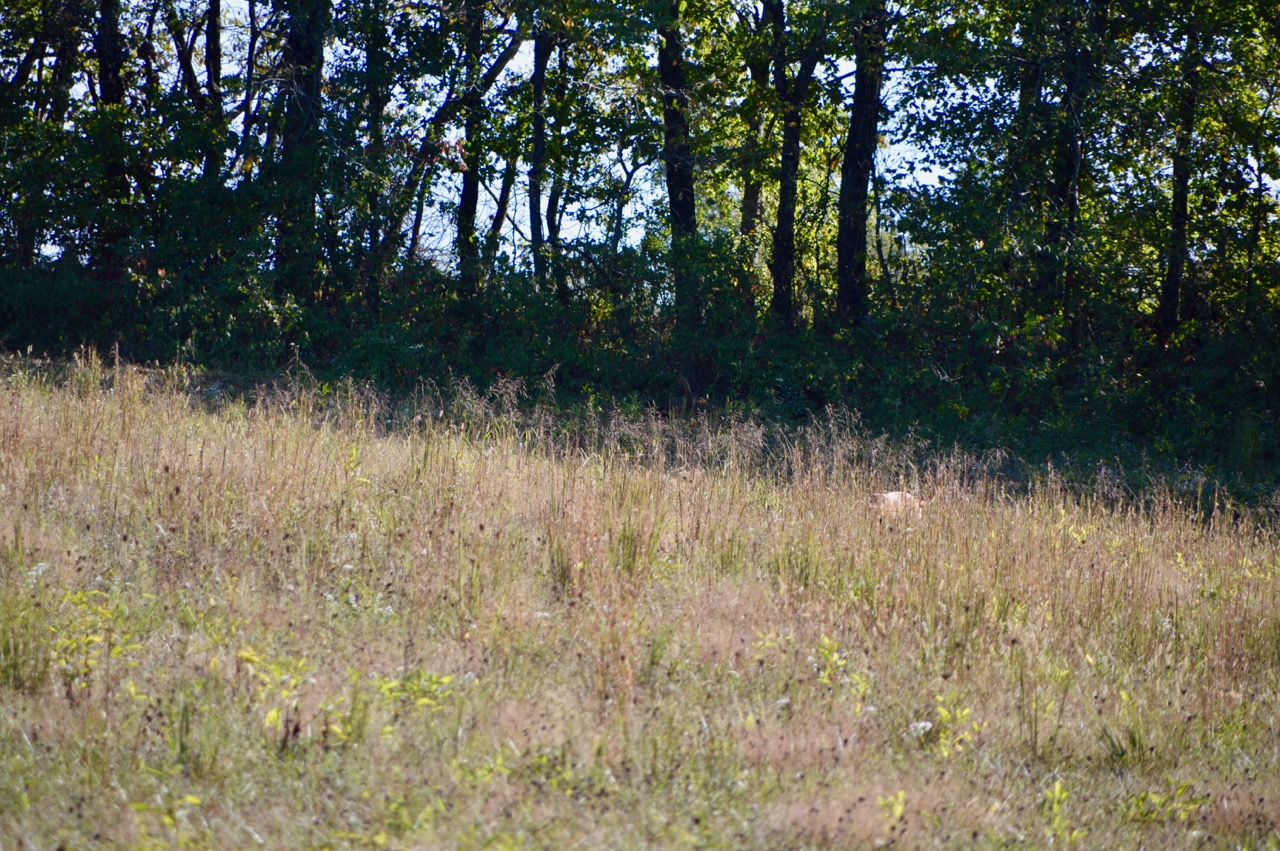 Thought the 200mm zoom lens I could bare see Stella on the horizon thru the tall grass. She heard me calling her name and looked up at me with her head and ears perked up. To my shock, she came running back toward me along that back path. 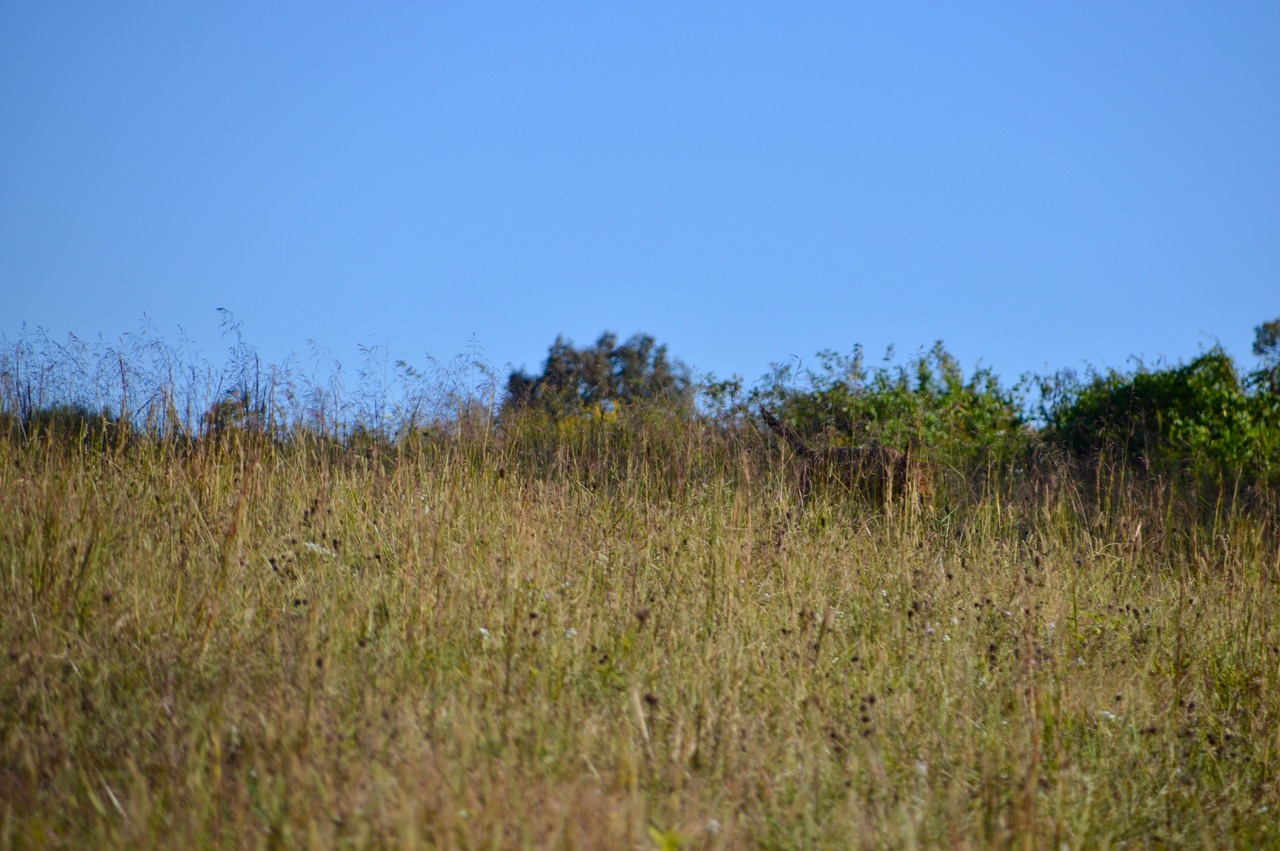 With her nose to the ground, tail up in the air and running ... it was like 'the old days' with her tracking scent and running by herself. I cannot tell you just how good that is to see. She must have been really sick from February to May. 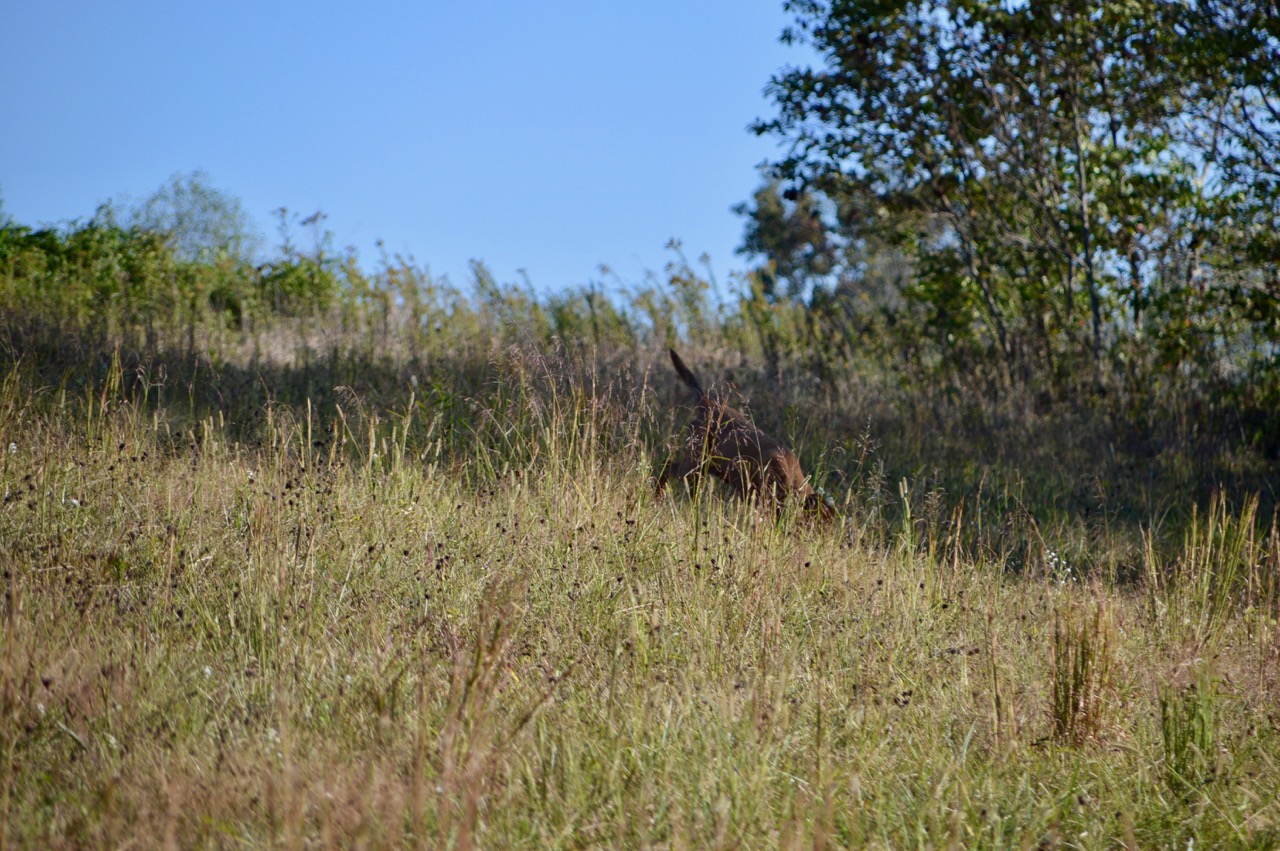 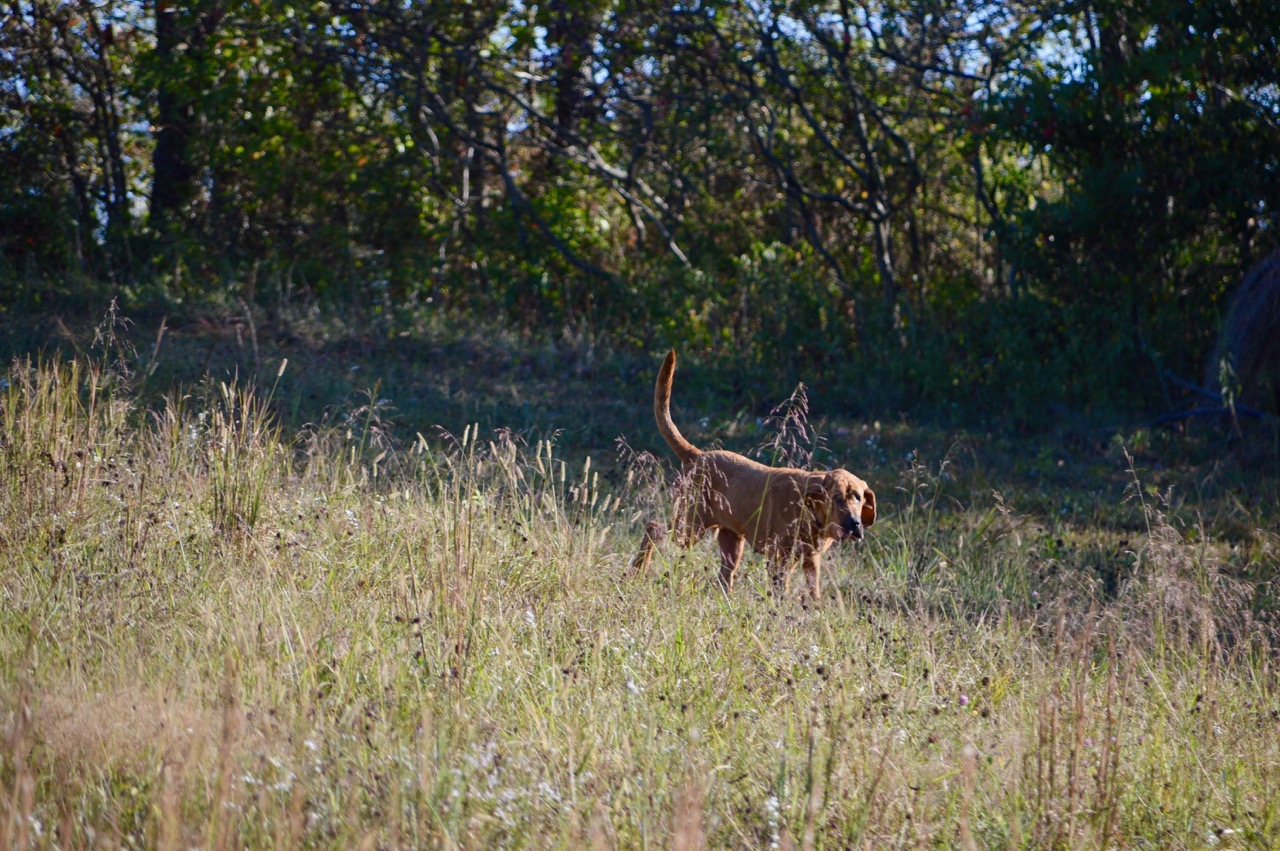 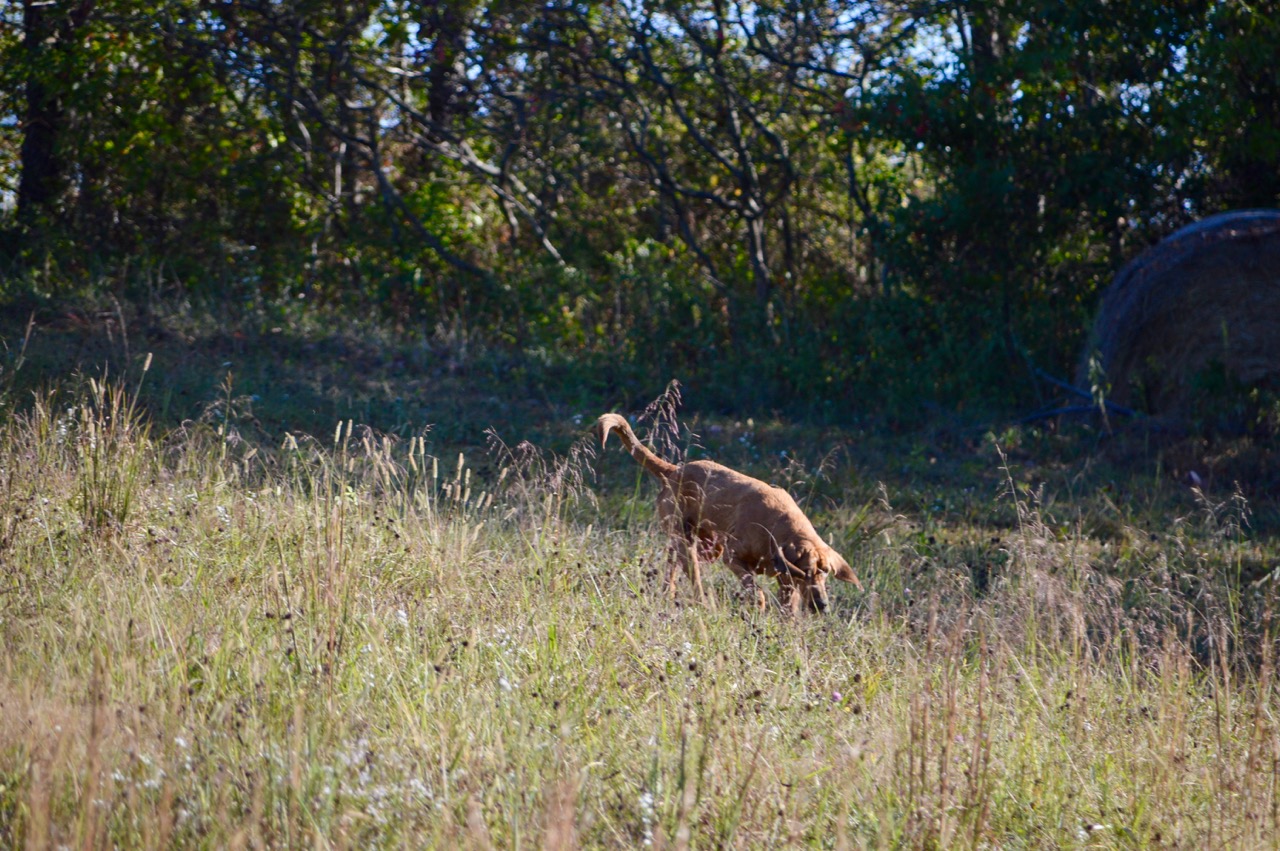 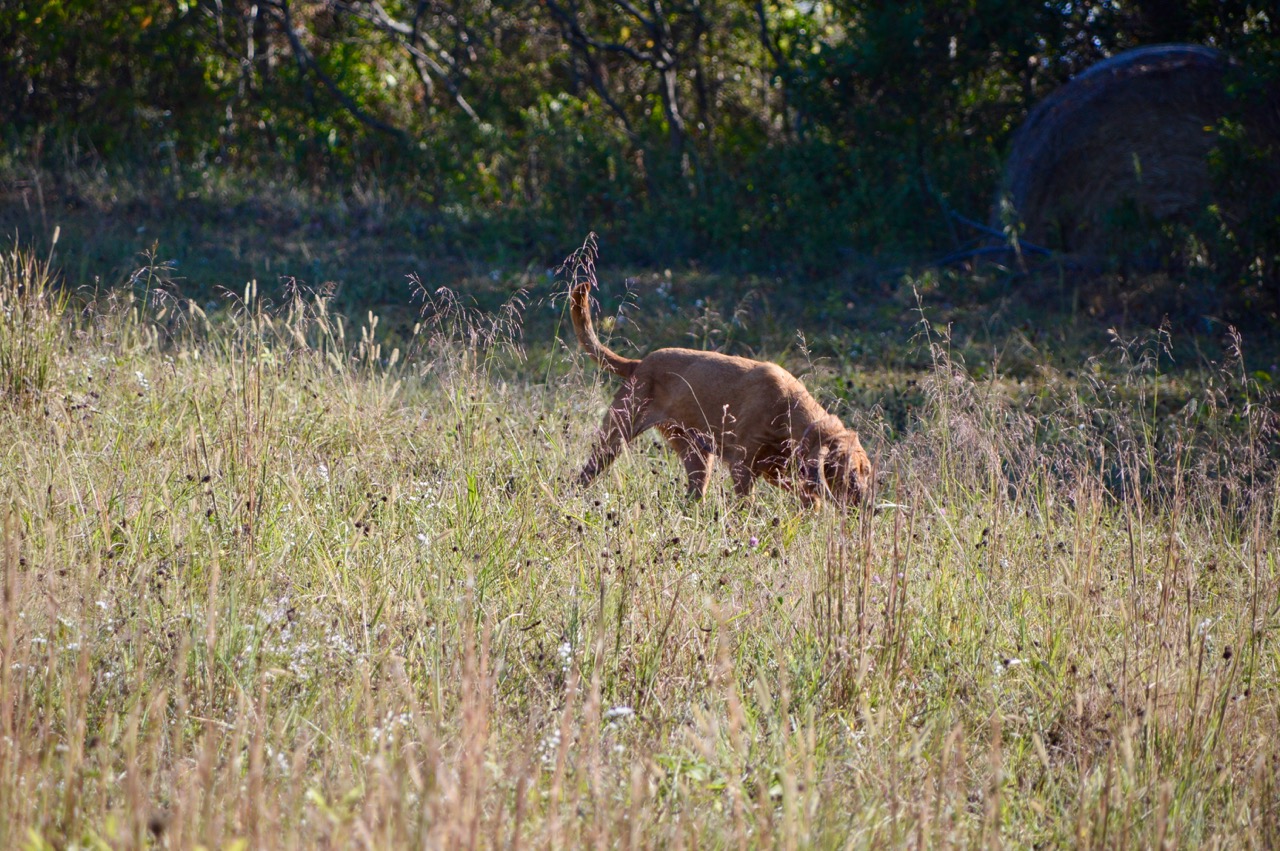 Once I had started walking the back edge of the field path, Stella runs to keep up with Sadie who is also excited with fresh new deer scent. 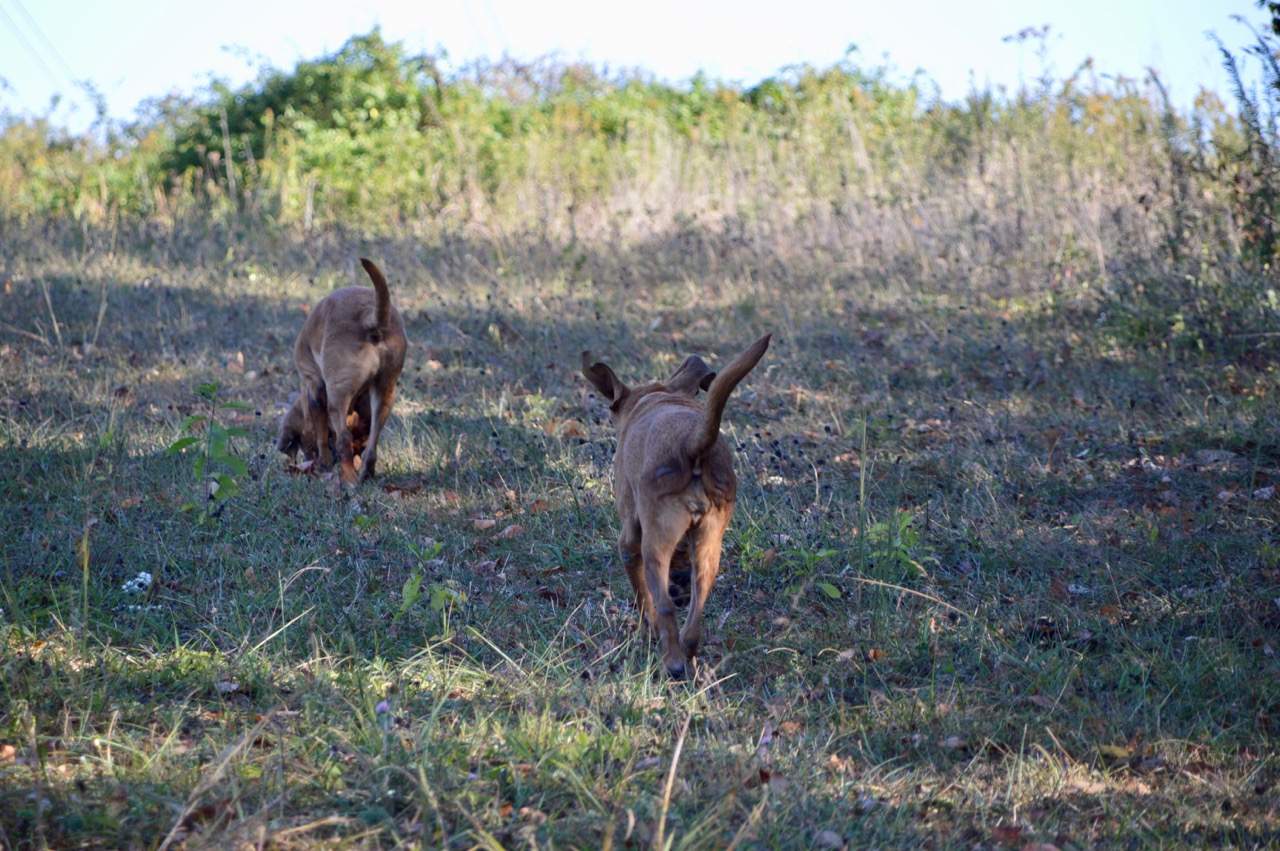 It was nice to do the walk without tugging on her collar, constantly saying 'come on' or her ignoring me. Both hounds were doing their own walk way ahead of me. 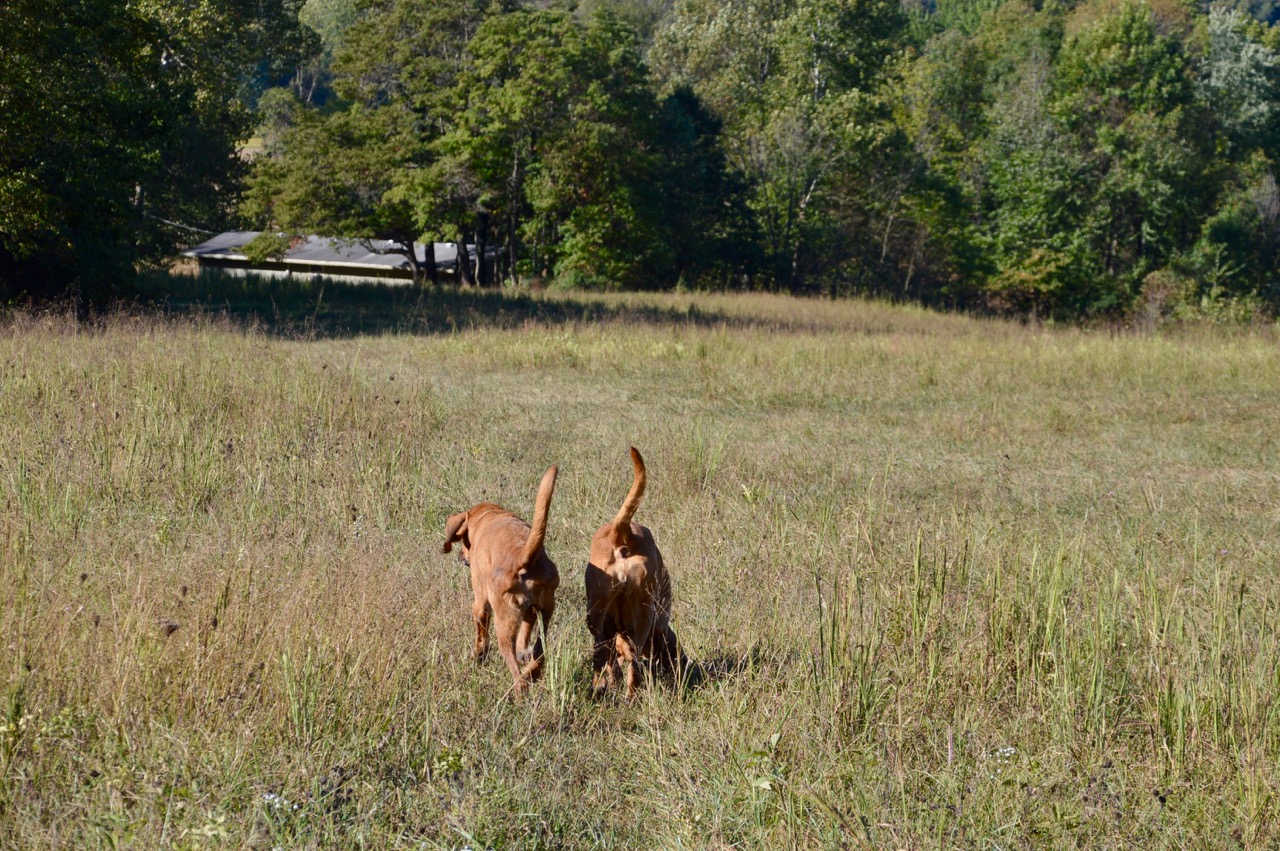 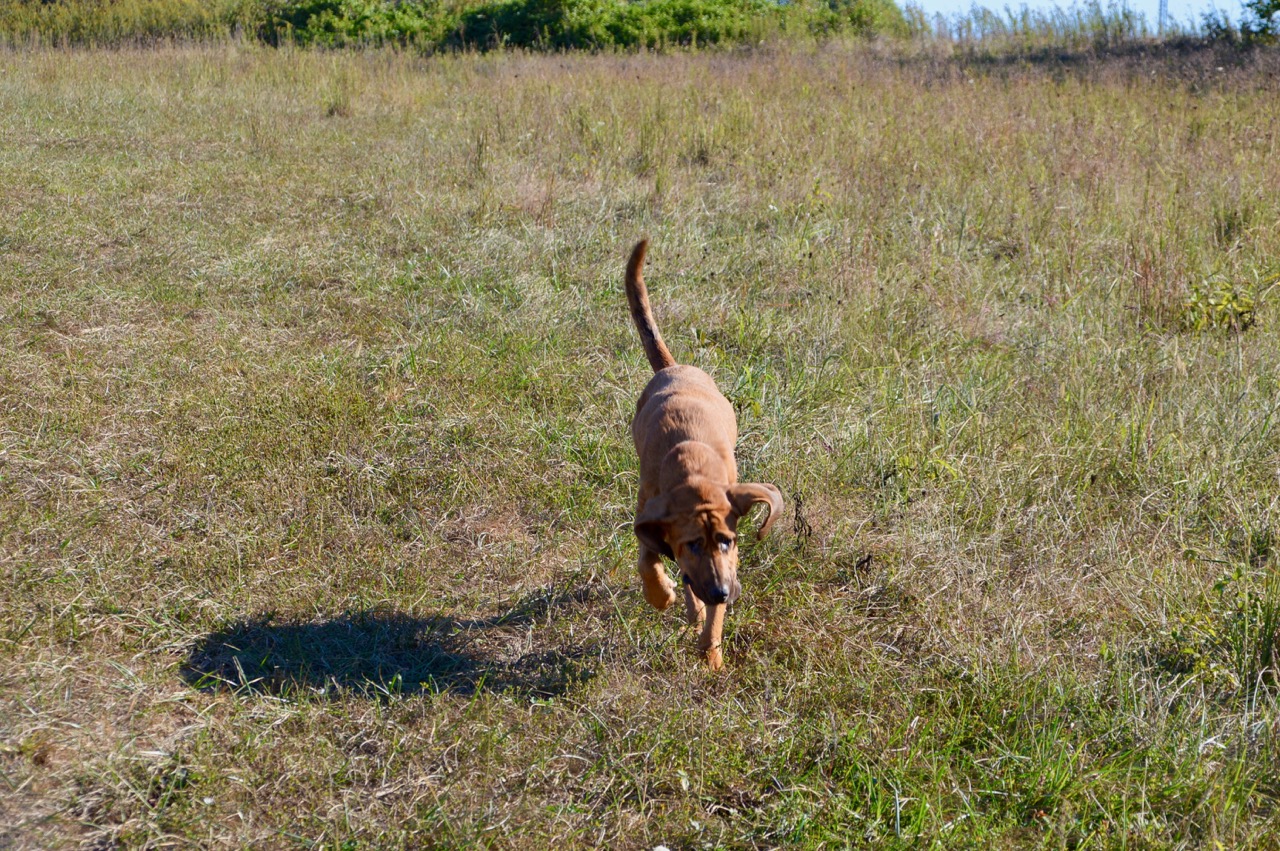 I was planning on veering right and taking the 'alternate' way home toward the north property line pole ... but Stella followed that path on her own before I could get there. 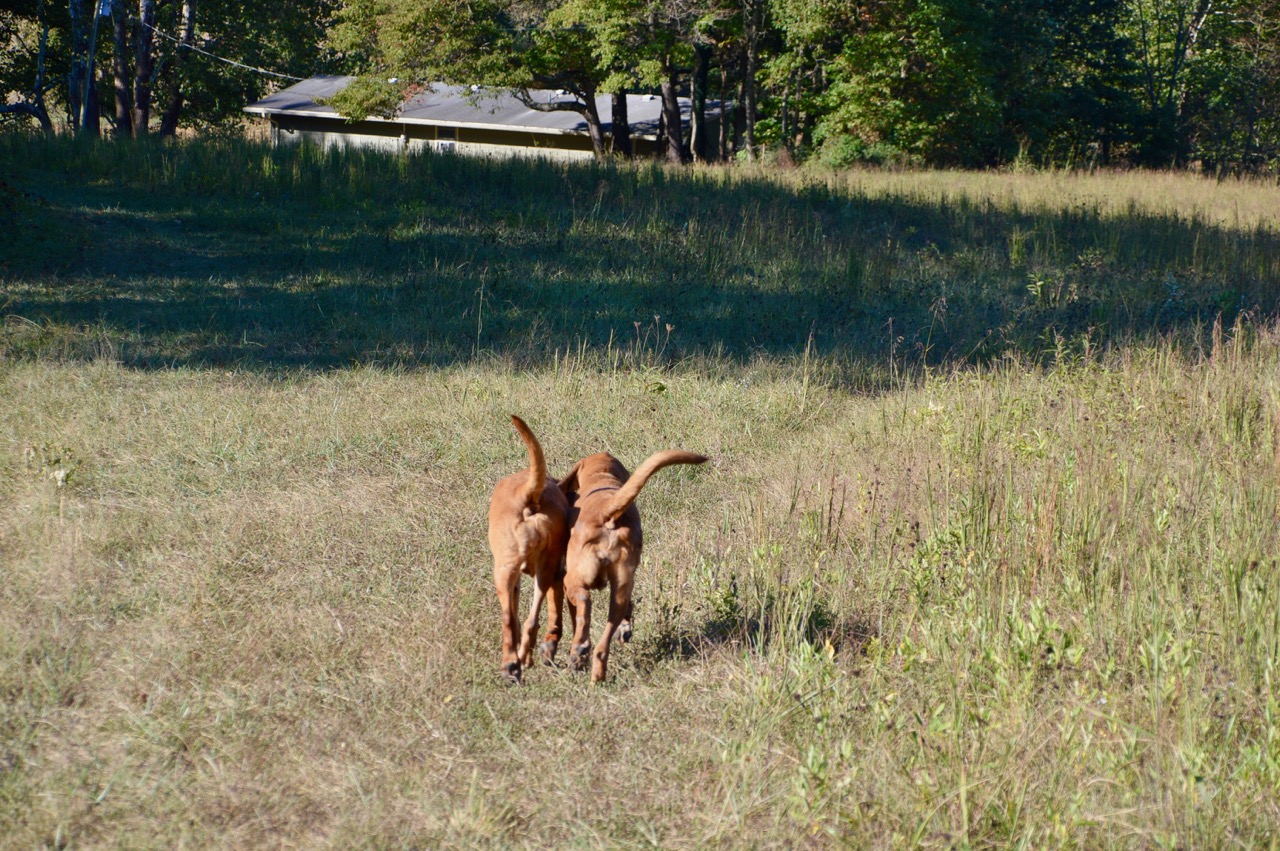 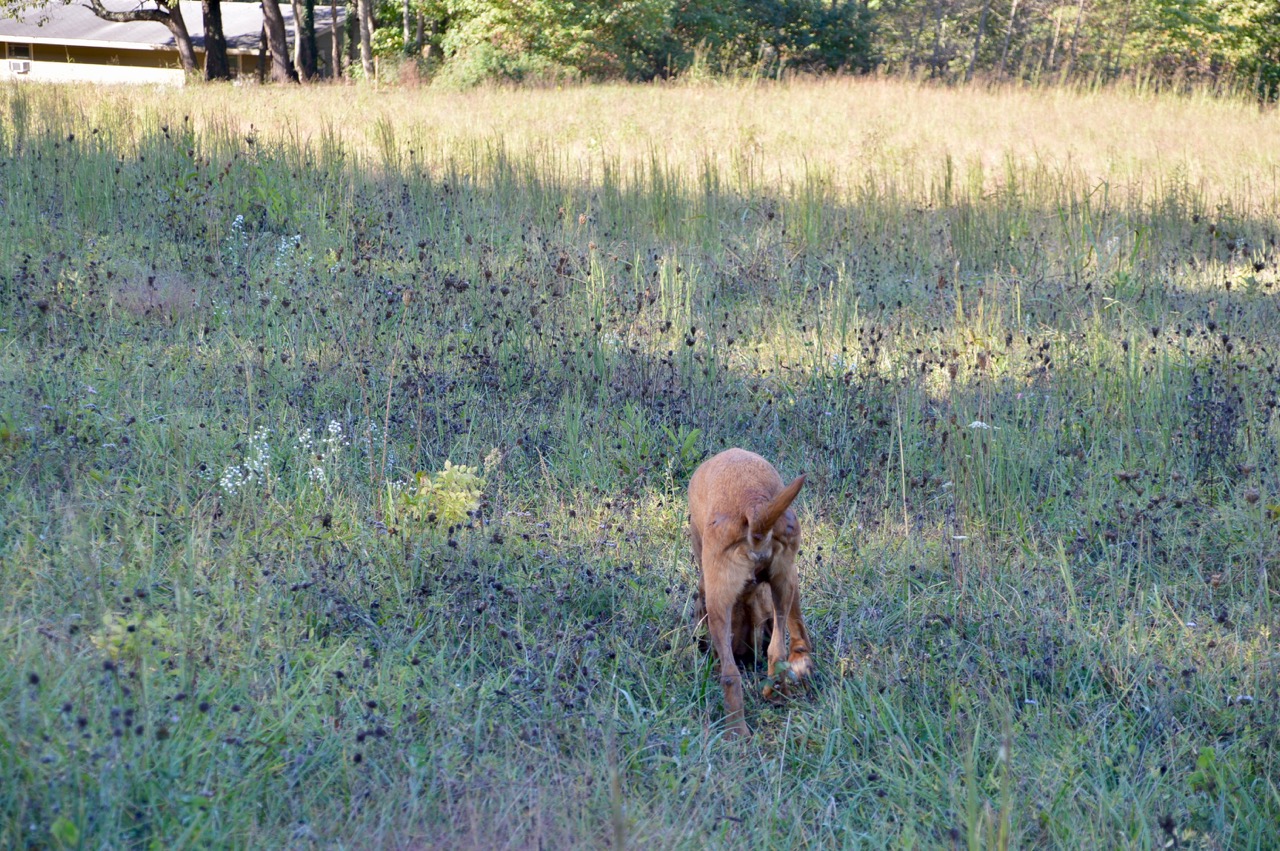 That did not mean the walk would continue to be fast ... oh no ... it was time for them to do some thorough investigation. There must have been a lot of animal traffic in the field last night while we slept. 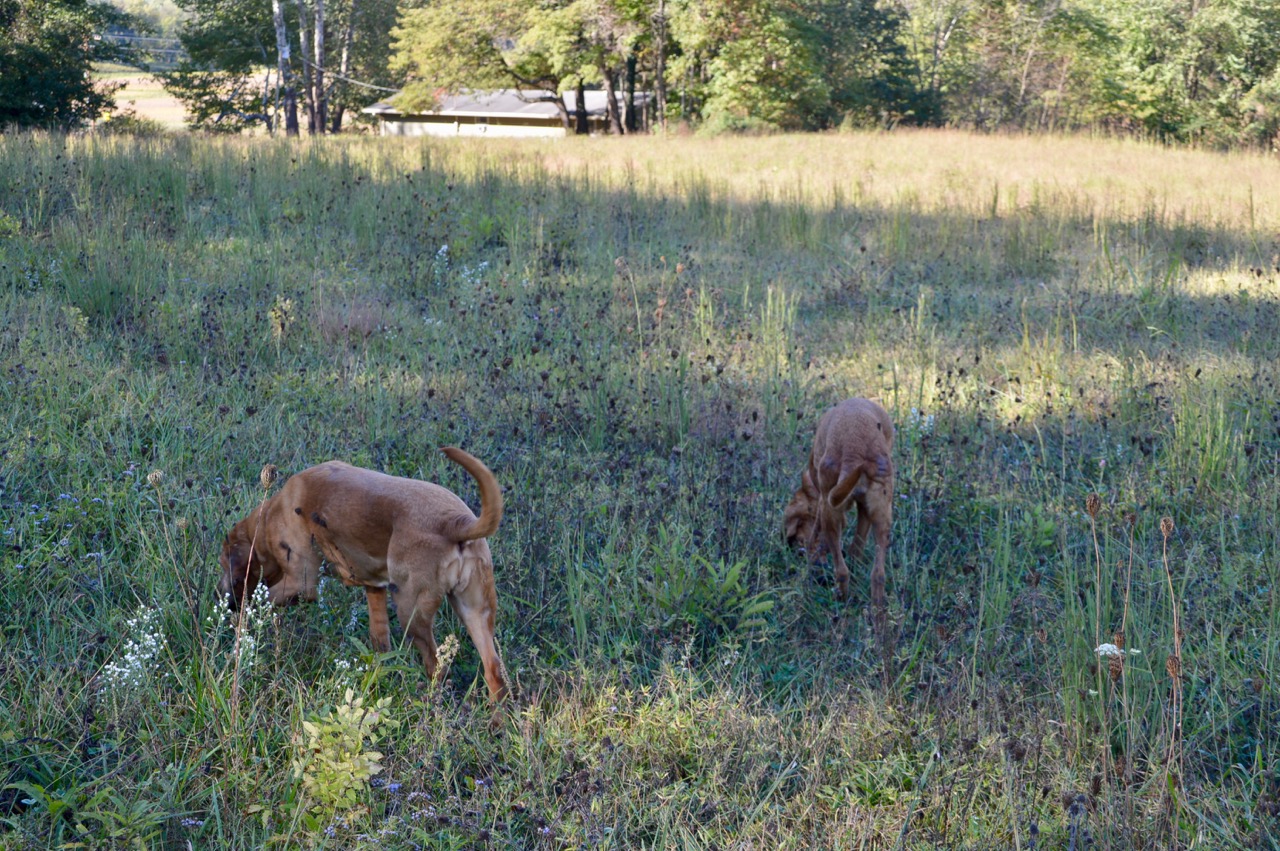 I was up late last night watching Wazzu beat #4 USC 30-27. By the time I went to bed it was already 2:24am. I got about 6 hours of poor sleep due to bad dreams again and a little indigestion (apple juice?). With the windows open it was cold enough to cover Heidi up with one of her Mexican blankets.

This is the hounds during "Football Saturday". All photos taken with the iPhone 6s. After the last iOS update to 11 it sure seems like the phone camera takes a better quality picture. 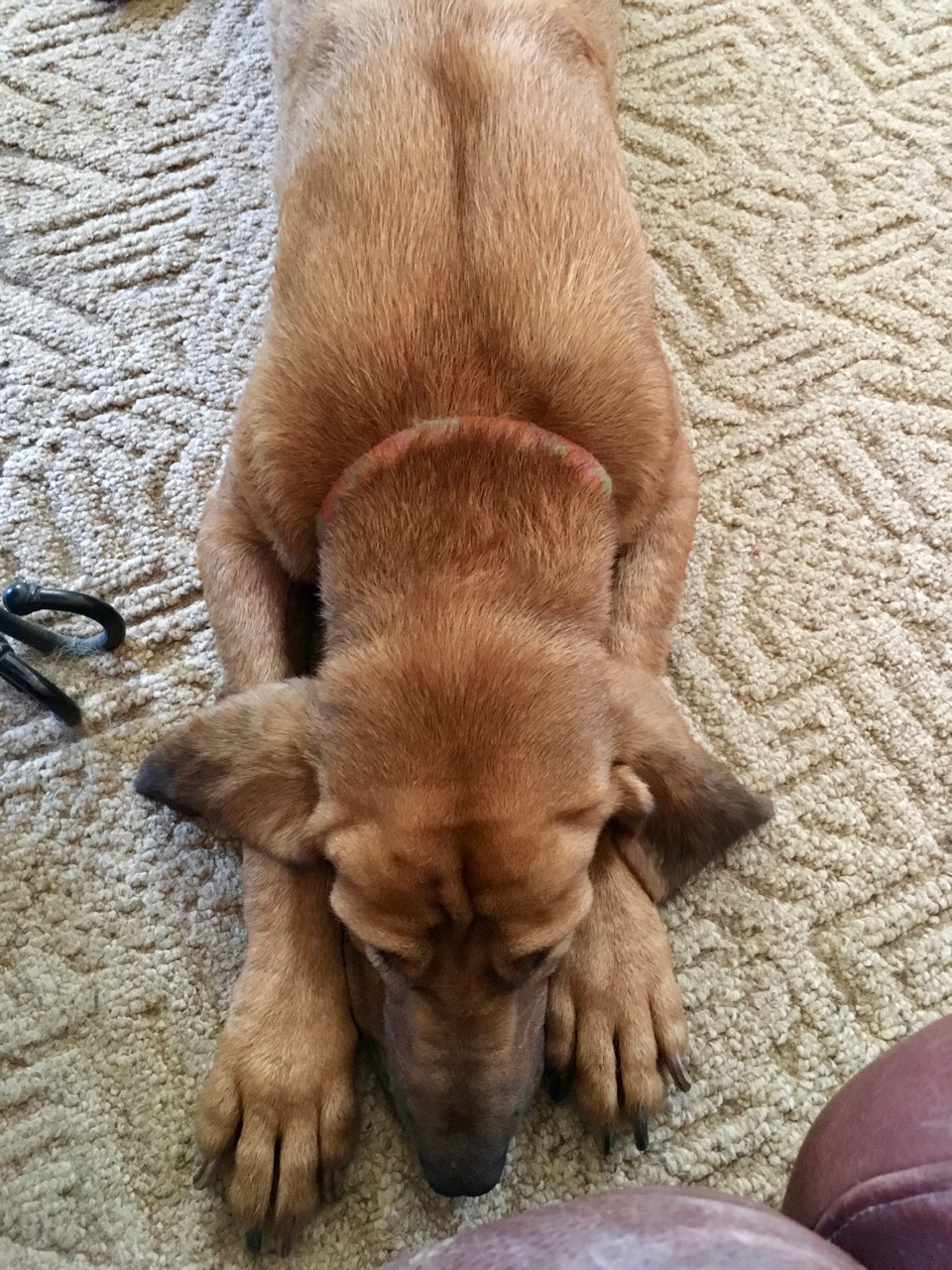 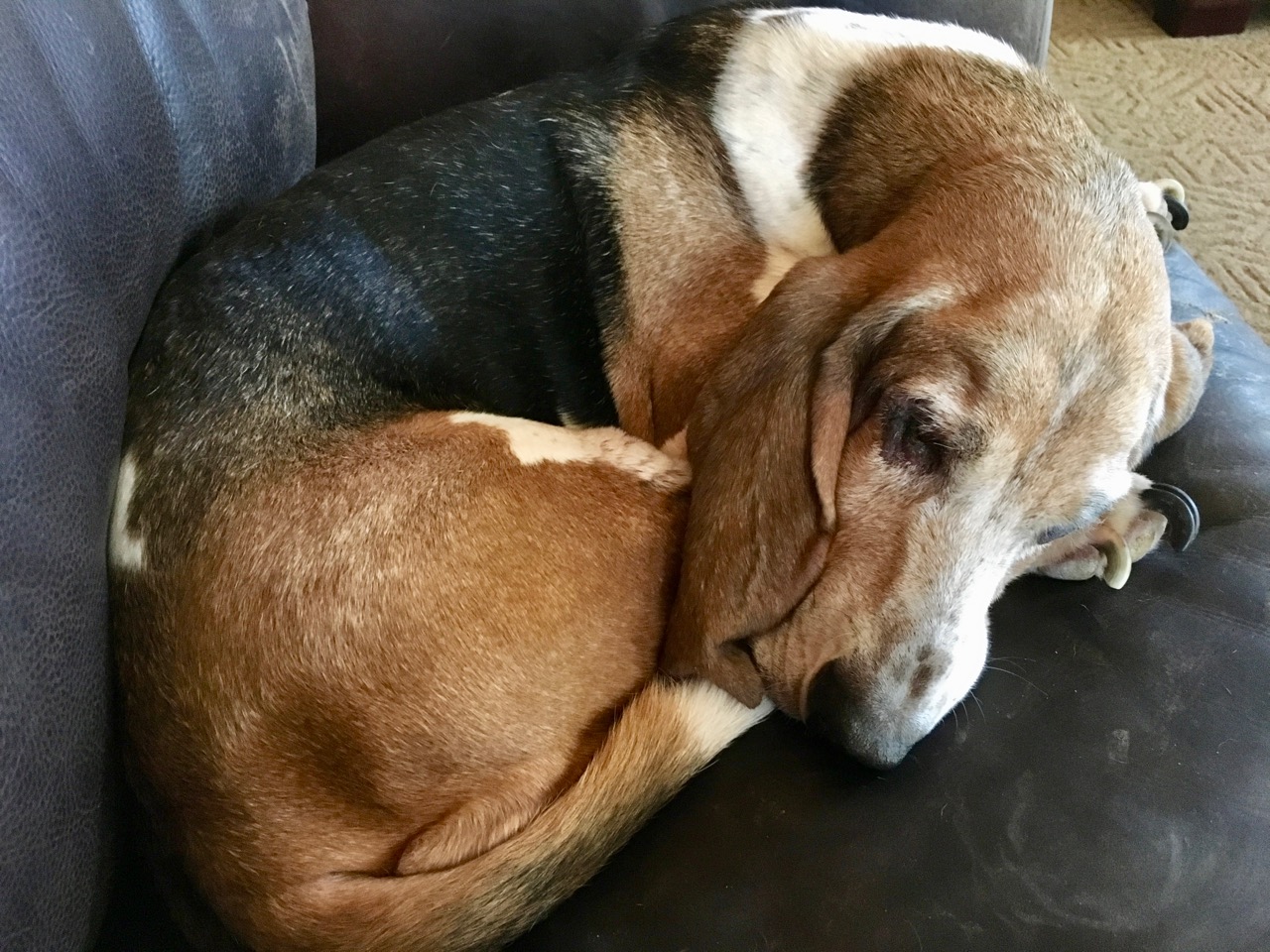 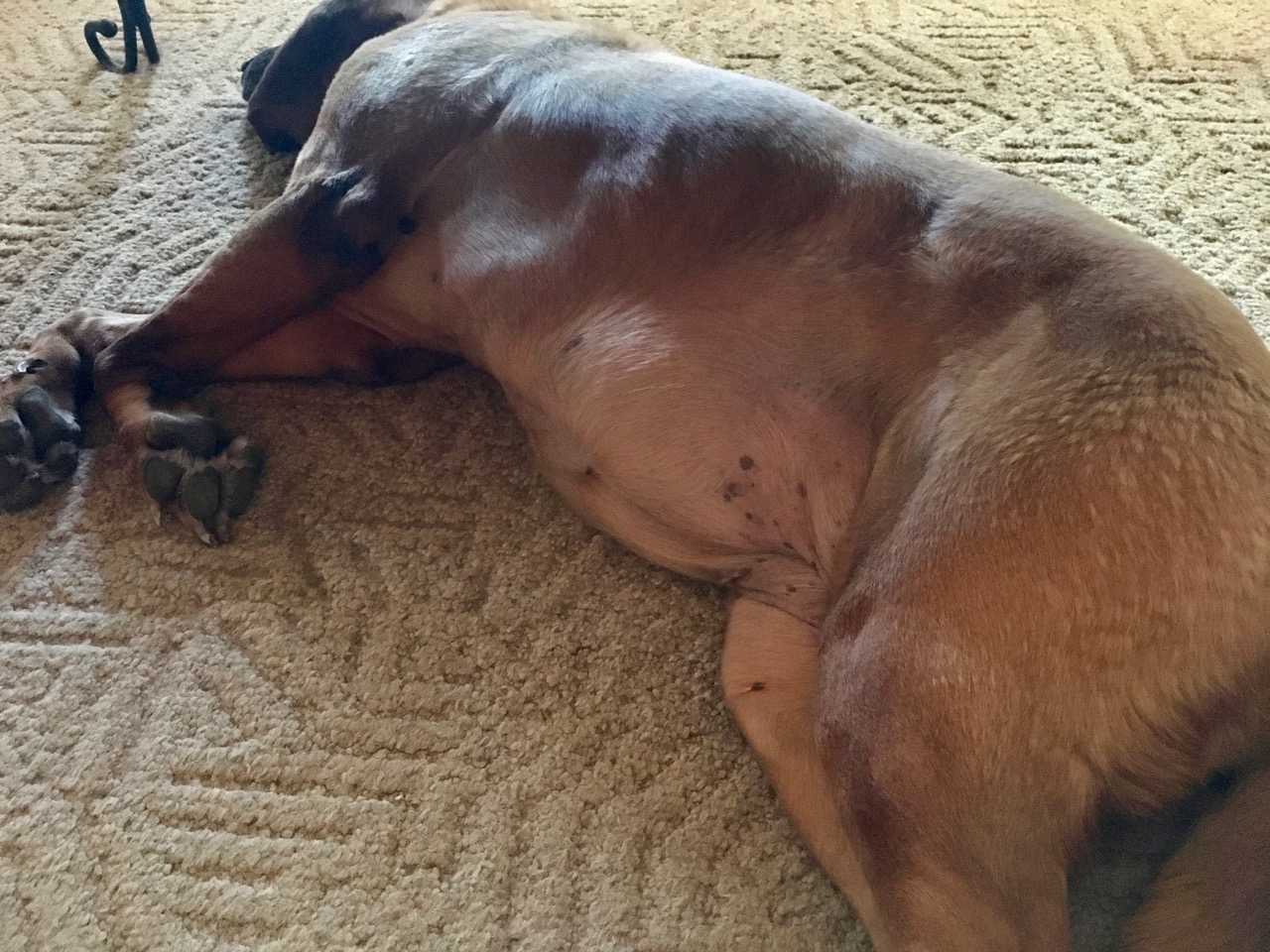