It's Getting Hot and Humid in Early May 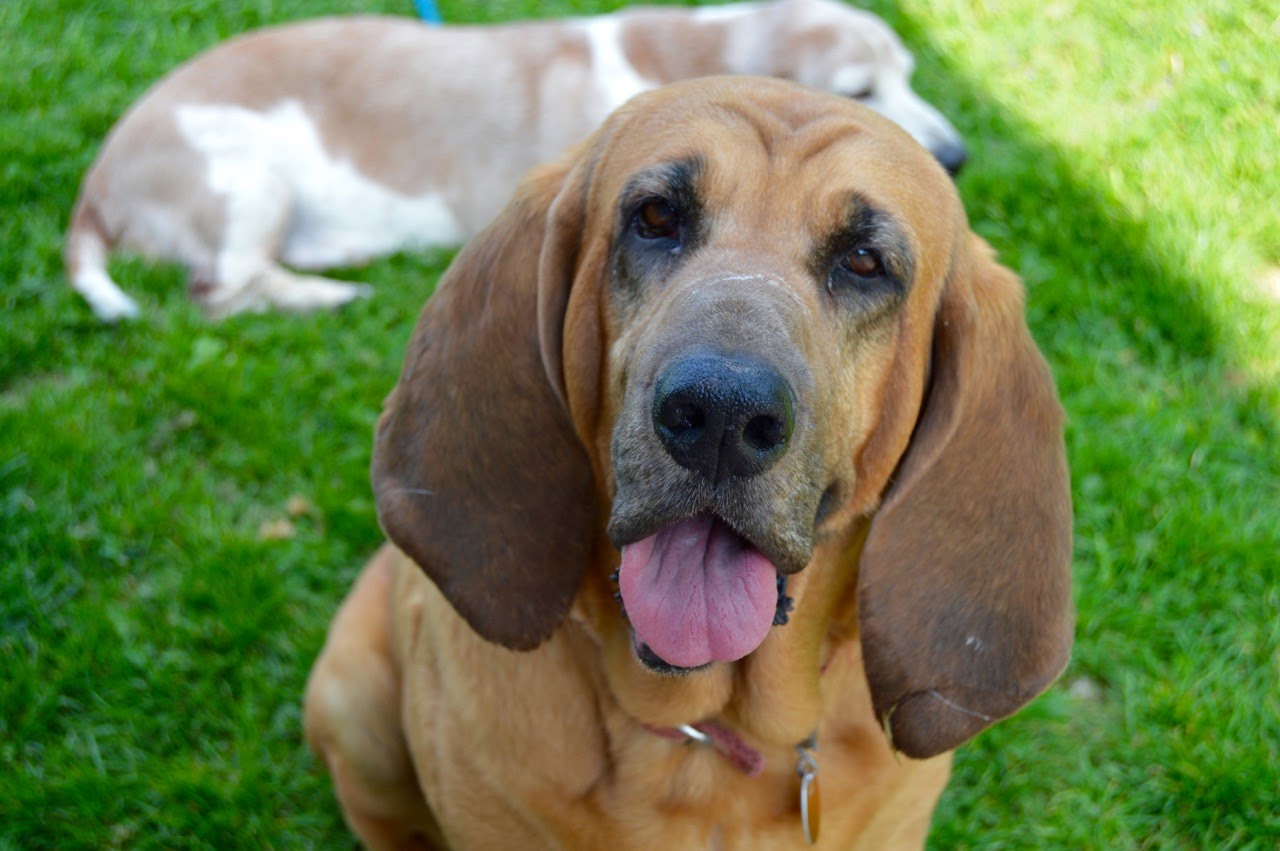 Today ended up being a pretty busy day with no time to explore the local area. I had a few things I wanted to get done today and I ended up getting even more accomplished than I had wanted. As the photos of the hounds show, it's getting hot here in the "tropics" of southern Indiana.

When the hounds have their tongues dangling out of their mouths after zero exercise, I know it's starting to get hot. The past few days the hounds have been waking up and wanting to go outside around 6:30am ... that is about an hour earlier than I like but it's still nice with the sun just starting to rise, so I usually end up staying up.

By 7:45am this morning I was pulling the Mini Cooper out into the drive and giving it a good wash, blackened the trim and tires. I didn't hand wash the FJ but the pressure of the water was enough to at least get the dust and dirt off, so I also cleaned that one up but let the wind dry it off. The weather was still cool and it was a nice time to wash the vehicles.

About 10am I realized I may have made a mistake washing those vehicles because the farmer across the highway shows up with two tractors, one towing a disc system and the other towing his planters. I knew that pretty soon the air would be full of dirt from that field as he drove through the field. 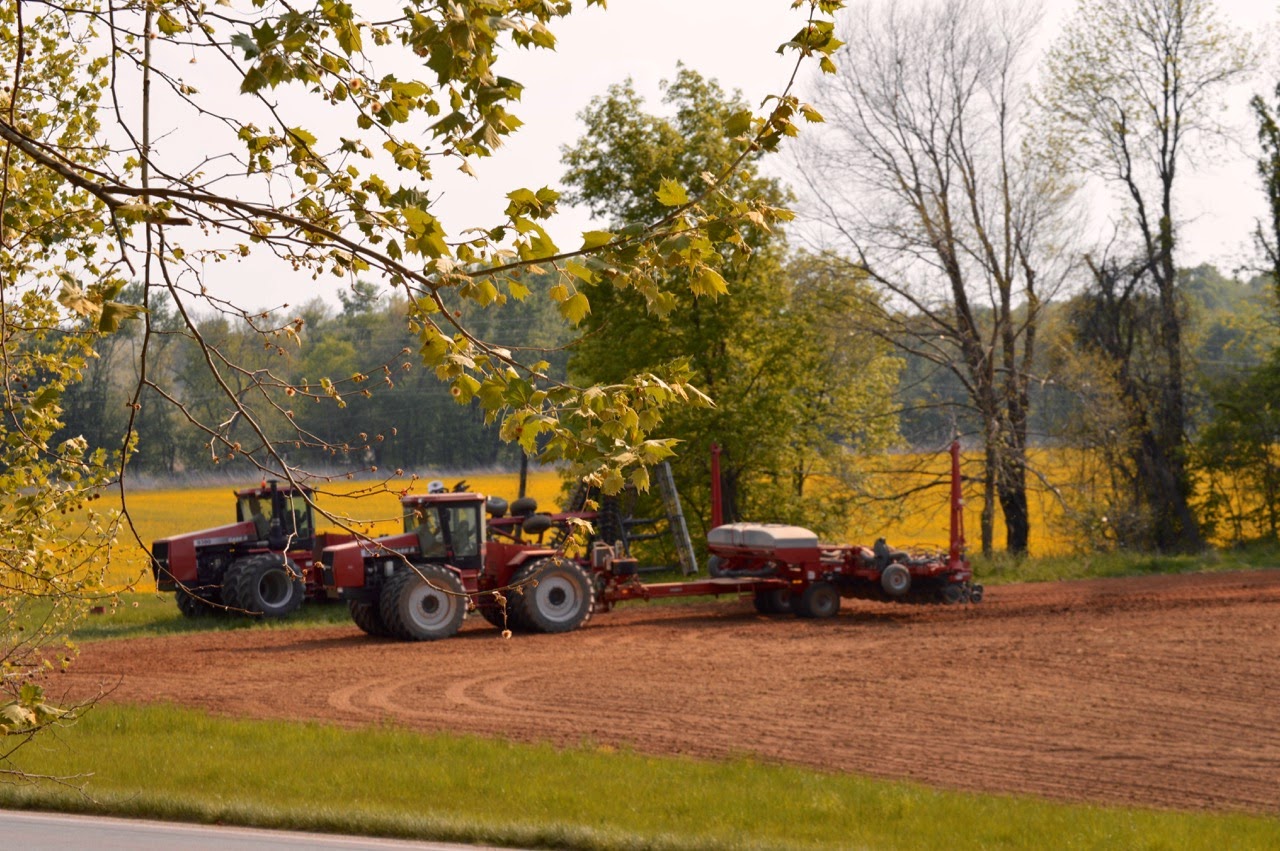 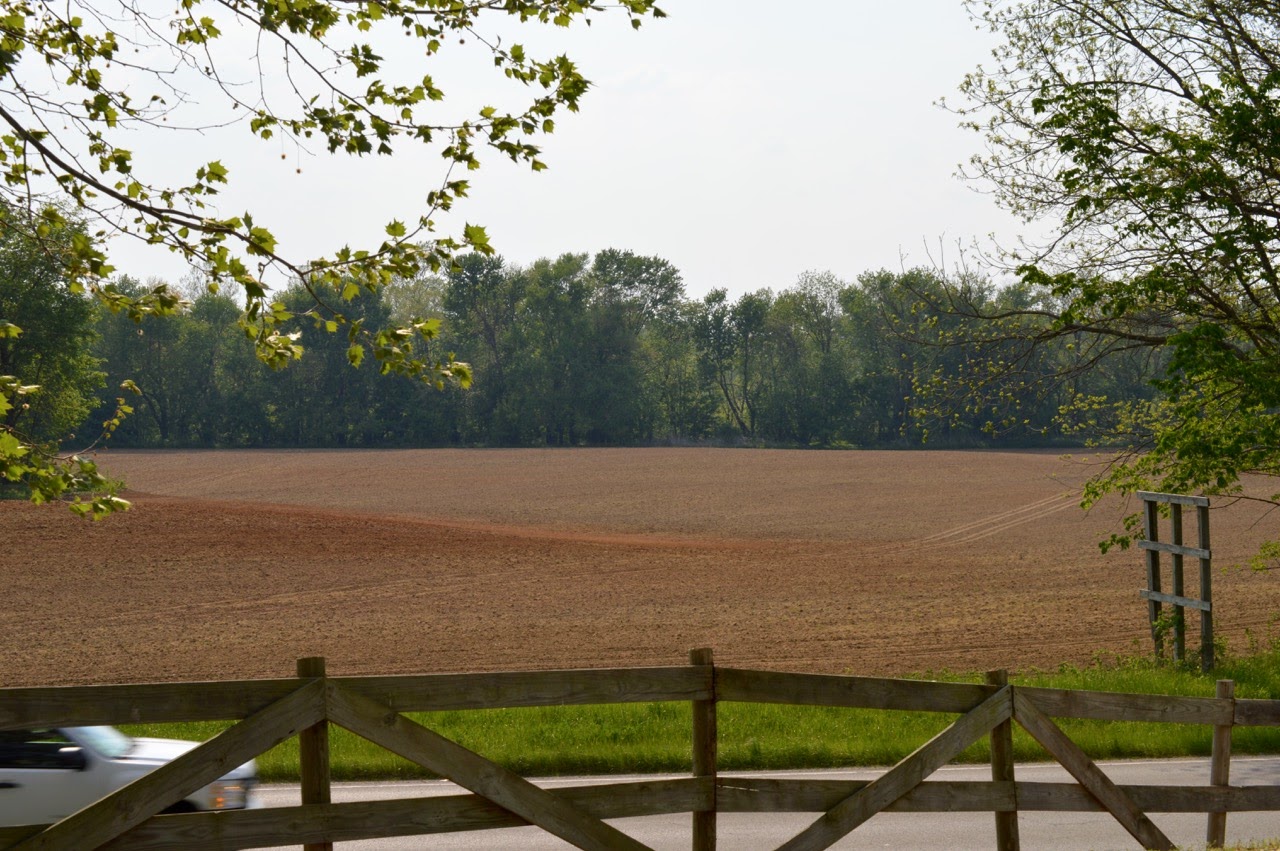 What this disc system did was not only break up the ground preparing to plant either corn or soybeans but it filled the air and my world with pure brown thick dust from the ground that was being broken up. Based on the wind I could see we were going to be engulfed with the light brown haze. I also knew then my car that had just been washed was going to end up with a (hopefully) thin and not a thick film of dust or dirt. It ended up not being as bad as I thought it would. 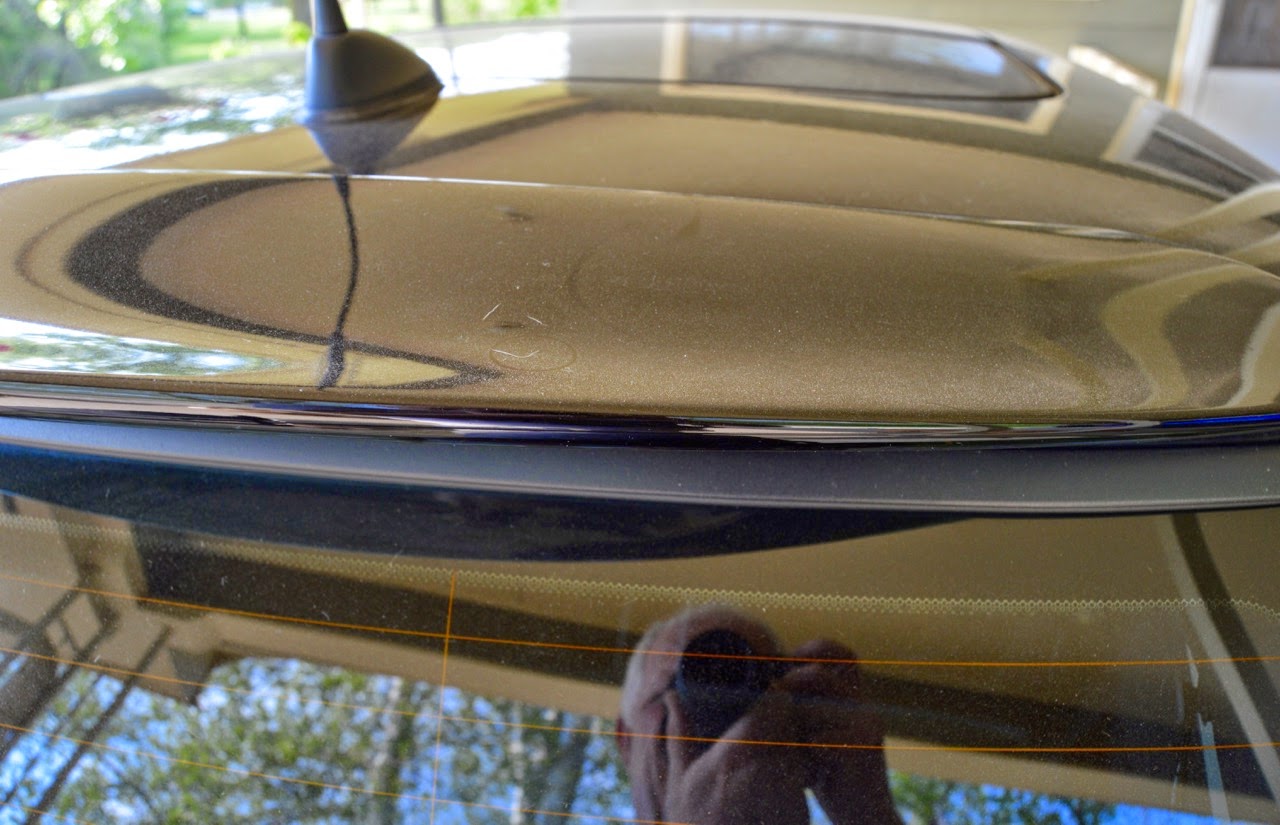 I guess it doesn't matter anyway because rain is in the forecast this weekend, which always seems to happen after I wash a car. That was one reason they were planting today and not his weekend ... the rain.

Between the time of finishing the Mini Cooper, the FJ and the farm work, I ran down to the landscaping establishment nearby and picked out some color for spring and summer. They are not real large but they usually grow fast. Since crimson is my favorite color, that usually is the color I pick for flowers. 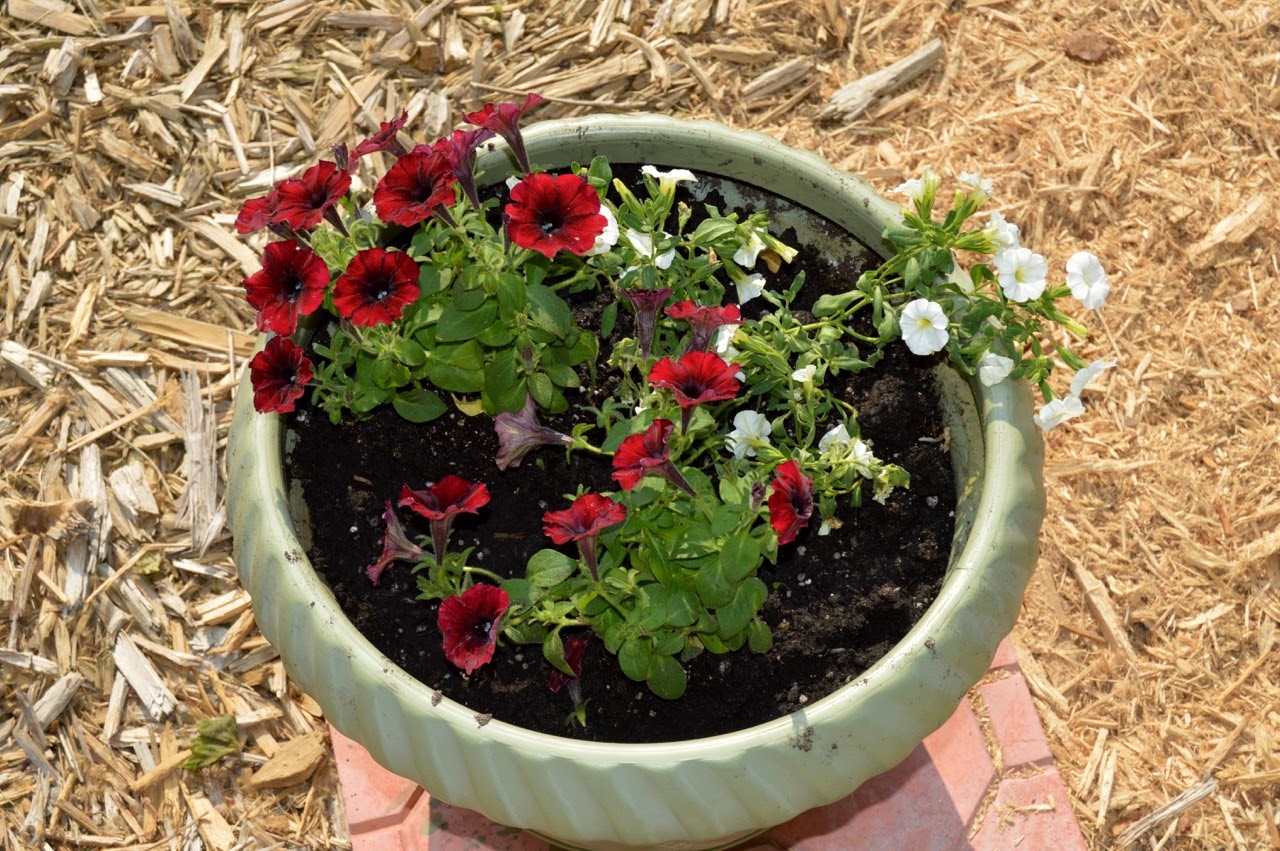 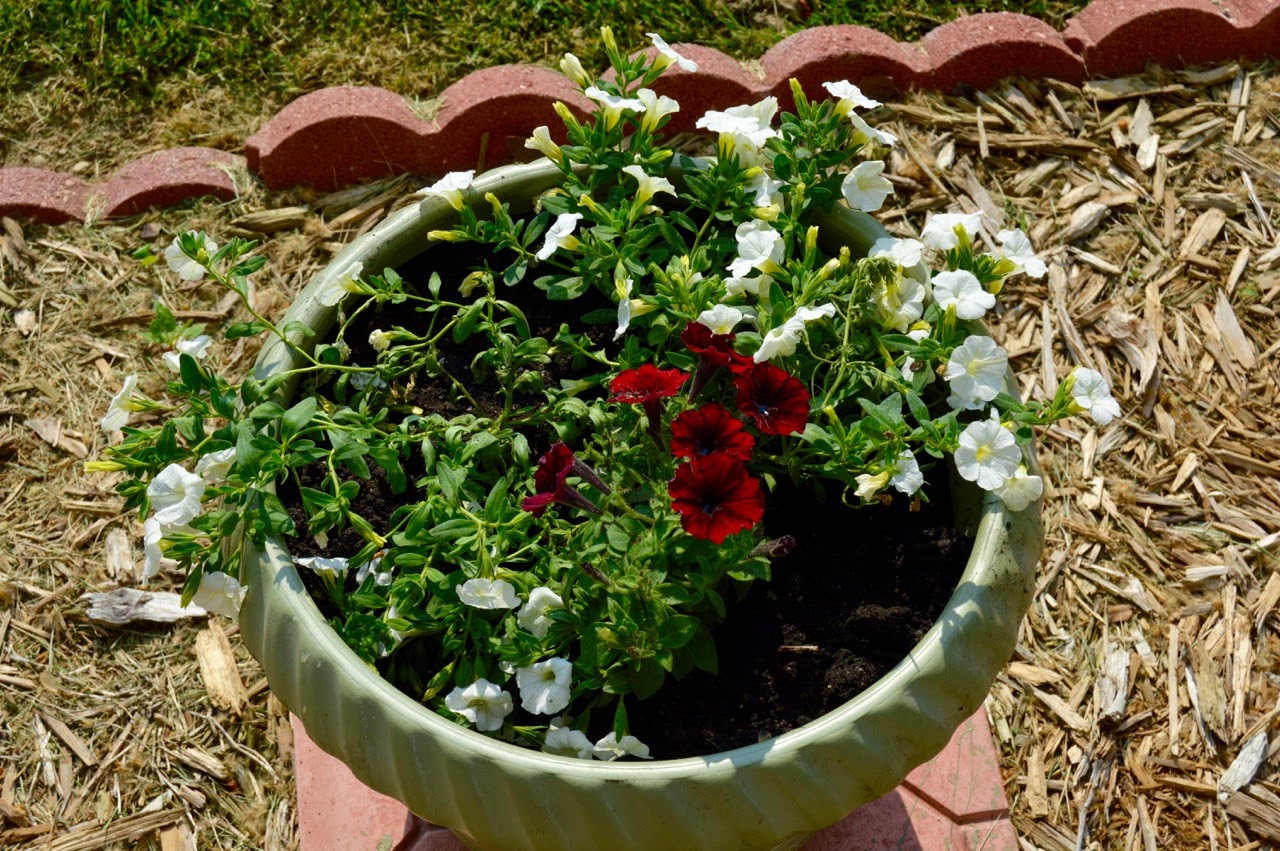 With a little help from Winston and Sadie, as they have to smell anything that comes on their property, I was able to get these into the three pots fairly quick, without too much damage. I should have grabbed my camera but didn't, when Winston decided he would eat a mouthful of potting soil, probably to check out the quality. I wasn't amused.

Later in the day when the sun was on the other side of the house (west) the hounds and I went out back (east). While I watered the new lawn, they sat in the grass with their tongues out. It's been one of those days where they want out and as soon as they get out ... they want in ... back and forth. They must know that they "own " me. I retired only to be their doorman. 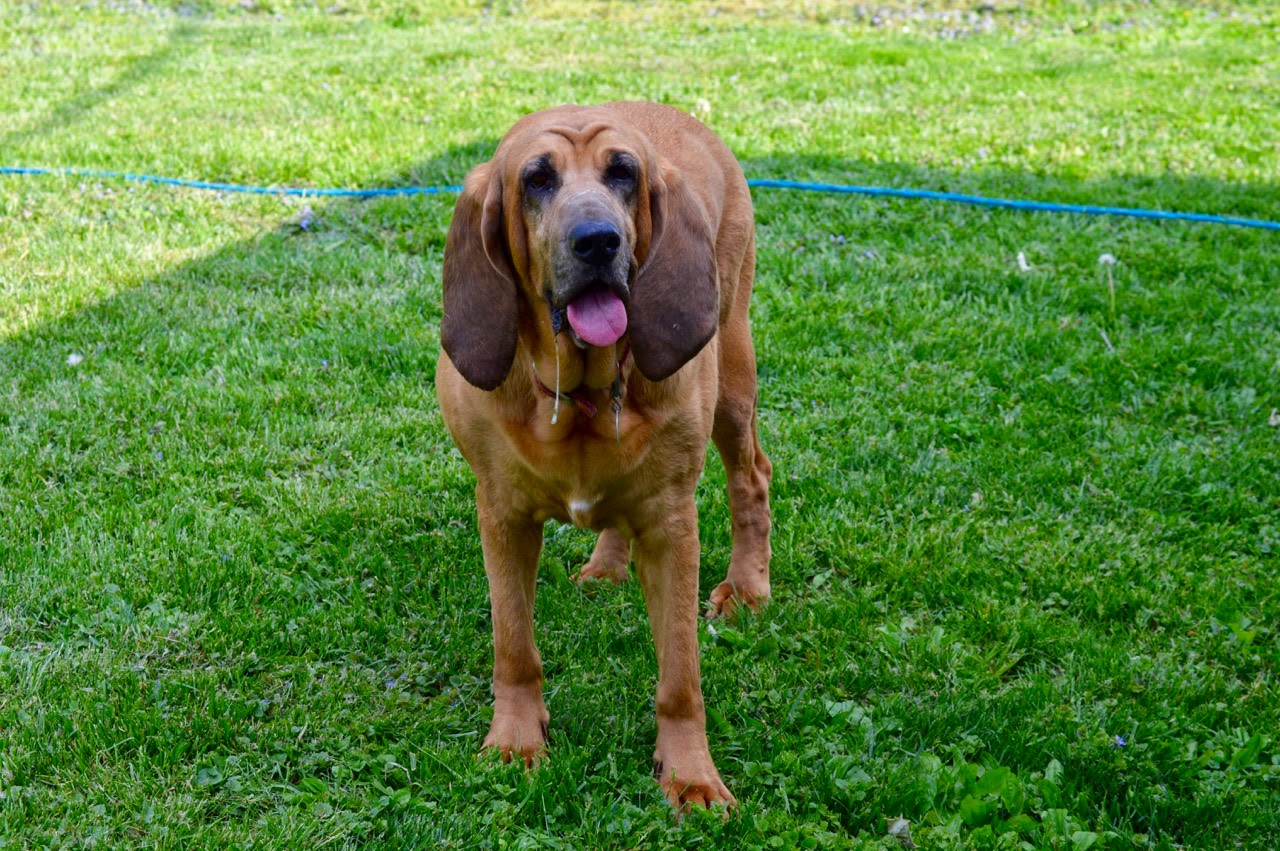 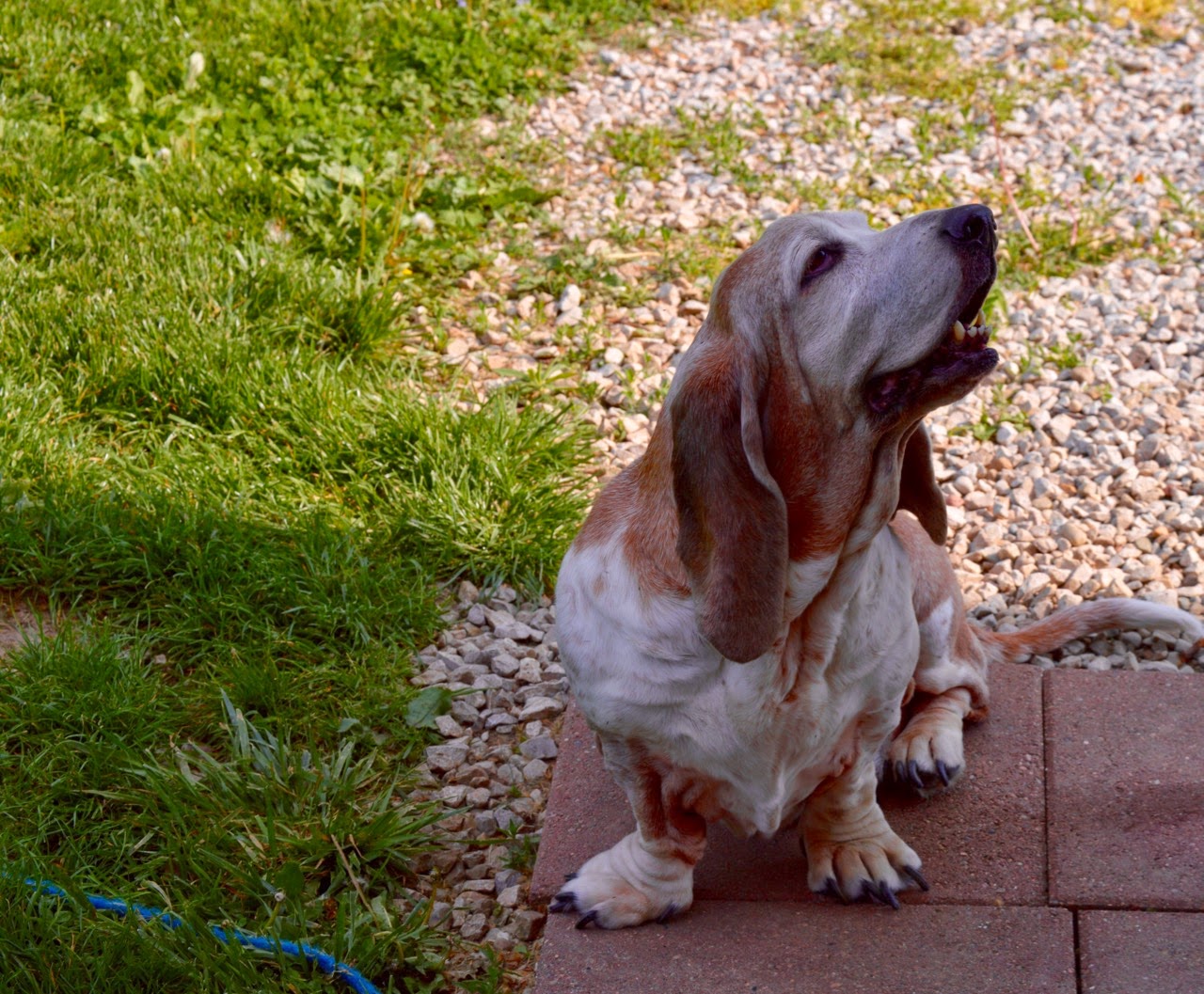 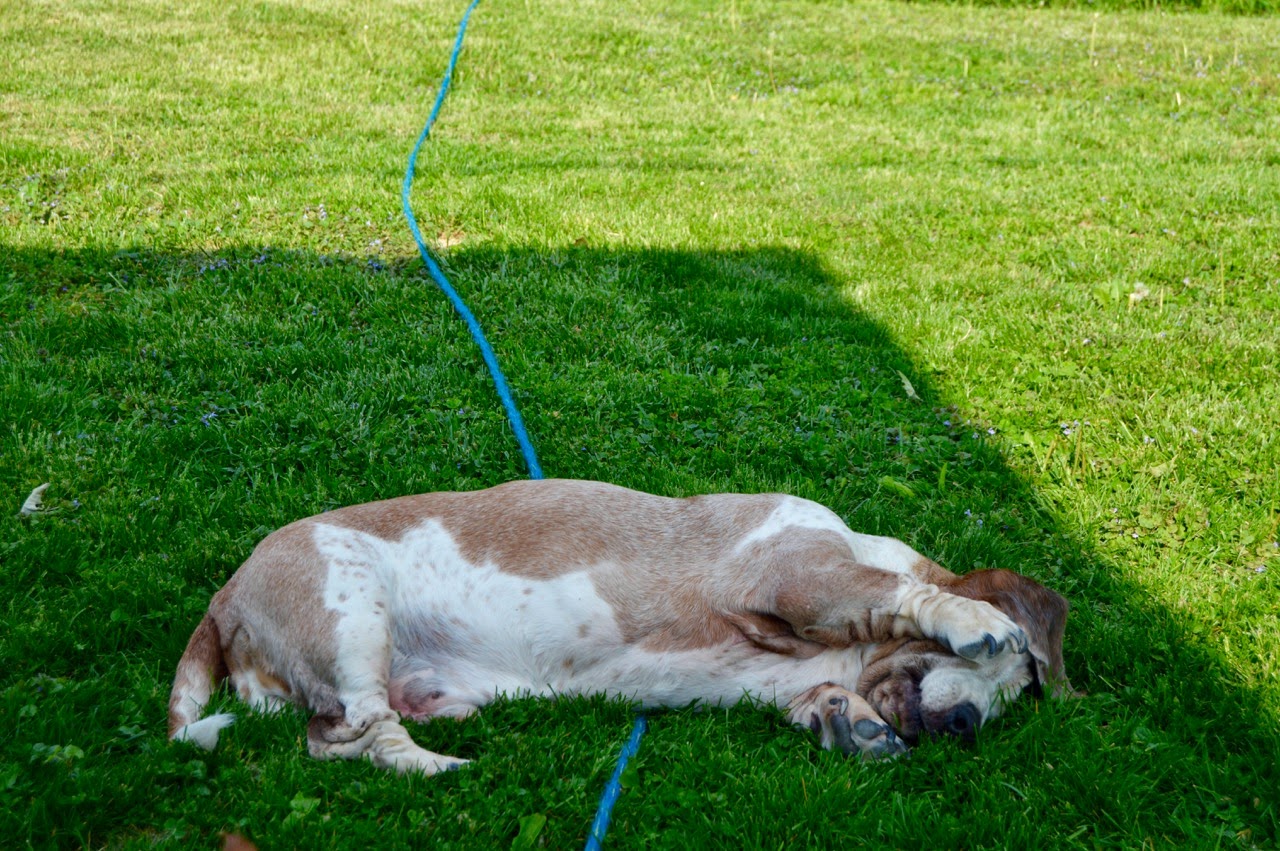 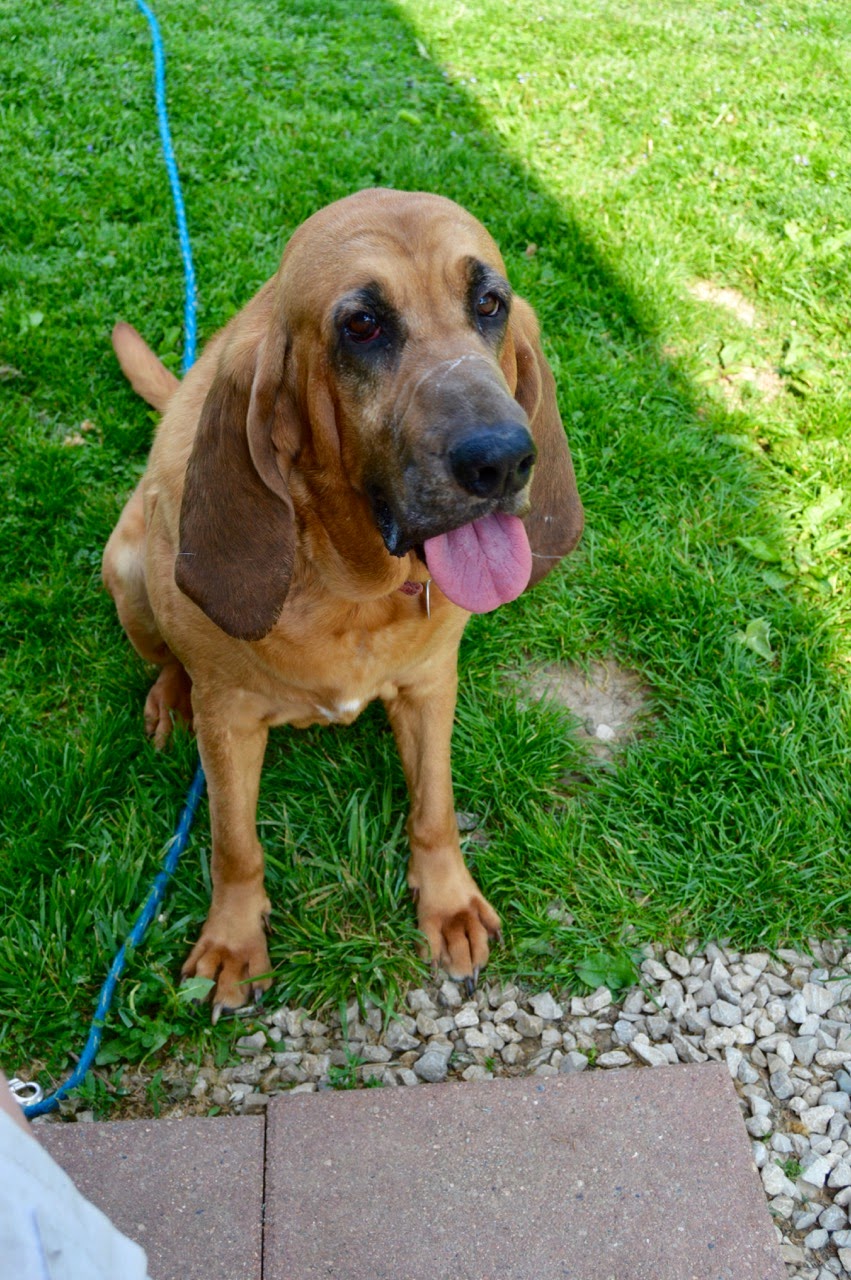 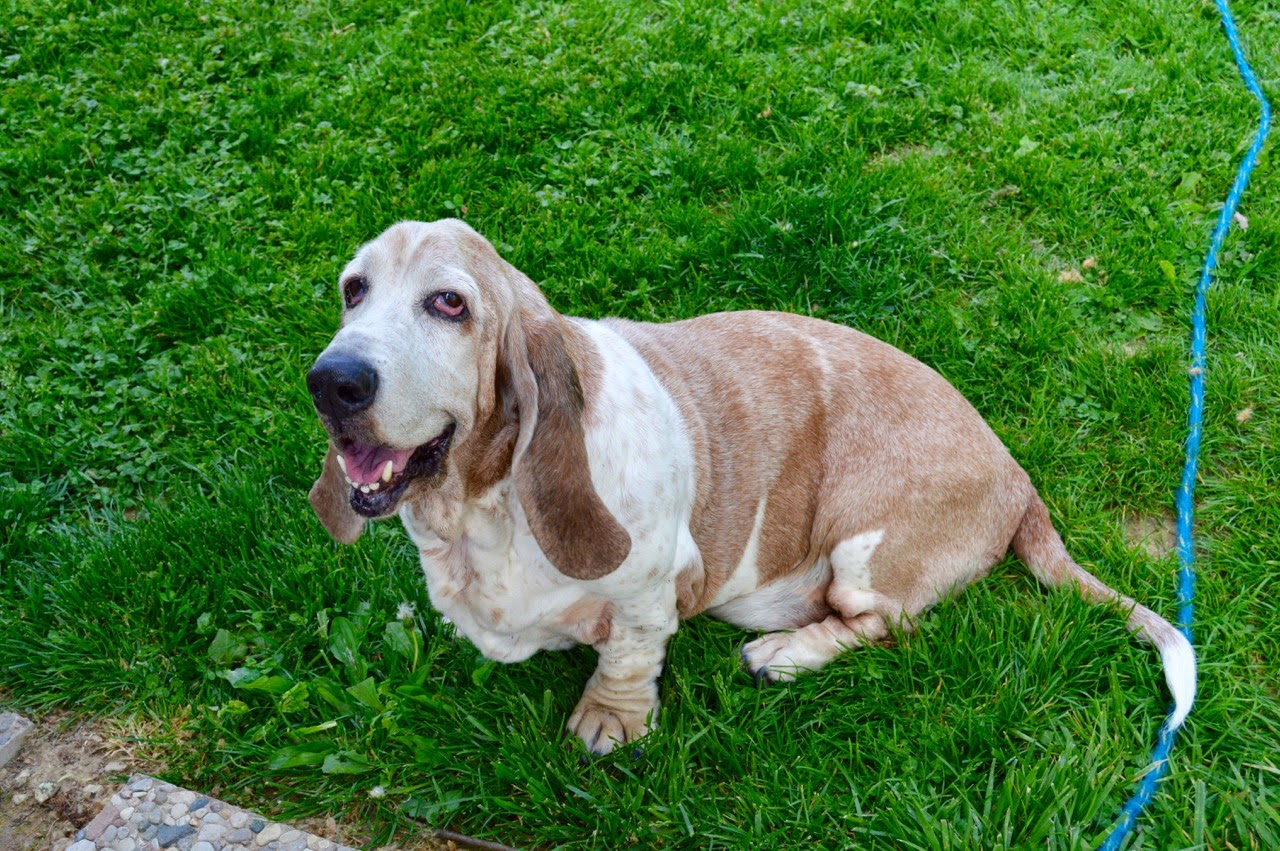 I asked Heidi to come out and enjoy the great weather but I think her look says it all ... By that look I knew the answer to my request. Not only does she not like temps outside below 55°, she also doesn't like it when the temps outside are higher than 80°. She "has it made" as they say ... duck and sweet potato dog food, sleeps anywhere she pleases inside and never has to go outside unless SHE wants to. She has a pretty nice deal. 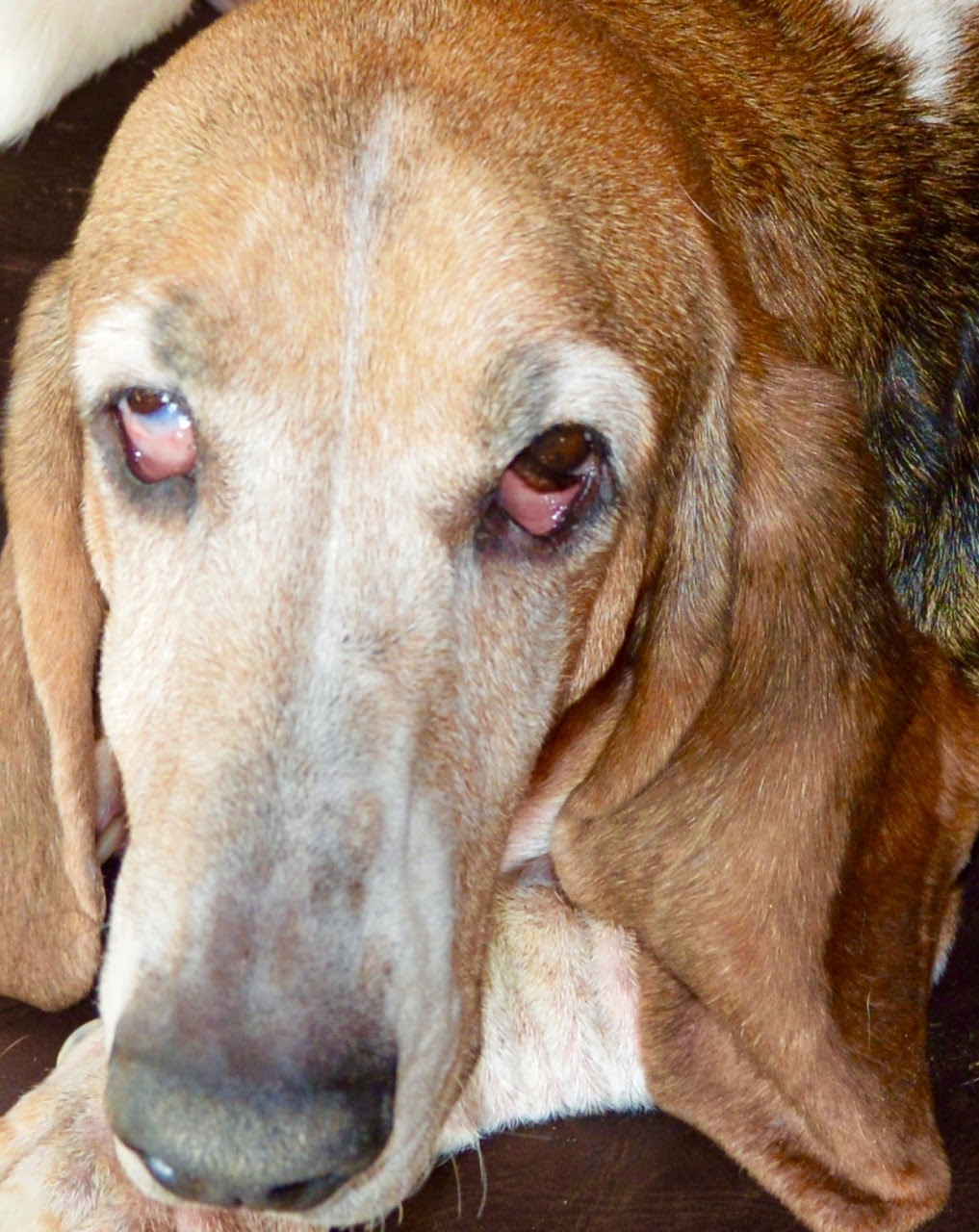 Tomorrow will be more than exciting and since I have only two hands, I will not be able to take photos of the "action" that will take place. It's going to be dog bath day and one of the three dogs hates getting a bath and hates getting her toenails cut.  That leaves out Winston and it' isn't Heidi ... of course it has to be the biggest and strongest dog of all ... Sadie.

So the two "pool" loungers will get their dogs baths first ... and then the "mud wrestling" event will start with Sadie afterwards. For those that are wondering ... wouldn't it be easier giving her a bath outside???

The only difference is, outside she can run further away after she breaks free instead of being blocked by the closed bathroom door after she gets away from me and jumps out of the tub.

Cussing will be allowed tomorrow while attempting to bathe the bloodhound. As far as cutting Sadie's toenails, we may have to drive to the vet and let him/her do it. Sadie is big and strong when she is determined she isn't going to do something. It should be fun!!

Speaking again of the back area that I have burned out, tore out roots, vines etc ... I have taken photos of what is growing besides my new grass. It's okay because I am taking the long slow approach to this new "yard" and maybe the "un"professional way of doing this job. I could have borrowed a friends tiller and ground up all the area, planted grass seed and covered it with straw. 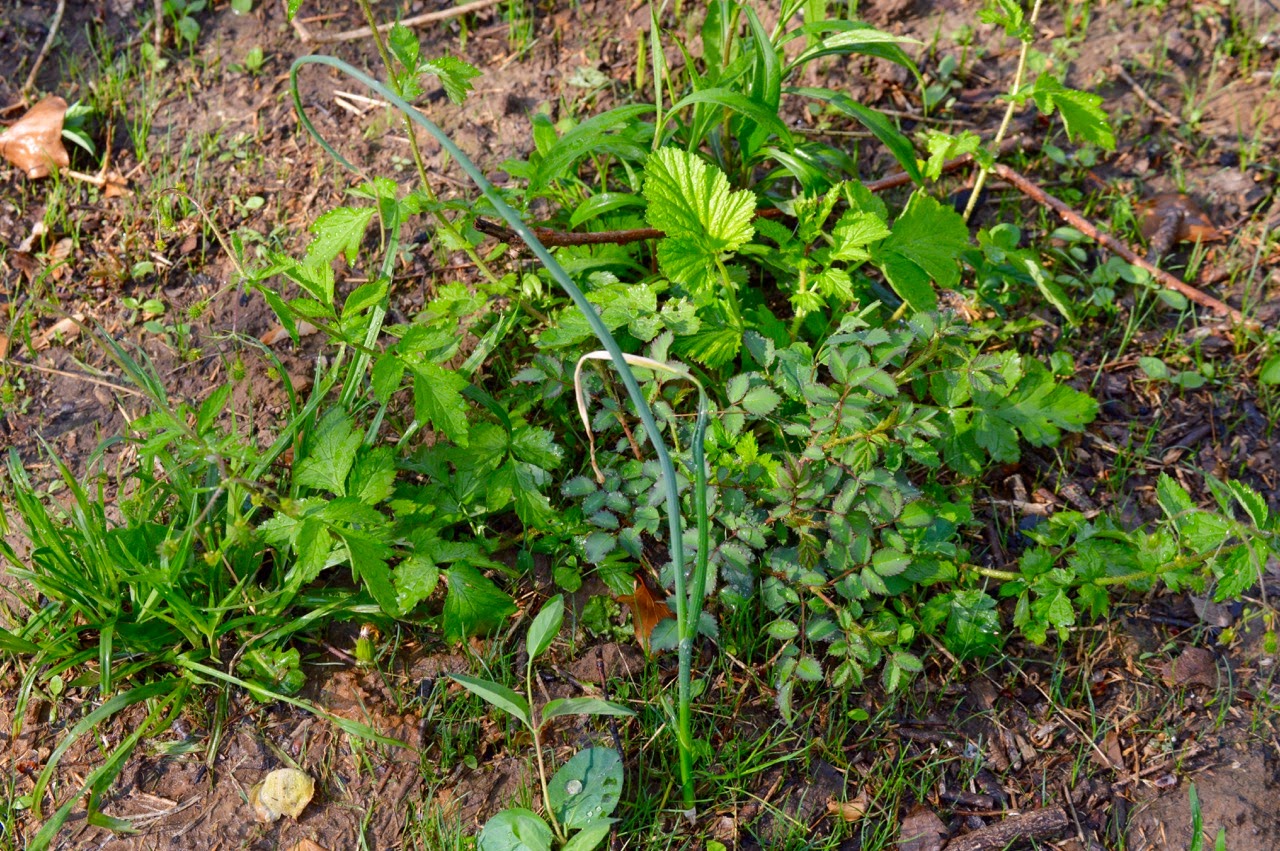 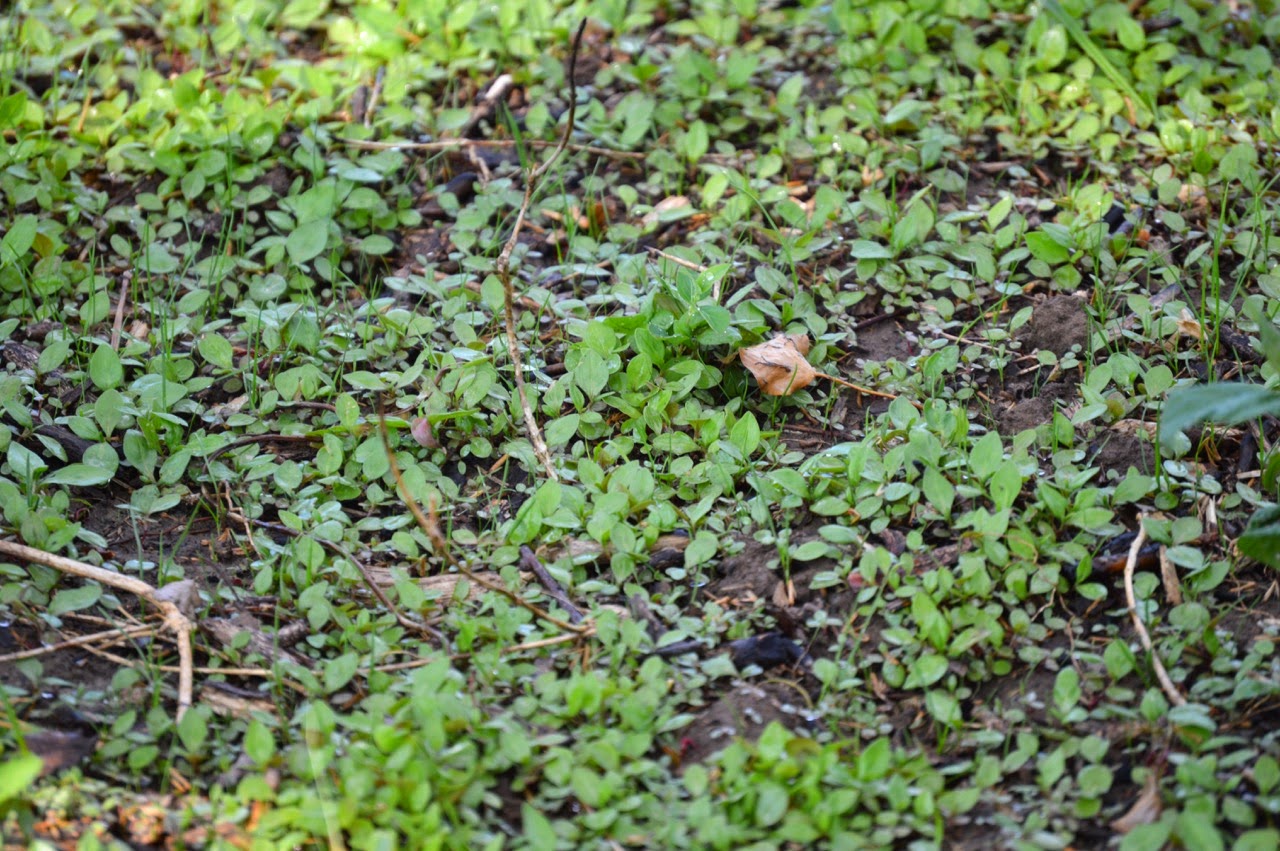 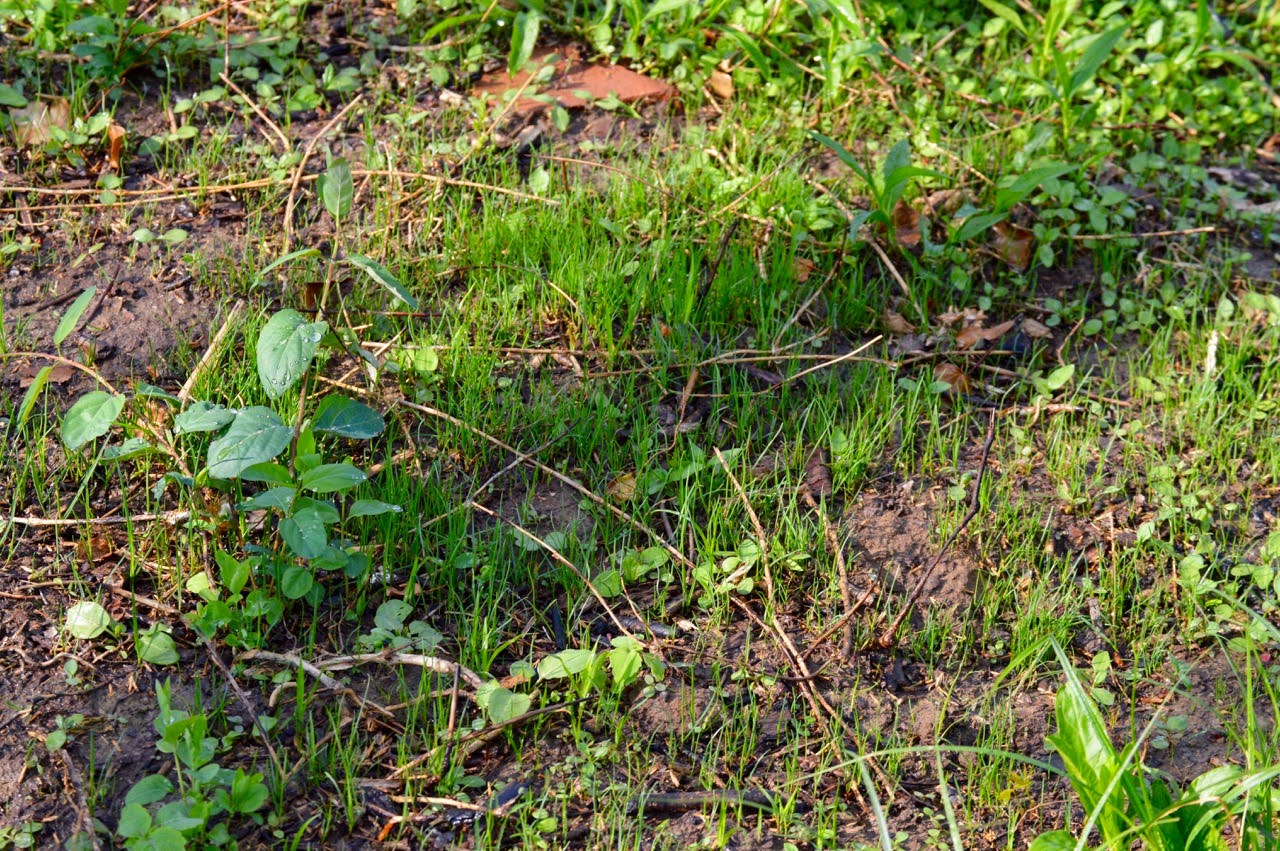 Instead I removed as much of the vine roots, small saplings and weeds the best I could then raked the area before planting grass seed, with plans of watering it twice per day.  Being right next to a hay field or any kind of field, the mole traffic is hard to control and they have made their way into the new territory.

With the long slow way, I am willing to let everything grow besides the grass and keep it mowed on a regular basis only a couple of inches high. Eventually the grass will over take the different things pictured with some help of Scott's Weed and Feed later in the fall. That theory has worked before, so we'll see.

Feel free to let me know what you see growing besides the new grass.

I have a few more photos of the bridge I saw yesterday. It still amazes me just how old that steel bridge is. As I walked out to the middle of the bridge I was almost expecting the bridge to squeak or at least make some kind of noise. I guess it was best that I heard nothing as I walked around. 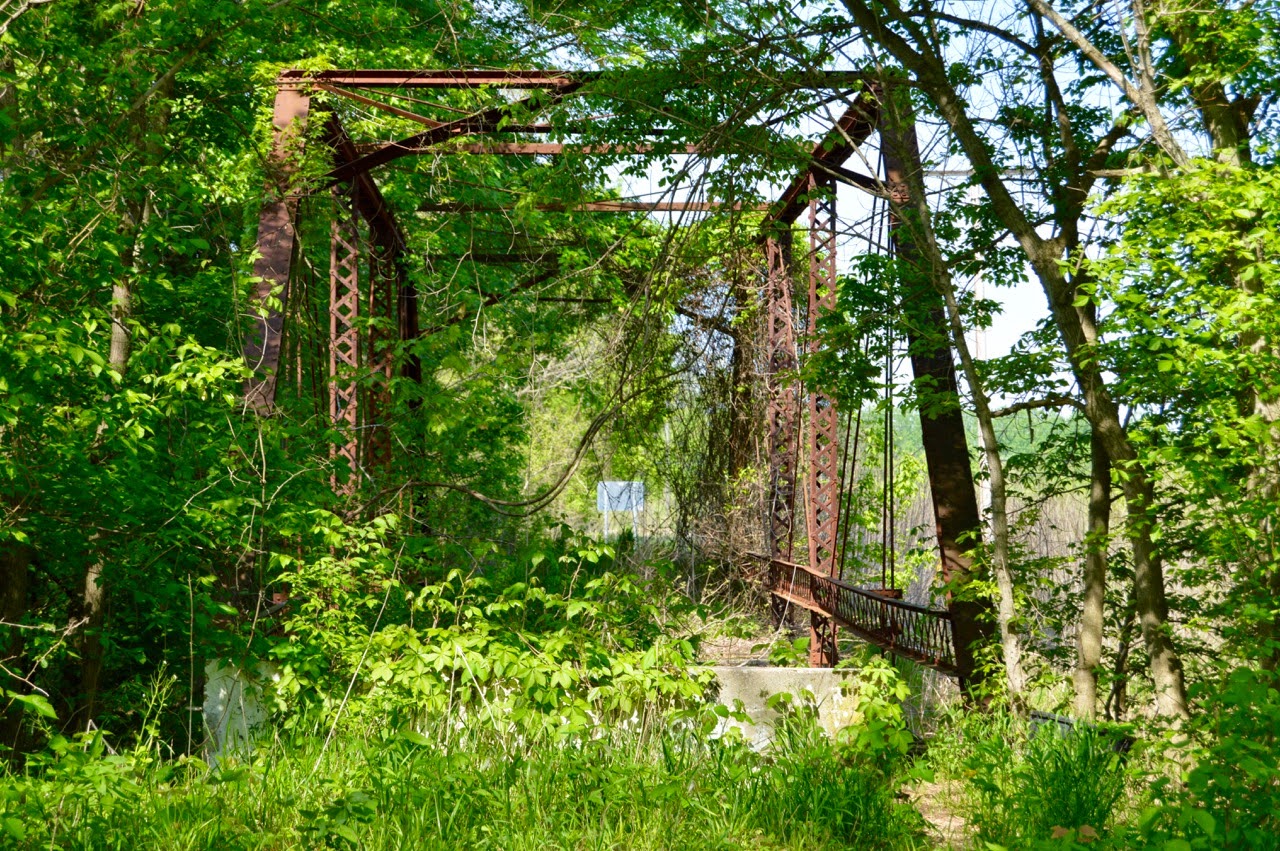 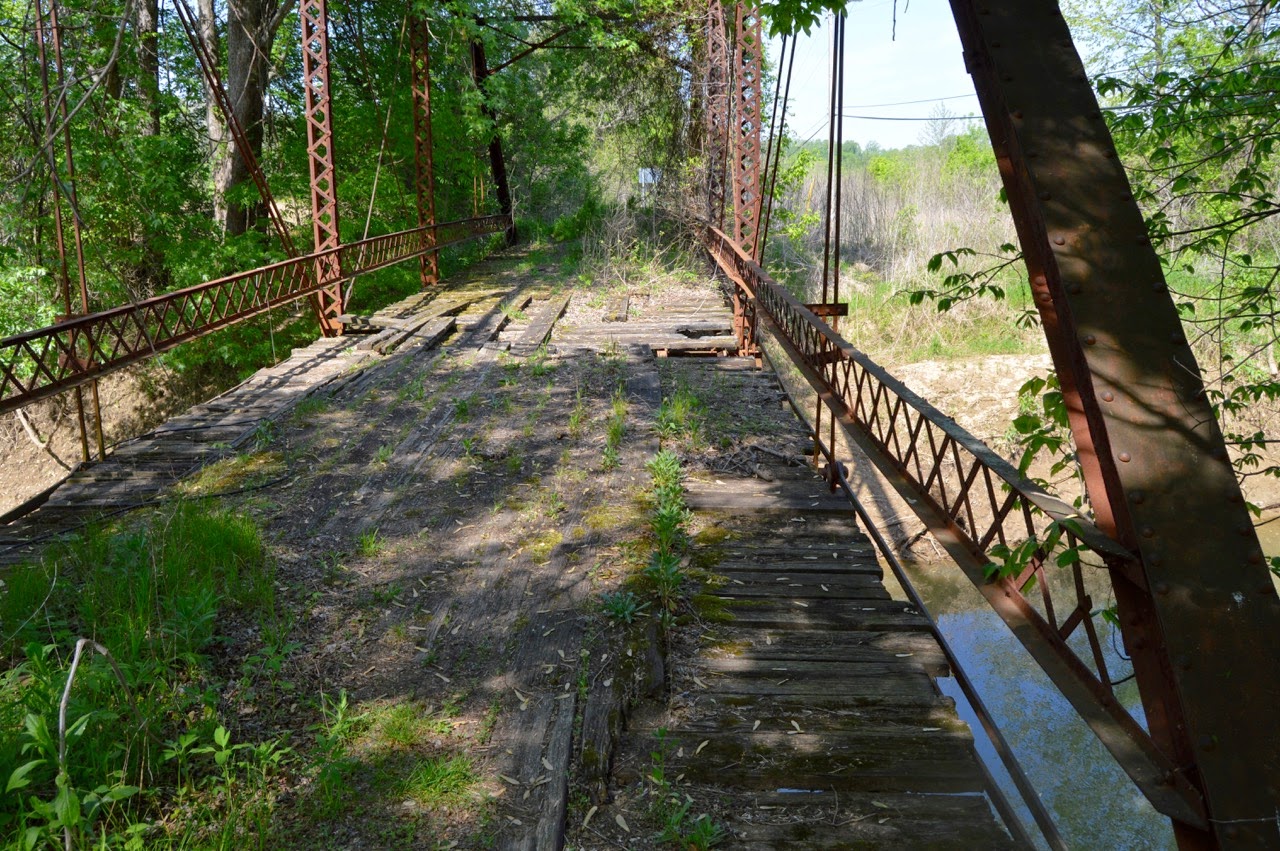 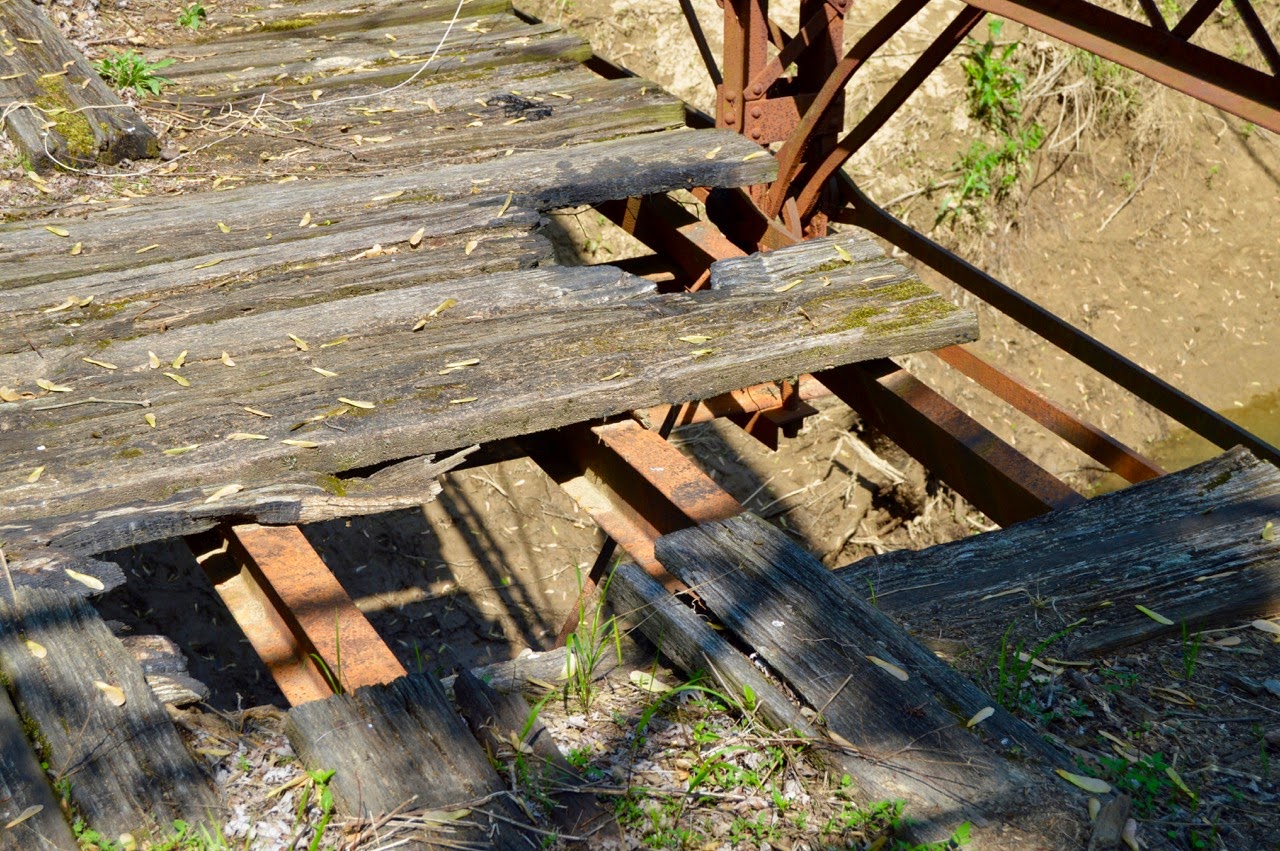 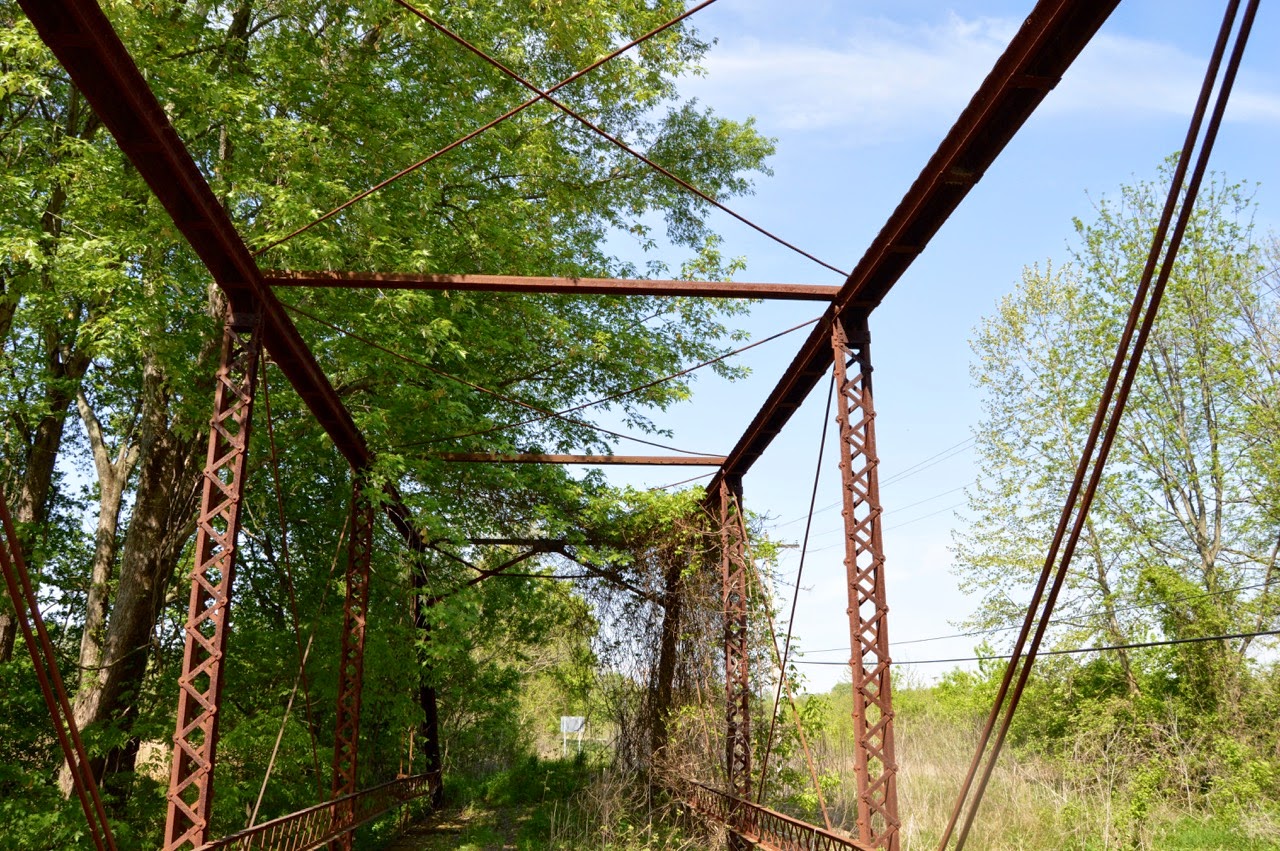 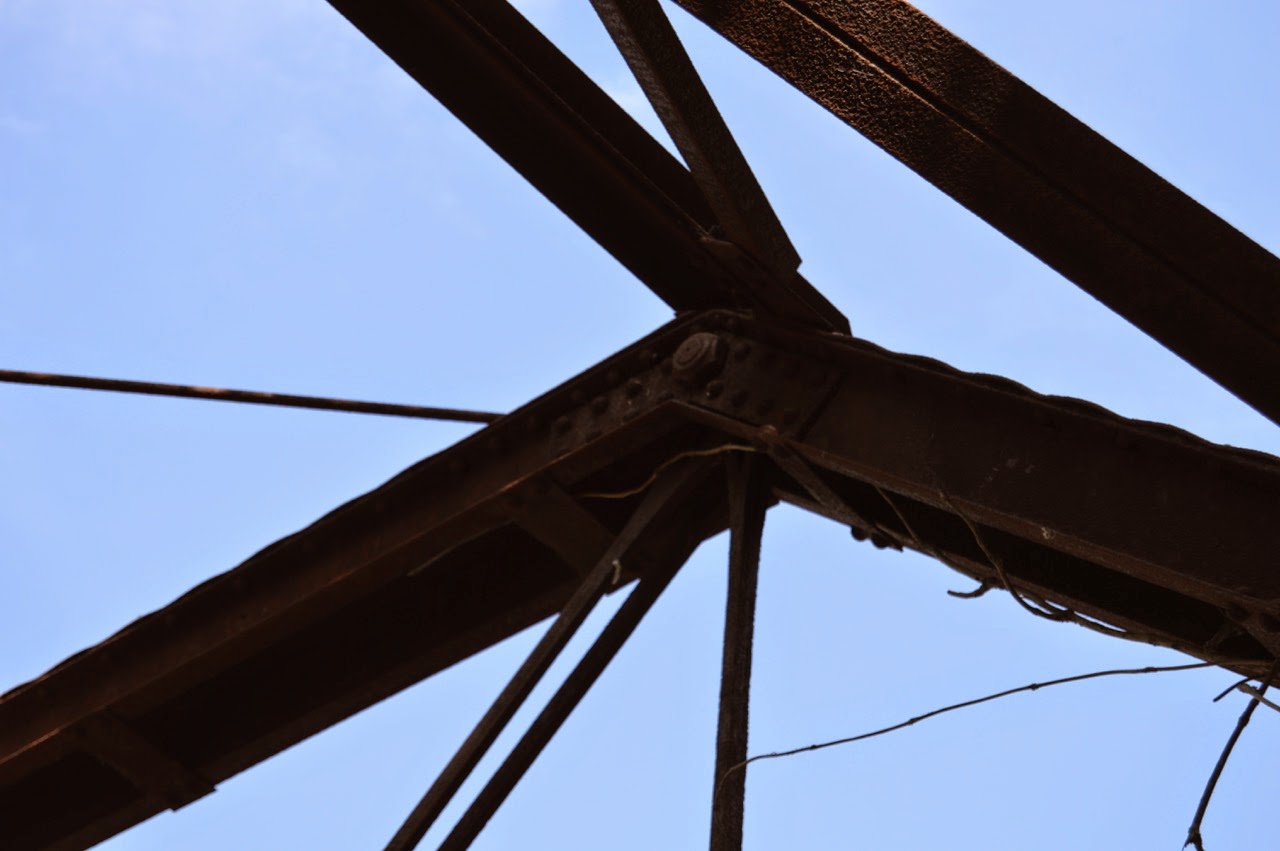 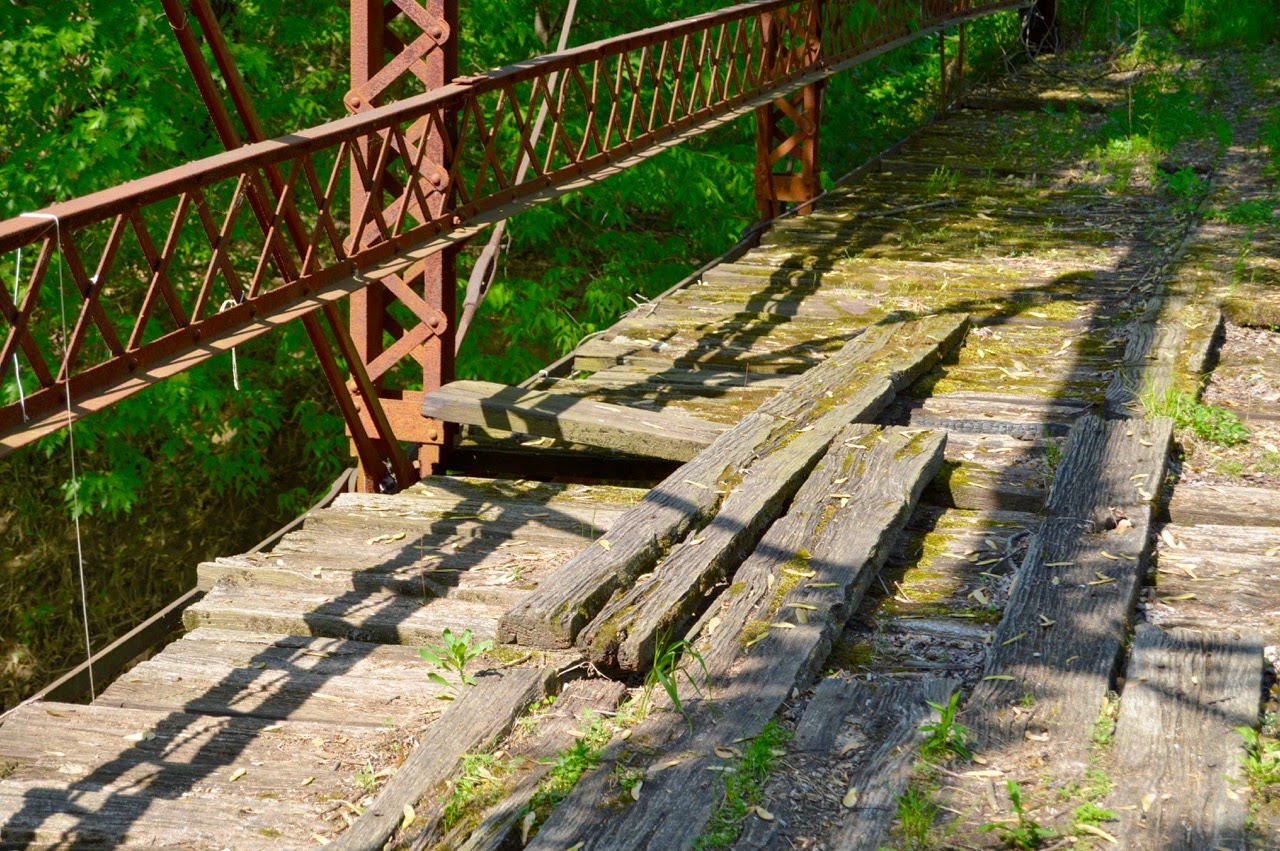 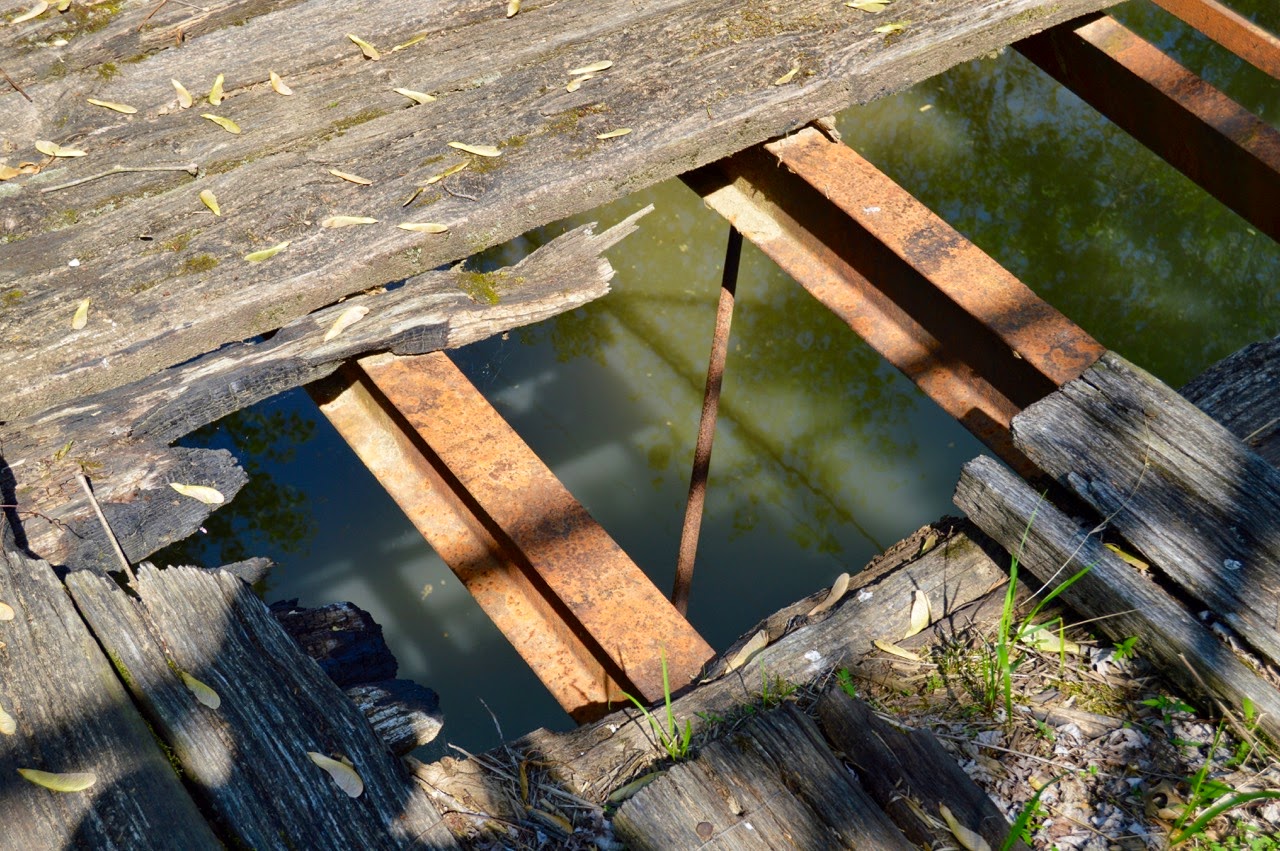 That is all from the "tropics" of southern Indiana.