It's Always Hazardous To Run Out of Coffee 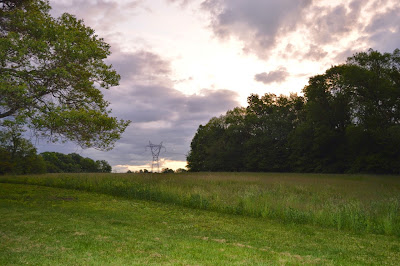 The hounds woke me at the usual time around 6:25am ... or should I say Winston woke me at 6:25am. He's getting older and when he whines to go outside he means it, but he is also great letting me know that he does have to go outside. 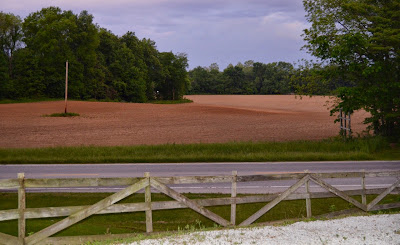 The sky was beautiful so I ran back inside to get my camera. After looking at the photographs I have to say the sky colors were much more dynamic in person than what these photos show.

We proceeded to go back to bed until 9am. Of course Heidi doesn't wake up or go outside with the other two at 6:25am .. she never does.

When I posted yesterday about being "out of the zone" and not knowing why ... well this morning I think I figured out why. When I opened my eyes this morning and felt for any kind of pulse to let me know I was good for another day, I realized I had not had my morning coffee for the last 5 mornings. I had a rare headache Wednesday night but I thought that was more from watching the Cincinnati Reds play bad baseball with a minimum wage of over $400,000 per year, than it was from my lack of caffeine.

The routine is always the same, letting the hounds outside, make coffee while they are outside and then let them back inside after the coffee starts dripping into the pot. That routine was off this week. I was out of coffee.

I wondered if the lack of a good cup of coffee to start my day might be the reason for my lack of productivity and a foul mood that I wrote about yesterday?

Last Monday morning as I was grocery shopping and adapting my shopping to only the produce, meat/fish/poultry isle to fit the new diet ... I missed the coffee isle. I didn't realize the error until I returned home 12 miles later. I was out of coffee. I knew then it might be dangerous for me to proceed without having that morning cup or those two cups in the morning, but I thought I'd give it a shot.

Since I only drink Seattle's Best Coffee and Starbucks, most of the time, it was going to take me 25 miles round trip to pick up a pack of coffee. My local IGA grocery store carried Starbucks at a higher price but it closed at the end of April due to very poor management by a new owner. That new owner was able to destroy a local 40 year grocery business within 4 months after taking ownership. It had carried "my" Starbucks Coffee and was only a mile away. 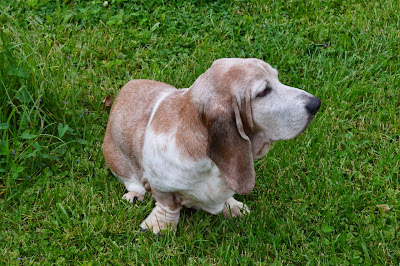 So it was going to be a 25 mile roundtrip just to get coffee. I knew this morning I needed a cup and was willing to do whatever it took to have a cup before doing a list of things needed to get done. While taking some photos of Winston and Sadie you would have never thought a torrential downpour was just 10 minutes away. It wasn't sunny but storms did not see like a possibility.

After the photos, and telling the hounds I was off to buy coffee, the skies opened up 4 miles away raining so hard I could barely see. A lot of people couldn't see so there were a line of brake lights coming in the traffic ahead of me. When I left it was partially sunny 67° and looking like a great day ... so every window of the house was open.

It rained hard off and on and by the time I got to the Walmart Super Store, it stopped long enough for me to get inside. I felt better just picking the package of coffee off the shelf. I knew this was going to be the solution to my "twilight zone". I grabbed a couple of great tasting cantaloupes, some fresh strawberries and fresh blackberries ... and I walked through a hard rain back to the car.

I thought I might be the idiot of the day for driving 25 miles round trip to pick up some coffee but I was wrong. I was not the idiot of the day. There were more than one winning the idiot award today and that was 6 different golfers, sitting in 3 different golf carts in 3 different places along the fairways that run next to the highway. Why did they win the award? Everyone addicted to golf one time or another has played in the rain but these 6 golfers were sitting in their golf carts UNDER TREES as LIGHTNING was putting on a great sky show.

I might be wrong about that assumption but I think I remember there is something about being around trees when there is lightning going on. Were the rubber tires of the carts enough protection for them? So maybe I was the idiot after all.

One of my readers, Ed Frey, made a very good comment on my weird blog post I made yesterday. It mainly pertained to me but then I starting wondering how many other bloggers fall into the same trap that I sometimes do? We start blogs for our own journal, maybe to keep family and friends updated with traveling or just a document that we can come back to later on as reference. Then unexpectedly we have a few followers that for some reason find what we write or the photos we take, are interesting enough to come back day after day.

Interesting enough, they keep coming back to read your blog even when you are not traveling, blogging regular or even writing a lot about nothing. Without trying to, over the years a feeling of an obligation may develop where the blogger starts thinking they have to write, even when they don't feel like it. The feeling of obligation to their readers finally hits them up the side the head when they post they can't come up with something to blog about. If you were writing to yourself you wouldn't say that. Still it's nice to let your following know that you are taking a day/night off from blogging. Some people may shut their blogs down temporarily, and/or may feel like they don't want to blog anymore and disappear without a word.

With my background of online sales between 2005-2010 I use to analyze my websites traffic. It was a requirement to help maximize your websites visitors, that hopefully turned into an increase in sales. It became a habit, with an eBay Store, an Amazon Store plus a couple of additional websites. So I have always enjoyed looking at the blog traffic stats seeing where people are from, or why I am getting visits from Russia or the Ukraine when they are busy doing other things, plus a curiosity on which posts are the most read by the visitors.

I made a comment wondering if blogging was worth it with a decrease in traffic. Ed pointed it out to me, why would that matter and if that was the reason to blog he would have shut his blog down years ago, due to lack of traffic. I had to agree. Blog traffic numbers were not the reason I started this blog. I never have had nor have plans to monetize it, so traffic numbers don't matter. I guess it may have been the old habit I had of analyzing site traffic that made me think that way.

So with Ed's comment, that made me think on why I really blog. With my 1st cup of coffee in 5 days and headed for a 2nd cup, and thinking on why I like to blog, I feel much better about blogging in the future. Granted when I started this blog in October 2011 I did not think I would be sitting here taking photos and writing about daily life of a single retiree ... and three hounds that keep him sane. I thought I'd be many miles away. Yet, taking photos of my daily life and the hounds is the direction the blog has taken. It will change eventually but it's where it is right now.

I want to write about Heidi's health update and Sadie's experiment of being "off leash" but it would make this post too long. So I'll add another post today covering both of them. Winston is cool and laidback as always. He will have his 11th birthday on May 18.

For those that came back to this blog day after day ... thanks for stopping by and reading. 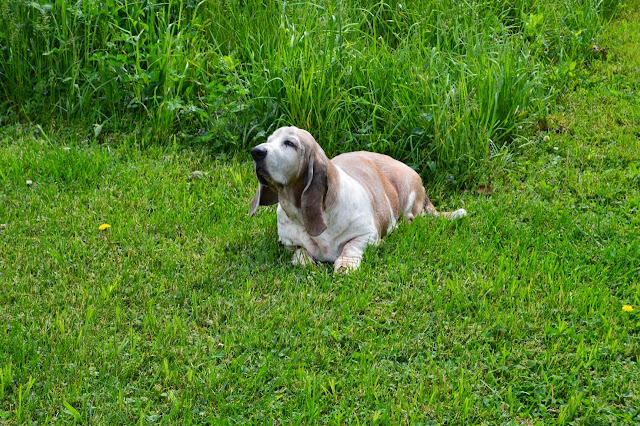 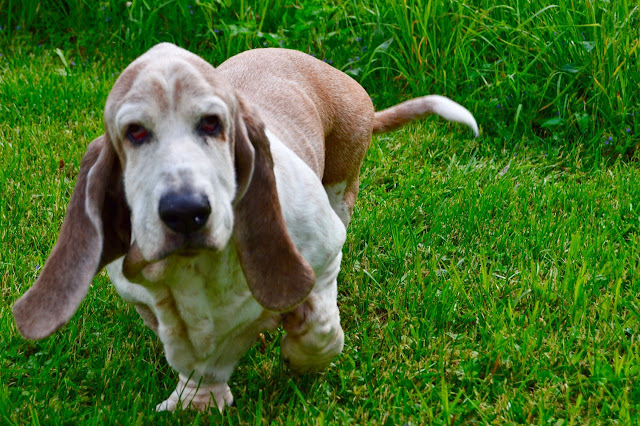 at May 15, 2015
Email ThisBlogThis!Share to TwitterShare to FacebookShare to Pinterest
Labels: Blogging, Coffee, Lack of Interest, Winston