No Hound Photos But A Dental Update 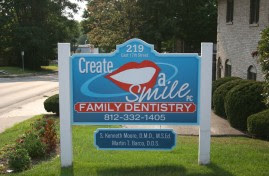 There will not be any hound photos in this post, this is just an update to my dental situation. I hope to take some new photos of all the hounds later this afternoon since I am finally feeling much better today, with just a little soreness in my jaw.

I am sitting here Tuesday after two cups of coffee and only a sore jaw away from being painless after approximately 25 days. I slide into the dental chair about 11:10am anxious to find out what my problem was and what would be required for a cure.

Was it a vertical fracture, an abscess, just a cavity or a problem with an old old filling? The dental assistant started the analysis and even gave me a prognosis. About the time I am wondering what's going on and if the dental assistant was the one to determine my future ... she said "I'll get the dentist to check my work and diagnosis".

I was hesitant and told her so, when she had a small thin piece of something to slide in between my teeth that was a nerve away from flying through the ceiling if I bit down ... she was asking me to bite down ... but I did bite down enough for her to see if I had a vertical fracture or not.

I did not have that. It was a different problem. She was predicting a root canal and crown were needed. My friend that is a semi-retired dentist predicted the same thing after talking to him over the weekend .. after he heard I had 24 hours of intense pain on Wednesday. At first he had predicted a possible vertical fracture but after he heard what I had on Wednesday, he changed his estimate ... that a root canal would be needed.

I found out that I had a cavity in the back of the tooth, below the old large filling. A root canal was needed to remove the dying nerve and the tooth needed to be replaced. An antibiotic script was written and I was expecting a couple of weeks delay in fitting into his schedule.

Right before getting out of the chair, the assistant checked the schedules on the monitor behind my chair and said "we have a 2 hour slot available today at 3pm if you want to do everything today.

My mind instantly flashed to "pain or no pain" by the end of the afternoon. Although my friend had always suggested a second opinion from an endodontist and having them do the root canal work. I trusted my dentist though based on his emergency work in 2006 when I had a tooth/filing fall apart one Saturday morning while brushing my teeth.

So with a few hours between appointments to think of my options and what my friend was telling me, I had time to make a firm decision. I found a couple of people that had root canals done by him. I also talked to the dentist with new questions before any work was started ... I decided to bite the bullet and have him do the root canal and new crown in the same 2-1/2 hour setting. The assistant said one time I had actually fallen asleep and they had to wake me.

I heard a lot, saw very little, and felt zero pain through the process. Of course my left jaw is sore today from being open for 2-1/2 hours, thanks to the help of that great invention, a curved plastic piece slide between my teeth on the opposite side of the dental work. Also it's normal soreness after that area is the point of receiving all the pain killer shots.

Some payment discounts were negotiated but it was still a hit to my budget, more than I expected. I had not planned on the root canal when I did my cost estimate. At least the problem is fixed and in a few days I should be feeling normal again after 25 days of feeling bad at times.

Before I go ... an interesting dog story. In between appointments I stopped in to see a friend that has the car dealership where I have bought a lot of vehicles the past 5 years. He had a 8 month old pup running around wanting me to play fetch. He looked like a bulldog but had the wrong color for an English Bulldog.

The pup was a hybrid breed ... an English Bulldog and Beagle mix. Sorry I didn't get a picture nor can I remember the name of the breed. The dog was bought from a beagle breeder.
at August 11, 2015