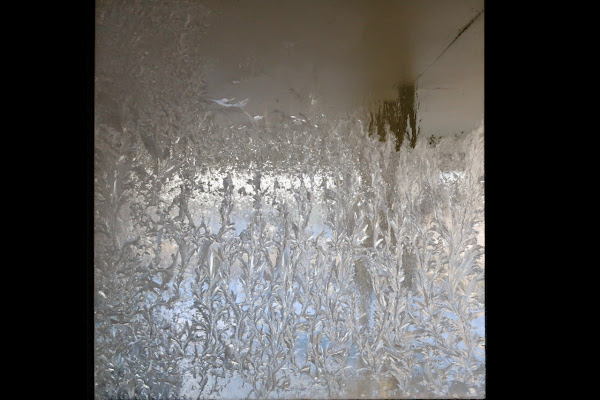 By noon the temperature had climbed to -1°, the hounds had been fed and we had received a phone call from California wishing us well. Since he had grown up on a farm in Indiana he still remembered what it was like being outside in weather like this 45 or more years ago. I could see out of the large kitchen window at the bright sunny day but anywhere else the door windows and storm windows were covered with ice. Thank God for storm windows. I went out with the hounds right after their lunch, they were finished and back inside the house in little over a minute. 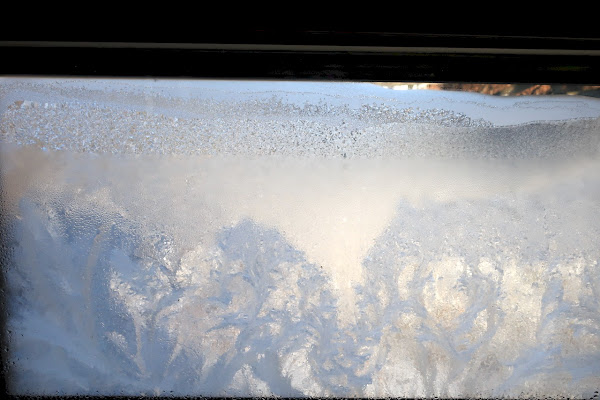 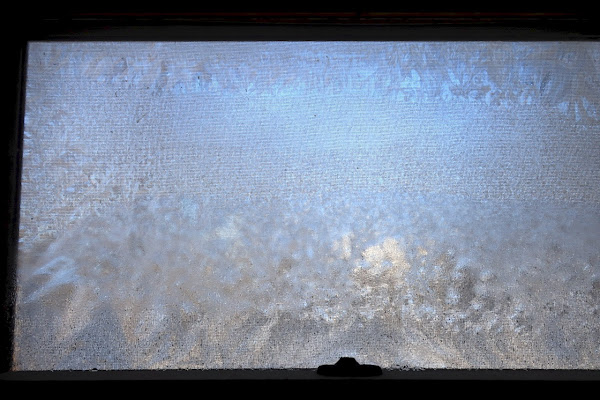 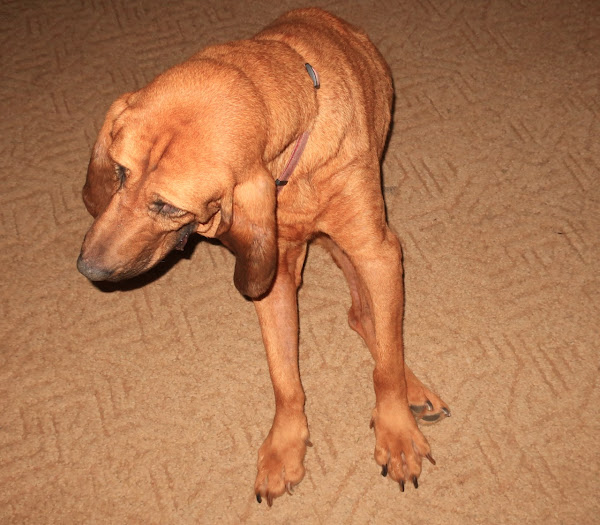 They were maintaining pretty well since they were unable to wander the yard or field. I never had to call them since they could feel just how cold it was. It was indescribable. I cannot imagine what Chicago felt like at -45° today. Stella scratched as usual. 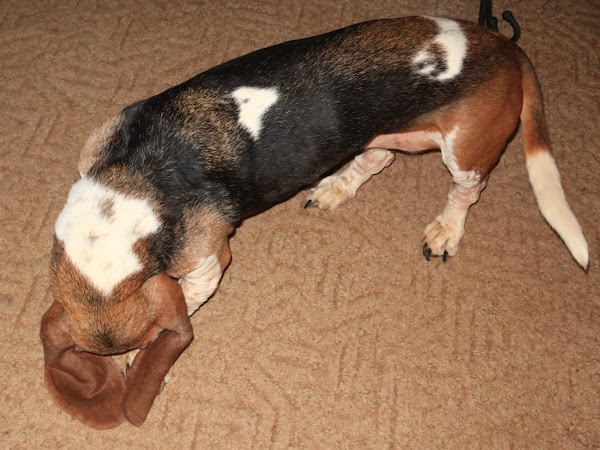 Heidi did her normal stretching and body shakes after lunch, right before she took a siesta. 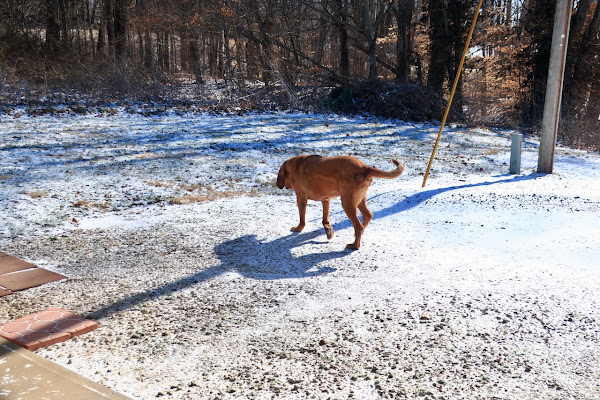 I was a little surprised that Stella headed for the backyard at -1° ... but when you have to go you have to go I guess. Better to do that outside and not inside. 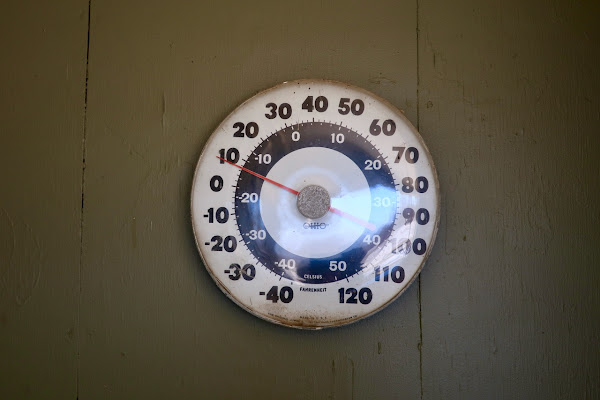 The carport thermometer is consistently 5-8 degrees warmer year round, than what my iPhone weather app tells me. 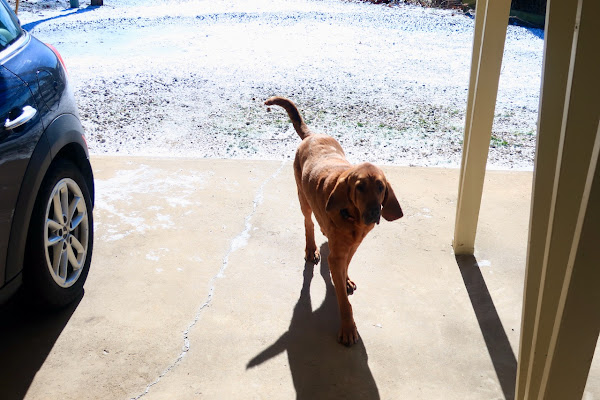 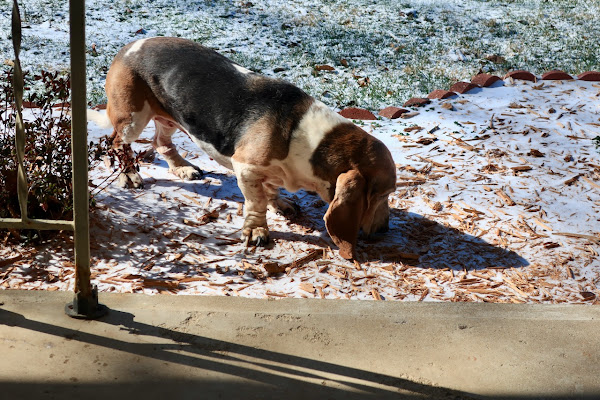 Like I said, they were both back at the door in little over a minutes time. 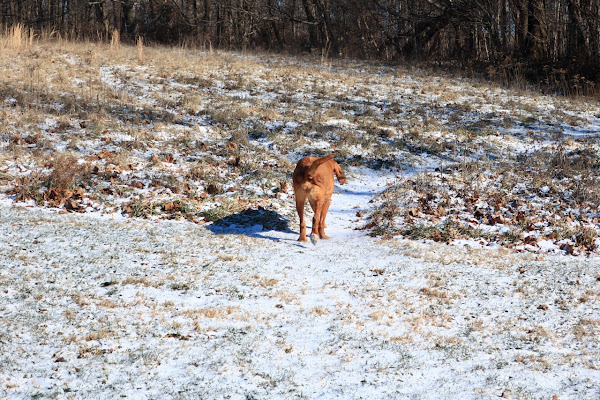 A few hours later while I was playing Mahjong, both hounds walked to the door, Stella slightly whining and Heidi fighting for position to be the first one outside ... I could only guess what they couldn't hold anymore. 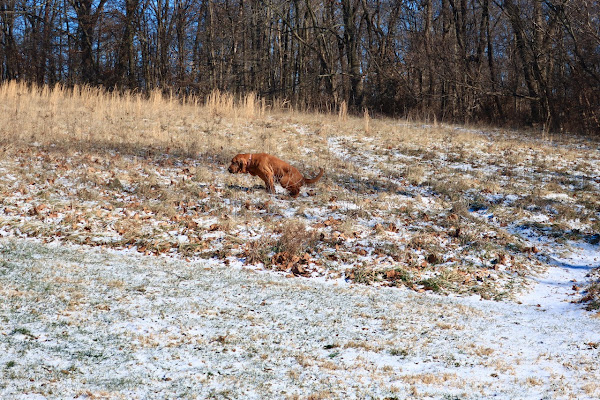 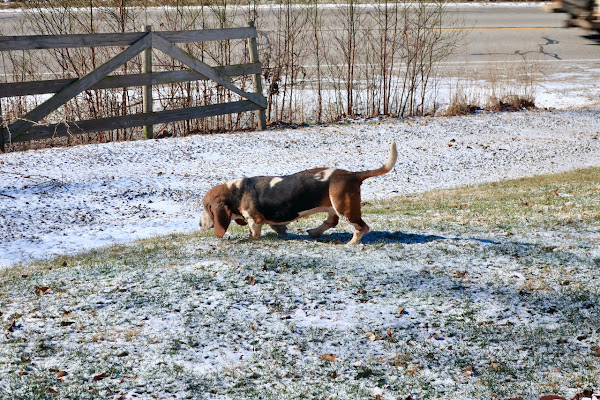 Heidi still had time to explore a little on her way back from the front yard. 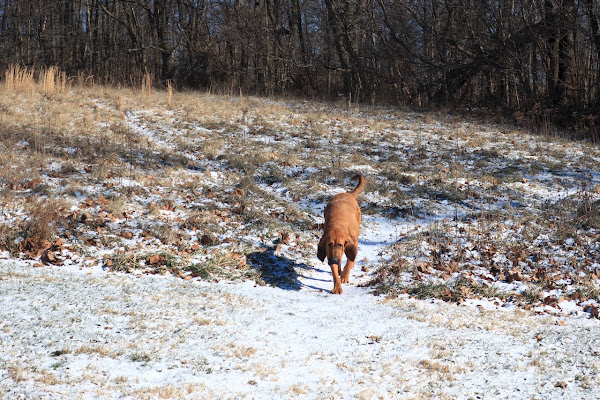 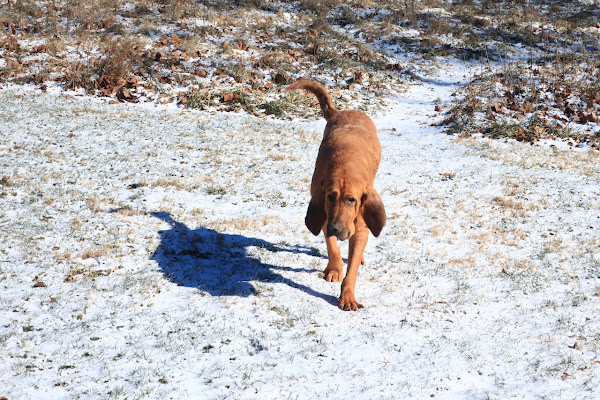 We anxiously look forward to tomorrow's heat wave when it climbs to the mid 20's ... that right there is cargo shorts and t-shirt weather.