What Makes a Person Want to Sell Everything They Own?

What makes someone have the urge to sell everything they own and hit the road full-time with only tent camping experience? Is it boredom? A need for change? Curiosity? Adventure?

I don't have the answer but I know the urge has hit me numerous times over the past two years.

Prior to my discovery of Glenn's story in October 2011 and my starting date to even think about RVing, I was planning on retiring in the same time frame (May 2014) but had no plans of selling my house or toys. I was into bicycling, have great areas to ride those bikes, lived near the town where I attended college (IU) that is a great town. I was content and happy. No confusion on what to do, no second thoughts, the path was smooth and on schedule.


Then a boring Friday at work, I tuned into Yahoo Business and there is Glenn on the front page with a sub-headline on how he was living on less than $1,000 per month traveling full-time. Not making less than $1,000 per month in income but living on the road on less than $1,000 per month. While reading the article I flashed back to a summer during college where I rode a bicycle cross country and up the pacific coast, remembering how much I enjoyed that trip. Or the the short time I lived in my VW bus in southern California on the beach while working 2nd shift. I took showers at the gym in the mornings after playing racquetball and then heading for a different beach in San Diego county that night after work. With no rent, electric bills, water bills etc....it was a great way to live.

So the travel and simple lifestyle started to scramble my brain cells. I went home that weekend and read Glenn's blog from the start date to current date. That led me to other blogs of people traveling and living full-time in RVs, trailers, Vans or Truck Campers. I read blogs all weekend late into the night or early morning. I was obsessed.

By the end of the weekend, my plans of a smooth retirement, no thoughts of selling anything and traveling when I wanted ... were gone!! All I could think about was downsizing, selling everything I had and "escaping" this rut called routine life.

What I needed to do and did, was start researching about this RV lifestyle. I never had the urge to even buy one let alone live in one. The only camping I had done in the past was tent camping, some hiking and snowmobiling in the Cascade Mts and plenty of traveling by car cross country at times from the west coast to Indiana. So I had seen a lot of great land, mountains etc but was always on a schedule needing to be somewhere at a certain time.

Still I knew nothing about RVing.

An old friend had just spent 5 years full-timing in a Class A but was back in Indiana with his MH parked. He sent a additional sites and attachments full of information. When I was sitting at home in a freezing snowing month in Indiana, I would picture the people I had read about on my blog roll and all the great places they were at that was much warmer than where I was.

The more I read about RVing, the stronger the urge would be. Then out of nowhere I would have no interest and would prefer to go back to my original plan of staying put with a little traveling when I had the time.

Then the urge to sell everything and hit the road would hit me with such force, that I downsized, listed the house, the cars, the truck for sale ... numerous times, changing my mind each time not to sell. 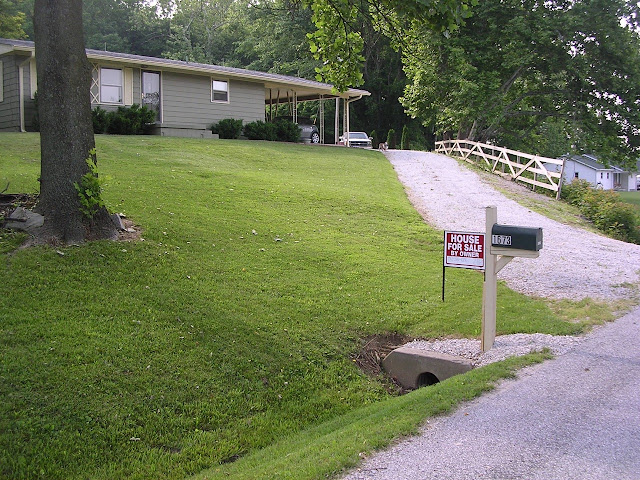 Each time I had doubt about selling everything I took that to mean I should keep what I had and try the different RV lifestyle first. I had the same advice from many that did travel full time or did travel full time and returned back to a house and part time travel. Even a few people that had never been a homeowner but traveled full-time suggested I keep what I had, but have an RV/trailer, travel part time or take a year to travel, then decide.

So over the two years since this RV lifestyle was discovered I have downsized and that is good even if I don't travel a mile. I have only what I need in my house and my music collection and books are probably the most I have of any one thing.

My hounds were a factor in this decision and more than a couple of times they probably kept me from packing up everything and hitting the road on impulse. They like to ride, like my current rv but they still have a great situation here with acres of land behind us for their daily walk and their recon missions when they need to work out their hound noses. 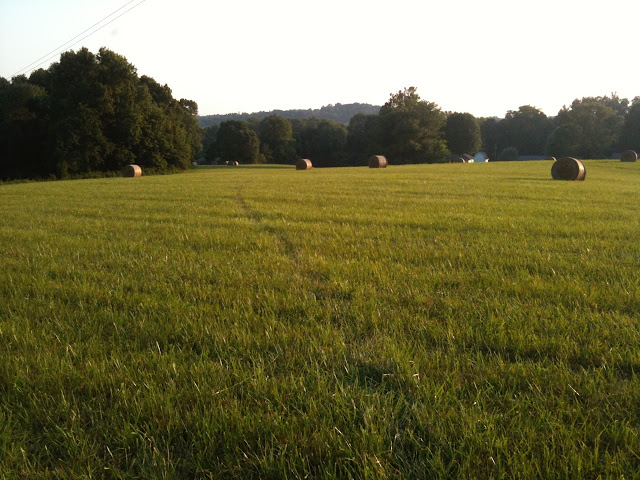 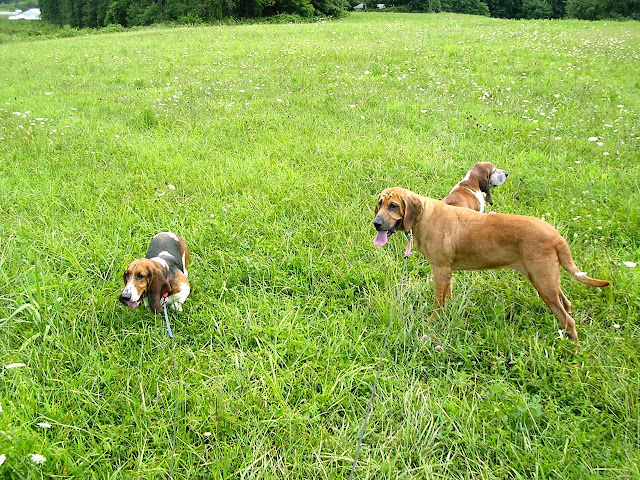 This is a place I have lived for 16-1/2 years after spending time in southern California and NW of Seattle on Whidbey Island. Still I have urges to sell everything I own.

So what makes me have these urges, as recently as this past week, of putting everything up for sale and hitting the road?
at October 20, 2013
Email ThisBlogThis!Share to TwitterShare to FacebookShare to Pinterest
Labels: Bicycles, House For Sale, House Maintenance, RVing Full-Time