This past week while thinking about future plans, there is always one plan that consistantly shows up the most.  That plan is leaving this spring 2014, with plans of traveling probably until the spring of 2015 at a minimum. In that plan I would keep my house as a base camp, I would sell my H3 Hummer and my Mini Cooper S to reduce the cost of insurance and licenses. I would keep my 1994 Chevy 2500 pickup for local travel during the short times I would be back in Indiana. A few years ago I only had the 1994 Chevy Pickup as my only vehicle and it worked out great.

I also thought of some of the emails I had received and comments posted, after I had blogged about putting the rig up for sale after a month of ownership. I also thought back to the reasons I bought the Coachmen and why it was the perfect rig for me to start traveling in.  Everything I needed was contained, without towing anything. It runs great, has all that I need and seems quite large when comparing to tent camping or towing a smaller trailer.

During that time I wondered "what would you buy if it did sell unexpectedly" ? I had been looking at rigs for almost two years at the time I bought this one. So how would I improve what I already had, and really how much improvement would there be if I were to buy a bigger rig? I had already gone through a million questions over the past two years, and had come close to buying three different trailers and a Class A just in the past eight months. So really I had to ask myself, why am I selling a rig that gives me everything I had looked for?

There is plenty of room for the hounds and I when the weather turns bad. We have spent enough time where it is parked to know there is enough room for all of us after the sun goes down. All three hounds have already picked out their sleeping spots, with plenty of room to walk around.

So, how much better could it get? 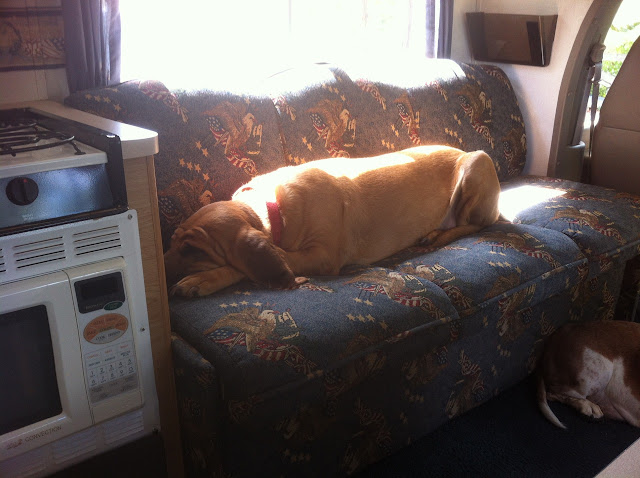 I'm trying to simplify things instead of continuing to buy and buy and buy.  It's hard but I am making progress toward that goal.

I can leave sooner than this spring if I sell my H3 Hummer and my Mini Cooper.

The confirmed model year difference, the oil line repair within two weeks after purchase, doesn't change my plans nor my opinion about the rig. There is no damage inside, every thing works and it runs great.

So, the rig that I bought is the one I am keeping. 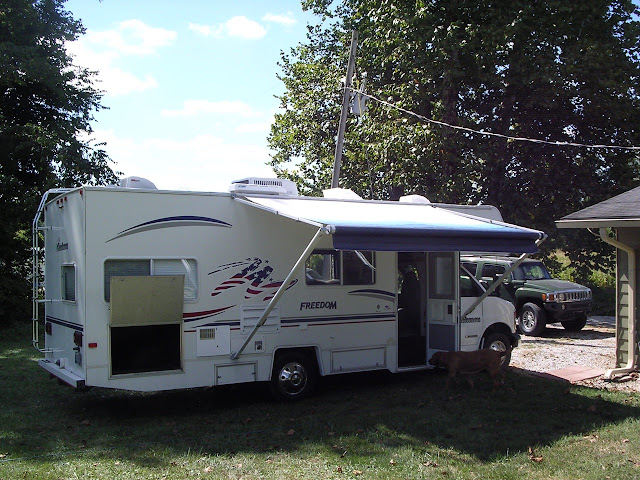