It Was A Scorcher Today 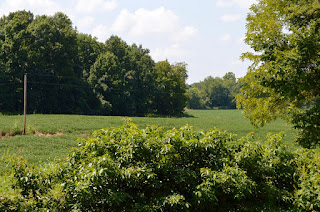 By the time I took the camera outside it was mid-day and HOT!!! That hot air hit me as soon as I stepped outside, telling me not much was going to get done today.

The front yard needed mowing. It had been 9 days since I cut it last but I did the backyard the other night because it needed it and rain was predicted within that night or the next day. I also raised the mower blade back up one level higher ... my best estimate tells me it cuts at 3", the recommended height for my location and grass by Scott's Lawn Care. 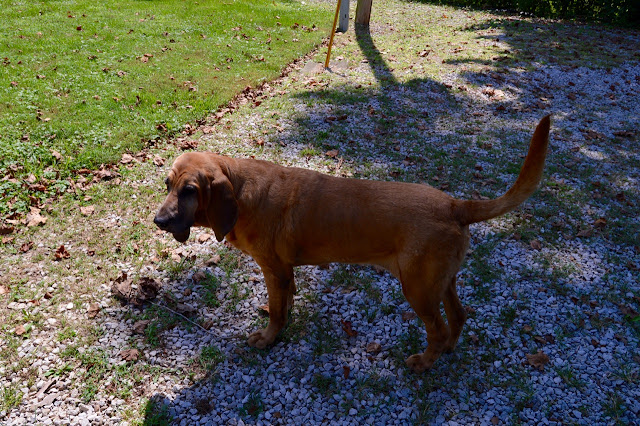 It was near 2pm when I decided to drag everything out of the shed. What you see there is everything I take out of the shed that is stored around the mower, so the mower can roll out. The shed is only a little over 22" wide, but it all fits. Right before the photo was taken Stella was actually laying down about where she is standing ... taking a Sunday nap. 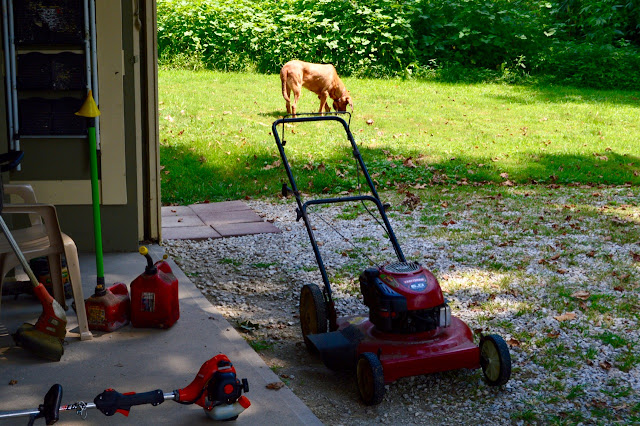 I decided today to let the bloodhounds roam while I cut the front yard. It was hot but I figured if it was that bad for them, they would be at the door wanting back inside. Instead they both disappeared into the field that they love to roam on their own. They were gone the whole time it took to mow the front yard. 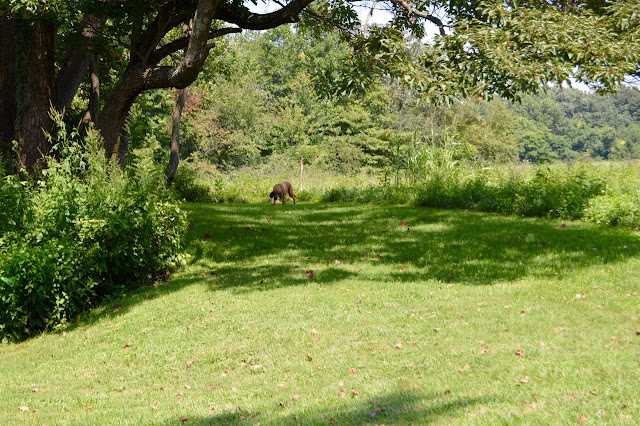 In a little over 30 minutes I had finished the front yard, cut a little higher this week so there were no brown spots where the grass was cut too short last time. Sadie and Stella were standing at the corner of the house about the time I finished ... panting, tongues hanging out, wanting to go inside. 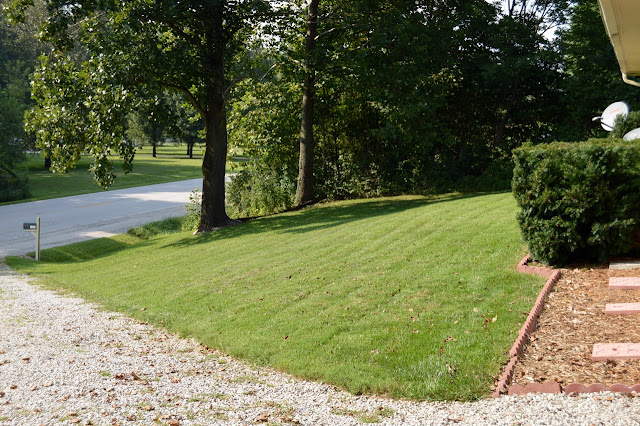 Some time last night in between football games the urge to moved back to an iPhone from my LG flip phone hit me, hard enough to look at Best Buy and Verizon websites for prices. I found out they have the same pricing and deals going on. Those deals and pricing were good enough to make the thought of upgrading again pretty strong. 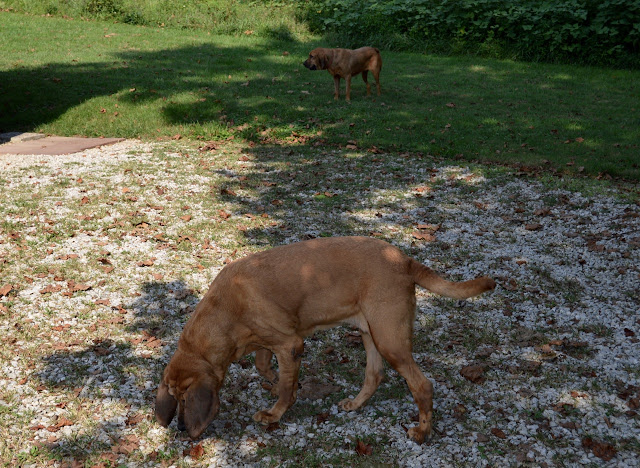 We all came outside around 5:30pm. I was thinking we might take a walk but it was still really really hot and none of the hounds seemed too interested in being outside very long. After I took the photo of Heidi, they all "trotted" to the door to be let back inside. 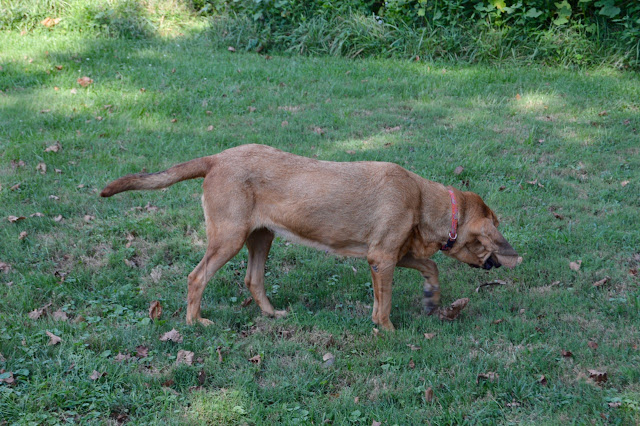 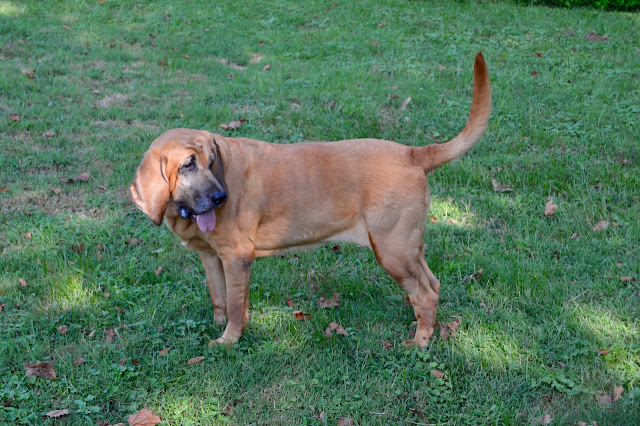 This weekend brought a lot of dead, BROWN, leaves down to the ground. It's that time of year. 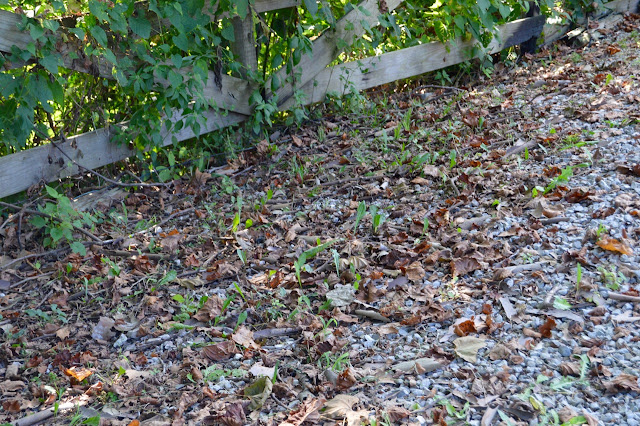 Heidi took a look around but was not interested in moving to the yard ... she likes the AC with the added feature of a fan blowing on her. How do I know that????  She always moves to sleep in front of a fan if I have one turned on. 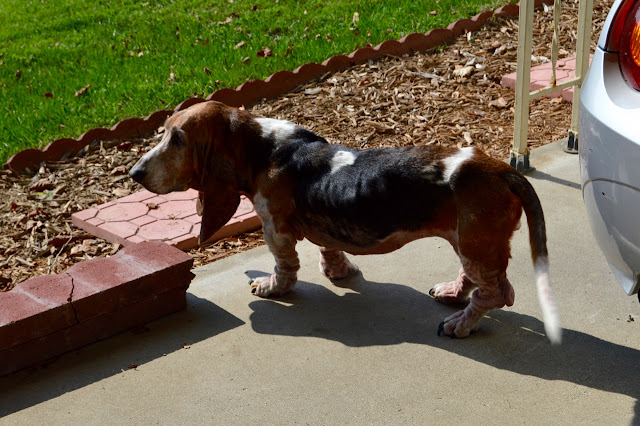 Here are the iPhone prices that have me very very tempted to upgrade. I don't mind a two year contract, even though they got rid of them ... because I don't plan to change from Verizon.

Those are not bad deals.