All Of Us Got Zapped 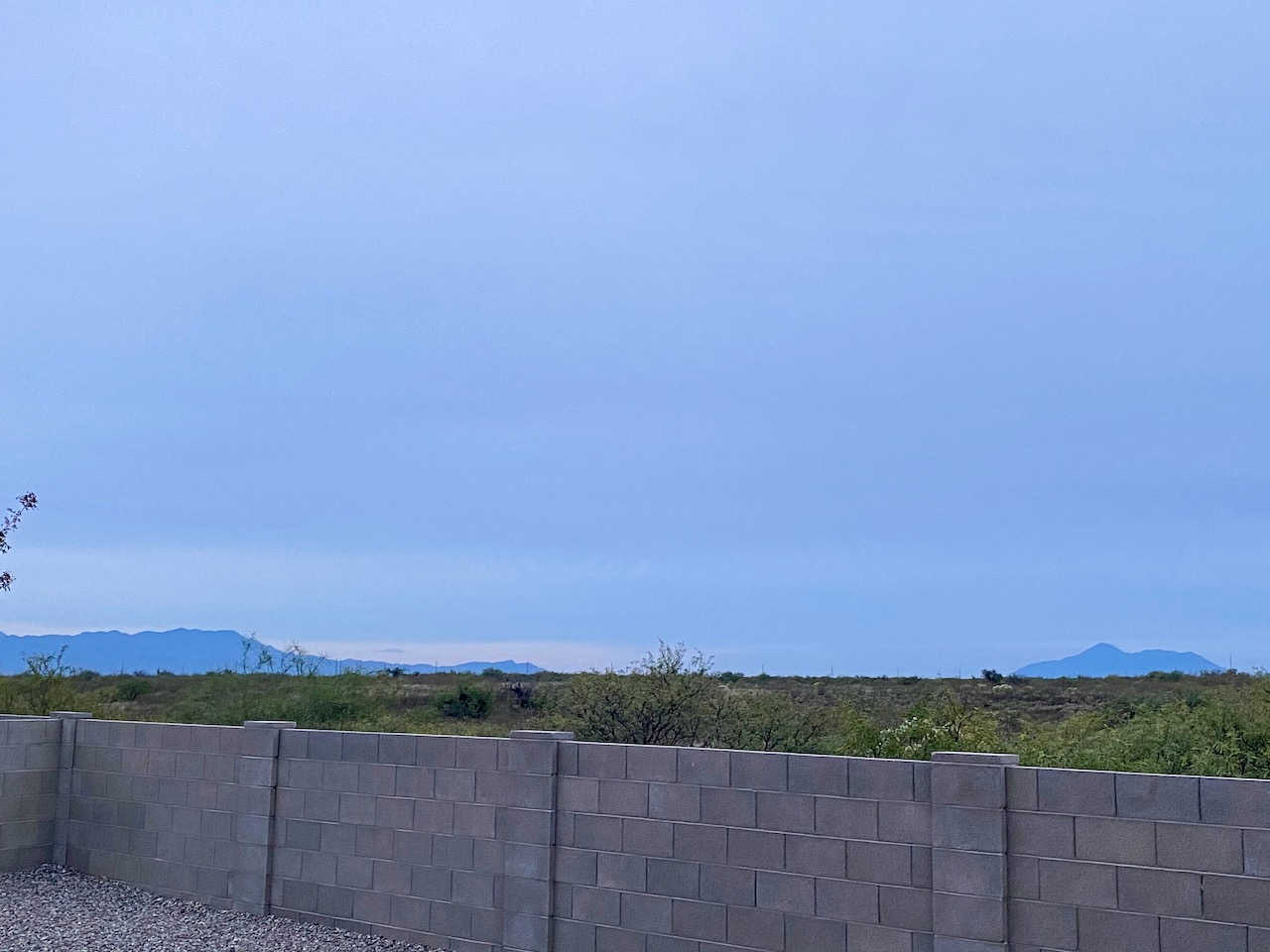 I am not sure what happened but my free app called Sleep Watch recorded 10 hours of sleep Thursday night included my Friday afternoon siesta.  63% of it was called 'restful'. I have found that app is pretty accurate as it records every time I get up at night whether I'm awake or not. It reminds me what the actual time was that Heidi decides she needs to go outside and it tracks my sleeping heart rate. I felt great waking up Friday morning but as the day progressed I could see what hit me also hit the hounds. 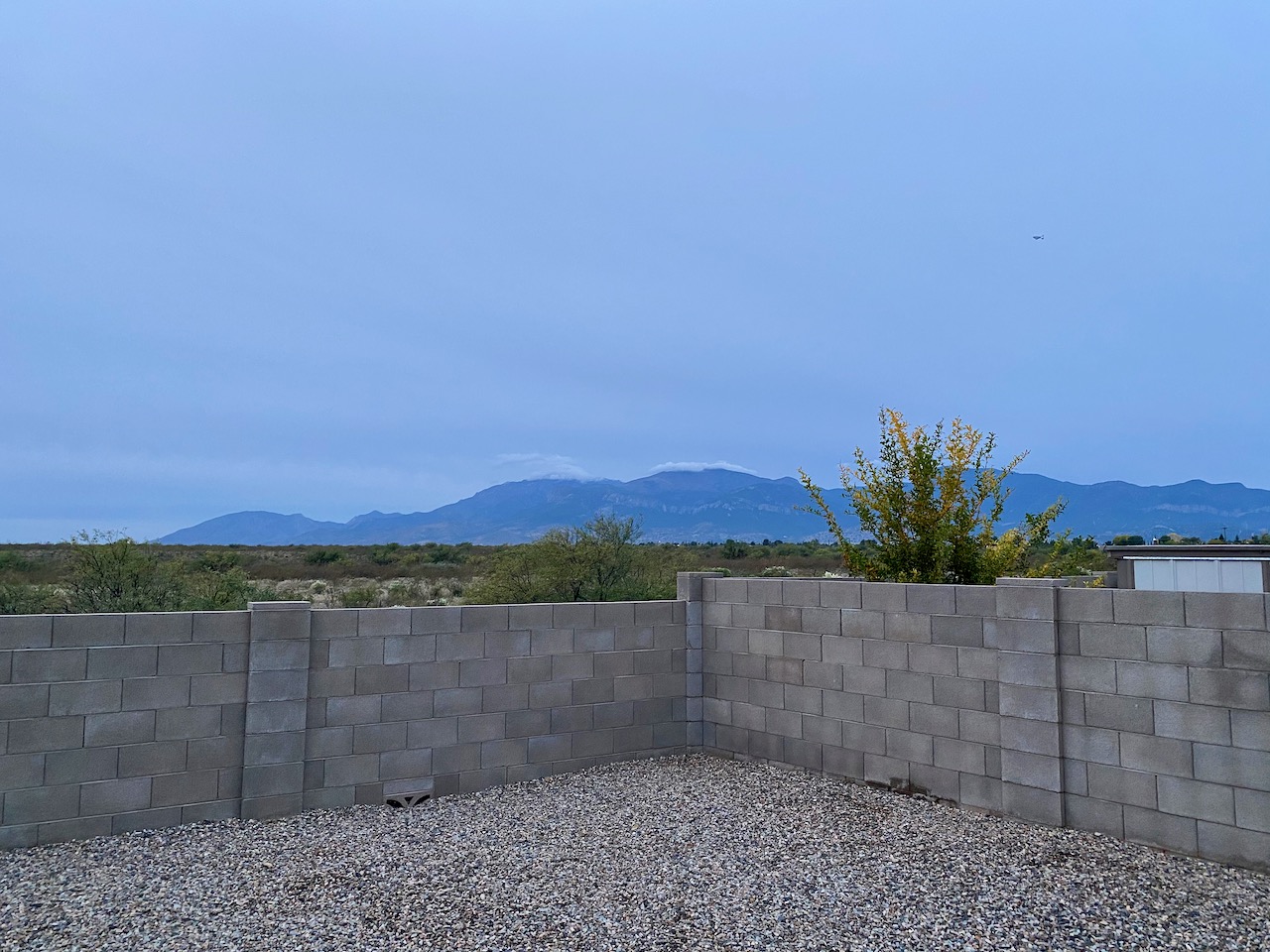 As they use to say in the 60's we were wasted. Both hounds slept through their normal breakfast time. There was no howling or barking for early kibble. Afterwords there was no begging or whining to go on the daily walk ... they slept, they ate and they slept again. That took place throughout the day even after a feeble attempt at a walk a little past noon. Heidi's tongue was hanging out and we had not crossed the street yet. Stella had more interest in sniffing and tracking literally every inch between the house and our turn around point. I cut the walk short and headed home. It lasted more than we normally walk and covered a lot less ground. When we got back, they went back to sleep!! 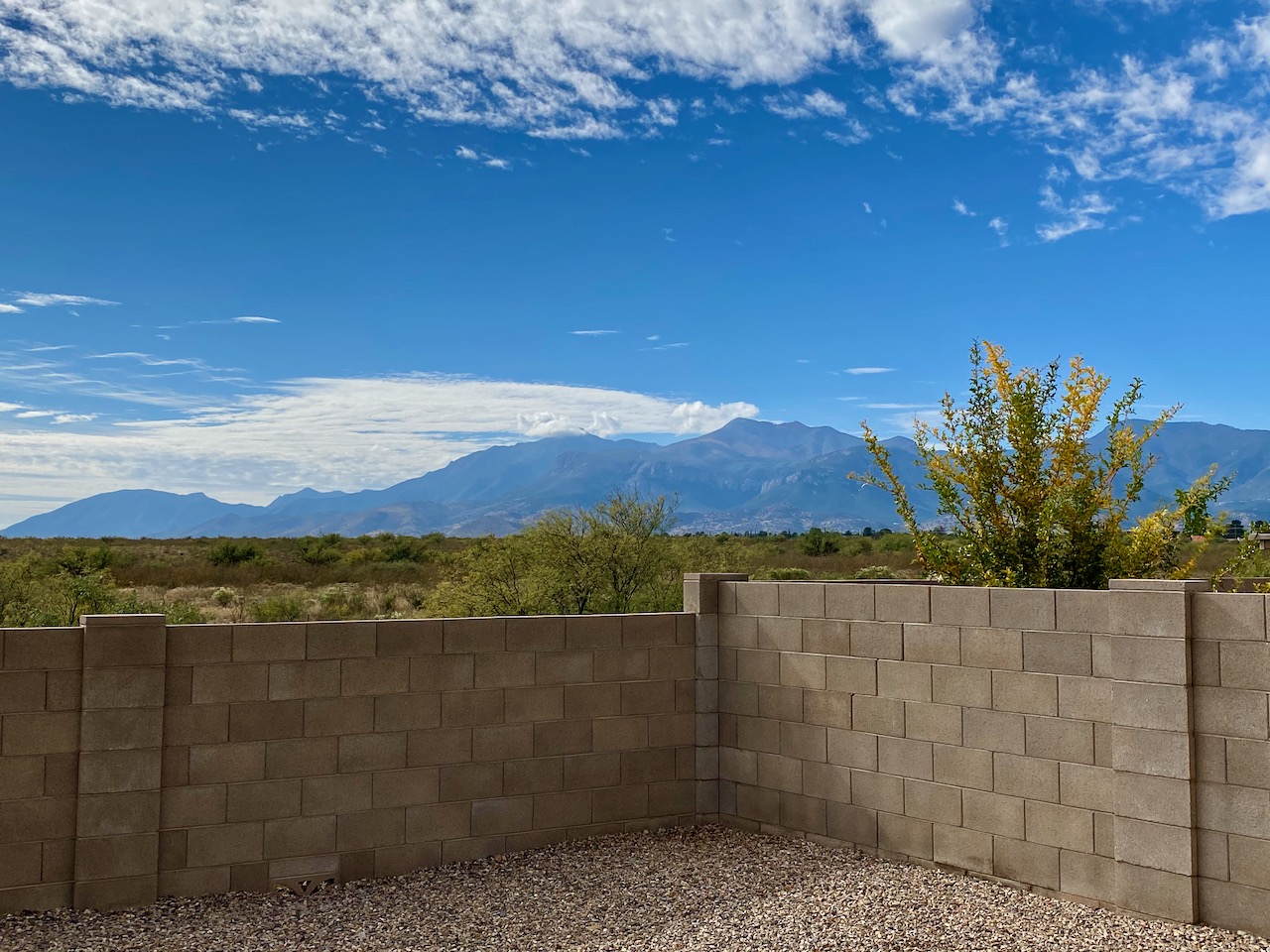 Yet it was nice to sit out on the patio and watch the sky change. Temps were going back and forth between 70° and 68°,  cargo shorts and a sweatshirt seemed to be the uniform of the day. I let my mind drift with the wind and didn't move out of that ugly chair for quite a while. 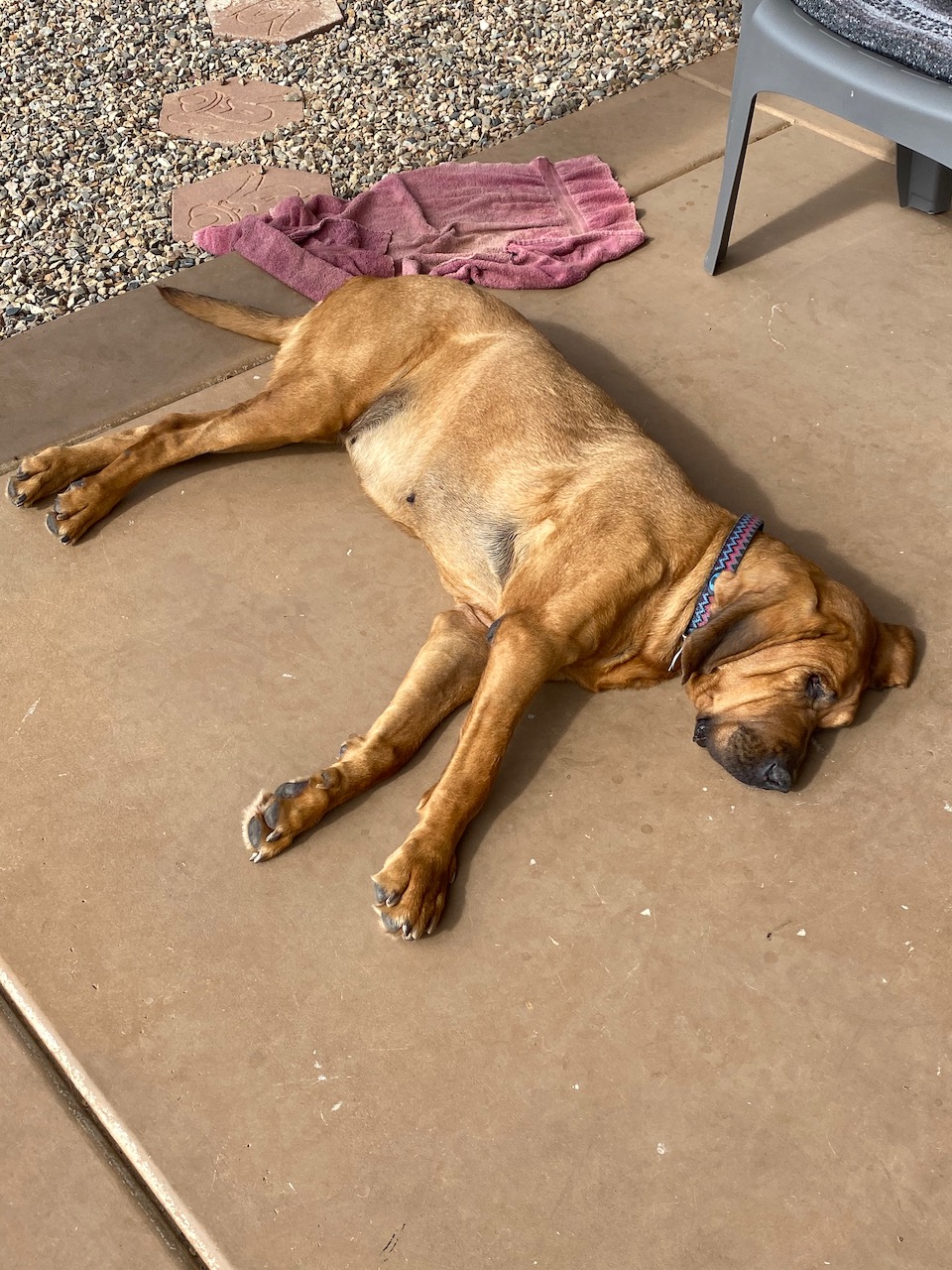 Like I said, since they missed their walk Friday morning I thought they might be interested in taking one mid-day. Stella didn't even flinch when I asked if she wanted to go. I had to lean down and touch her to see if she even had a pulse ... she was off in dreamland, dead to the world. 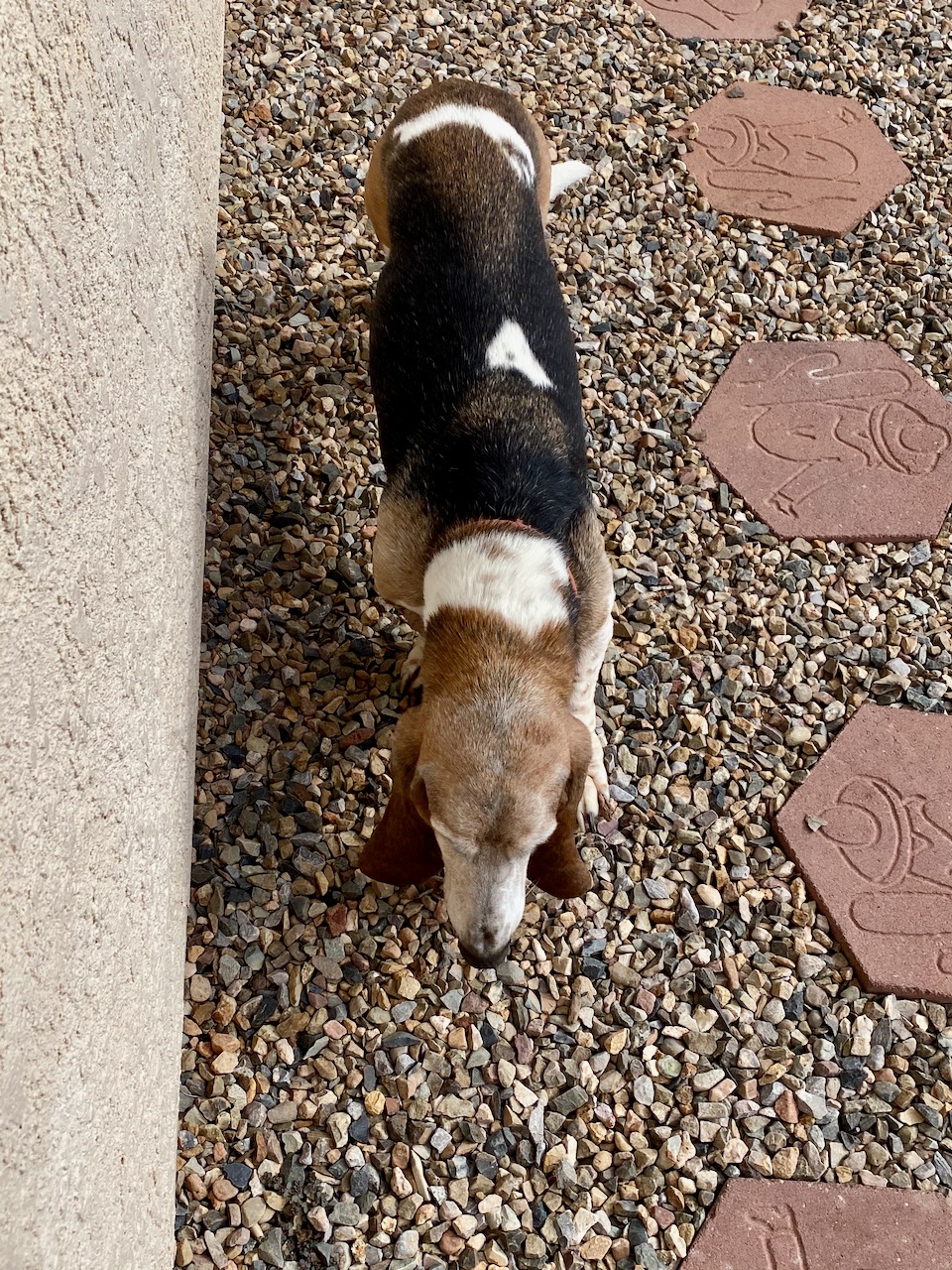 Friday was Heidi's day to protest taking any photos of her. Everyone I took she looked away. She would wander out in the yard to walk laps since I was no longer doing that but when I would speak to her, she just kept on walking all the way to her bed in the back bedroom. She wanted nothing to do with what the day offered, no belly rubs, ear scratches or conversation. 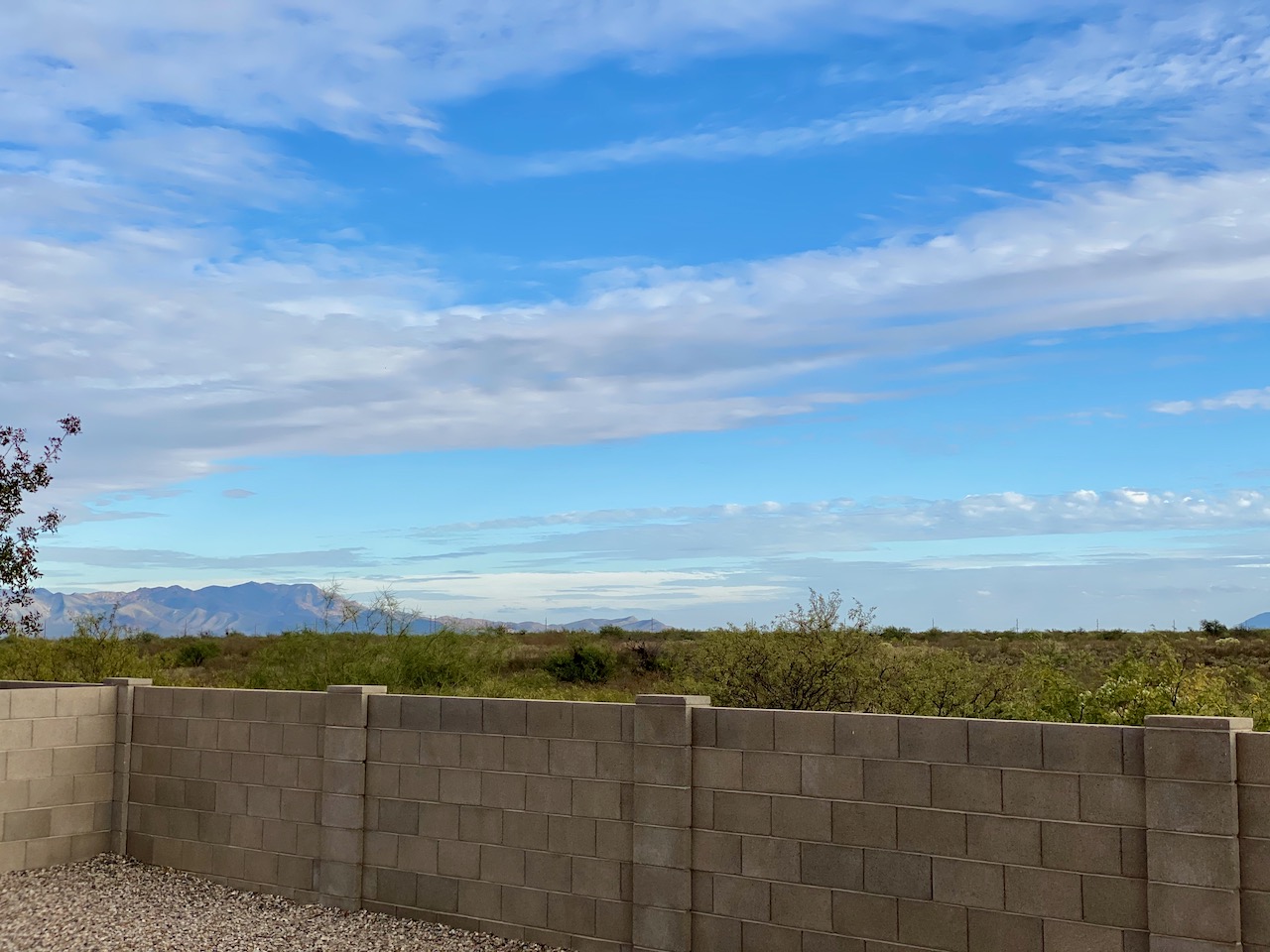 I didn't feel restless today as if I needed to do something. I did a lot of reading, had a call from my old friend that was hiking today in the Indiana National Forest in cool damp/rain weather. He likes that kind of weather so its not a problem for him. All that land you see behind my fence has dirt trails and one track roads for 4x4 trucks, cars or gravel bikes. You will be able to go as far east as the San Pedro River but will have to take a highway bridge to go further east. 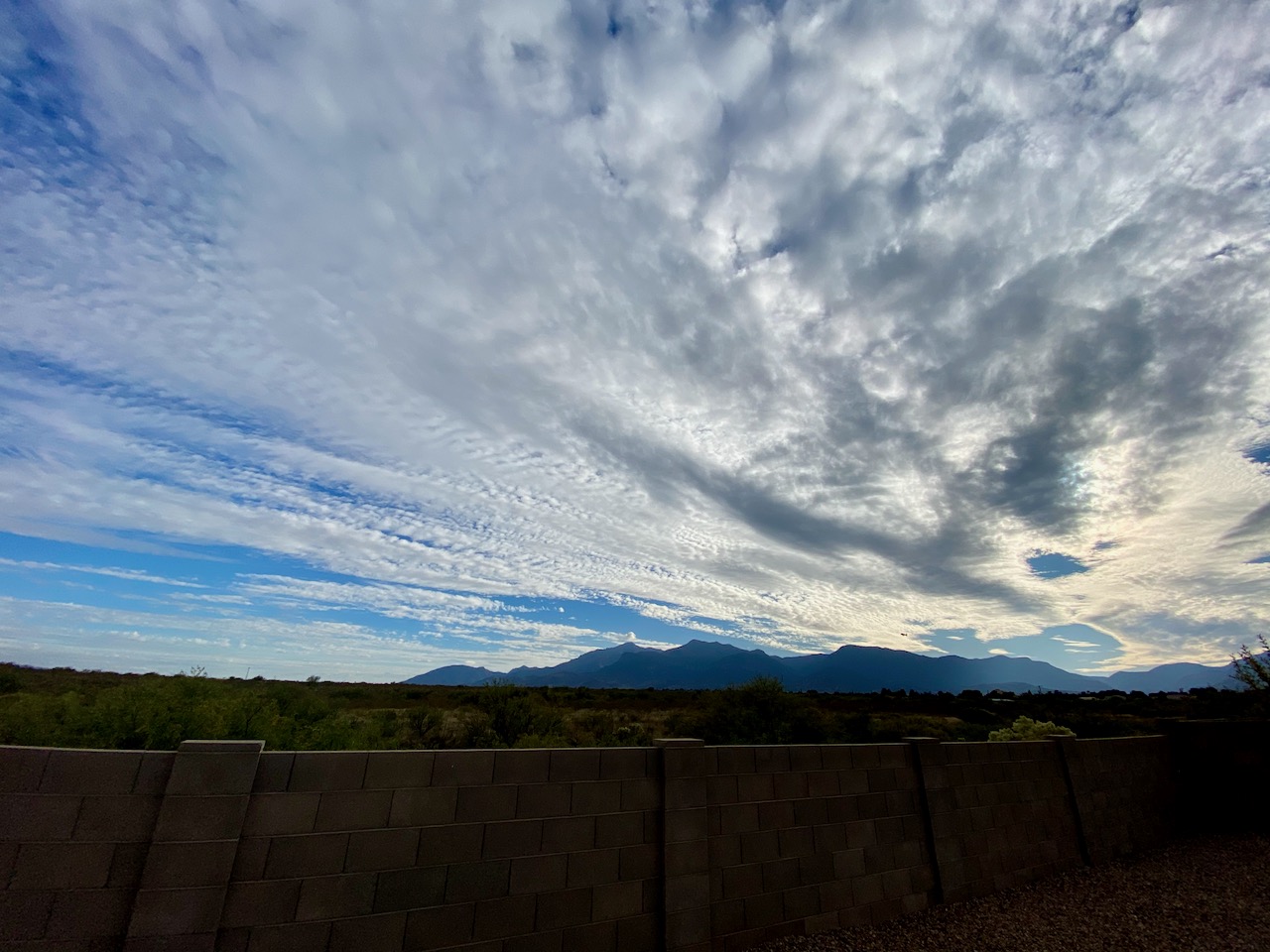 I love watching the open skies throughout the day. At least at ground level there is not a lot of strong wind but you can see above, things are happening. 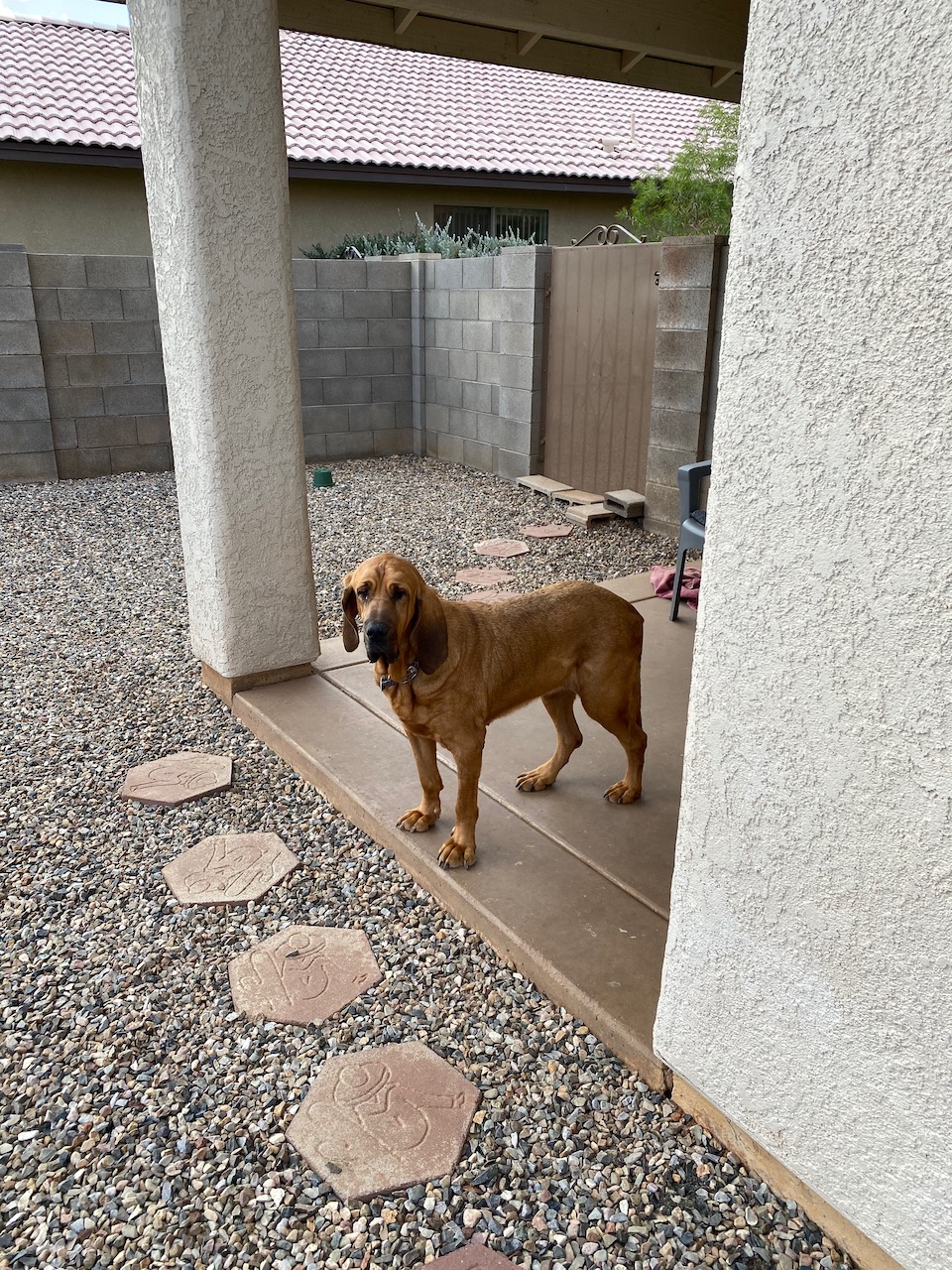 The hounds were about like I was Friday. Totally undecided what they wanted to do. If they were awake, there wasn't a spot that felt comfortable enough for them to lay to long. They went in and out a million times, and slept it off the rest of the time. I did catch Stella poking that "infamous" window in the living room to see if the window was closed or not. She would not have tried to escape since I was around but she likes to check on different occasions that the windows and doors are shut ... just s quick nudge of her nose gives her the answer she is looking for. 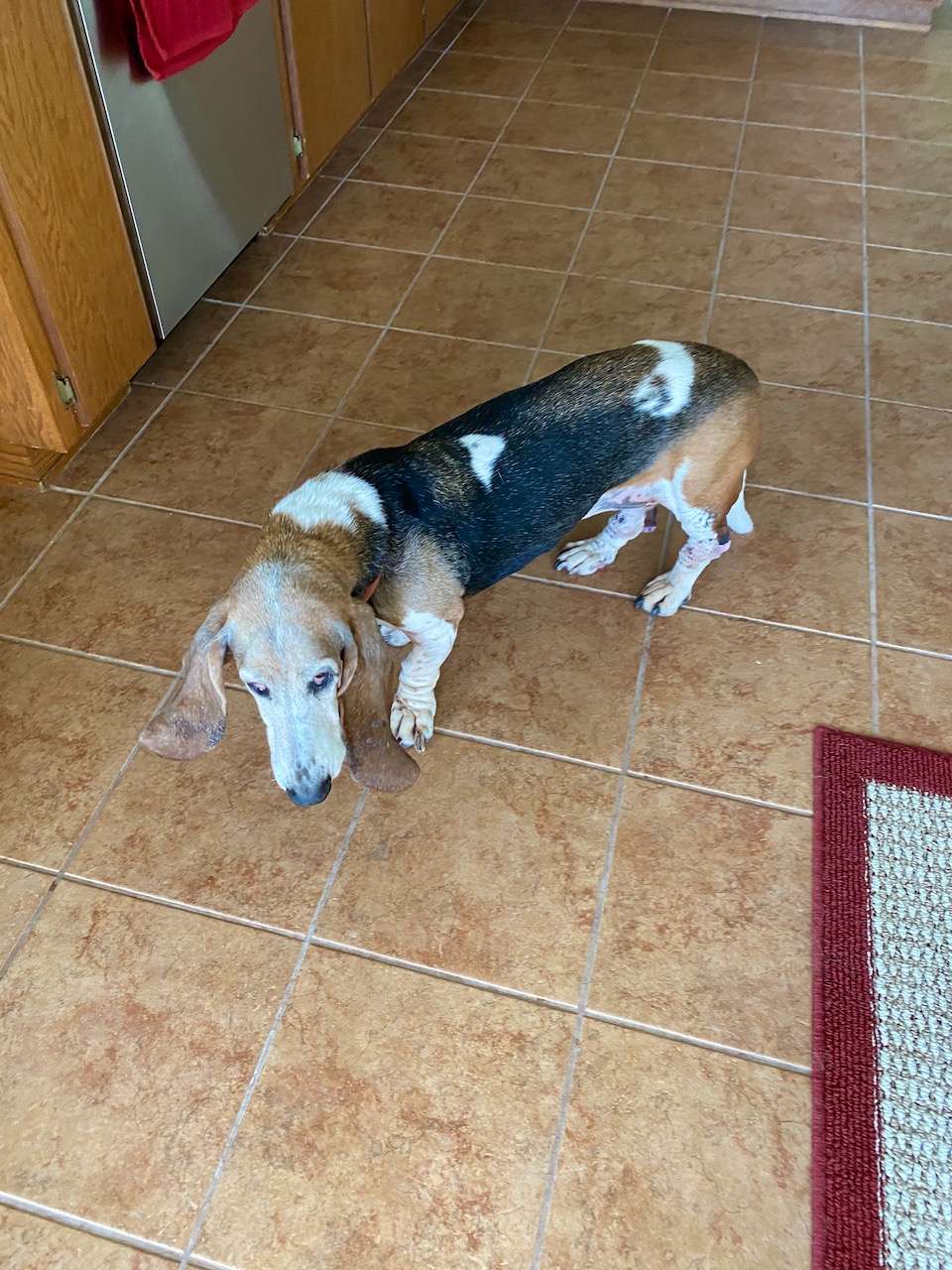 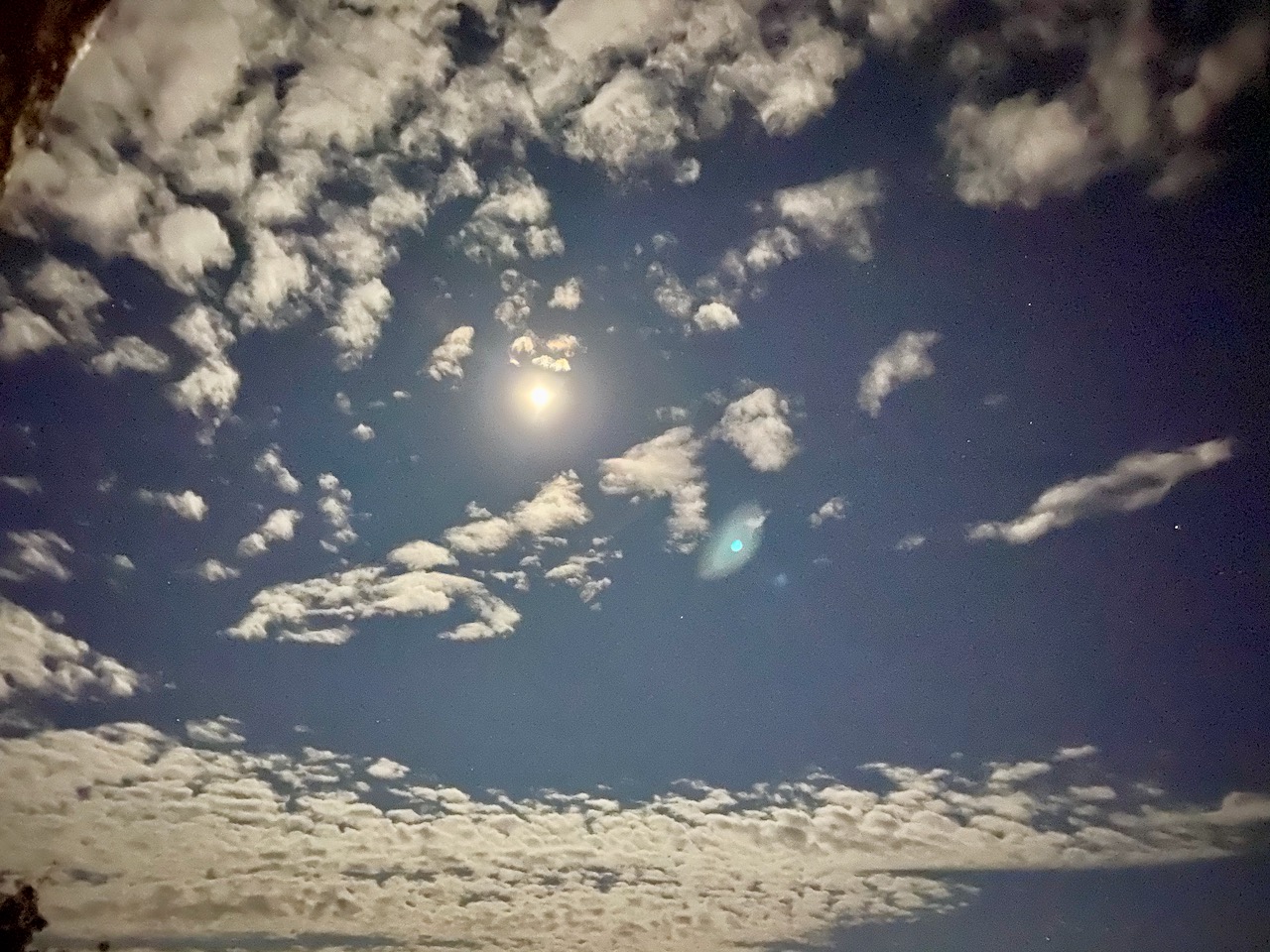 I took this photo at 6:58pm. It was dark outside and I turned off the kitchen light in the background. I didn't use the flash so I am a little disappointed in this photo taken by the phone you see on all the commercials the past month. It looks like daytime but it was dark in real time. Probably user error. 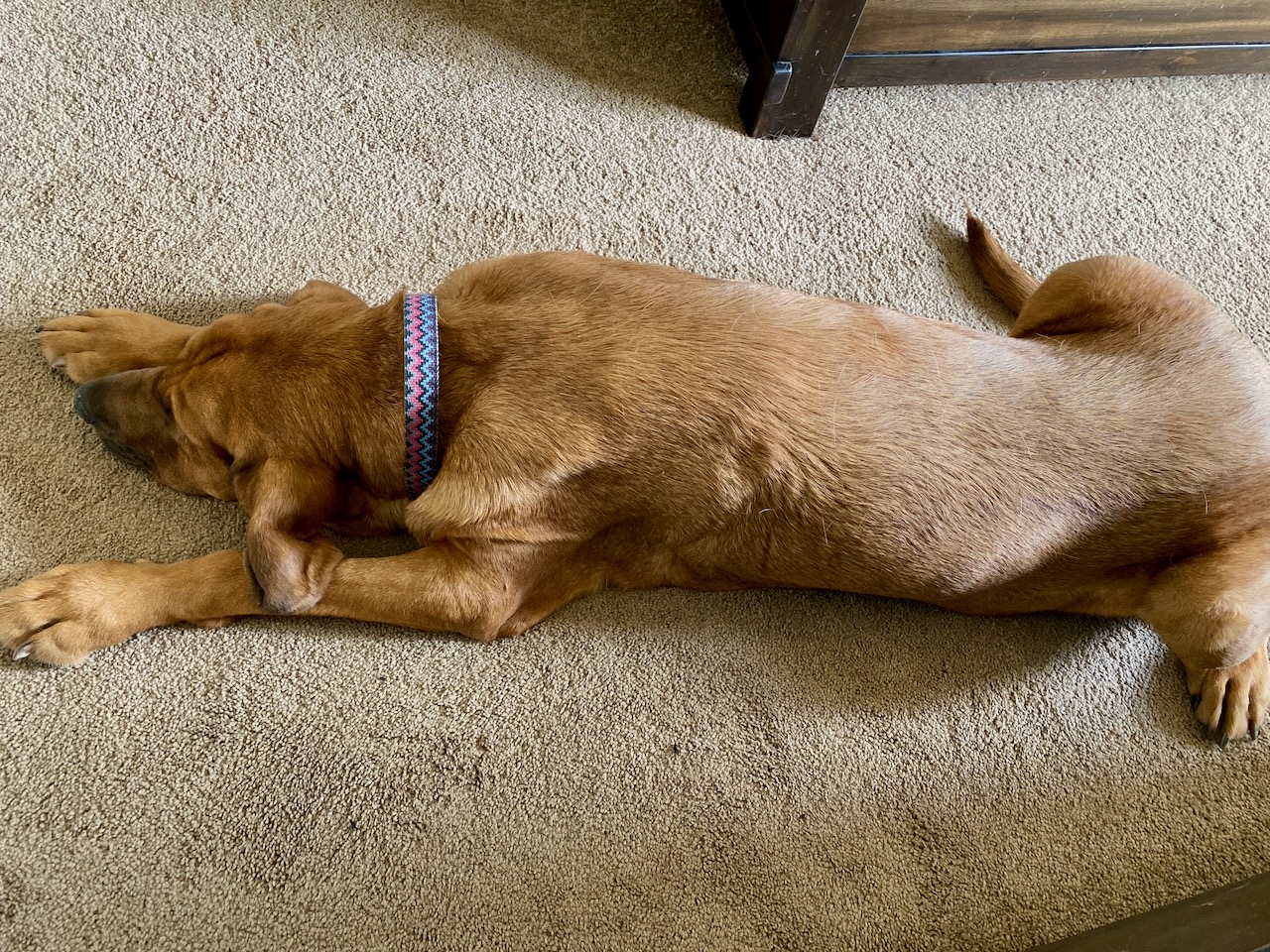 This is a prime example that Stella never lets me get to far away from her. Now, she will sleep overnight in the living room on the floor or in the computer room in the corner but whenever I take an afternoon siesta she plops right down next to the bed and right in the landing zone for my feet when I get out of bed. So basically she is making sure that I am going nowhere without her knowing. She will also sleep in the same spot at night.

She moves around a lot, has a lot of different overnight sleeping spots whereas Heidi loves that new bed I bought for her and will spend all night and most of the day on that bed. It was money well spent.

By the time you read this it is "Football Saturday". There were be a few good or great games to watch, Alabama vs LSU for one. Penn State at undefeated Minnesota will be interesting. My two favorite teams, IU and Washington do not play on Saturday. IU has the weekend off and "UDub" played last night on Friday.

I found out today I will be driving back to the top of Carr Canyon Rd November 16 in a support capacity. If you remember my first trip up there, I found about three to four switchbacks with no guardrails where the pucker factor kicked in. I was too scared to stop and didn't want to take a hand off the steering wheel to take a photo as I crawled around the corners.

I will be hauling water, food and a table to the top to support the mountain bike ride that goes to the top of the mountain. It's a two day ride not to the top but two days and about 150 miles around and in the Huachuca Mts. I will be interested in seeing who makes it to the top of Carr Canyon Rd where the Ramsey Vista Campground is located. I'll take photos of that day and write about it later.