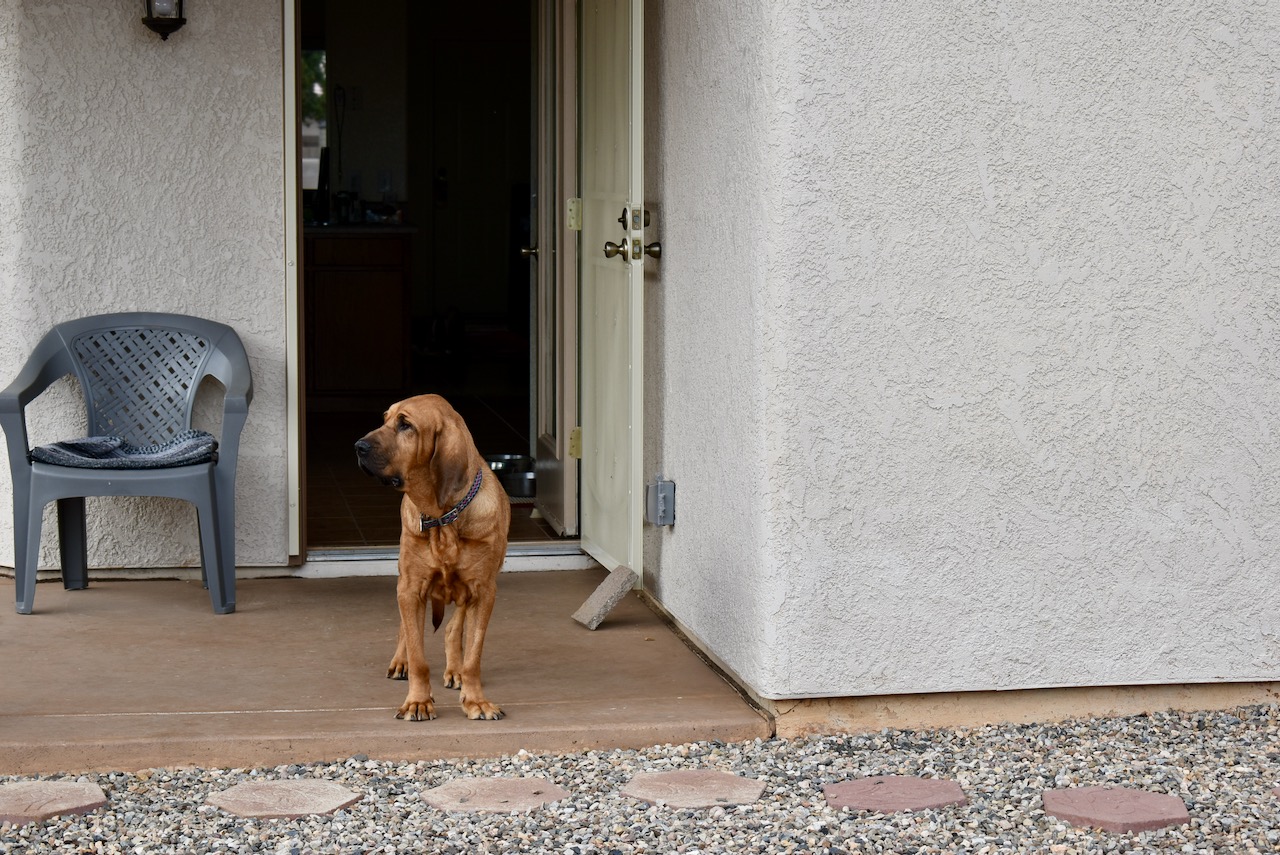 I first started noticing it in September as I took my short walks outside, maybe 10 minutes long, slowly building up time and distance to make it to the mailbox and back. At the time possibly not strong enough yet to walk with Stella but under the doctors orders I was not to have a 90 pound hound with the leash in my hand. But EVERY walk I took, she stood at the open living room window waiting for my return.

That was so much different than the time I left her like I did today. Front window blinds pulled to the side, the patio door left open for easy access in and out of the house, whatever she chose. Back then when I tried that, I came home to three windows having their blinds ripped out of the rails at the top, laying on the floor. 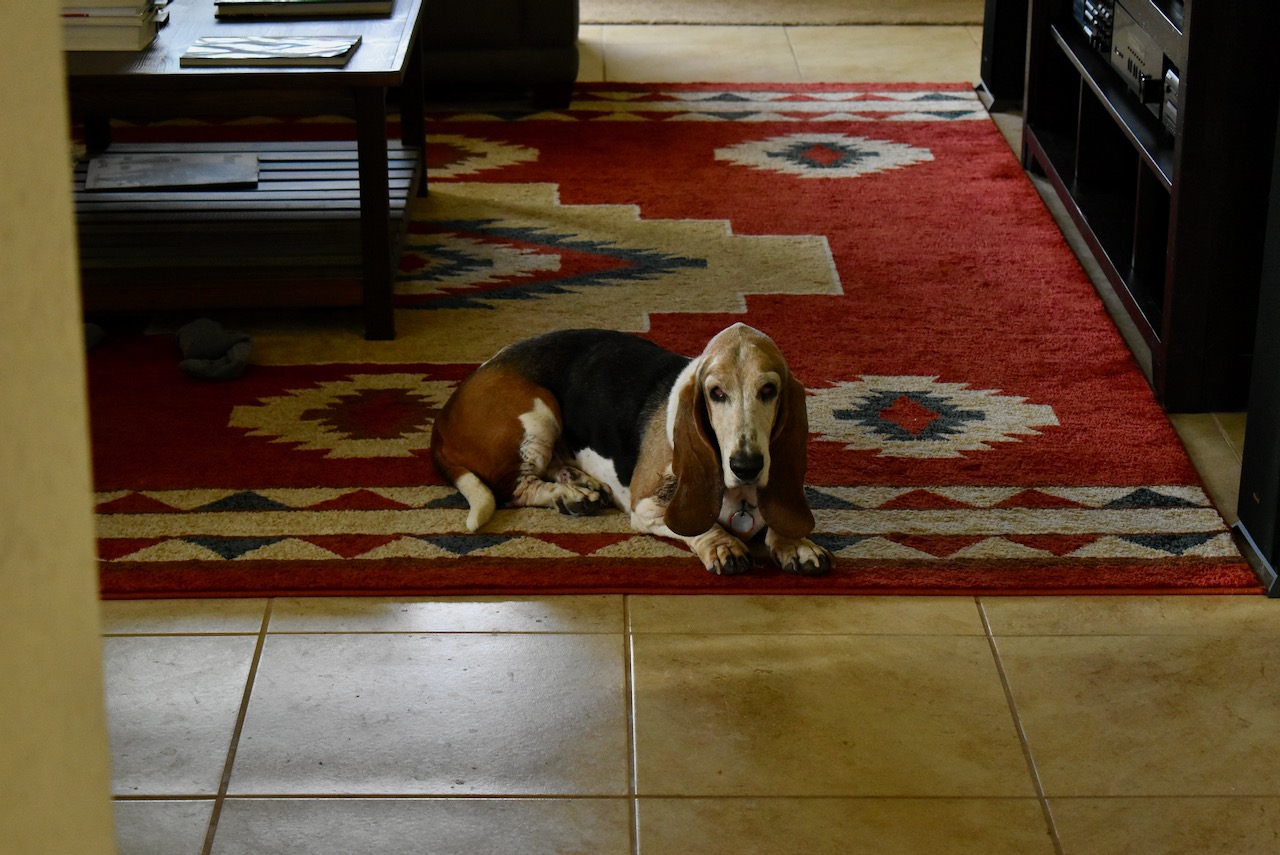 Then a few weeks ago when I started riding laps around my neighborhood getting up to 30 minutes long, she stood at the living room window waiting on my return and seeing me pass the house with each new lap. The patio door was open, which it is most of the time so the hounds can come and go as they please instead of being their doorman.

The blinds stayed in tact after those rides. She showed no signs of stress while I was gone that short period of time. Yet a little over three weeks ago I left her outside in the backyard with a full gallon pan of cold water in the shade, Heidi with her to babysit but I shut the patio door because I didn't want my blinds tore down. 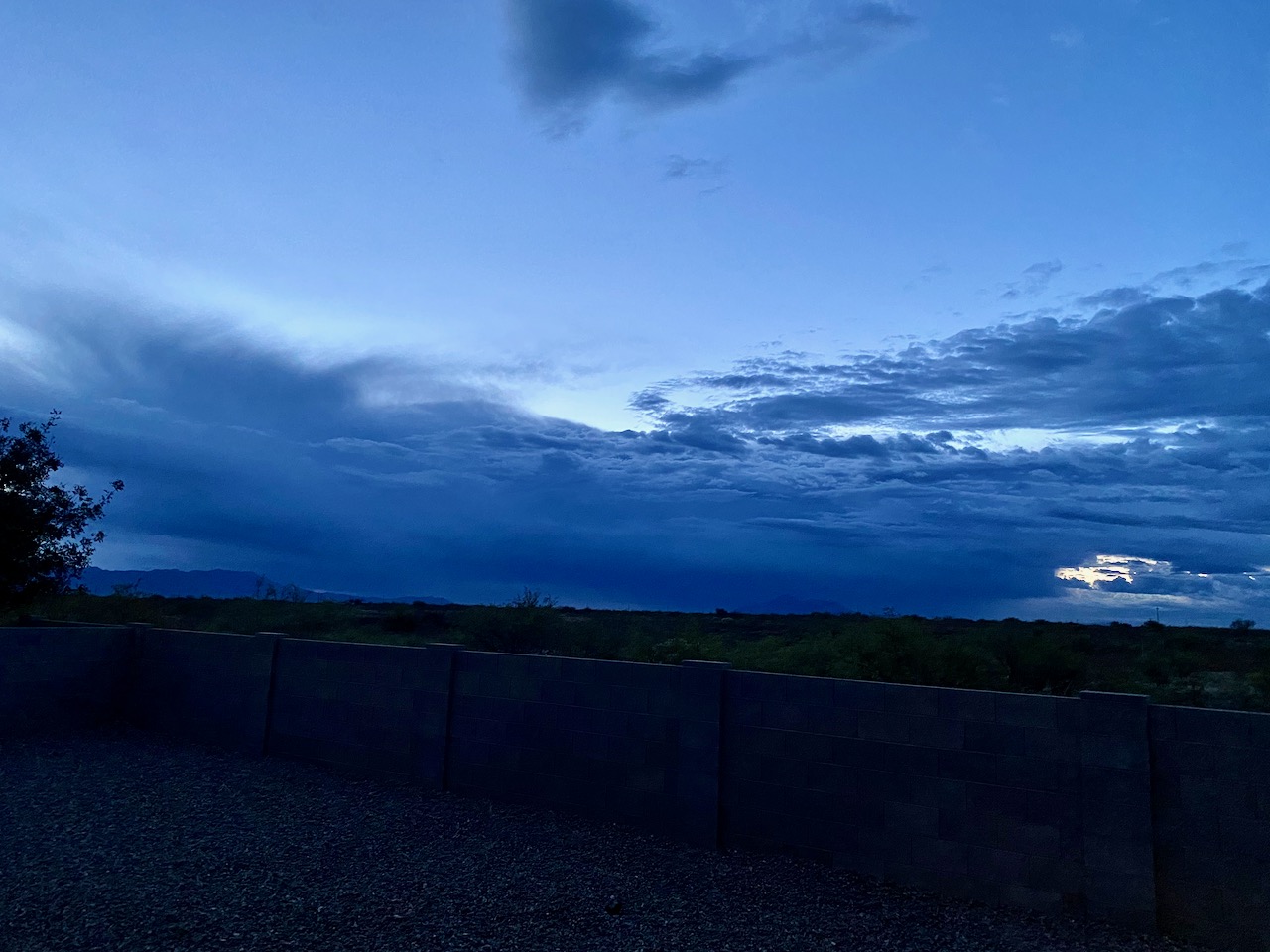 Well what I had was a 26 minute video on my phone of a stressed out and sad bloodhound while I was gone. I have tried multiple time to send that video to friends by email or text and even tried loading into this blog for you to see or listen too but I was not successful in any of my attempts.

After I had completed my 33 minute bike ride this morning I returned to find my blinds still hanging normally. I had not done the usual laps around the neighborhood but expanded my ride a little to roads I had ridden before. I was out of her sight for 33 minutes. She was happy when I returned and I was even happier that the house was as I left it. I praised her like a new 8 week old puppy. She was happy. 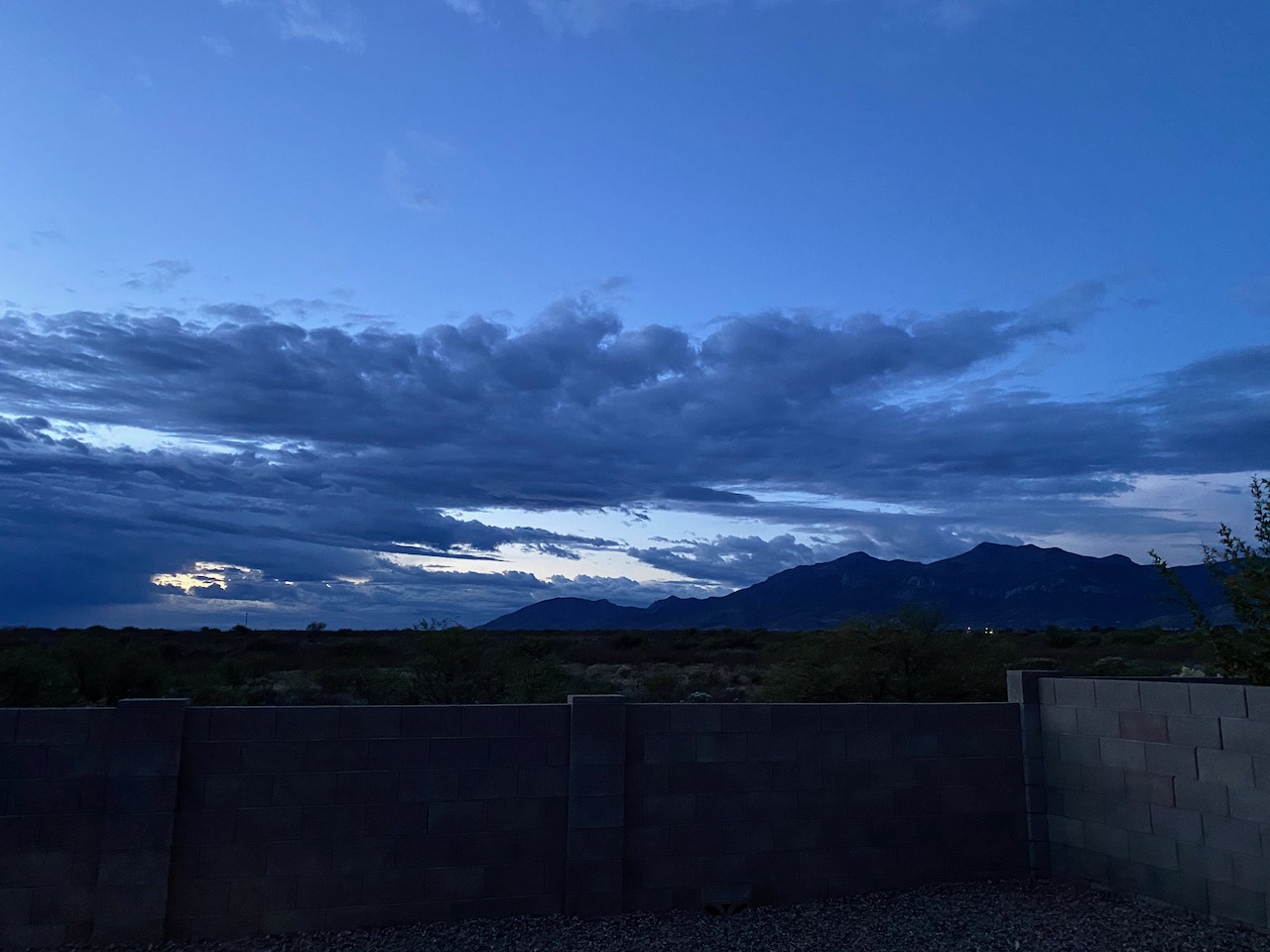 I had plans to go to the bike shop to buy a bike carrier that hangs over the tailgate of my truck. I figured at most it would be a 30 minute trip. A perfect time for a Stella Anxiety Test. Lets see if she would be as good as she was this morning. I left the patio door open, the blinds pulled to the left and took off. I had no doubt that she would be okay for the 30 minutes I was gone.

Good discussions at the shop, met some new people that also ride, more discussions and then they offered lunch, more bike discussions and before I knew it I had been gone over two hours and a half. I will say in the 4+ years that I have had her, she has never tore up my furniture. She may have tried to dig through the bedroom drywall in Indiana, but no furniture was destroyed. 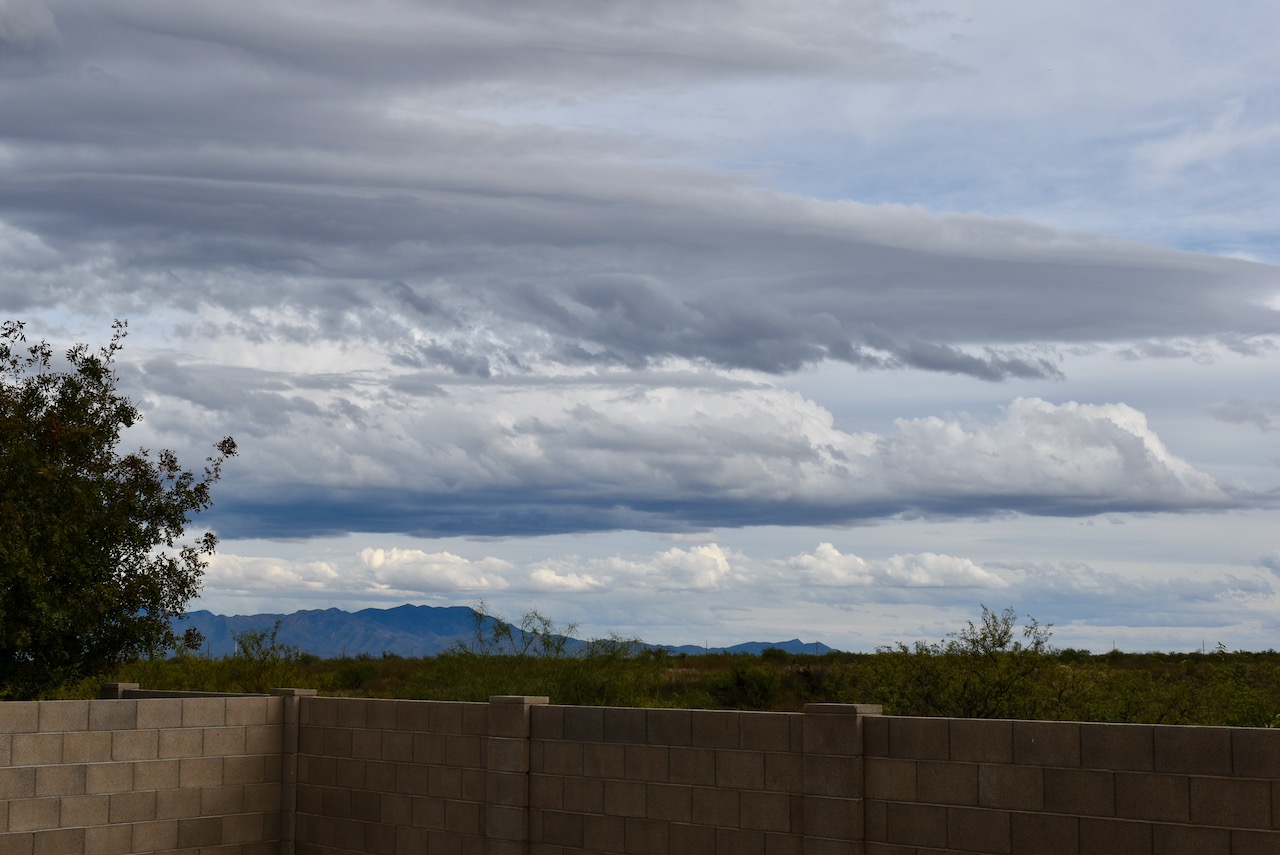 I figured at the worst I'd come home to find my vertical blinds ripped out of the rails and would laying on the floor. The company that replaced the previously damaged blinds told me my new ones had a lifetime guarantee and a "one time only" policy that they would replace for free, any blinds that would be tore down by a certain bloodhound.

I figured I might have to call and have them activate that "one time only" policy today.

As I drove past the house about to turn into the driveway, I saw her standing at the gate in the backyard. Had she been spreading the rock yard around trying to dig herself out? Or did she try to dig through the concrete patio floor like last week, when I left her outside with the patio door shut? 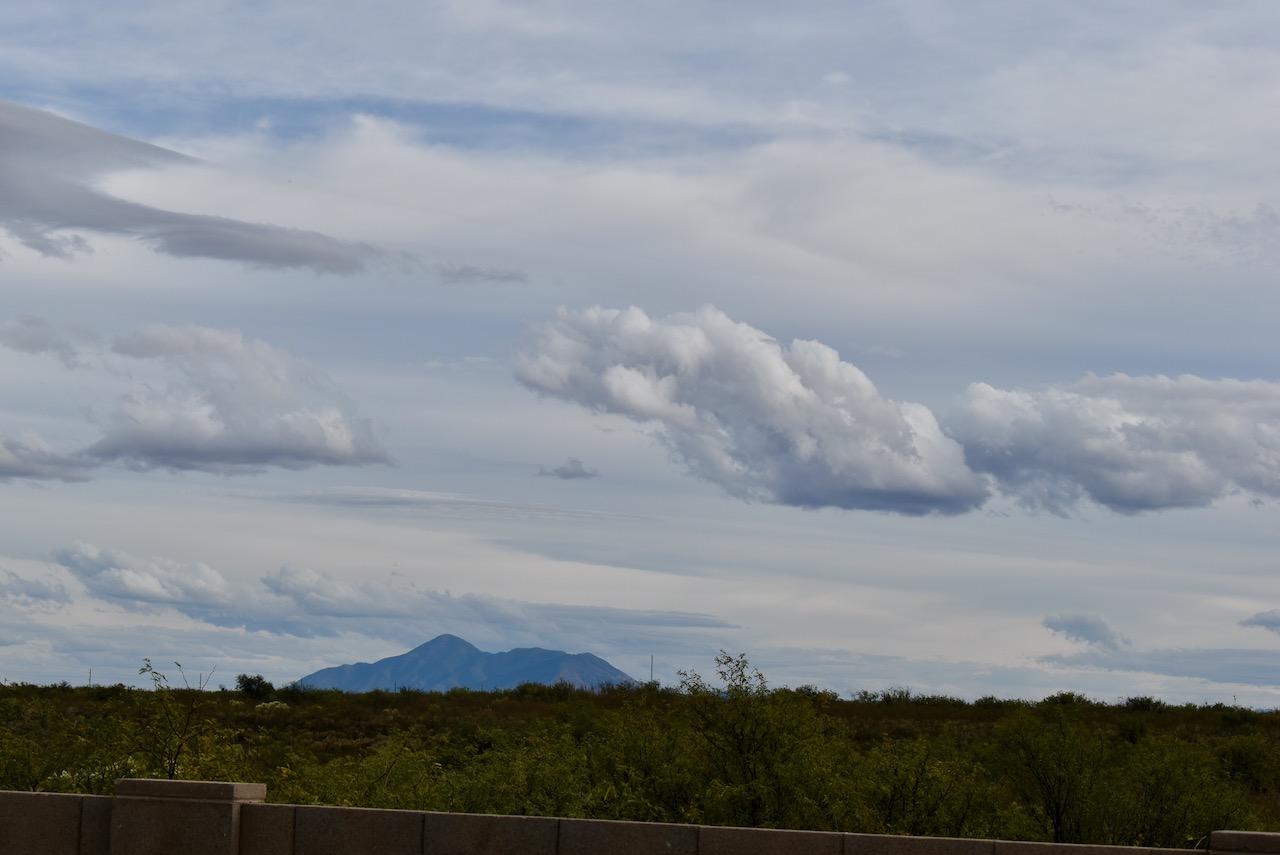 I could tell the windows in the living room all had their blinds the way I left them. That's a great sign!!! Lamps were still standing on the end tables. Nothing had been knocked off to the floor. Things seemed normal as I entered with Heidi barking to let me knew she had been taking care of things.

I checked each room of the house ... not a hint of paranormal activity. The rock yard was the same and no signs of wells being dug through the hard Arizona dirt by bear like claws at the end of a bloodhound paw.  The water bowl had half as much water as it had when I left but was not tipped over like past outings. 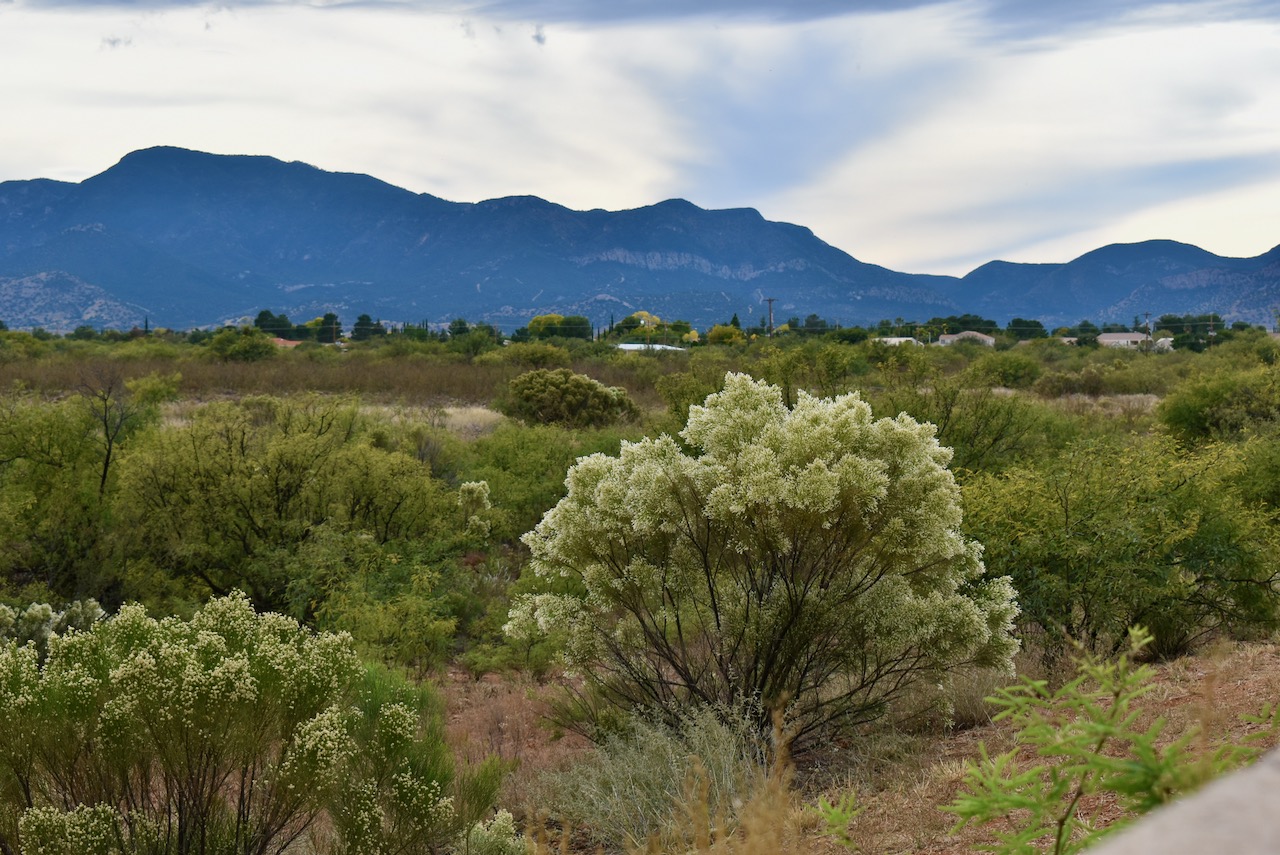 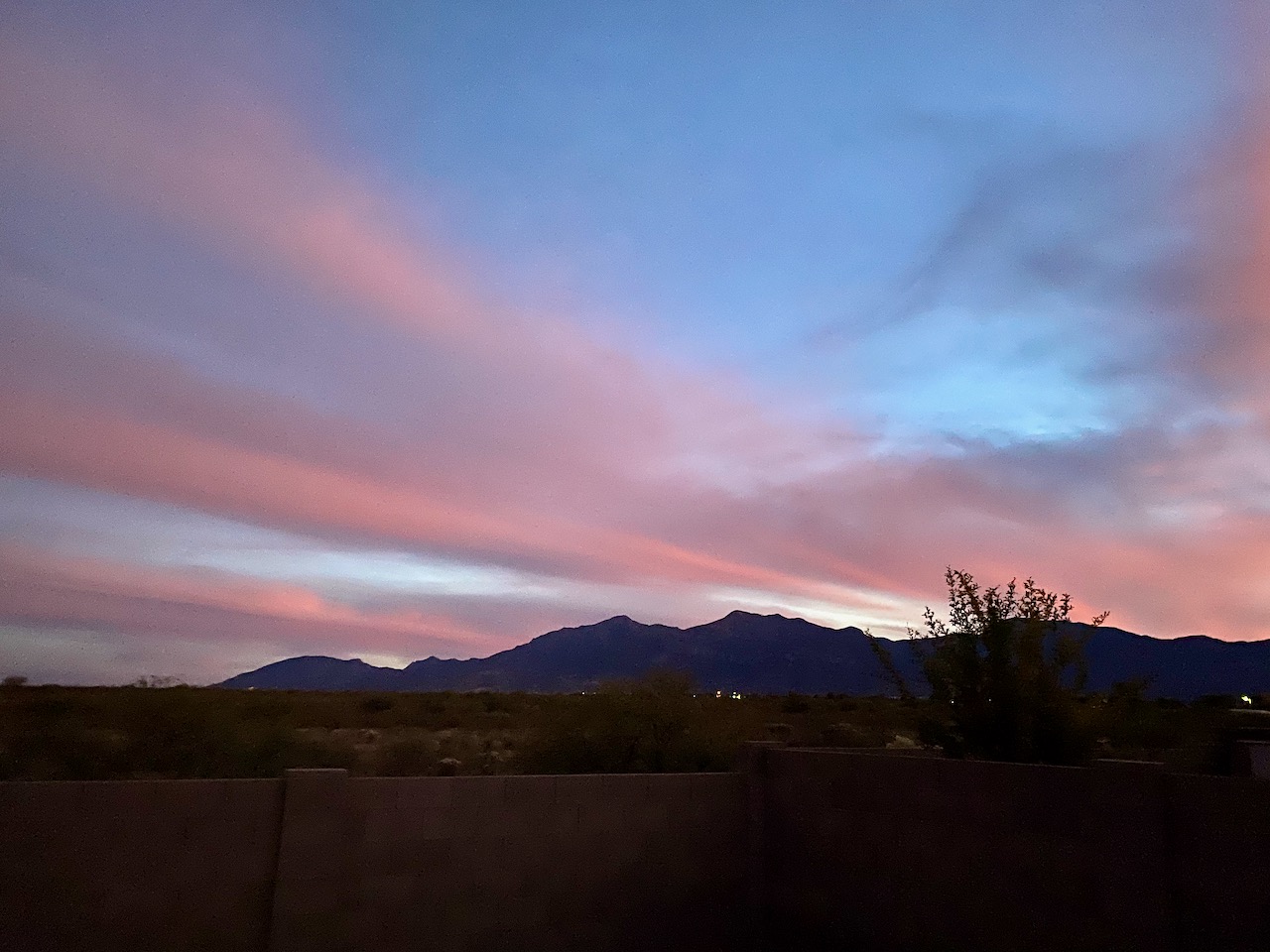 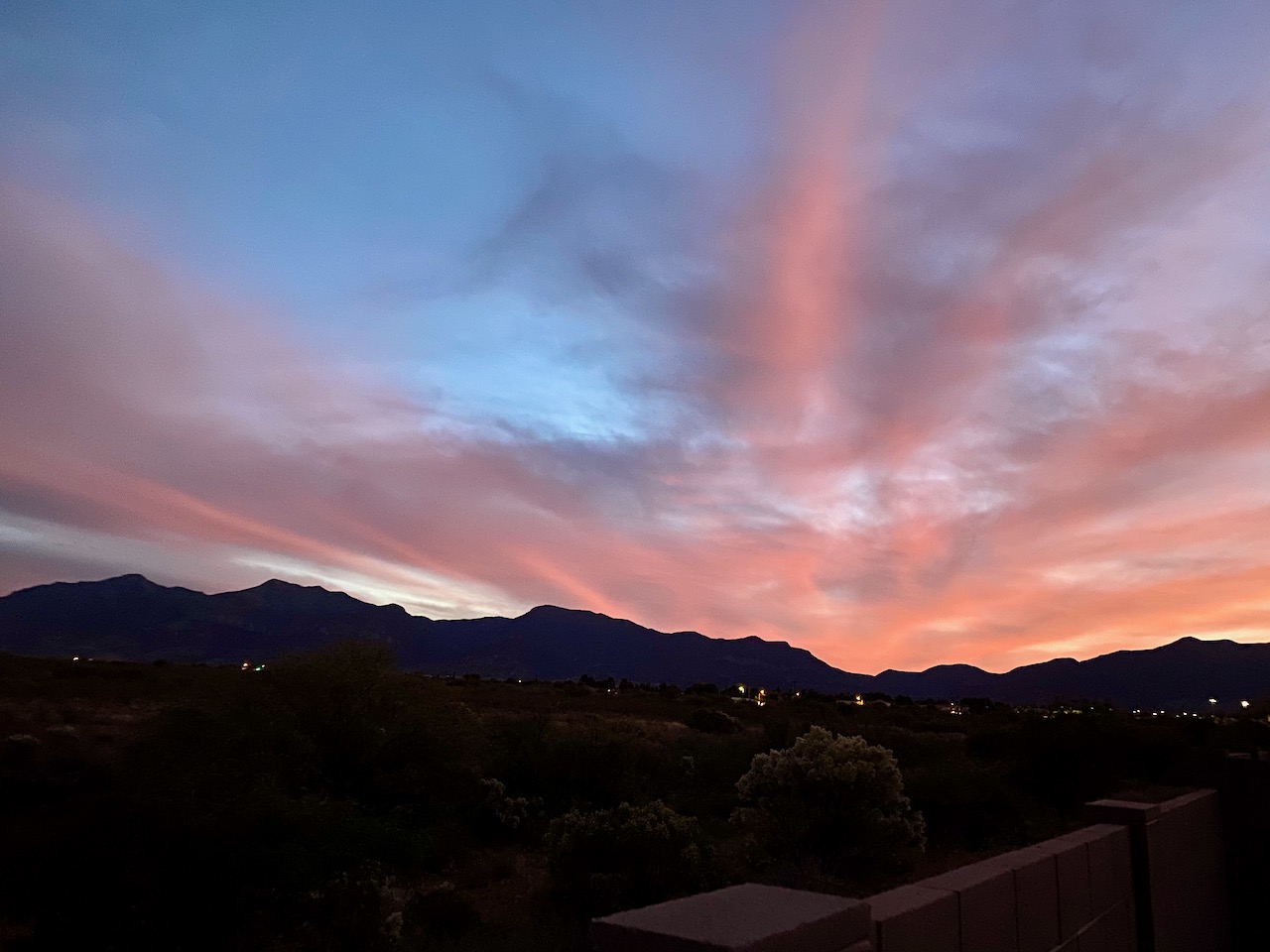 Gone two and one half hours and Stella was the perfect house dog!!! 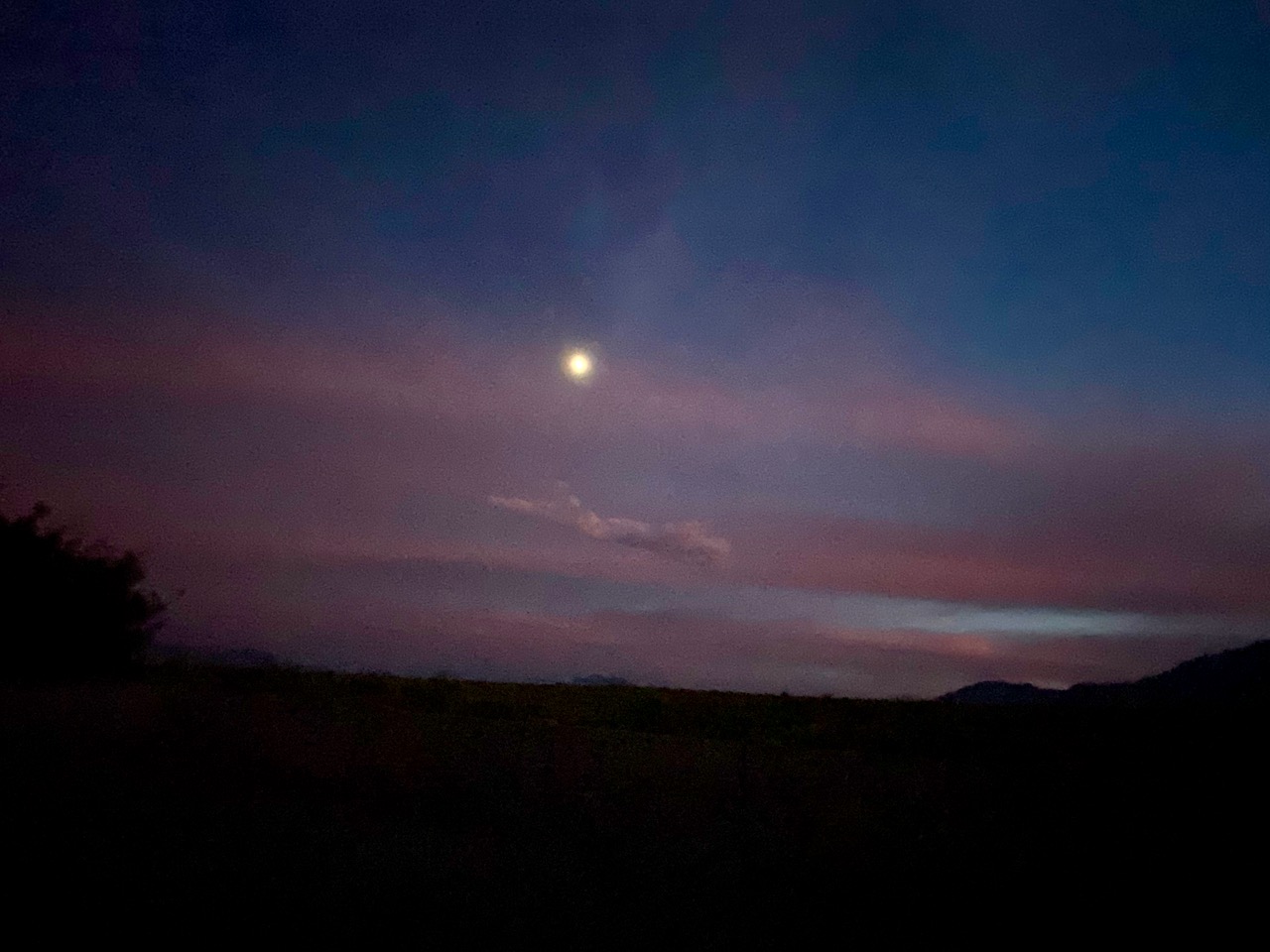