I Clicked The Wrong Button On Monday 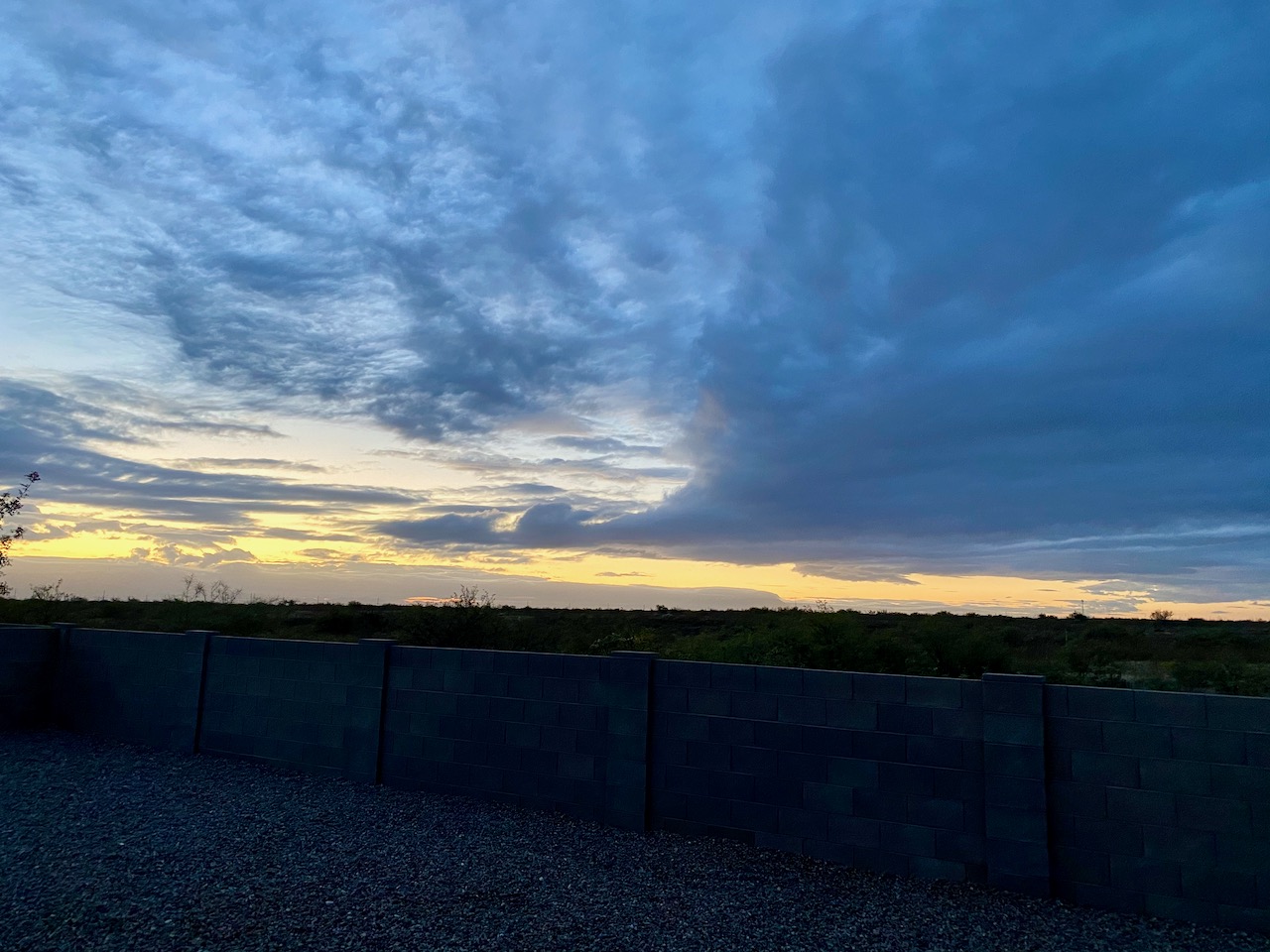 We woke up to cold temps (low 40s) and windy today but that is not what caused the strange blog post to show up when you tried reading it last night. Monday night I loaded the photos I was going to use for my next post, enlarged them like I always do before typing my text. Only I did not have time to put a post together so I was just going to save it and "close" it ... by habit I hit "save" and then the "publish" button ... thus the blog showing up on other's sidebar and nothing was there when you opened it because as soon as I did that I went back and deleted the post that was nothing but photos. 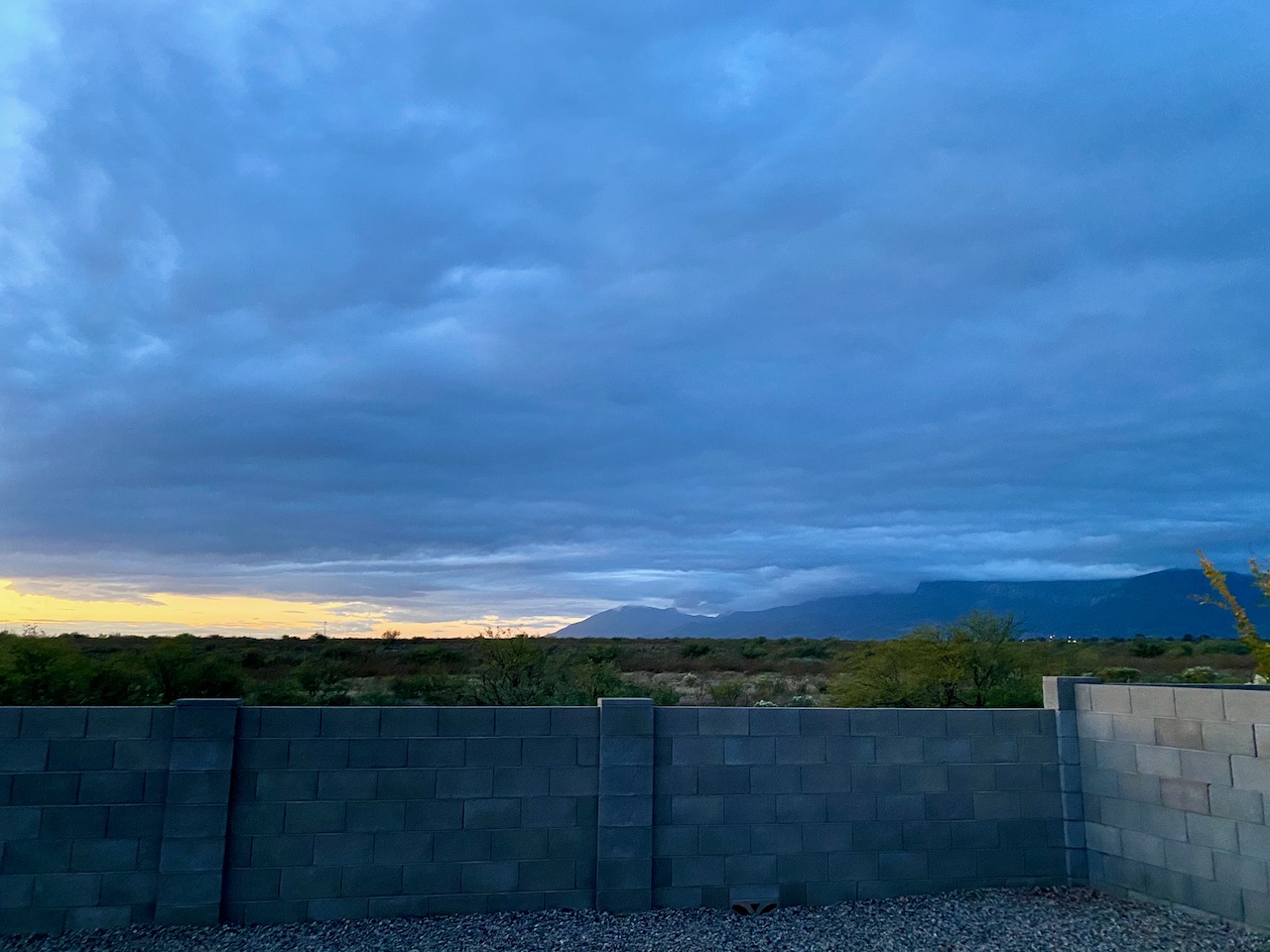 It was a restless night last night, up and outside many times because Heidi is having some upset stomach issues. She still rolls on her back every morning and growls at herself, trots to the kitchen when food is served and begs for my food like always, so I know she is okay. It does make for a sleepless night though hearing her walk past my bed and then trying to get to the patio door before she does. My new hip is getting a good workout during the night. 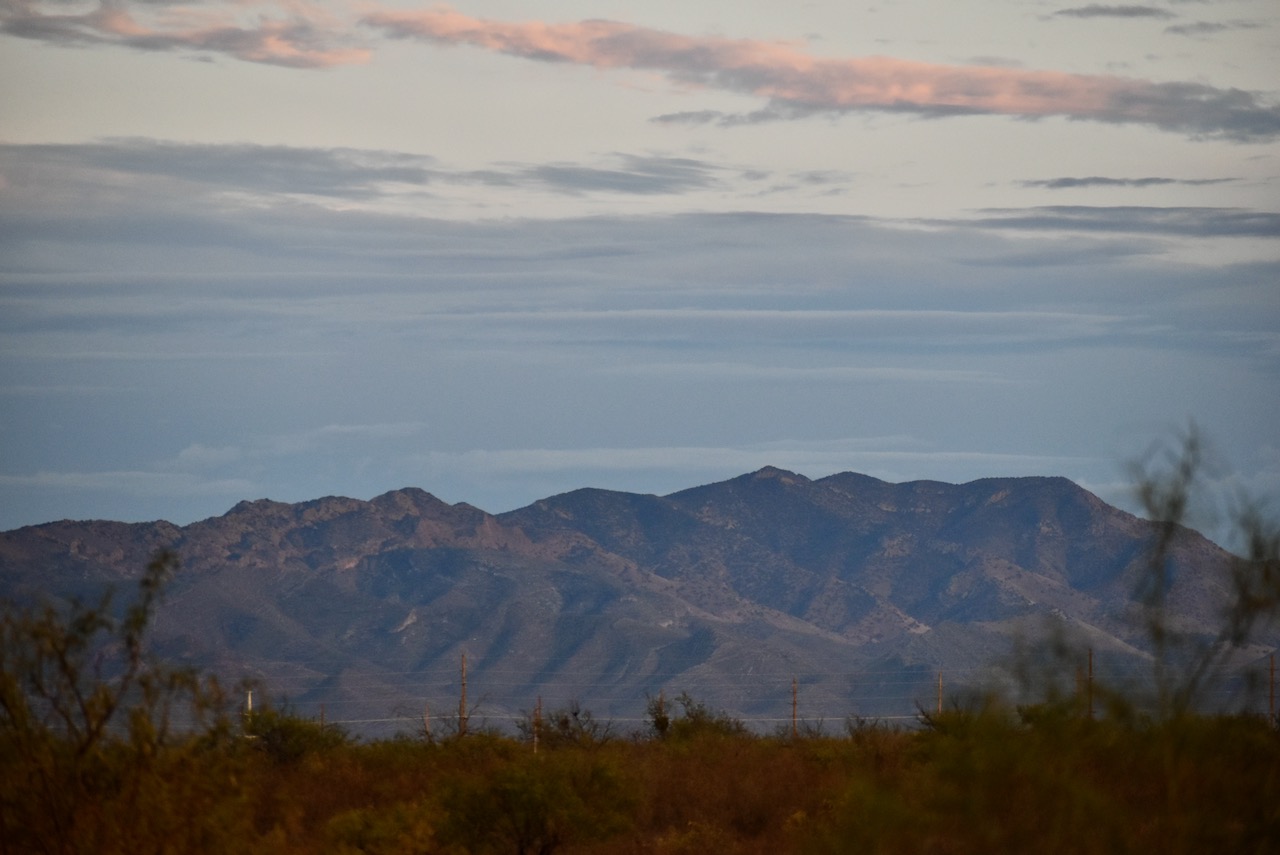 To backtrack a little, Sunday I took a few photos, not many. I put the 70-300 lens on the Nikon and made it a "day of zoom". Here are a few of those photos. 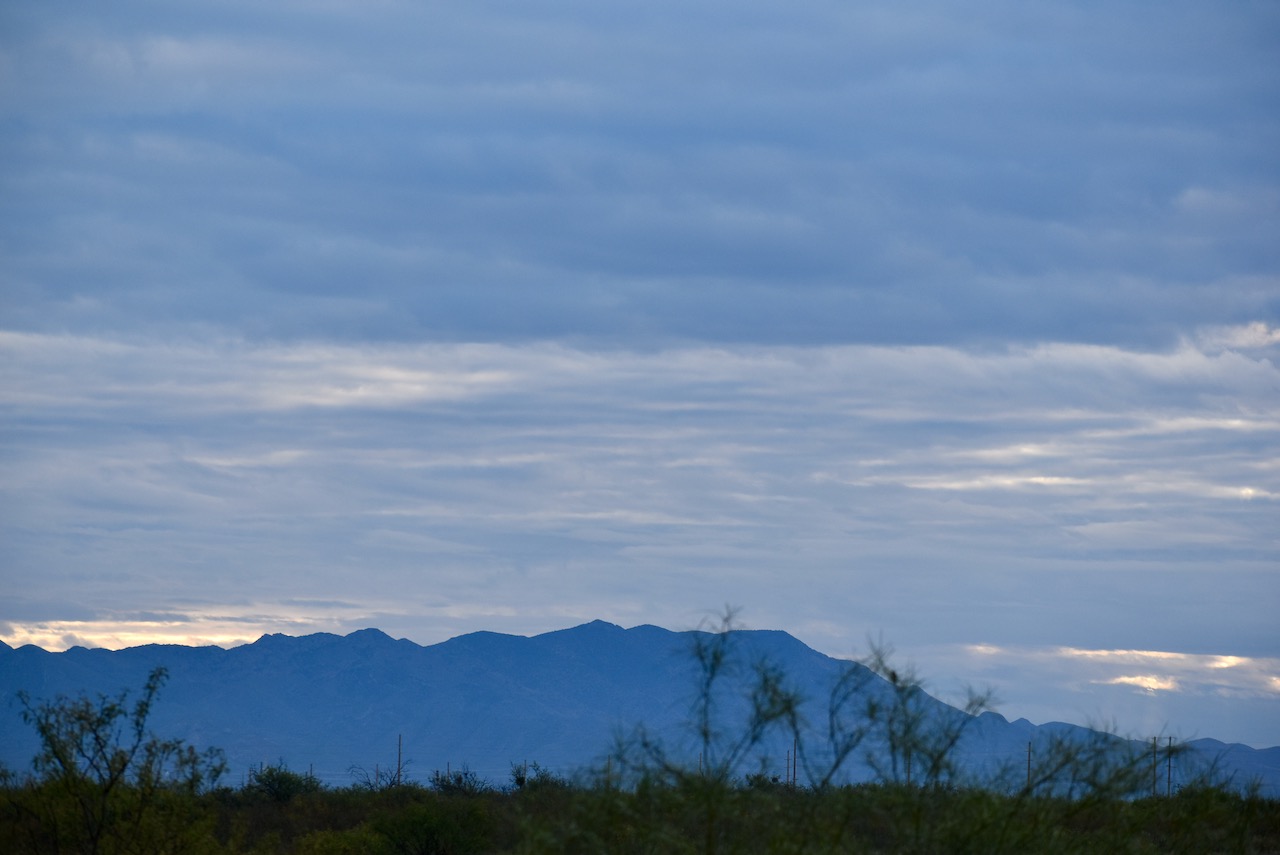 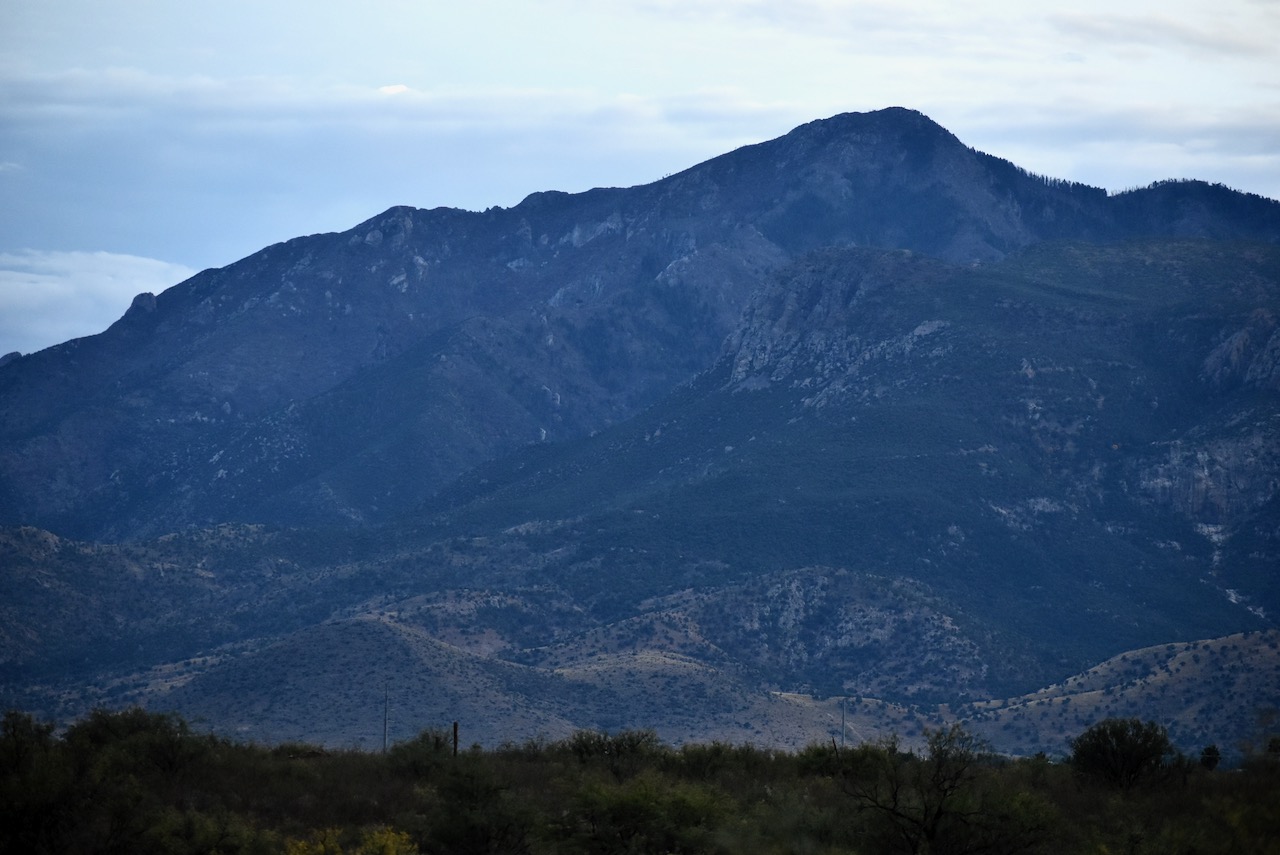 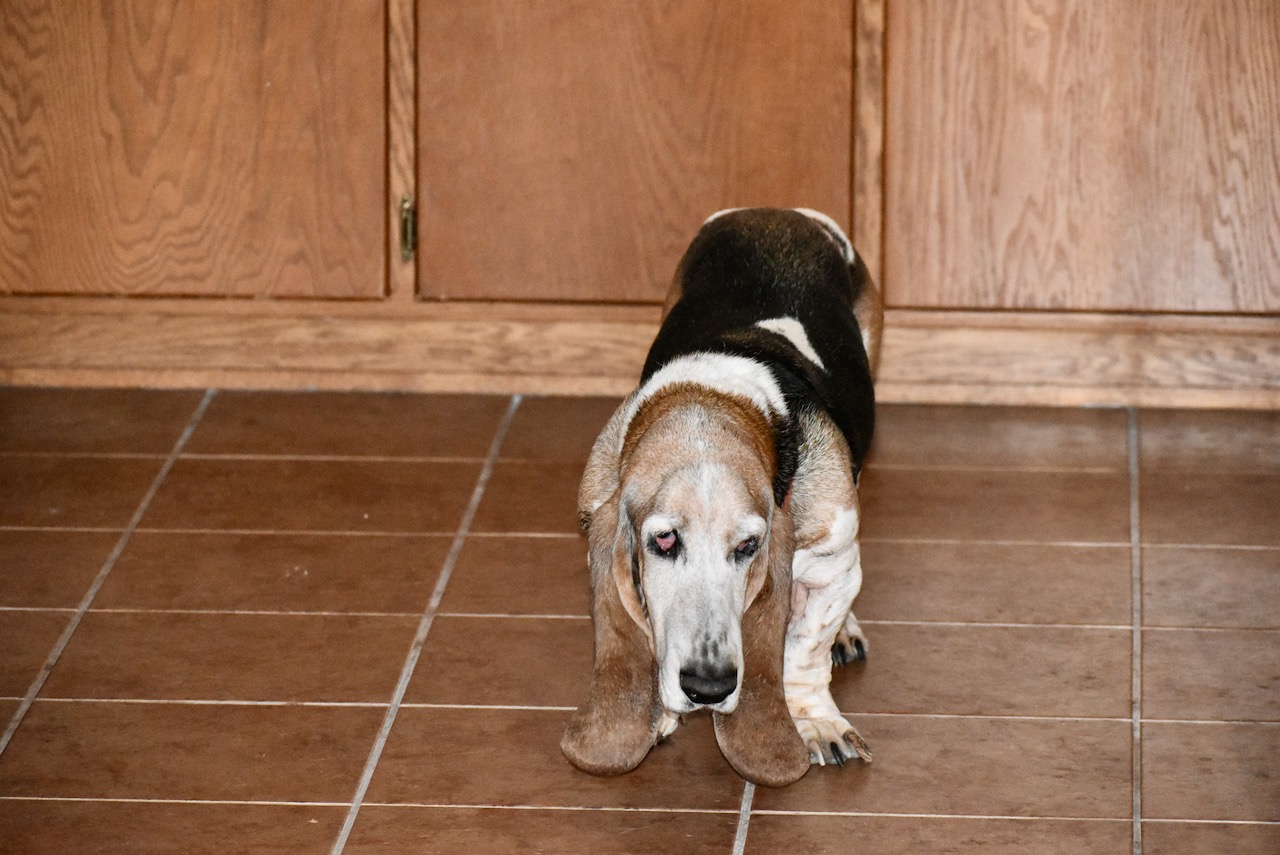 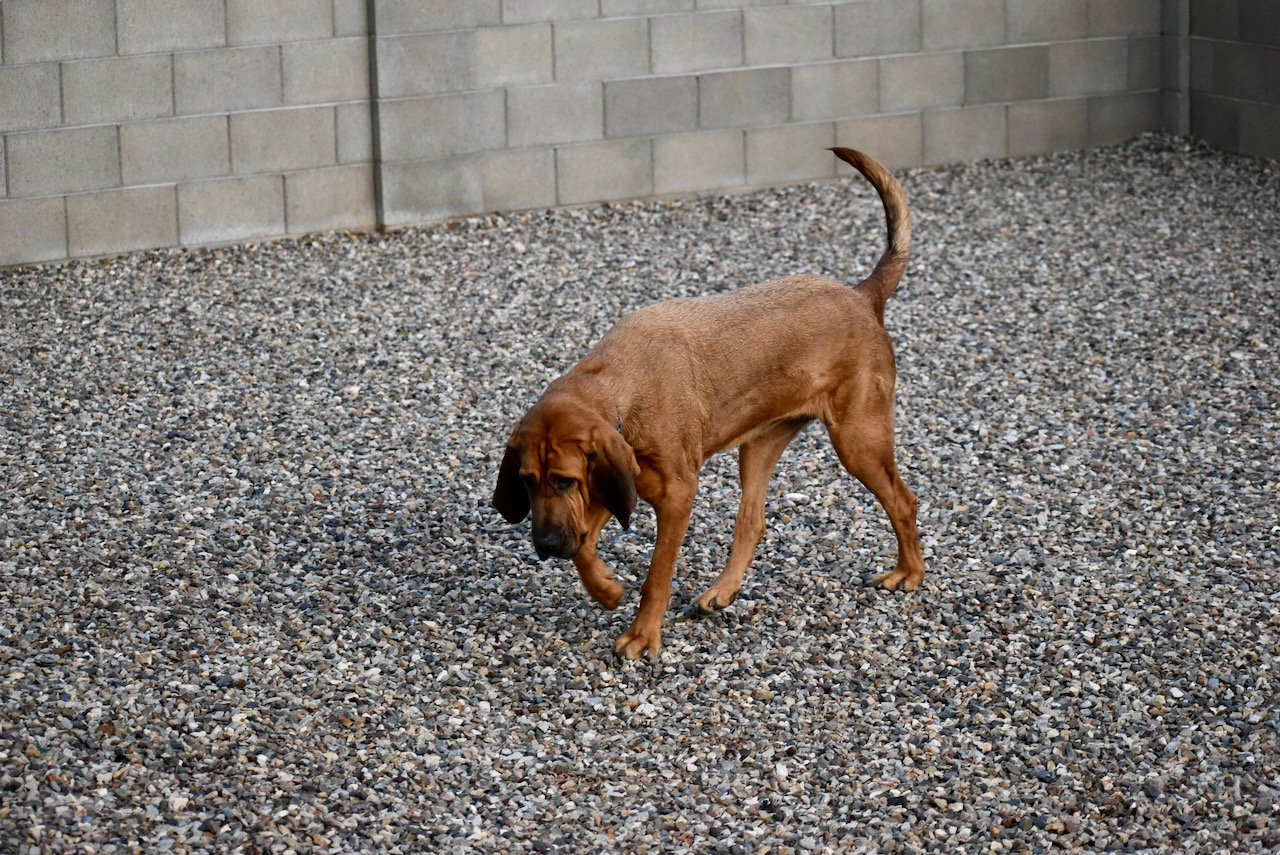 Yes even the hound photos were zoomed in. 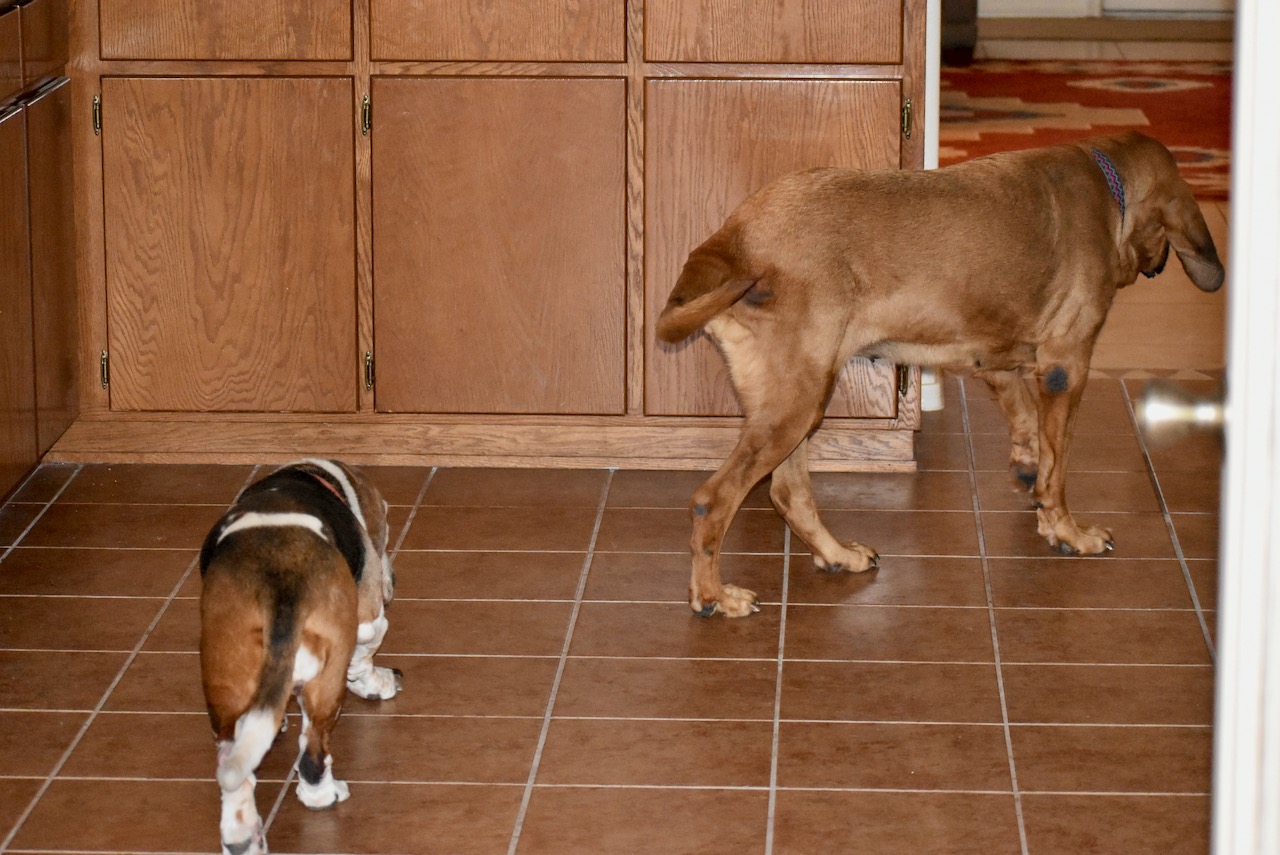 After my big day on Saturday of riding my longest ride on the bike and then taking a 2.2 mile hike with some climbing after lunch, I knew by Saturday night I had done too much. I wasn't sore but I was really tired. The hounds picked up on that I guess so Sunday they were not interested in any walks. They spent most of the day Sunday just hanging out with me as we took a day off. 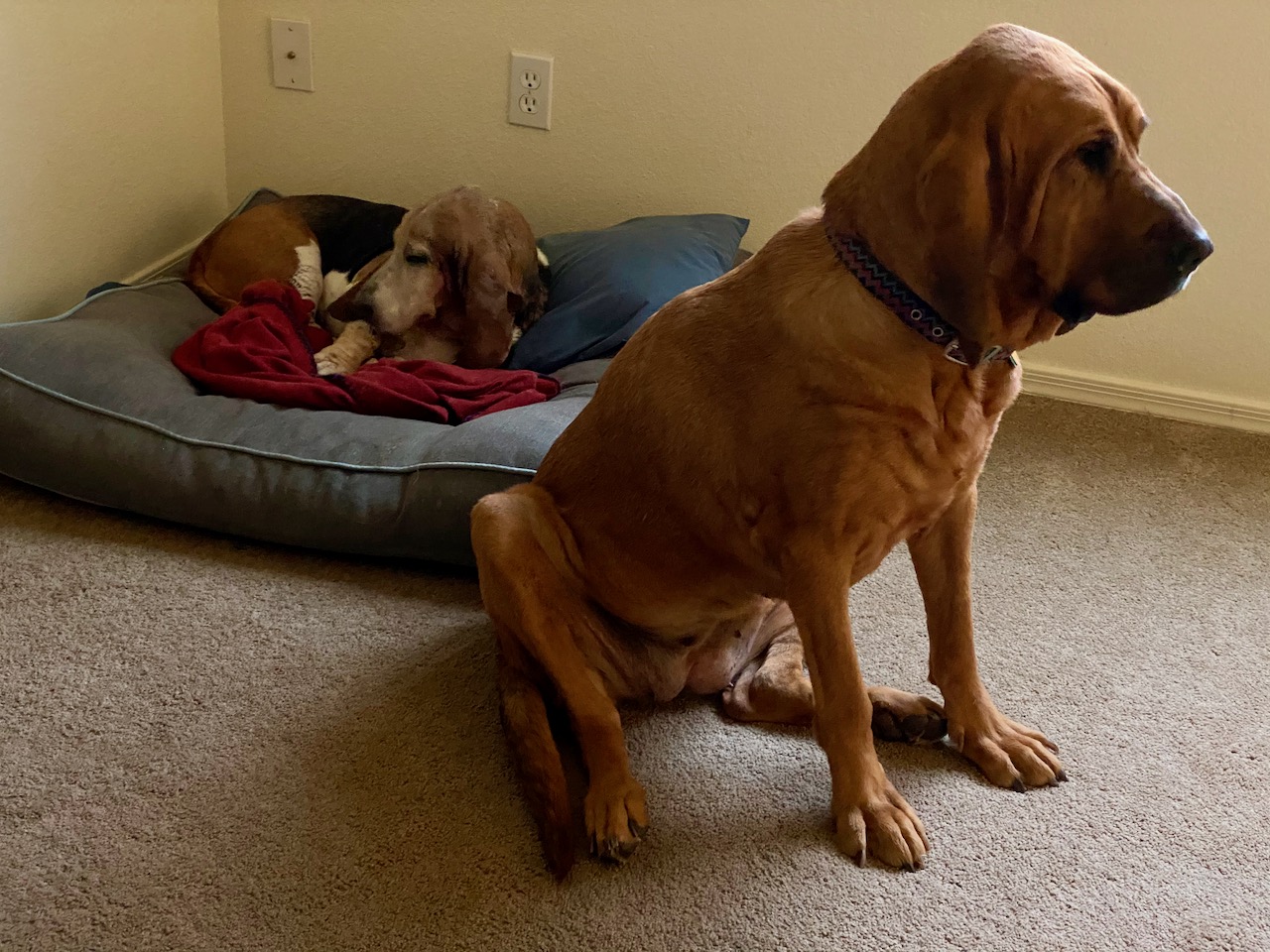 Stella did some deep thinking trying to figure out why she tore the blinds down again. I'm not sure she came up with any answers. Luckily I have found out from the company that installed them, their promise is true ... free replacement and labor for ONE TIME ONLY!!! 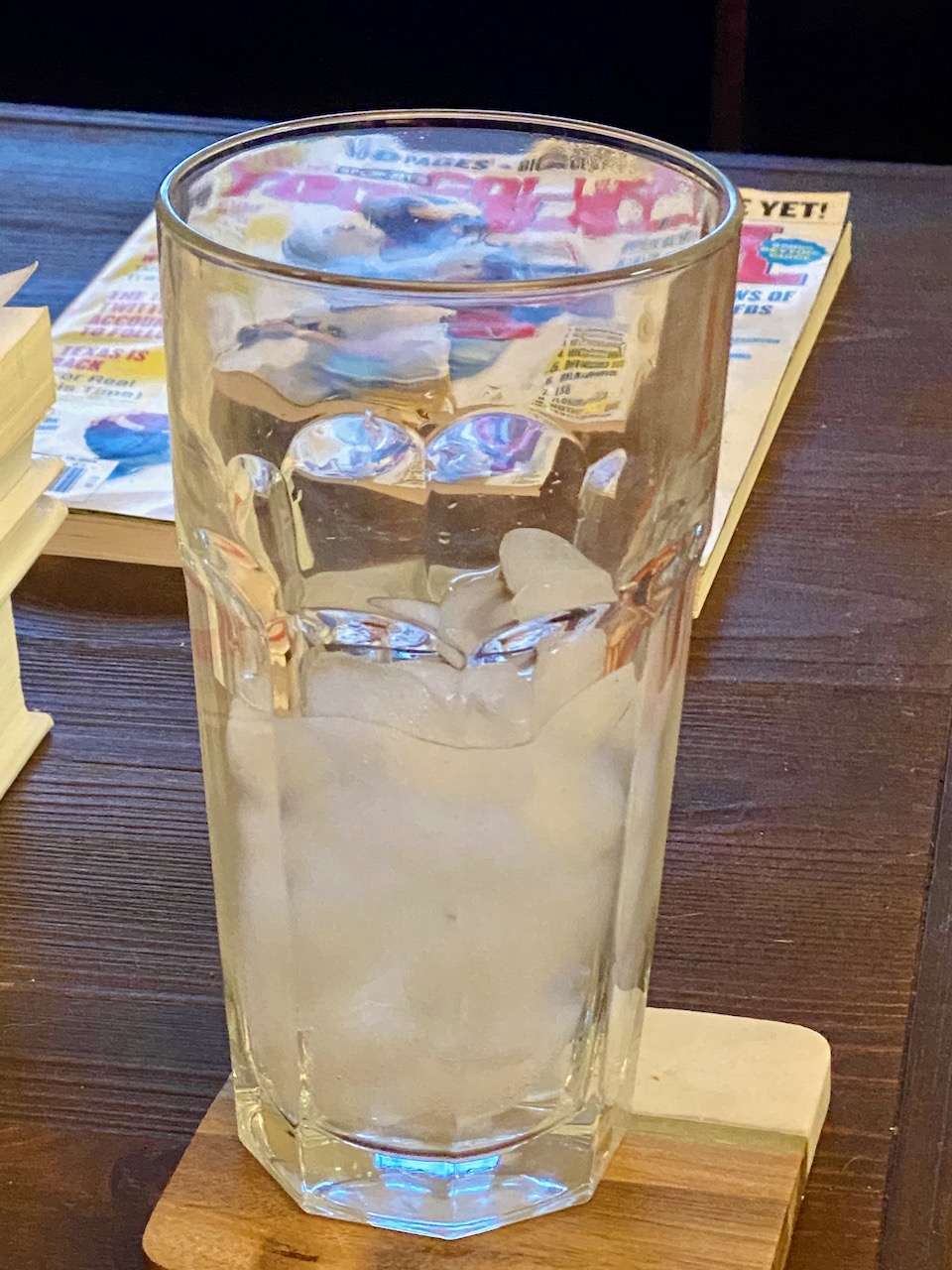 It just just a few years ago when I went "cold turkey" and quit buying and drinking 2 liter of Pepsi and would drink that during the day of watching football games. This drink doesn't taste as good but is much better for me ... pure filtered ice water. I think over the past couple of years it has been a factor for keeping my weight off. 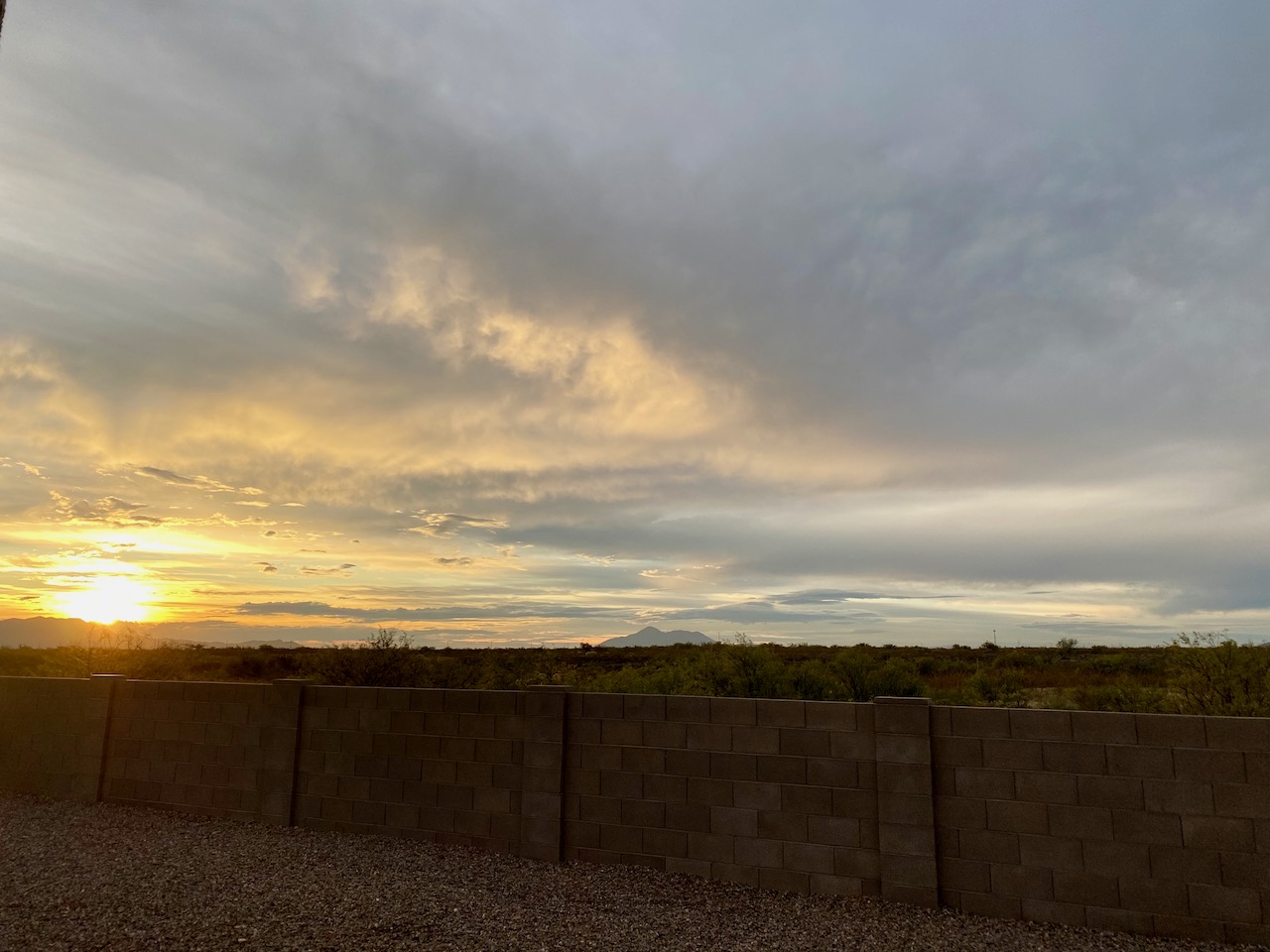 Monday morning I felt much better and I knew as soon as the cup of coffee was gone I was going to take my longest ride on my bike and in fact I was going to ride my road bike back on the roads that I use to ride. A description of that ride is on my blog sidebar or you can click here if interested. It was my initial goal the first afternoon I came home using a walker to get around the house. Back on September 9th when I was released from the hospital the surgeon told me to "walk as much as possible and I'll see you in two weeks."

Riding a bike seemed like a dream instead of something possible. I worked up gradually to riding 15 miles out on the road towards Ramsey Canyon and riding for 1 hour 30 minutes. This morning I feel good enough that I could ride the same course ... but its windy and 48° so far this morning so I'll hold off for a while and see what the day brings. 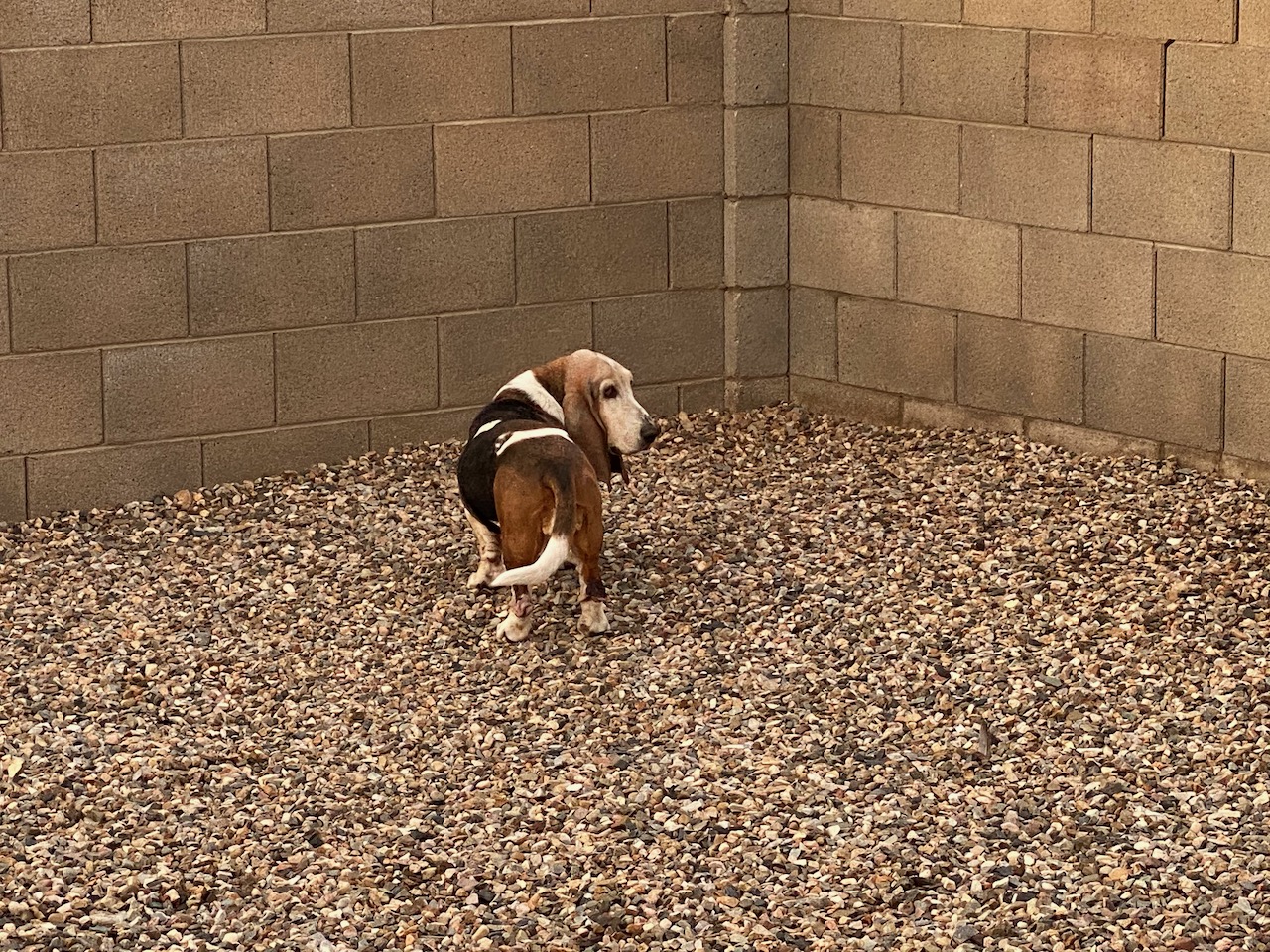 At least with Heidi's digestive issues, she is able to make it outside and I have noticed she has the same route all the time. Walk toward the west corner of the fence, make a left and follow the fence line to the other side of the yard and then hunt for the perfect spot. It doesn't matter if it is 4:00pm or 1:15am ... same thing. She is never in a hurry either. 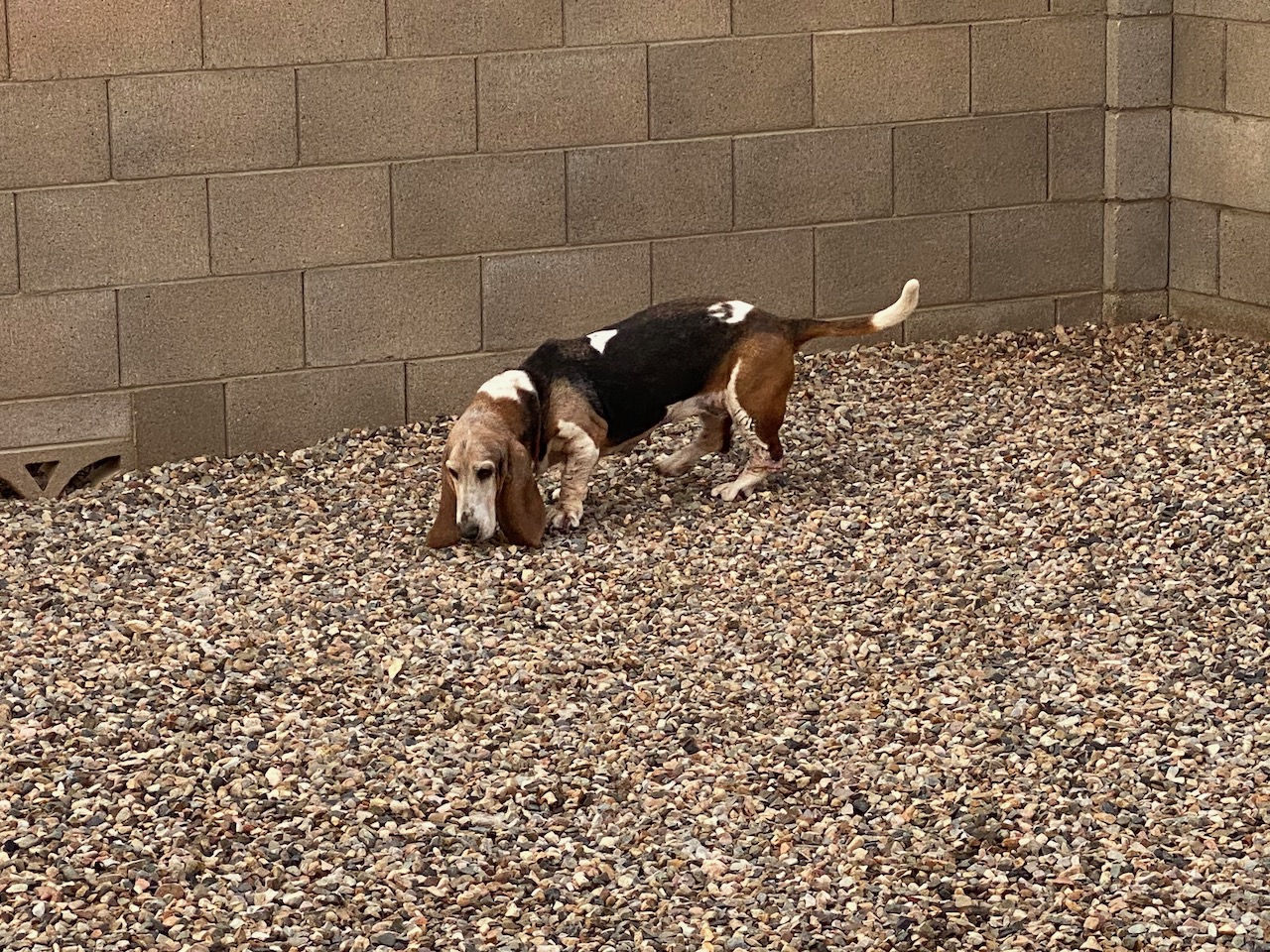 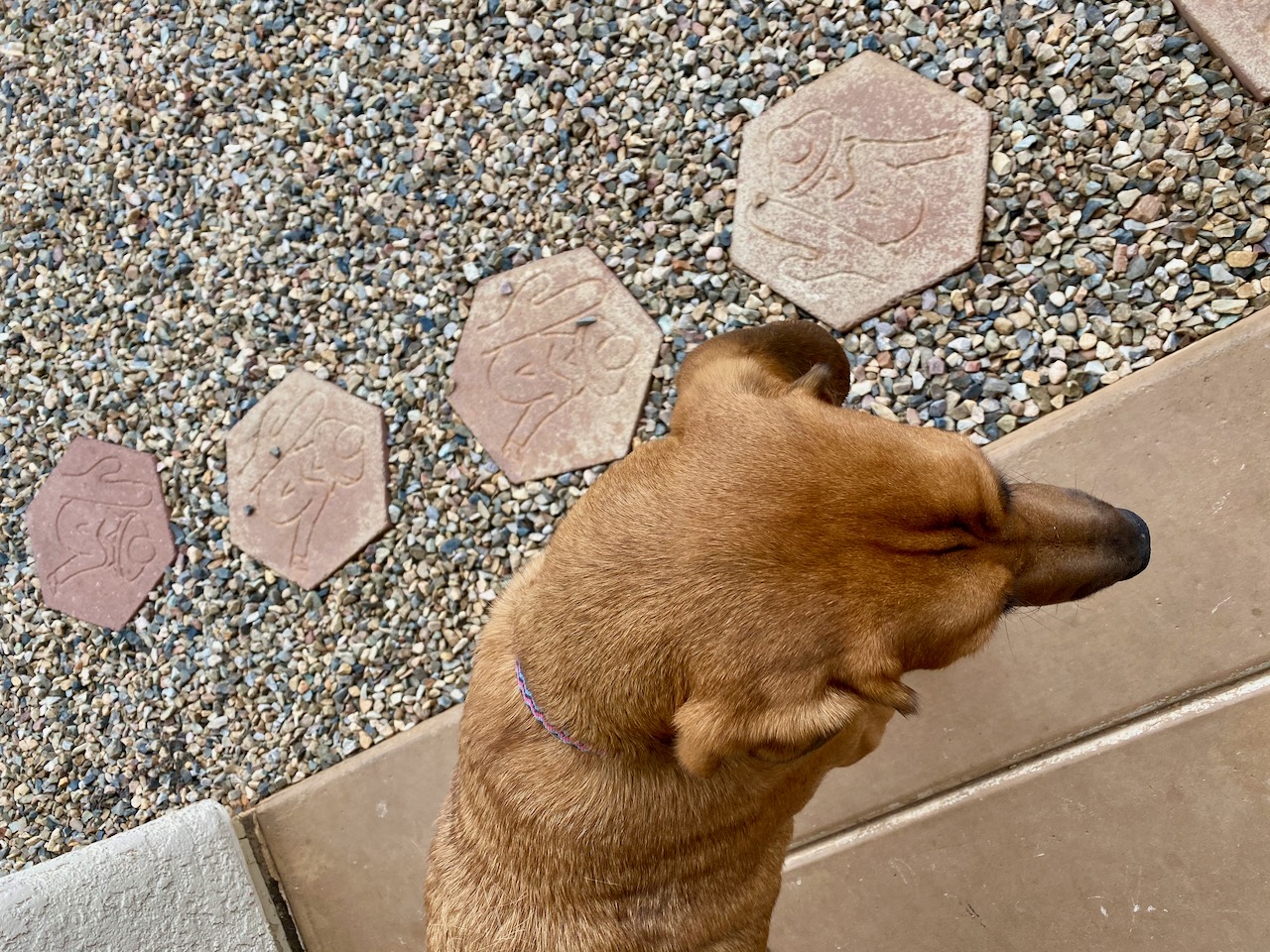 I might have mentioned the neighbors have a new 8 week old black lab puppy, pure bred with papers.  Evidently they changed from their plans of crate training it to just putting it in the backyard and shutting their patio door, leaving it alone for hours at a time. Consequently Stella is hearing new sounds from morning to night. If I knew that I would not hurt myself, I would climb my 5' concrete block fence and bring the puppy over to my yard or house. Last night it set a record of an hour or more straight of howling, barking and crying in the dark ... no one was home. 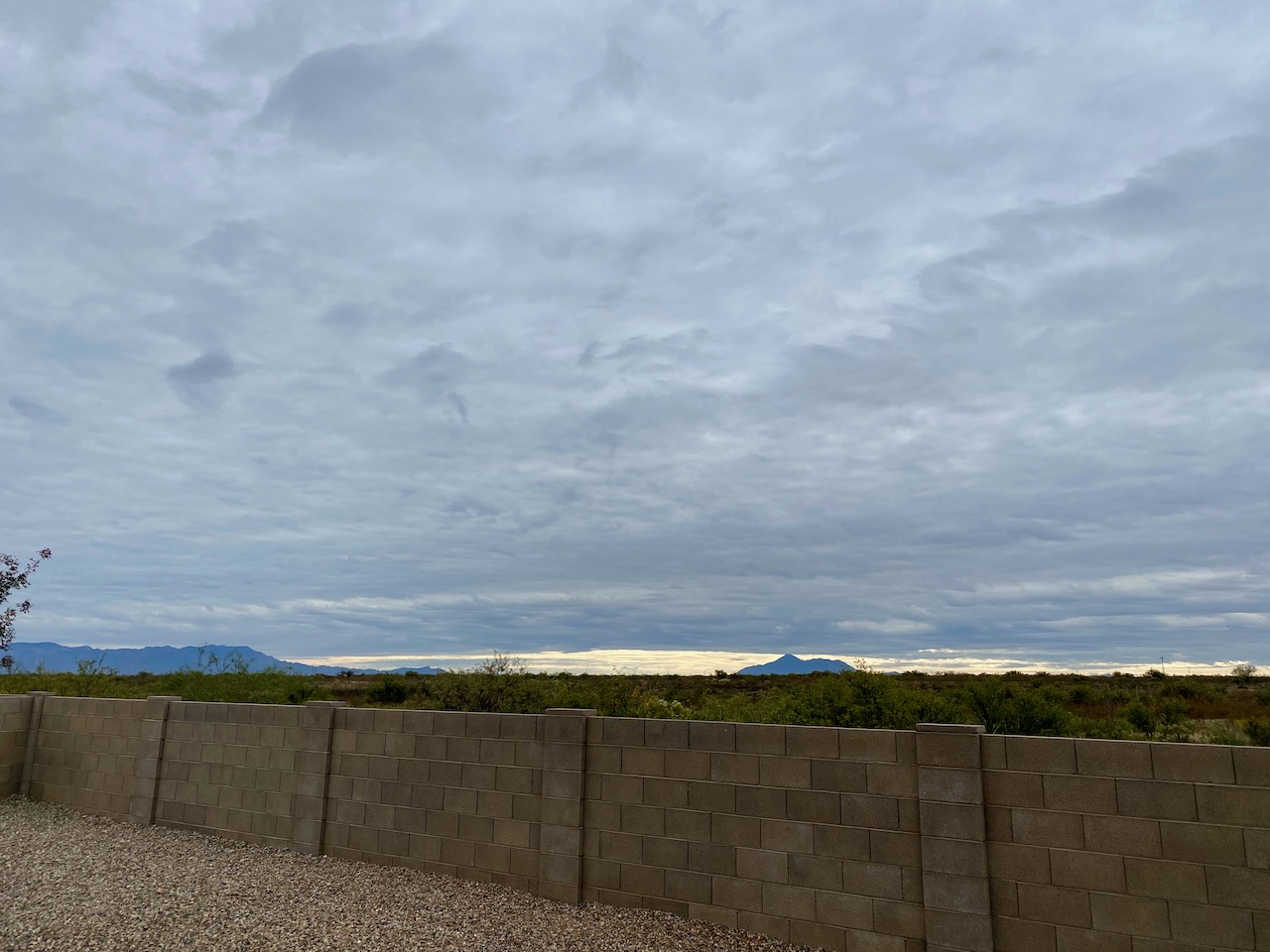 I could tell the way the day was moving along on Monday afternoon, the skies that is ... that a storm was brewing somewhere. Probably not here but somewhere. As we moved into the early evening friends from the Midwest were sending me screenshots of their weather and photos of their backyards ... they were getting a full blown winter snow storm. Asking what was going on???? This morning I see they are somewhere between 9°-11° depending on if they live in Chicago or in 'the tropics' of Southern Indiana.

So 48° and windy doesn't seem to bad after all. 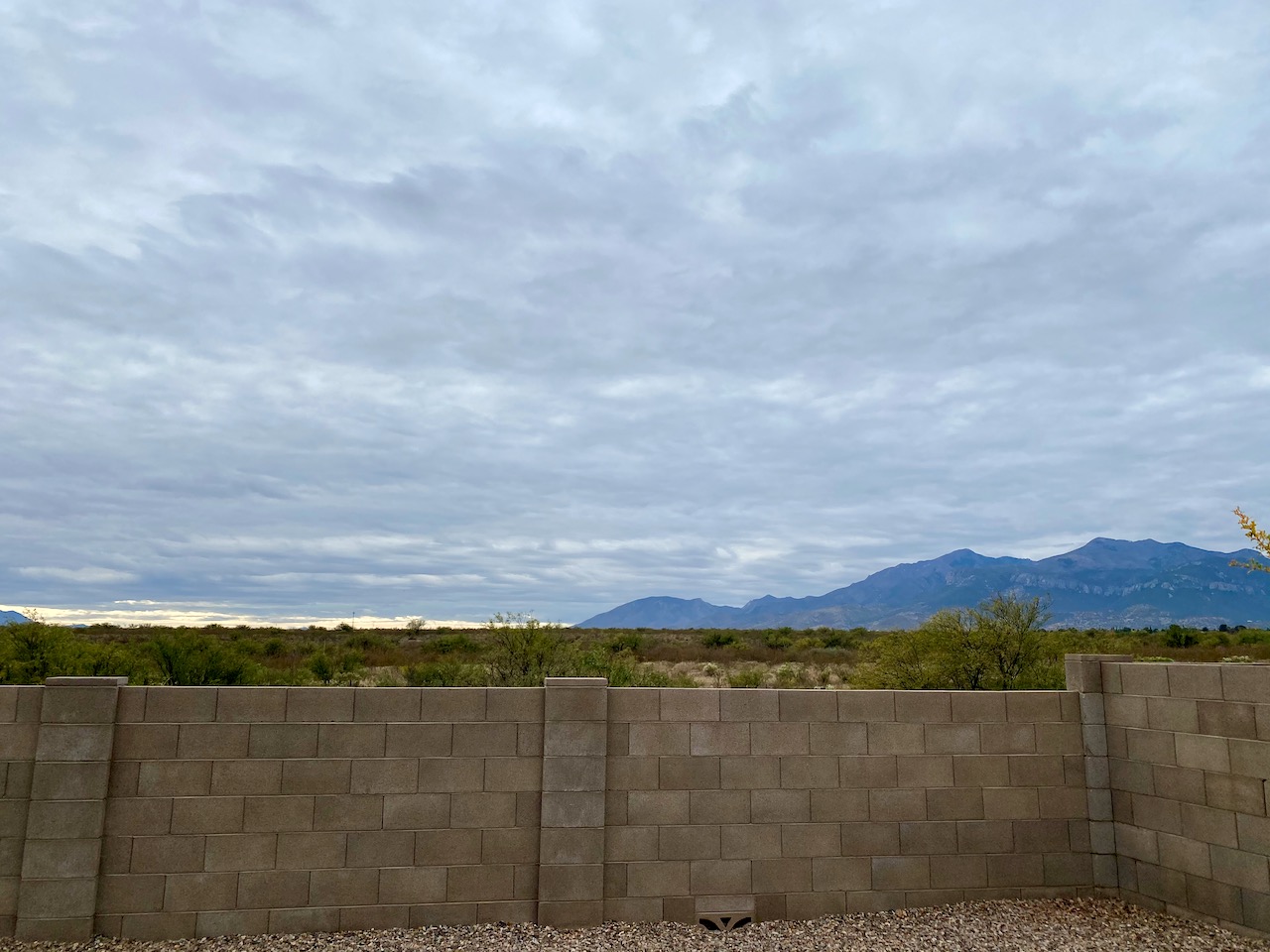 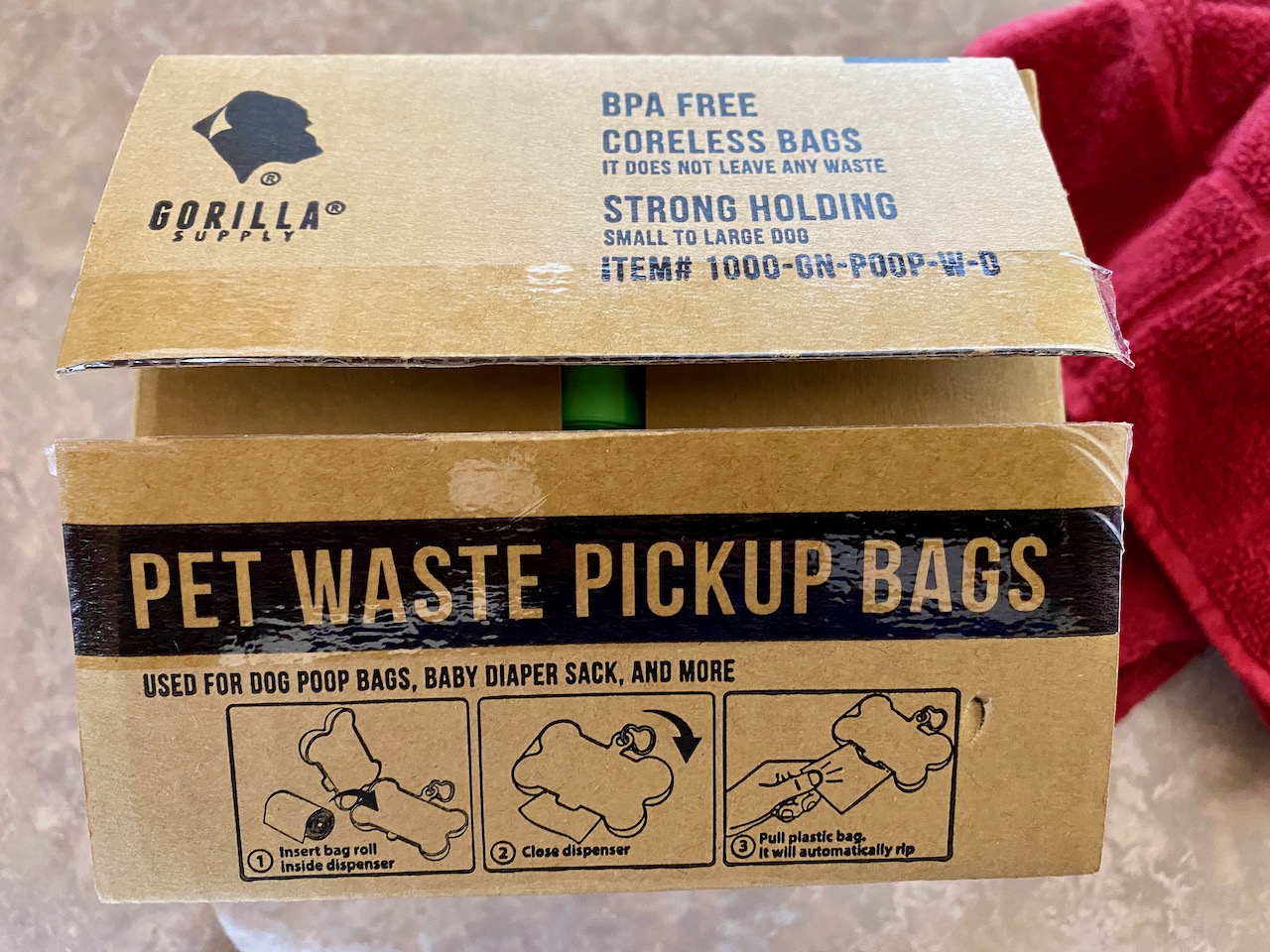 Before I decided to buy this house I asked myself a few questions to make sure I was making the right decision. These were two of them.  (1) If they were to develop the land all the way up to your fence with houses and yards would you still want to live there? -- YES.  (2) Are you willing to use poop bags and pick up after the hounds after ever meal and take them on all hound walks just in case? -- YES. Lets say they have not developed the land behind but I have become very use to you know what.  :) 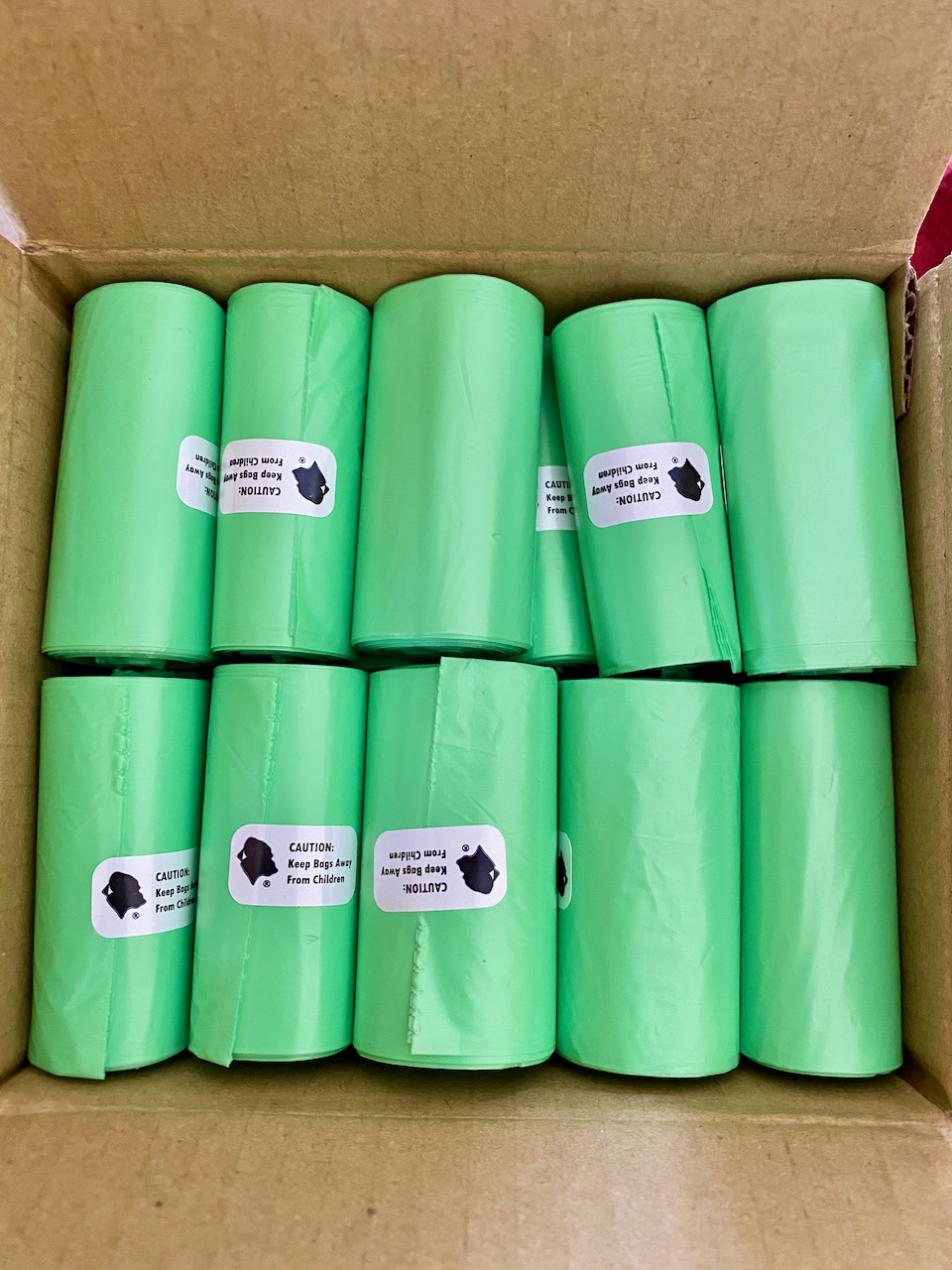 I originally bought some bags at Pet Smart with the small container to put the rolls of bags into and hook it to a belt that I never wear. So the nice container that came with it was never used, with the bag just in my pocket. That supply ran out so I decided to be cost effective and buy the next batch at Walmart which had more bags in the pack and less cost. Once those ran out I came up with another plan.

For a few dollars more I could buy a box of 1,000 !!! bags and have Amazon prime delivery them in two days. They have been sitting in the pantry until the Walmart supply ran out and as you see that happened just a few days ago.

During this transitional period of adjusting from never having to be close to "it" with Stella using the field behind the house at all times (taught to her by Sadie), Heidi's were only as near as the length of the pooper scooper handle ... something I forgot to pack. These work out great though and I have passed the boundary of being bothered by what I am picking up with my hand wrapped inside the bag for protection. I now notice I get a little pissed on our walks where I see that other dog owners are not as dedicated for a clean pathway.

My hip keeps getting stronger by the day just like the doctor told me it would during our last appointment on October 22nd. That one exercise he told me to do hurt at first but now makes my hip even stronger as well as making my balance better when using the right leg as a pivot point or pushing off point. I see him again on November 20th. By that time I will have ridden my bike over 200 miles since the last appointment.

With it cooler and windy I will not get outside on the bike but that doesn't mean I can't grab a camera and go hike somewhere new today. The high will be 63° and that is good enough to get outside. I just know no matter how good I feel I can't do a bike ride and then a hike later in the day ... it's either one or the other. It is hard not to follow that plan.

Sorry for the confusion Monday night with the blog post not showing up. Habits are hard to break sometimes but 'old dogs can learn new tricks' just as the new pooper picker upper.  LOL

The skies are changing fast this morning in the 'Wild West'.
at November 12, 2019