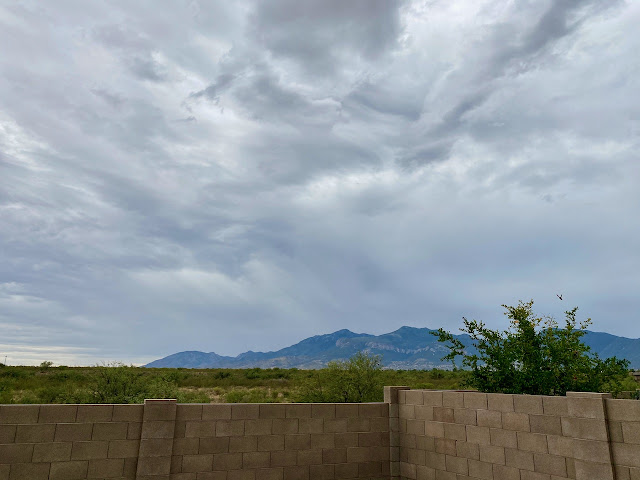 Today proved not only are the monsoons here but the tv forecast last night was correct ... it was going to rain today and it was going to rain hard, still might as I write this. She said we are a little over 2" below what we normally have this time of year but rain is in the forecast for the next 7 days. Between these first two photos, one was taken yesterday afternoon and one this afternoon before I sat down to write this. Those winds and rain have lowered the temps to the 70's so the ac was turned off and the windows were open all day while I read a book. 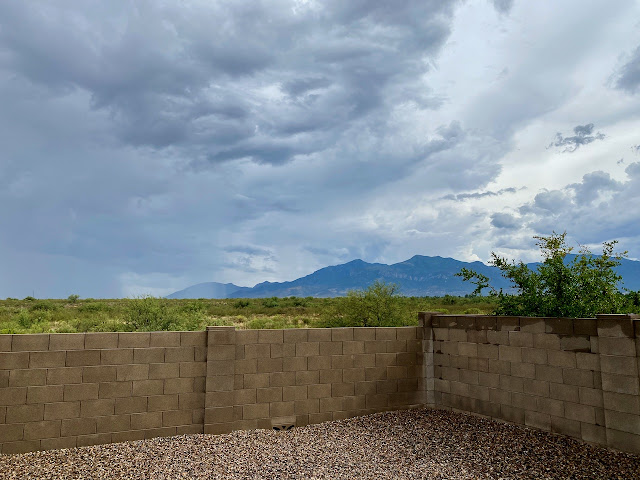 Walter shows no signs of being afraid of thunder or the hard rain. Stella still gets a little restless if the thunder is really loud but overall she has really improved with the storm anxiety she came with five years ago. Nothing bothers Heidi and she will sleep through most thunderstorms. 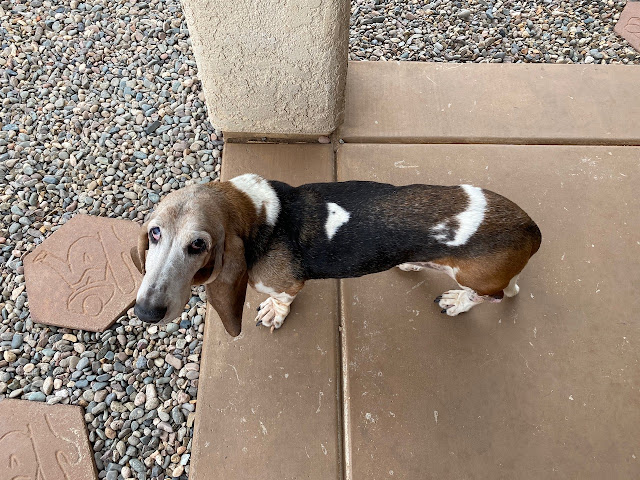 The thunder was rolling yesterday afternoon as we were out on the patio. They didn't know whether to go out into the yard or stay under cover. They ended up picking their own spots on the patio and staying there. The wind was cool and fairly strong. Do you need to wear a mask if you are out and it's raining? I'm not sure if that is a serious question or not ... or a joke. I just received word or a link that my previous home state of Indiana is making it a statewide mandatory to wear a mask.

Not until July 27th ... why not immediately or at least as soon as tomorrow morning. Some people here in Arizona are waiting for our governor to make the same decision but I must admit, it's a pretty fierce issue on that. Many feel you can't make them wear a mask and they are not doing it. If the cases are low in their area if any at all ... do they need to? 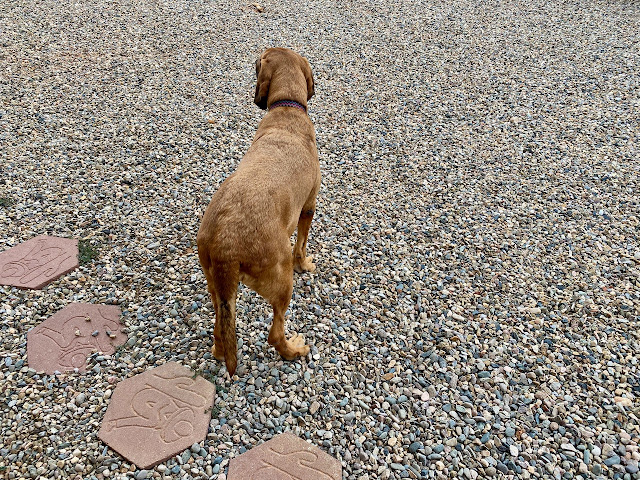 Stella is walking less and less and when we do walk early in the morning she has started to cut through a parking lot instead of walking to the end and around the vet building, making the walk shorter. Is it her hips or is it too hot even when it's early enough that the temperature is in the low 70's. I might have to buy my first harness for Walter if he starts walking with us because he is just too strong for a dog collar. I doubt he can walk the same distance as Stella and I walk. 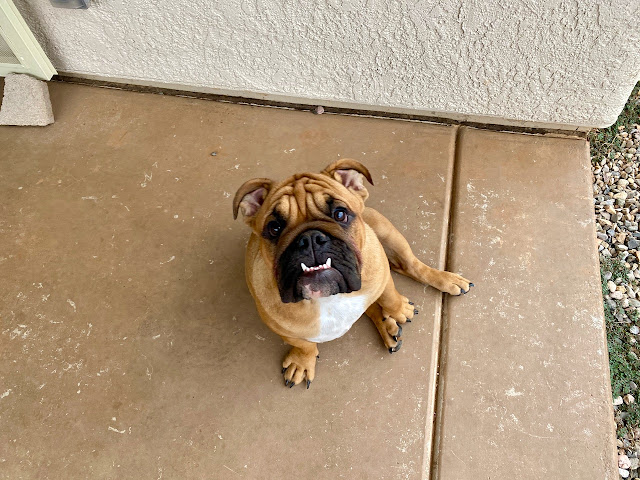 This is him yesterday hearing the loud rolling thunder. 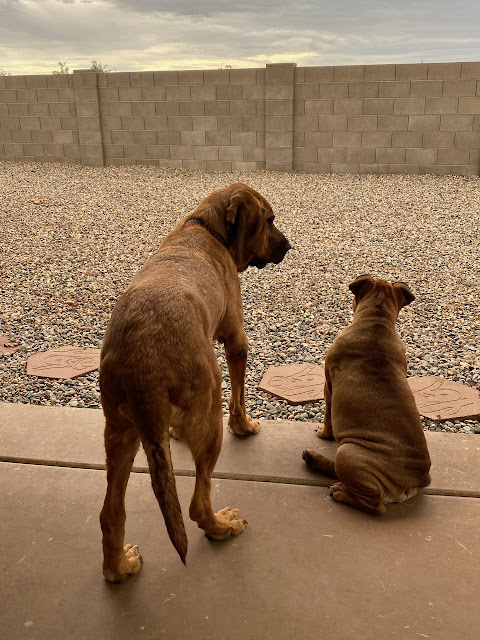 We've been lazy lately. Haven't done much but stay at home, read books, check the internet, a siesta here and there and nothing much more than that. Major League Baseball starts tomorrow so I'll tune into the two games on tv but I am not sure how interested I will be. So far I have not had enough interest to  watch the exhibition games they have shown on tv. It's weird watching games with no people in the stands and fake fan noise. 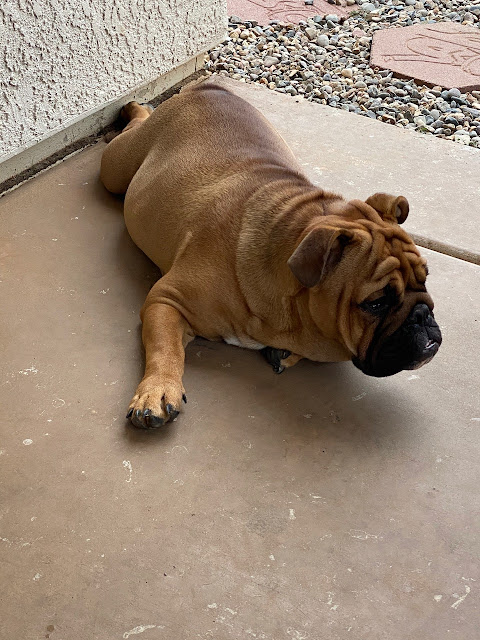 Walter was almost asleep, when he heard something that I did not even hear. 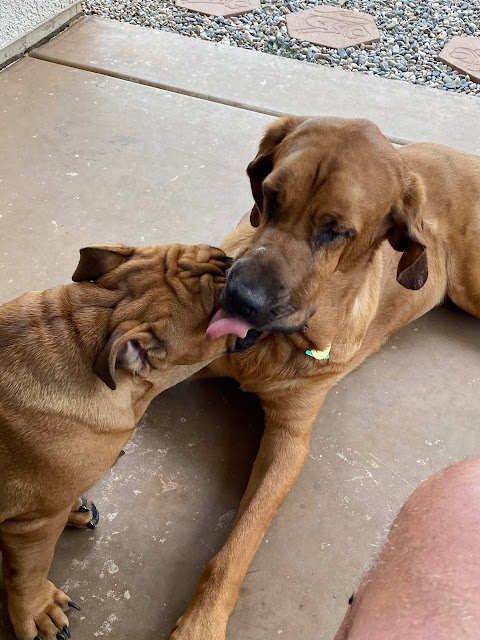 This is normal procedure when one of them finishes drinking water. Both are sloppy drinkers and from Stella's hanging drools or Walters soaked chin, they each have plenty to clean off the other. 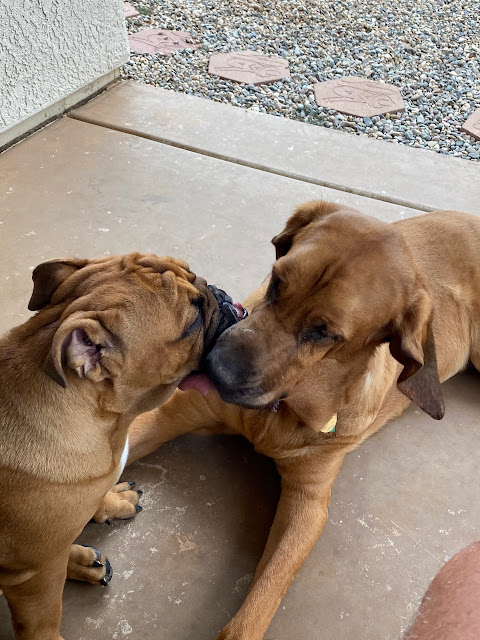 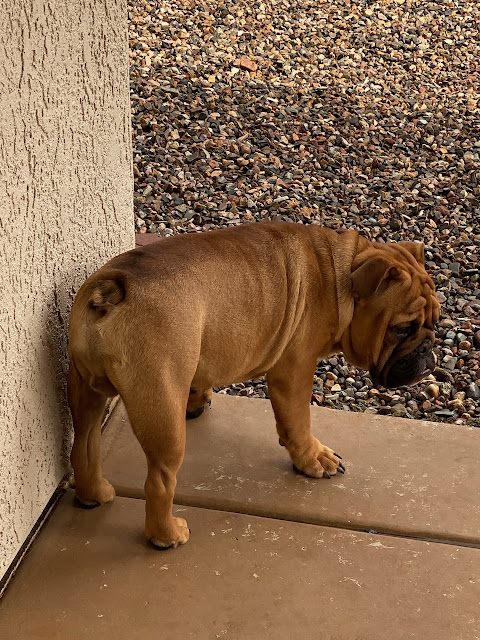 Walter stood there and looked around the corner for his doberman friend next door but he didn't show up today. That is a true look of disappointing I see. 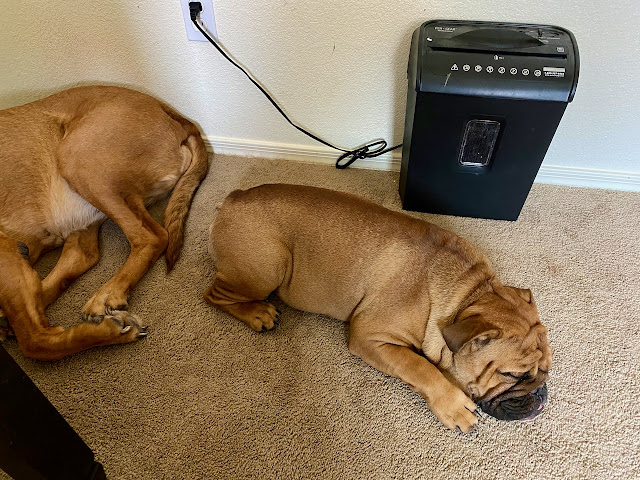 Just like that he walked back into the computer room and went to sleep for his mid-morning nap. 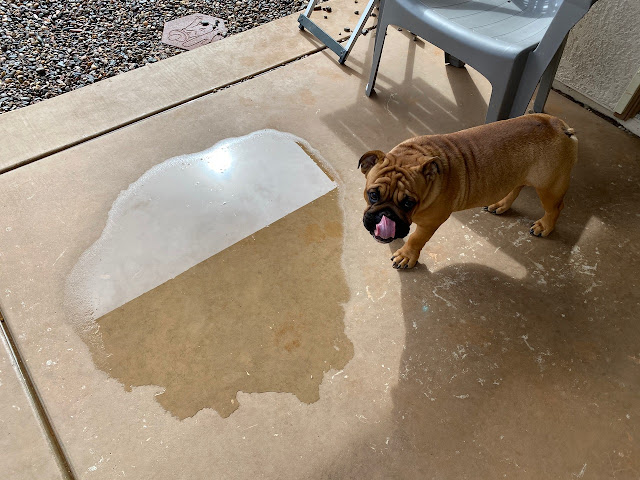 He hasn't figured out this "rain stuff" yet but today he thought it tasted pretty good after his first swig of rain water that settled on the patio. Luckily, unlike Stella, he walked AROUND the puddle and not THROUGH the puddle. 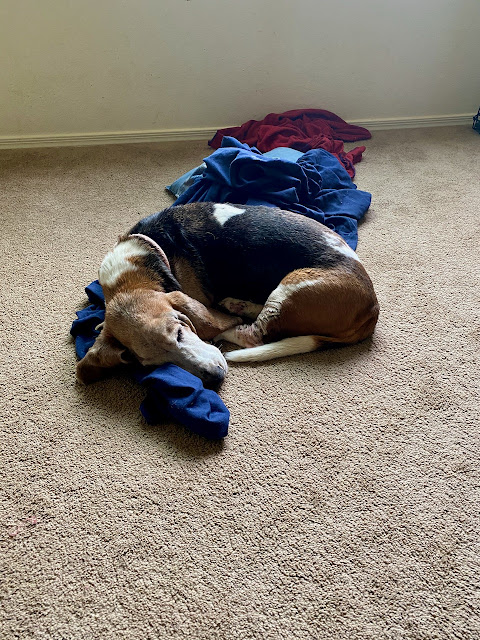 Heidi slept through all the thunder and all the hard rain. A cool breeze through that southern bedroom window is the perfect place to sleep. 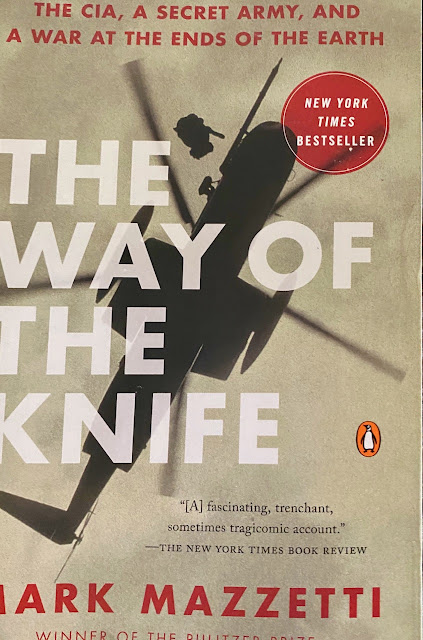 A book a friend recommended caught my interest after it arrived from Amazon ... I couldn't put it down and finished it today around 3:30pm.

Below are some photos I pulled out of the "Favorites" file 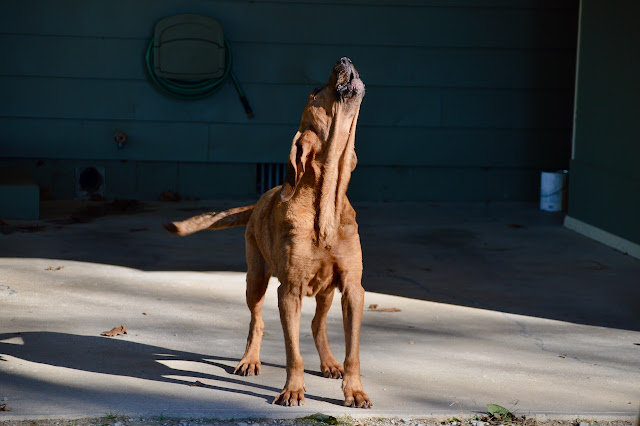 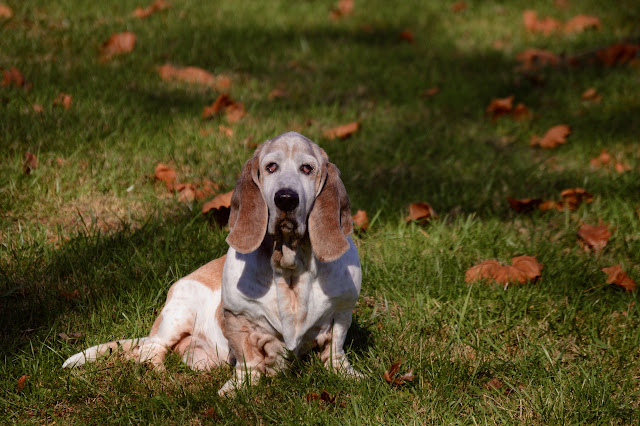 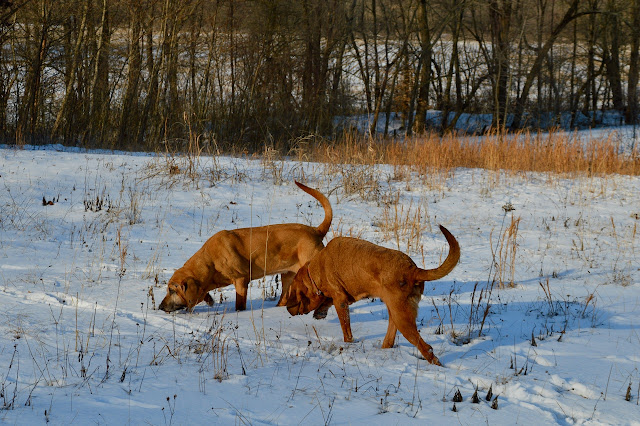 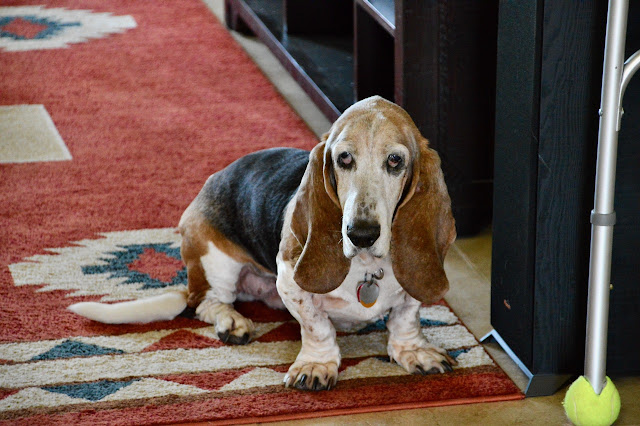 It could be "movie night" tonight, since I have a few ideas which ones to pull off the shelf. It's pretty slow in the "Wild West" lately.
at July 22, 2020