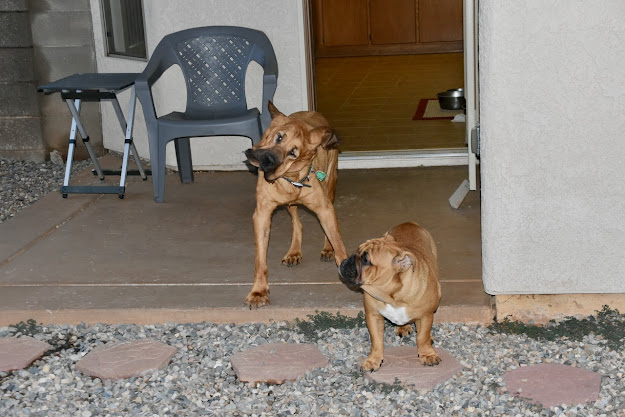 We were up early as usual but it wasn't because of thunder or lightning it was just normal routine. Stella starts whining right before sunrise, at least that is the sound I wake up to. That wakes up Walter who sleeps next to Stella on the floor on the side of the bed. Once Walter wakes up he trots over to Heidi's bed and pushes his flat nose up against hers, so she is now awake. They all know that breakfast kibble will be served within minutes of reaching the kitchen. Once they noticed the sky full of rolling storm clouds they were not sure they would make their trip out to the yard right after breakfast. I've been waiting for rain, those weeds will be easier to pull out of the ground now instead of using chemicals to kill them. 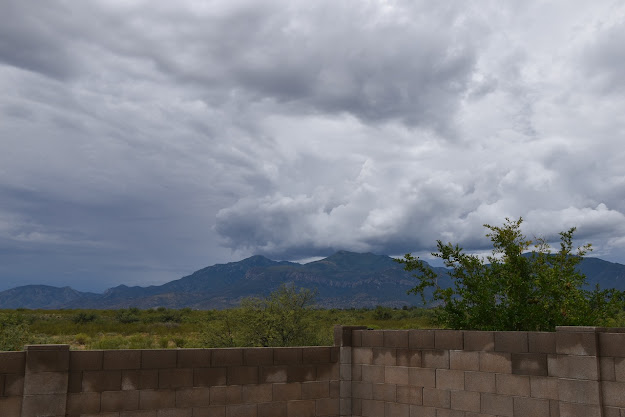 High humidity is not normal around here most of the time but I could feel the thick air. One weather app said it was a 81% and the other 72%. No matter which was correct, it was muggy. I could tell that any outdoor activity wouldn't last long so I had time to do what I have been wanting to do for quite a while. Take stacks of paperwork off my desk, sort and file or shred. Last year before moving I cleaned out my files filling THREE 32gal trashcans and taking them to the recycling center. So my files now are only one plastic container and are also scanned digitally. 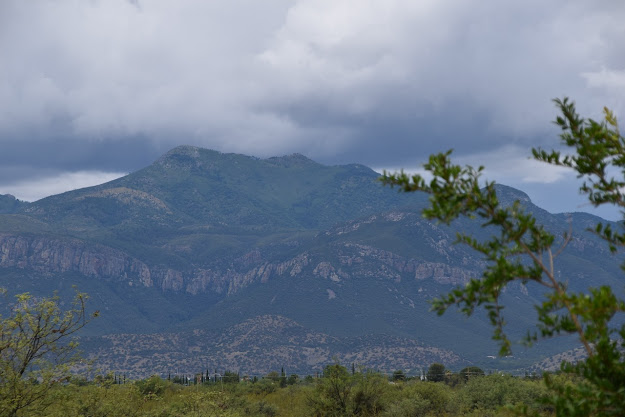 Still I spent all morning on the computer while the hounds slept next to my desk. So the organizing didn't start until a little after 1pm. The rain poured straight down with little wind so I could keep all the windows open as the temperature dropped to 66°. After it stopped the winds picked up from the south and really cooled things off. I think we might make up the deficit we had for annual rainfall at this time of year. 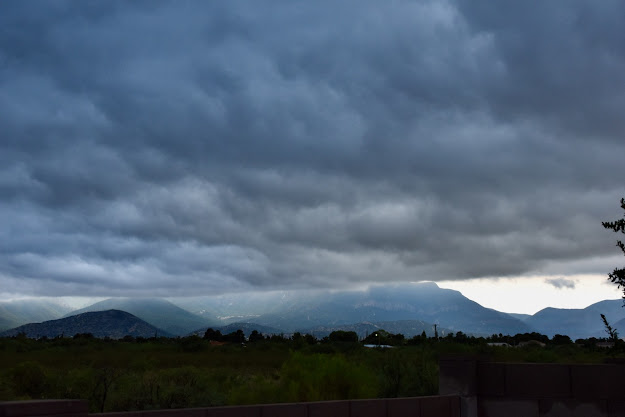 There have always been great sky shows and all three of my DSLR's were sitting on the counter waiting for action. I didn't see a lot of flooding today so the ground is still absorbing all that is catches. 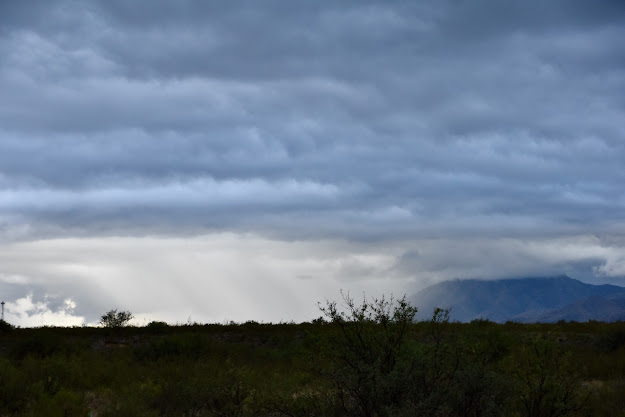 That rain you see is probably between 6-8 miles away. 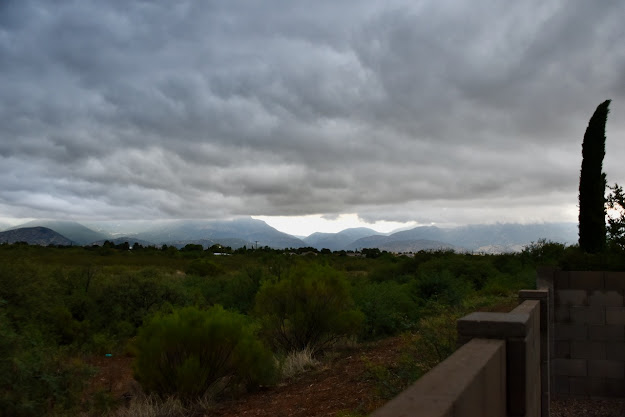 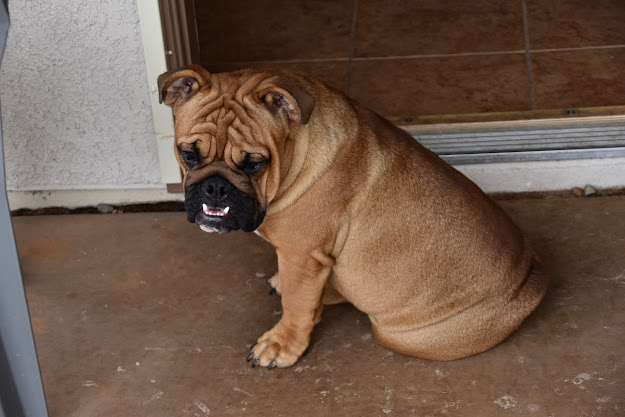 Walter had his first chance at "problem solving" this morning. He is housebroken and goes outside after each meal. This morning the winds were strong and it felt like rain was within minutes away. Could he go out in the yard, do what he needed to do before it starts to rain??? That was his question of the day. No photos to prove it, but he decided he had to go no matter what ... so he trotted out in the yard and made it back inside just as the first drops were hitting the patio. 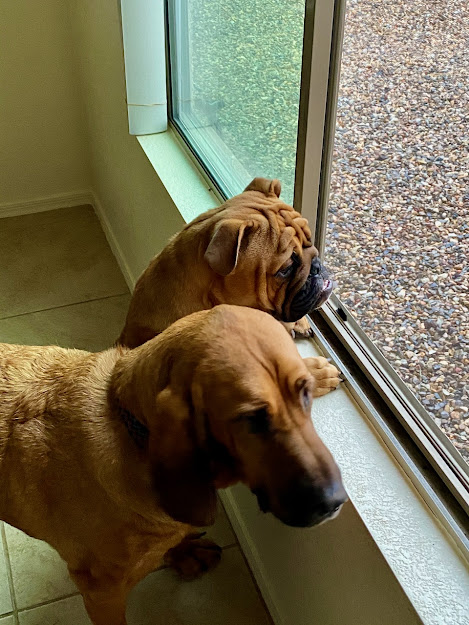 Of course the best view of the rain where you can still stay dry is looking out the living room window. With the window open and a screen that Stella had not tried to climb through, they could get a good accurate smell of the rain hitting the yard of rocks. 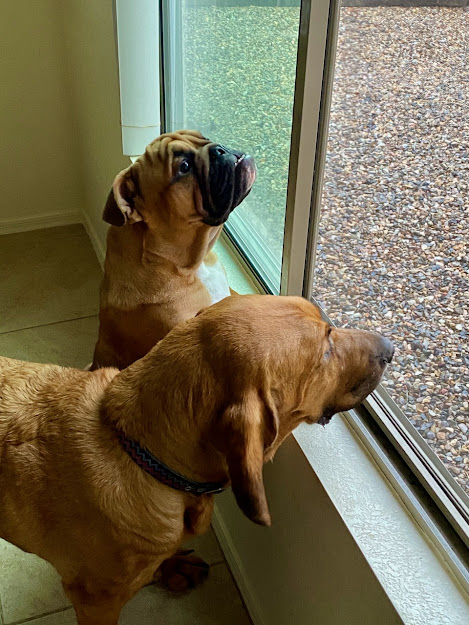 I think the loud clap of thunder startled him a little bit.  LOL 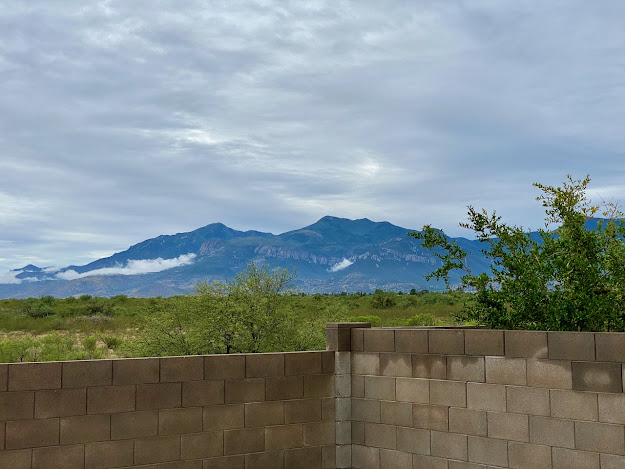 By mid-afternoon the skies were trying to turn blue and clear but was having a pretty rough time of it. 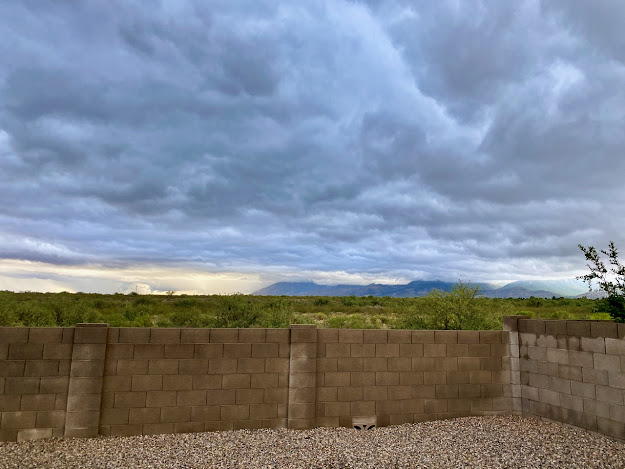 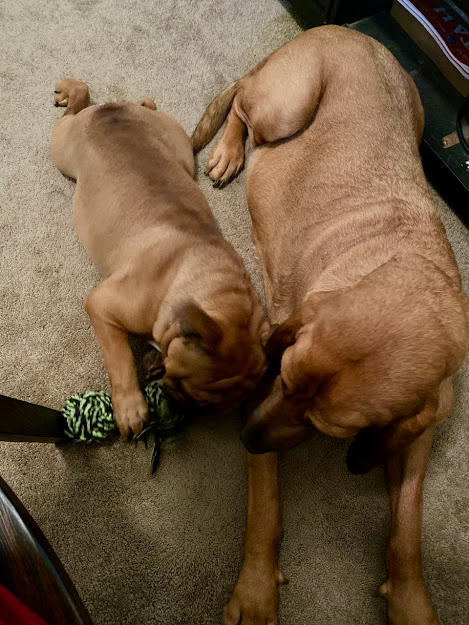 There really are times that Walter is actually chewing one of his toys instead of Stella's ears, jowls or legs. She never cared about chewing toys the past few years until he showed up. Now she wants every toy that he has. 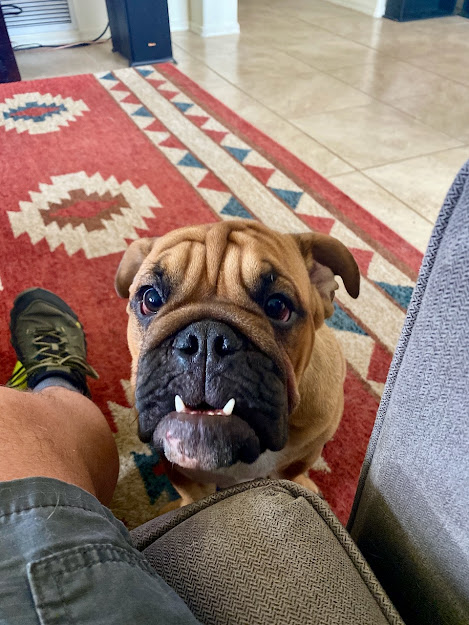 By 4pm when I sat down to check out the first official baseball game of the year on ESPN, Walter let me know he had not been getting enough attention today. He spent about a minute telling me all about it with his growling and half barking. 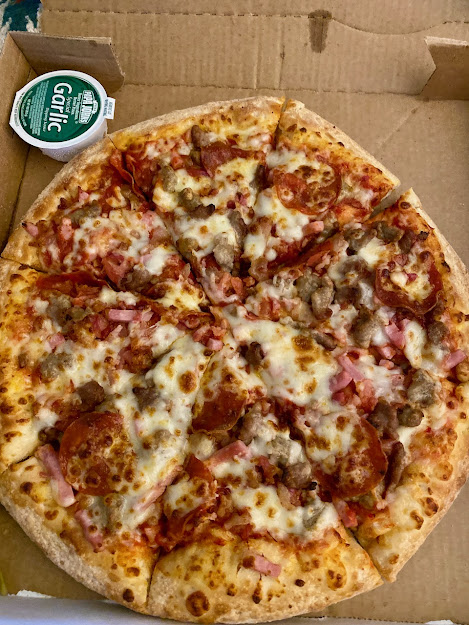 I didn't feel like cooking dinner last night and when that happens most likely I'll call for pizza delivery. At least I have ordered smaller pizzas now than past years. That's a medium from Papa John's. 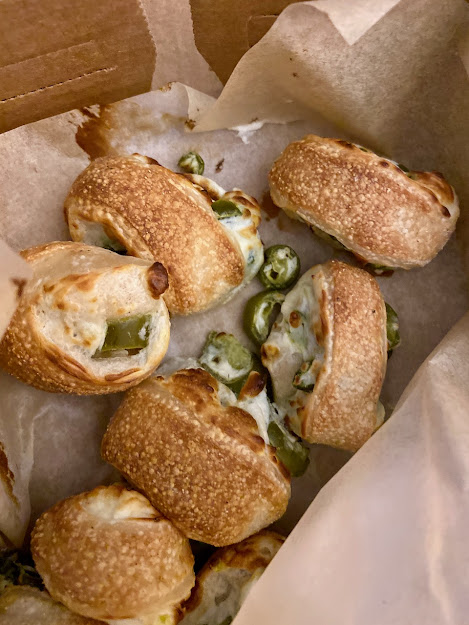 For the first time I tried their Jalapeno Poppers ... very good and well worth the $4 order. That had just the right amount of "hot" ... they didn't drive you to your knees, blind you or make you sweat under your eyes, but they did have a nice 'bite' to them. Highly recommended.
I didn't watch much of the baseball game and ended up flipping through channels ... and of course nothing interests me. I'll post this then head back to the couch to restart reading Going Back To Bisbee. I have added a few more blogs to the list on the sidebar for you to check out. I have been told by a few past readers they won't read until I go back to WordPress ... not going to happen. LOL
It's wet and not wild, here in the "Wild West" tonight.
at July 23, 2020