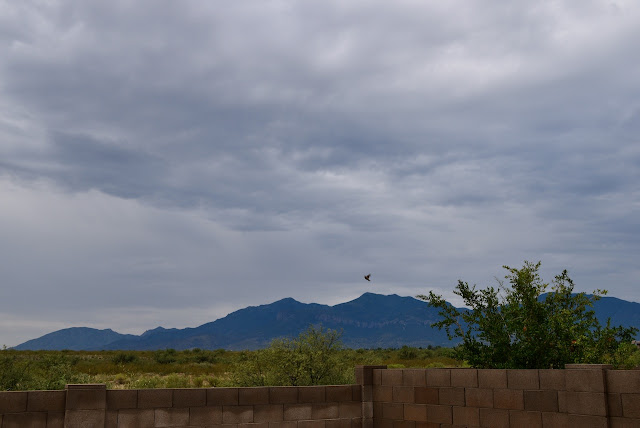 With rain in the forecast Henry still explored the backyard this morning not responding to any thunder or light sprinkles later in the morning. He is quite the explorer with that Basset Hound nose and he seems to have a very good one. We didn't have much planned today except the normal routine with eyes peeled for when he looks like he might pee inside. It's hard to tell since he is so low to the ground. He does go outside on his own when he needs to. 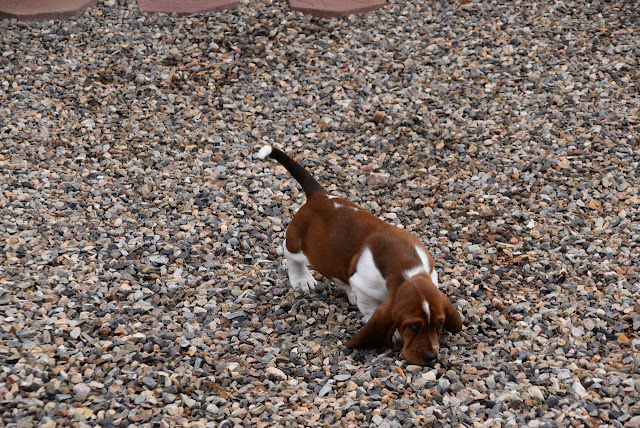 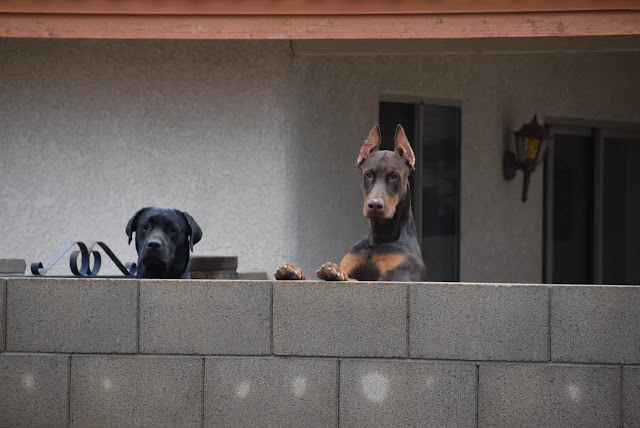 This morning was a little bit different though. I heard that familiar whine of Stella when the doberman is looking over the fence. He has a ledge inside his fence that gives him an extra two feet to get higher and within eyes view. Usually he is barking in the attack mode whenever he sees me or the other dogs outside in the back but not this morning. He must have known there was a small puppy involved, as he didn't make a sound ... just stared. 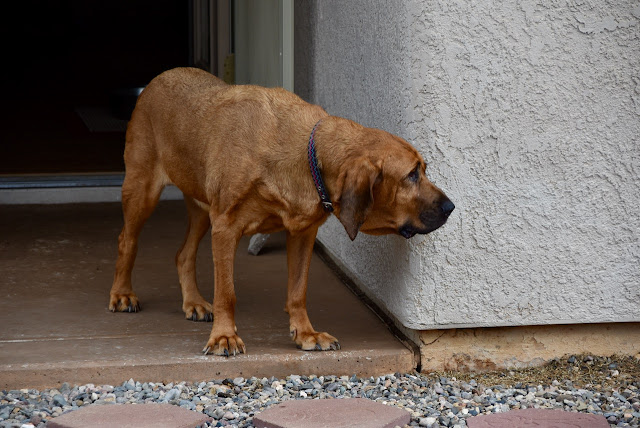 That's Stella keeping a lookout while Henry doesn't notice he is being watched by his next door neighbors. 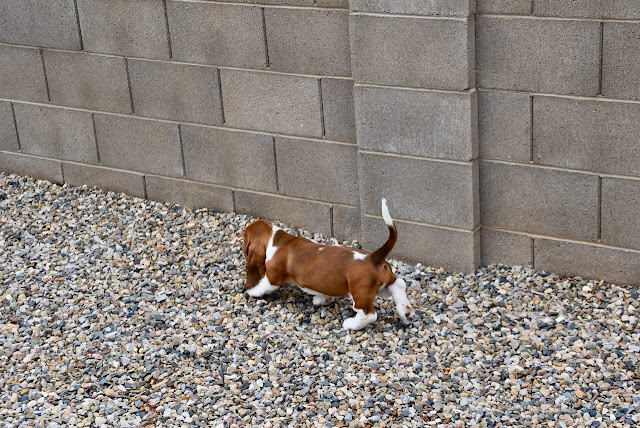 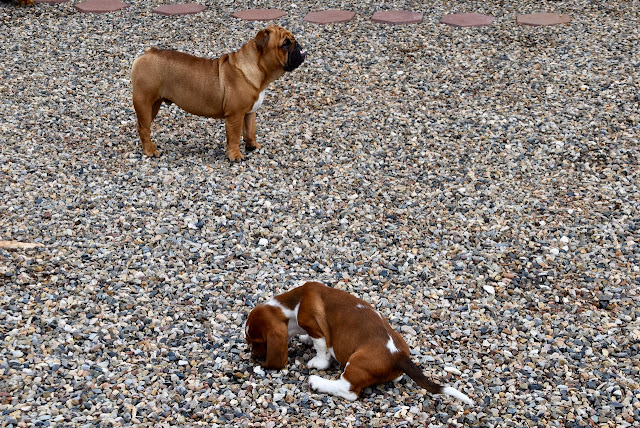 Walter also got into the act of keeping his eyes peeled on the doberman. As you see, Henry was not concerned with much of anything except what his nose brought to him. 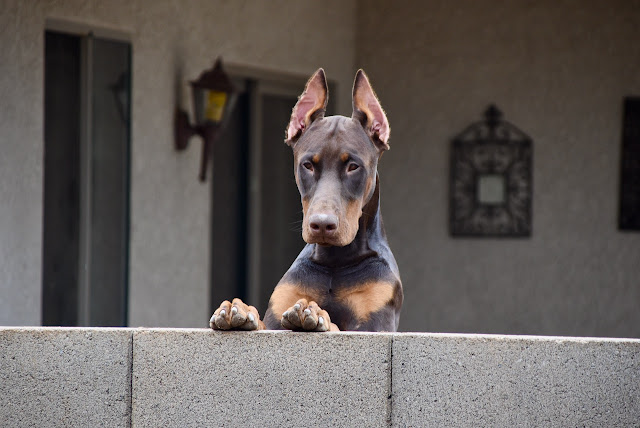 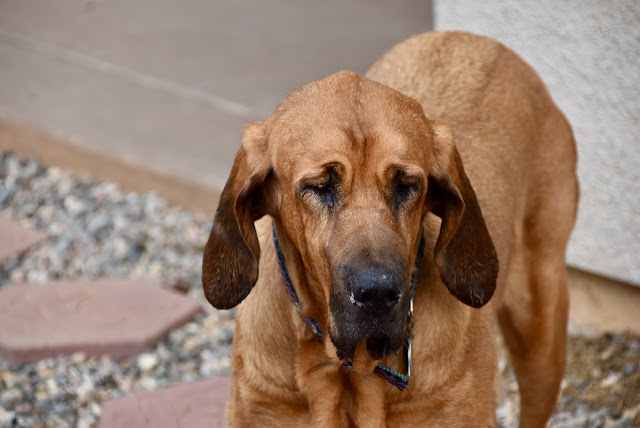 There was no barking back and forth but gives you some idea what we are up against. He is really a nice dog and his bark sounds worse than his bite. Yet if I didn't know the dog and heard him barking at night I would leave as fast as possible. 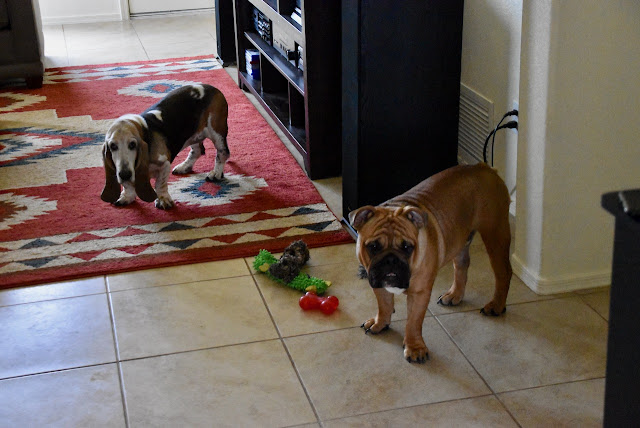 Heidi still isn't that excited about a new pup, although she is letting him get closer longer and even let him clean her jowls today after lunch. She will eventually get to the point she likes him but she has always been that way. Walter on the other hound loves the new pup and keeps a pretty close eye on him. 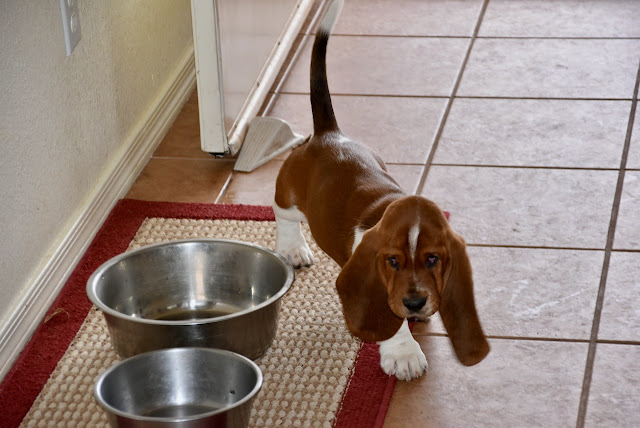 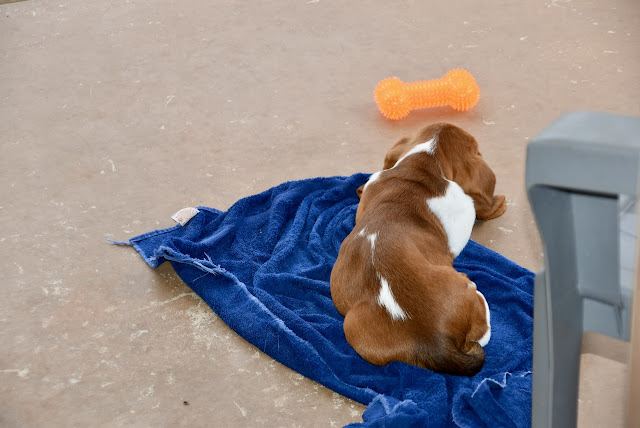 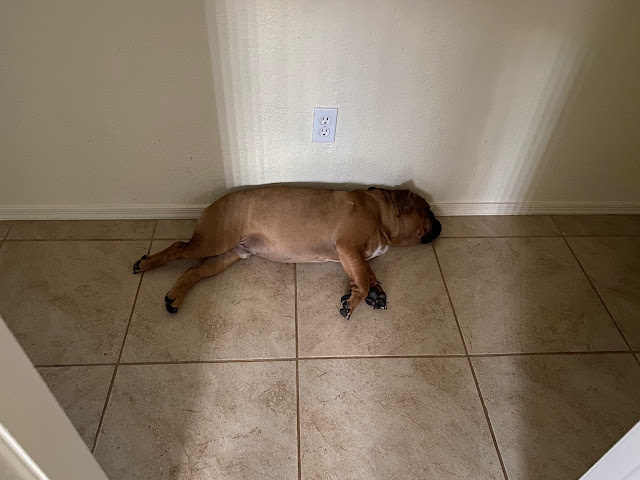 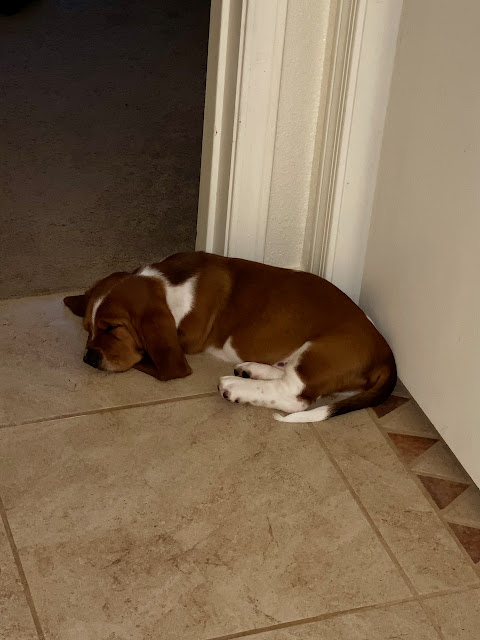 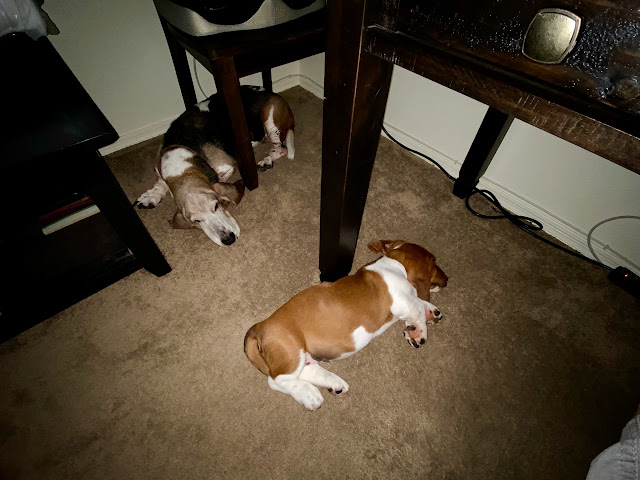 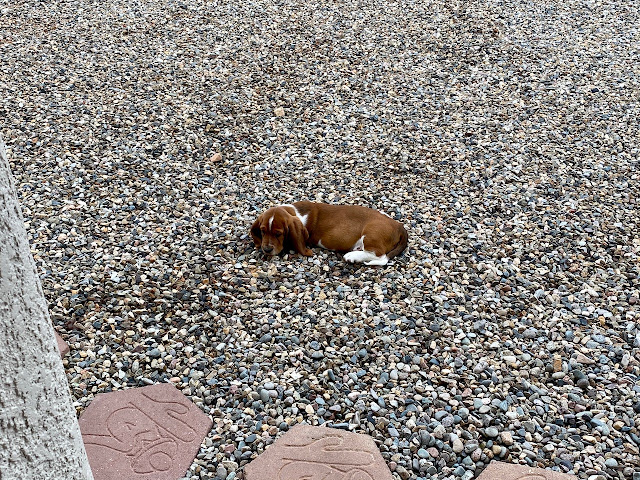 Like all dogs, they go through different periods of time between sleeping and being very active. This continues all day up through the night. Henry spends a lot of time outside in the backyard on his own. I had to look for him a couple of times today and each time he was outside alone taking in all the smells. 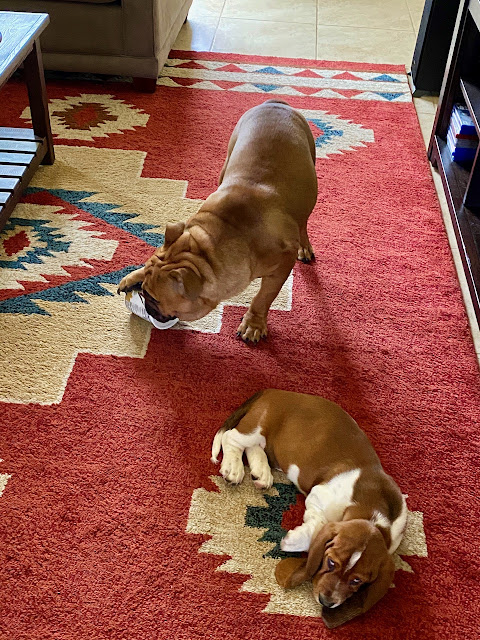 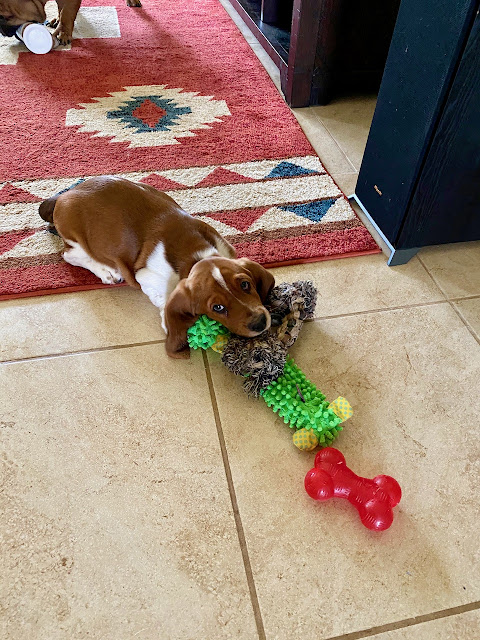 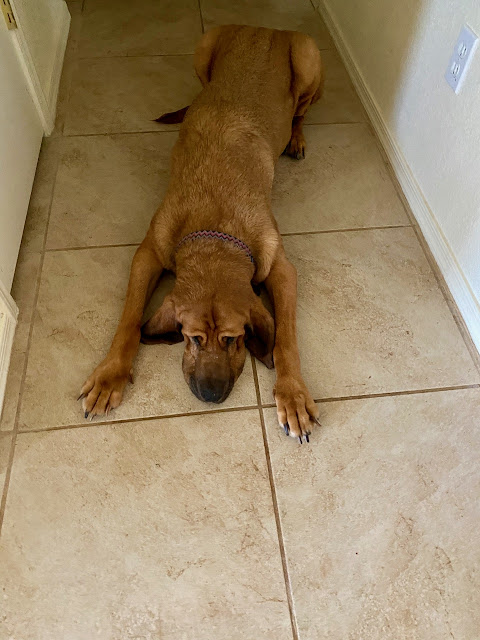 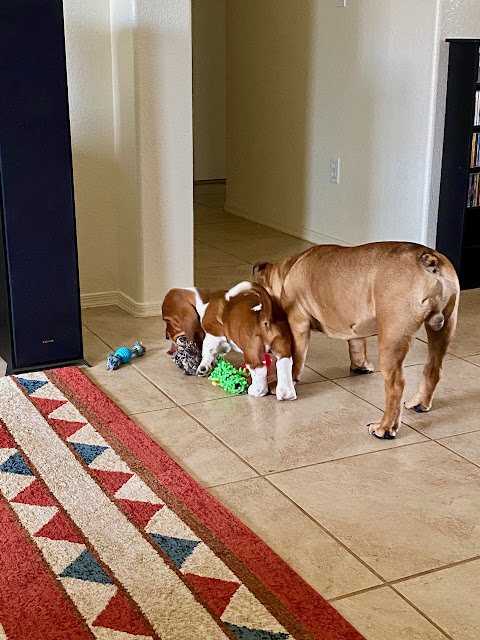 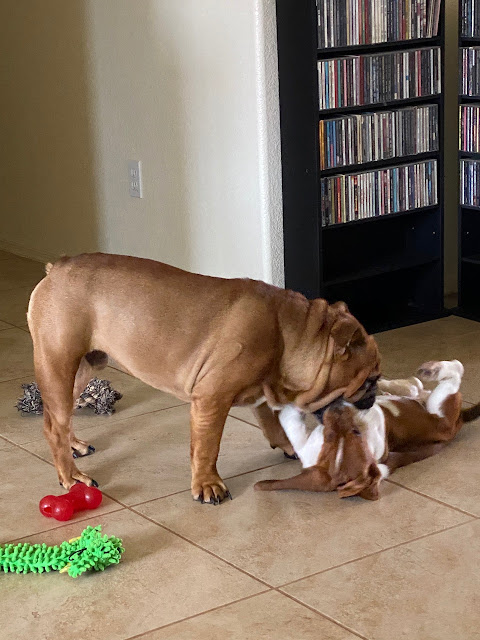 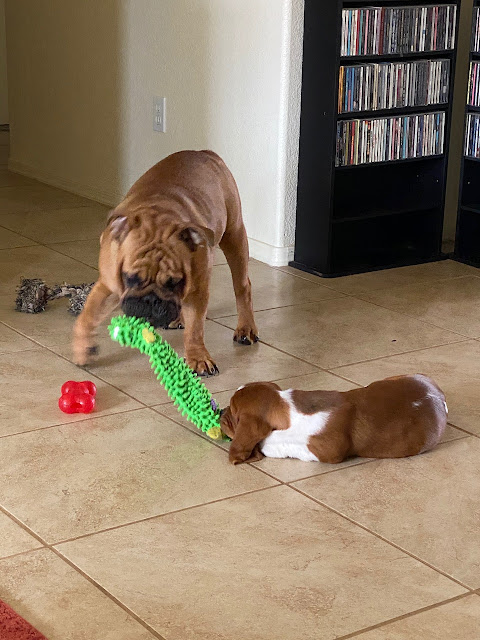 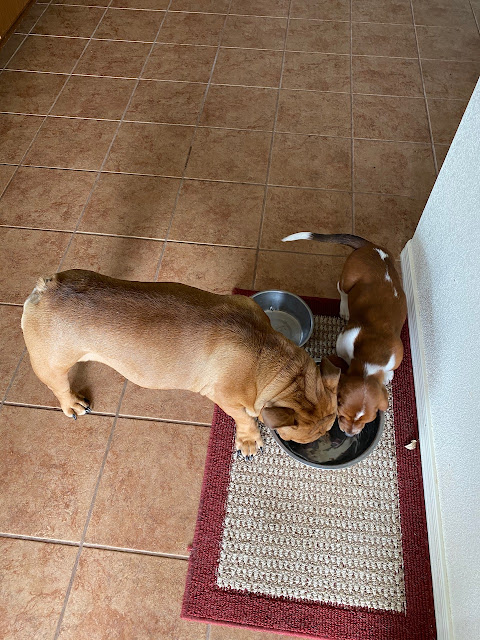 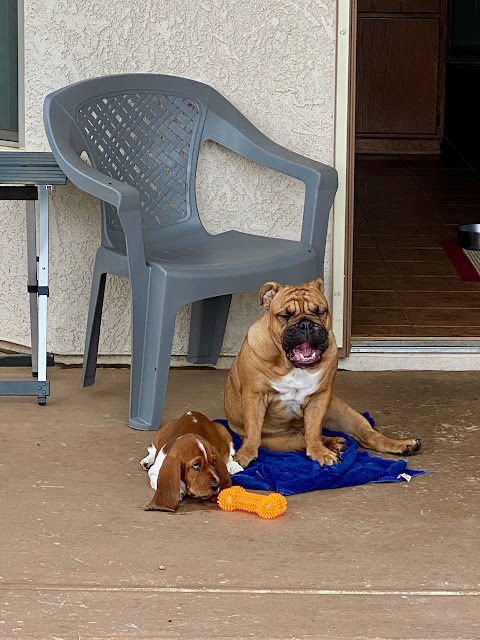 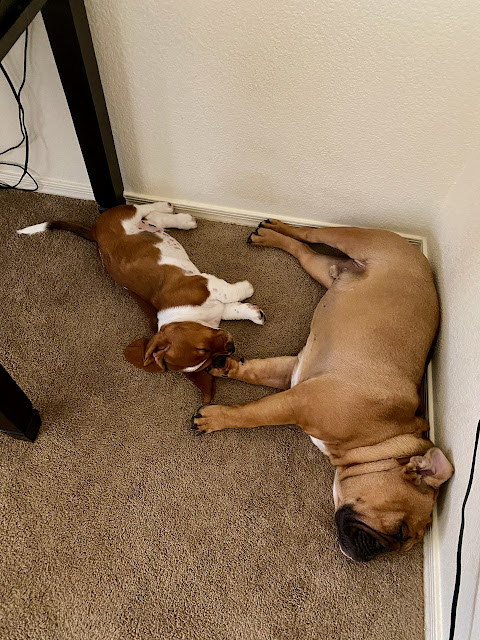 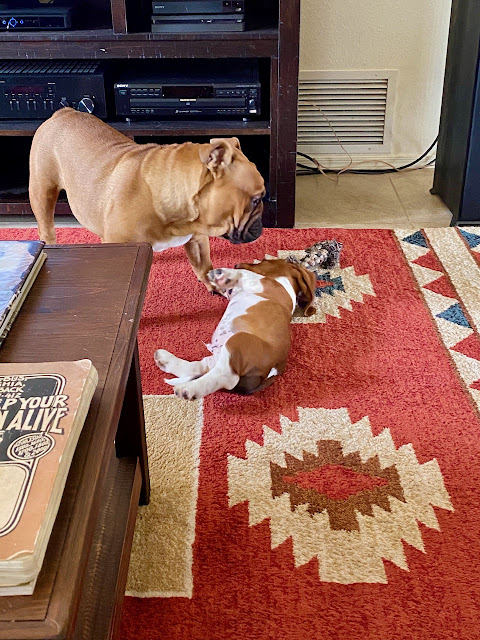 As you can see they all had a pretty rough day. It drizzled most of the day, was high 70s and borderline whether to keep the windows open to feel that humidity or shut them and run the AC at the same temperature. Funny I say "humidity" when it's only 64%, nothing close to what we experiences in "the tropics' of southern Indiana. 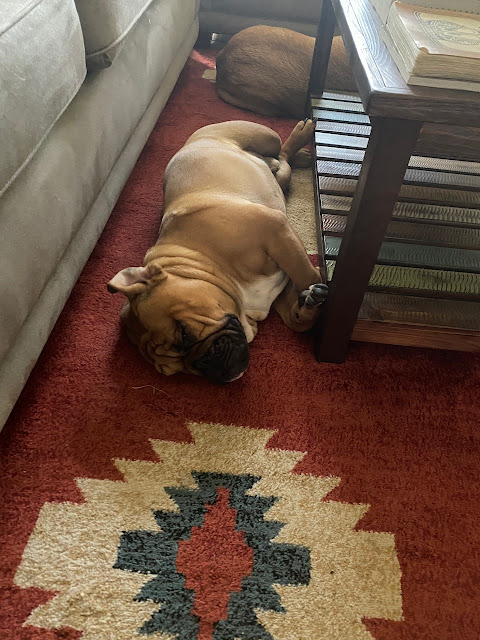 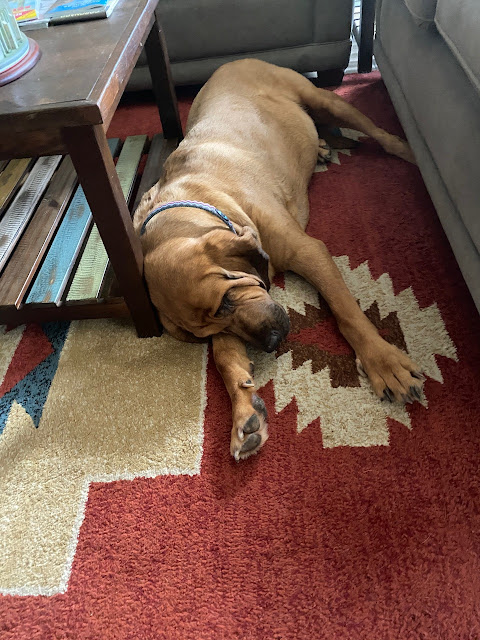 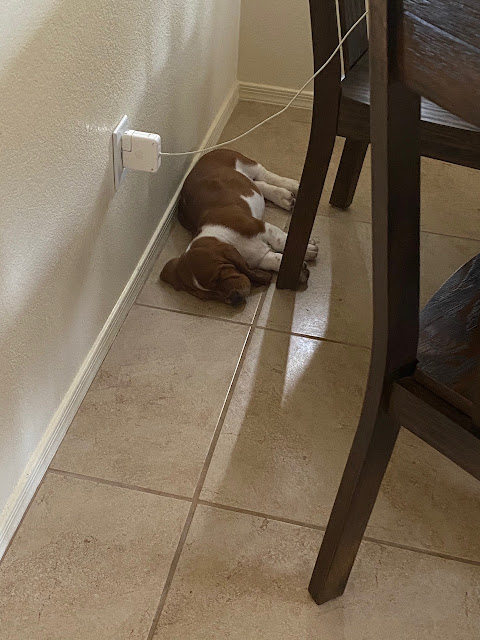 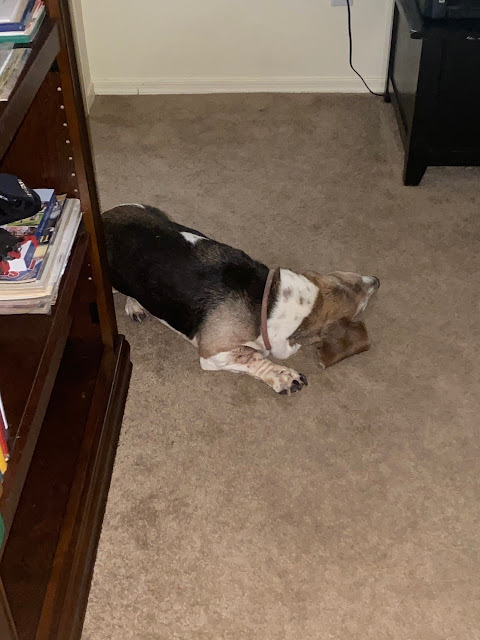