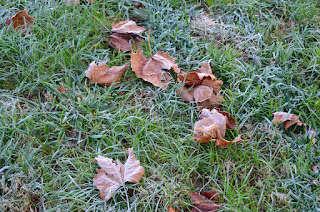 I knew it wouldn't last forever but it lasted longer than I expected ... temps 70° or higher during the day. Sometime in the middle of the night I woke up to very cold temperatures and that is when it hit me that fall was definitely here. I had left some windows open and when I glanced at my iPhone for the outside temperature, it was 30° outside.

Flicking the light on I saw the hounds were packed together to keep warm. Sadie has never wanted a blanket to sleep on in 7 years, she sleeps on the dog bed I bought for Heidi. Stella doesn't seem to like laying on a blanket either but both basset hounds not only love blankets, they like to bury themselves inside blankets. That was the case around 3:30am when the cool air coming through window woke me up.

I fell off the strict diet again around 7:30pm with a quick run to the local Dairy Queen. I am embarrassed to list all of the stuff I bought and ate. I'll just say that as my body was getting use to all of the foreign particles, around 10pm I catch myself nodding out on the couch during 3 really good football games. An overdose of carbohydrates, sleep was so over powering, that I set the DVR to tape the rest of two games and to tape a new game that was coming on at 10:30pm. All of those DQ carbs had me sleeping within seconds after going to bed. I watched all the taped football games this morning while drinking the morning coffee.

Since it was still cold this morning, the basset's didn't get outside but the bloodhounds loved it. Once they were outside on their first trip they didn't do much but sniff the area out, eat some frozen burrs from those dead stalks that you see in the field. I was hoping the local farmer would be back this month to bale the field like he did last fall but so far they have not come back. 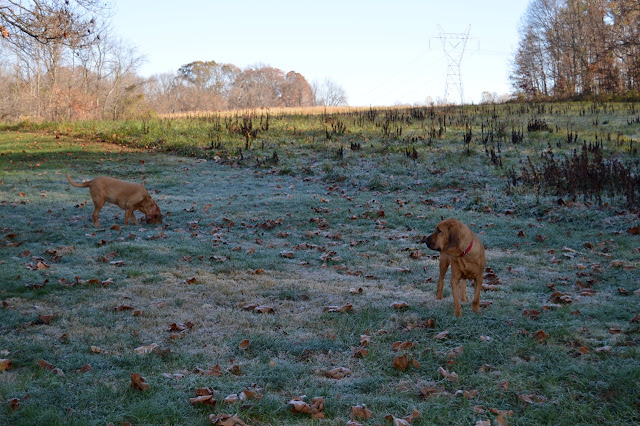 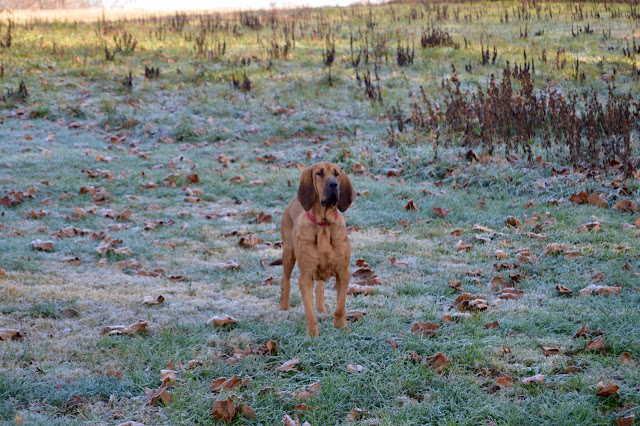 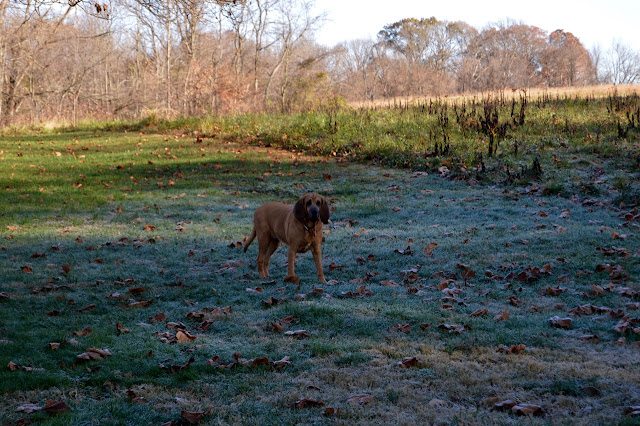 All the hounds were fed early this morning with the new feeding schedule of twice per day. Of course once Heidi heard the food being poured into the stainless steel bowls, she was wide awake from her deep sleep and was at her bowl anxiously waiting for her breakfast. I am not sure they like their portions cut in half, but eating twice per day now does not mean they get twice as much food.

They act as if they don't know that policy.

A couple of hours later Stella's nose is at my elbow while I am at my desk at the computer. She starts to whine. When I mentioned she was begging, she started howling. I glanced at the clock and it was only 10:13am, way too early for their 2nd feeding that now takes place late afternoon.

It was different though today ... she wasn't howling because she was hungry, the bloodhounds wanted to go back outside. When I got up to head for the door they sprinted for that door, then sprinted outside and started playing immediately.

They even got in some sprints chasing each other. They stopped just as fast as they started ... headed back to the door to go inside and fell asleep immediately. 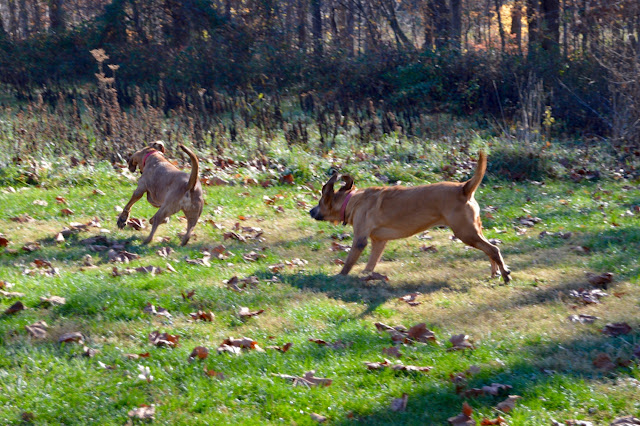 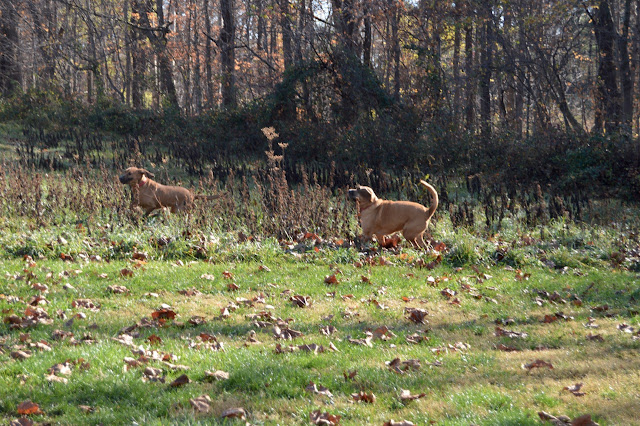 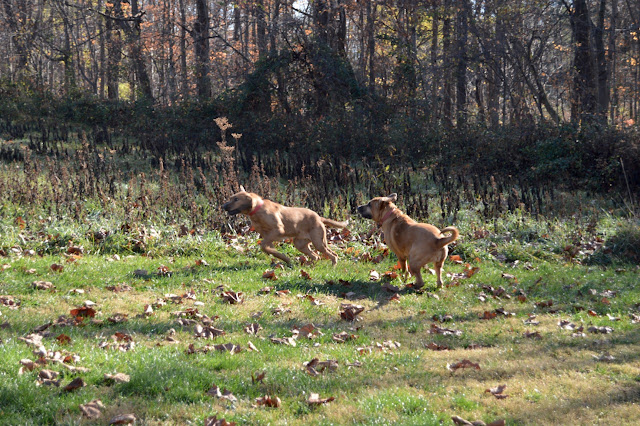 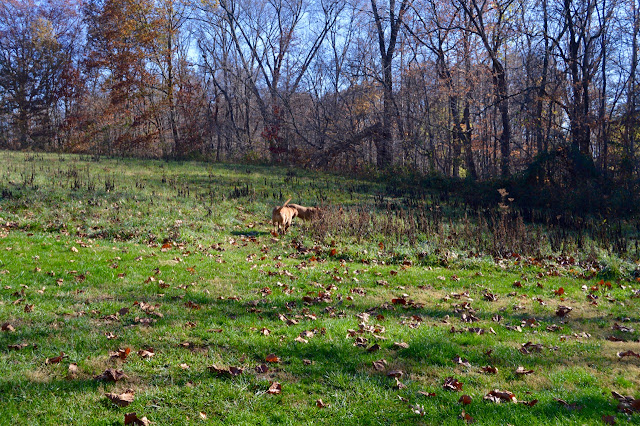 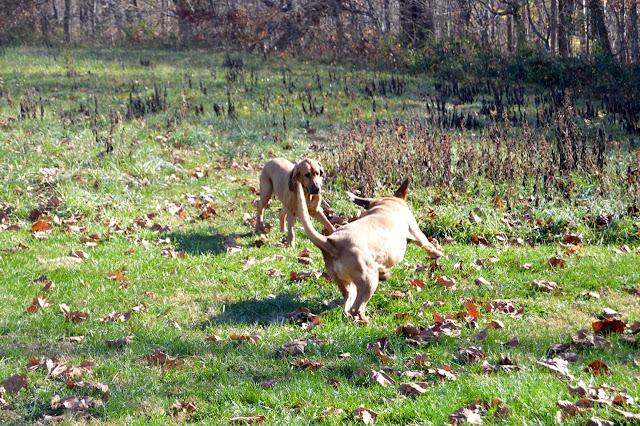 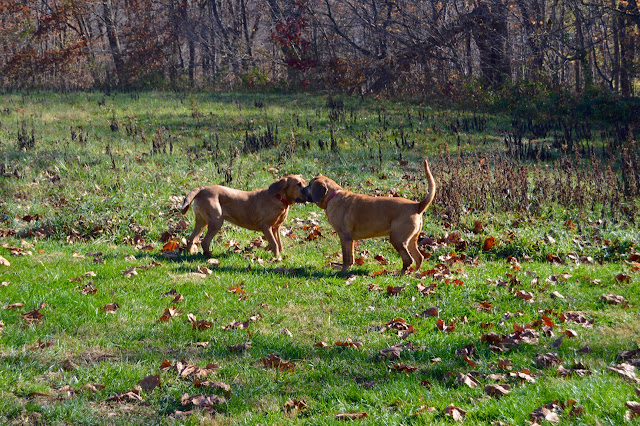 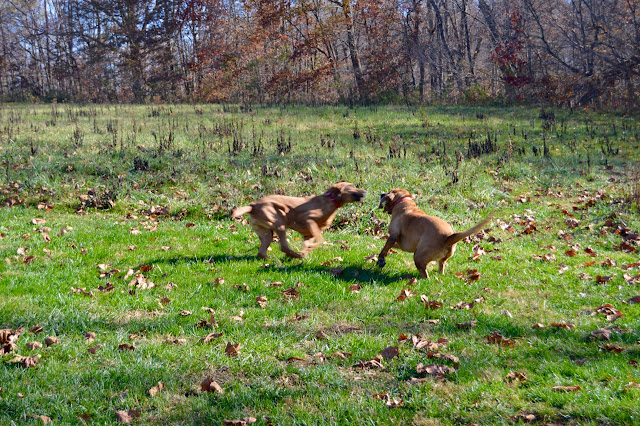 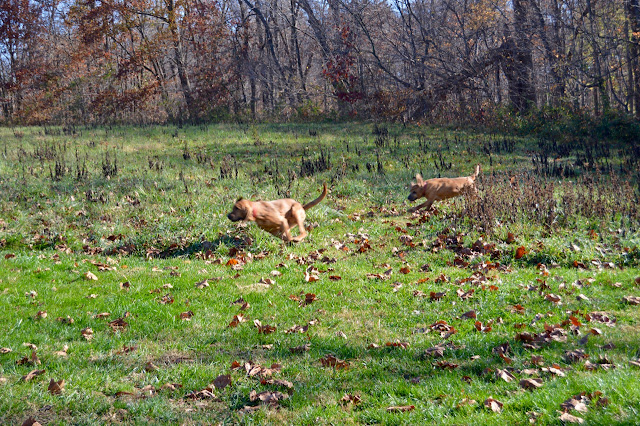 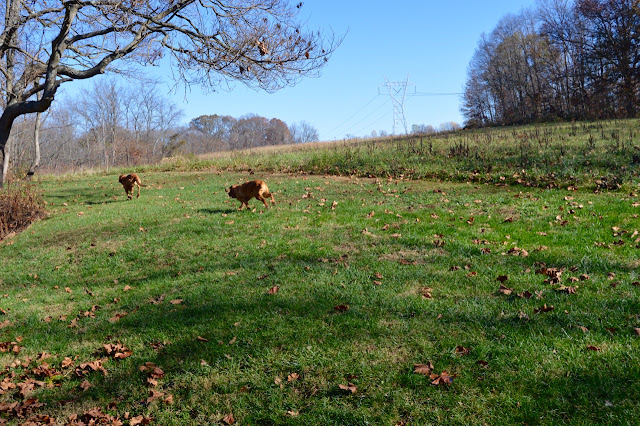 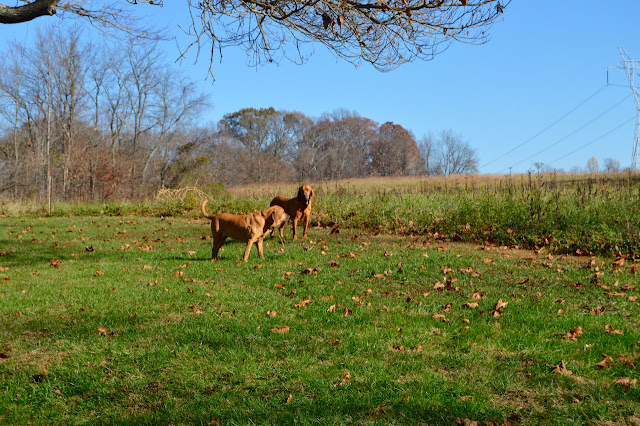 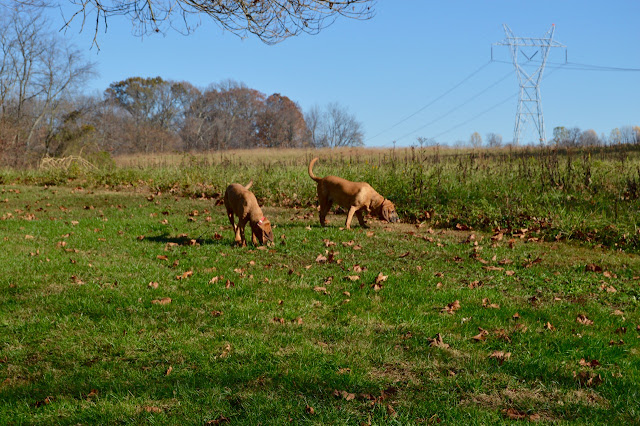 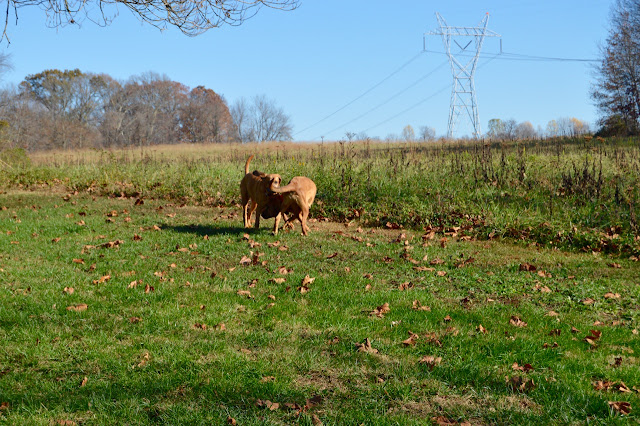 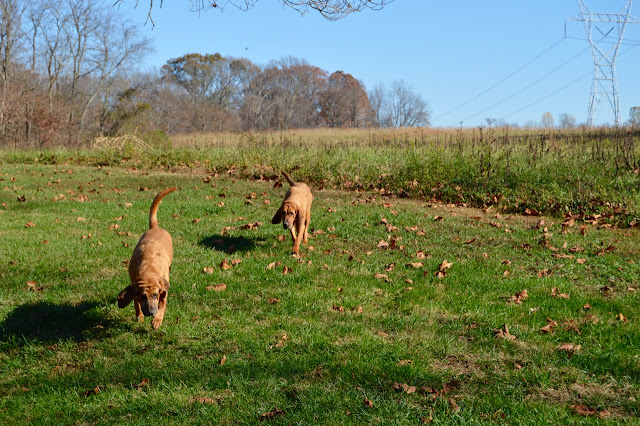