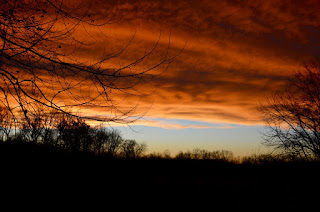 Today is the first day this week where it is actually cold ... freezing cold. Luckily since I live around 200 miles south of Chicago I will not be enjoying their forecasted 8" of snow this weekend. Still ... it's cold here.

The hounds have moved into their non-activity mode (winter) and I have not moved from my computer most of the time. There have been some changes though these past few days where I have not blogged and I will get to that later.

The hounds didn't do anything different than my last short post ... they went outside, dumped their tanks and sniffed the ground. Pretty simple stuff and pretty boring stuff. The other day I had mentioned "there couldn't be that much animal traffic at night" ... well I found my answer Wednesday night a little past midnight. 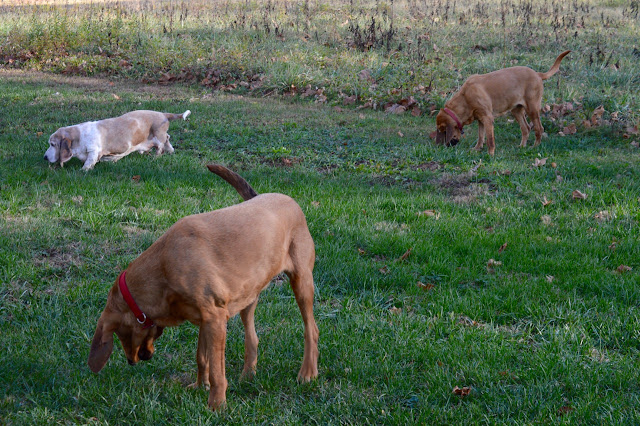 We had gone to bed early and I was tired enough to bypass the "last trip outside" for the hounds before they went to sleep. Since I didn't let them out, a few hours later Stella is waking me up to let me know she has to go outside. Since it was cold, dark and I was still about half asleep, I let her go out on her own like always ... only this time I didn't follow her outside.

I thought she would just comeback to the door like always. After a few minutes I had to go outside to see where she was because she had not come back to the door wanting inside. By the time I changed clothes, added a jacket and turned the light out outside ....

That animal at night answered my question ... a cat that I had never seen before is walking from the backyard across the edge of my carport with a mouse hanging out of it's mouth. By the time I was outside the cat had scrambled over the bank that runs along the driveway.

Stella was no where to be found.

Shining my small camping flashlight into the field, pitch black darkness, I see her eyes as she lifts her head up. That was a good thing, much better than seeing her running after that cat down the hill and onto the highway. I had to walk out to where she was before she would come back with me. I didn't take the time to see what had kept her interested in staying outside.

So I now am pretty sure what the hounds are sniffing so much in the yard, first thing in the morning ... the field cat. I was actually happy to see it because it keeps the mice traffic down as the temps get colder. A common problem living in a rural area. 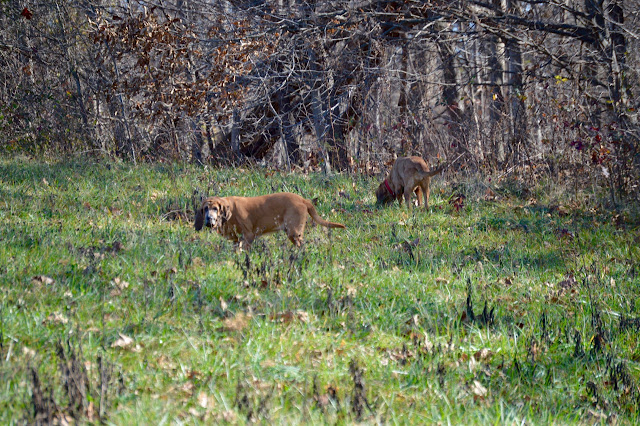 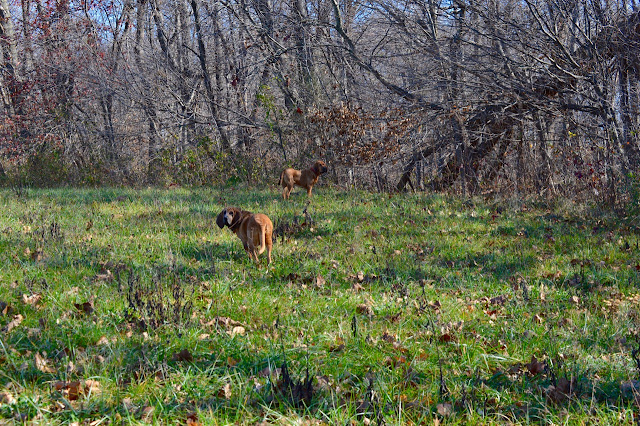 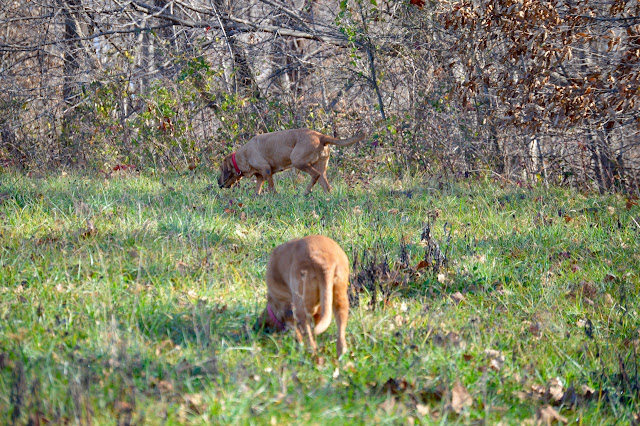 As you can see today, there was heavy frost to go with the 28° temperature. Without the heat turned on last night I woke up to the house being 56° inside. I didn't know it would be getting that cold last night after it was such a nice day on Thursday. So it was quite a surprise to wake up to. 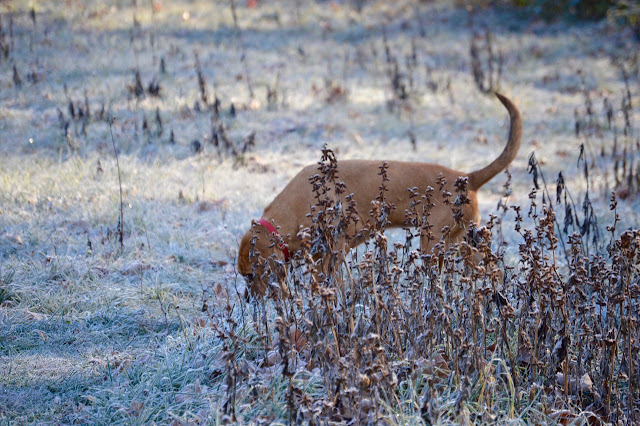 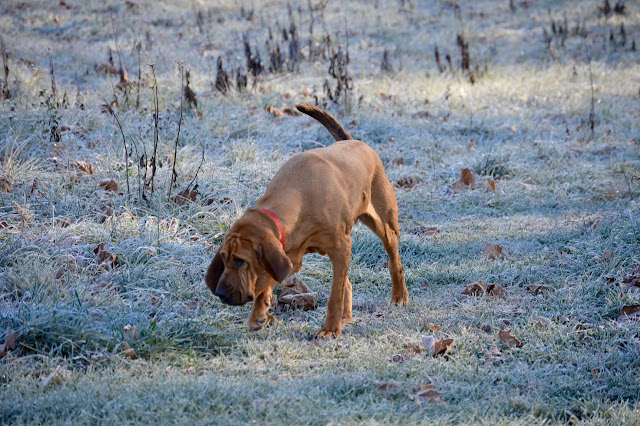 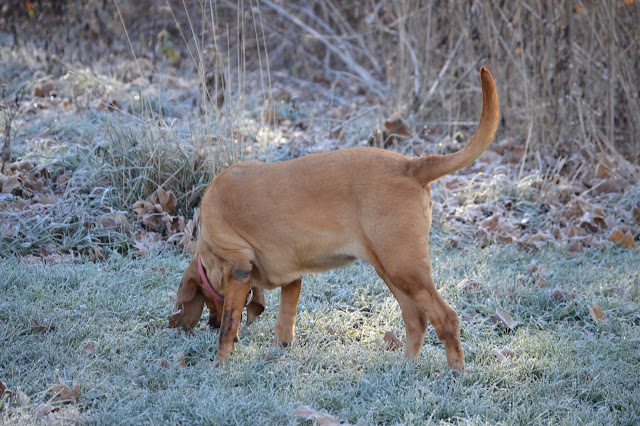 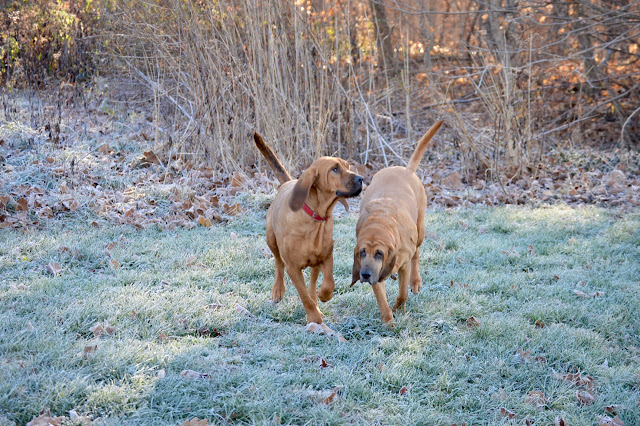 Heidi has basically only gone outside just long enough to do what she has to do and then sprints back to the house. No photos of her these past few days. I have found though the dog food change for her has not been good. Duck and Sweet Potato was a vet recommendation but this food also has grain. Her skin issues have had a relapse, so we will be going back to Earthborn Grain Free dog food.

The other 3 hounds explore a lot, but not much else.

Sometime before noon I took these photos of some air traffic. Both are passenger planes, one heading west and the other north. What I found interesting was in a matter of one minute the crossing pattern had moved east in the sky. As I looked through the zoom lens at the top a the tree I could see the pattern where they had crossed was moving east at a rapid rate of speed. 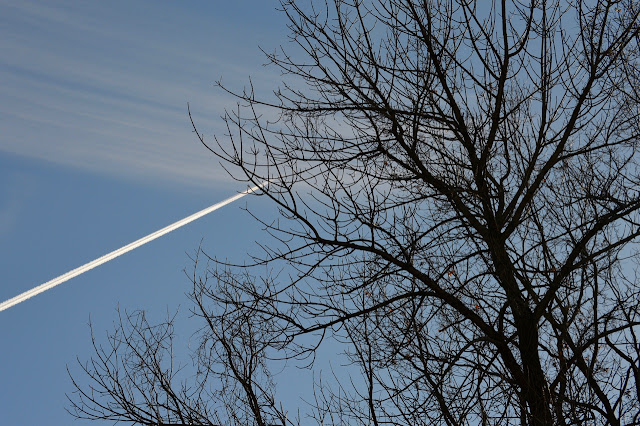 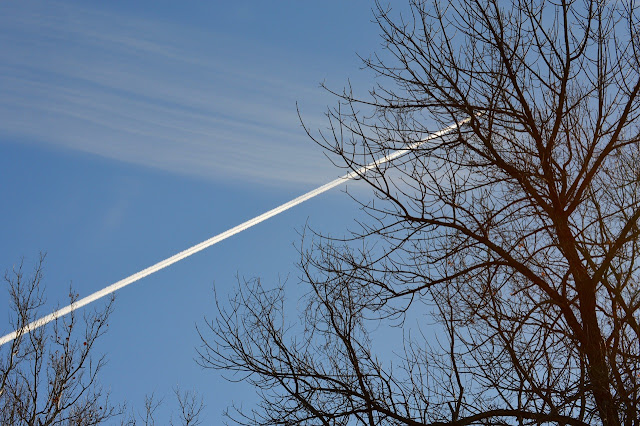 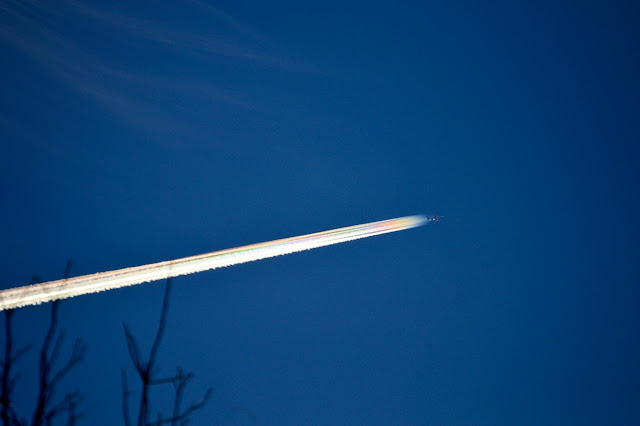 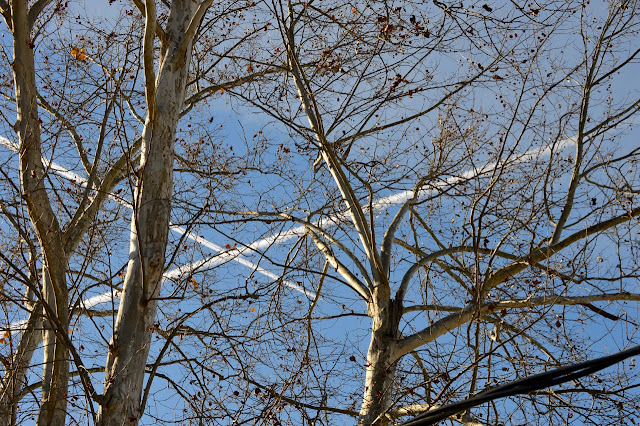 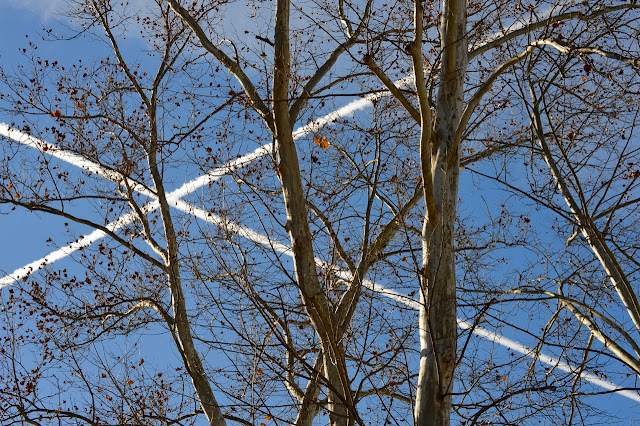 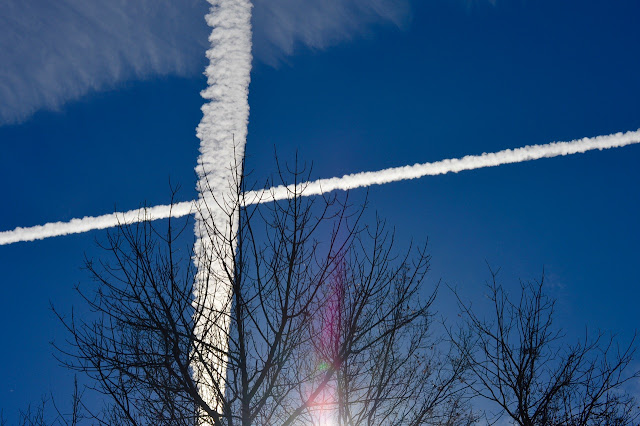 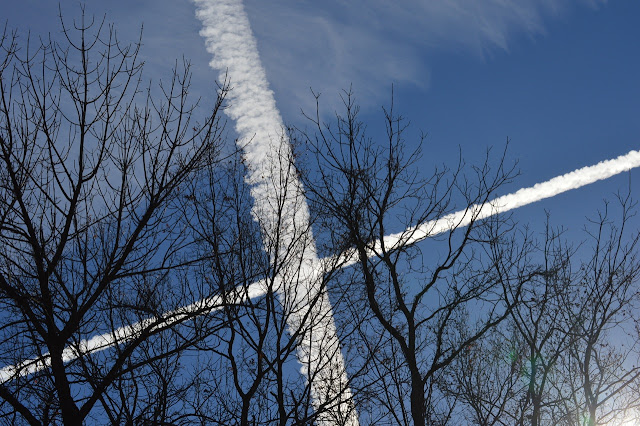 That seems to be the highlight of the day so far. Winston goes out so often during the time we are awake .. like every time he wakes from a nap ... where today I have seriously considered counting the number of times he has to go outside in a 24 hour period. He's older now so I can understand it. 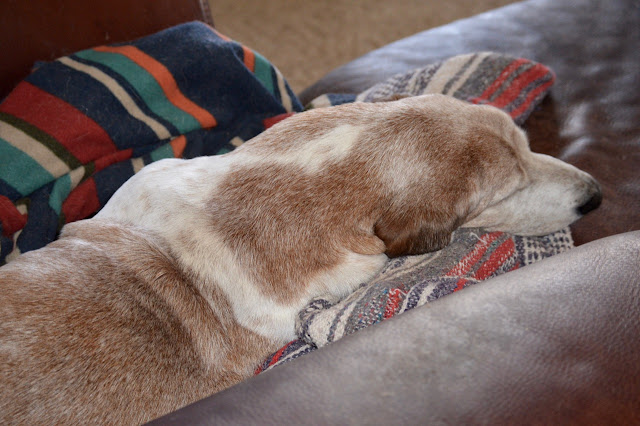 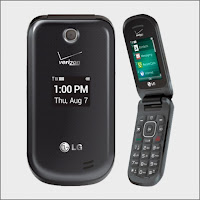 I guess the big news is I am going to try to pry myself away from a smart phone and go back to a basic phone only to make calls. I had thought about it a few months ago and then I decided I was just like everyone else in the USA that are addicted to their smart phones. I have been using iPhones since they first came out.

The issue I had, although they are a great tool, I rarely receive or make phone calls, never watched movies or played games on the iPhone and would take occasional photos. I text with it more than anything. For $67 per month I didn't think it was worth it. Plus I wanted to get away from the constant connection to the internet.

So I am in Day 2 of the LG Revere 3, a basic flip phone where I have programed it for just making phone calls. I have 700 minutes per month where I have averaged 300-400 minutes per month in the past year and unlimited texting but no data plan. All for $25 per month plus the government fees that are too high. My monthly Verizon bill will now decrease from $67 to $32 per month or a savings of $420 for the year.

To me that's worth it. So far I have not missed my iPhone which is turned off and put away out of sight. If I decided the basic phone is good enough, I'll sell my iPhone 5S to a buy back program from a couple of different companies or possibly on eBay.

Nothing is on the agenda except trying to keep warm and reading books, with an occasional ballgame on tv to watch. Not much to blog about really.