Cabin Fever Returns ... For All Of Us 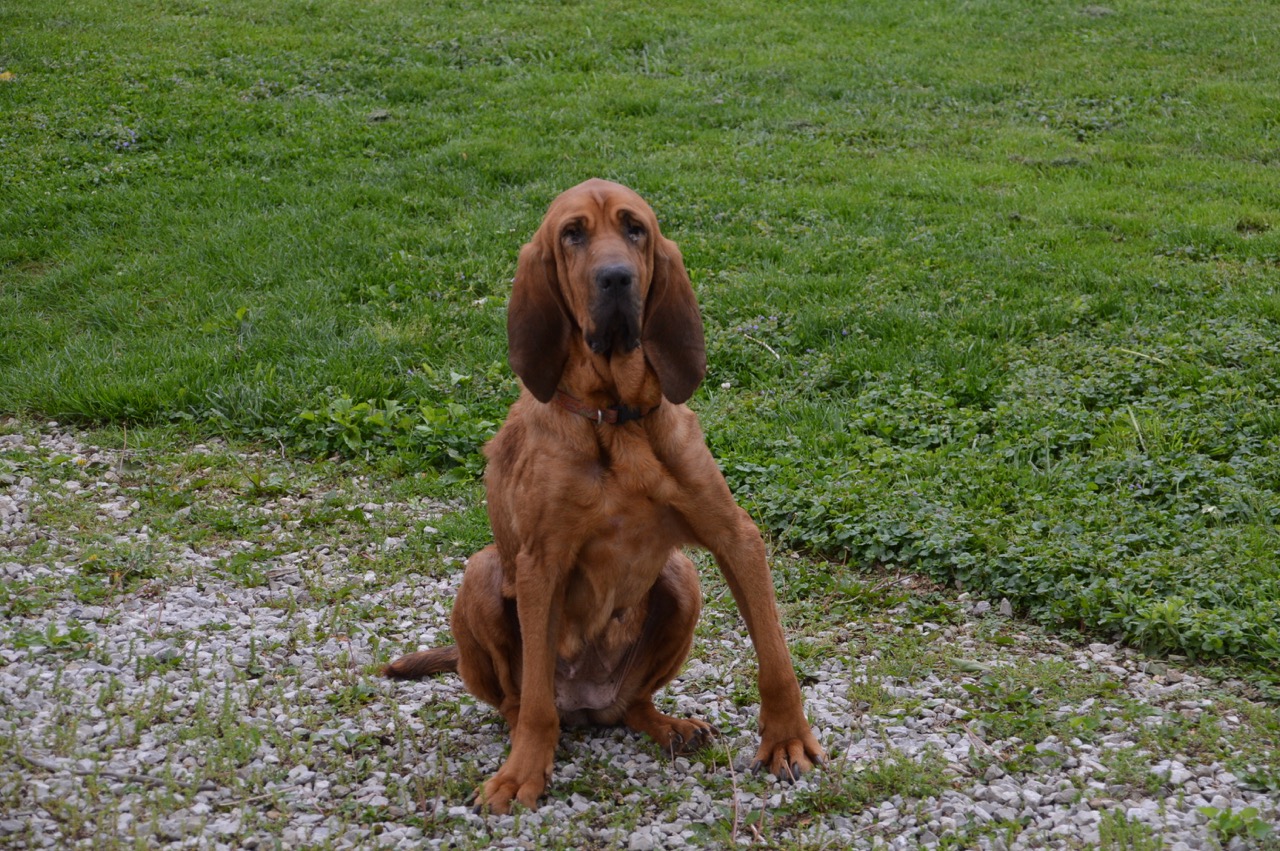 It was one of those afternoons that we have not had in years, really I'm serious when I say that. There was nothing that felt right and nothing that satisfied. 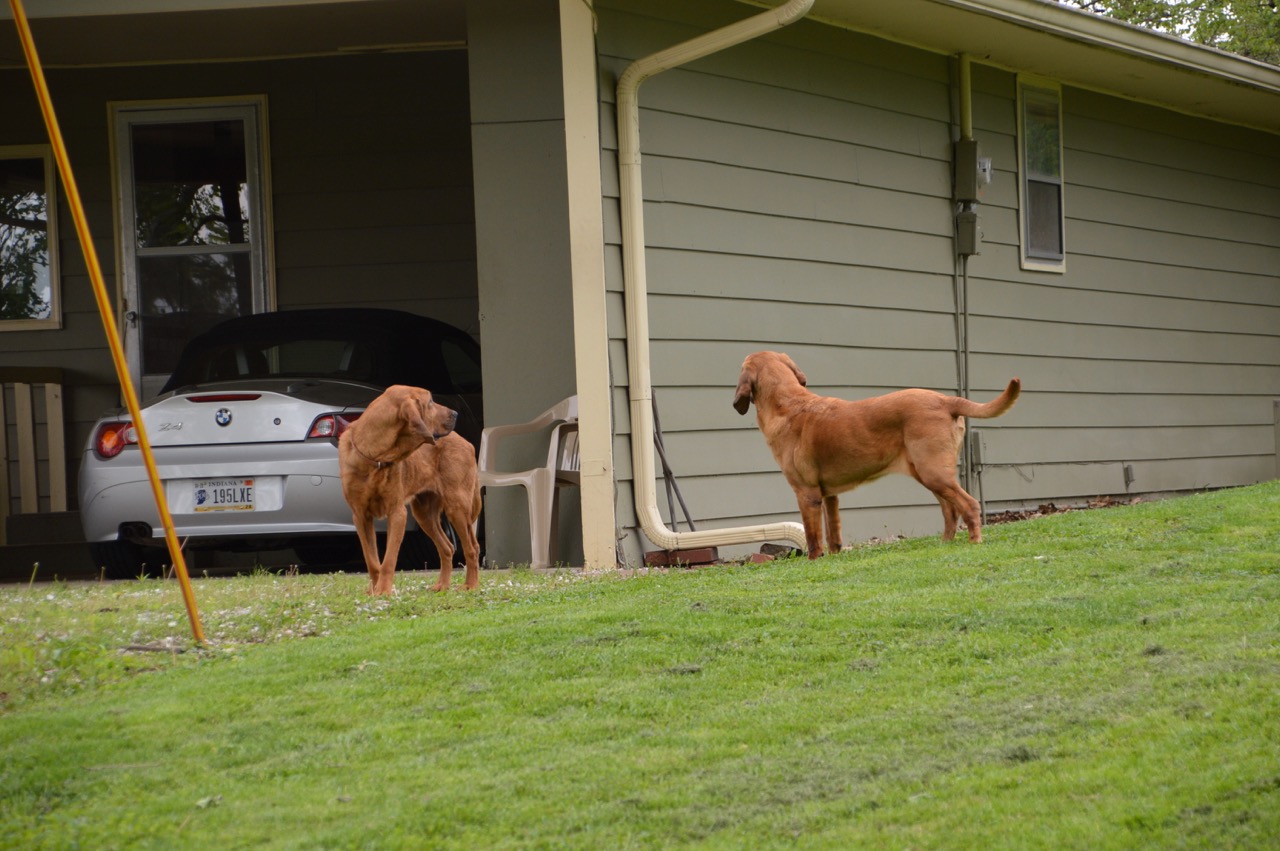 Even the hounds were confused when they couldn't figure out where I had gone. I had slipped over by the burn pile, a few steps further in the corner of the woods to take a picture from that angle. Sadie thought I might have gone inside, a sure sign we are going for a walk. 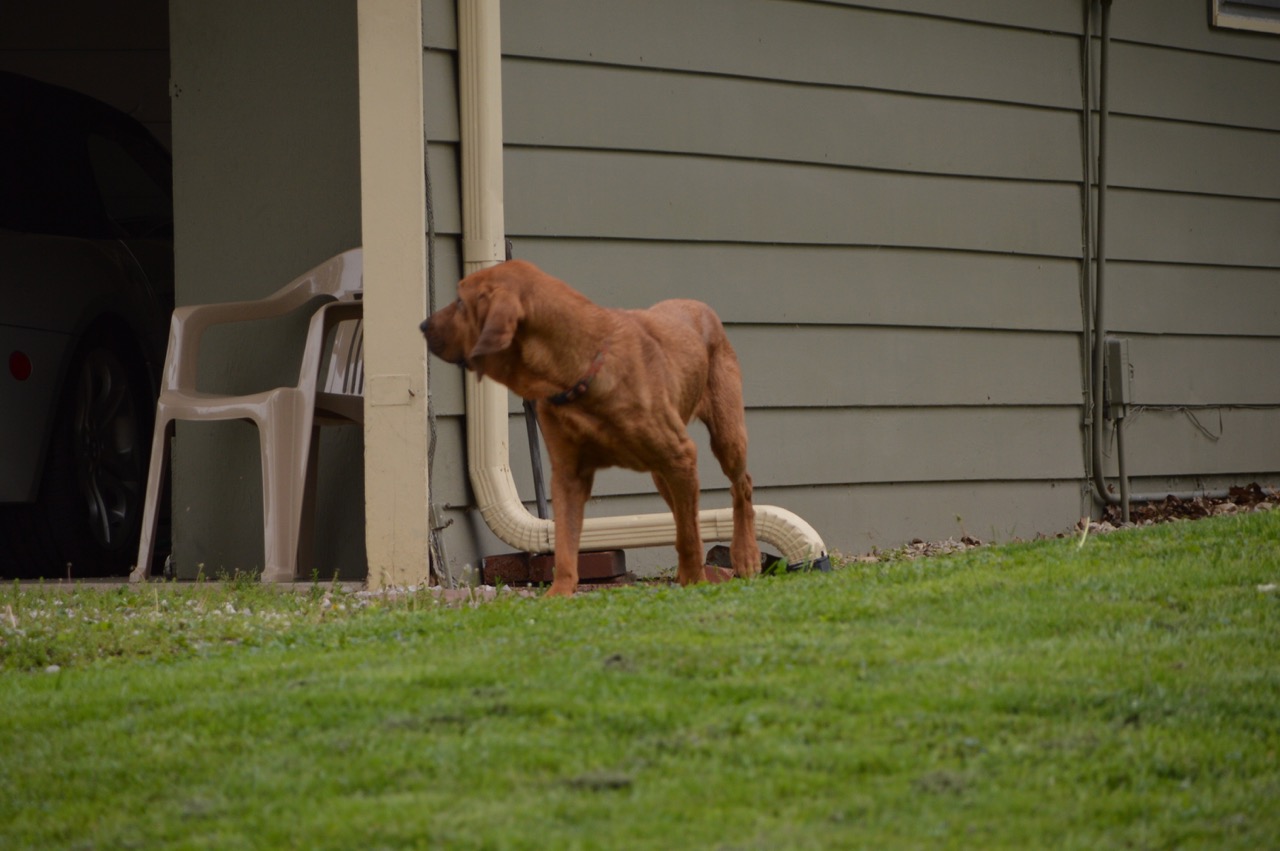 Stella walked around in a complete circle and still could not figure out what happened to me. Was it a sign of things to come? 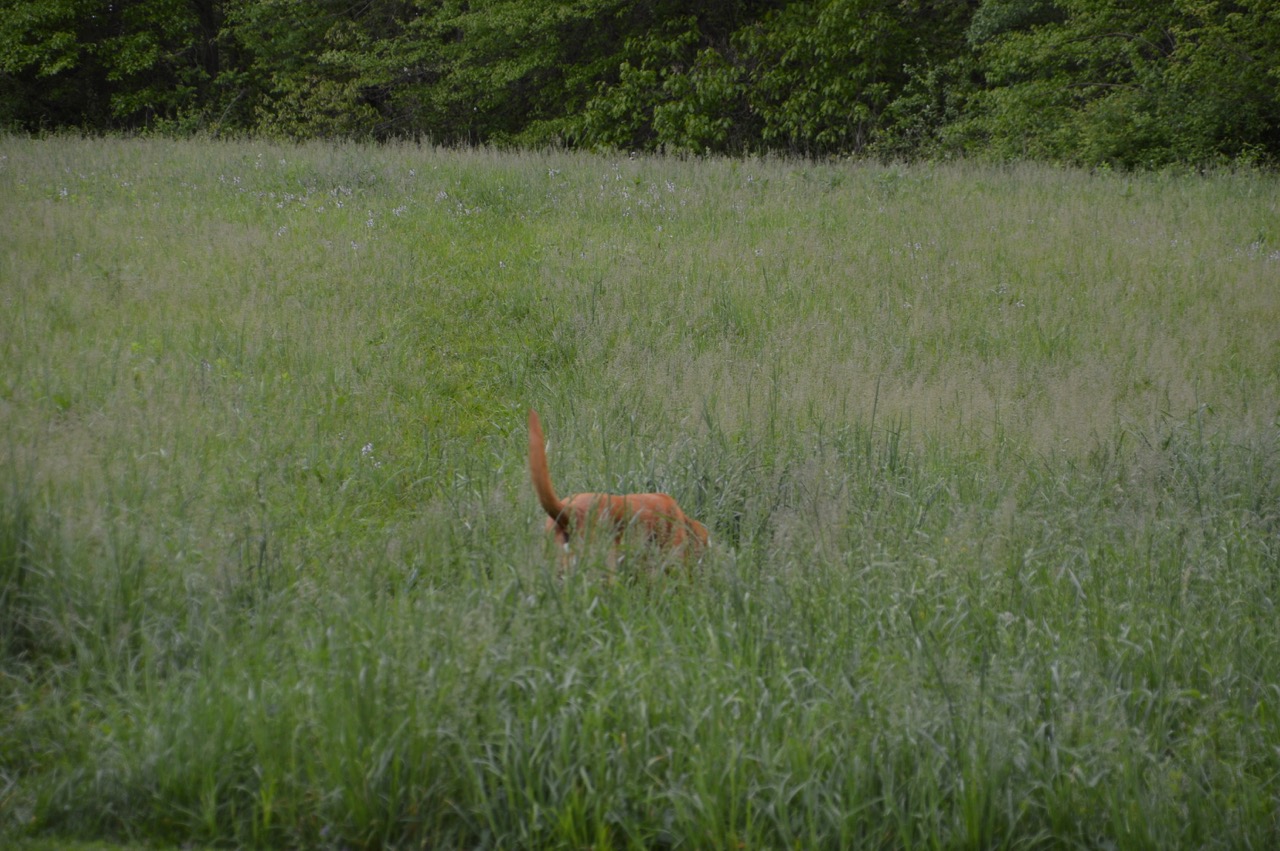 Sadie did what Sadie does best ... head to the field with her own interests. She could be an outdoor hound 24/7 I believe. Yet, she does like 'her' large leather chair with the ottoman to stretch out on to nap while I watch a game or a movie.

Cabin fever had already hit so bad by lunch time that Heidi not only made it outside, she hung around long enough for a photo shoot. That did not mean she was staying out long, after all, rain was on the way.

I know, I changed the content in the middle of a post ... kind of a test I guess and typical of this afternoon. I know some will disagree but I like the content before the picture. 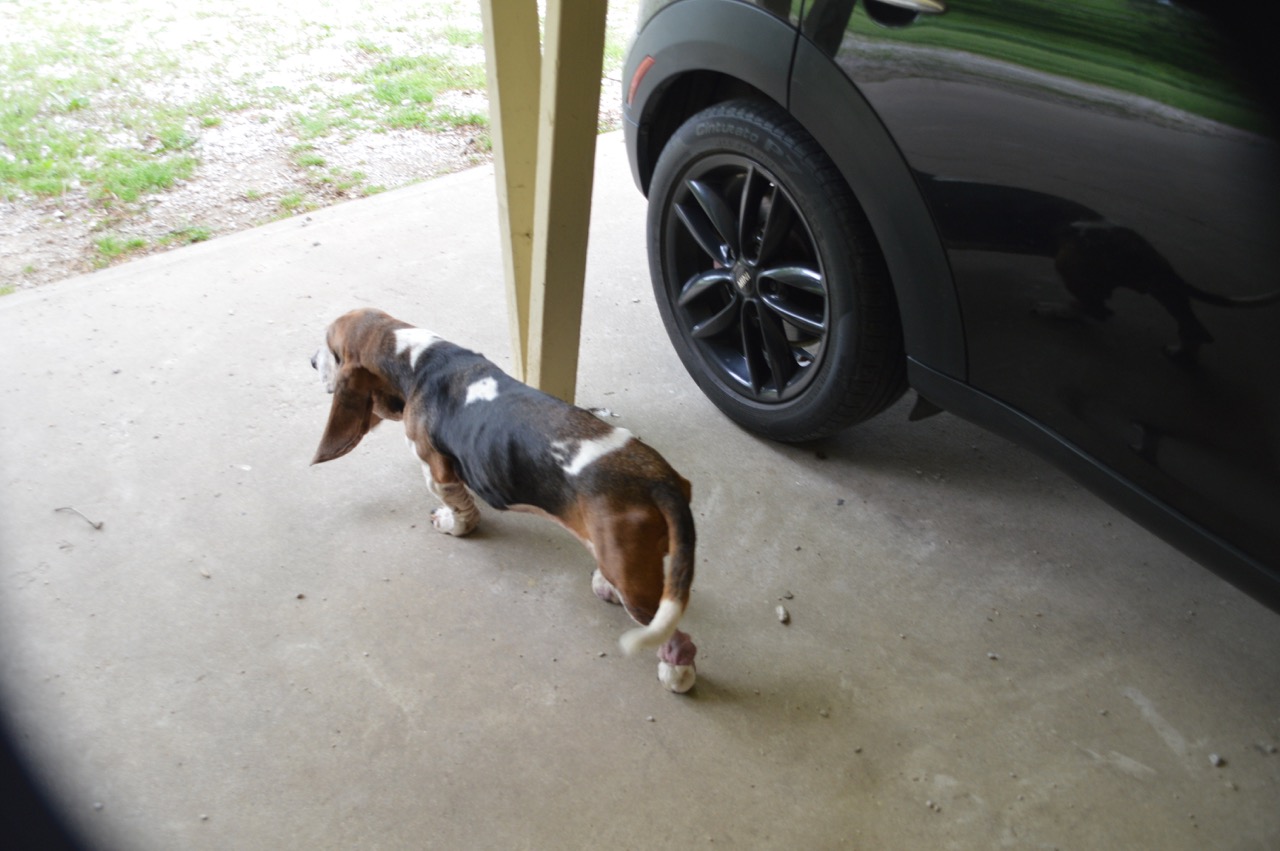 After watching the water rise across the highway over the past three days I decided it was time to go over and just see how close I could get to the old steel bridge. I would have loved to have got close enough to take a picture of the water level under the bridge that had decreased to the lower half of the bank.

I knew I wouldn't get far down that single path of gravel and grass ... I can only assume that bank is at more than full capacity. 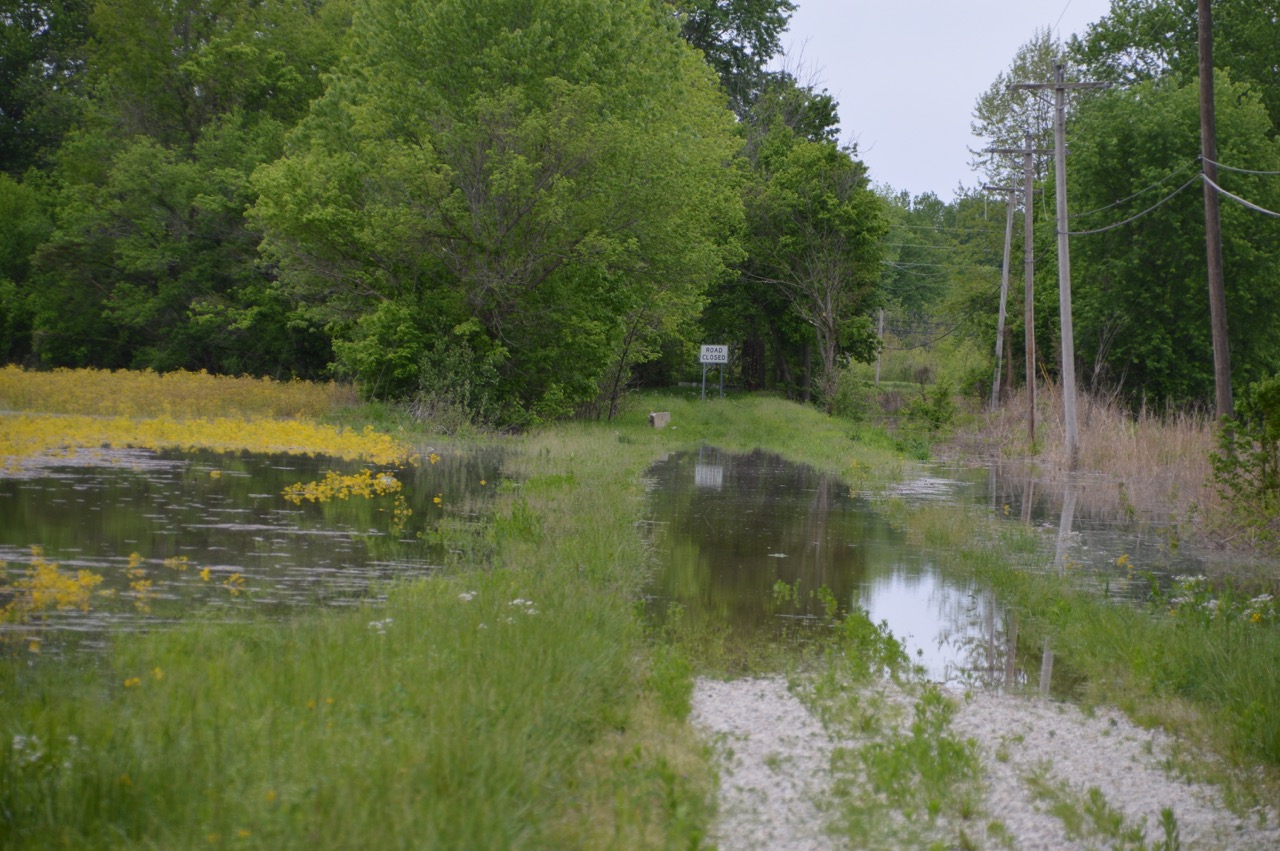 I and a few other readers have been wondering about the 'field of yellow' and what the plans were. They show up every year, are plowed under and corn or soybeans are planted in their place. I guess this year they decided to flood them out. 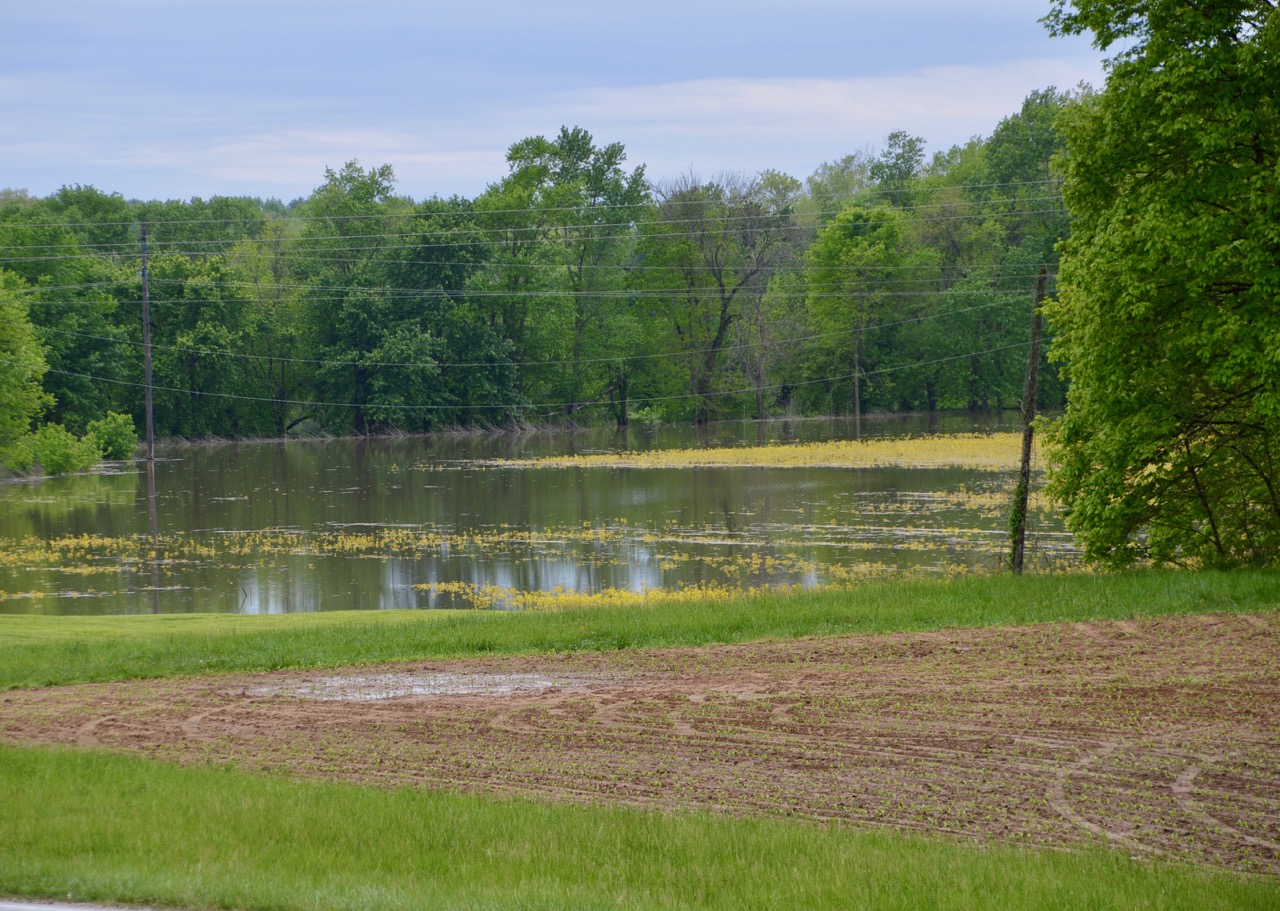 It keeps getting worse in the field that was fertilized, sprayed and planted early this year. That's not all of the water in that field and I'm sure he has lost some major money this year because of the flooding.

This isn't close to the worse I've seen. That happened in June 2008 when both fields were flooded. The water from the 'field of yellow' covered the highway and the water in this field was up to sign frame. It was like we were living on lakefront property.

We were only hours away of being shut off from town that time, with this highway being the last of four leading to into that were flooded out. Then a water way south of us broke and the water surrounding us and the town, drained like a bath tub and was gone within an hour. 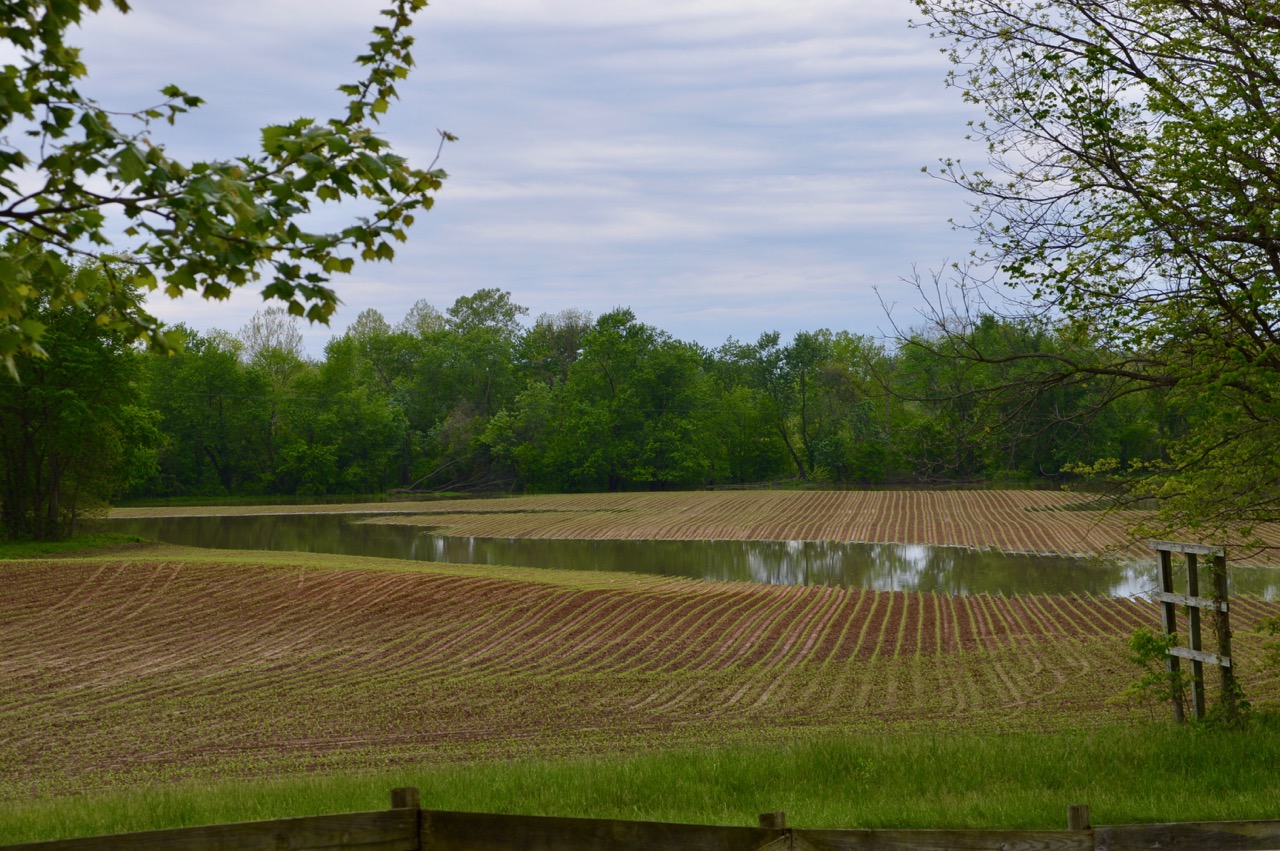 I wasn't hungry for what I was eating, the books were boring, the movie was not interesting, and my tv had 250 channels of nothing to watch. Besides that, Sadie who loves playing fetch made only one run to pick up her Kong ball, only to bring it back to lay down with the ball between her paws. Heidi and Stella slept ... even my siesta wouldn't kick into gear.

We were stranded with nowhere to go.

By 5:30pm Sadie decided to try one more time to take a walk but with 4 hours of constant light rain or drizzle, she had no more interest in taking a walk and getting wet than I did. 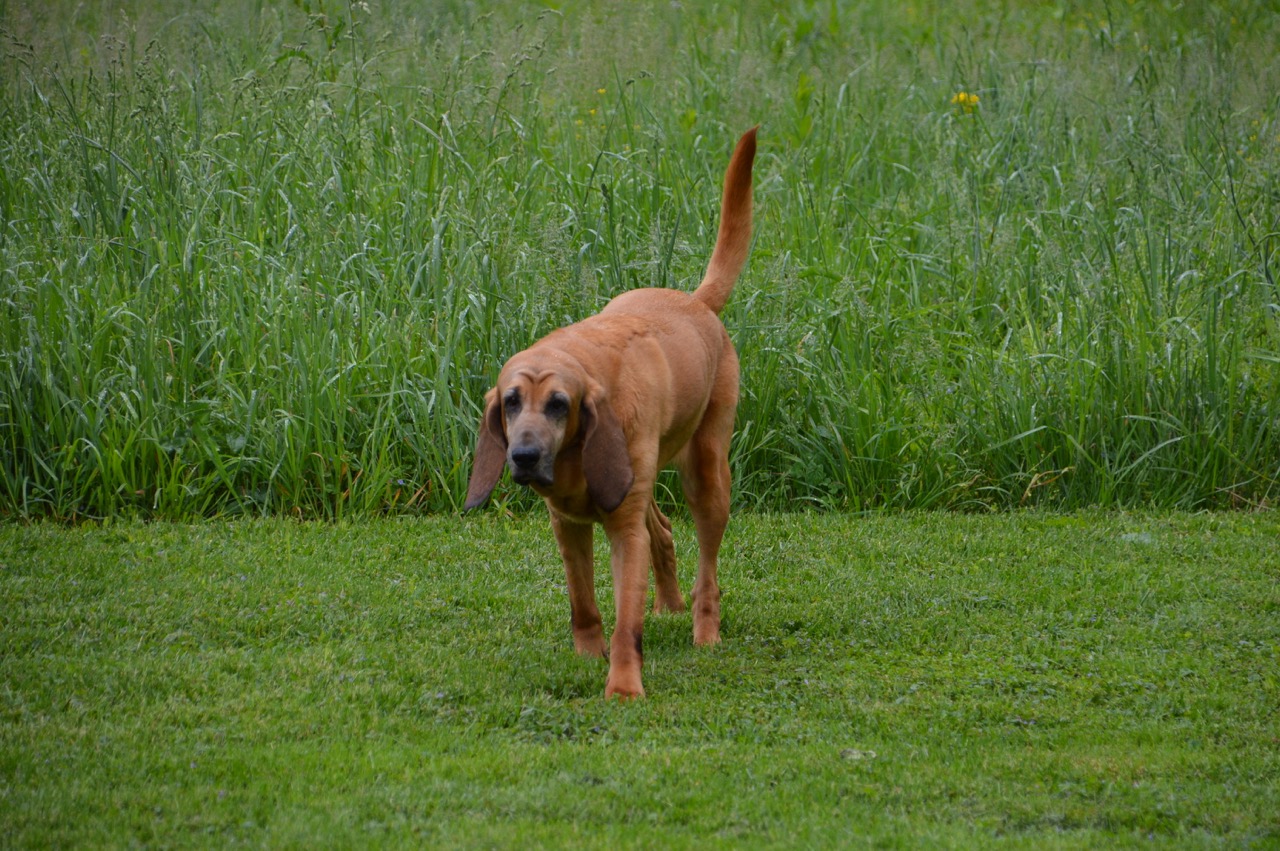 Stella felt the first drops of rain and decided to be a statue instead. There was no way she was getting her feet wet on the fresh cut lawn. After two day of partial sunshine we were back to being water logged and bored. 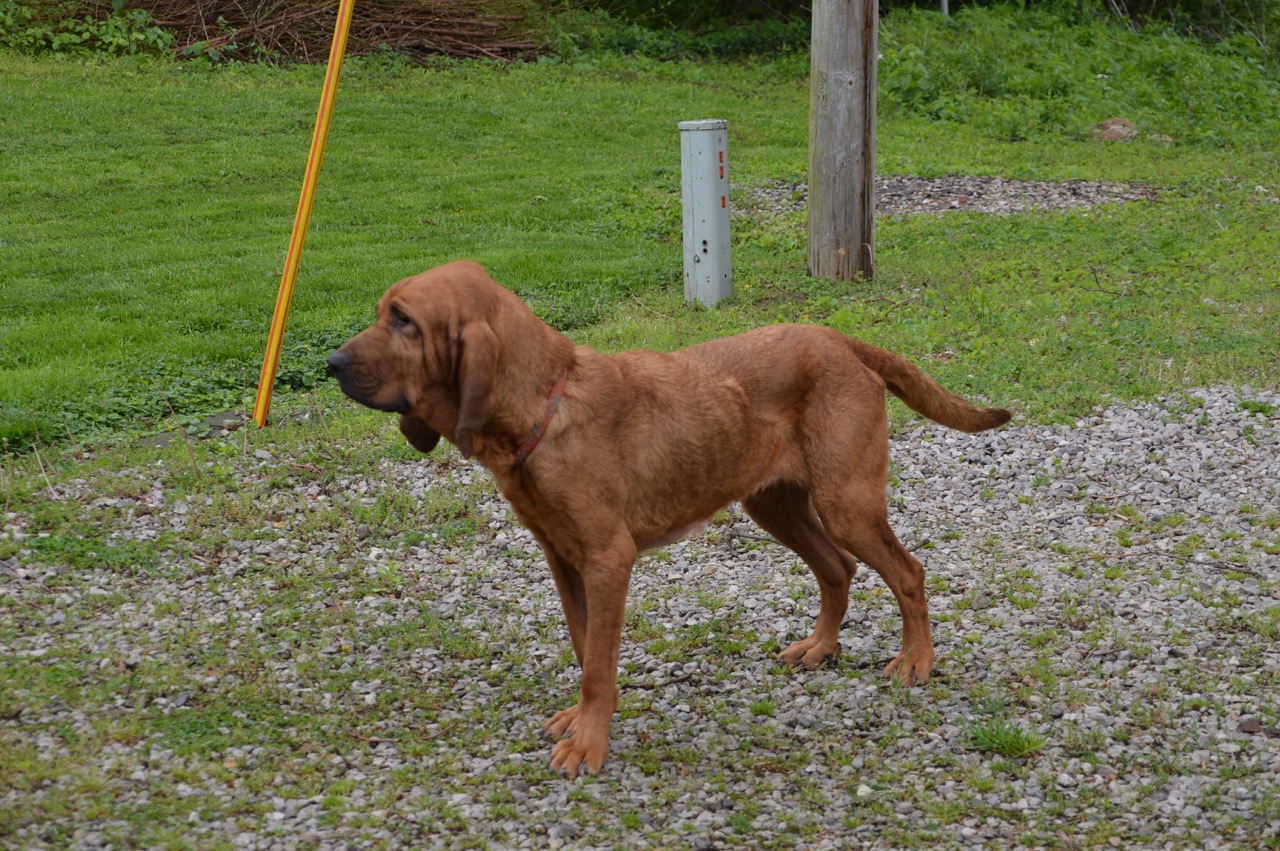 Sadie has sat and stared at me for so long today that she looks like one of those bloodhound end tables that were hot sells on eBay a few years ago. Stella has decide to sleep right up next to the my desk chair in back of me, so close that I cannot move and will be trapped in front of my monitor. Heidi hasn't moved from deep inside her Marmot sleeping back with it 52° outside.

The forecast is not encouraging for the next 3-4 days ... maybe a roadtrip is around the corner?