Another Productive Day As The Hounds Sleep The Day Away 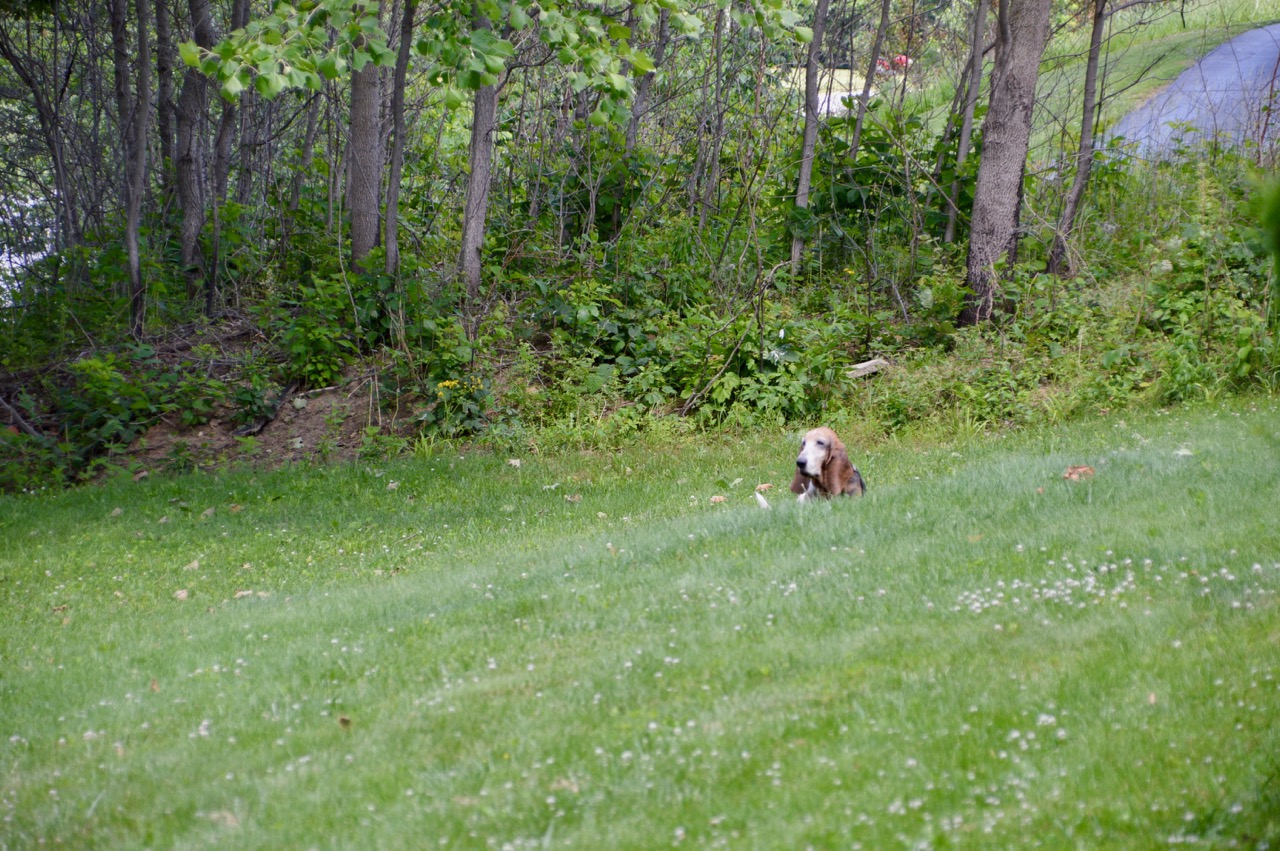 It was during the lunch for the hounds on Tuesday that I changed my mind for the 2nd time in 2 hours about power washing. It was perfect weather for it. Not too hot and just warm enough that I would not freeze as the water spray drenched me based on wind direction. Heidi gave me the okay to get started as she enjoyed the front yard. 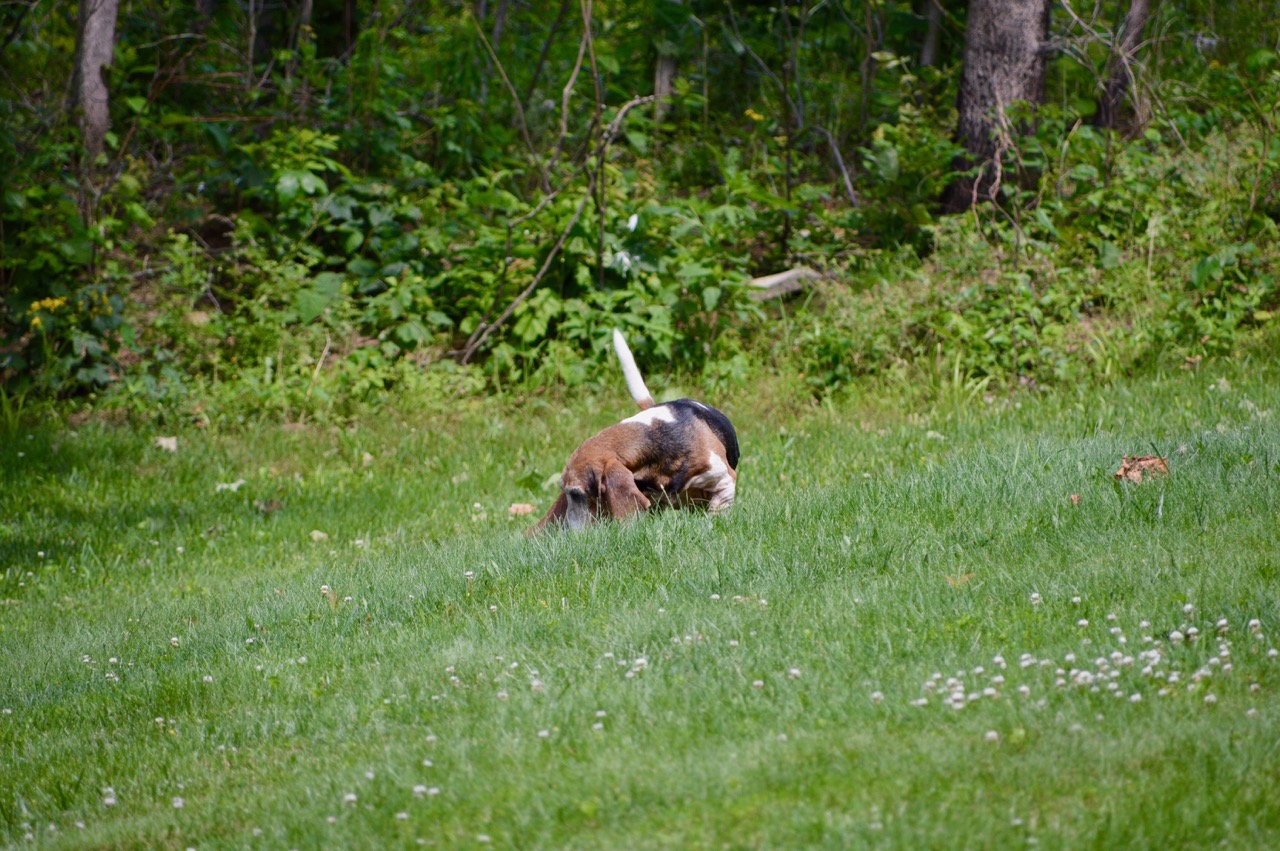 While I was stretching out 100' of electrical cord and 100' of garden hose to connect to the power washer on the north side of the house, I realized I had not done this last year. In fact I used an extended handle brush connected to the hose that I bought for washing my Class C in 2014. That took less than an hour to wash the side of the house and the overhangs. It took longer with the set up and washing this year. 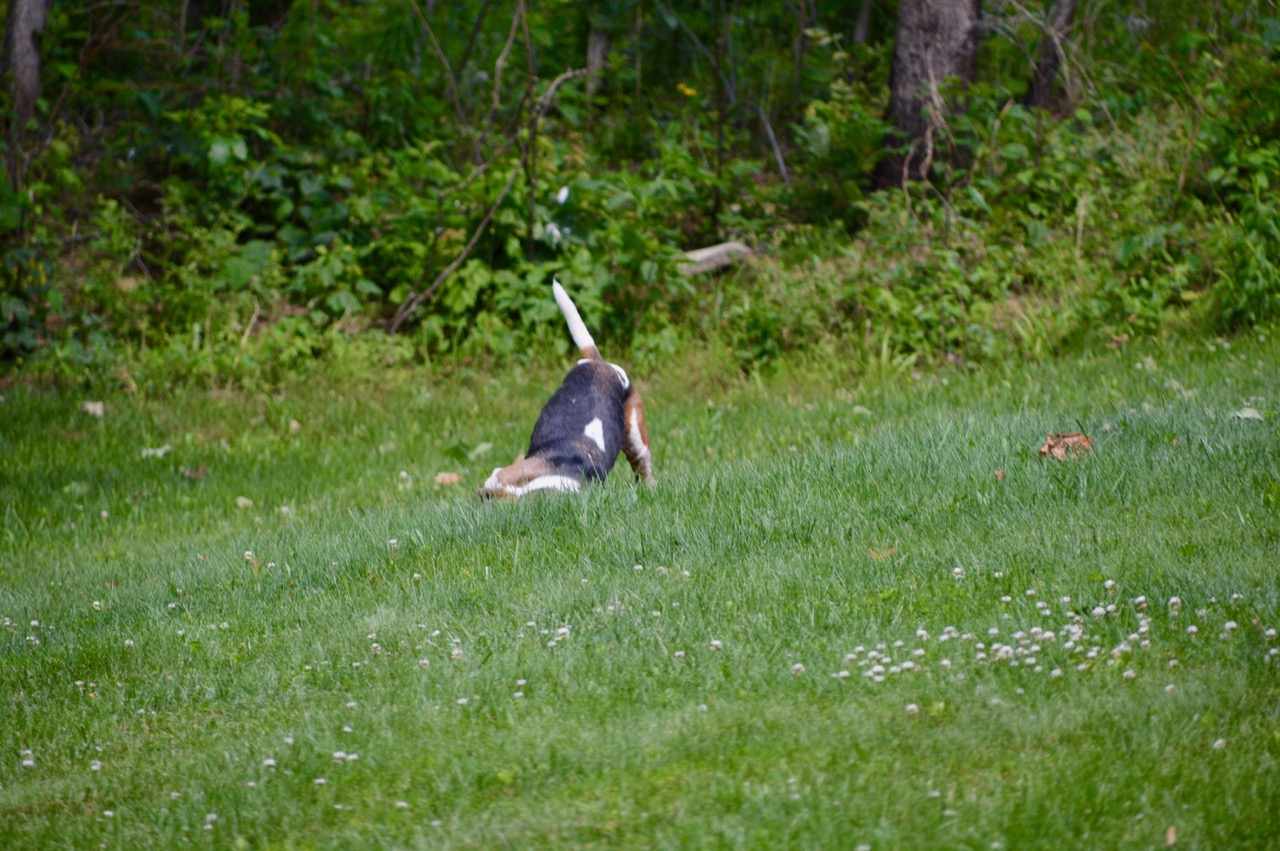 I still wanted to use the power washer to not only clean the house but also peel any loose paint off the wood trim. The paint on the aluminum siding never moves and it does not matter what the weather does nor how many times it changes. I figured I could wash, scrape paint, sand it, prime it and paint it within 6 total hours spread over 2-3 days. 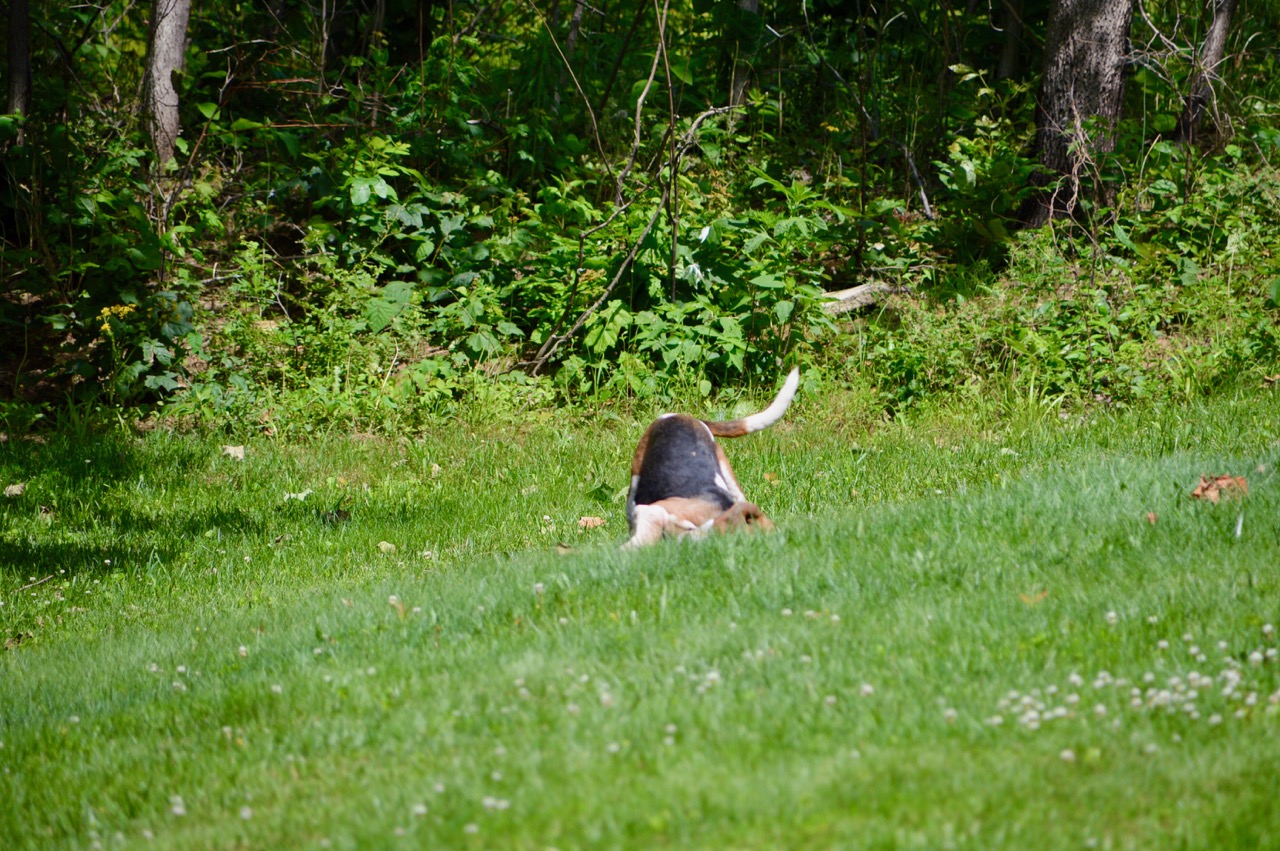 Of course with any old house and maintenance, one job might lead to two new ones. Mine wasn't that bad but it turned it from a two day affair to a three day job, yet it looks like it will be around 8 hours total labor time. 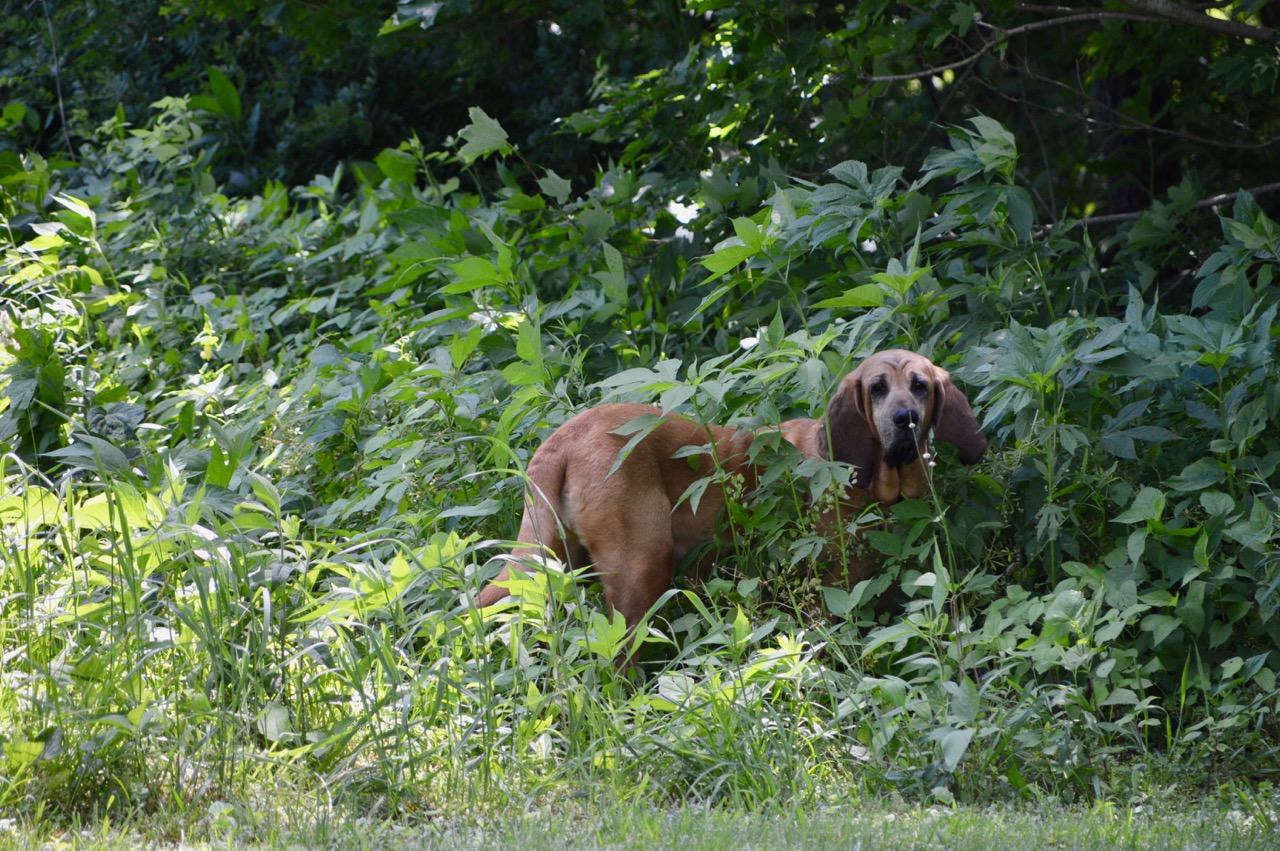 While I was moving both cars outside away from the house and then trash cans, a chair and anything else left standing in the carport so they would not get wet ... Sadie was more than a little concerned about what was going on. Maybe she though we were was moving or going somewhere ... being a confirmed 'homebody' ... she did act a little anxious as I was setting the project up. She does not like any kind of change .. even moving her food dish 6".

Stella didn't care. It was too hot for her, she wanted inside and she can't stop scratching even after another bath. My blog shows that in May 2016 she had the same itching problem ... so it's allergies. 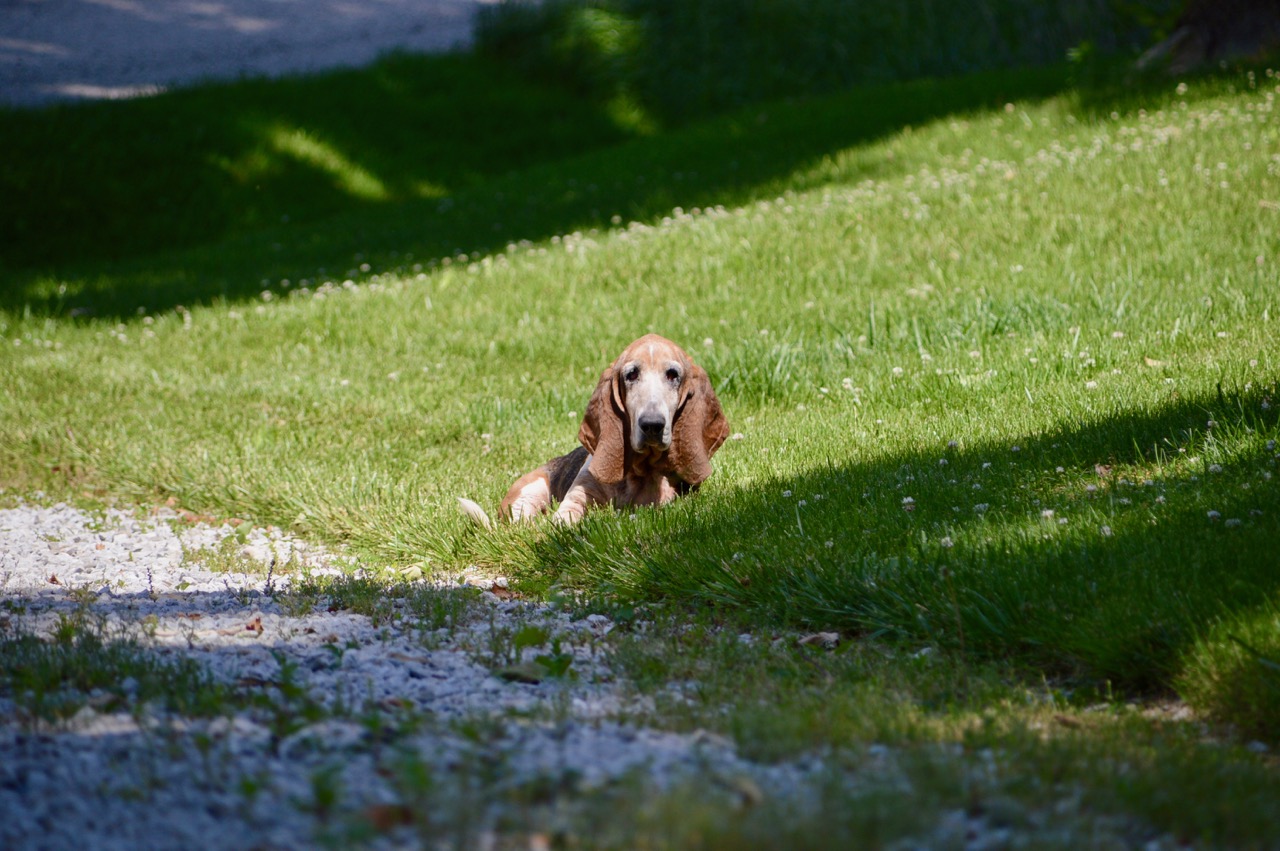 Heidi wasn't going to move when I called her. She had found a spot she had never tried for sunbathing and was content to stay right next to the driveway as I started work. But on this occasion I did not have time to babysit hounds while I was out of sight. So Heidi headed for the couch and Stella was thrilled she could go back inside for her afternoon siesta. I confirmed it by looking in the window to see all three hounds sleeping while I washed the house. 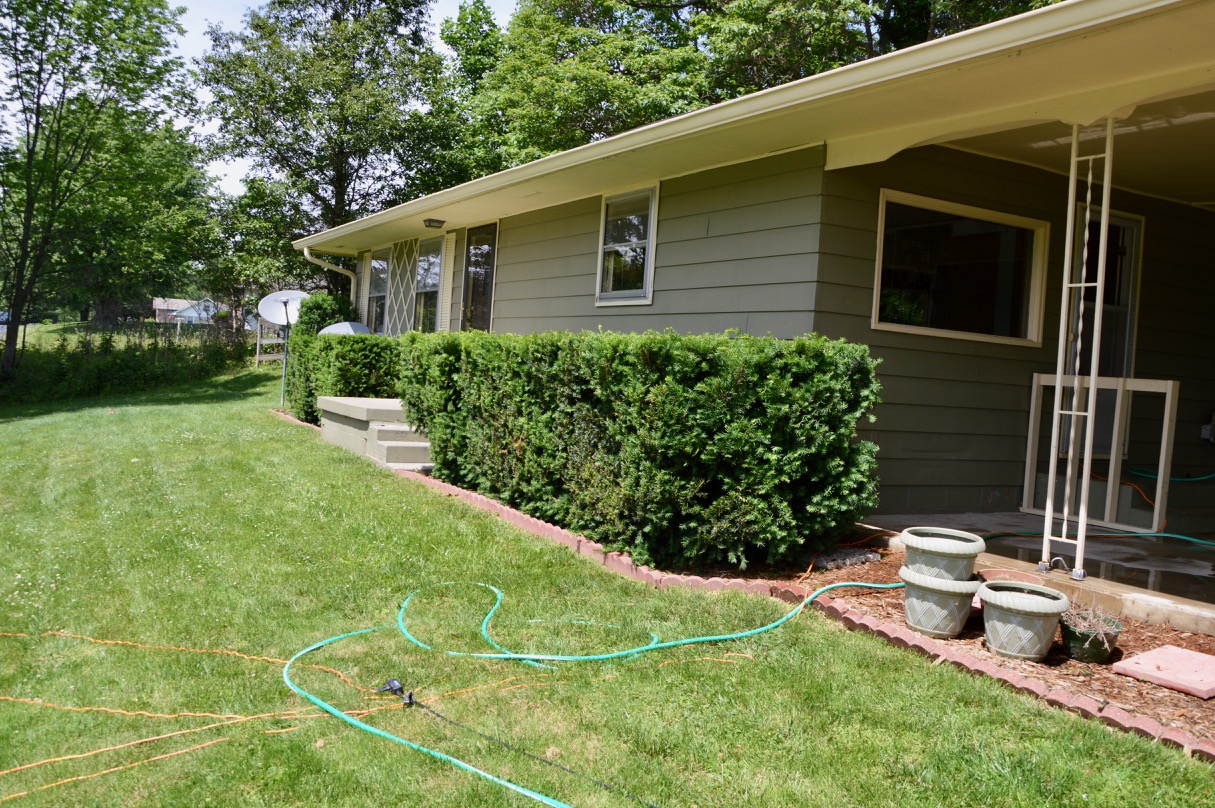 Once the house and carport are clean, it's like they have been repainted. The dryer it gets, the better it looks. 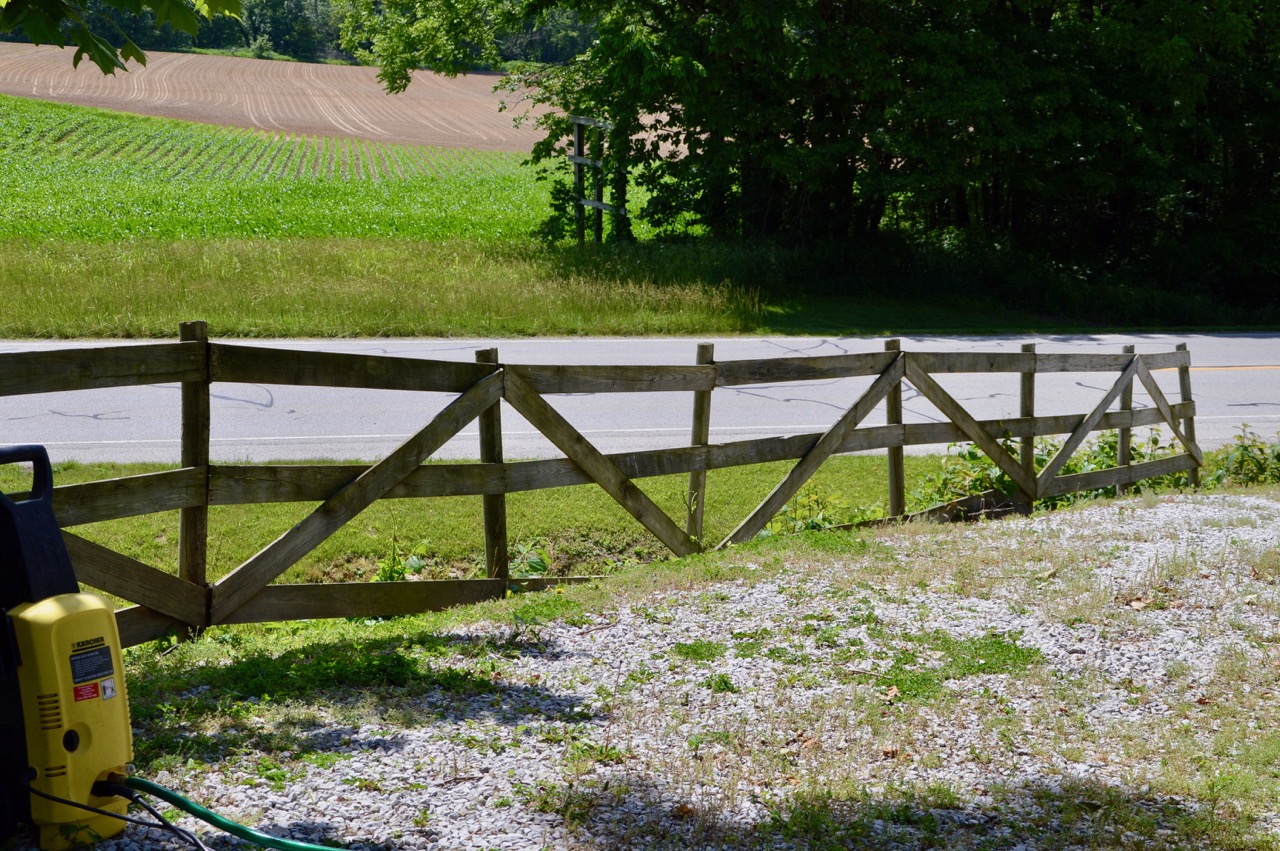 There of course is humor to this project. I thought I was finished so I am rolling the machine over by the fence to stretch out the electrical cord and garden hose, then disassemble everything and put things away ... then I remembered ... I wanted to pressure wash the fence !!! 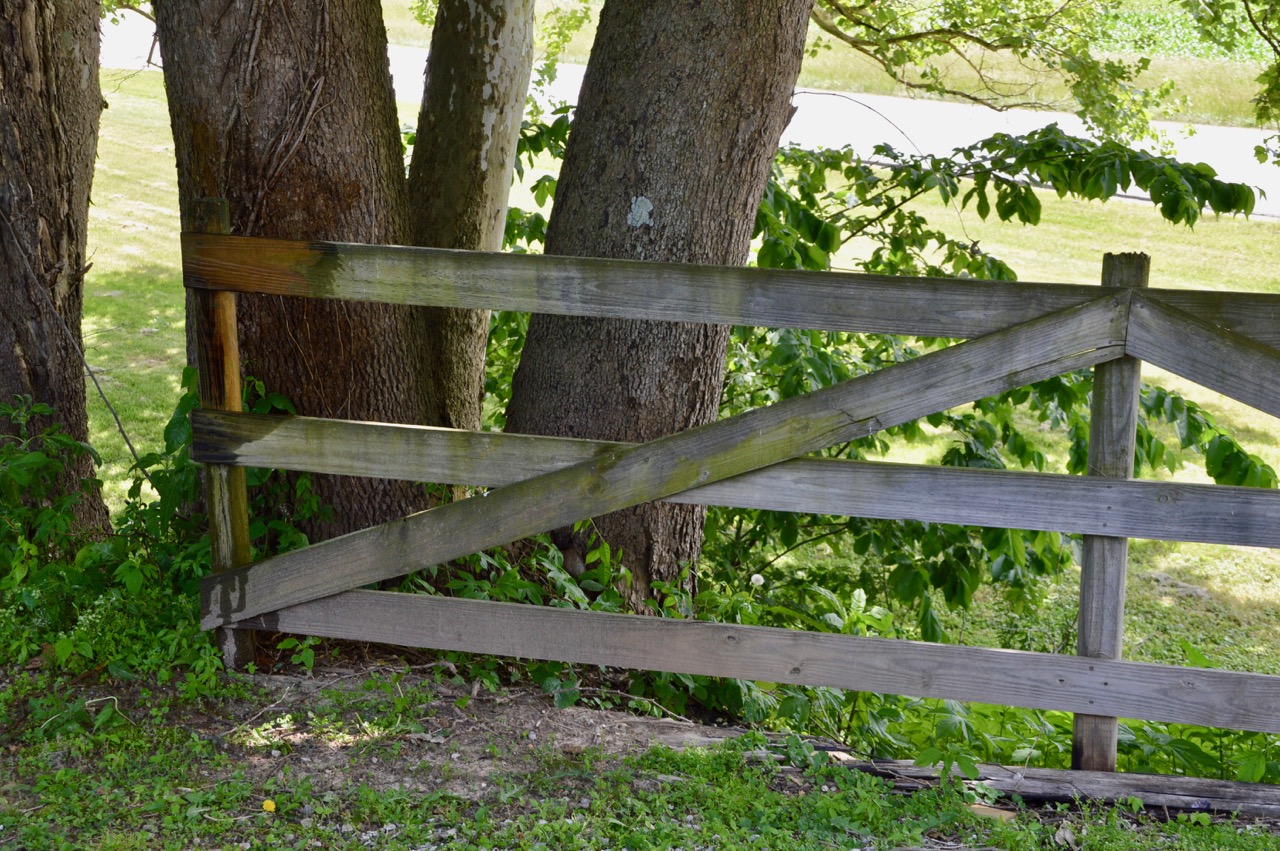 So I turned around and started that job. I am not sure it's good to pressure wash a treated wood fence but I did about 10 years ago and the only damage this fence has seen is when my pyromania fires have caught the fence on fire. So I continued to wash all of the fence only on this side. I did wash 3 sides of every fence post and the top edges of every piece. 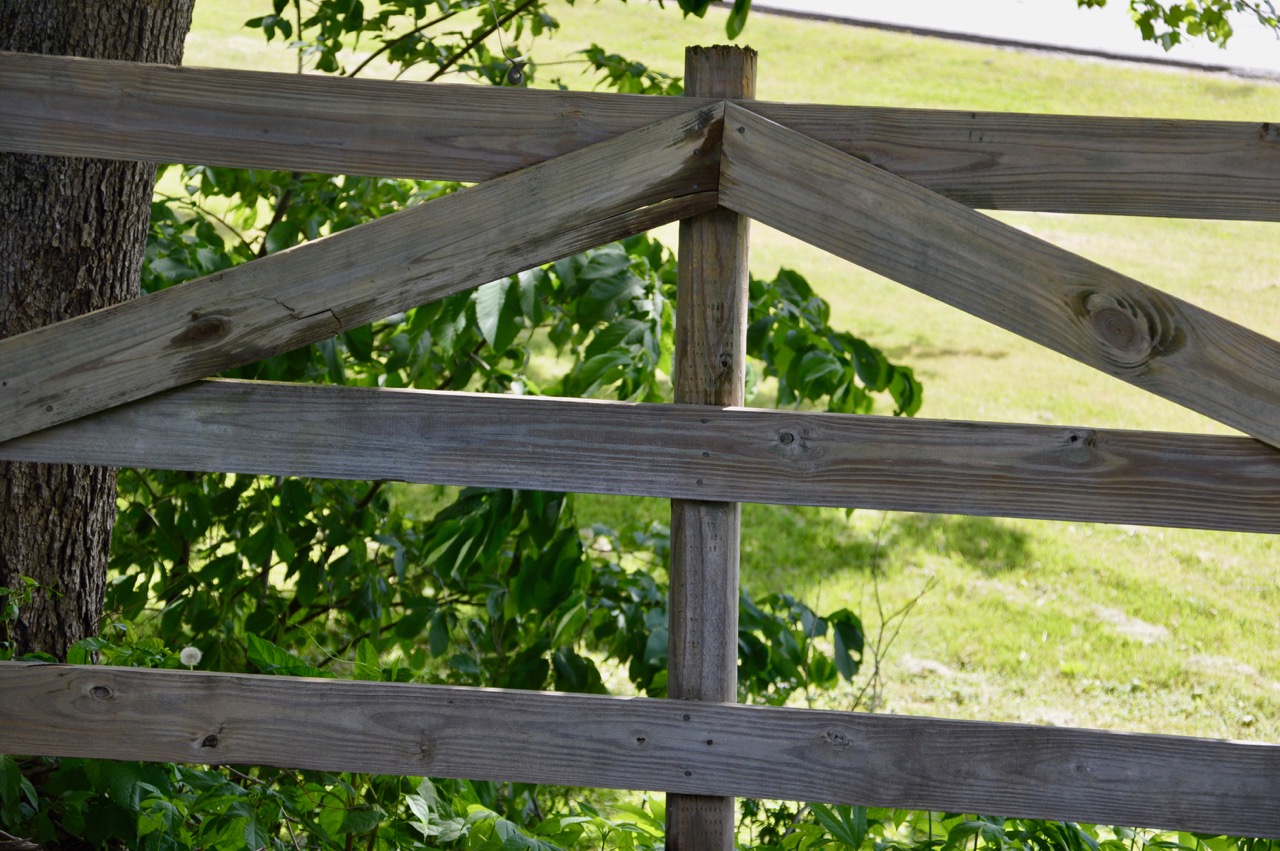 As the fence dried it looked better ....

But it really looked the best this morning after it completely dried. 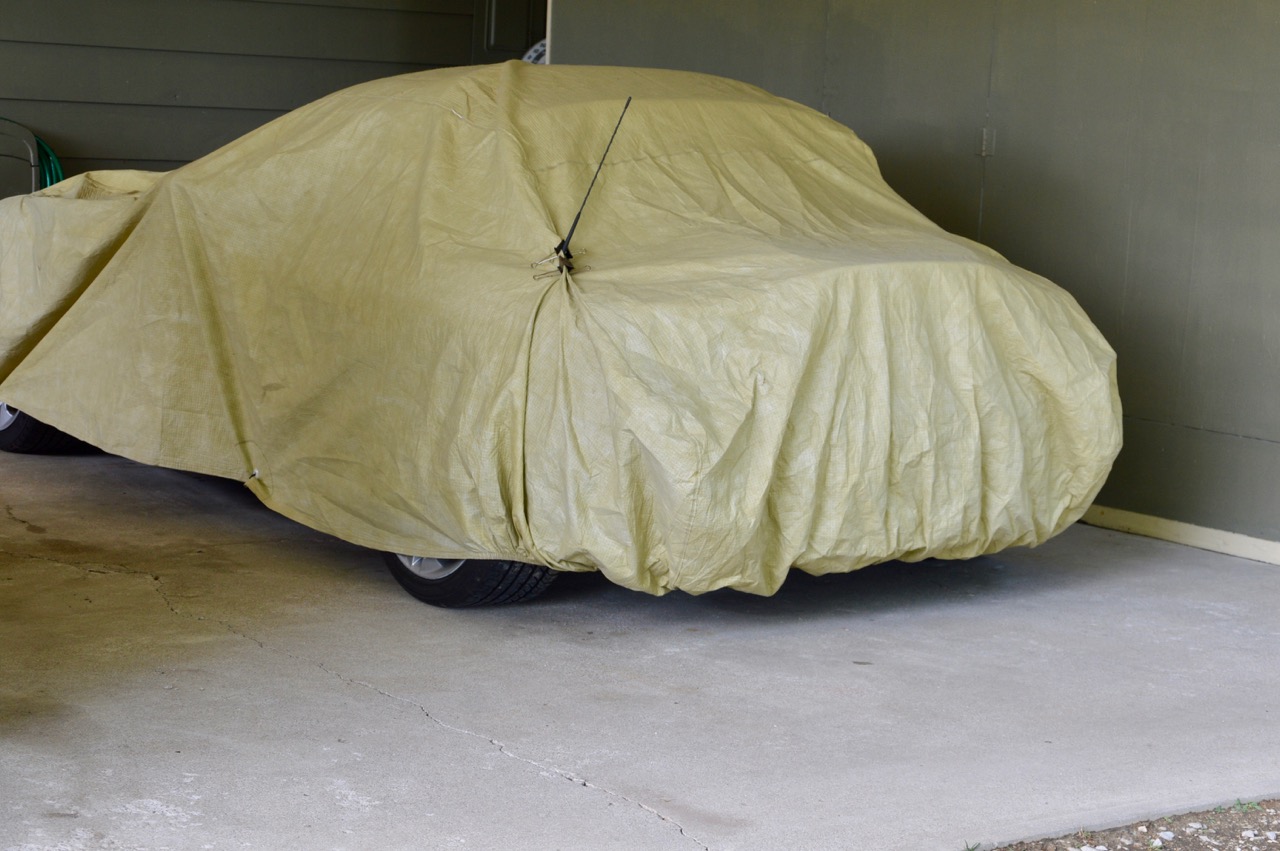 The Z went back inside on a clean concrete floor, so clean I almost hated driving on it. The car cover keeps all of the yellow pollen and light brown dust from the highway off the car. It does not take that long to take off when I want to drive it. 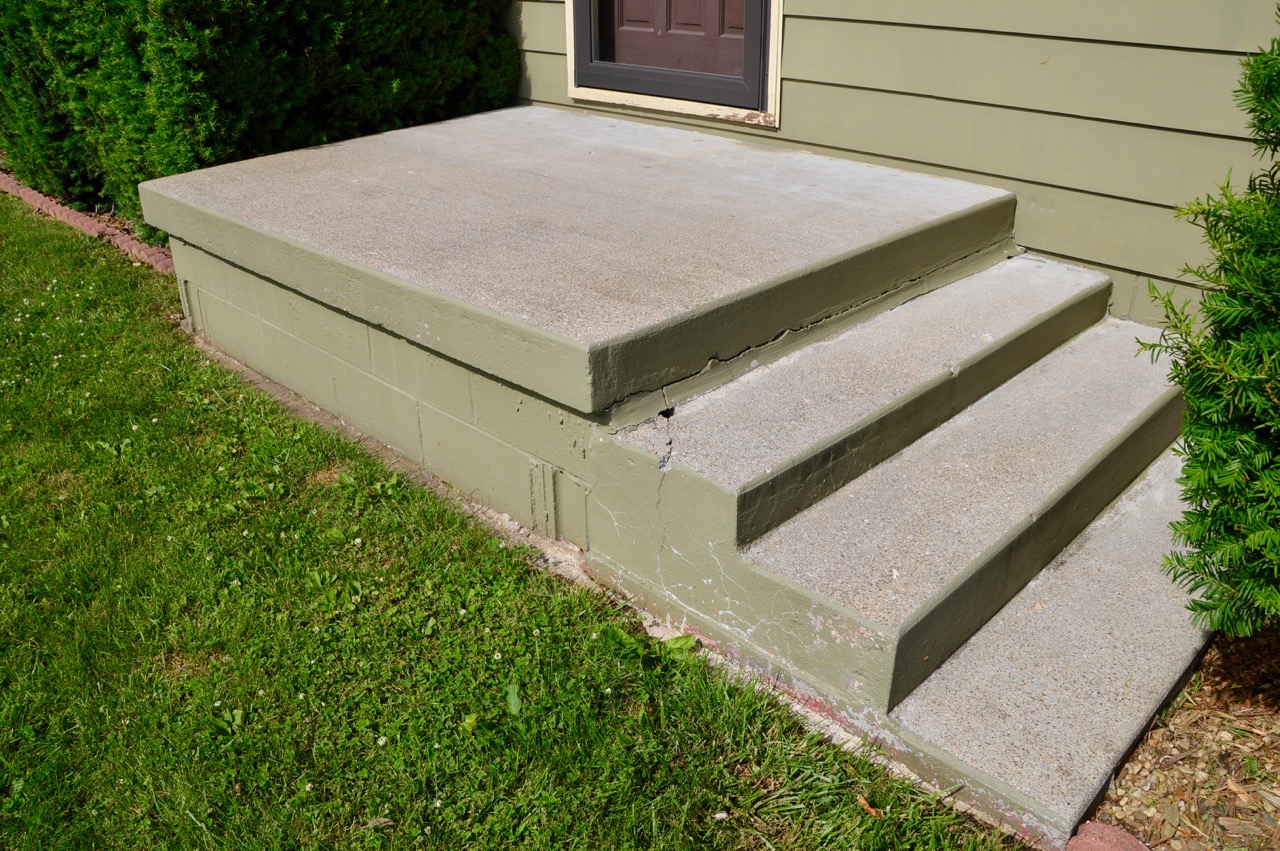 The top front edge of the porch was covered in black algae ... my old friend with the biology degree named that stuff today and explained it to me and I have forgotten the name and every thing about it an hour later. The concrete steps and porch only had dirt to remove but it looks much better cleaned.

Funny story about that little red paint you see at the bottom side of the steps ... my great aunt built this house and her 'dream house' was a yellow house with a deep red foundation ... I'm told. I've tried over the years of getting rid of what red is left as there are other places on the foundation you can see it. I have tried different solutions, painted gray paint over it 22 years later and then green paint over it 13 years later ... and you can still see it whenever I scrub the paint. 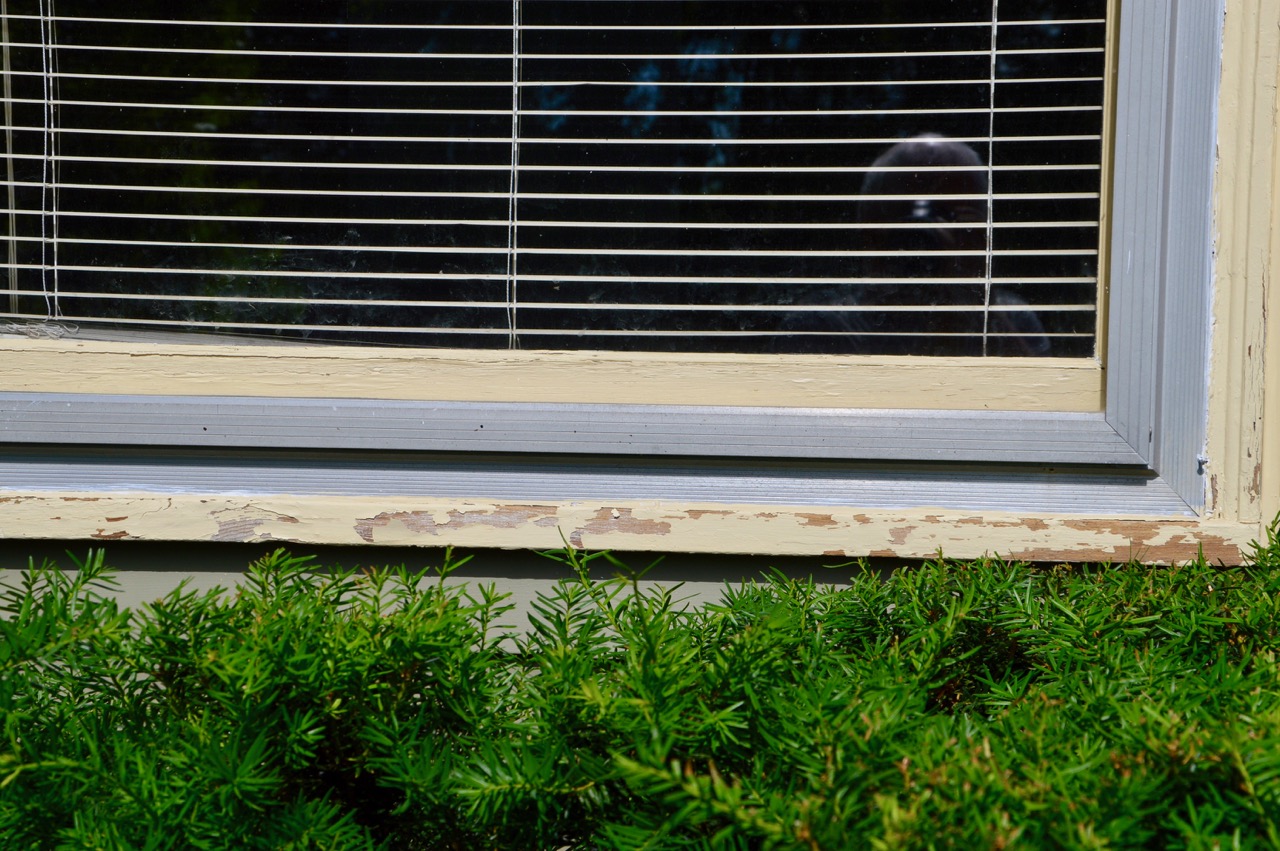 Here is an example of some of the bare wood that results from a high power wash, intentionally set to strip off any loose paint. Easy fix with some scraping, sanding, put on primer and then paint. 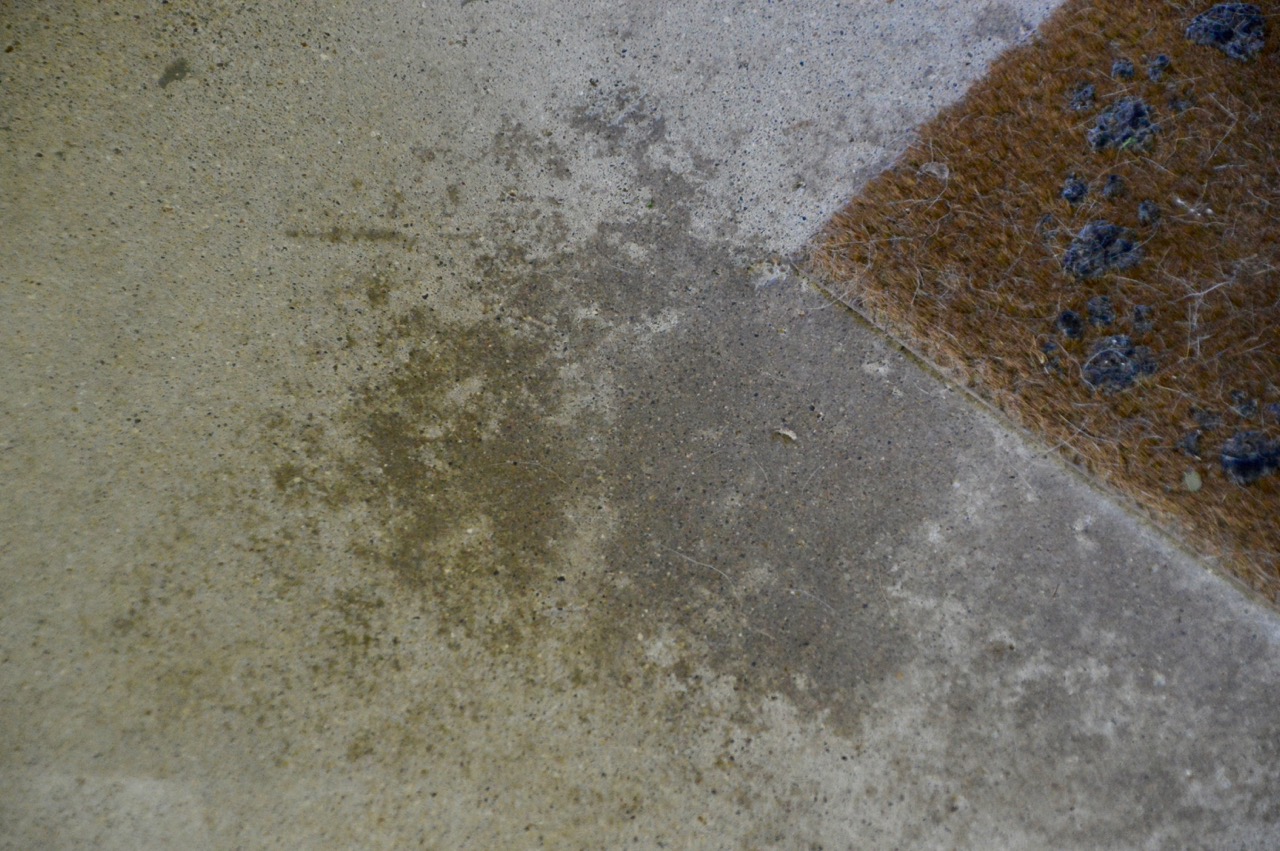 This spot drives me insane every time I look at it. Evidently with the carport floor flooded in water I missed a spot to power clean. I have no doubt that very soon I will haul that machine out of the closet, hook up everything just to power clean this spot. Maybe I'll try a scrub brush and soap first with a fresh water rinse. 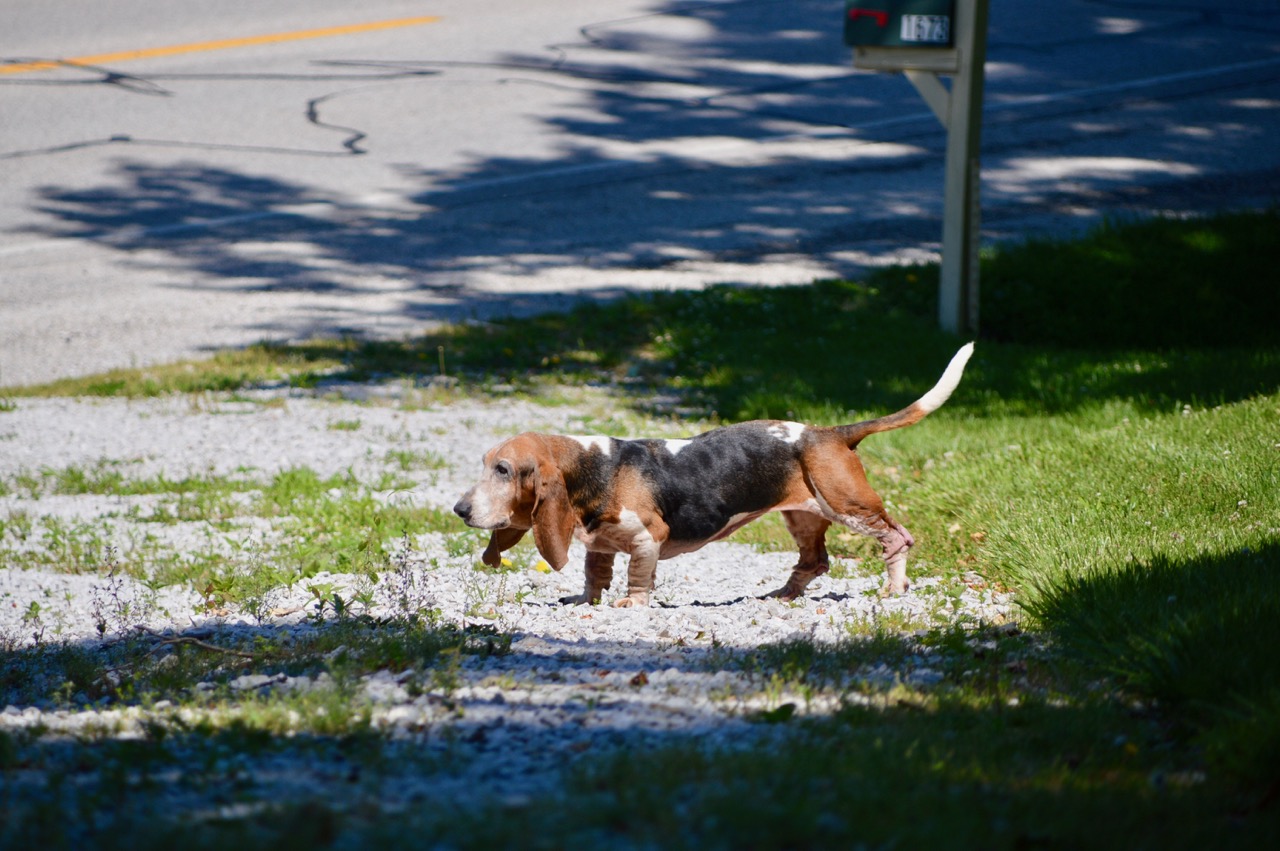 Today right after lunch Heidi gave me the okay to start the process of scraping all the bare spots as clean as possible, lifting more bubbled paint off. By the end of the afternoon I had primed all the spots I needed to and will paint the trim color tomorrow in less than an hour.

My total labor time today was 3 hours and 10 minutes.

Before starting any of this, I was curious enough and by suggestions ... plugged in my other 27" monitor into my new iMac so I now have two large monitors. I have used two monitors for the last 7 years but was more than happy with just one Retina display. Yet the 2nd monitor comes in handy at times. I think I'll keep it set up and am glad I did not sell it. A few of the "mac geeks" told me to do this.

It's never wise to paint on the west side of the house in the afternoon sun. The back of my legs, my neck and arms are feeling their first sunburn of 2017. It feels good to feel tired and another solid night of sleep.

'To Do' List momentum here in 'the tropics' of Southern Indiana.
at May 31, 2017
Email ThisBlogThis!Share to TwitterShare to FacebookShare to Pinterest
Labels: House Maintenance, House Painting, House Trim