The Day Turned Into A Very Busy One 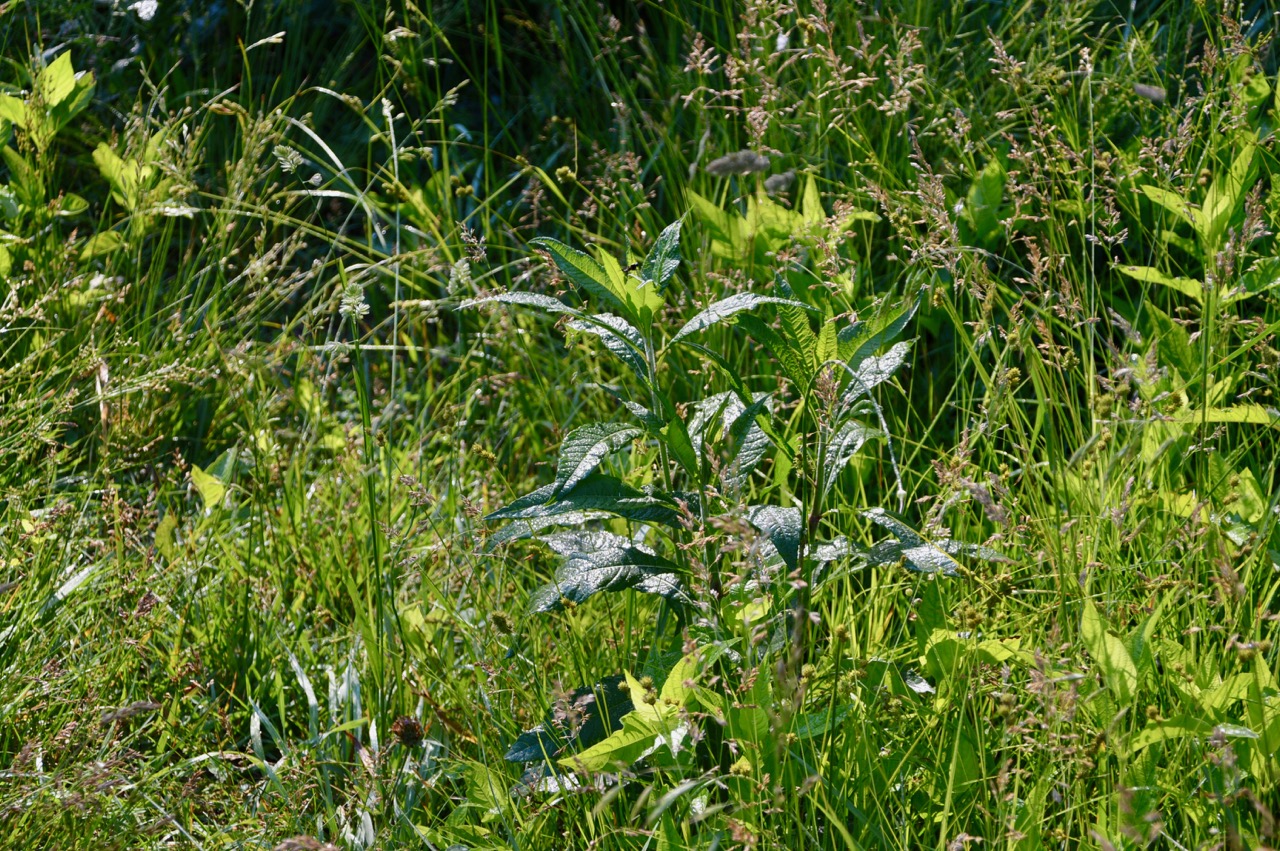 Right after I posted Tuesday morning post, I put on my NorthFace snow boots because I knew was early enough that the shaded parts of the field would be too wet for the waterproof hiking boots I have. We've been doing the walks about an hour earlier than normal times but it would be past noon before this part of the field dries out. 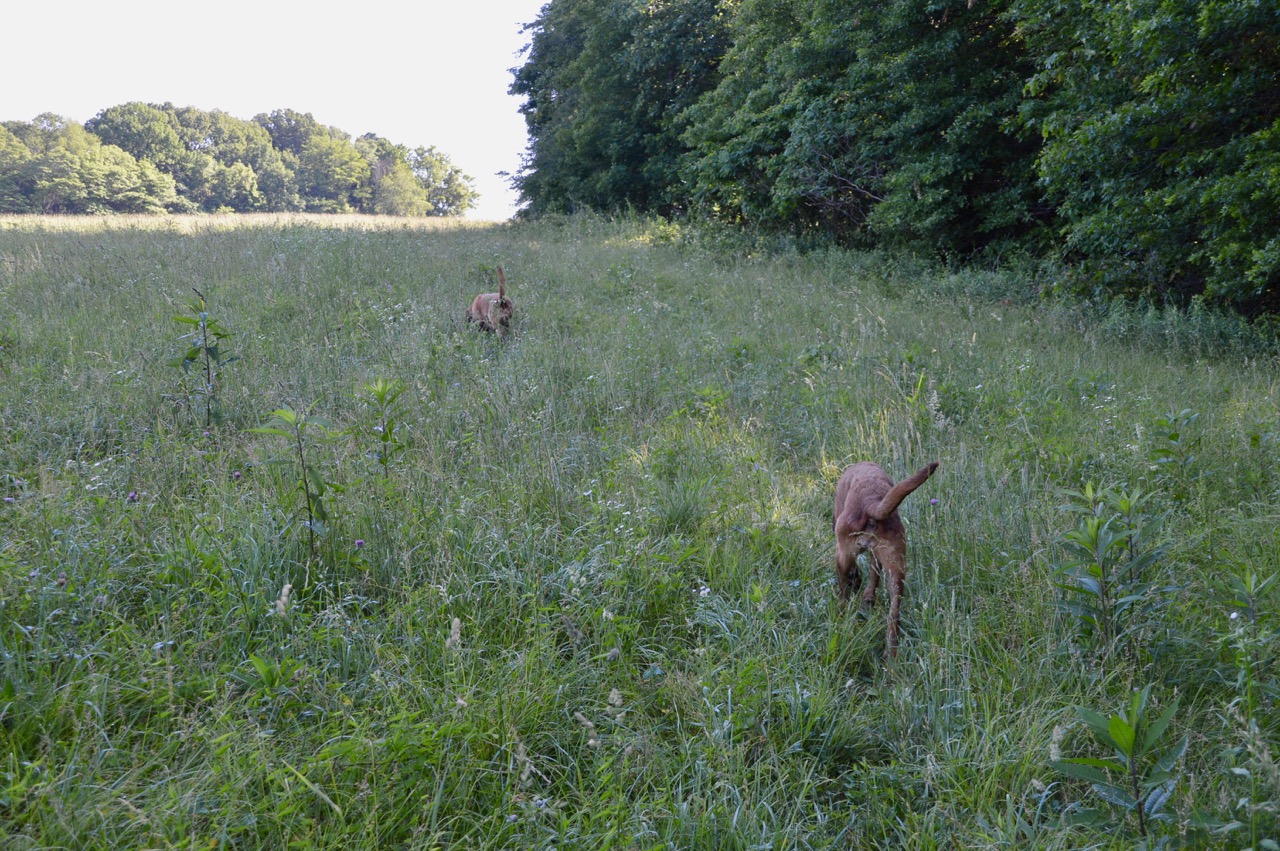 Sadie took off like she was shot out of a cannon and her nose was to the ground, she was gone. 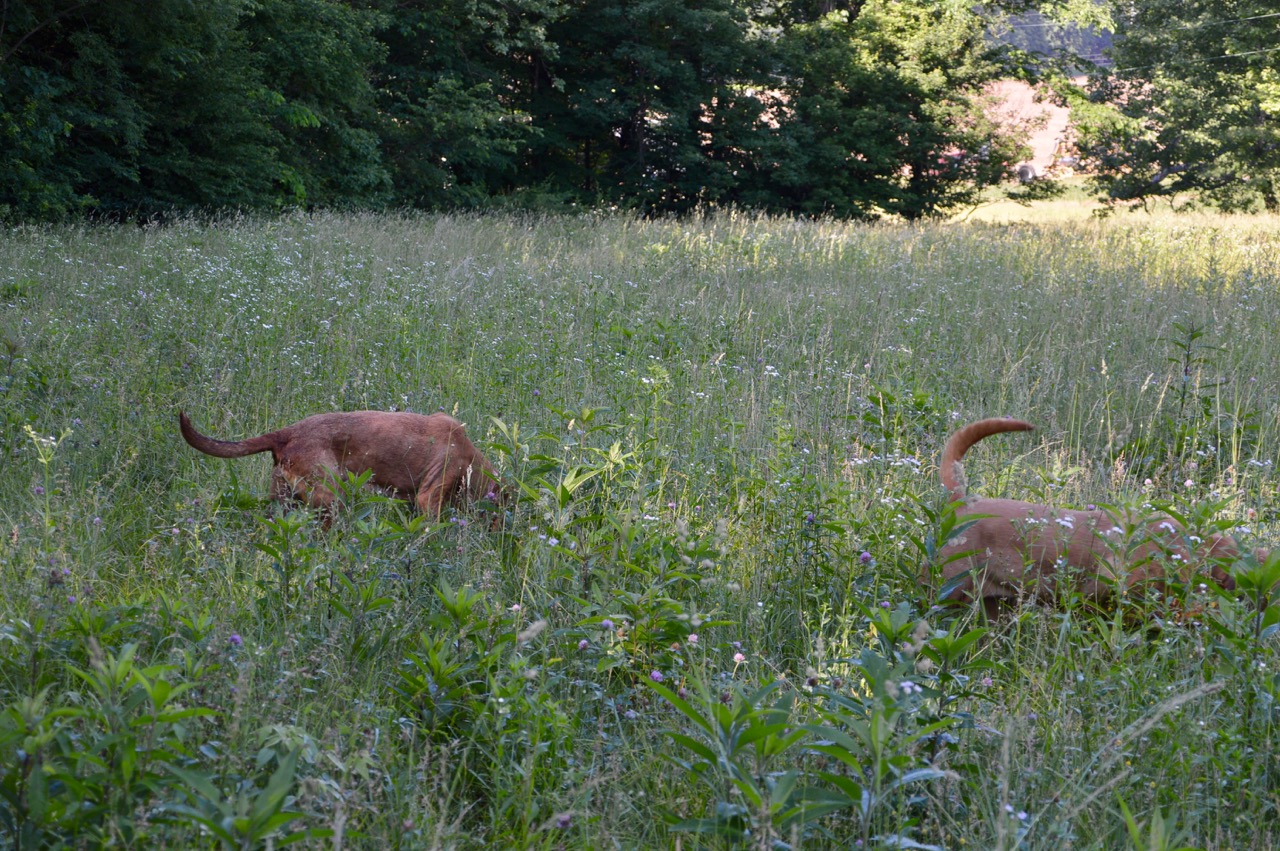 With Sadie moving in all kinds of directions, zig-zag, circular ... Stella was able to catch up with her even with her slow pace in the opposite lane I was walking in. 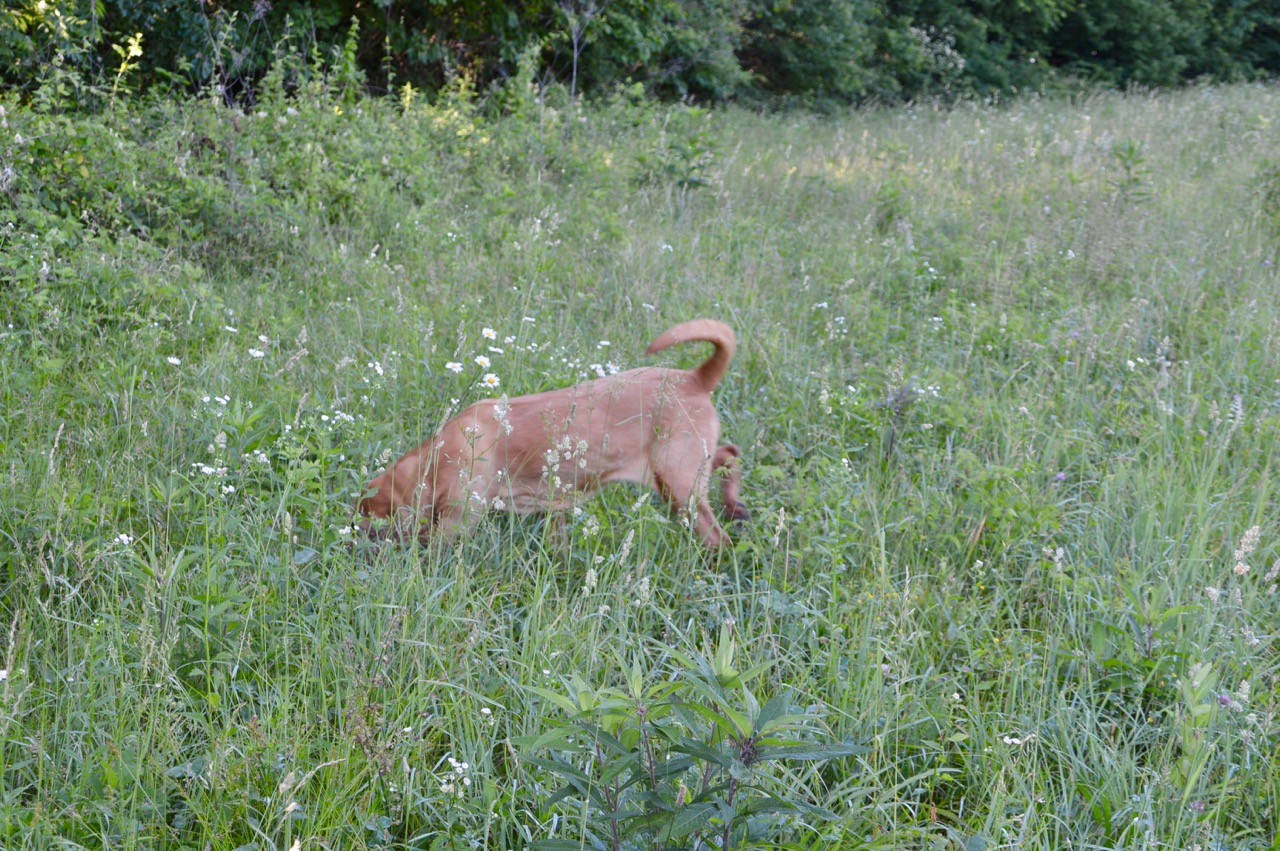 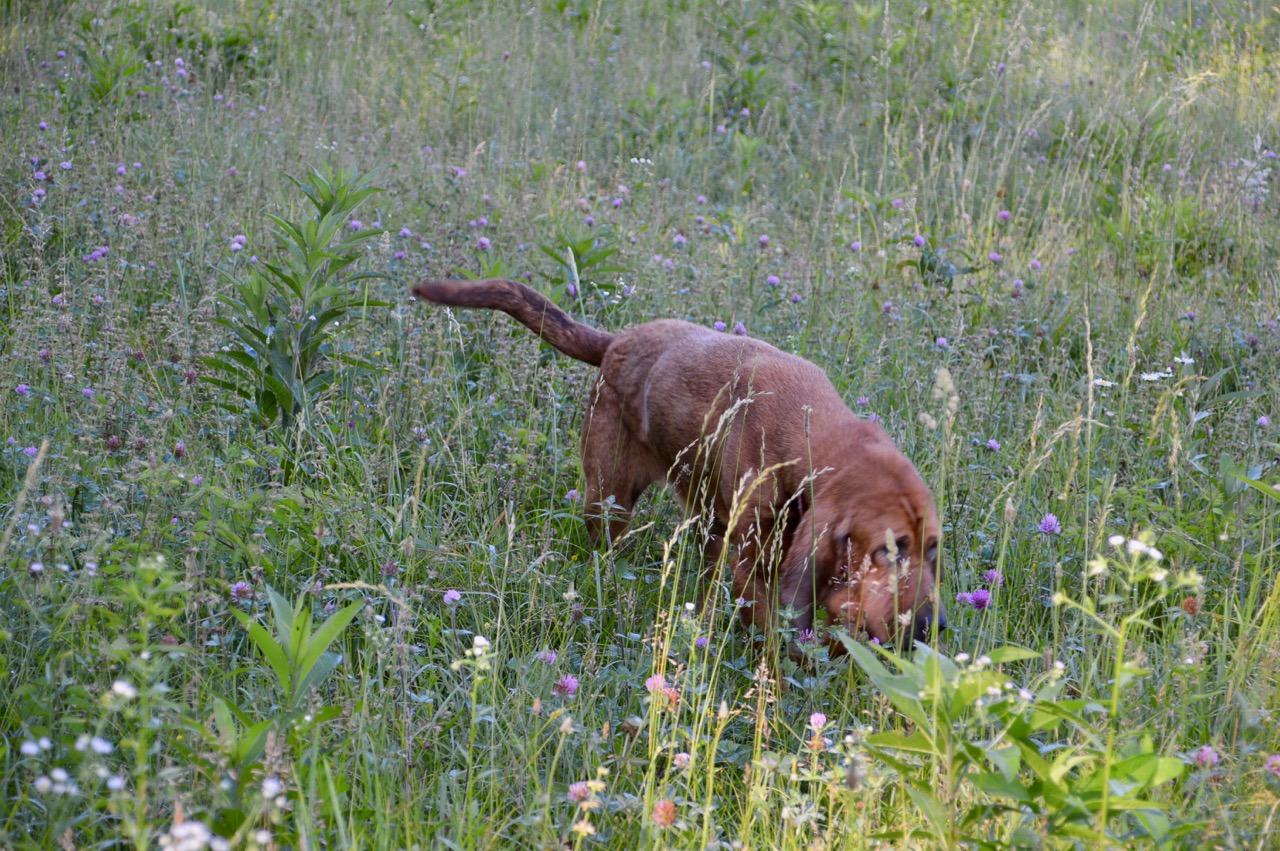 I guess she feels okay but it is certainly different than a year ago when she was the aggressor when playing, running full speed through the field and being the dominate one over Sadie. 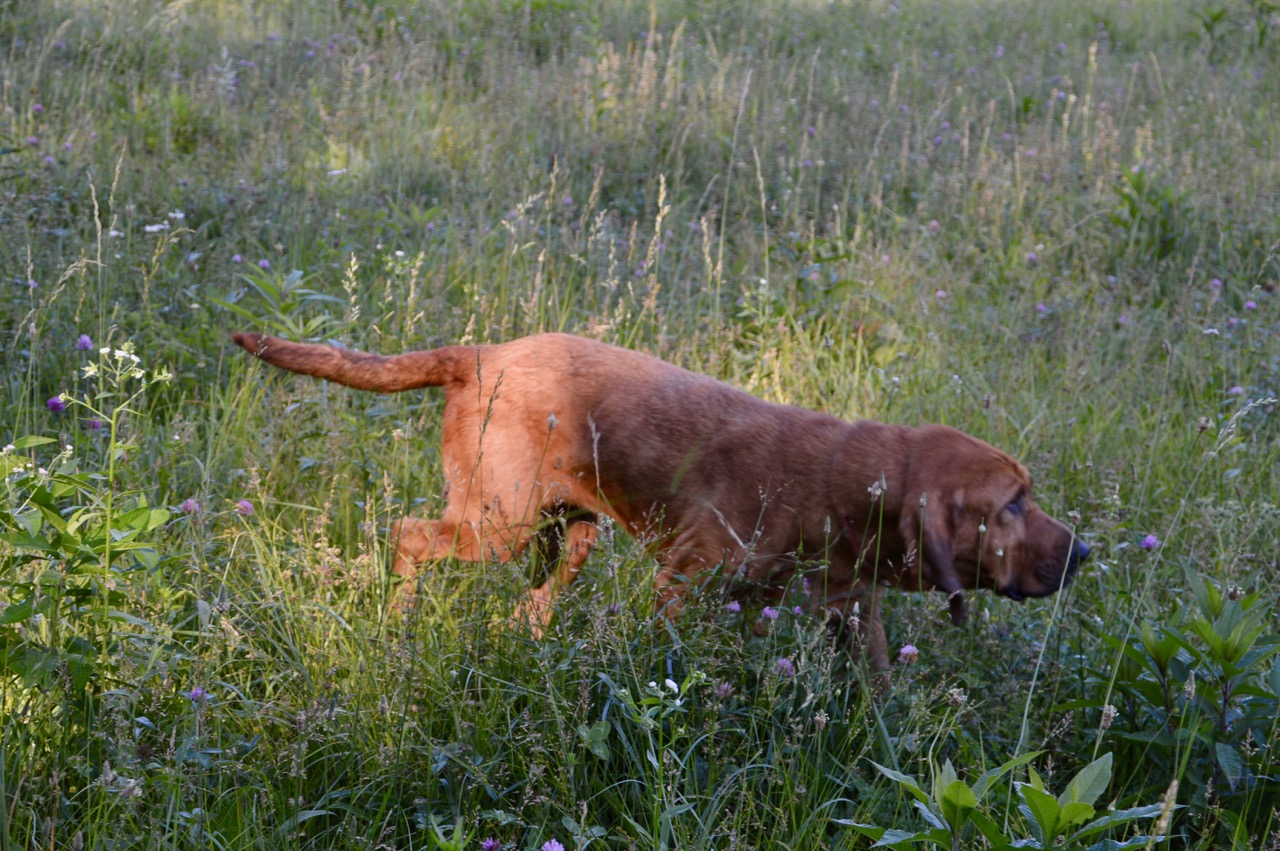 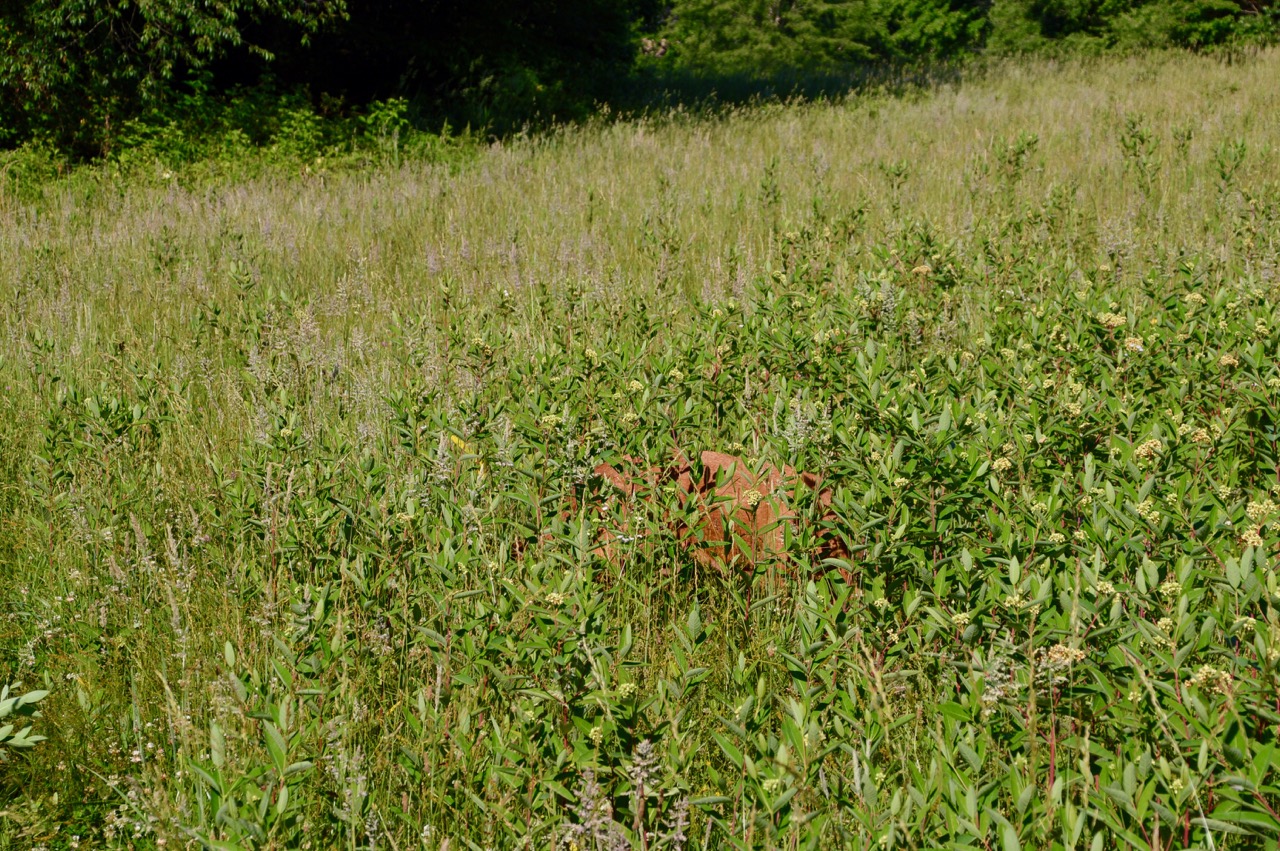 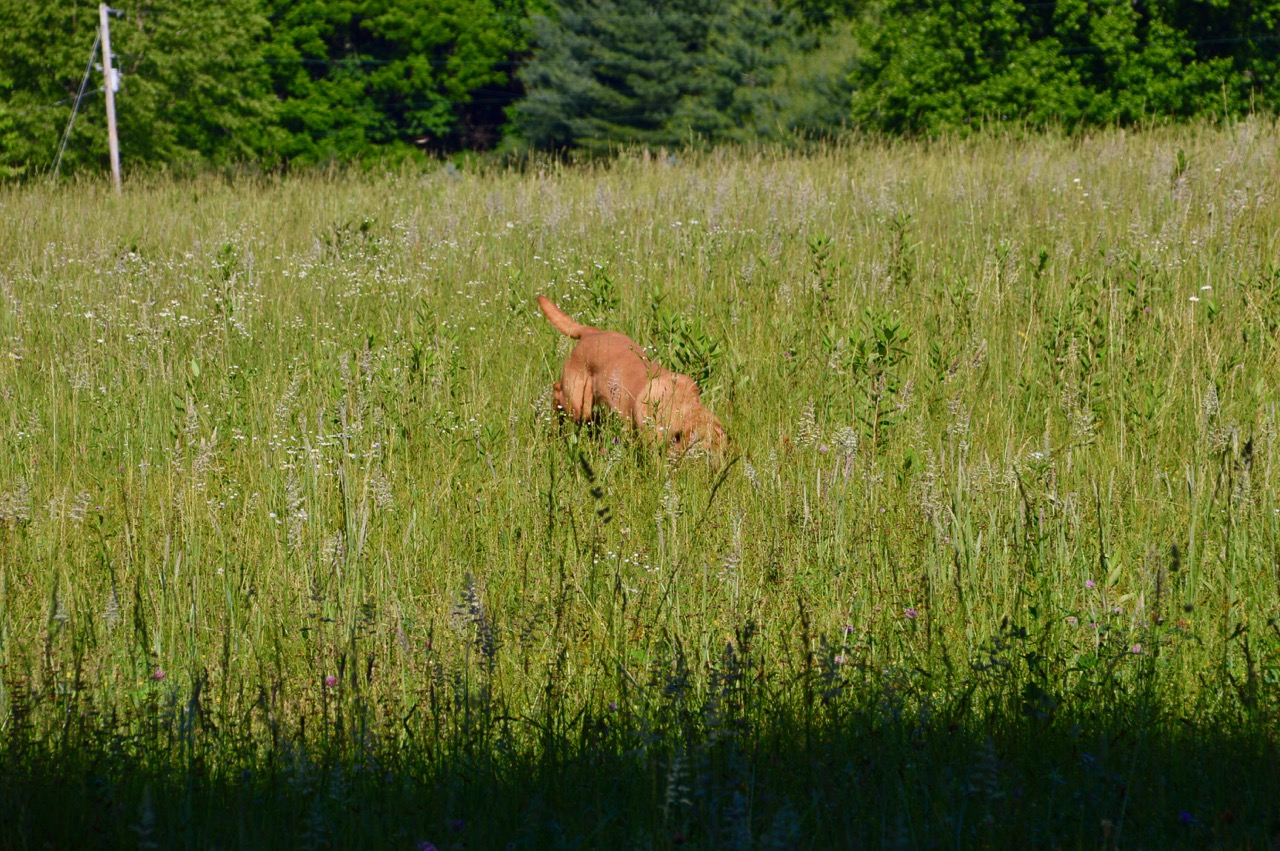 Sadie was running all over the field on a fresh scent. You can tell her speed by the rear leg kicked up and in the photo below, her ears flying in the wind. I am not sure what she was smelling but it was leading her on a wild chase. 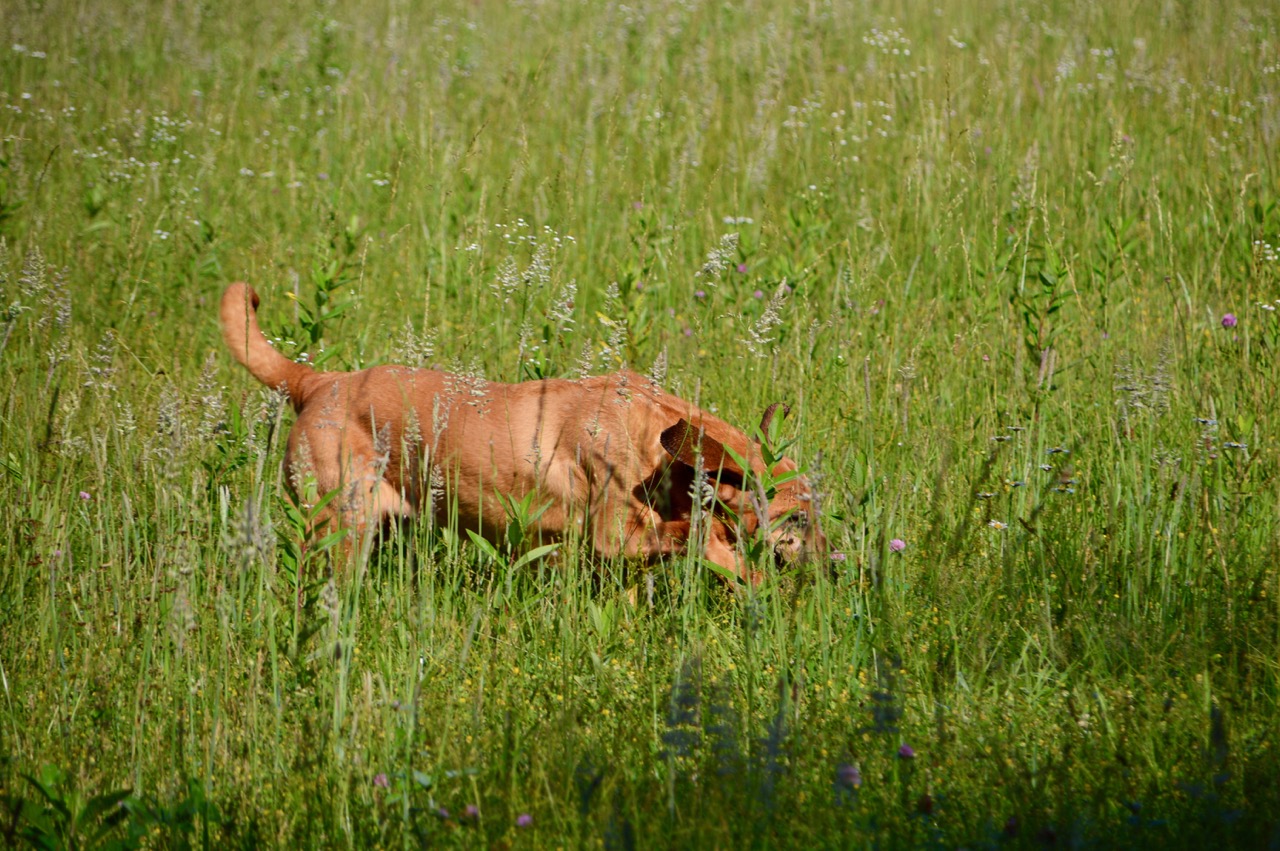 Sadie's nose never came off the ground as she ran through the field. 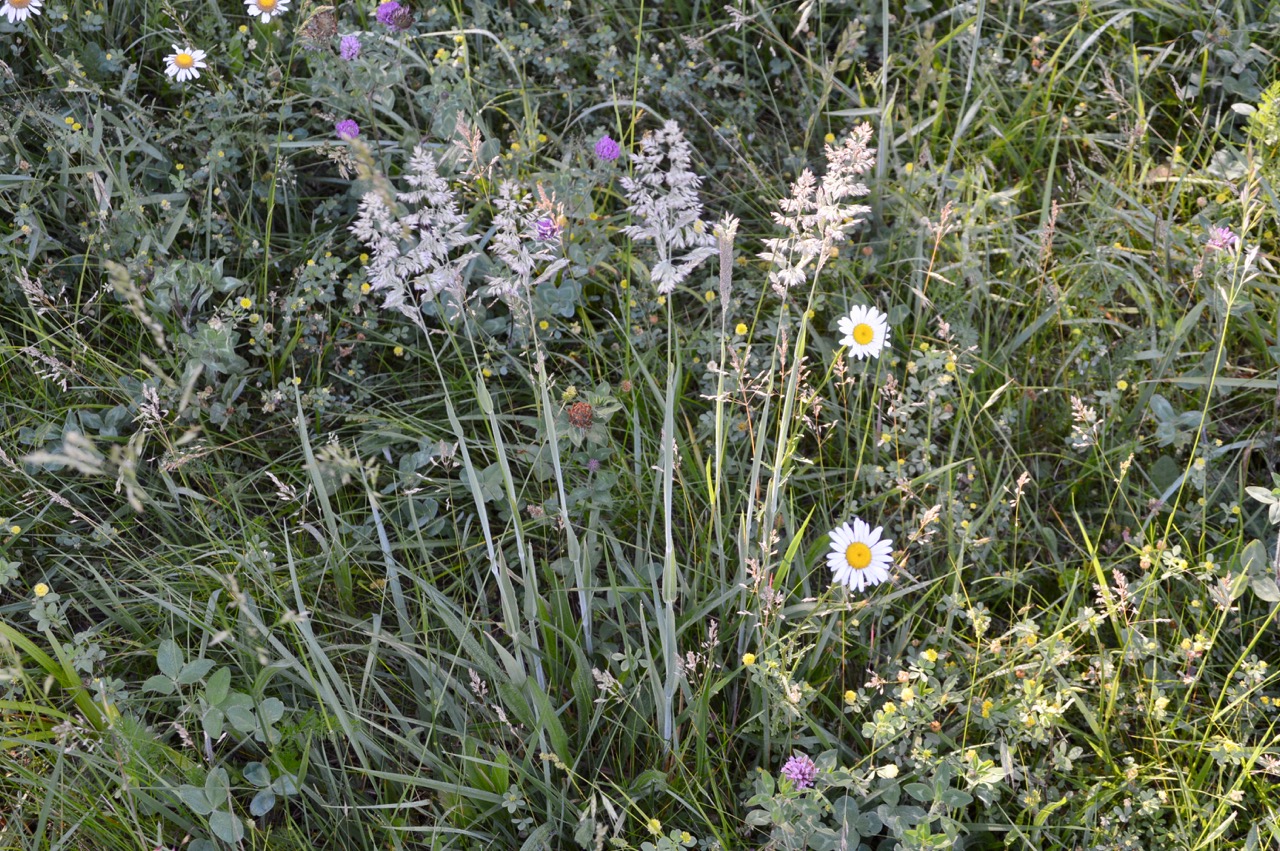 While walking and trying to keep track of the hounds there is always time to find some neat flower arrangements. 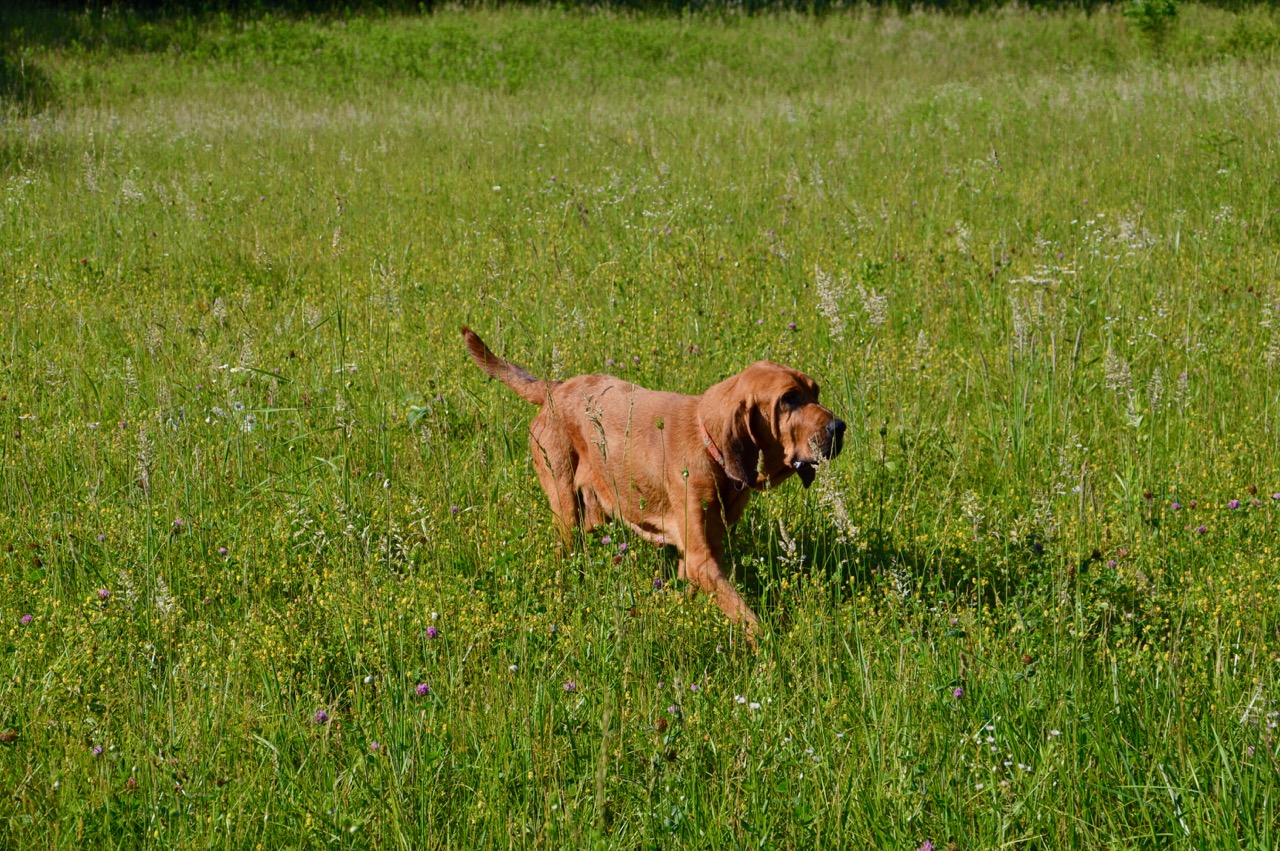 Stella was almost getting away in the opposite direction when I turned to check on her. Once I yelled "over here" she started her path to meet Sadie and I on the path heading home. I am thinking tomorrow morning I will plan to let her roam on her own after we make that first turn and let her decide how long she stays out with me within sight of her. 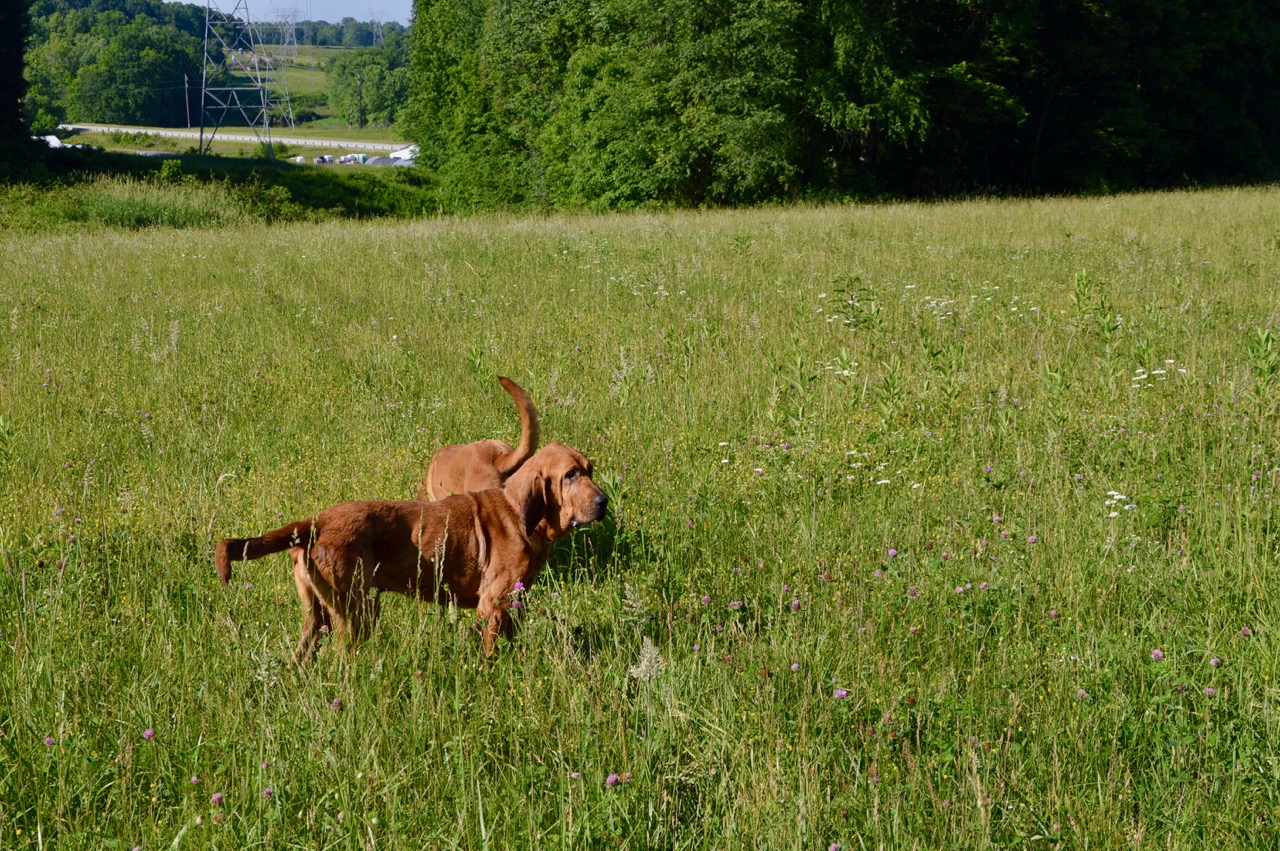 She wasn't close to my path when she had to stop and join Sadie in her search. 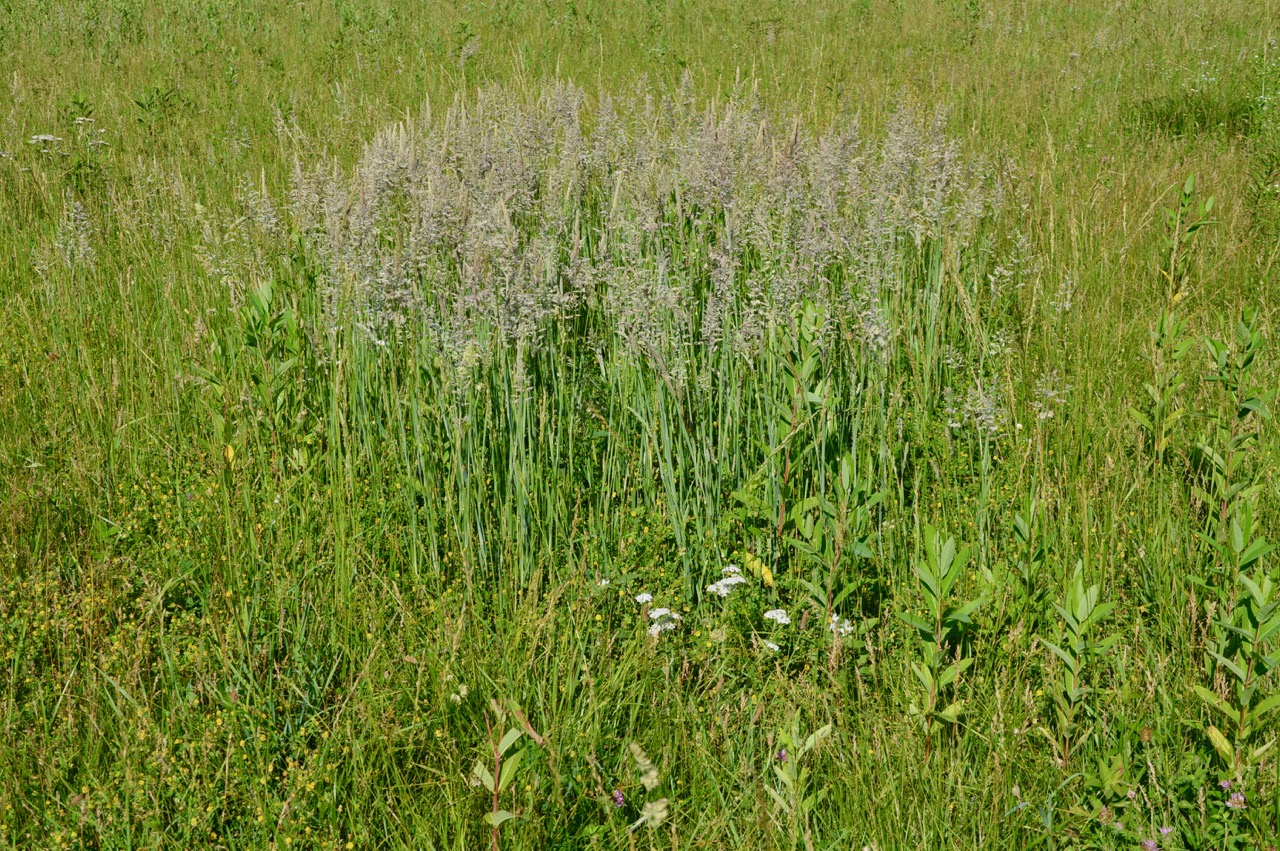 Last June, they left a large roll of hay in this spot for weeks after most of the other rolls had been moved out of the field. When they finally picked up that roll, there was a bare spot that later turned to all green grass. It is now one of the taller parts of hay in the 7 acre field. 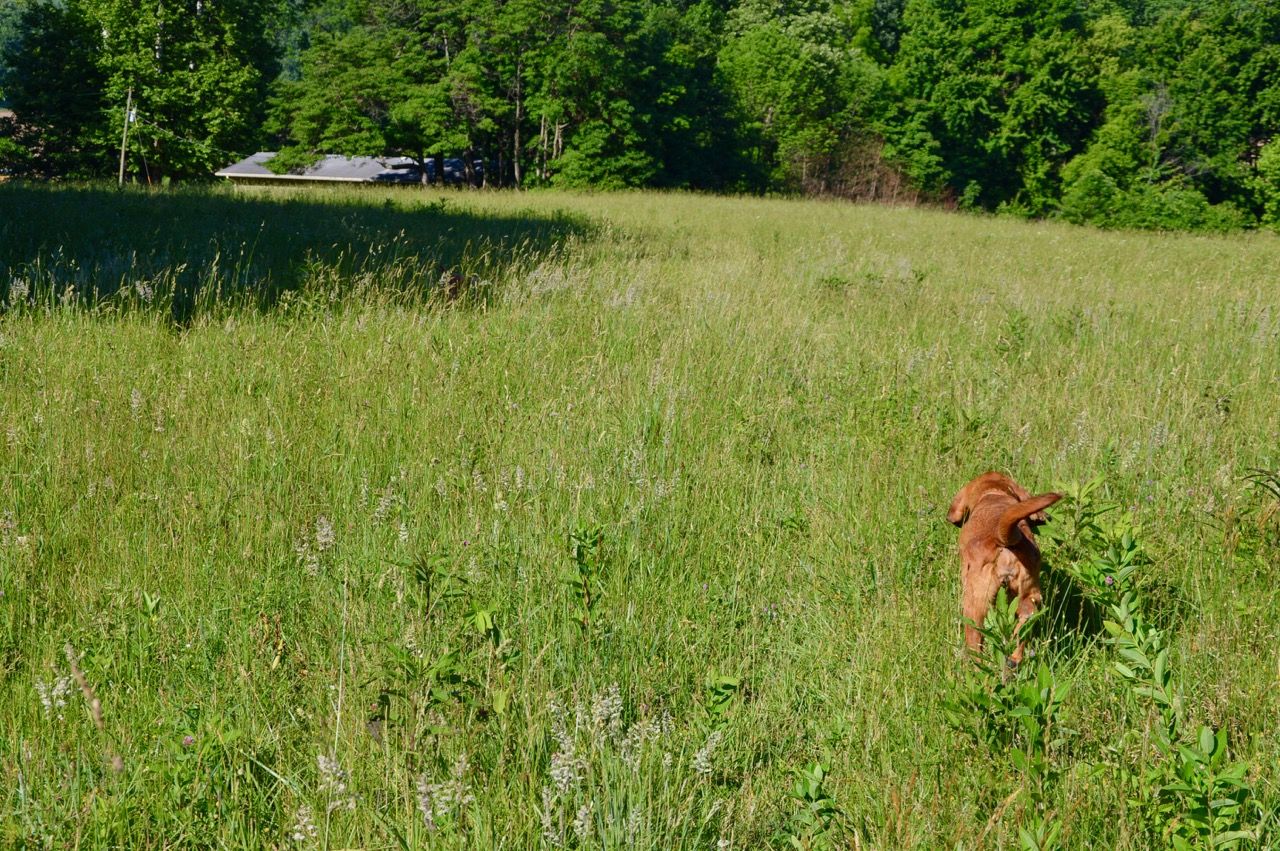 I had to extend my lens to catch Sadie ... she was running down the path which is rare for her. 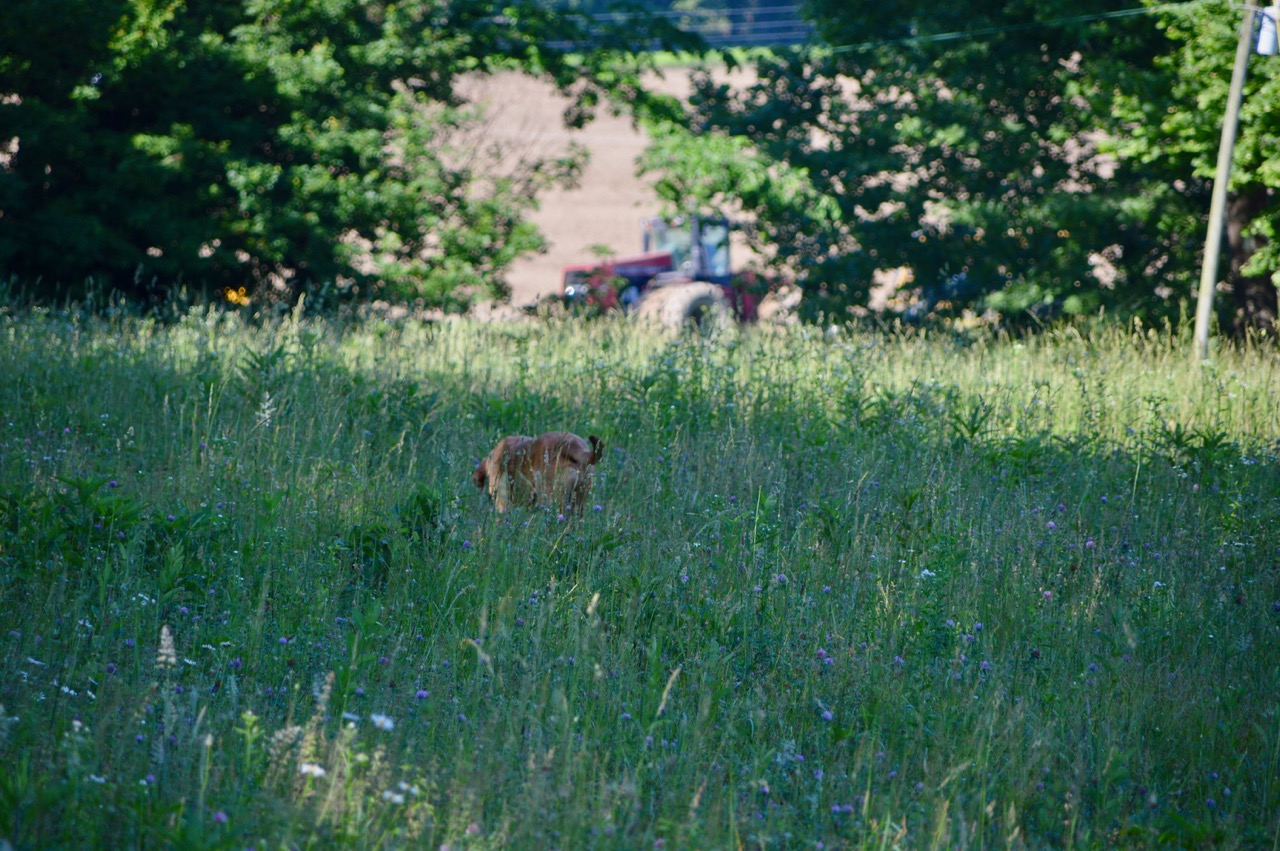 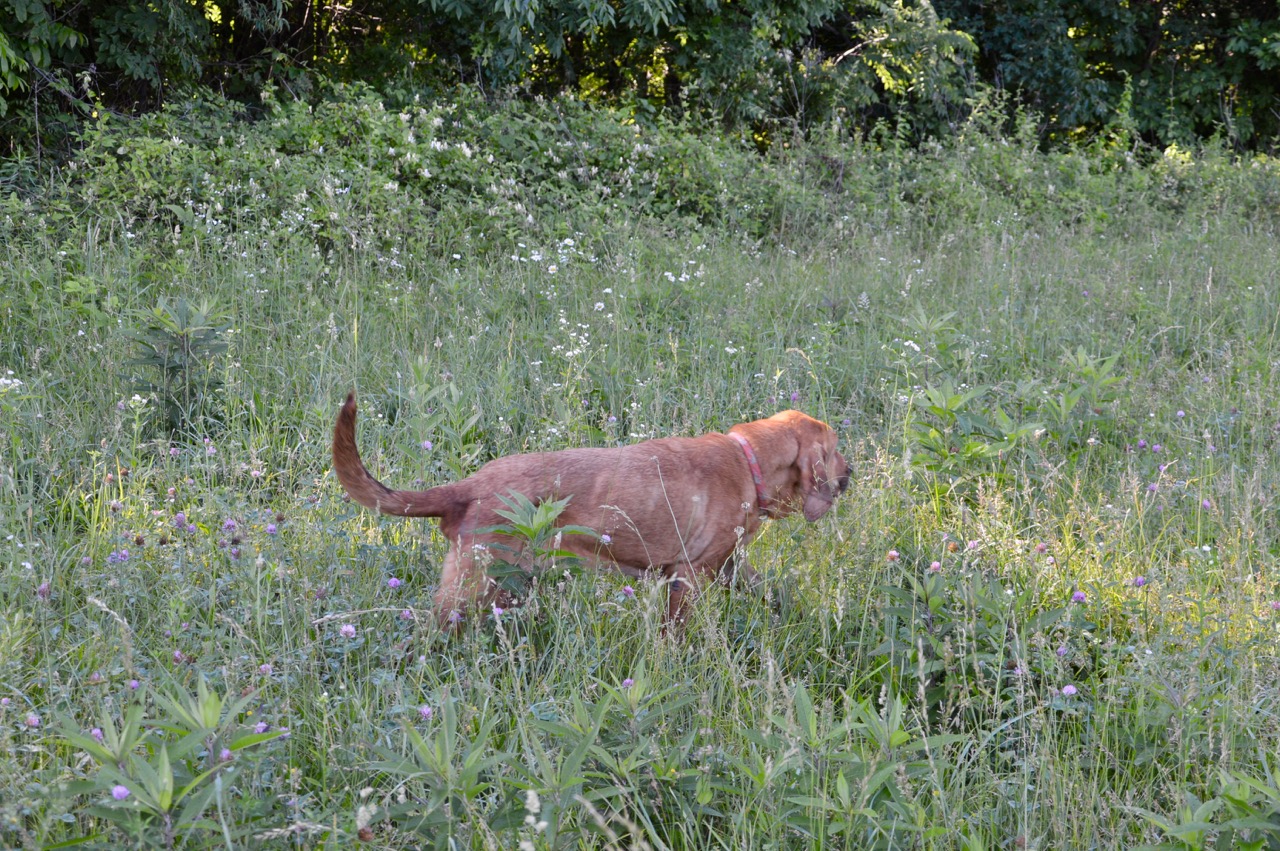 Stella and I stayed way behind, walking Stella's pace. Last year she would have been running to Sadie trying to get ahead. This still tells me something is wrong with her. Something that is not showing up with vet inspections, normal appetite and water intake. I wonder if her hips have become arthritic?

Toward the end of the morning walk I was going to pull out the power washer from the closet, sitting behind the dog food container and start the annual house, carport wash down. The Mini Countryman looked clean after the drive through the rain last week at high speed, so it did not need washed.

And the clincher ... "there is always tomorrow morning, I'm retired" ... "I could still do it this afternoon" ... "I always work best in the afternoons"

So Sadie and Stella let me know it was time for their lunch. I decided I'd unload the photos from this morning and then add more later and make this a huge blog post with too many photos. I also knew I would not be blogging again until tonight, thinking again that blogging at the end of the day is the best for me ... IF I am to get anything done during the day.

I wrote all of this earlier thinking I would add a bunch of pictures and write more this afternoon but my afternoon was so productive I just finished about an hour ago and I am too tired to add to this post.

I will just say that "procrastination" was wiped out as the hounds ate lunch ... I power washed the house, carport, front porch and the fence along the driveway. I should be rested enough by tomorrow to write a little about it and sort through all of the project pictures I took.

It was an afternoon of solid work here in 'the tropics' of Southern Indiana today.
at May 30, 2017
Email ThisBlogThis!Share to TwitterShare to FacebookShare to Pinterest
Labels: Sadie Tracking, Stella's Health