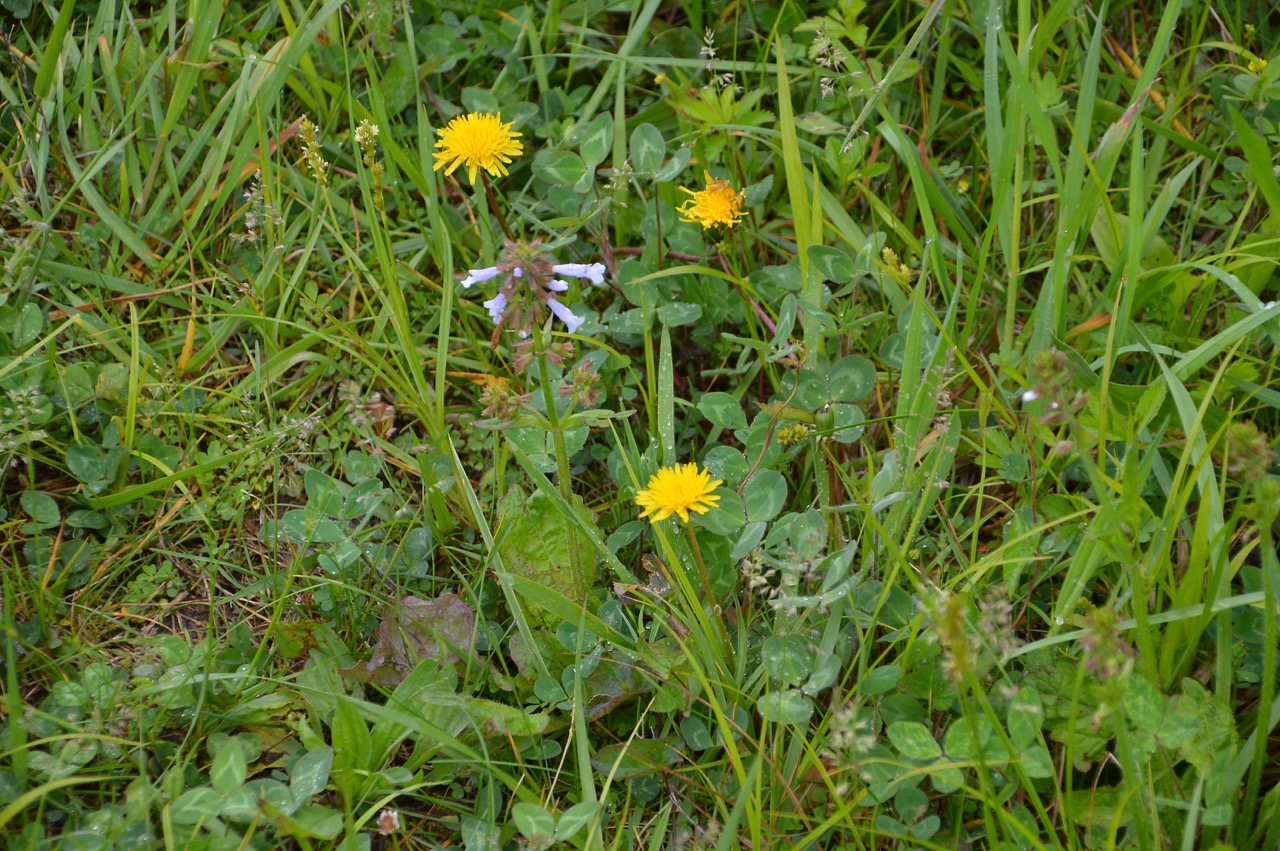 Welcome new readers to the blog of redundancy. Not much has been discussed lately beside weather, computers and of course the main feature ... the hounds. It has seemed to turned into that more than just 'lately' and is a blog that bores even me sometimes.
It was a few weeks ago when I noticed sparrows making their annual pilgrimage inside the carport to where they use to build or would try to build their nest ... on top of the old wall mounted thermometer. Once they figured out that I had removed that due to their nesting and bird crap on my cars ... they came up with a new place this year. I will let this one stay and will try to wash around it during my semi-annual high pressure wash of the house. 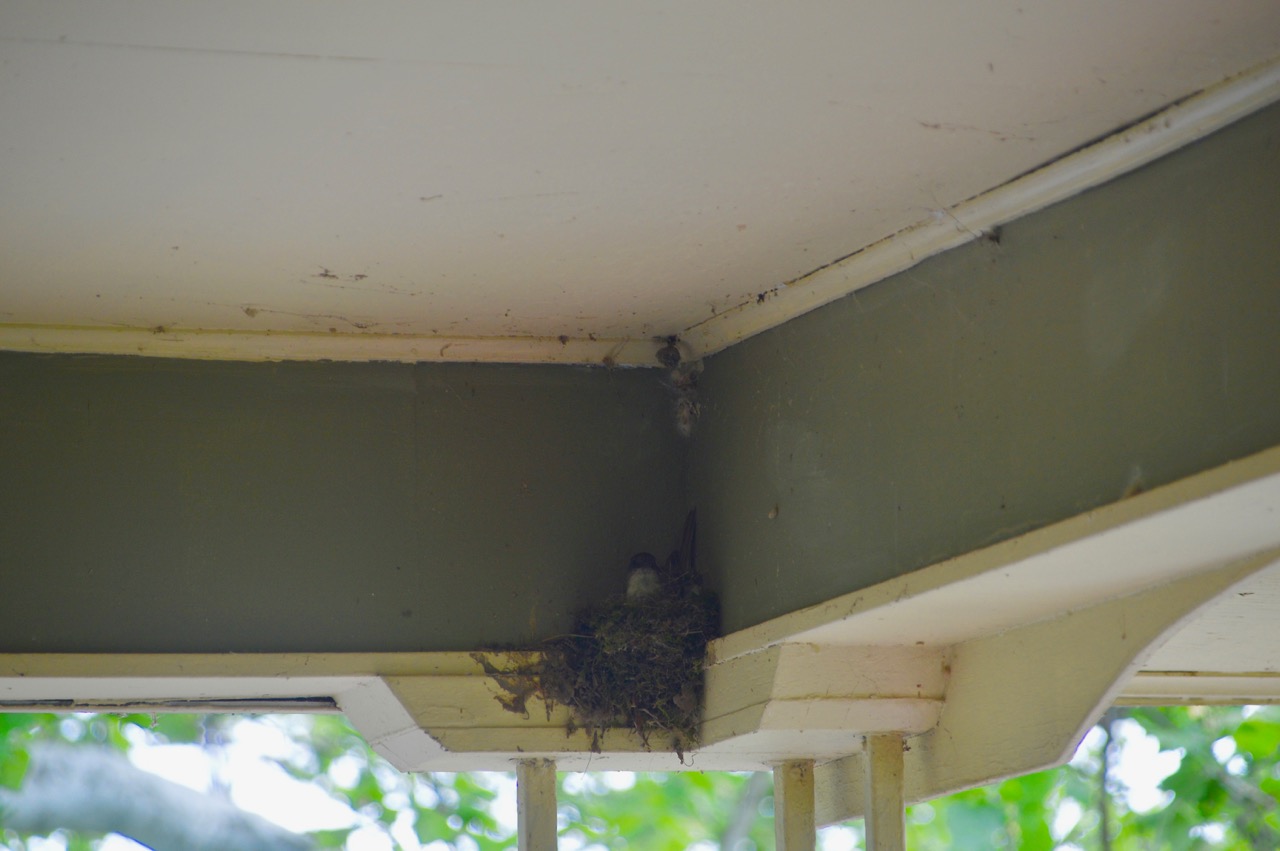 When I picked up Stella in August 2015, I knew about her severe separation anxiety before I made the decision to get her. It wasn't until I arrived after my 4 hour drive, that I was told she was also terrified of thunderstorms. That wasn't a problem because my first basset hound Harry was an expert in thunderstorm panic and I couldn't imagine hound worse than him ... once the thunder and lightning started. 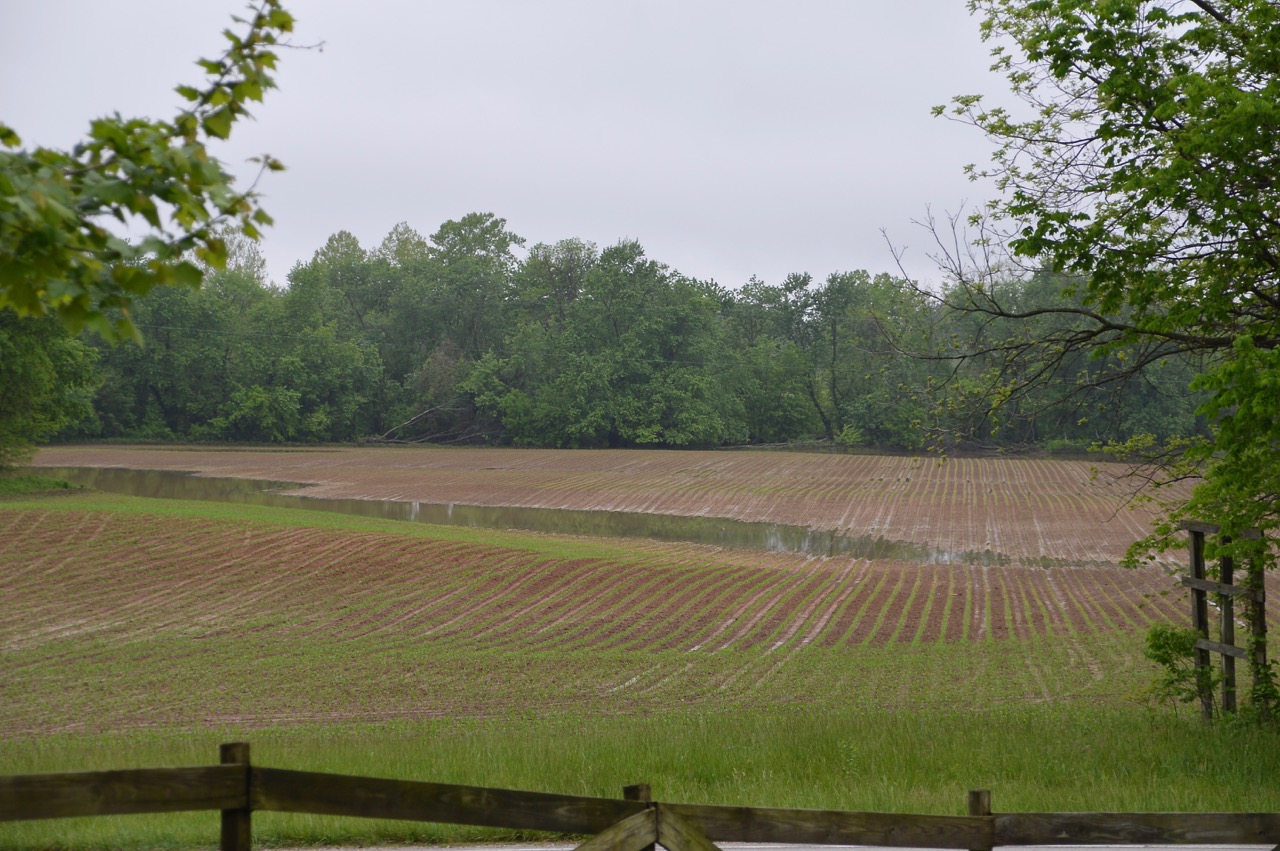 Even after a great light show from the sky and a full night of rain it was somewhat surprising to see less water in the fields than I saw late yesterday. A few weeks ago, one reader was wanting to see pictures every couple of days of the "field of yellow" that I had blogged about. I guess this picture answers the question on what will happen to them. 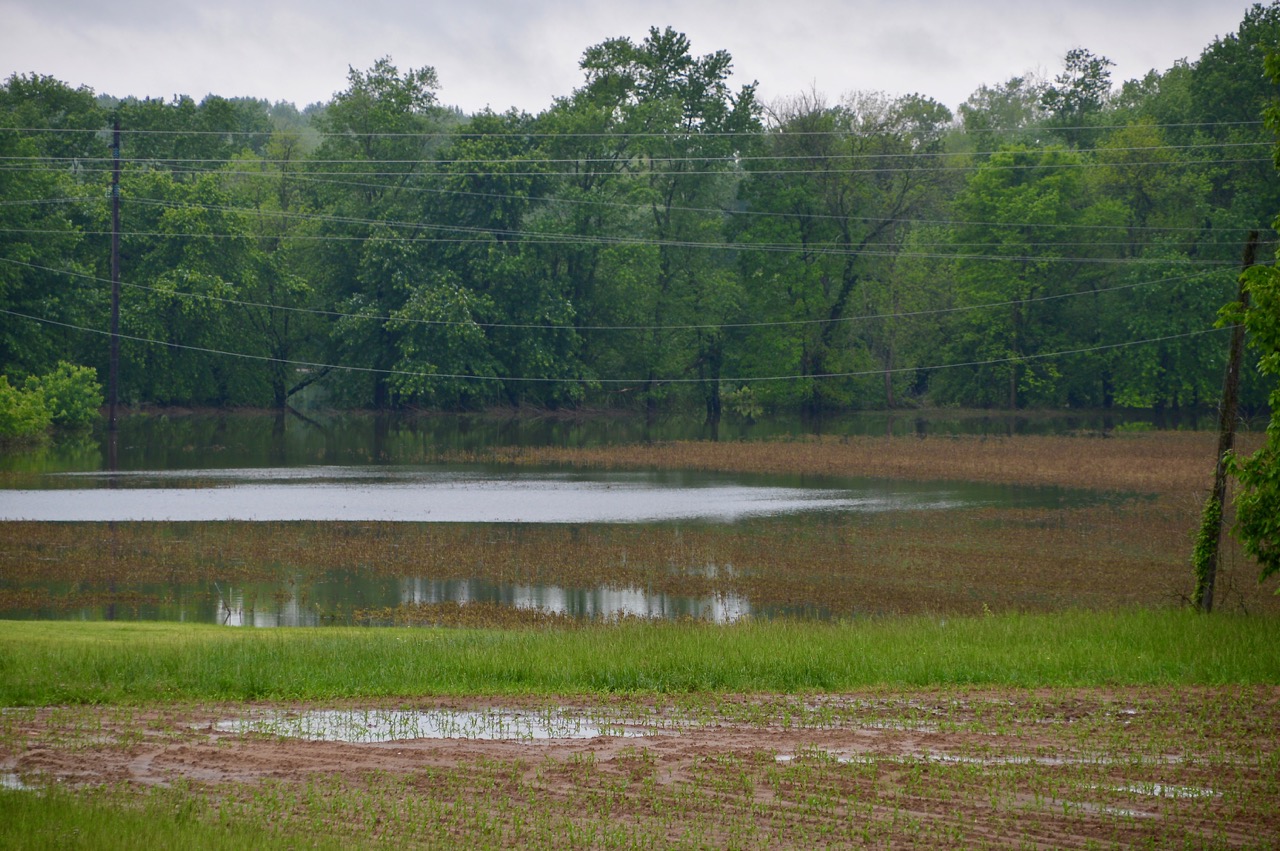 At first Stella would moan a little, pace a little when that loud roll of thunder sounded not quite 2 years ago but would eventually go lay down once she figured out she was in no danger. Click here to see why she would react this way. Last night was different though. With all the windows open and not aware any storms were on the way ... the sound of an explosion of thunder vibrated the whole house and so much lightning I thought it was inside the house ... Stella woke up and walked over to me. Once I told her it was okay, she returned back to the couch to sleep. 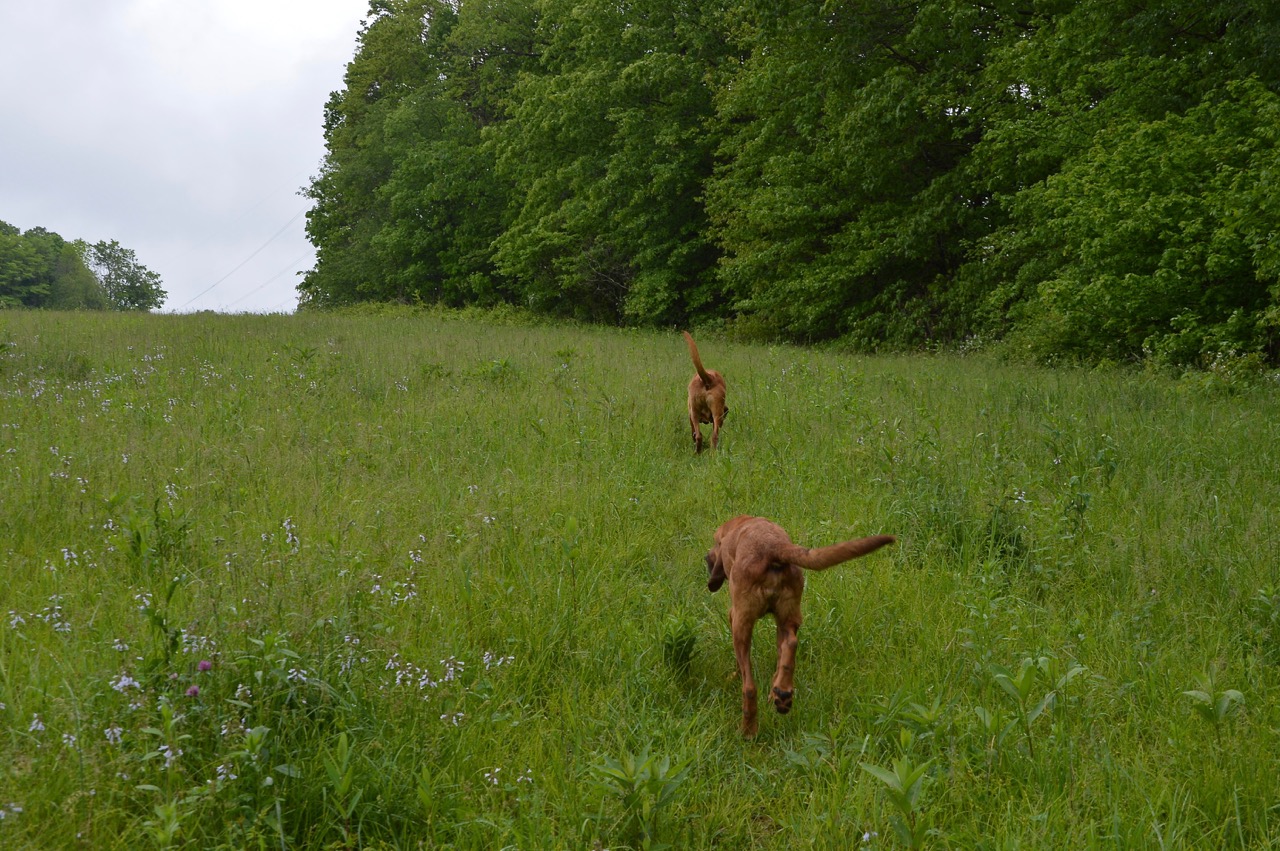 I flipped the light on in the bedroom around 4:50am after getting up for a short time and she was stretched out across Sadie's dog bed on the floor sleeping soundly while the storms raged on outside the open windows. Like last year and a few months in the year before that ... I believe that Stella has lost her fear of storms.

Last night the weather radar showed a massive storm with all the color codes you don't want to see, all north of us. We were just on the southern edge for the start of it but due west that storm was big enough to hit us with the second wave. I turned all the electronics off and headed to bed around midnight with a lightning bolt outside my bedroom window that made me wonder if sleeping in my house with the windows open was even safe. 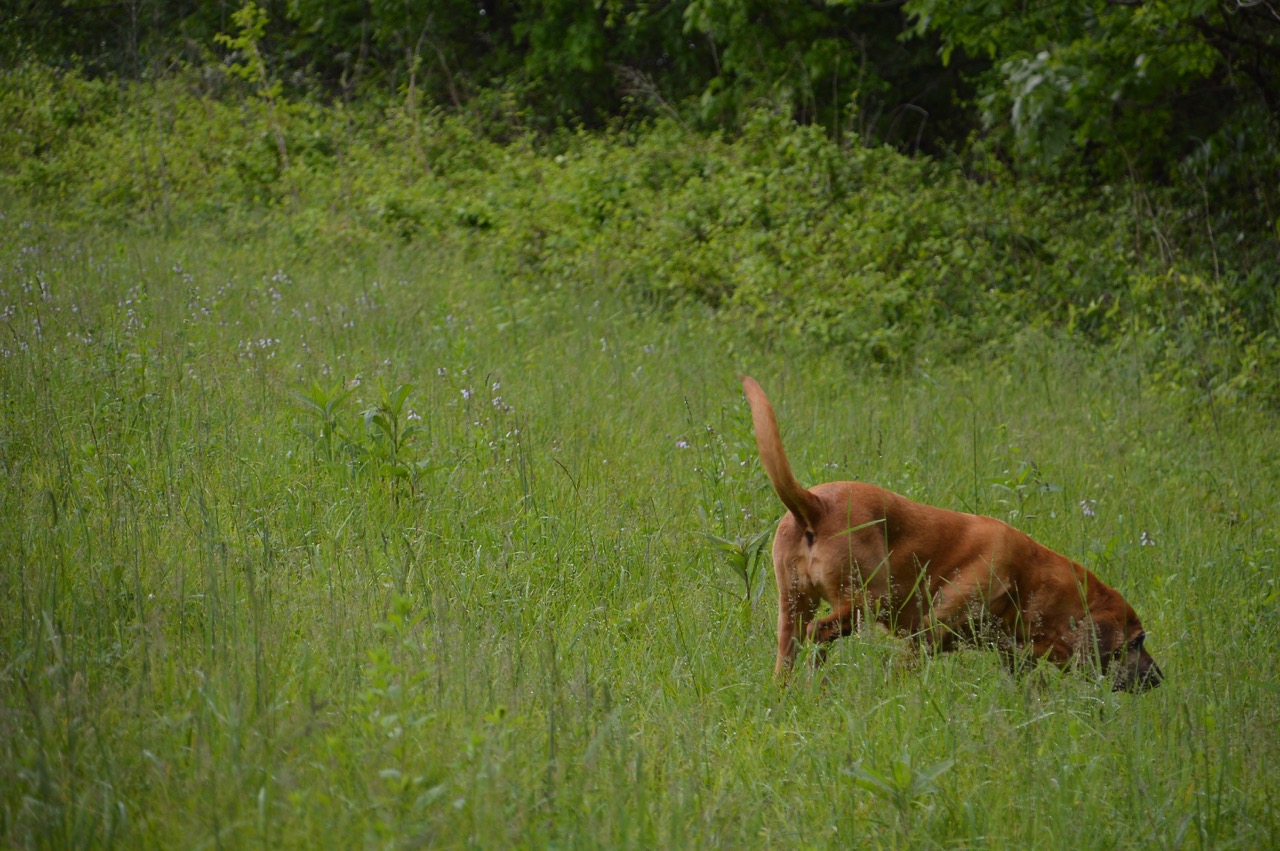 I knew the field would be really wet this morning. I was sure some of the low points of the path I walk would be under water but with my latest change to my North Face light weight snow boots, standing water is no longer a problem. As long as rain was not dropping from the sky, walk number one of the day was on. Sadie and Stella did not mind getting their legs, paws and belly wet from the taller grass. 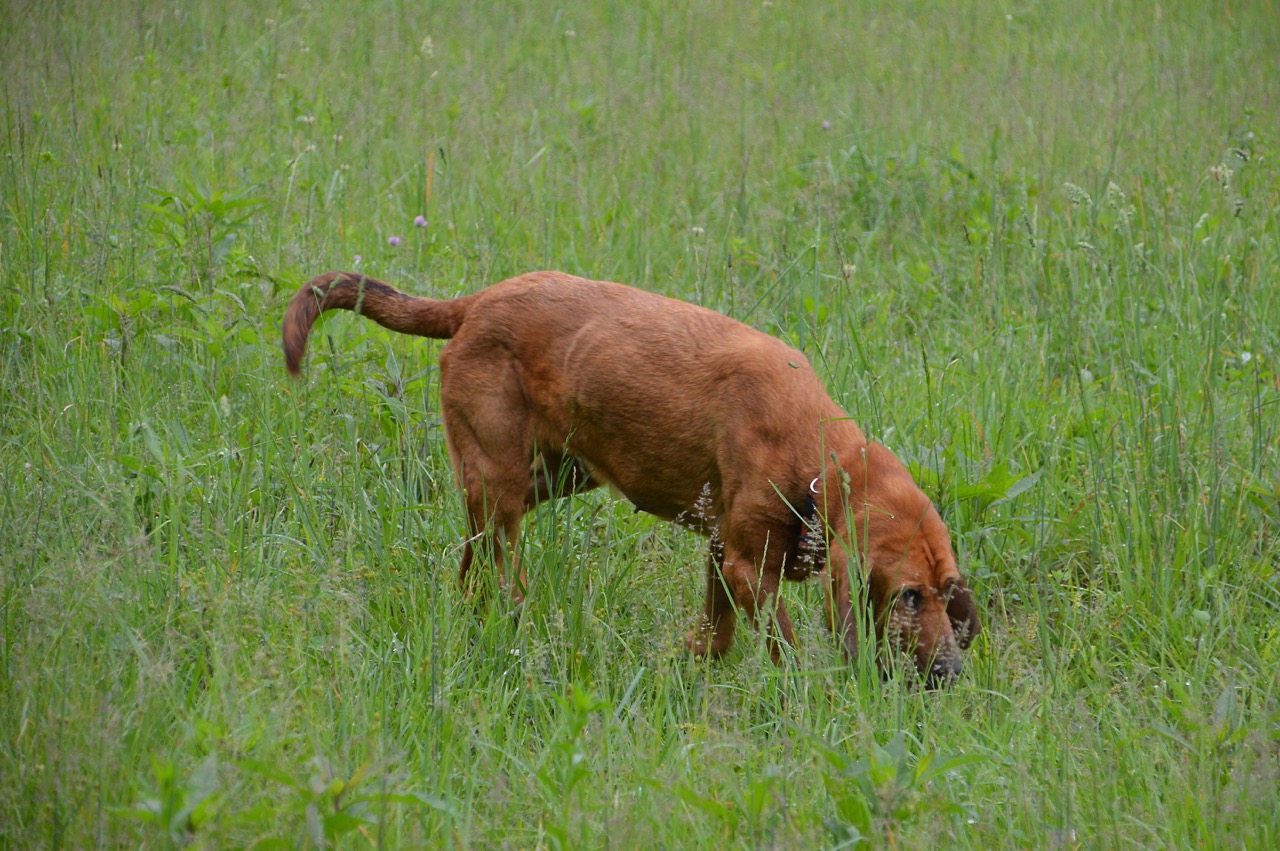 Facebook reminded me again today with their one year anniversary reminders on photos, just how great Stella looked a year ago. She has not changed since I took her to the vet a few weeks ago. She has never lost her appetite, or her water consumption and at times her personality ... just her weight and the love or running at top speed. I have to keep reminding myself that infections with dogs never heal as fast as a human. It takes a long time for them to get rid of any kind of infection they might have. Heidi is proof of that. 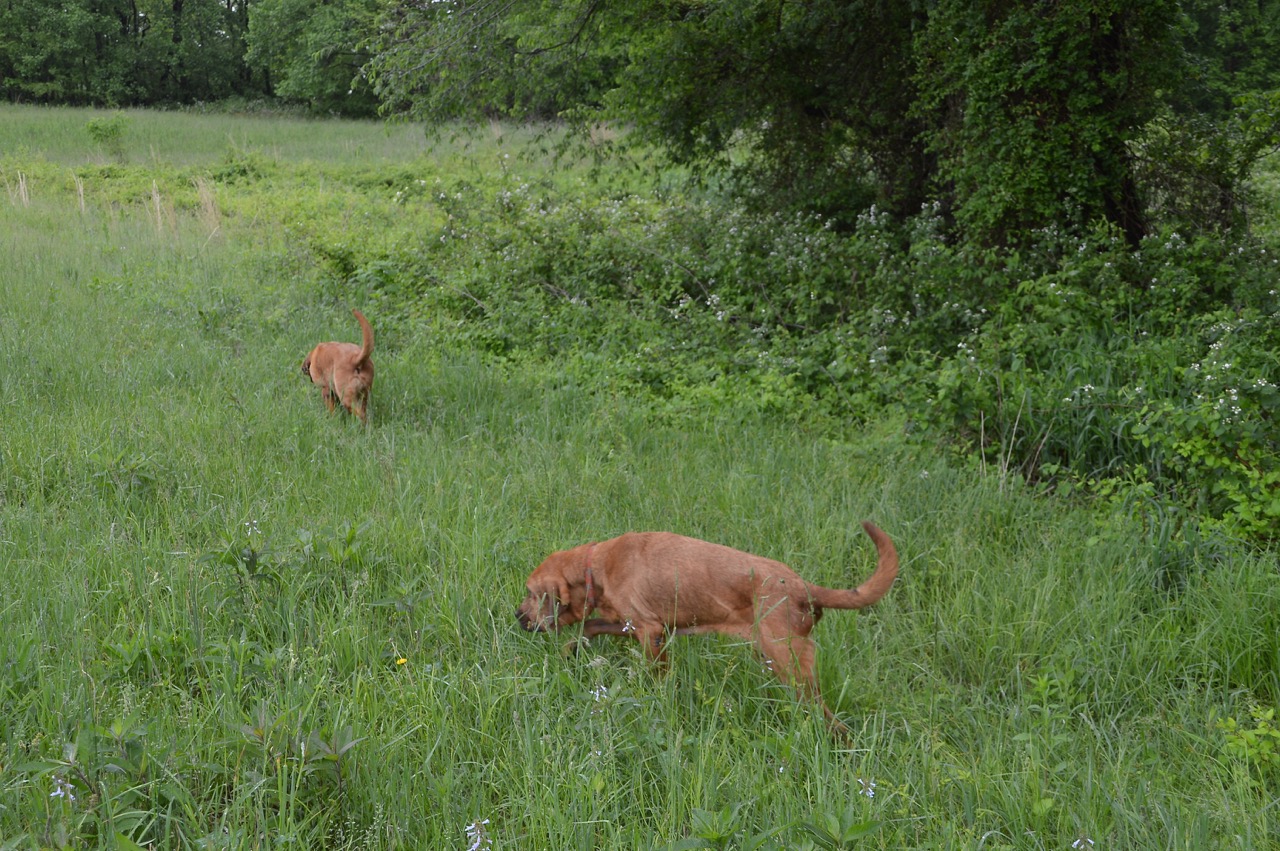 As usual the rain brought the scents out even stronger than a normal day. Both hounds seemed to be on the edge of taking off on me by the way they acted. Eating "stuff" was not their major focus today ... but exploration was. They were intense in their search.

Too wet today to head to the far corner. They both were heading that way until I told them "over here". The followed me as I made the turn to walk along the back edge of the field ... at least I thought they did. 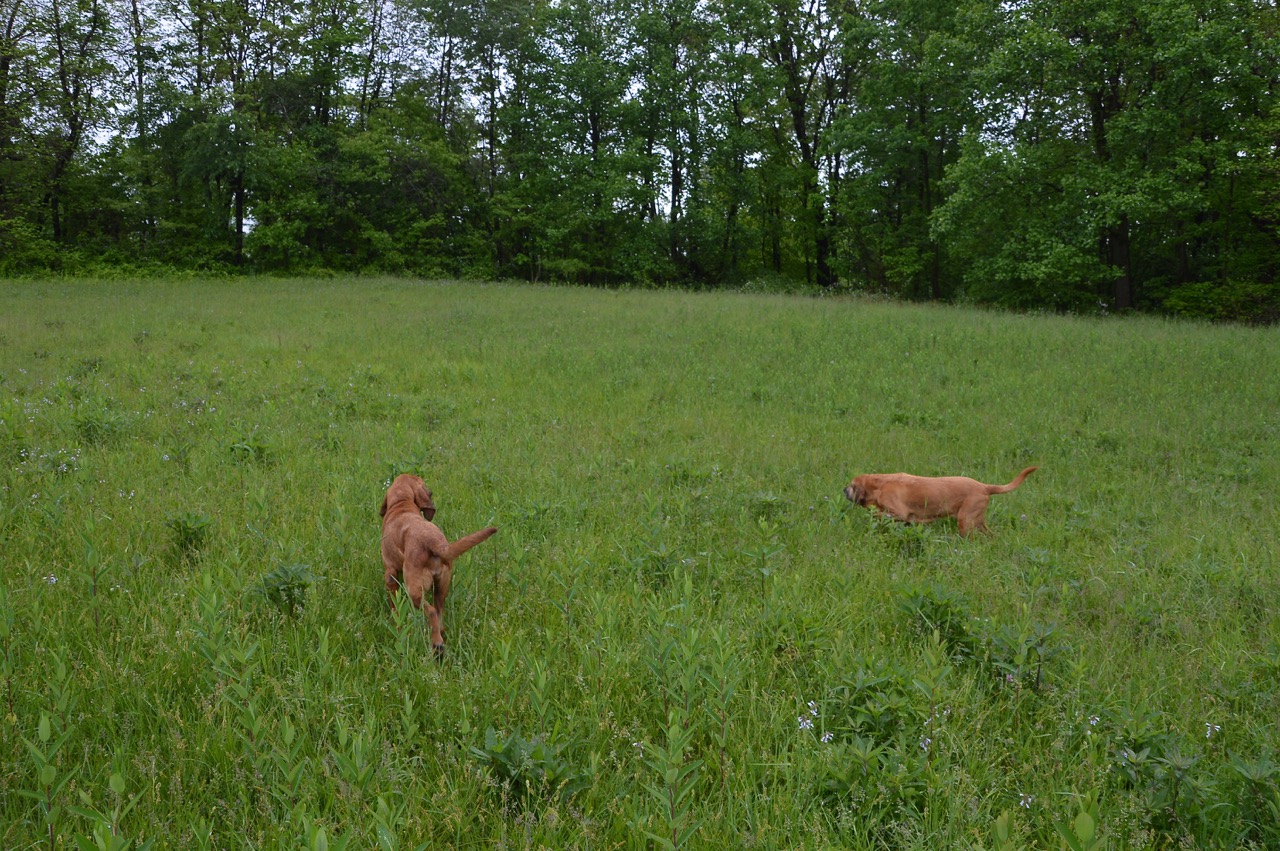 With Sadie walking just to the right of me with her nose to the ground, I turned to check on Stella. When I thought she was following me, she had turned to go into the far right corner on her own. Where Sadie won "the most obnoxious hound I've ever owned" award years ago ... Stella is a clear winner of "the most stubborn hound I've ever owned" award and no current nor past hounds are even close to winning that award. She is so head strong. 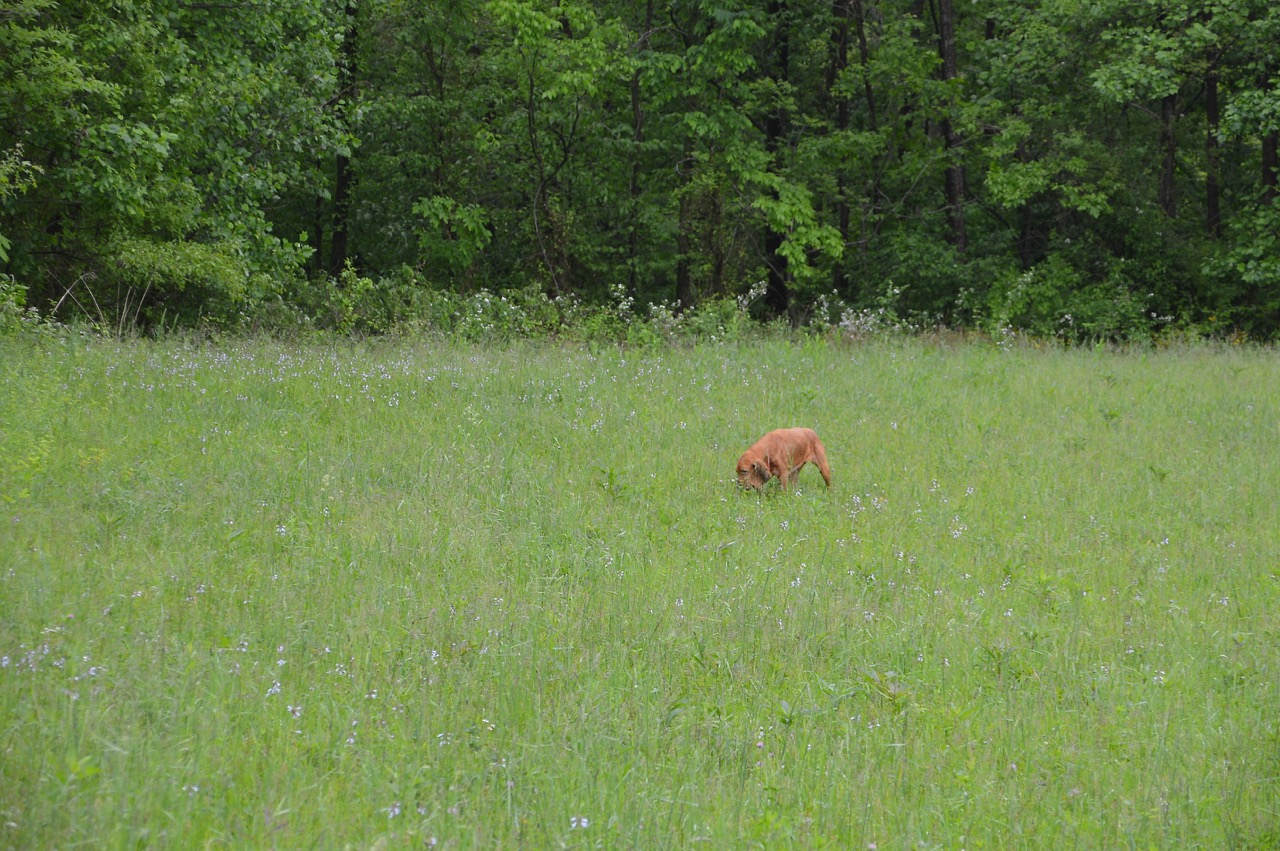 Yet, she turned and headed my way when she heard me yell "Stella, come on". I swear sometimes she is here only to drive me insane. I will admit though, retirement living would be quite boring if she was not around. There is not one day where she is doing something hilarious that makes me laugh and mumble to myself. She really is a great bloodhound and keeps things moving around here. 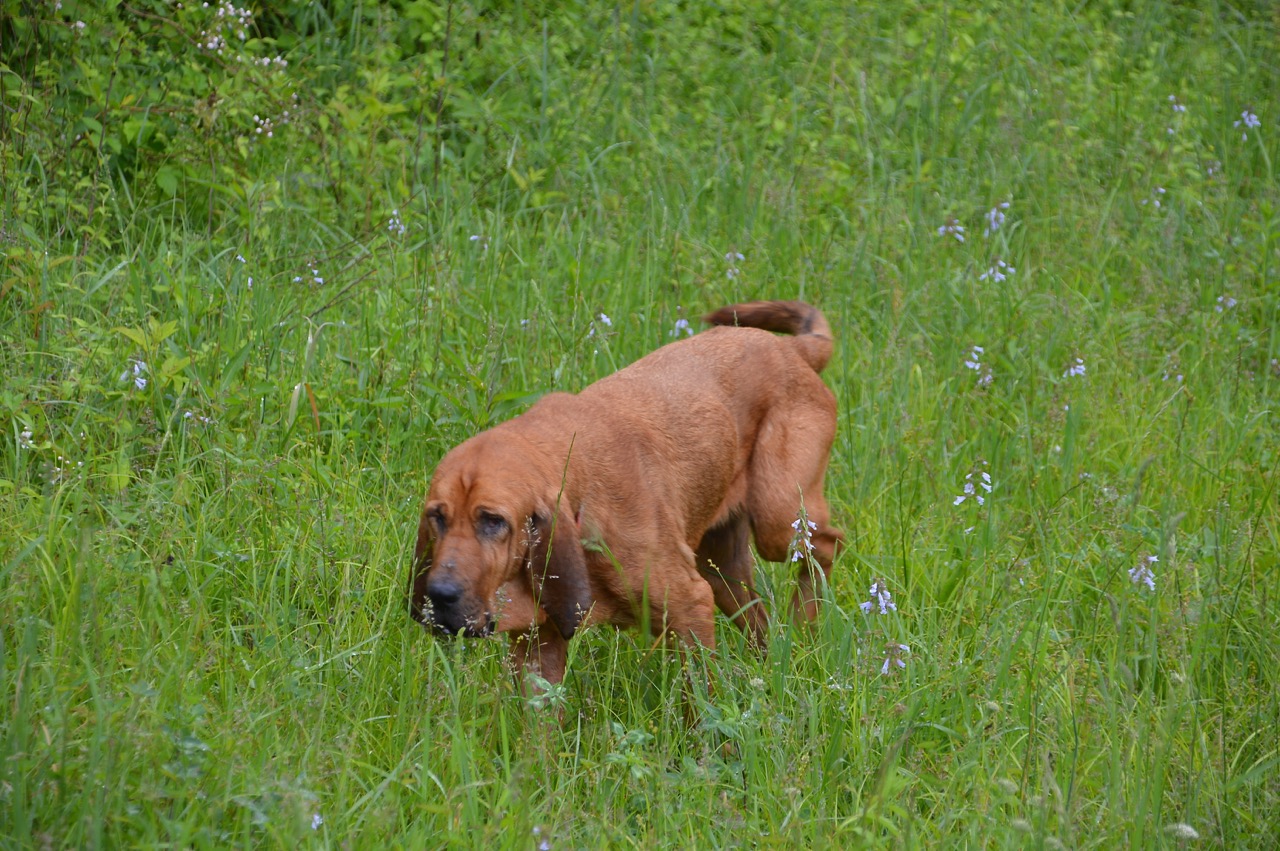 Sadie took off into a fast trot toward the 'no-fly zone', it was fast enough I thought she was gone. Stella didn't follow her and followed the path slowly right around the turn and headed for home. 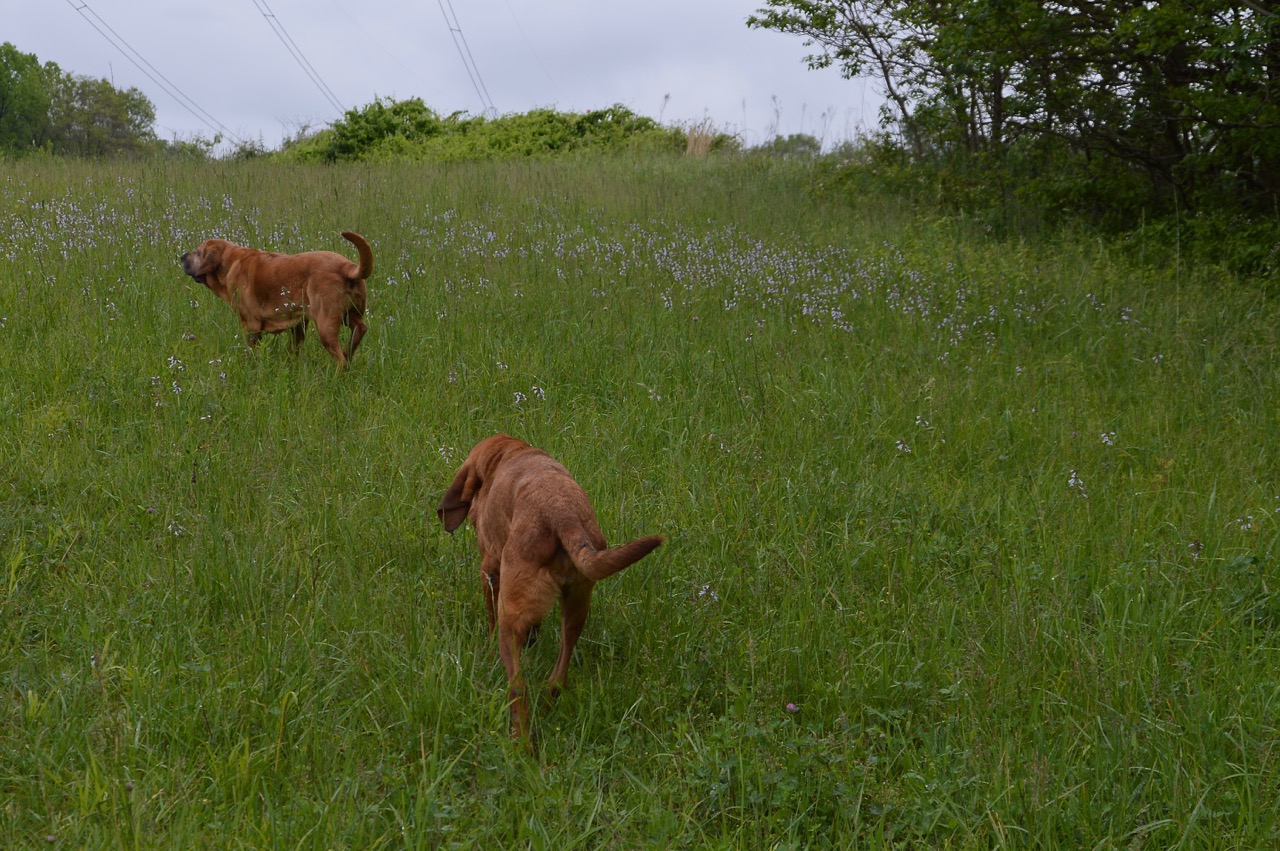 It is not hot and humid yet, but it's one of those quiet cooler overcast days. Our routine will not change much of course but I might be giving Heidi a bath later on. She let me know she wanted one as she rolled on her back last night before I could pet her. She came with long toenails, she still has long toenails and I will cut them again as short as I can. It doesn't take much before I can see I cannot cut them any shorter. 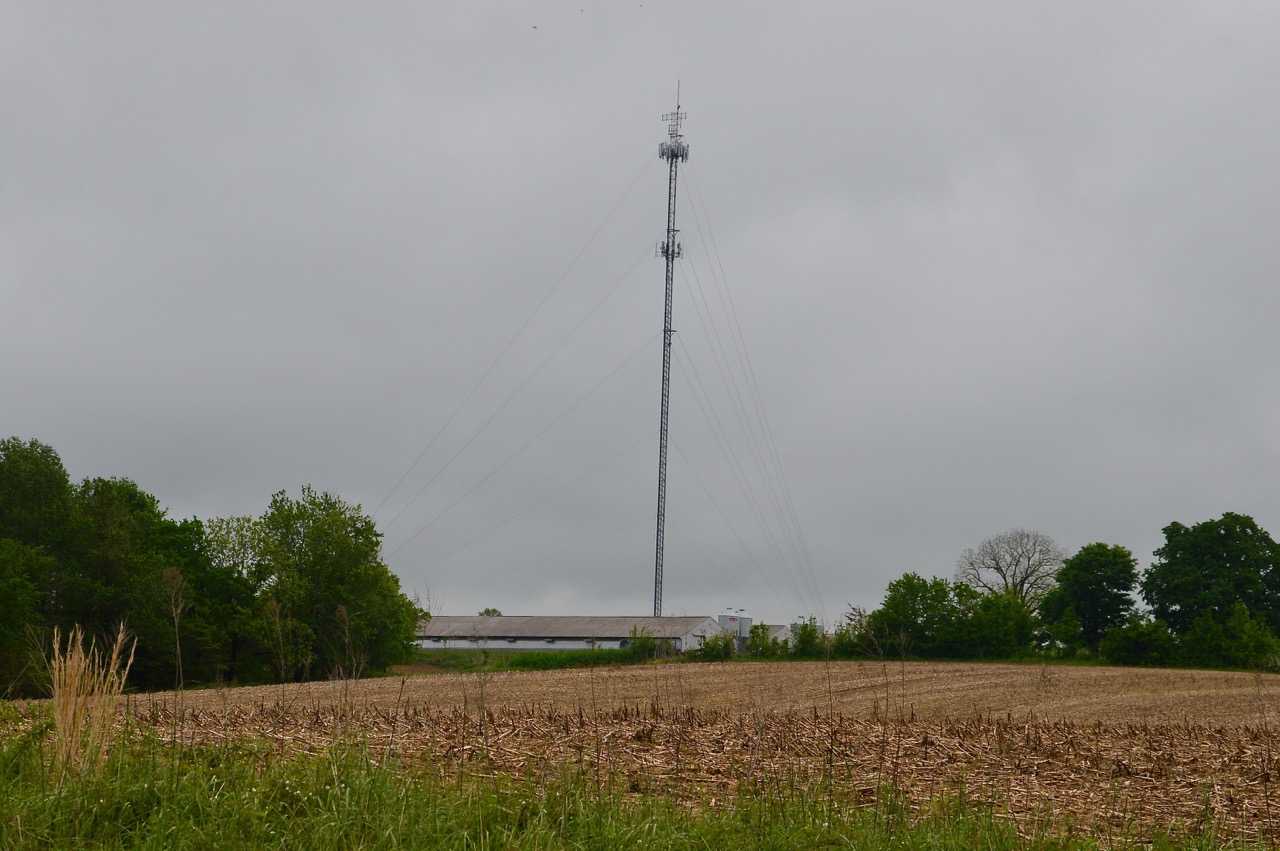 I have a lot planned on my 'to do' list once it is hot and sunny. I high pressure wash the house and the carport floor every six months. Living close to these fields makes this the dustiest place I have ever lived, covering 4 different states. I also have my own Rug Doctor carpet cleaner and I do that every six months but only when the temps are in the high 70's and its bright and sunny outside. It dries faster in that hot weather.

Either tonight or tomorrow morning I am going to take Stella back to the vet to check her weight and hope for a few pounds difference than a couple of weeks ago. I am also going to request them to give her an in-depth blood test. If she was puking or lost her appetite, had diarrhea or was lethargic I'd request an x-ray but so far in those areas nothing has ever changed. 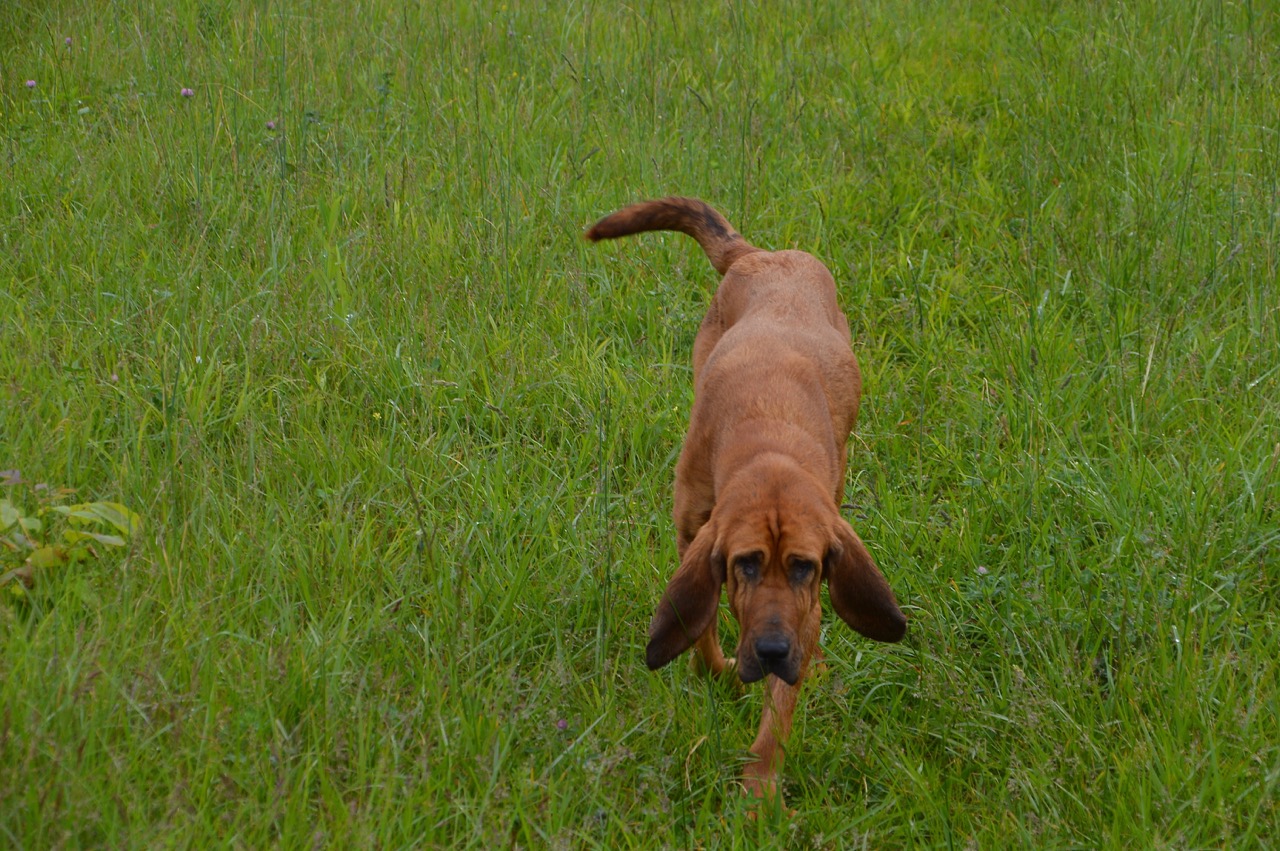 As we get closer to home, every walk Stella will always stop and glance over at the neighbor's wooded area to see if that big yellow field cat is around. I assume that is who she is looking for by smell or listening. She is never in a hurry to get back to the house. 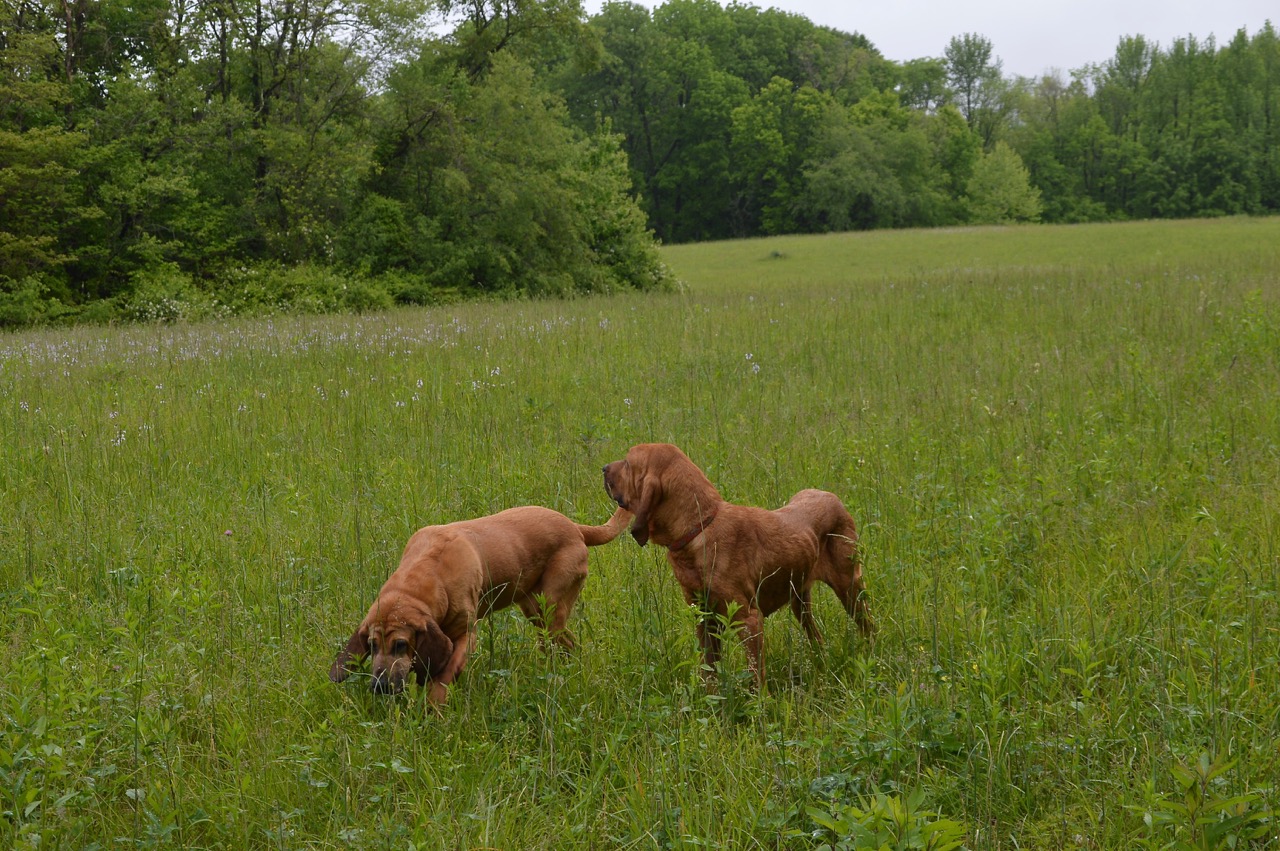 I don't want to beat a dead horse and I'm sure many of you are tired of hearing about my computer, but I just wanted to say the new setup is working fantastic. I am happy with the choice I made of using the laptop as my main HD, connected to my large monitor.

To start getting those 160 Mahjong games back under three minute completion times, I ejected my two external drives and pulled the four connections from the sides of the laptop (convenient) and moved to the kitchen table to use the smaller 13" screen and the built in touchpad. I played my first 40 games and finished them below the 4 minute mark and a couple under 3 minutes.

I am also very very happy with my change to HughesNet Gen 5 satellite internet last month. It is faster than what I had, although I read yesterday that Exede is launching their new satellite into space in June. I expect to see a deal of all deals with a "come back" email in my inbox soon after that launch.

I watched my HughesNet data counter last night and exactly at 1 minute past midnight my new 20Gb of monthly data started. Their data counter has also been equal to my computer Activity Monitor count, before with Exede there were differences at times because "we haven't rebooted the system yet". Then this morning I was sent my new invoice for the billing period. After taxes it was $14 less per month for the next 12 months with more data and 4x faster upload speed.

I am still waiting to hear for some feedback from you telling me if you like multiple posts per day or just prefer one per day with over 20 photos to scroll through. When I do post more than once per day, do you see the earlier posts?

There is nothing I can complain about, life is good here in 'the tropics' of southern Indiana ... except my annual sinus/allergies are back ... and it's raining again.
at May 11, 2017