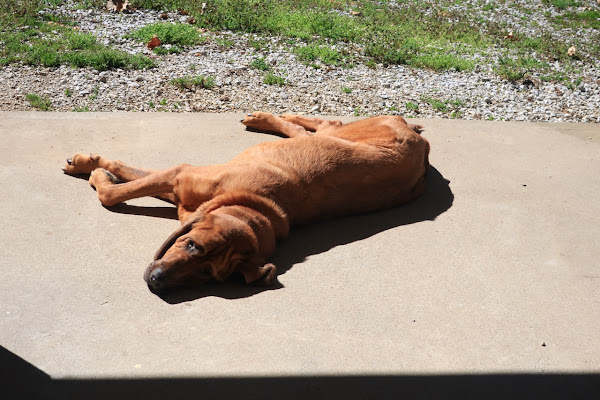 While I pulled a few weeds from the mulch area in front of the house, Stella soaked up some sun while Heidi slept inside. She did not move while I worked and didn't know that I had checked my mailbox. In fact she had no idea I had left her ... until I walked back in the carport. She was really hot, hot enough to start panting. A sure sign she is not in shape yet for the warmer temps. 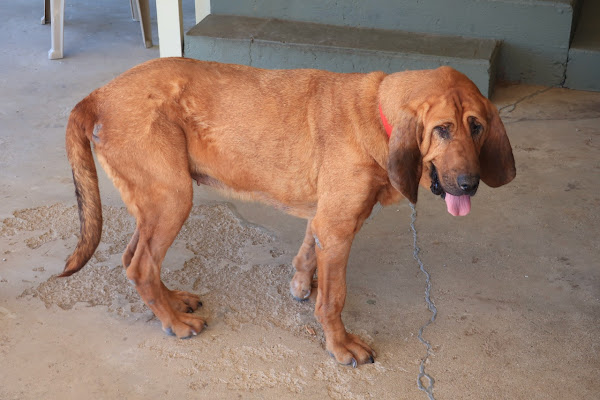 While I mowed the yard and washed the car, she slept inside with Heidi. Late afternoon it was a perfect time to take our afternoon walk, the same one I blogged about this morning with Heidi. 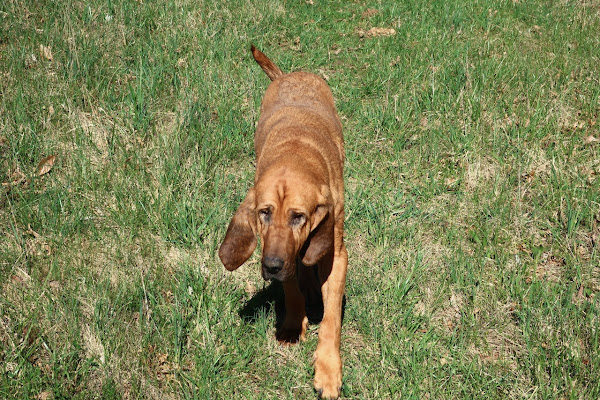 We didn't last long yesterday afternoon. The second time she sat down and stared at me, I told her "let's go home" and without hesitation she turned around we headed home. We took the same path that we take walking toward the back of the field. 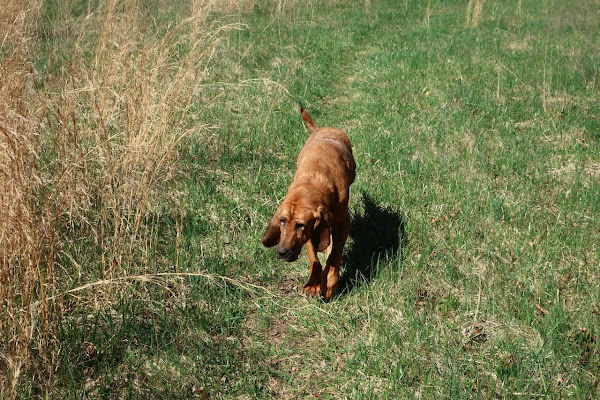 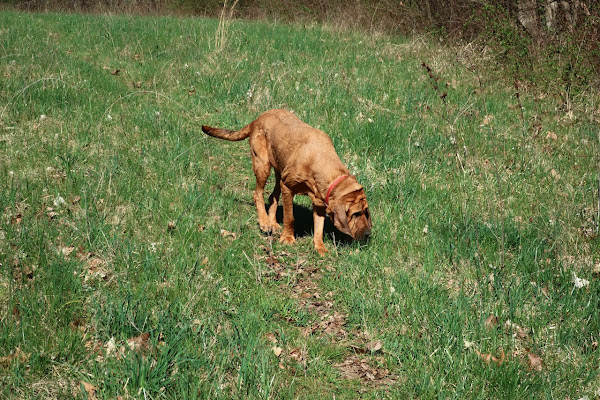 This morning was different though. It was 20° colder, the skies looked like rain was on the way although a glance at the radar showed we were on the southern tip of the storm that covered over 200 miles north of us. While Stella walked at her own pace I thought about my plans for today. Those will not be much more than just enjoying being outside. 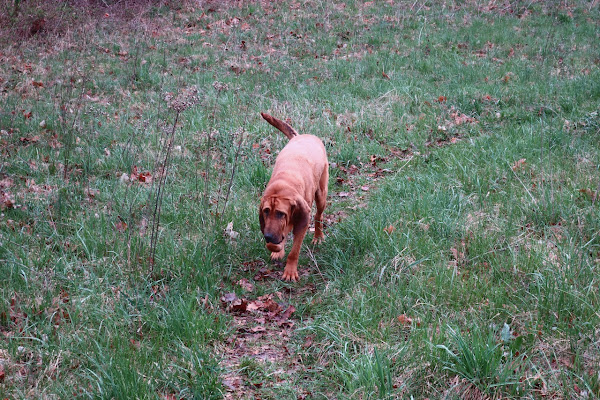 All that rain is north of us. 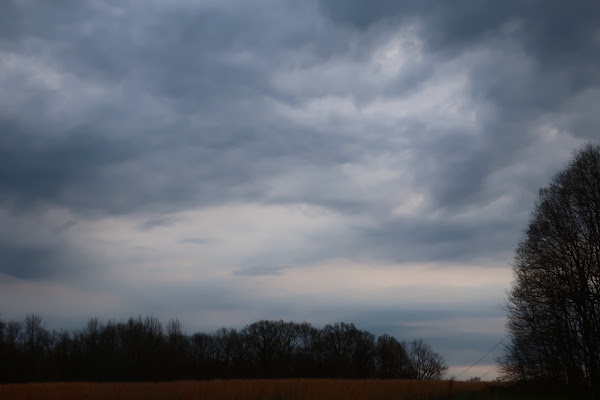 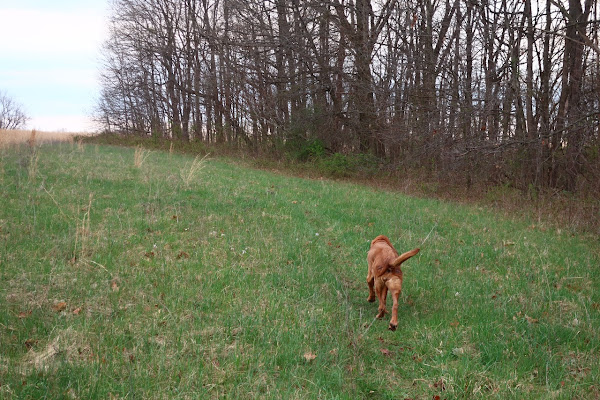 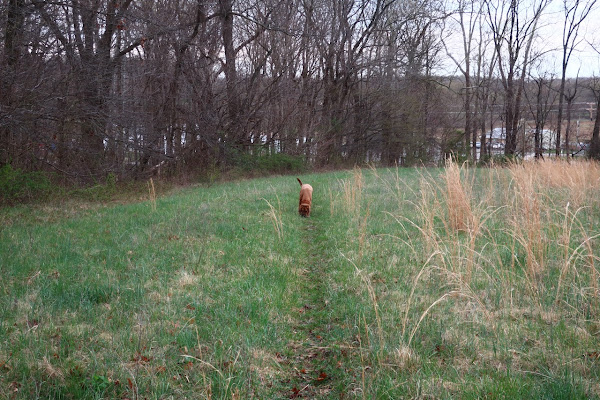 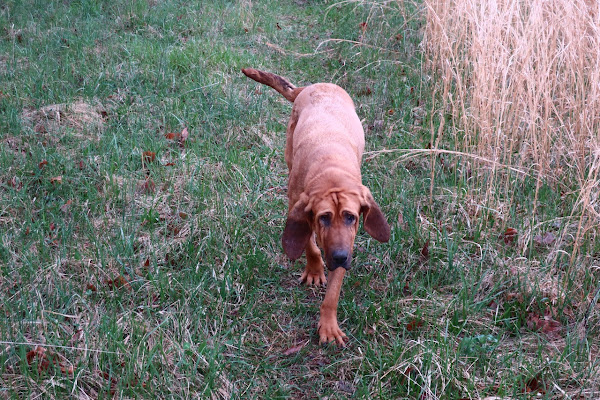 I can't remember the last time it rained but this part of the path all the way to the back is still muddy, too soft to walk on, so Stella and I walk just to the left of it. There was still some standing water as we got closer to the back of the field, which is a few feet higher in elevation. 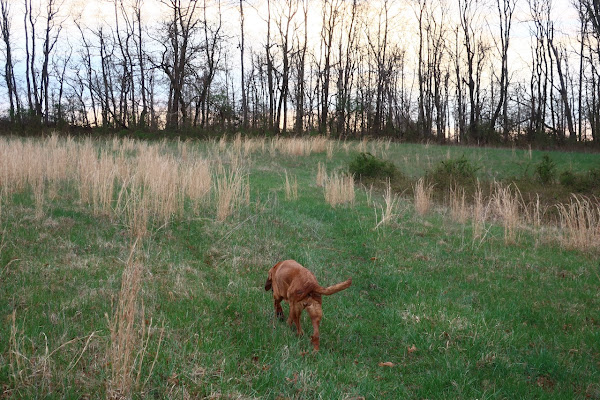 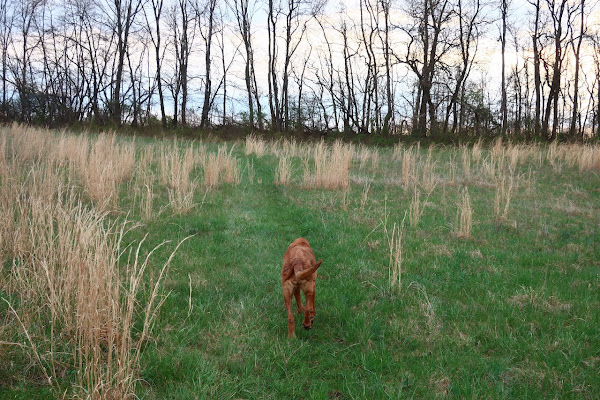 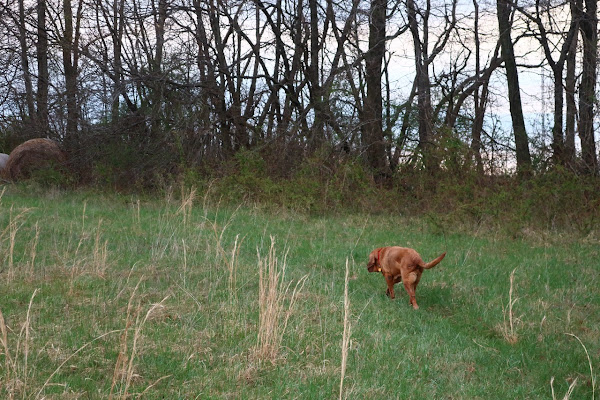 I am not sure what she wants. I had not said anything to her, nor was any kind of food mentioned. Maybe she was wondering if I was going to keep up with her today or lag behind? 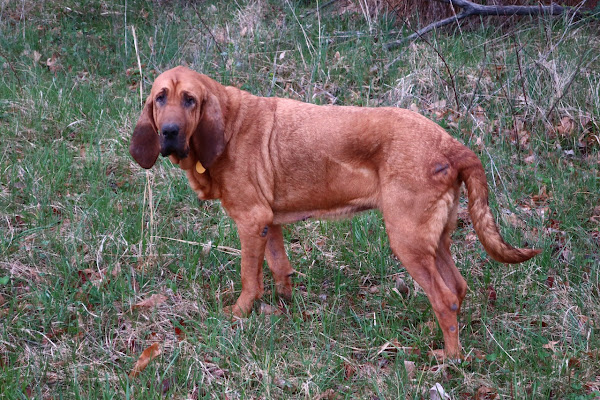 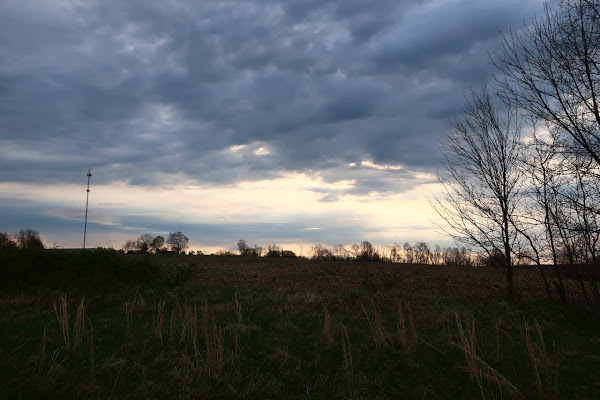 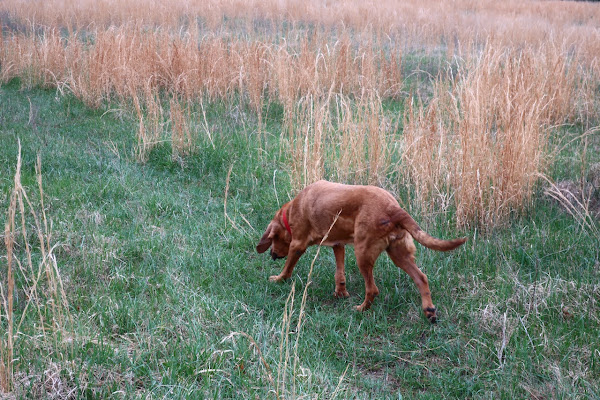 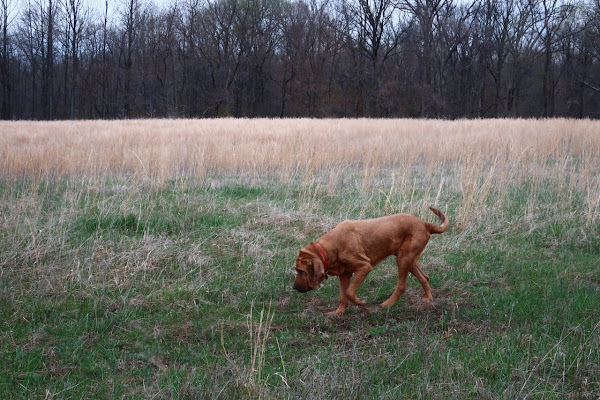 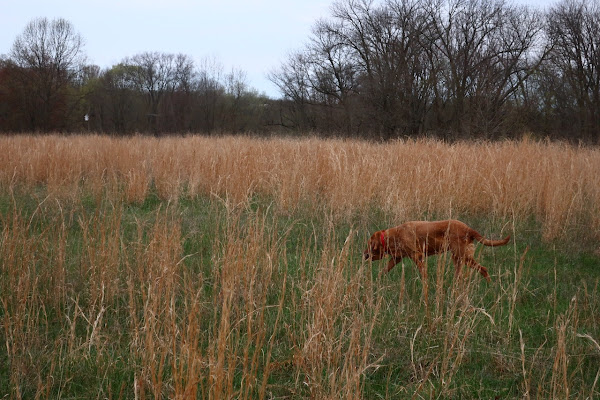 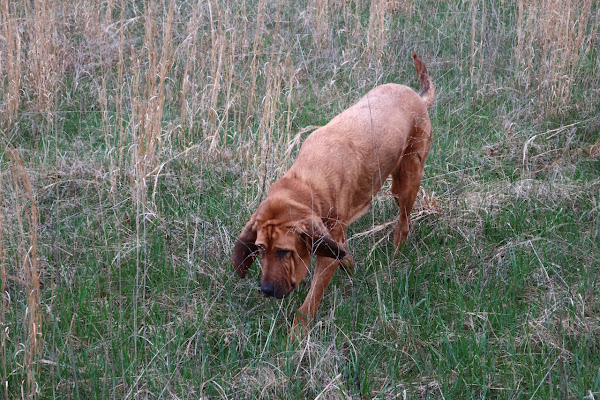 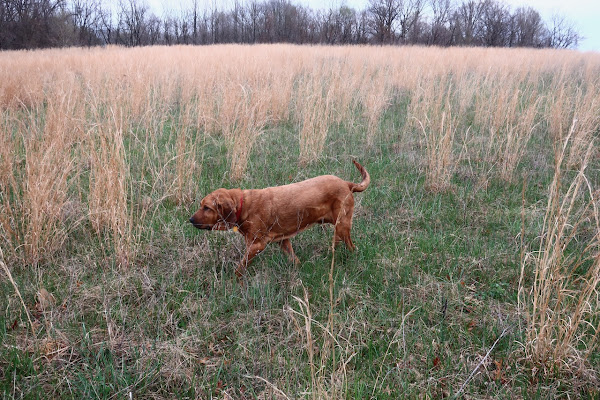 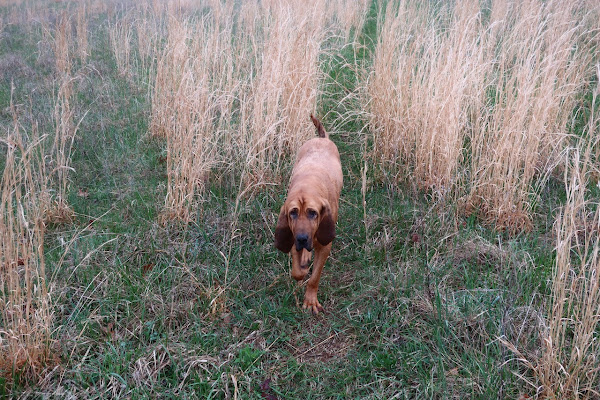 Almost home and a quick check on the neighbors. She didn't stop today, just looked in their direction as she continued her pace. 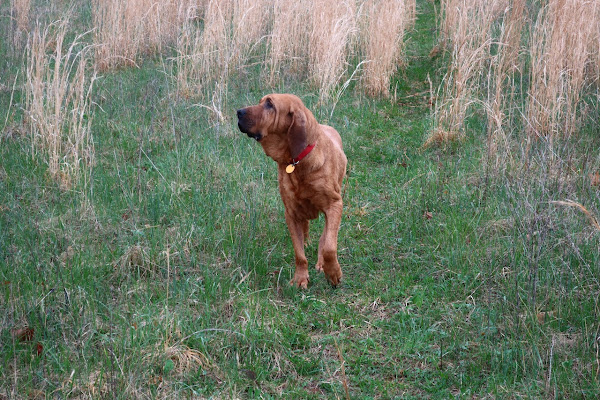 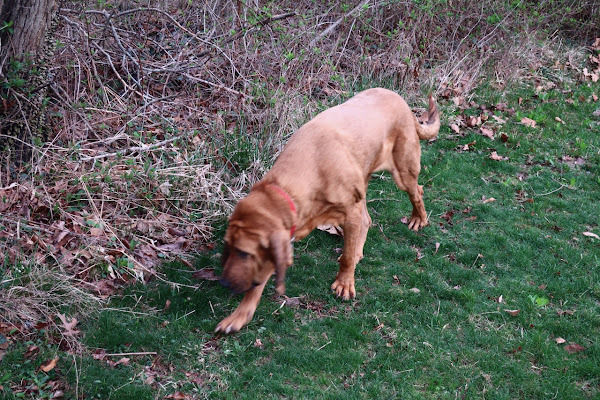 Evidently there hasn't been a lot of nighttime animal traffic around these trees. The past few days she has not stopped to smell anything ... just a straight walk to the door to get back inside. 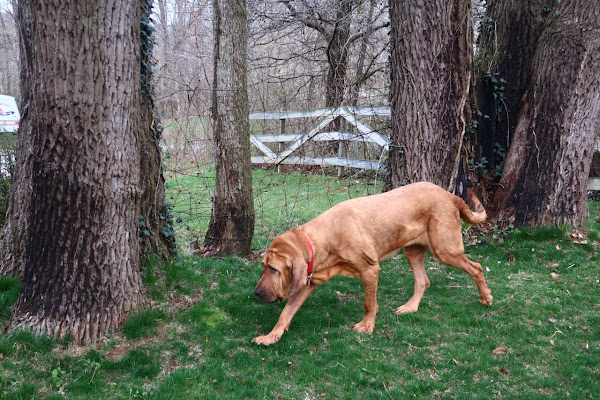 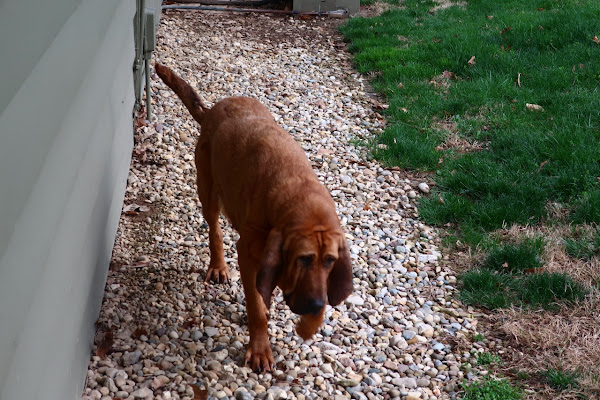 It was an afternoon of perfect weather again. Our activities ranges from soaking up some sun to start my tan while Stella slept and Heidi roamed. I thought we were finished until Heidi came to be about an hour later to go outside. She found a spot in the backyard and spent over an hour by herself just enjoying the warm day. 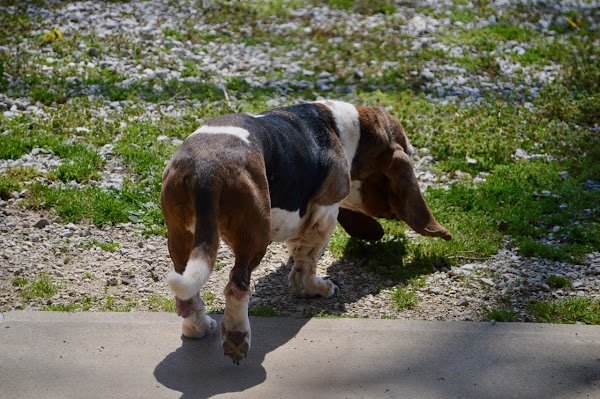 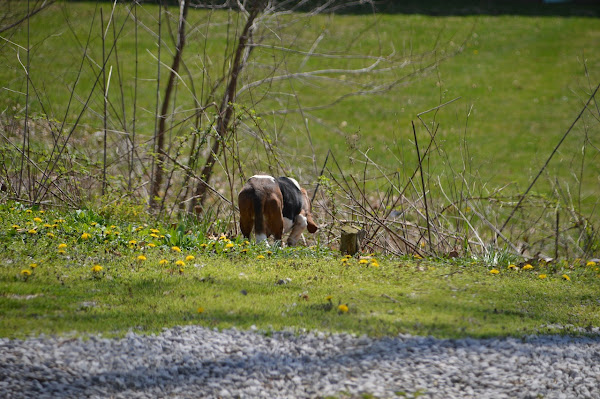 While Heidi was outside, we had our excitement for the day and possibly the wee. Two trucks showed up and at first I thought it was another load of egg shells but it turned out to be two loads of fertilizer. I'll be sure to take some photos when they start to apply it to the field. The ground is still too soft to plow.

The red truck was stuck for a short time have emptying his truck. He kept spinning the tires through the mud and finally gain enough traction to escape. 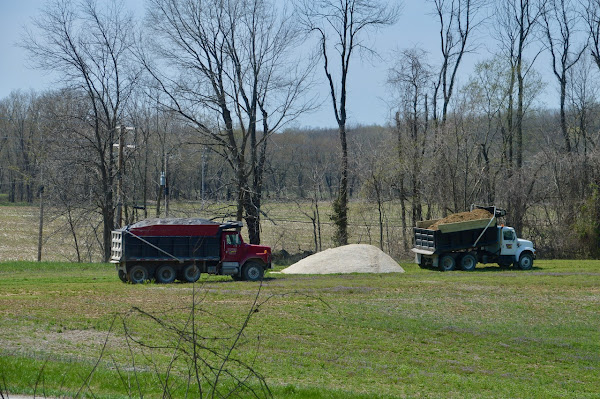 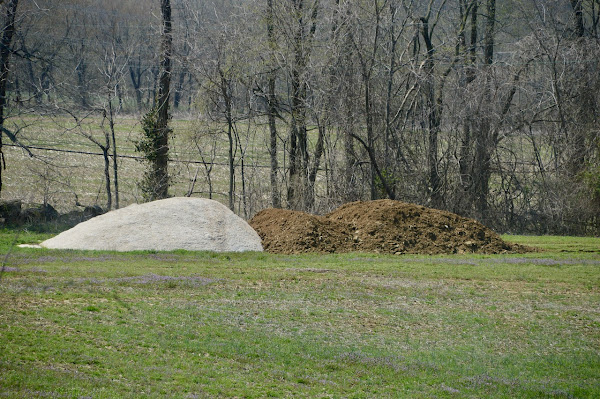 Not much happened today in 'the tropics' of Southern Indiana but it was still a nice one.
at April 10, 2019