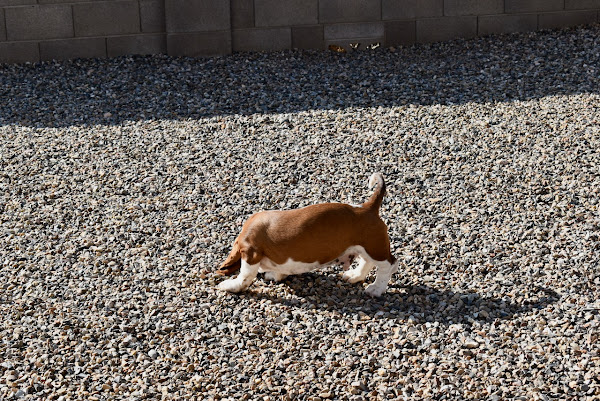 It was right after I posted Sunday night that I remembered I had used my Nikon D3500 but forgot to download the photos. So, here is Henry yesterday playing with the favorite bone that he and Walter will play to get it. The bone is almost as long as Henry. This batch of photos on this post were taken with the same camera but I later used the Nikor 70-300mm lens. I did a few odds and ends today. Did not go anywhere and am so lazy right now that I might order groceries for delivery. (did ... should get them in a couple of hours) 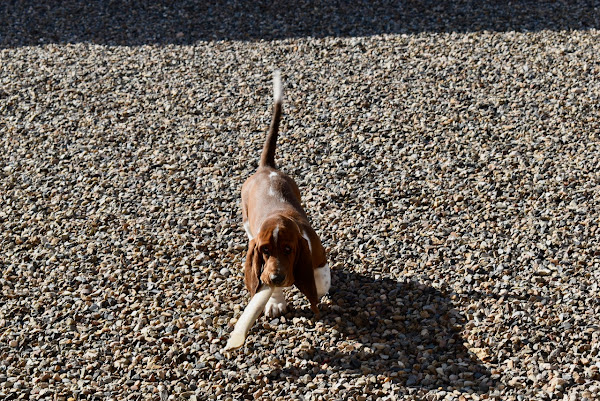 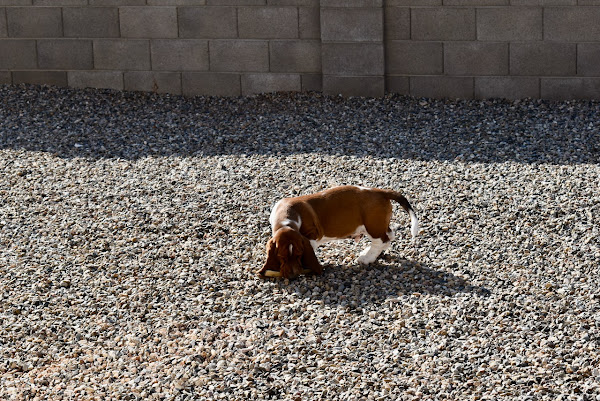 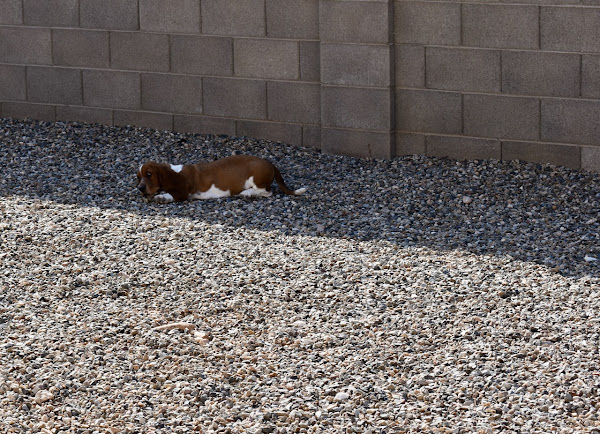 At first I thought Henry was hiding the bone by laying on it and he was, but he had also found something below the rocks to chew on. It was a piece of wood I found in his mouth as he laid stretched out across the bone. I could tell by his look and his swollen jowls that he had something in his mouth.  LOL 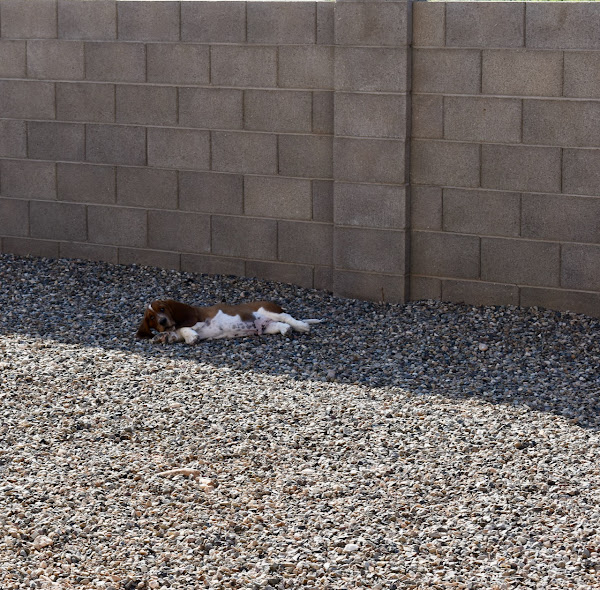 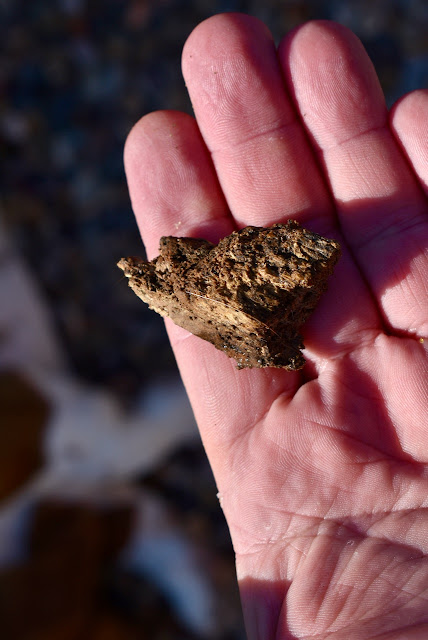 Another great day here in southeastern Arizona. This has become one of Heidi's early morning sleeping spots. 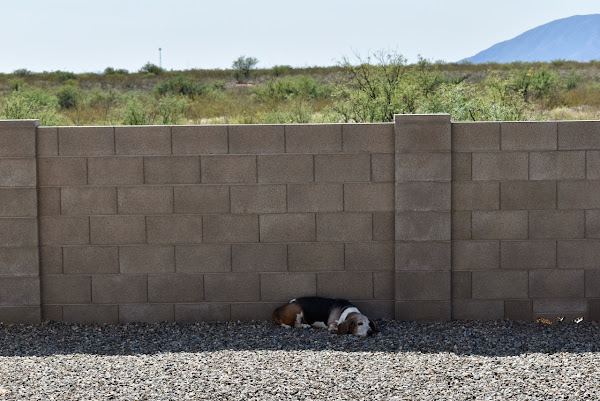 I didn't have a tripod set up so this was taken last night with a 3 second delay on my iPhone. The moon did not have that shadow around it but it was a Harvest Moon over by the Dragoon Mountains. 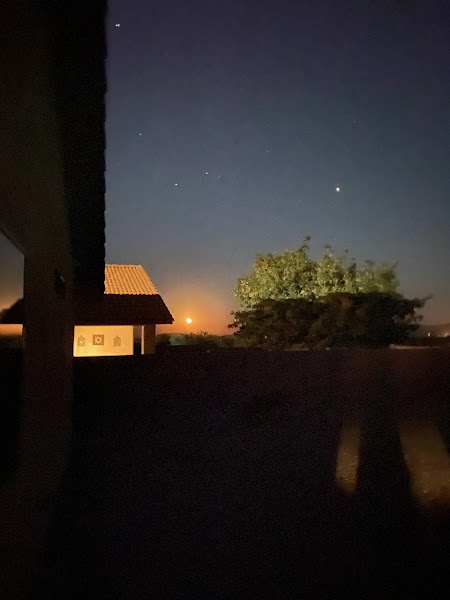 For the second day in a row I was able to caputure the sunrise this morning. I love the weather this time of year even though it is hotter than normal for this time of year. Low 90's in the day and low 60's at night. 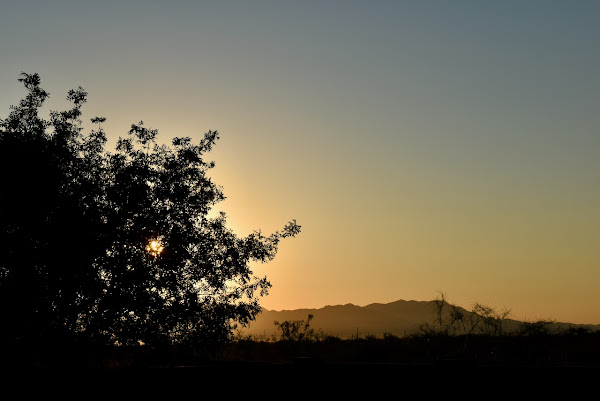 Slowly but surely Heidi is interacting with Henry a little more. She growls less when he licks her jowls or her ears. So there is hope they will become basset hound friends. 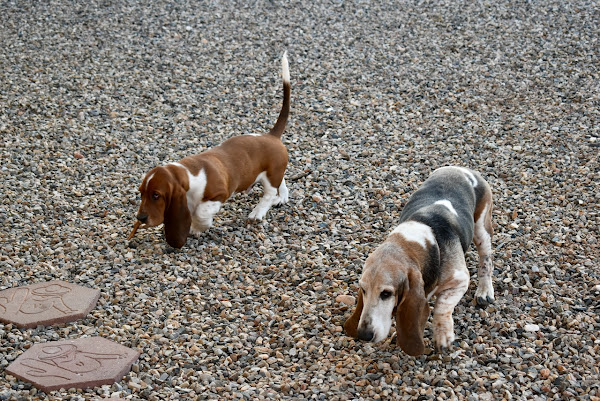 He's had breakfast, the other hounds were not interested in playing so he hung out in the kitchen doing not much more than that. 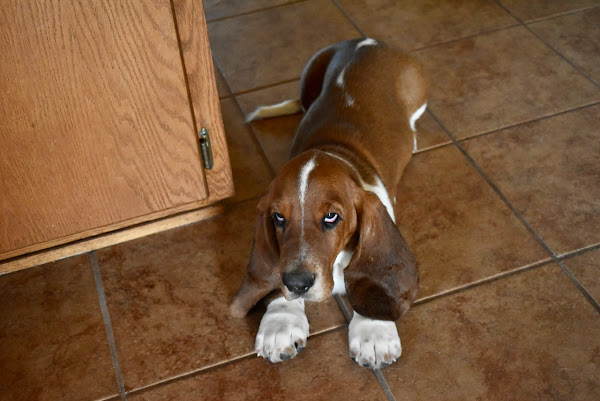 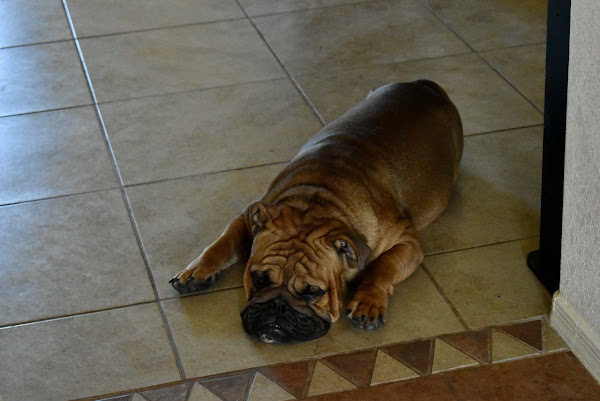 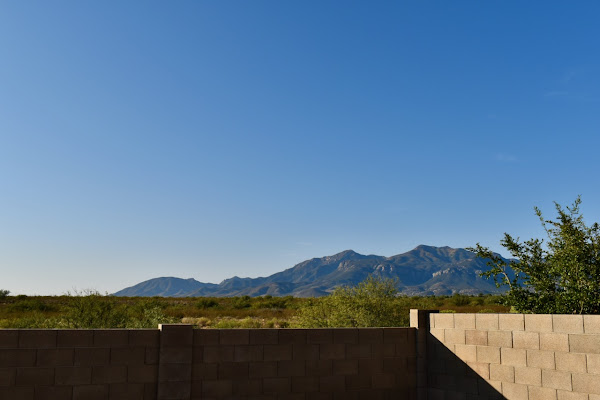 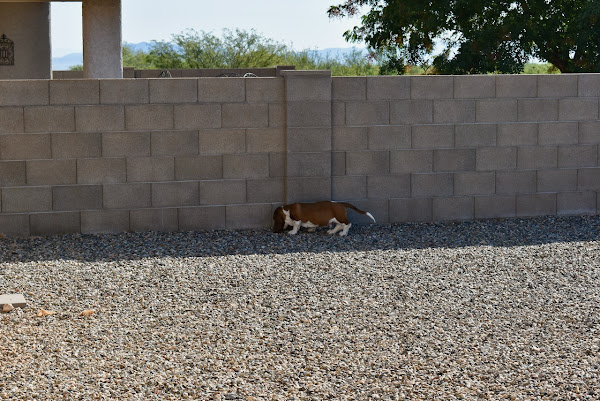 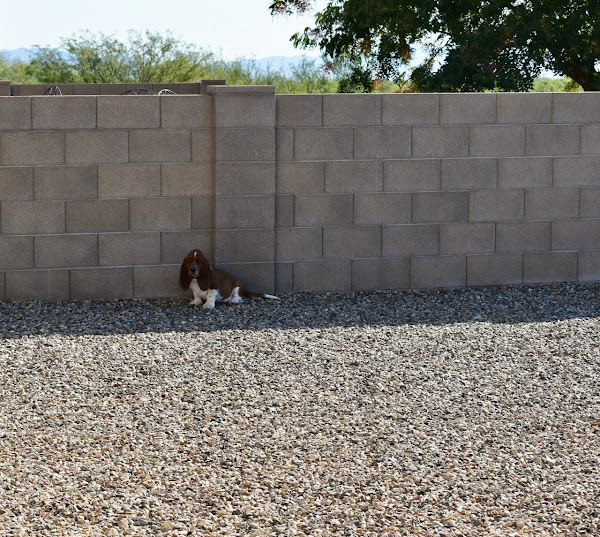 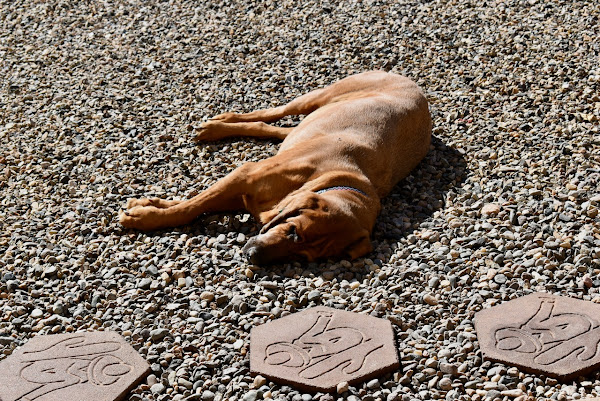 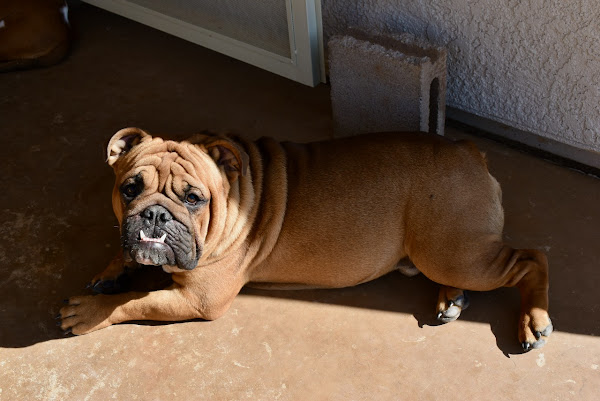 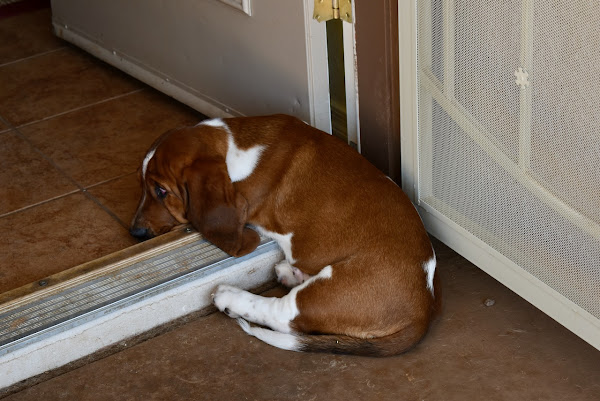 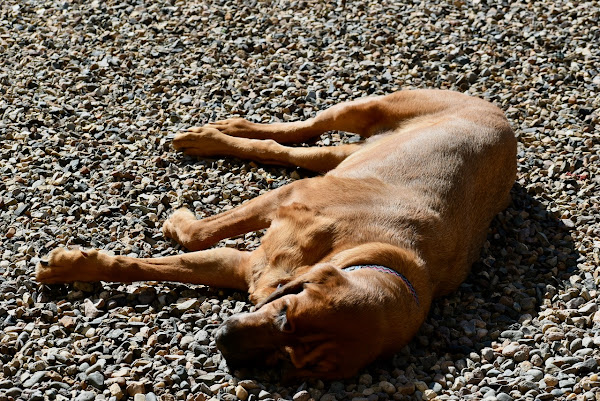 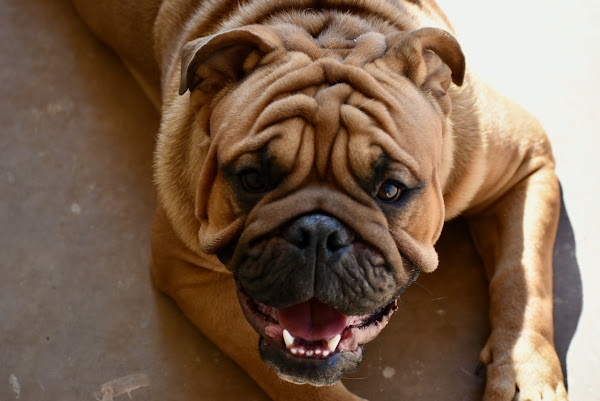 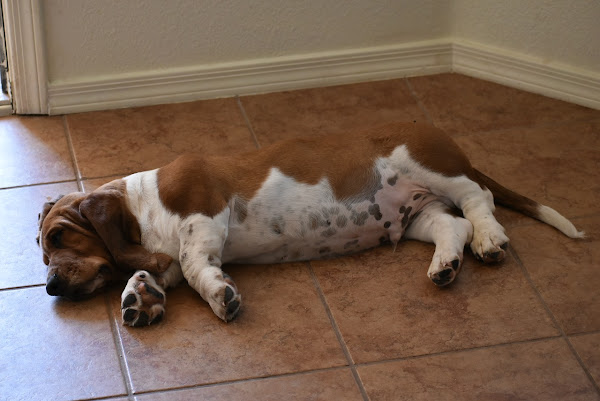 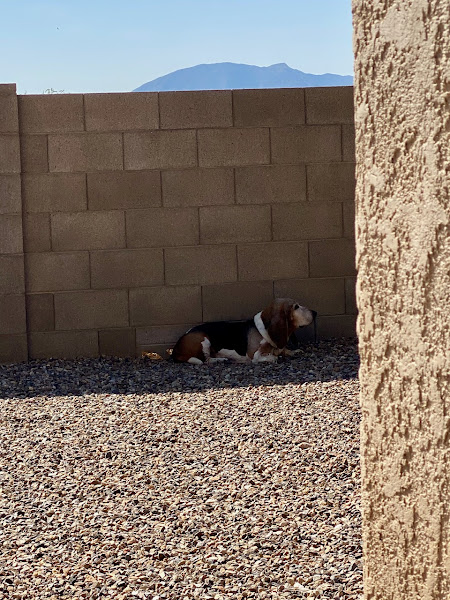 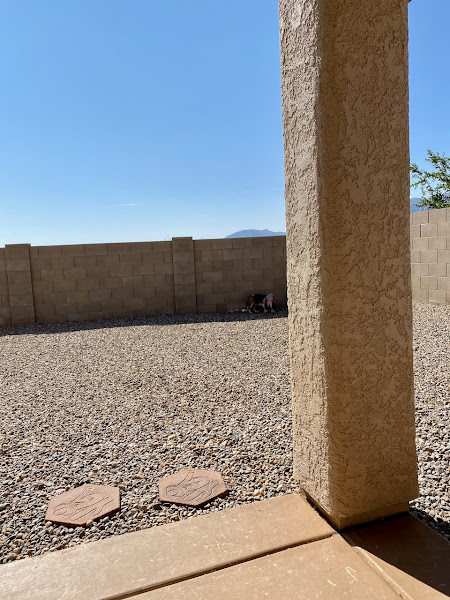 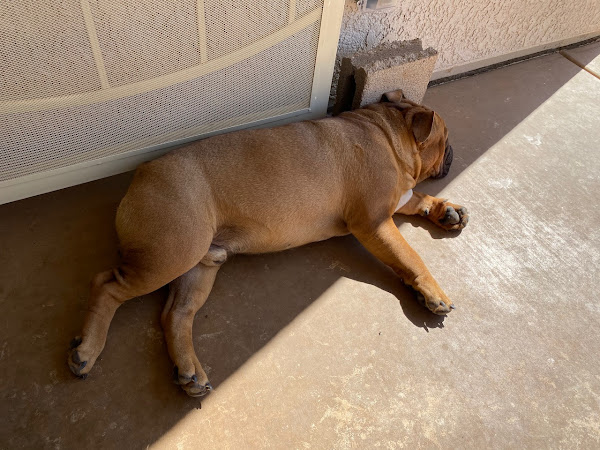 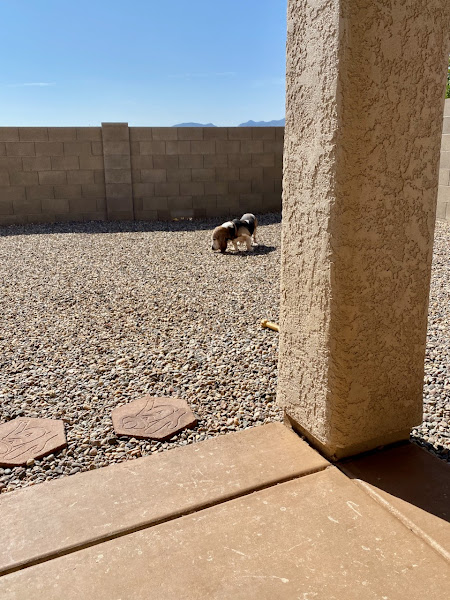 I got tired of all the extra clicks Blogger was making me do just so I could type between photos. I am not sure if they will ever get the bugs worked out of their new update. Anyone else that blogs on Blogger having the same issues? It is just too slow to load photos as I write. I had all these ideas that I wanted to write about and now I can't remember them. Must not have been that important.

Another good day in the 'Wild West'.