The Hounds & The Dog Are Fine 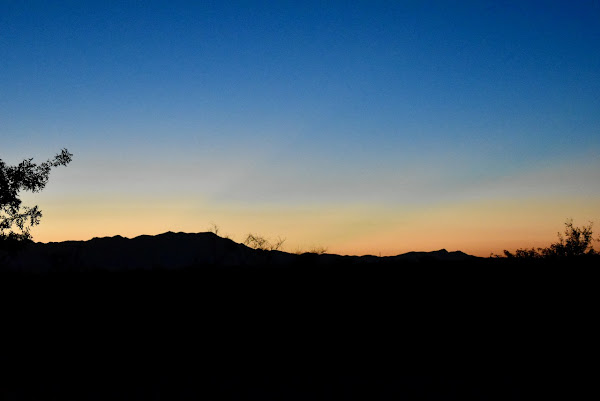 I suspect that some may be wondering if I have come in contact with the virus since I have never taken it serious ... but I have not. I have been between busy and lazy. Some days I have not taken even one photo but had a great day and other times I don't see a photo that I would blog about. So ... that is where the hounds, the dog and I have been. 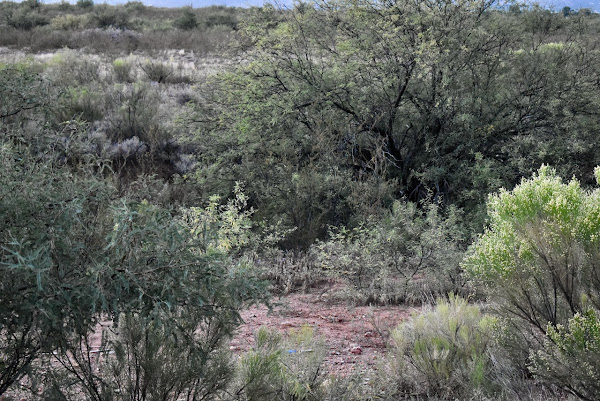 The coyote sounds were so loud and sounded so close the other morning right after the hounds ate their breakfast, that I got them inside, grabbed my camera and snuck up to the back wall. They sounded as if they were right on the other side ready to jump in the yard ... I did not see them but my best guess based on their barking/crying/whatever, they were in that wash that is pretty deep. That wash also prevents any house development within 50' of the wash by state law. 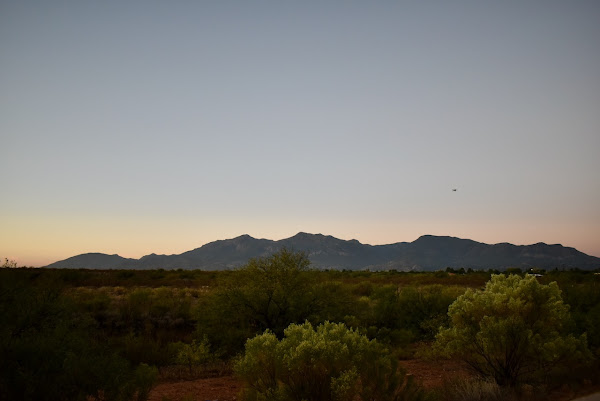 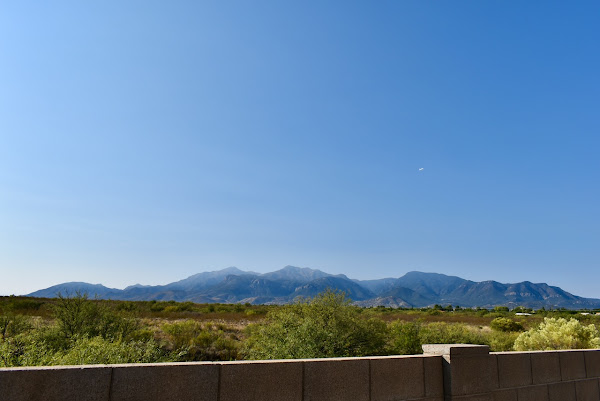 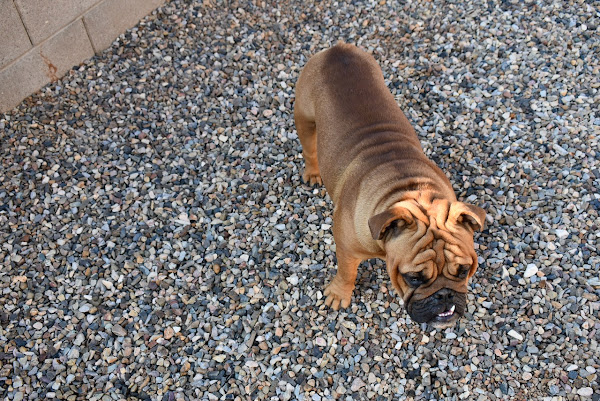 Walter and Henry continue to play nonstop. Walter has growls like he is killing Henry but when I go check on them .. Henry is on top and on the offensive. He will also bark at Walter to get a response before attacking him. 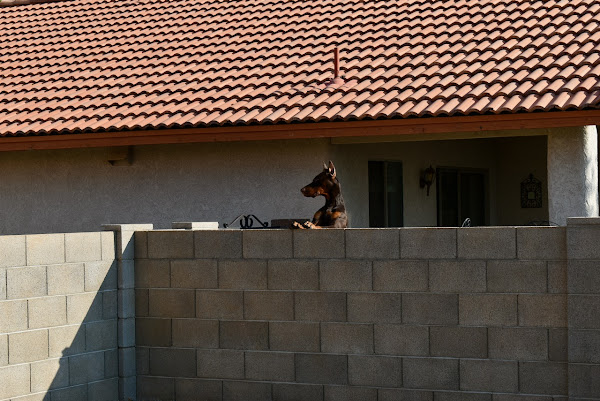 The doberman is not barking as much as he did in August and September but still likes to look for his friends that are in my yard. Unable to capture a photo of it but Henry will stand up on the side of the wall trying to touch the doberman but his front paw tips are two of those blocks short. He will never be long enough to touch the top of the fence. 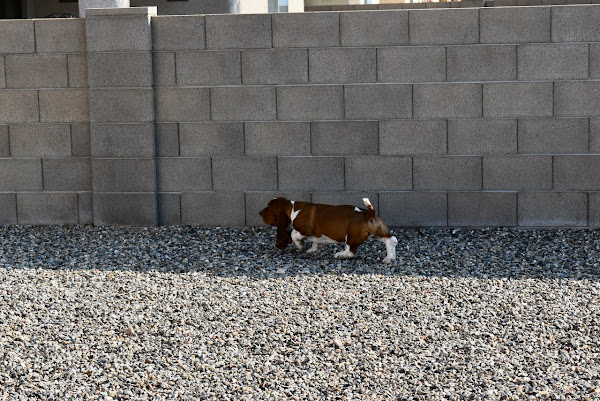 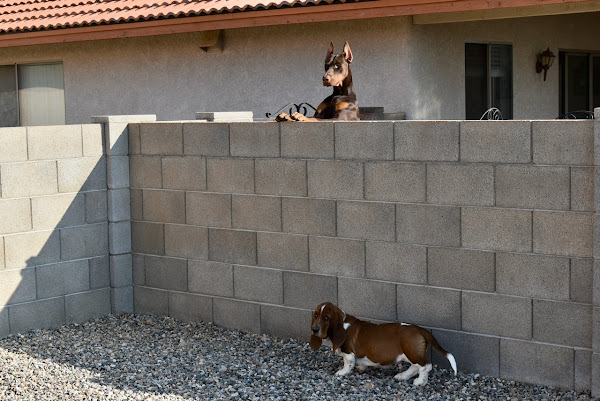 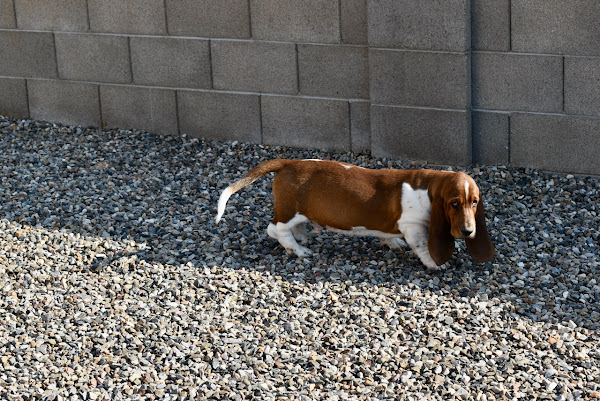 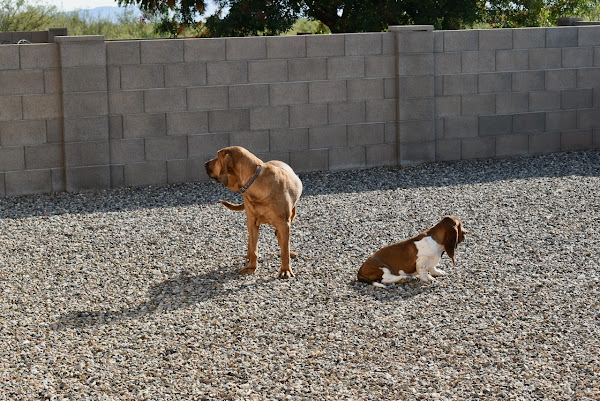 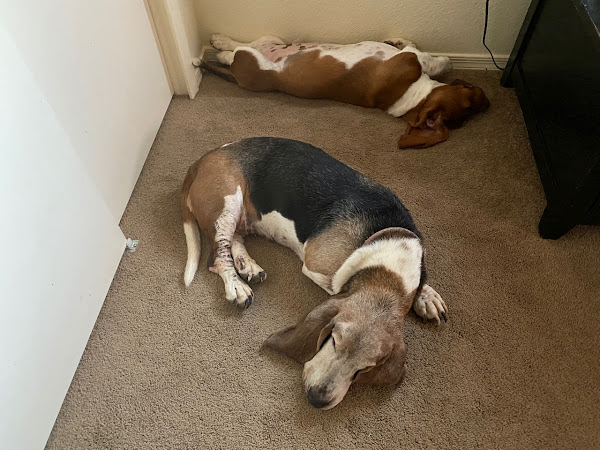 Heidi continues to accept a little more of Henry. I caught Henry sleeping on her dog bed the other afternoon, with Heidi right next to him. 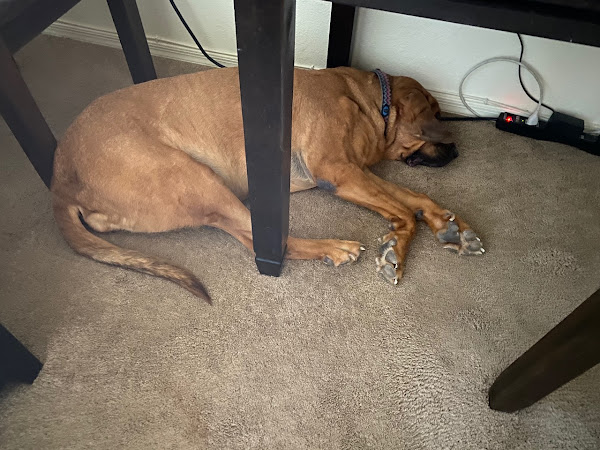 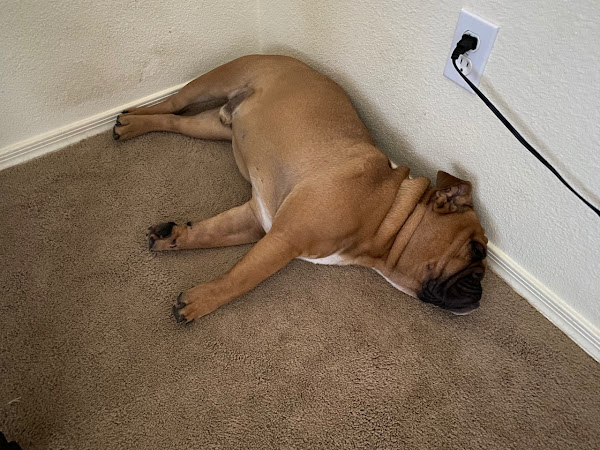 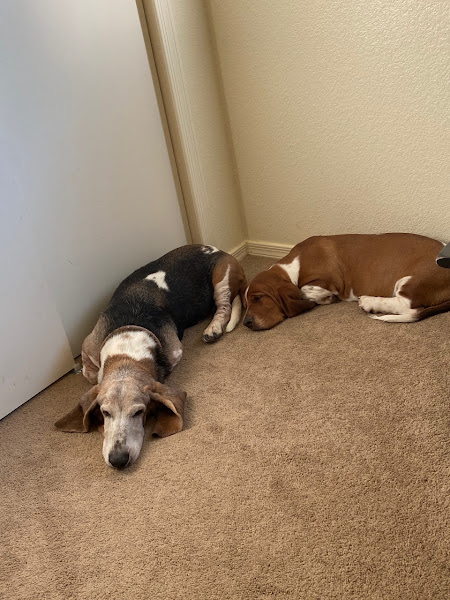 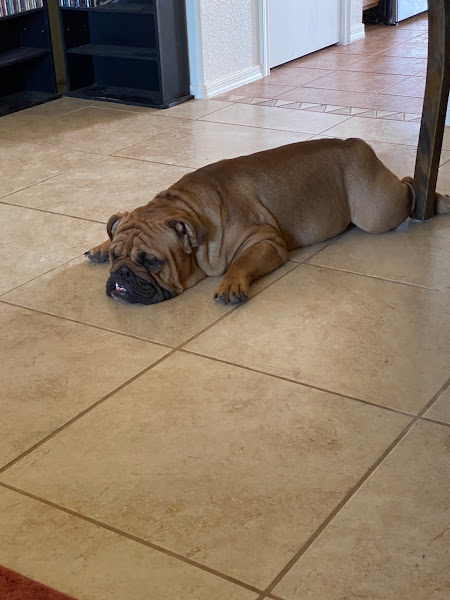 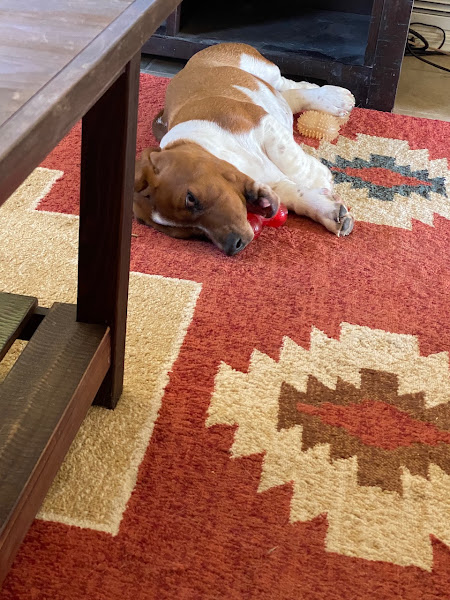 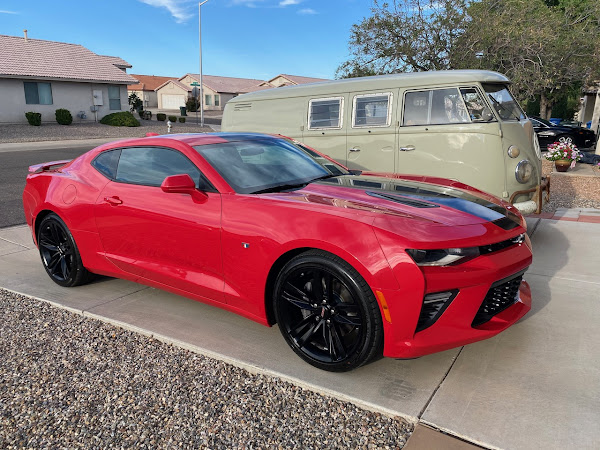 I always said if I found another Camaro SS in the right color I would trade my Tacoma for it. In fact I told my Toyota salesman that two weeks ago. He originally told me once that I would have enjoyed the Camaro they had on their lot 2 years ago more than that muscle car Dodge Challenger I had for a short time last spring. So this past Thursday I traded my new Tacoma TRD Off-Road for this 2016 Camaro SS trim 2SS, 450hp engine, same engine they put in the corvette. MotorTrend also named it the Car of the Year in 2016.
Previous owner was part of the dealership family and it was serviced every 5,000. Yes, it's fast but very comfortable. I have done most of my hauling, now limited by my hip replacement, in my Toyota FJ and that 64 VW panel van you see. In that bright red color the cops will see me easier as I fly by them.  :) 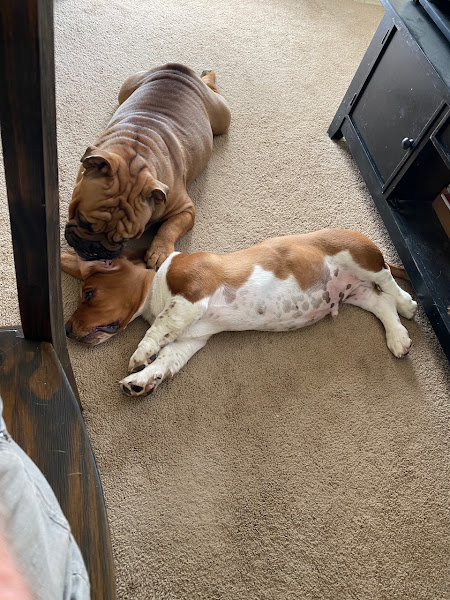 Walter is into cleaning ears ... Heidi's, Stella's and now Henry's. 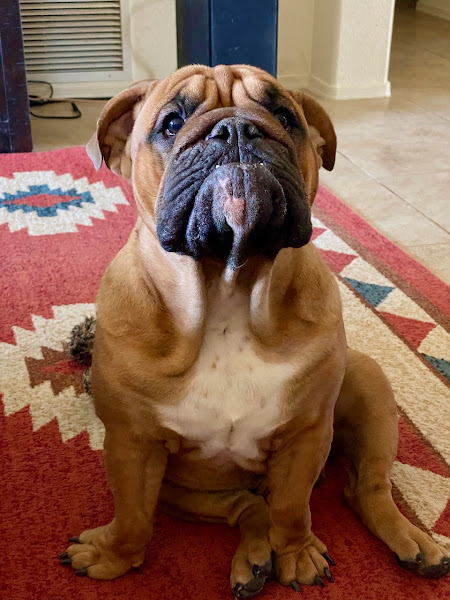 He also does not like to be told "no". 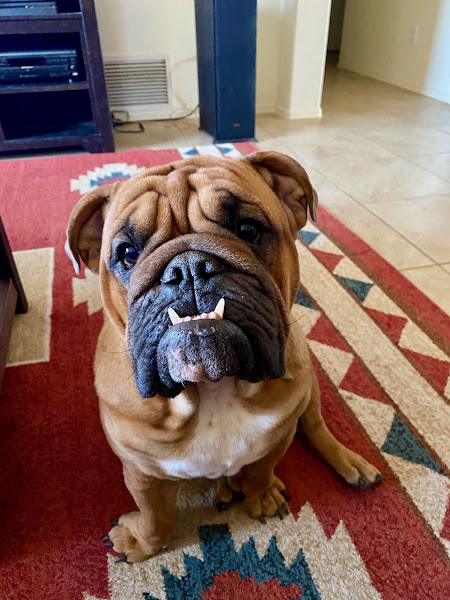 Then he tries to be nice and begs for what he wants, which in that location is usually food related, my food. 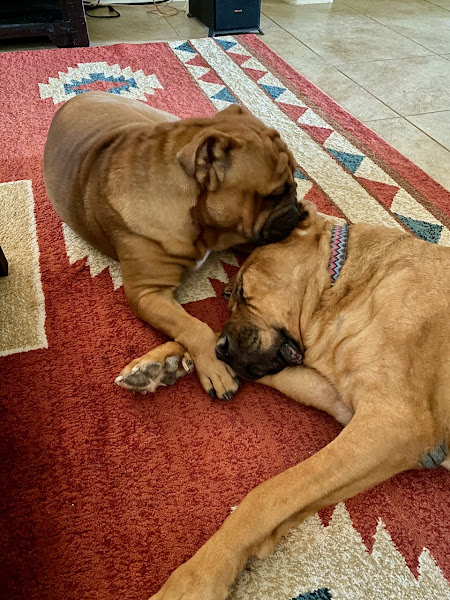 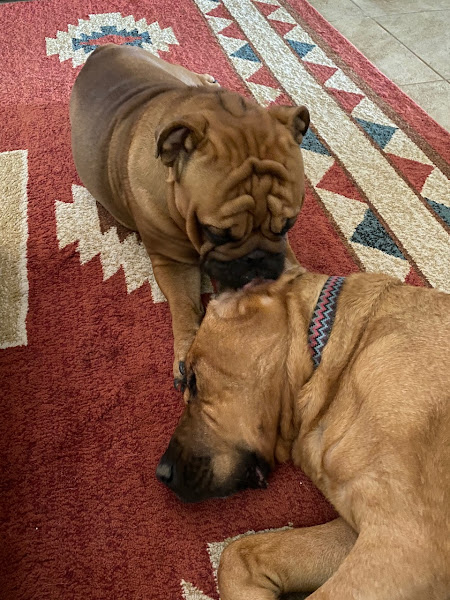 See what I said about him liking to clean ears??
So that is the latest update. Really not much going on although I did unfollow any Facebook friend that posted or forwarded anything political. I did that a month or so ago. Just the past week I went into my Twitter account and unfollowed anyone that was political and turned the interest back to sports, hounds and bulldogs. Deleted my Twitter account Monday night after this post.

I feel a lot less stressful with all of that crap not being seen or read. Same with the tv, which isn't on much any more. I did watch the Alabama - Georgia football game Saturday night but that's the last time the tv has been on. I will NOT be renewing my contract with Directv when it expires in February.
The daily weather is perfect here in the 'Wild West'.
at October 19, 2020