Ten years ago on May 18, 2004 I received a phone call from Winston's breeder that a small litter was born and with my early deposit I would be able to choose from the litter which one I wanted but only after the "show quality" puppies were chosen. Show quality didn't matter to me, I was just happy to have one of the pups. He was the only one in his litter what was not black and white. As basset's get older some of that black usually changes to a gold color. Winston was going to be two tone. I loved the first photo they sent me.

Winston was Mahogany & White, with the sire 'Double K's Billy the Kid' and the dam 'Lamireak's Spirit Epona'. He was not show quality because of his color plus his tail curled off to the right side if you were looking at him from the front, so he was mine if I wanted him.

He rode that 5-1/2 hour trip home with zero problems. He slept most of the way, sat up some to look outside but wasn't tall enough to see out the windows. He would have a surprise when he got home. I had a bloodhound at the time called Bertha. Friends called her "Big Bertha" because she was 110-120lbs. What Winston did not know at 8 weeks, Bertha was going to think he was her pup and they were going to be inseparable for the next 4 years.

They were introduced that afternoon after we arrived. From that first afternoon they met, they played and played for years. 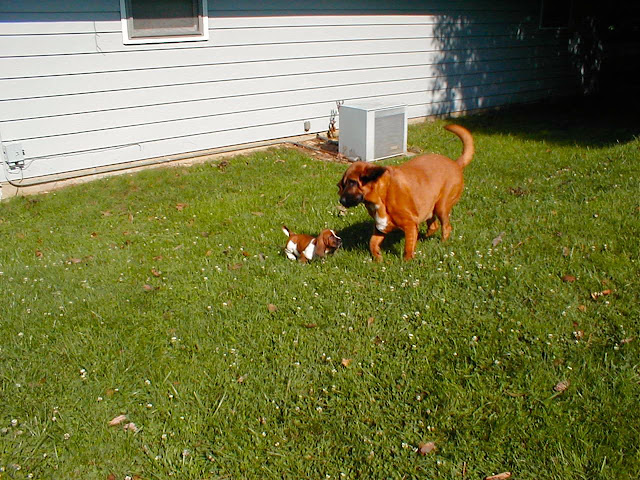 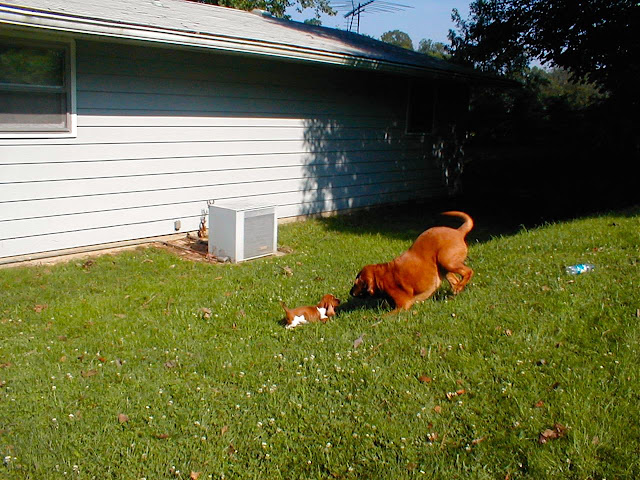 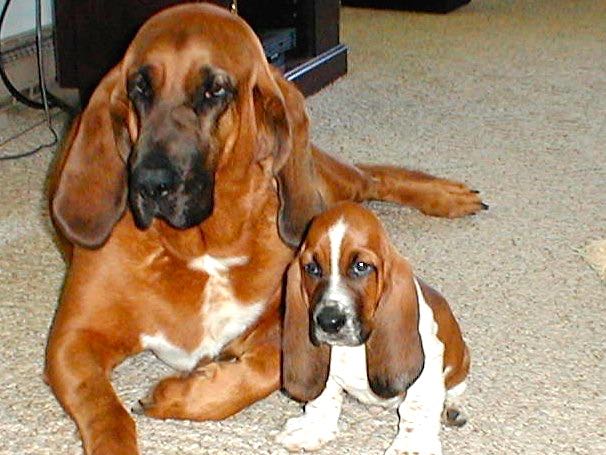 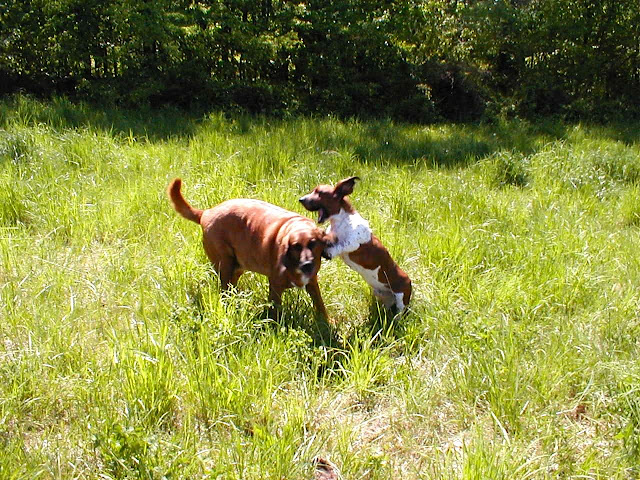 Years later they still patrolled the field and played until they were exhausted. 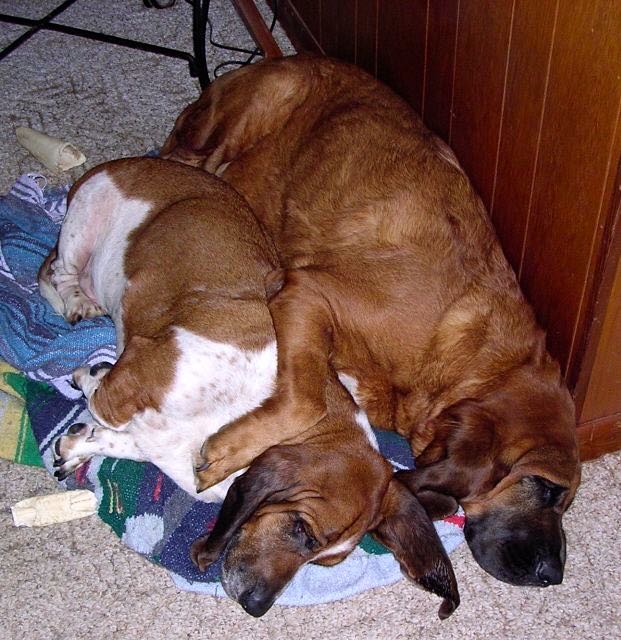 Much like his owner, Winston has always been the "Thinker" of the pack. 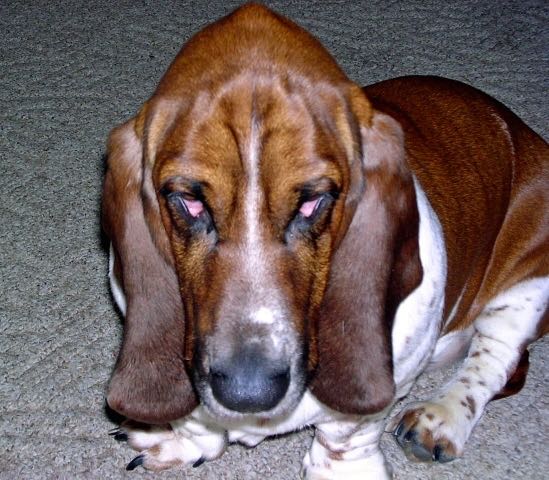 Now as he gets older he doesn't play as much as he use to. He isn't sprinting to fetch back and forth and climbs the couple of steps into the house gingerly. All he wants is a sunny spot to sleep in.
Happy 10th Birthday Winston 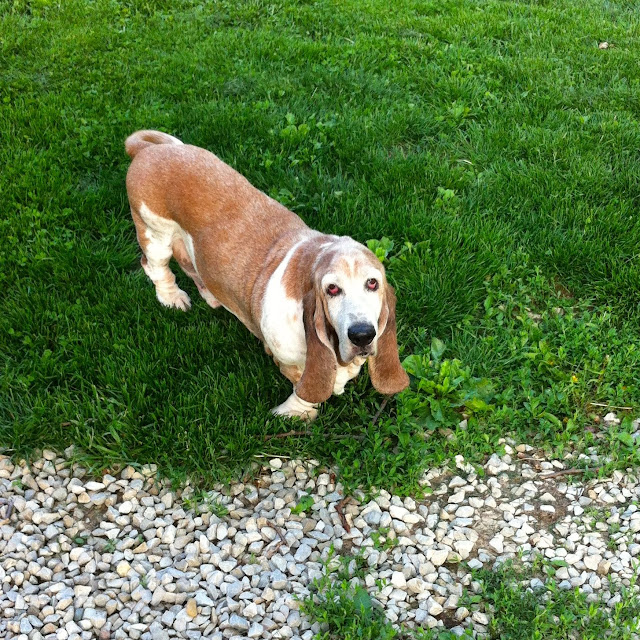 at June 10, 2014
Email ThisBlogThis!Share to TwitterShare to FacebookShare to Pinterest
Labels: Winston