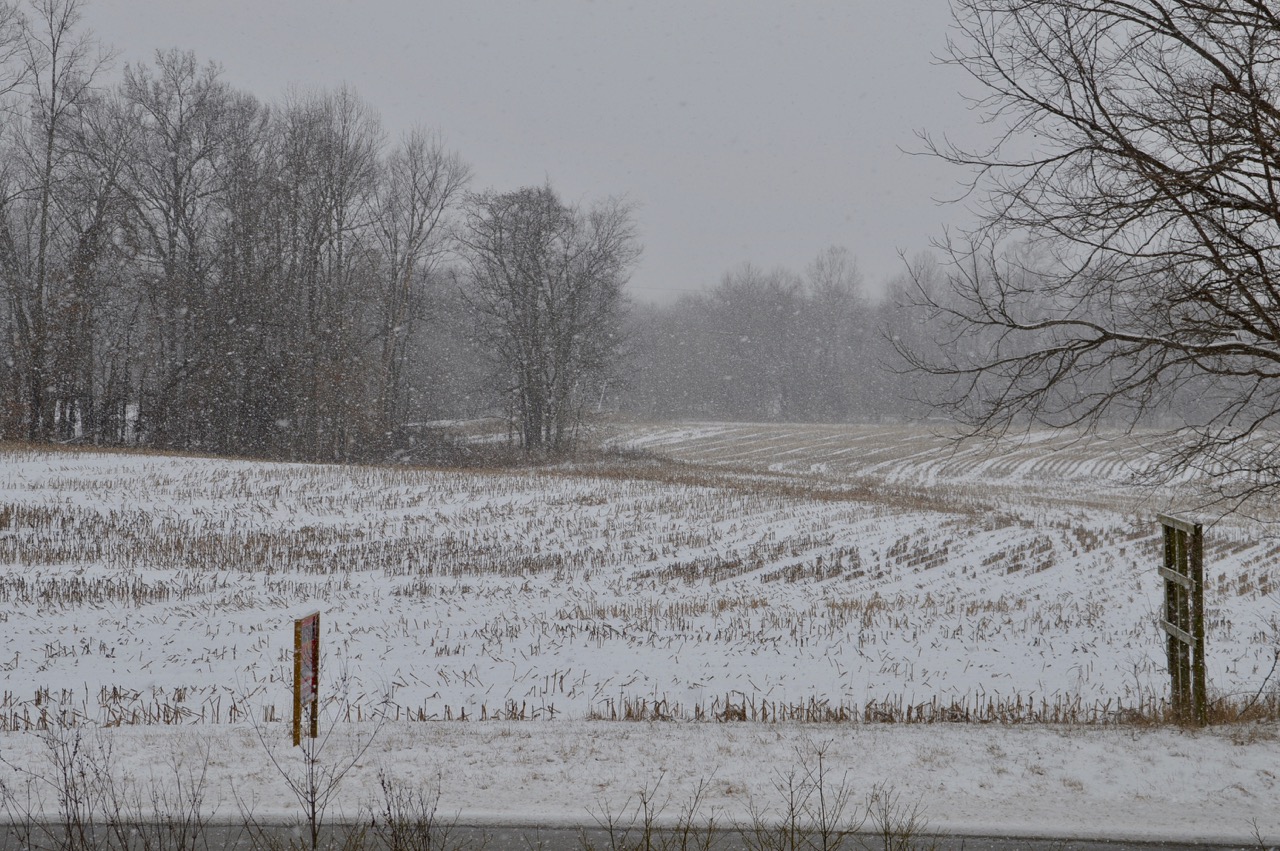 With the winds howling throughout the night I wasn't sure what I would see in the yard this morning. Luckily noting but pure white drifting snow blanketed the front and back yards. It wasn't suppose to be snowing this morning but by the time we took a short trip outside at 10:30am it was coming down hard. 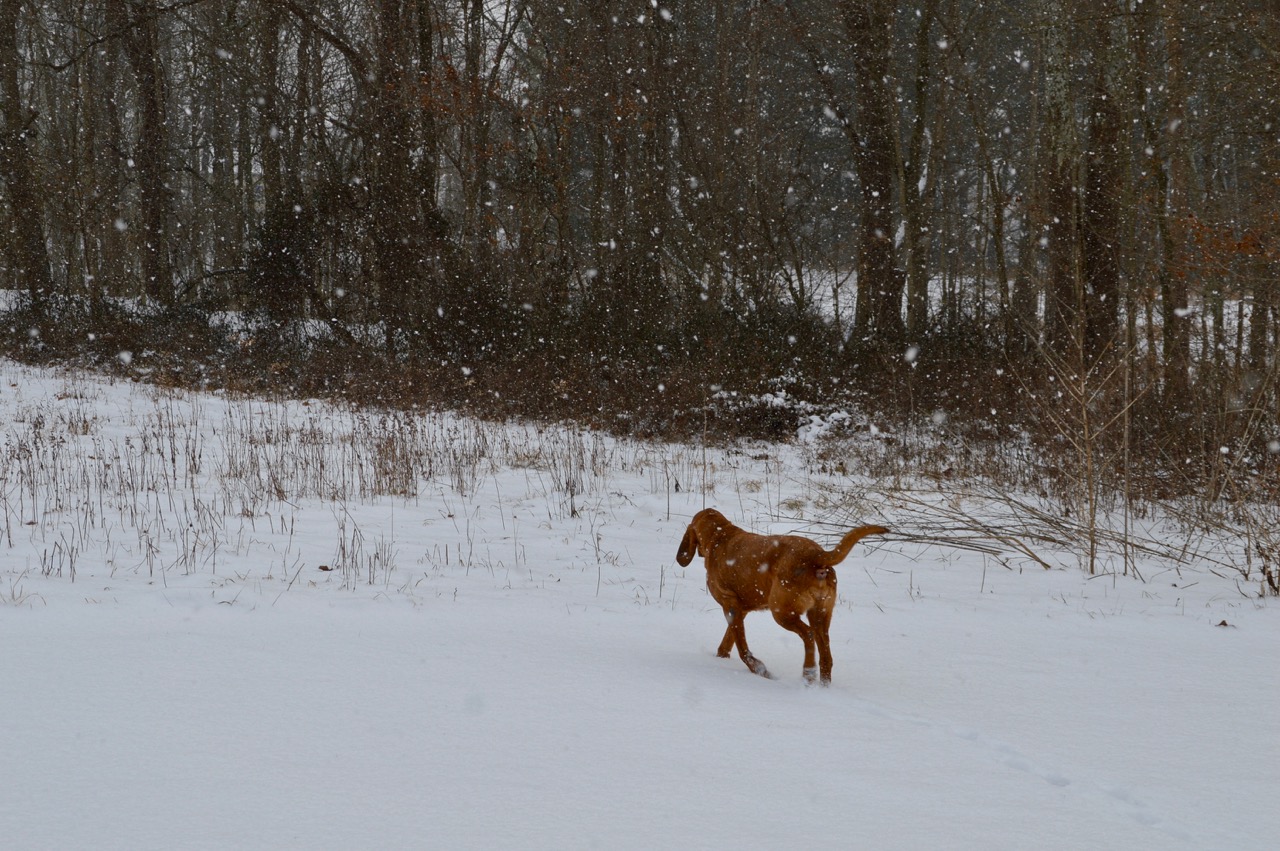 Of course the highway dept's snow plows have applied so much salt on the highway, they are cleared as if a fresh rain occurred. With each pass, their snow blade was making the snow at the end of my driveway deeper and deeper. It's a common occurrence and one that I am use to when it is snowing. The wind chill was single digits but it felt a lot warmer than that. The hounds thought so too. 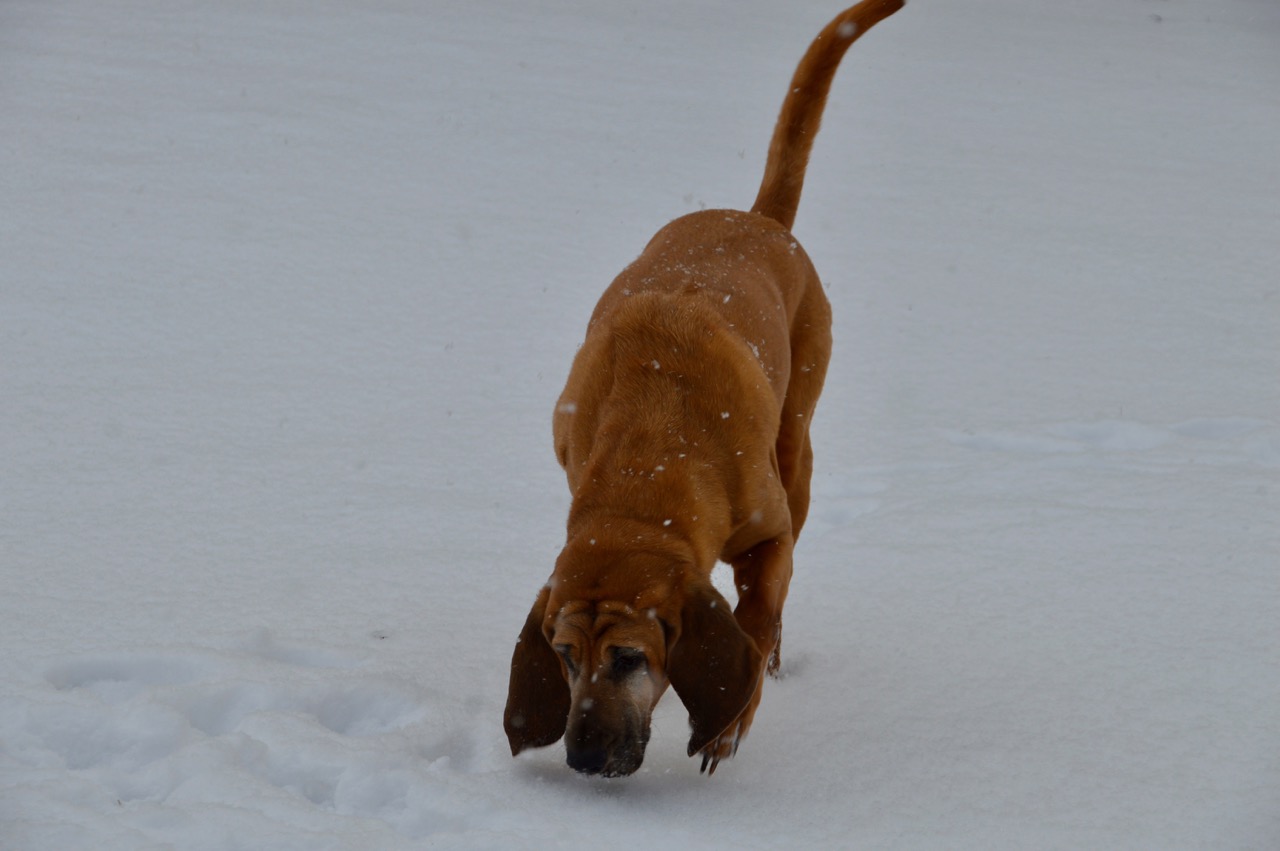 We had no plans to take a walk. I put my hiking boots on, leaving the snow boots inside. I wasn't going any further than the corner of the house while Sadie and Stella relieved themselves and checked out the depth of the snow. There is never any snow too deep for Sadie to keep her from tracking scent. 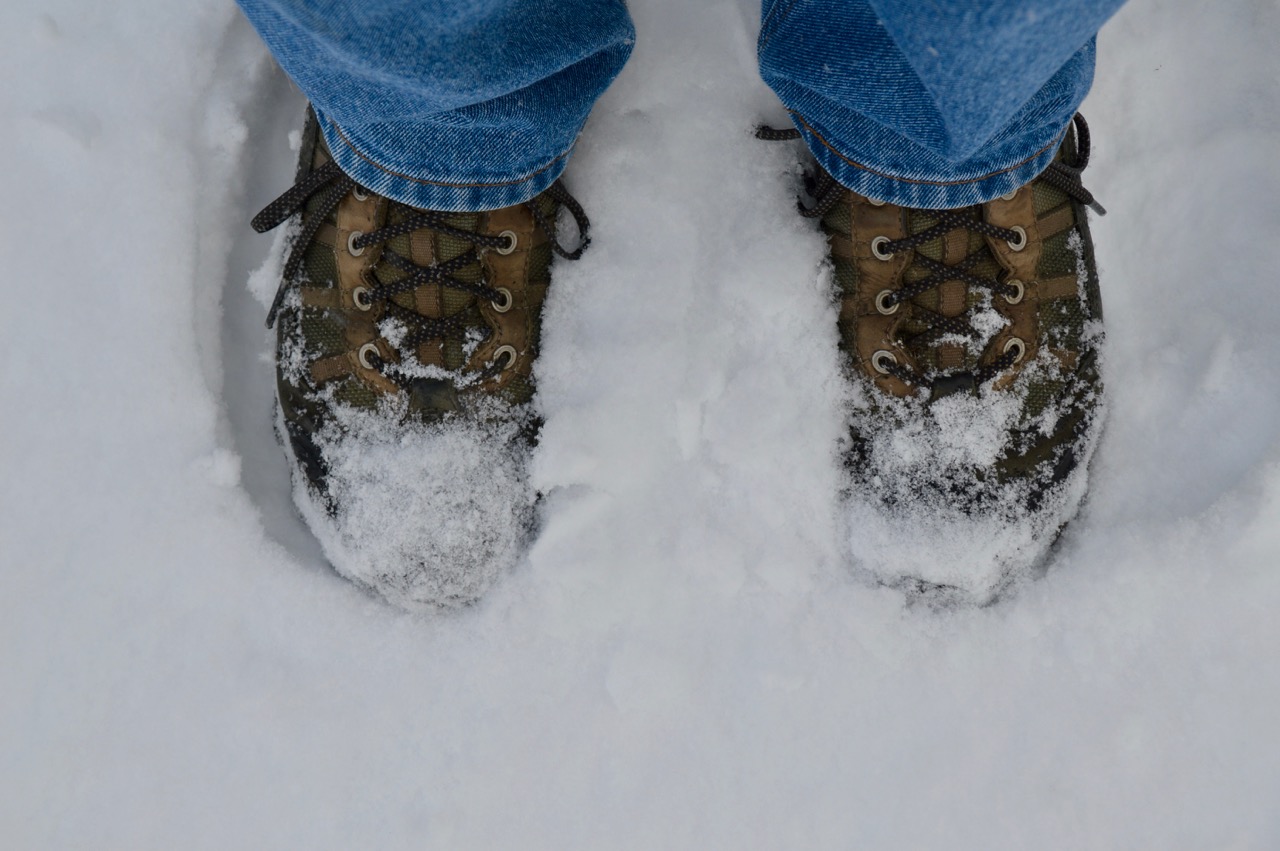 My boots in the driveway, no more than a couple of inches of snow. 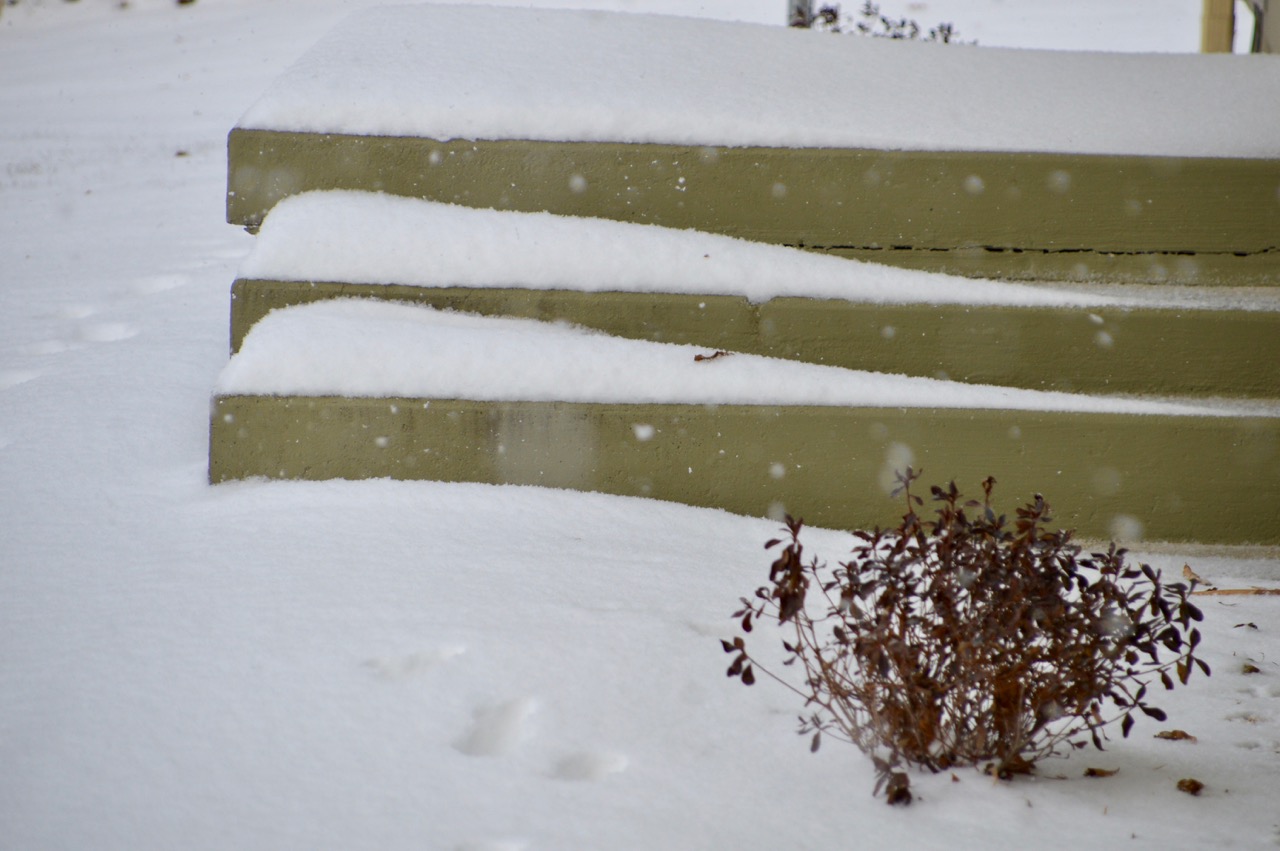 You can see the drifting effect from the high winds last night, that rattled storm windows and howled like an oncoming train. I wondered as I dosed off what I would see in the yard when we woke up. The four Azaleas are showing no signs of death during the past month of extreme low temperatures and now this white stuff. 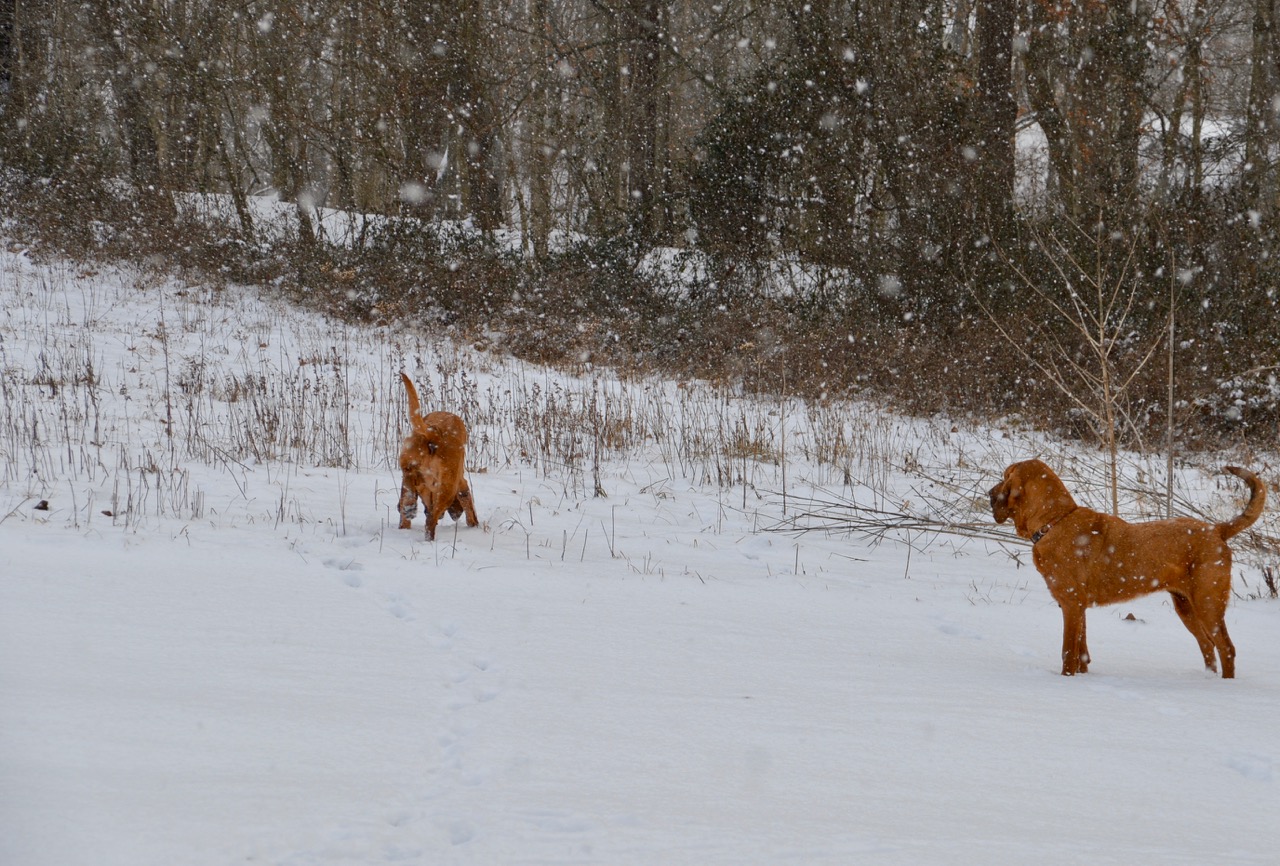 It's always good to see the hounds use that field as their depository and not the yard. Stella is not sure if the walk is official or not. She has finished and is wanting to head back inside I think. 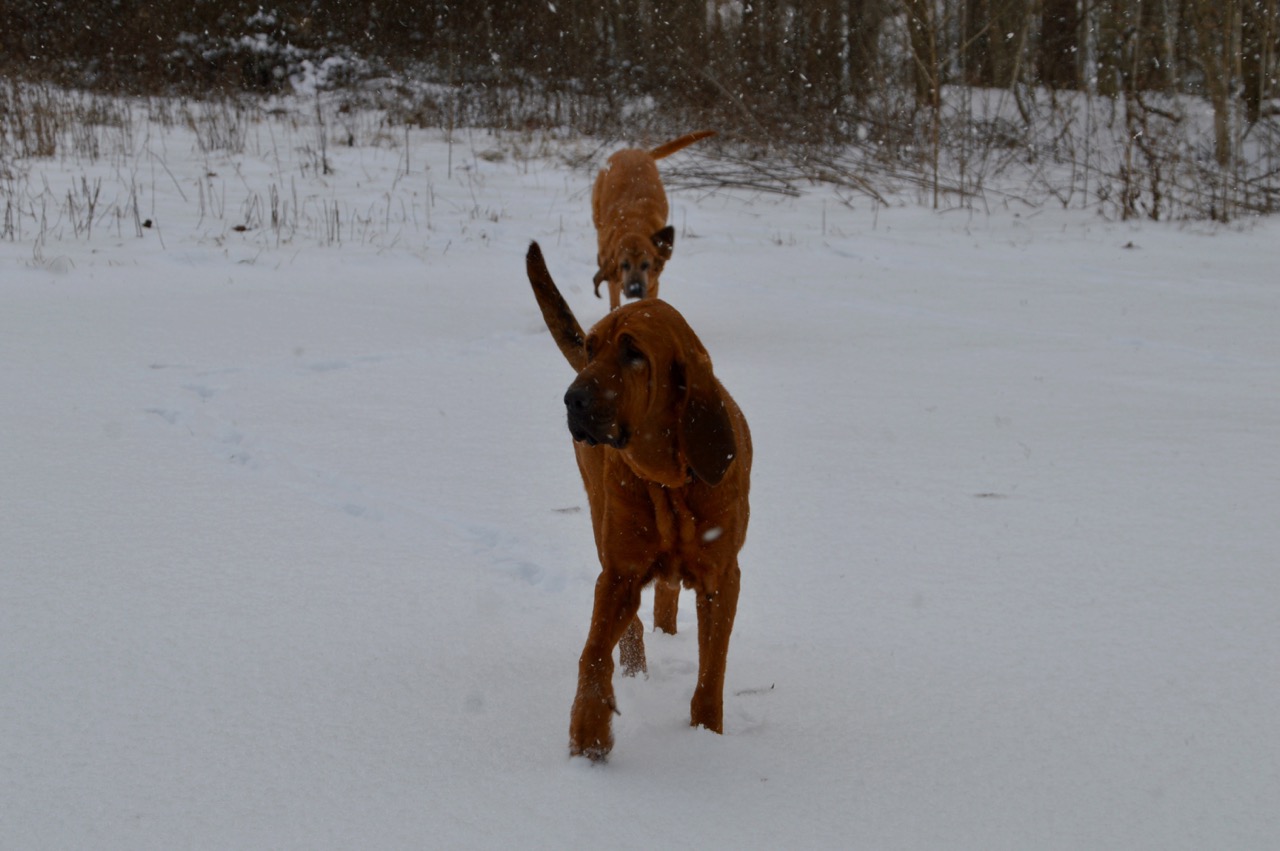 Once Sadie ran back to the house Stella was ready to move back inside for her late morning nap. 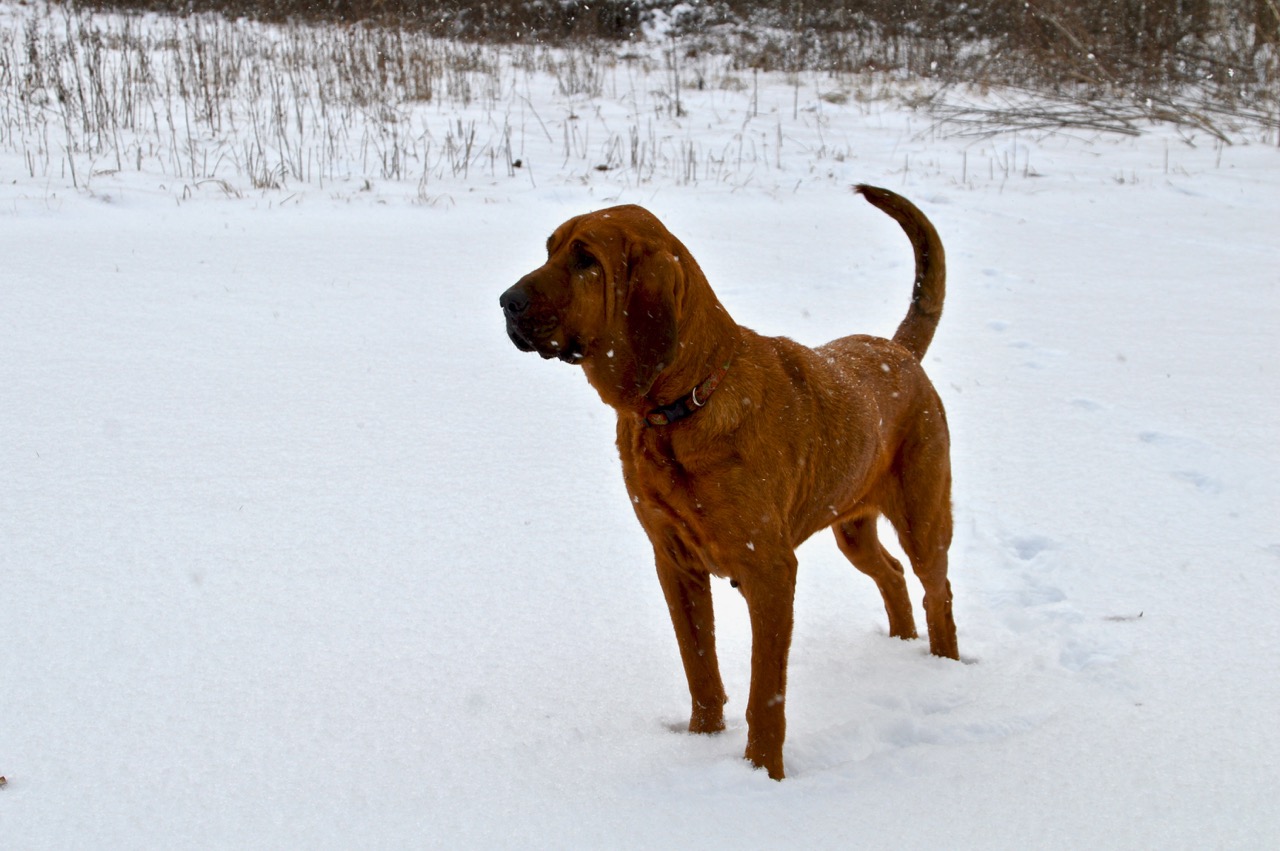 Yet, it felt warm enough that a walk might be possible. Stella stood and checked out the temperatures a little longer. It's not the temperatures that bother her, it's her feet getting cold in the snow that gets her to turn around. So far there were no signs of 'cold feet'. 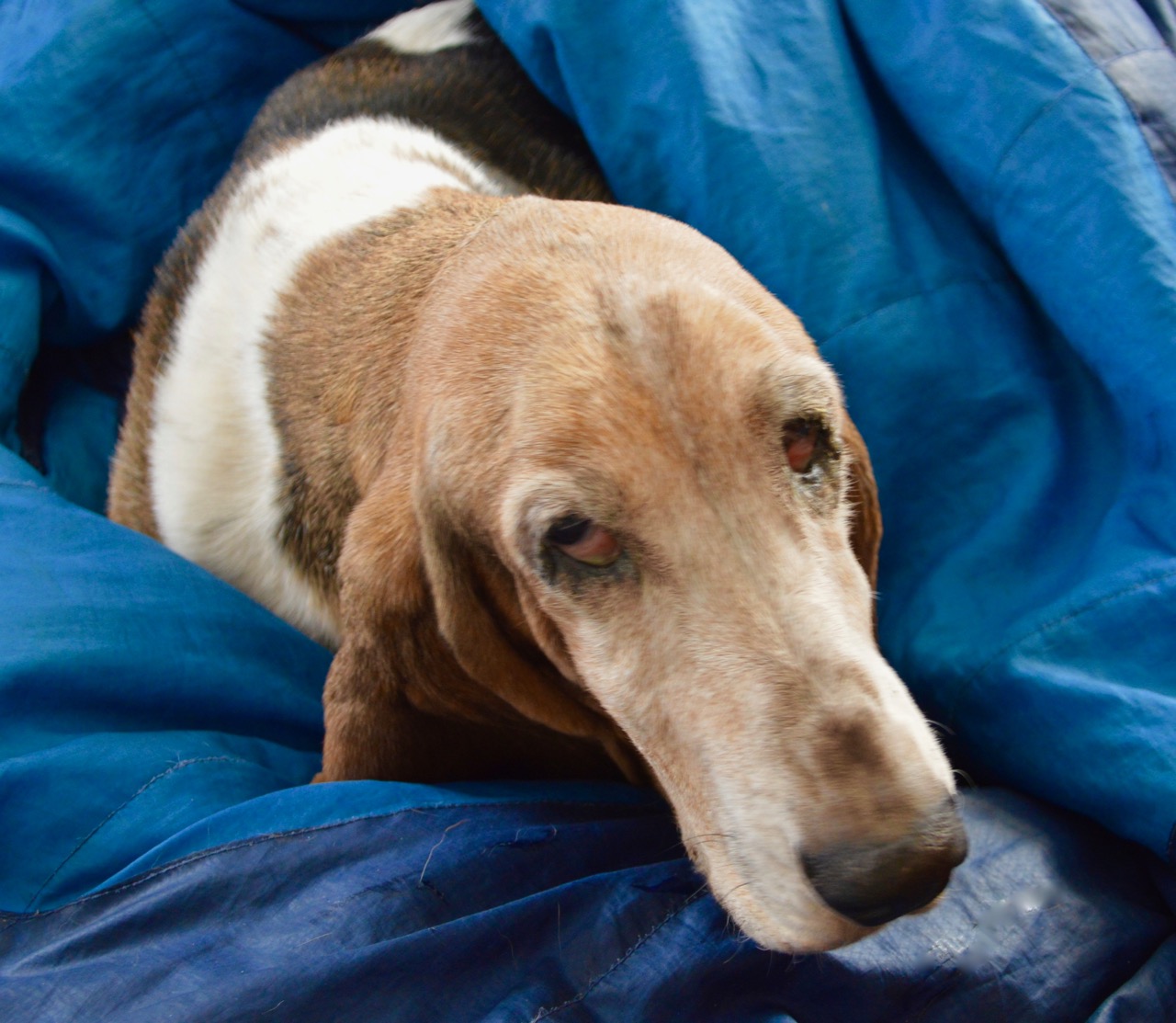 Heidi thought we were insane for going outside. She had spent a few minutes out this morning after we got up, as I was pouring their morning kibble, She was positive she was not moving from her sleeping bag. She couldn't believe when I asked her if she wanted to go for a walk. 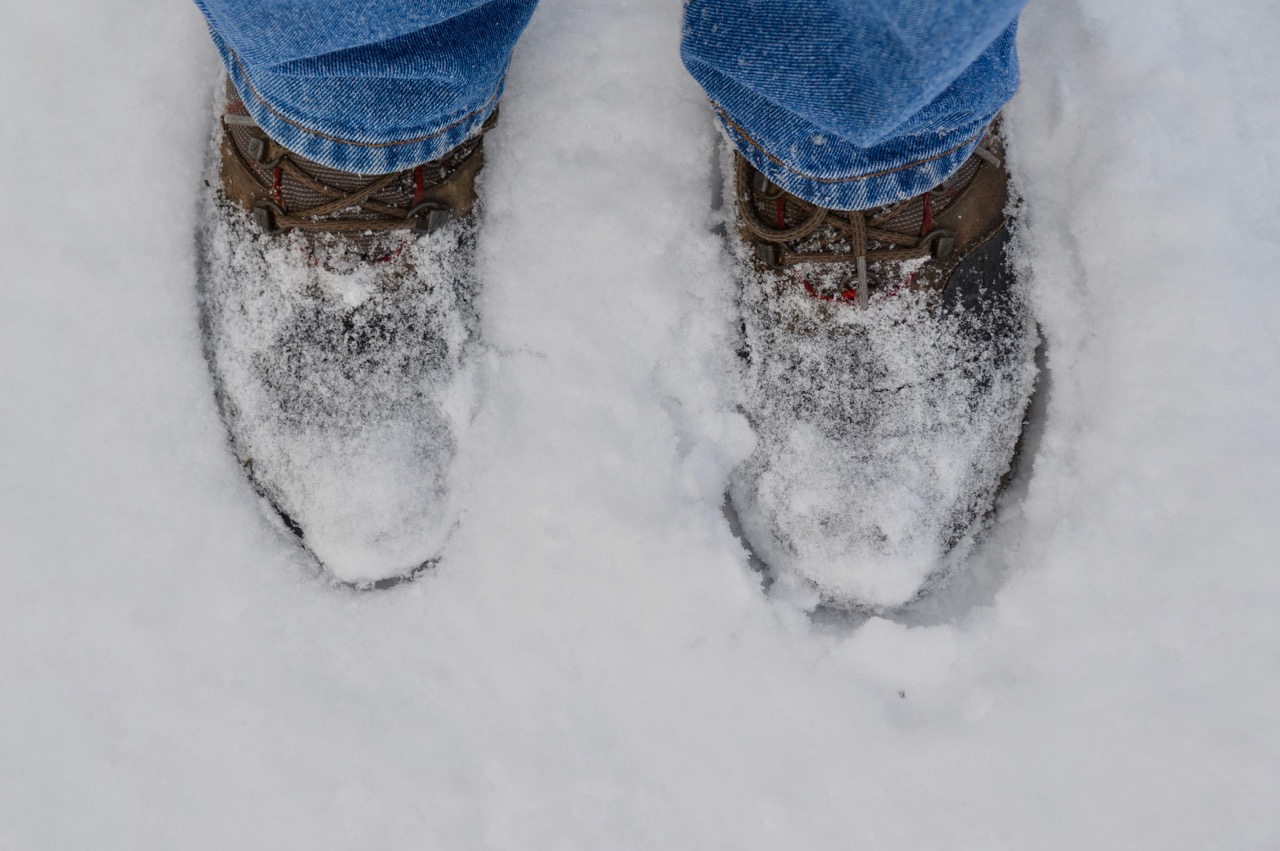 I came back inside and switched from the hiking boots to my North Face snow boots. I knew with the down parka, ski cap and gloves that I would be warm enough to make the half mile walk. I was pretty sure that we would not be outside too long before Stella would get cold enough to come back inside. I didn't feel we would get far. 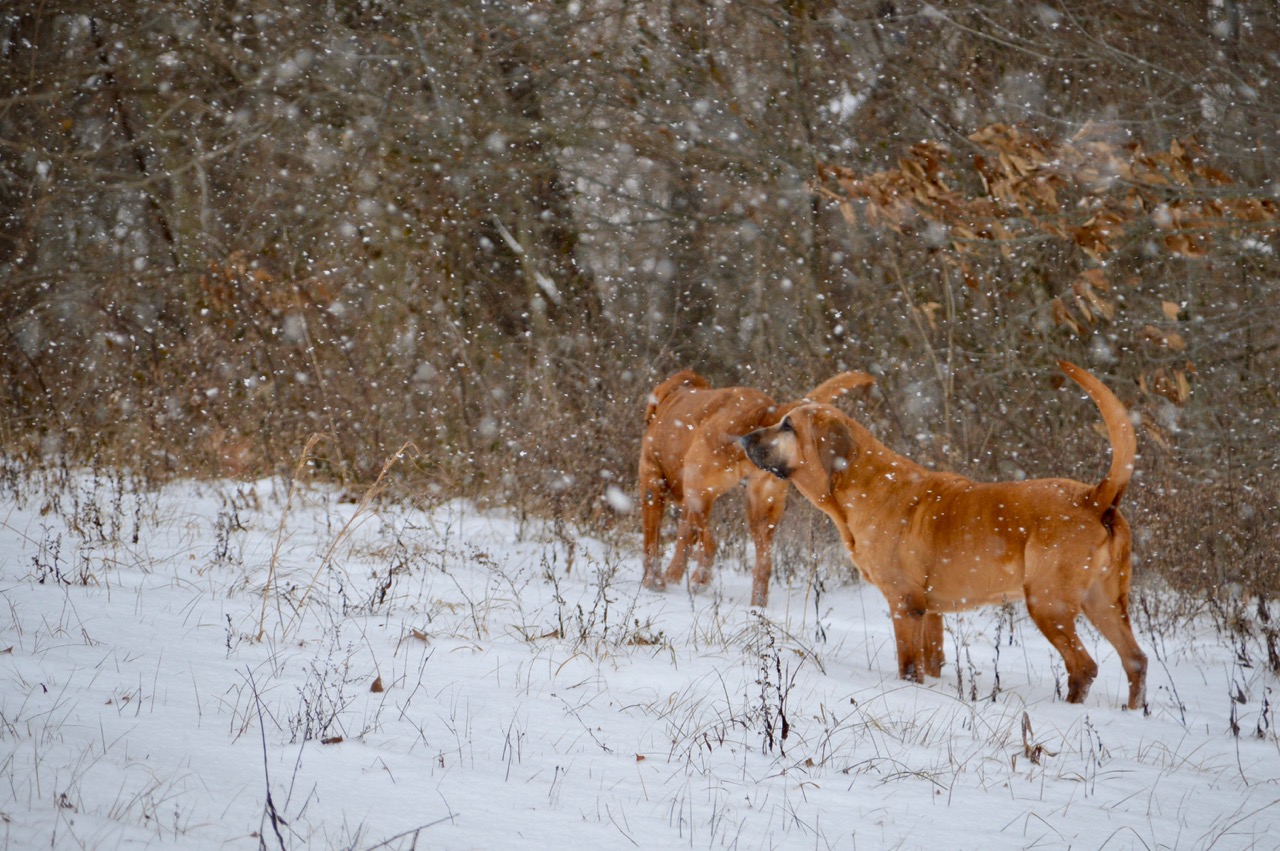 Of course Sadie loved it because we were 'walking' ... that is all she wants and to exercise her nose. 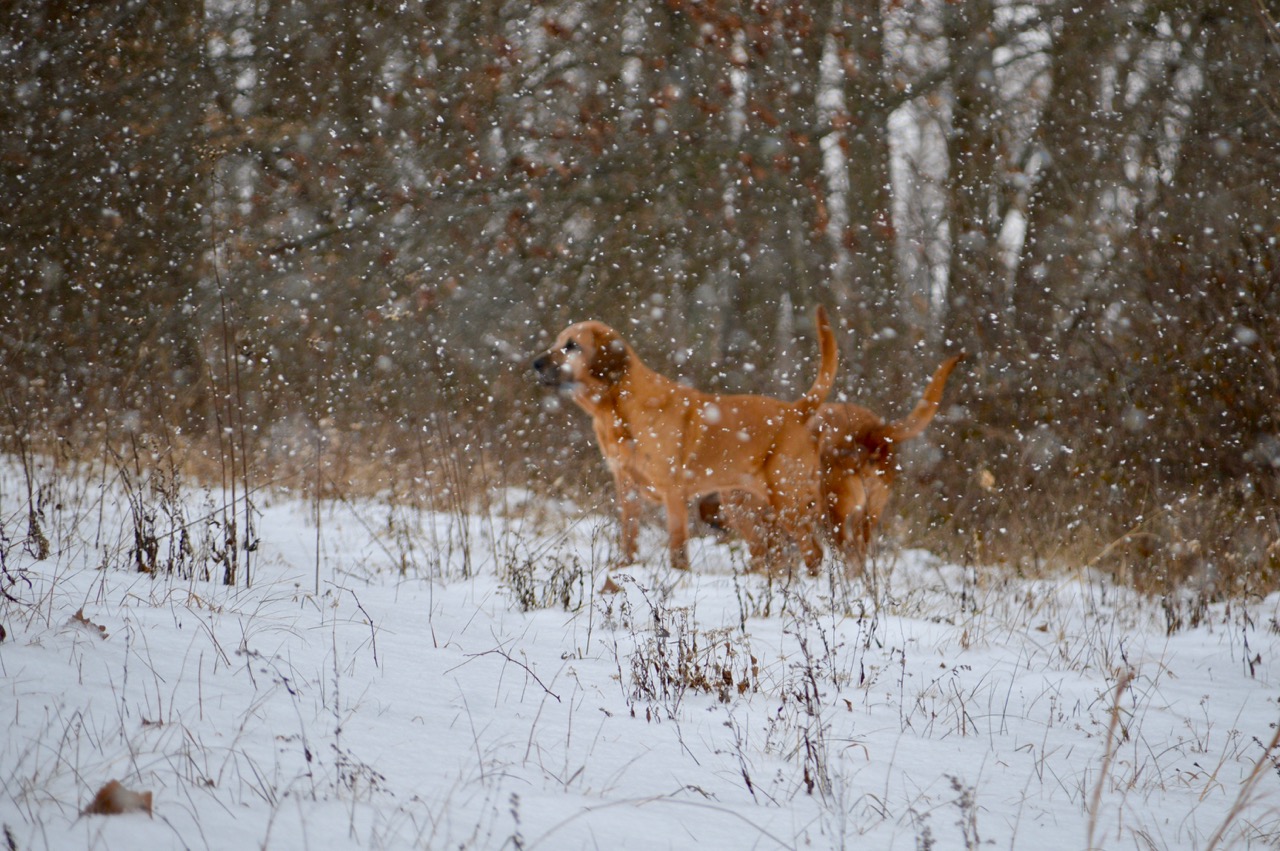 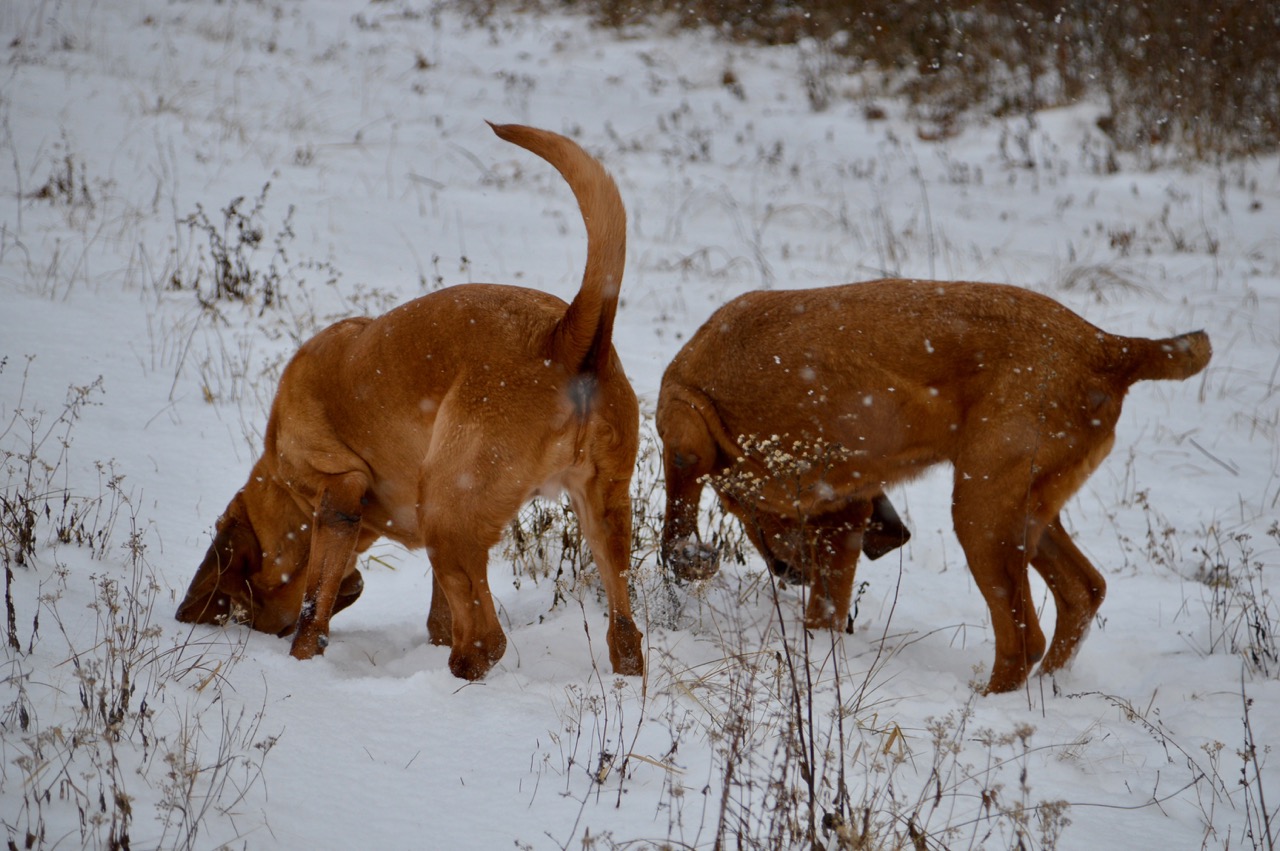 They both started off with excitement, hopping around, trotting in different directions as they felt snow under their paws. Something told me we would not be going too much further even with me warm enough to complete our daily walk. 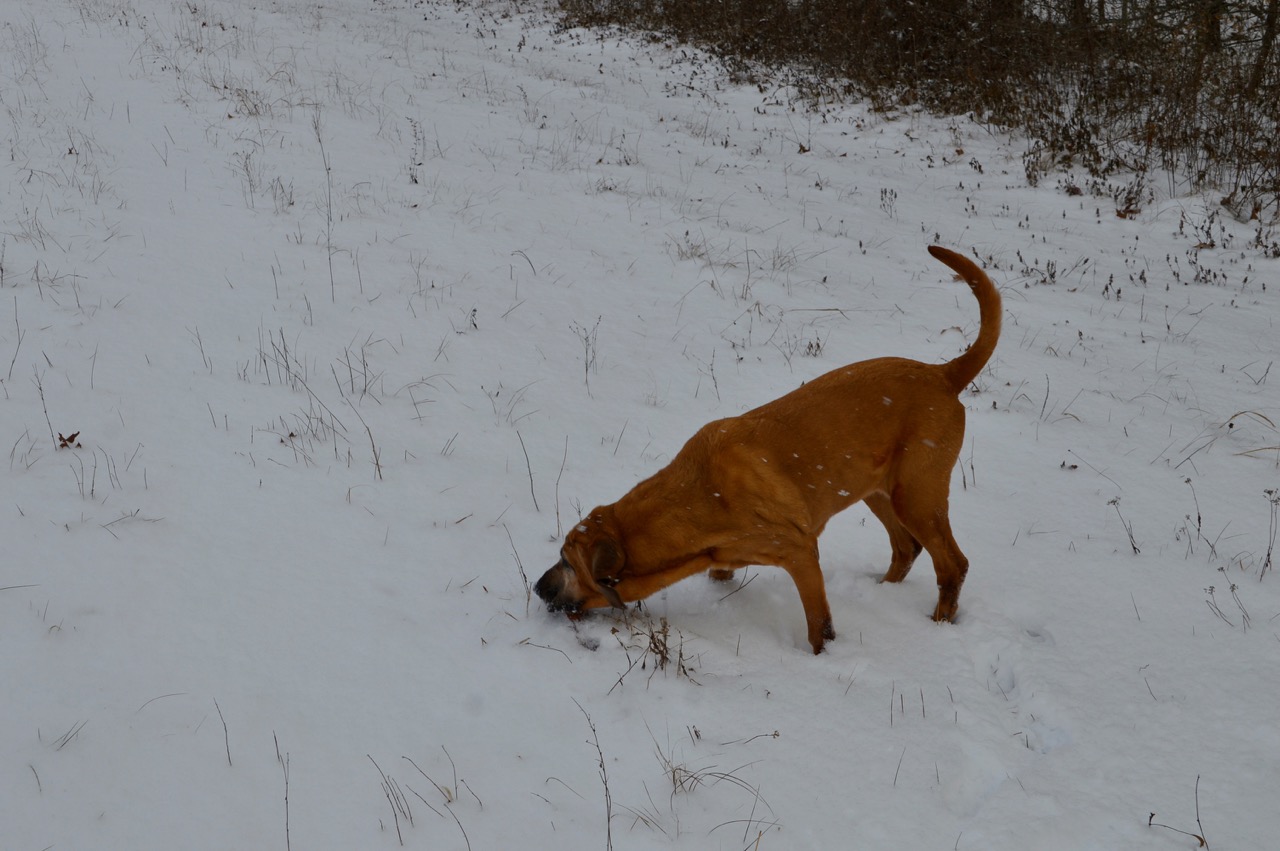 Sadie was moving around faster than my camera could catch. I would love to transfer whatever she smells into some kind of computer software that would let me know exactly how strong the scent is, then tell me the source. 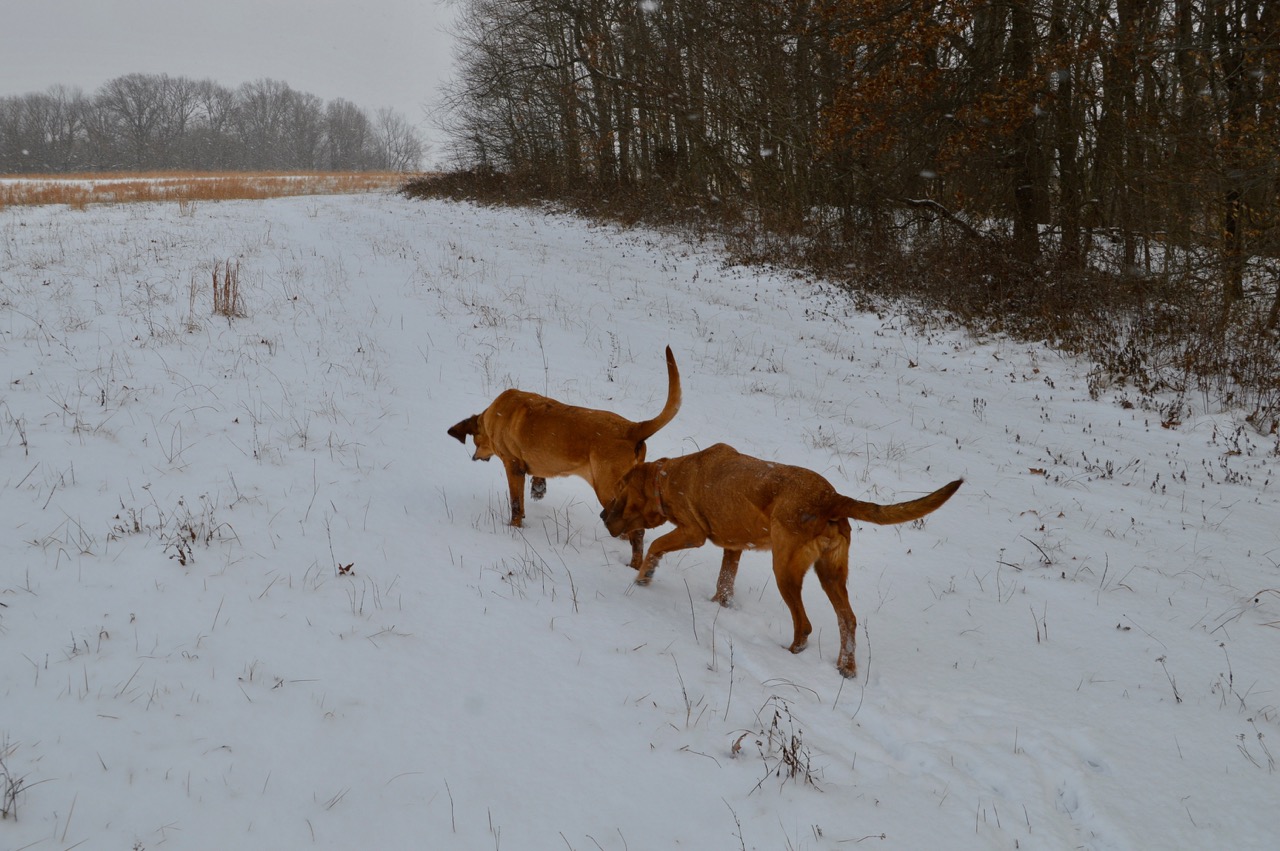 It was about this point of the walk that I thought I noticed a slight stagger from Stella and even some cautious walking by Sadie. Both were showing signs of getting 'cold feet'. Were we about to turn around? 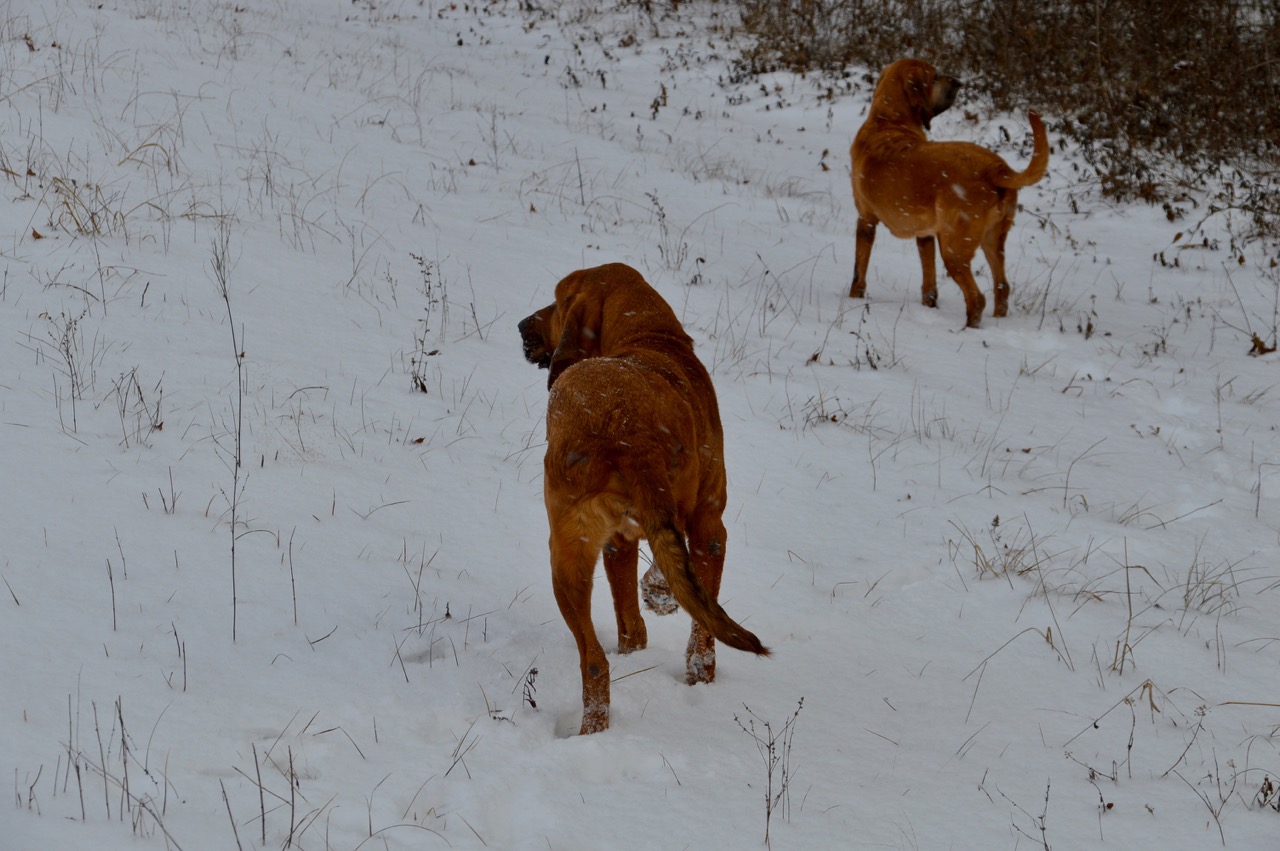 There's the sign that Stella is not going to walk anymore away from the house. That raised paw had me turning around and telling them "let's go home". Sadie did not even hesitate when she heard those words, as both of them turned around and headed for home. 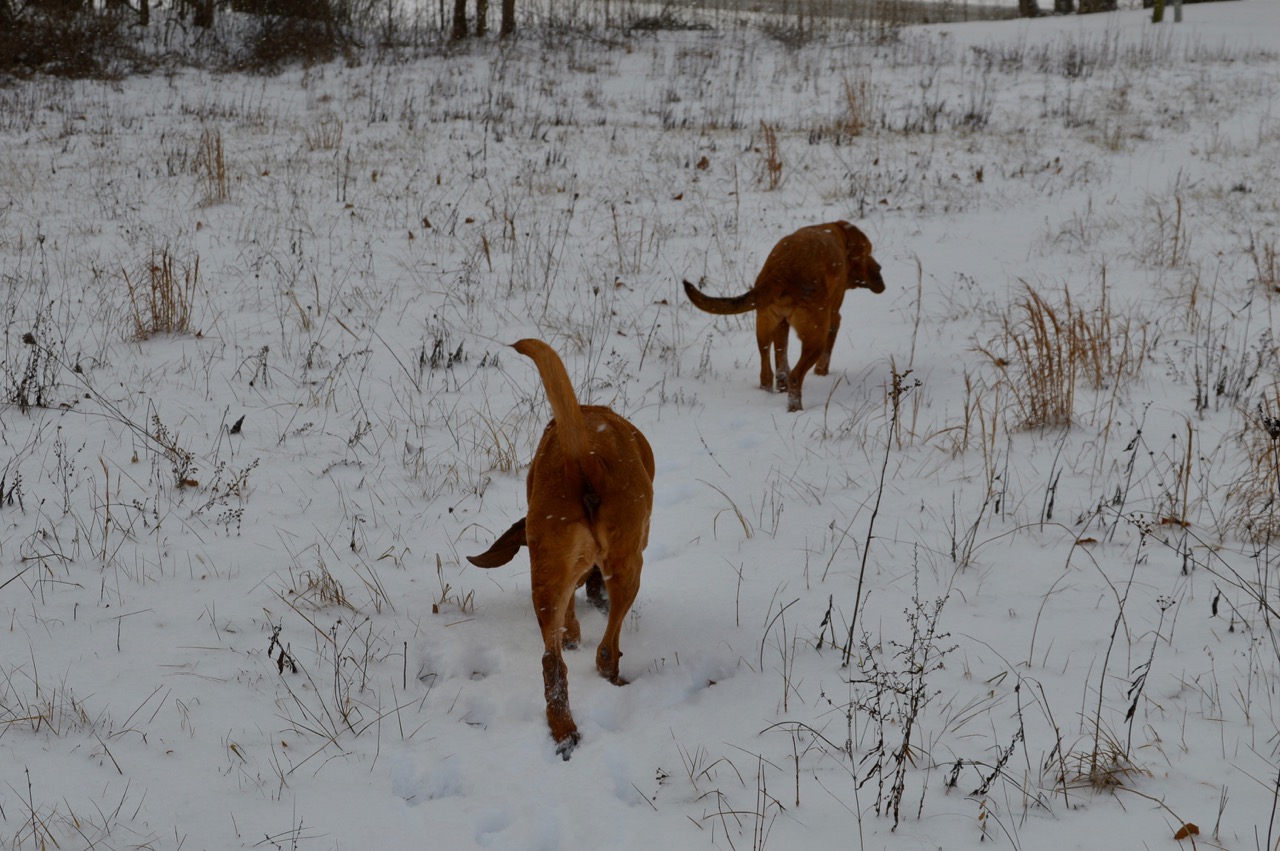 But it wasn't fast ... Stella was creeping slowly, lifting her paw off and on, then continuing. Sadie also stopped a couple of times and lifted her paw but she acted as if it never happened. She didn't want me to see that she couldn't walk in this stuff. 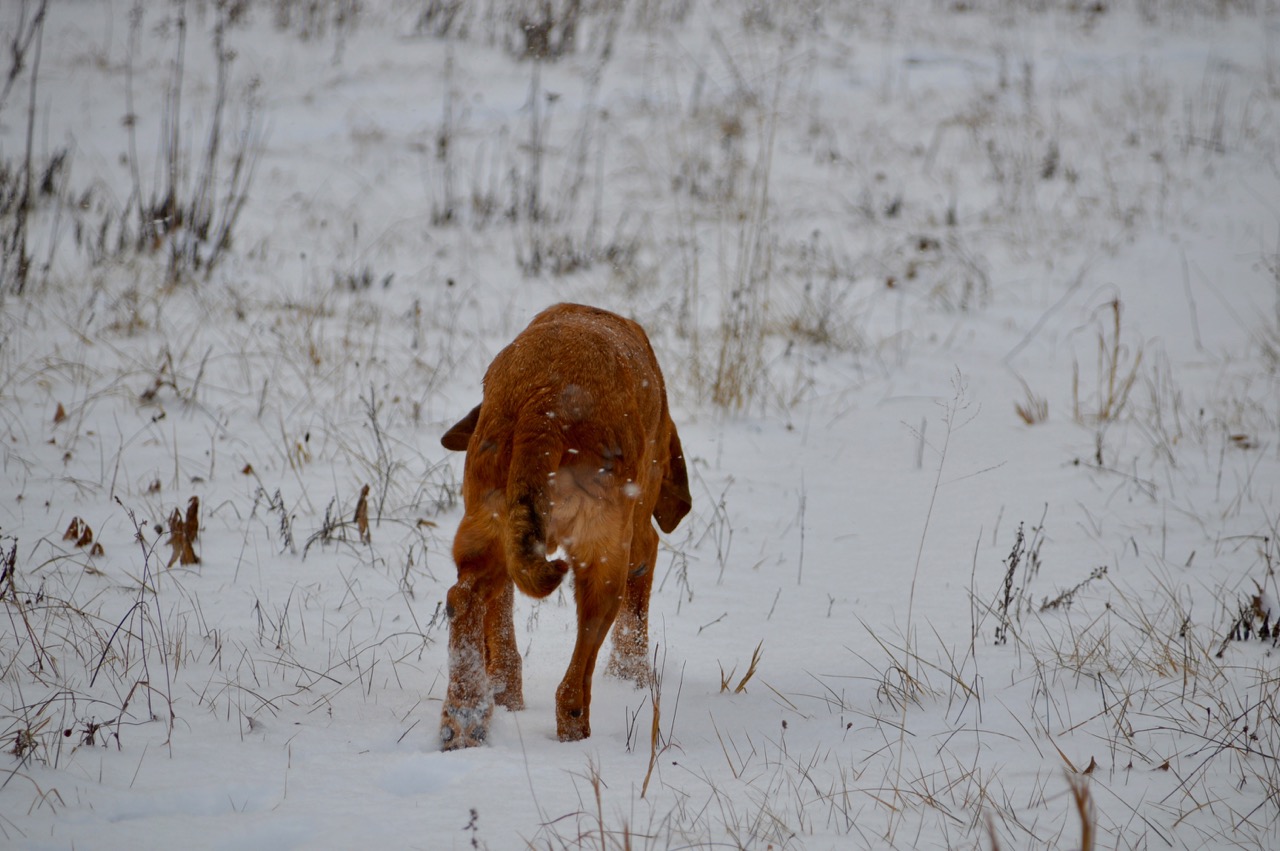 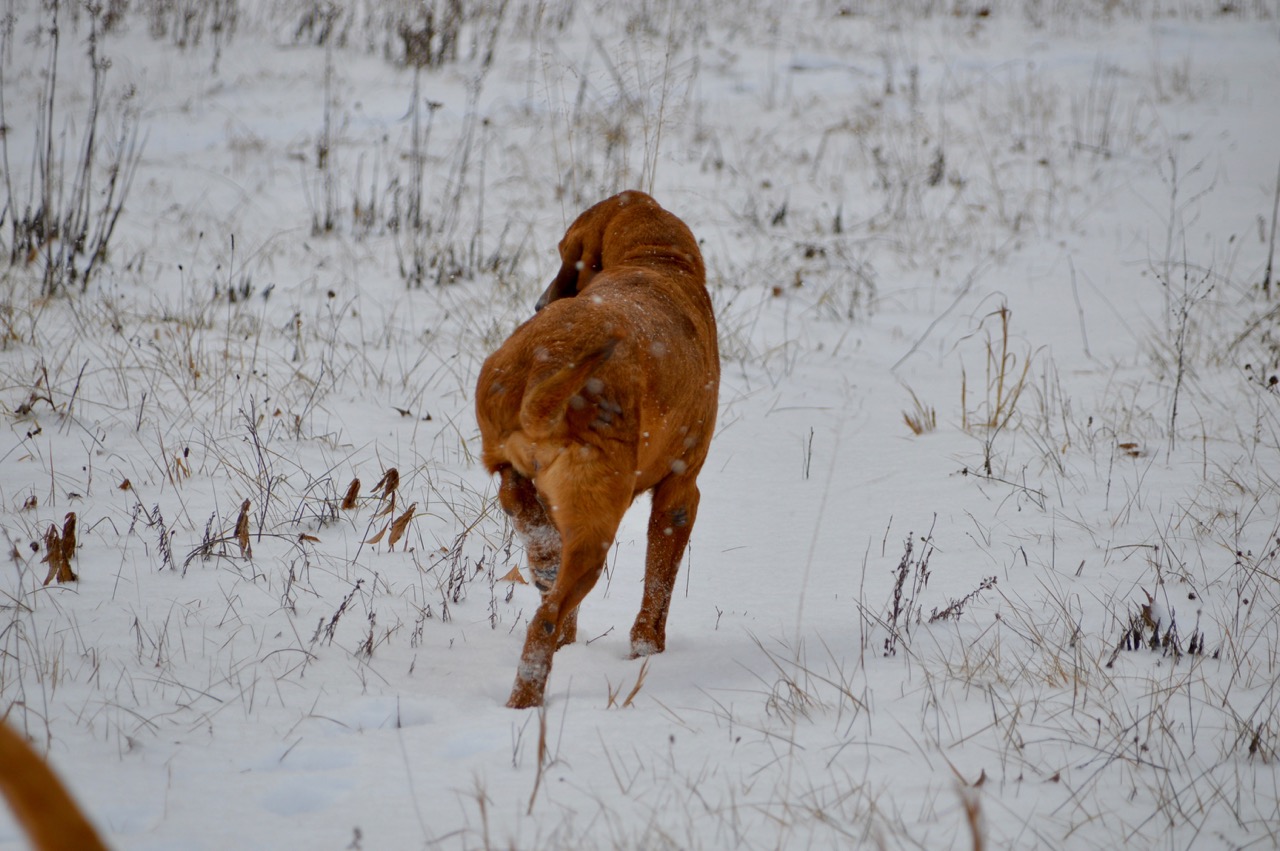 Almost to the yard but now Stella's other paw is cold. 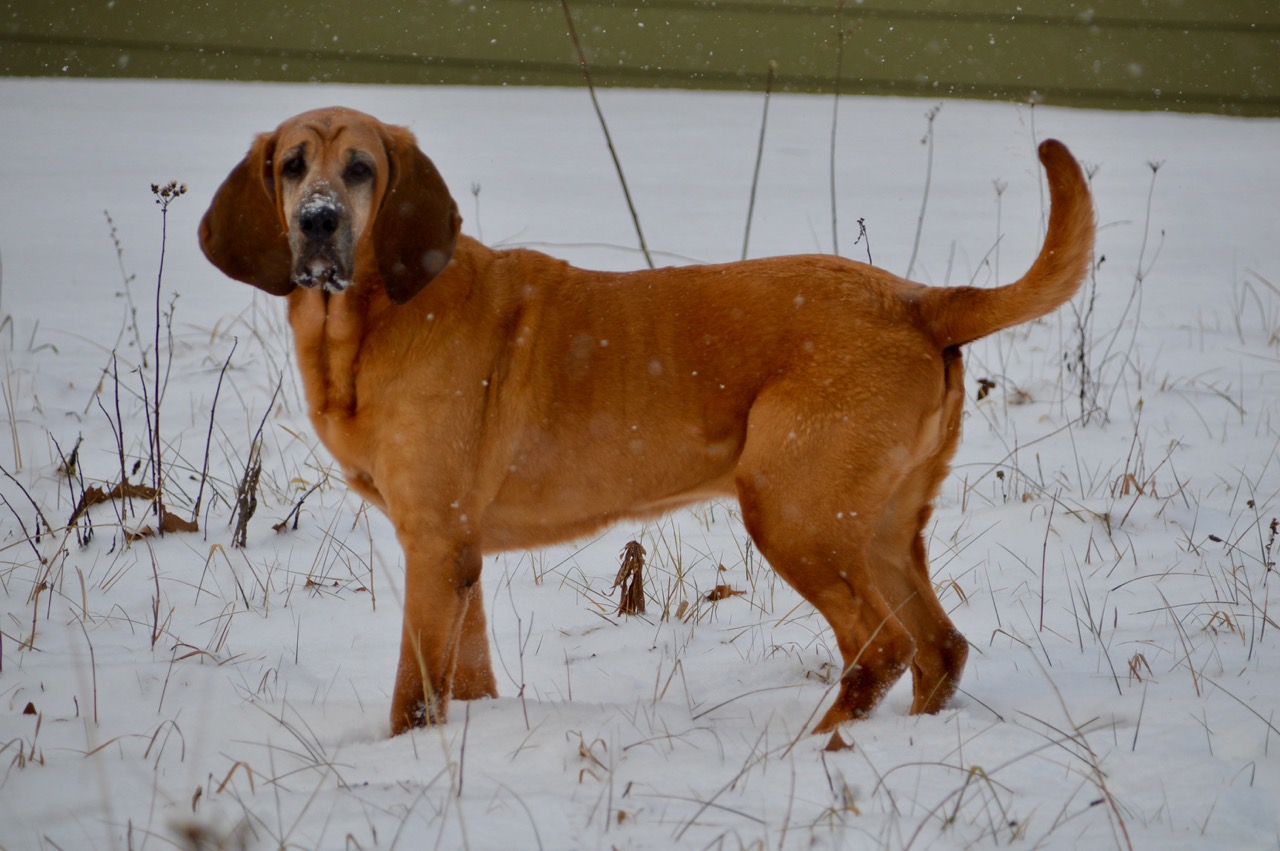 Sadie was sure that I did not see her raise her paw on two different occasions. If I had, the chance for any kind of walk was not possible. Still she even thought there might be a chance for her and I to come back outside and do the half mile walk, after leaving Stella inside. By the time we hit the door way, Stella was pushing her nose hard against the door to push it open and Sadie was right behind her, fighting her way in front to be back inside first. They both trotted into the living room, happy to be back where it was warm.

The hound walks have been canceled until further notice.

By the way the wind chill temps look, it might be not until next Thursday where it will be warm enough to get out into the field. This snow isn't melting until then and then the field will be saturated with freezing water and slush.

I guess after I changed the blog format to a two columns and made the width a little narrower, the Ukraine bots decided it was time to visit and collect as much information as possible. They seemed to like everything I wrote about the past October and each post had over 1,000 page views each after midnight. They had taken over the number one spot for total page views, way ahead but all of those from people in the USA.

I removed the long list of 'topics' on the blog sidebar because they were rarely clicked. I also wanted to make the right sidebar of information the same length as the post area. I made the blog narrower because I wanted the content to be about the same width as my photos, for it to look right. I think I like the changes but not 100% sure.

Not much planned today besides a day and night college basketball games, then a couple of NFL Playoff games late afternoon and one tonight on tv. I have all the ingredients ready for some small soft shell tacos on corn tortillas. I probably have more ingredients than that small tortilla can hold but I'll manage someway.

Evidently the hounds didn't mind cutting the walk off short ... they are in full stretch mode in two different rooms on the floor, sound to sleep as I am writing this. I am going to have to go back and take a look at those small towns in Arizona and one town in particular in New Mexico for available housing.

See what the snow does to me here in 'the tropics' of Southern Indiana ?
at January 13, 2018
Email ThisBlogThis!Share to TwitterShare to FacebookShare to Pinterest
Labels: Heidi's Cold Weather Plan, January Weather, Moving West, Sadie Tracking In Snow, Stella's Cold, The North Face Northopic Pro 2.0, Winter Snow