The Snow Has Come And Gone 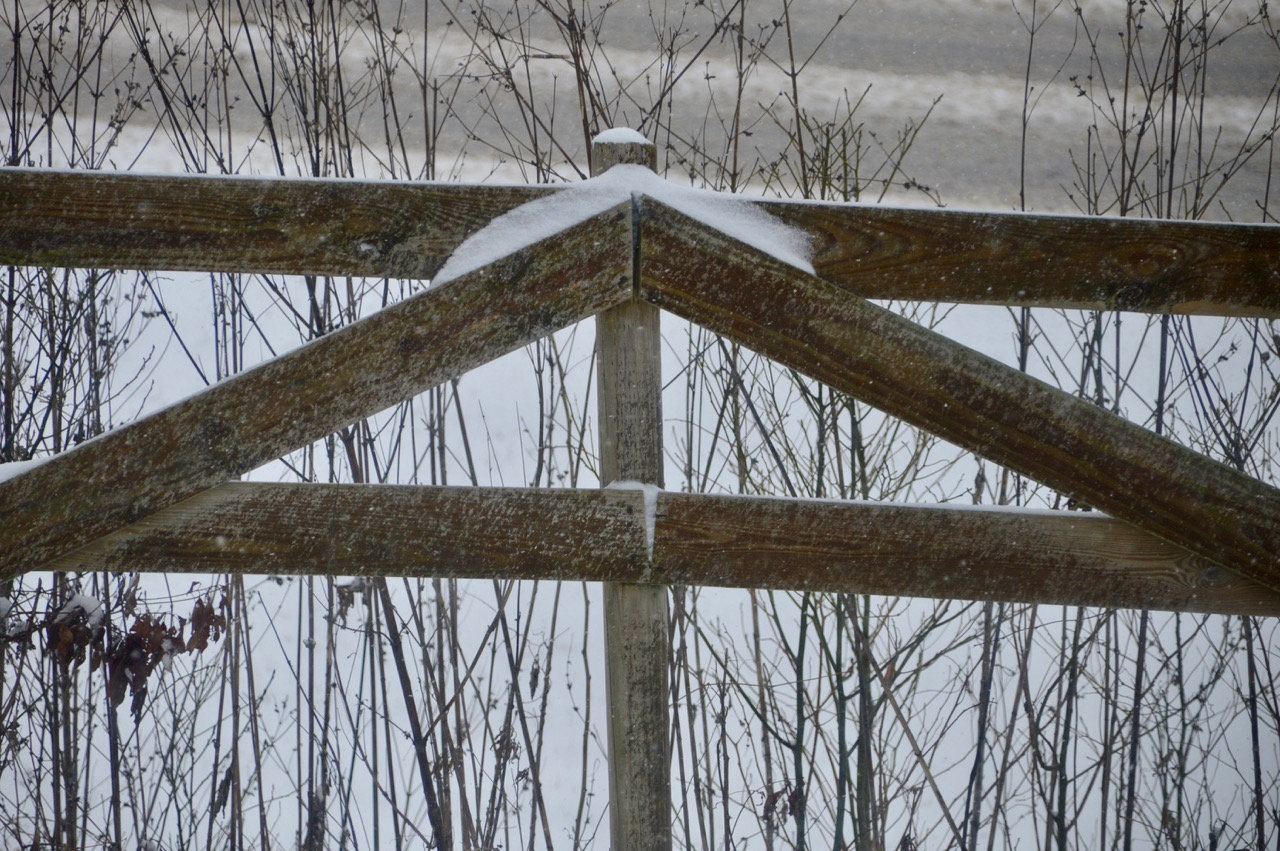 It started snowing harder around 3pm Friday but it didn't look like we were going to get much more than an inch. I was wrong about how much snow we would get. I thought it might be a good time to get the 2nd walk in but after a few steps outside and that freezing strong wind hitting me in the face, I cancelled it. 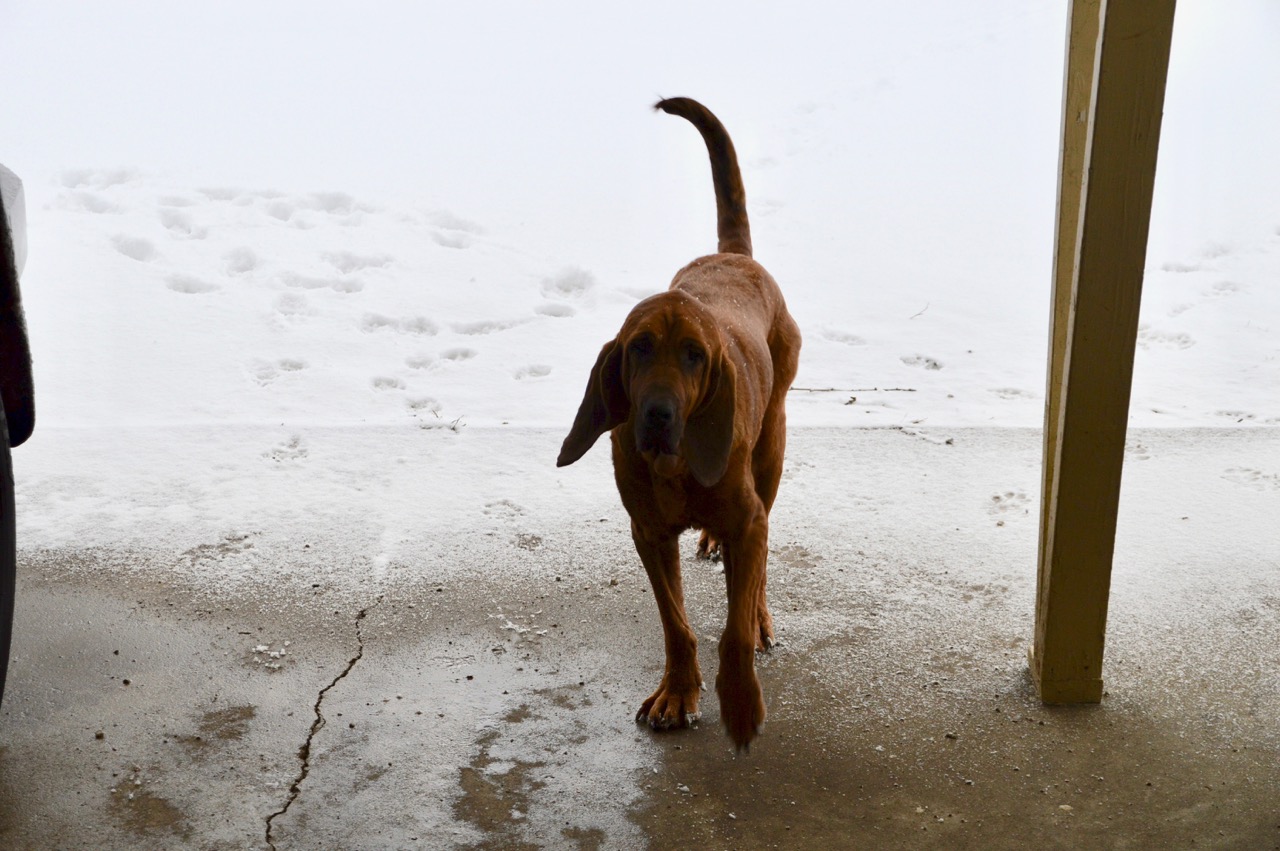 Stella didn't mind the decision since she was on her way back to the house before I made the official call. Radar was showing the snow storm was not going to last much longer. After that it will be just a week of freezing cold weather. 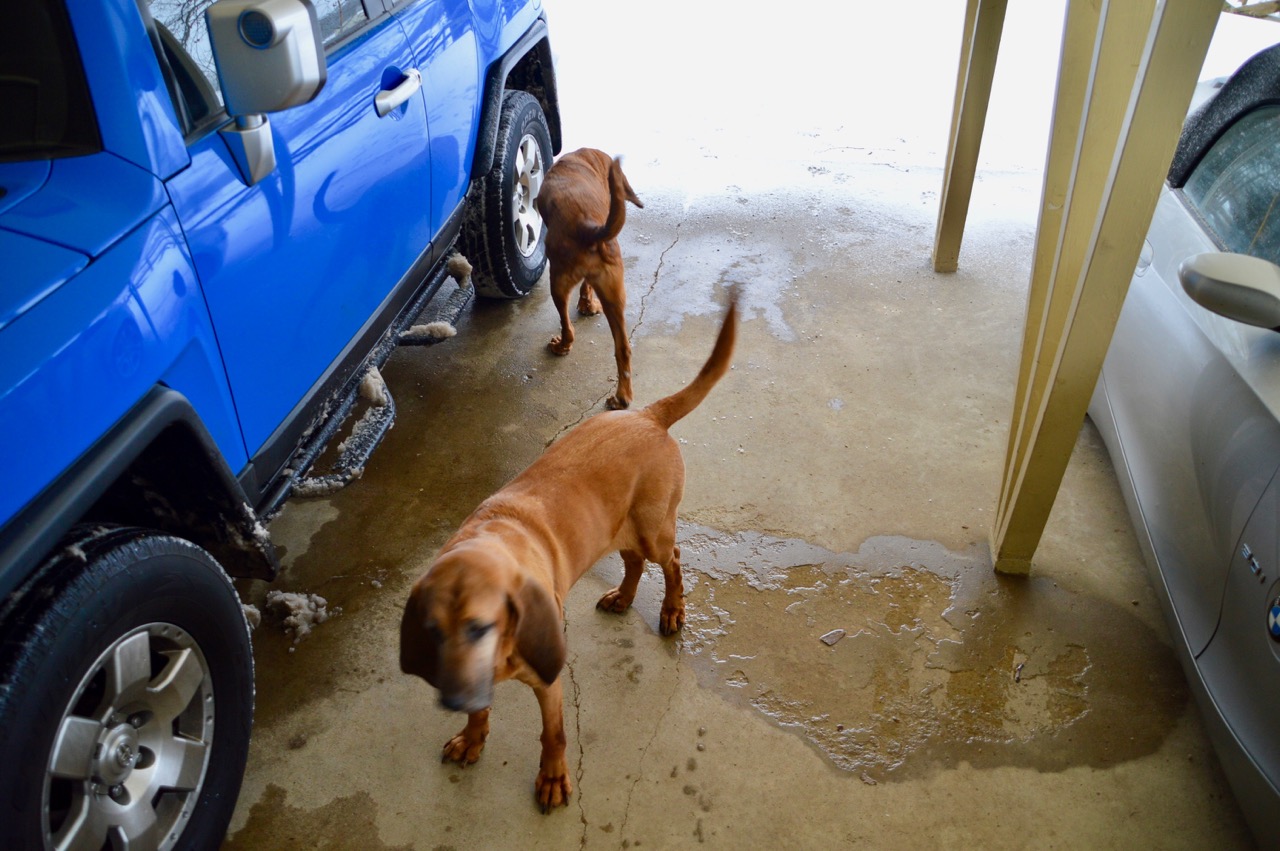 The hounds thought a ride to town might be possible since they couldn't go on the walk. I was done driving for the day, so it was back inside. 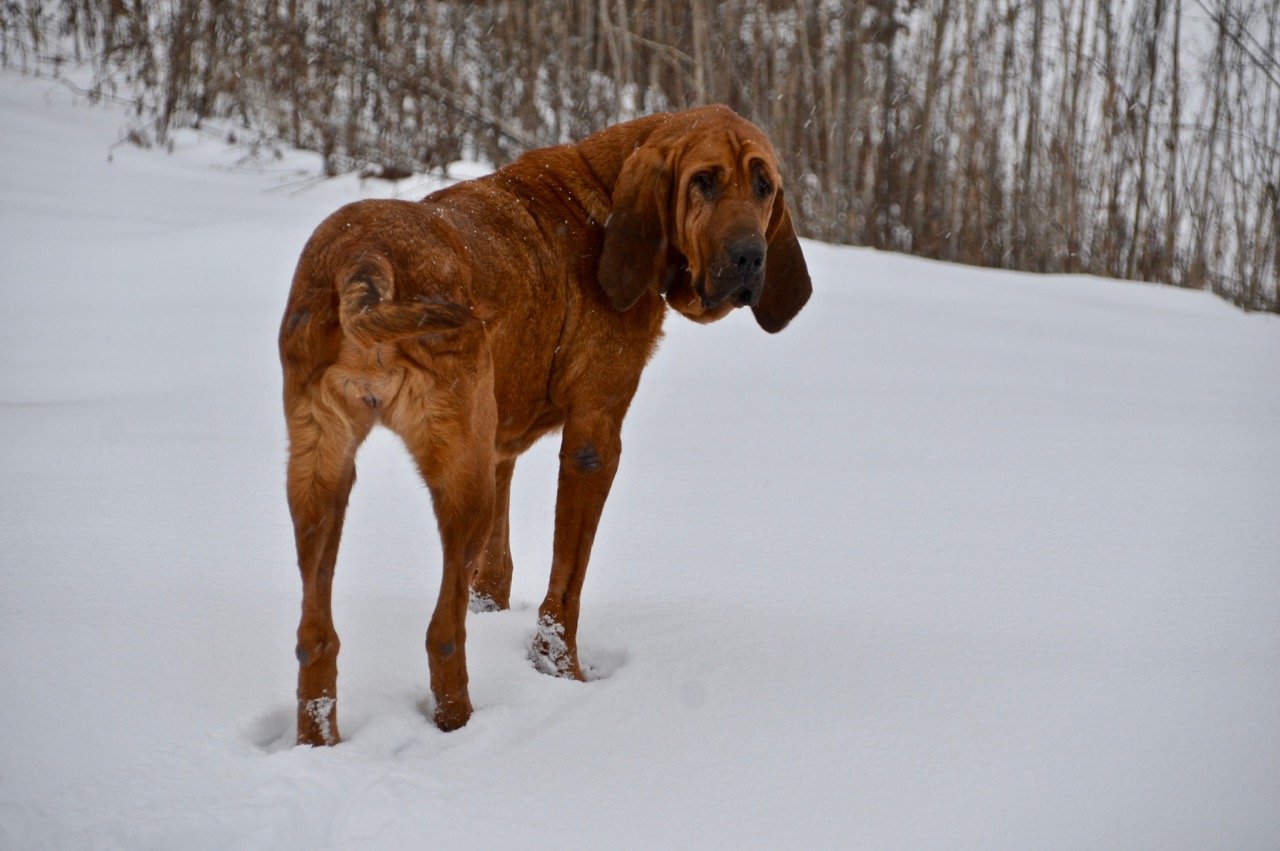 We waited another couple of hours and tested the temps again but it was too cold for me. Stella was checking to see if I was walking back to the house. Once she saw that I was, she headed for the door. 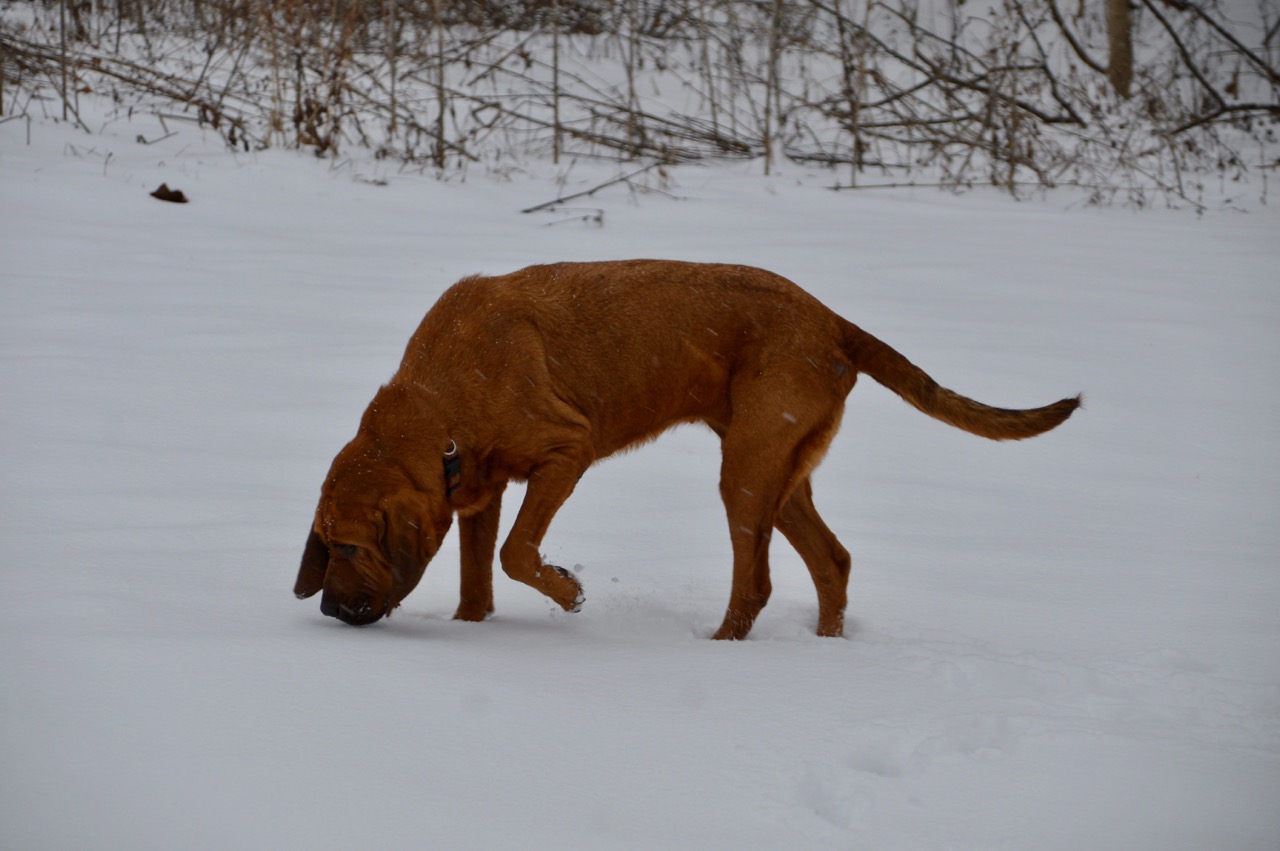 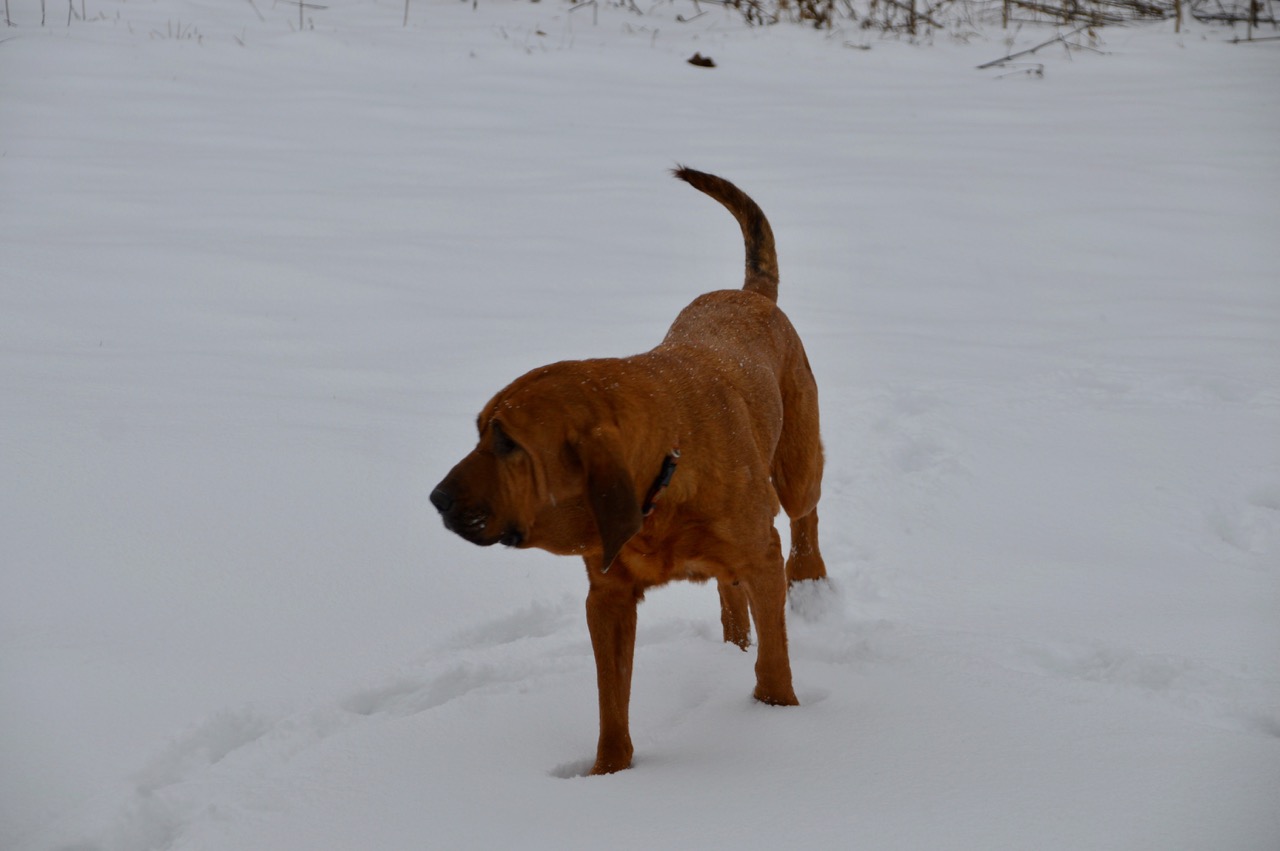 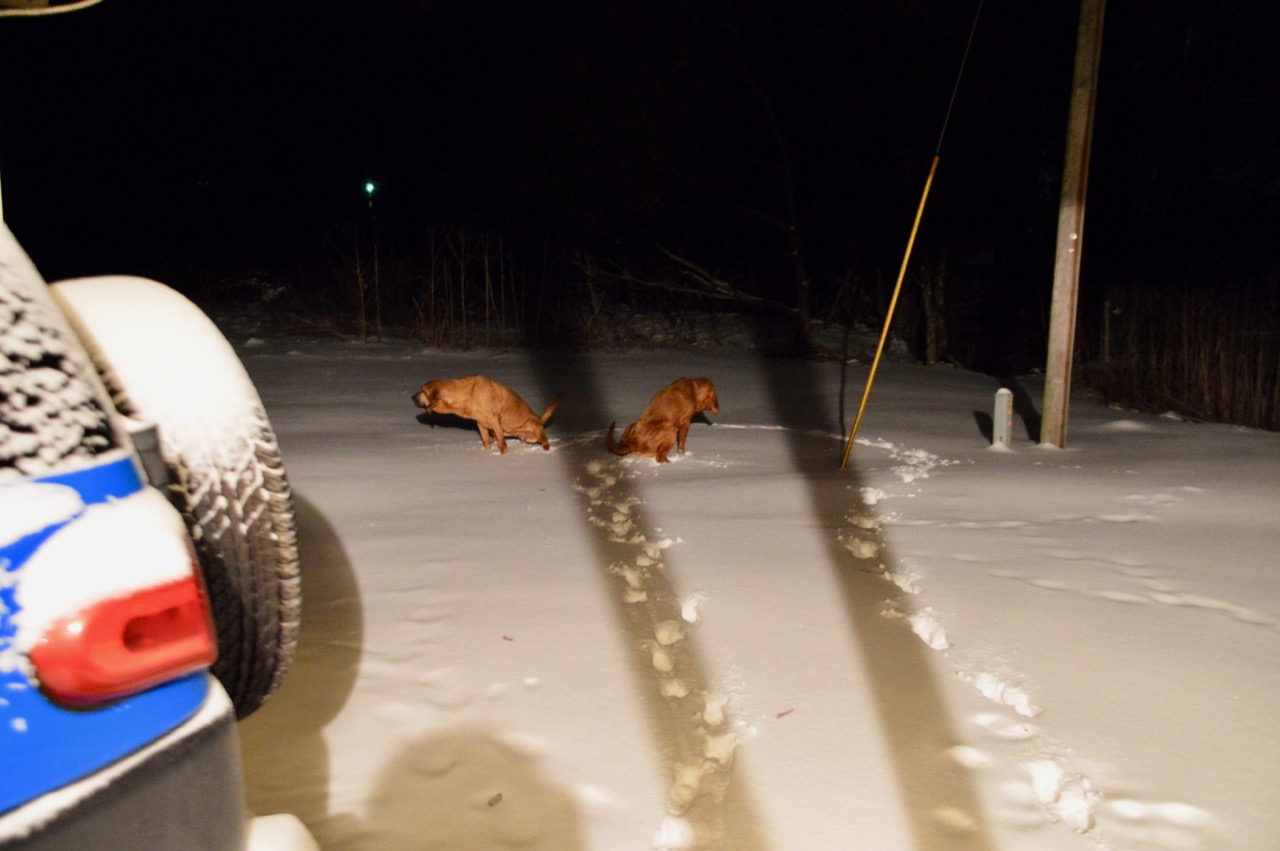 With the high winds rattling the storm windows I suspected a lot of the snow was going to be drifted. Heidi was not going to wake up to go outside but the bloodhounds always like to go out one last time before they officially call it a night ... even though they have spent sleeping through prime time tv. 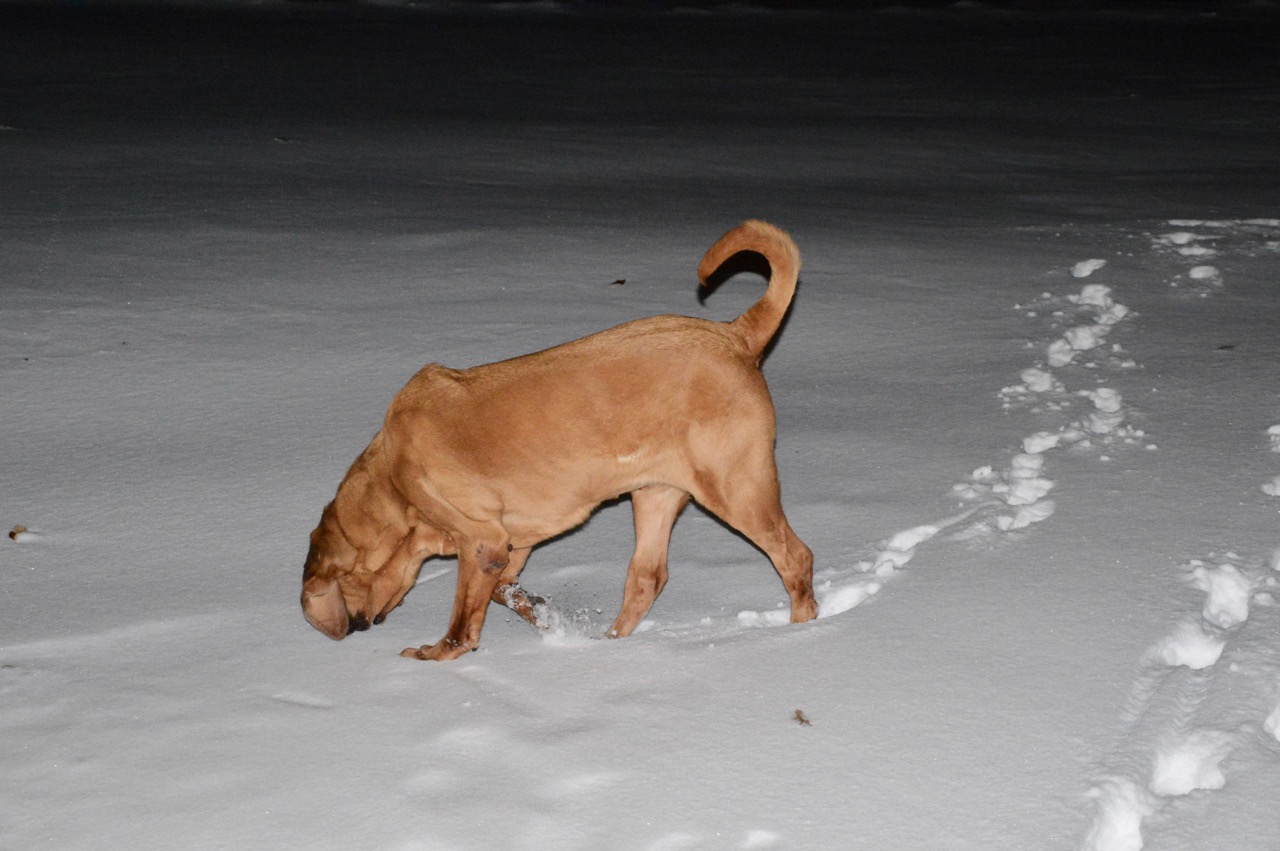 The camera flash worked well and my hands were surprisingly steady enough to have some clear photos in the dark at 11:45pm. 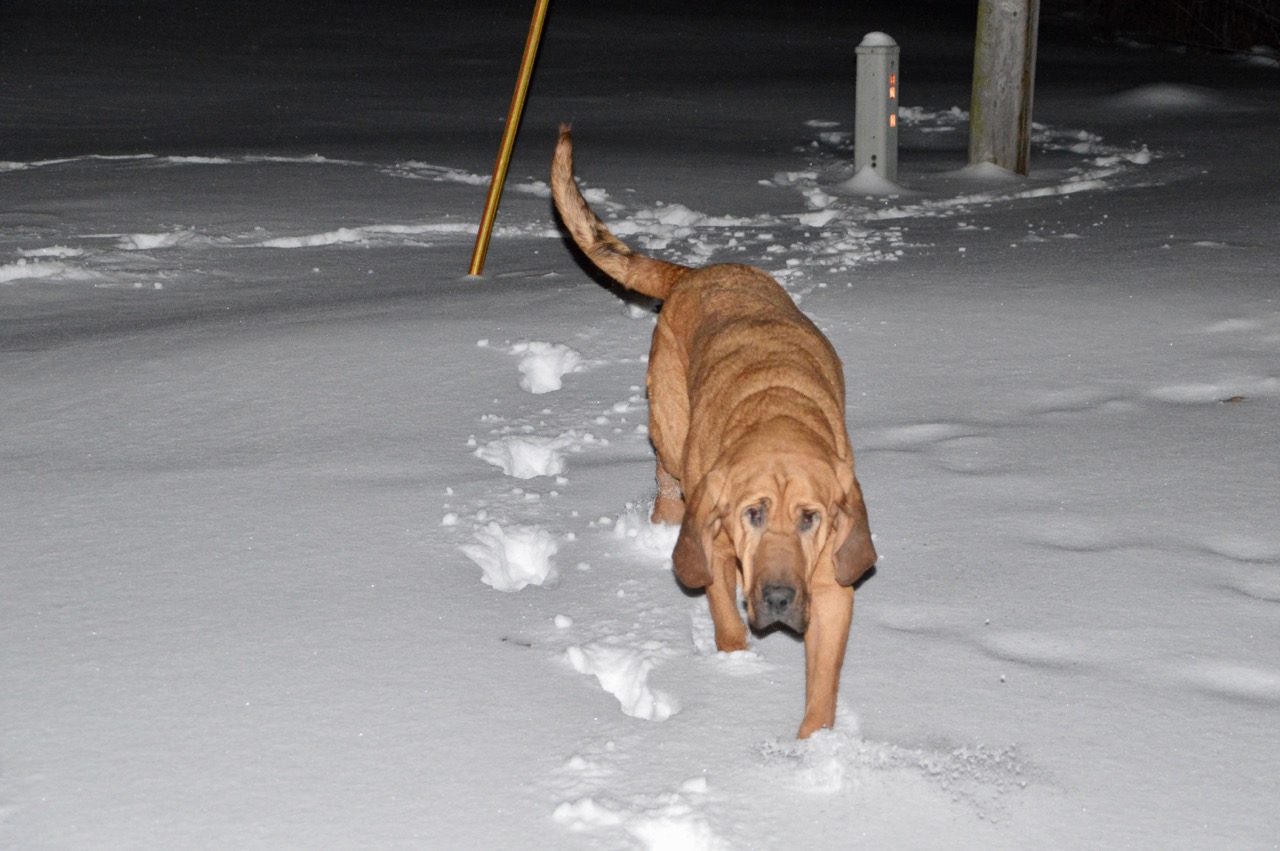 Looks to be around 4" in most place. It should be a nice Saturday morning walk and plenty of snow in the field to walk through. 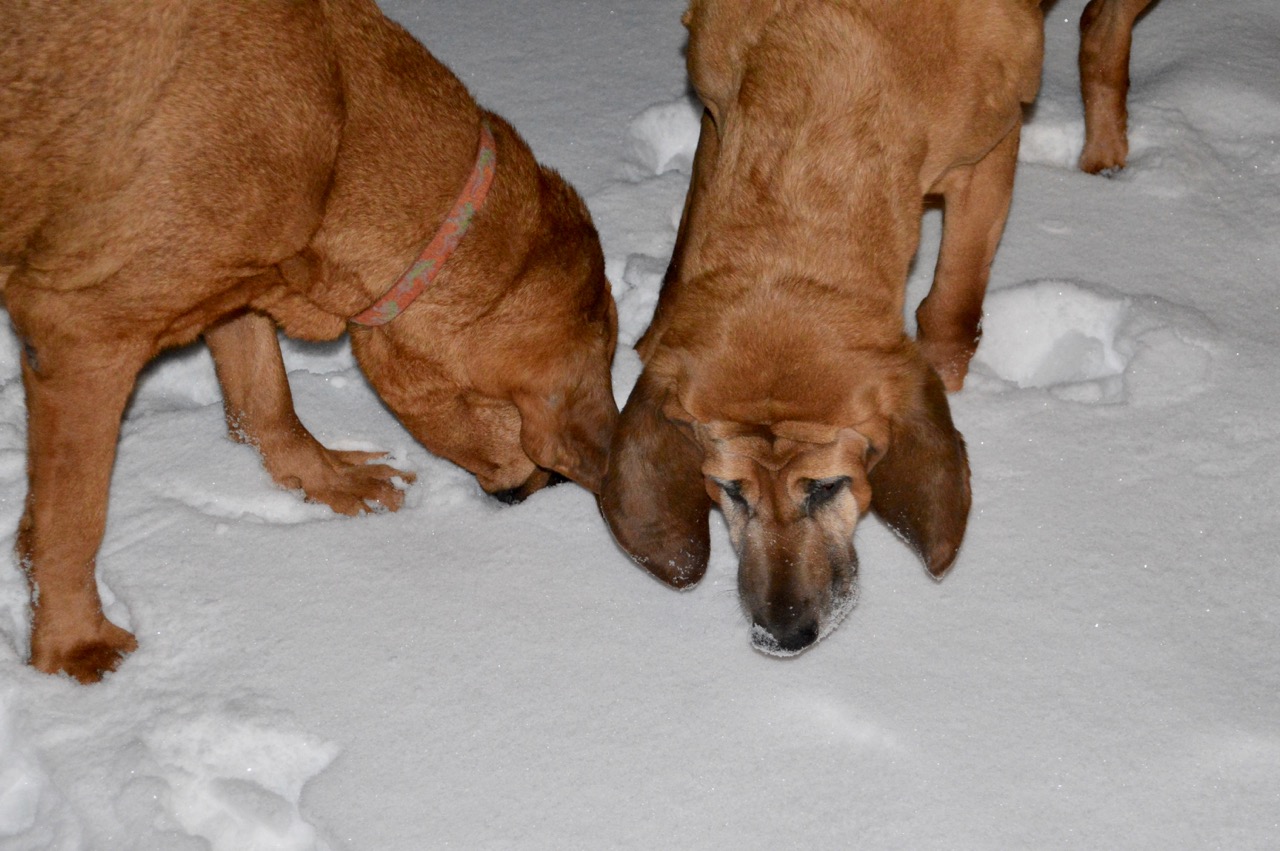 Sadie is always smelling something ... this is the top of the driveway right in front of the carport. There were no tracks at all in the snow until the hounds came out.

As you can see, I needed some sort of change on the blog so for the first time ever I have a blog with two columns.

The wind is howling tonight in 'the tropics' of Southern Indiana.
at January 12, 2018